I am 99.9% certain Tompkins Square red-tails, Christo and Amelia, have an egg as of today.

Although we cannot see into the nest, the hawks showed classic behavioral changes today that indicate there is at least one egg present. A fellow hawk-watcher provided this photo of Amelia hunkered down in the nest this afternoon. 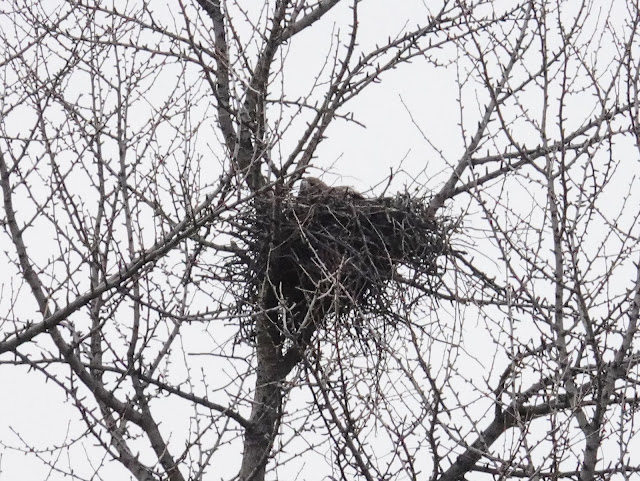 She stayed low in the nest for at least three hours and is roosting in it tonight. Christo visited her twice while I was there and she did not show any interest in leaving the nest to eat dinner. Christo spent the remainder of the day perched in a nearby tree and is roosting in the park.

If Amelia laid the first egg today, we can look forward to a hatch date around the end of April. In the meantime, the hawks will continue mating until the last (usually three) egg is laid. This is the first full mating/nesting season for Christo and Amelia, and I look forward to seeing them raise a healthy hawk family in our park.