The photo below (taken yesterday) shows one chick looking towards the camera, a second chick head to its right, and - get out your magnifying glass - a third white head barely visible behind the sticks to the left of the center chick. Amelia is on the far right. The last time Tompkins saw three hawk chicks was back in 2016. 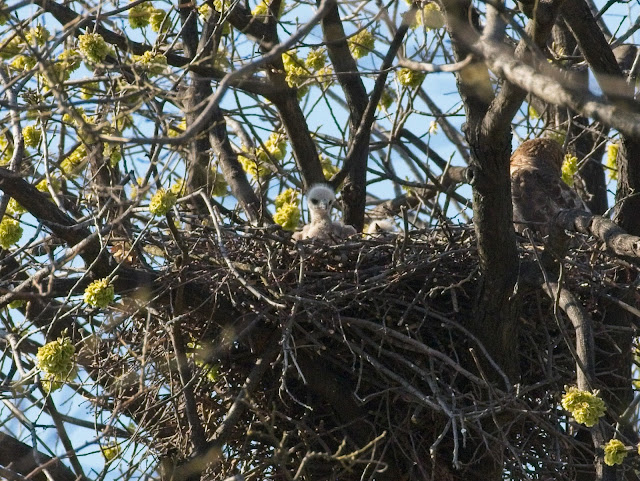 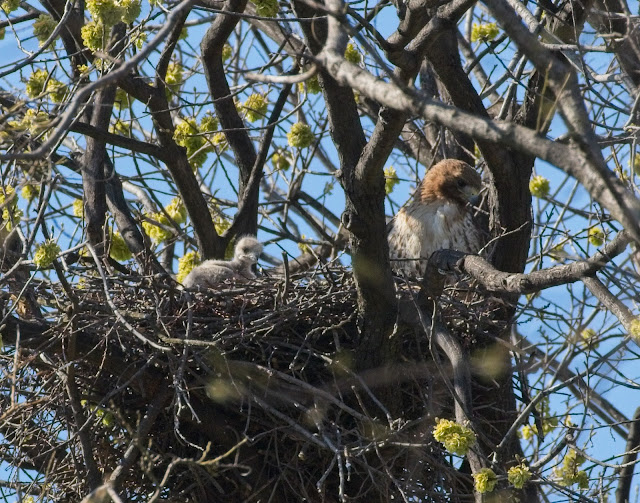 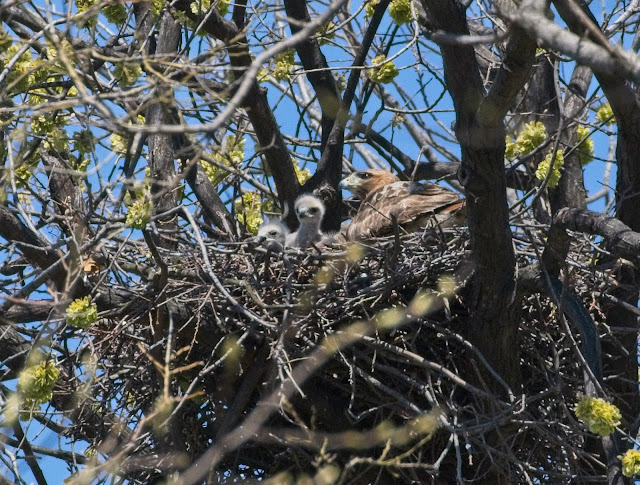 The nestlings are already stretching their wings, so I hope they show us more of themselves soon. 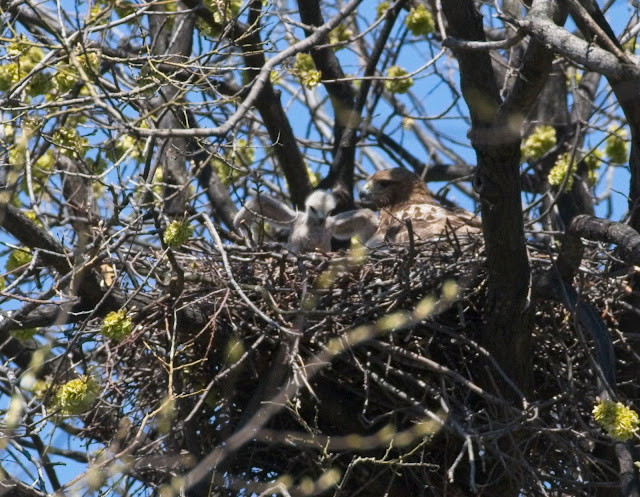 Amelia is an extremely dedicated mom, having spent the last several weeks in the nest incubating eggs and subsequently sheltering her chicks. I've barely seen her out of the nest at all, but I caught her taking a short break yesterday when she perched on the cross of St Brigid's church. 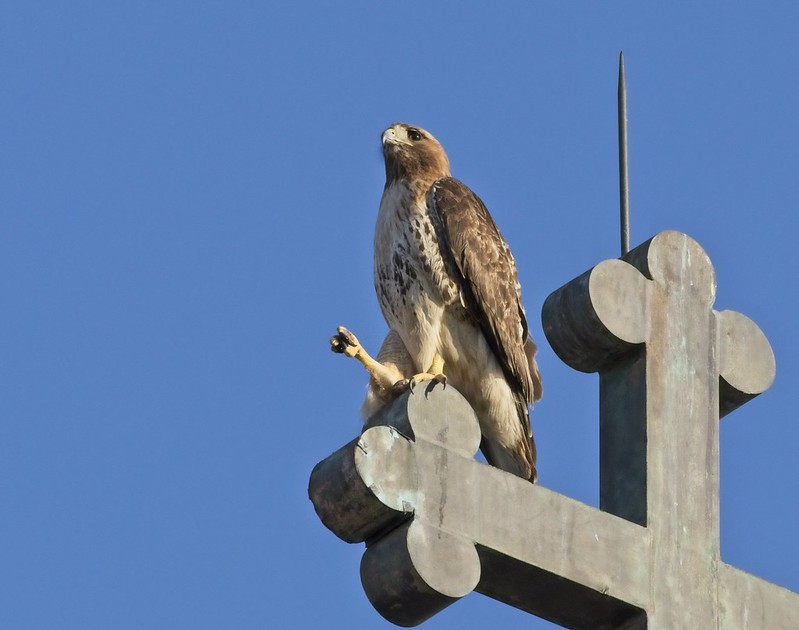 After spending so much time in the cramped nest, I imagine stretching out like this feels really good. 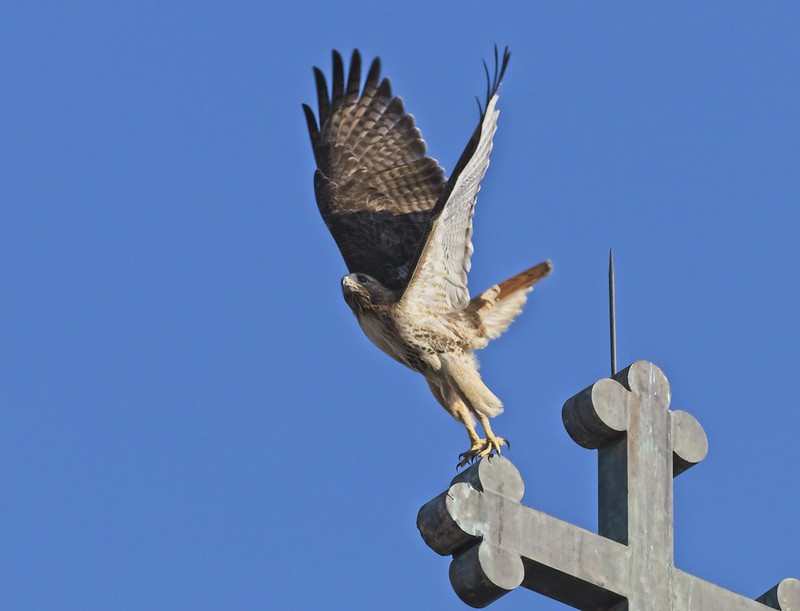 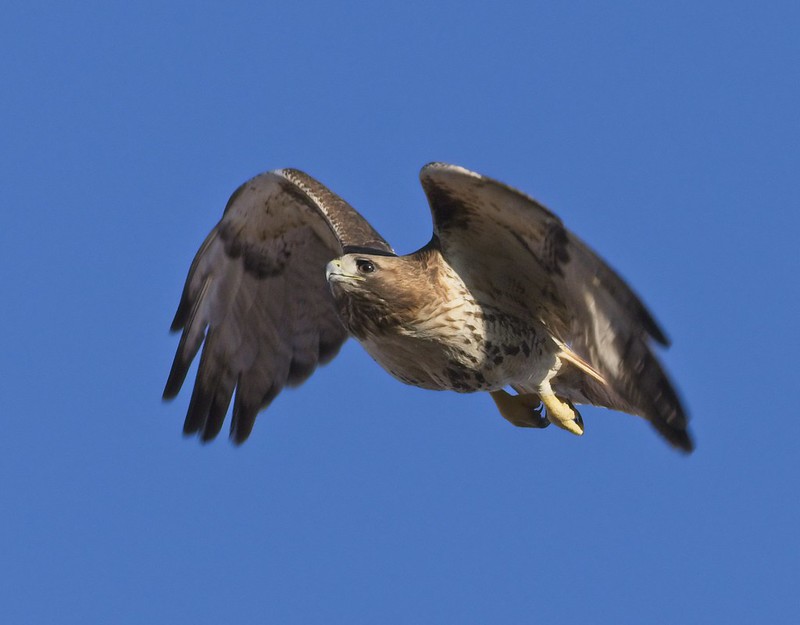 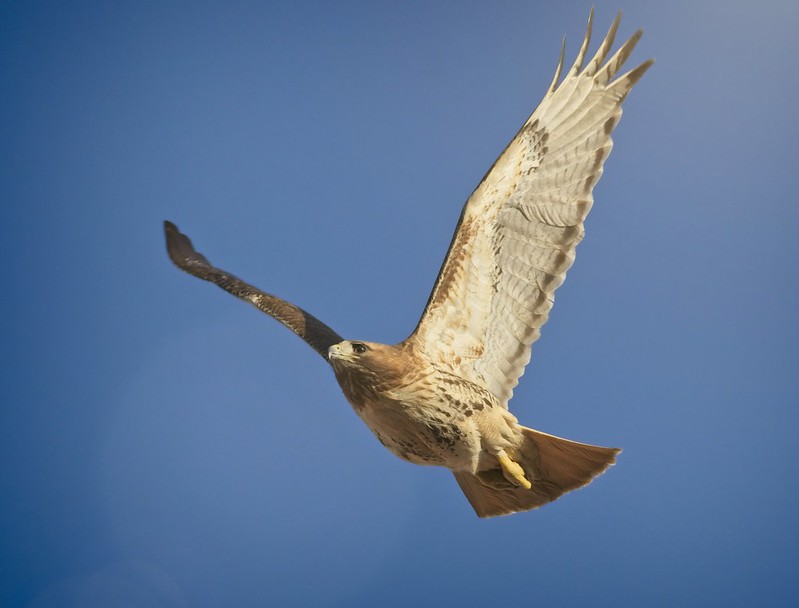 Even on break, Amelia doesn't go far, staying close enough to keep the nest within sight. Below, she perches in a tree within the park. 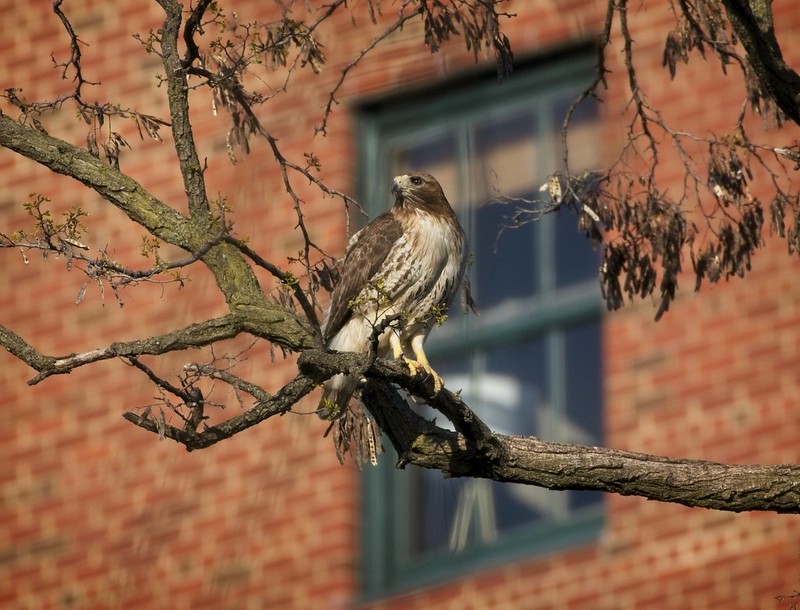 Meanwhile, Christo has taken to hunting rats around the dog run now that there are no dogs in there to pose a threat. The dog run has been temporarily closed due to social distancing rules, and it's been interesting to see Christo adapt to this change in his environment. Normally, this is not a safe area for him to be, but he's now taking advantage of it being available to him. 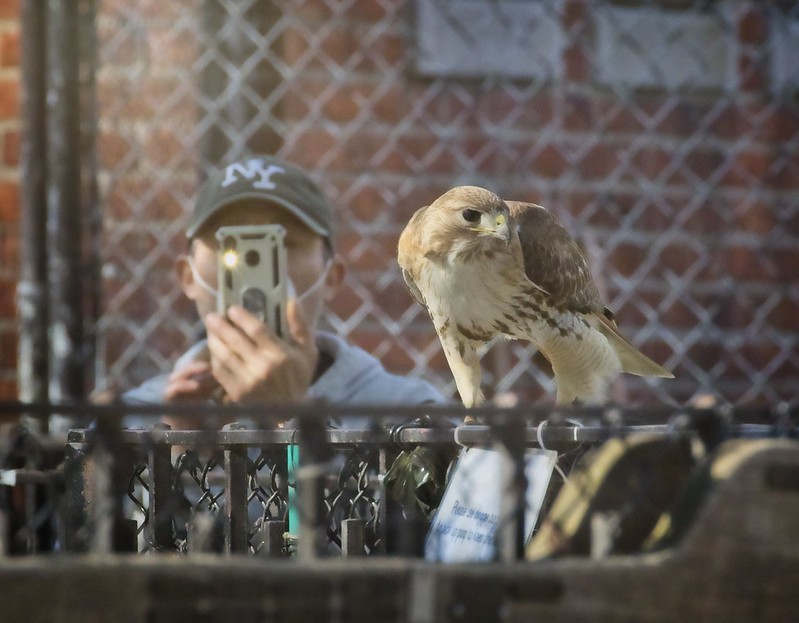 He quickly caught a rat and delivered the fatal neck bite. 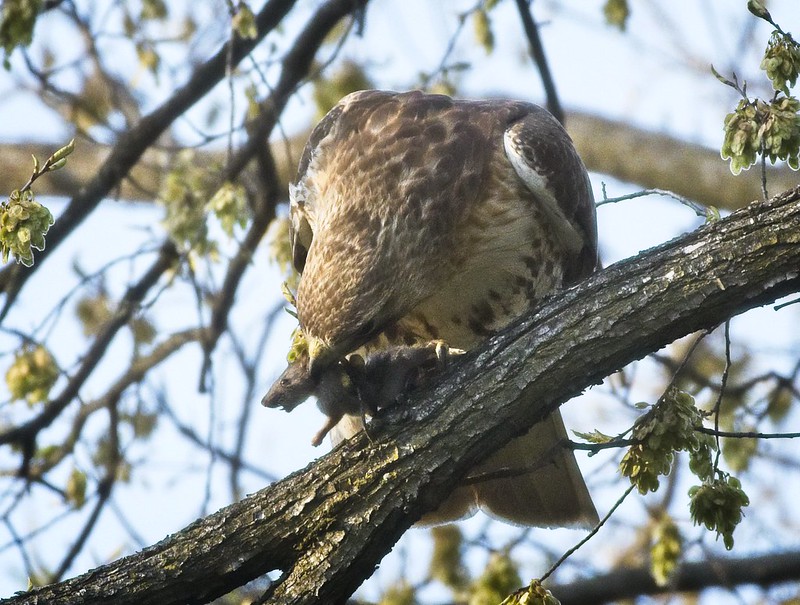 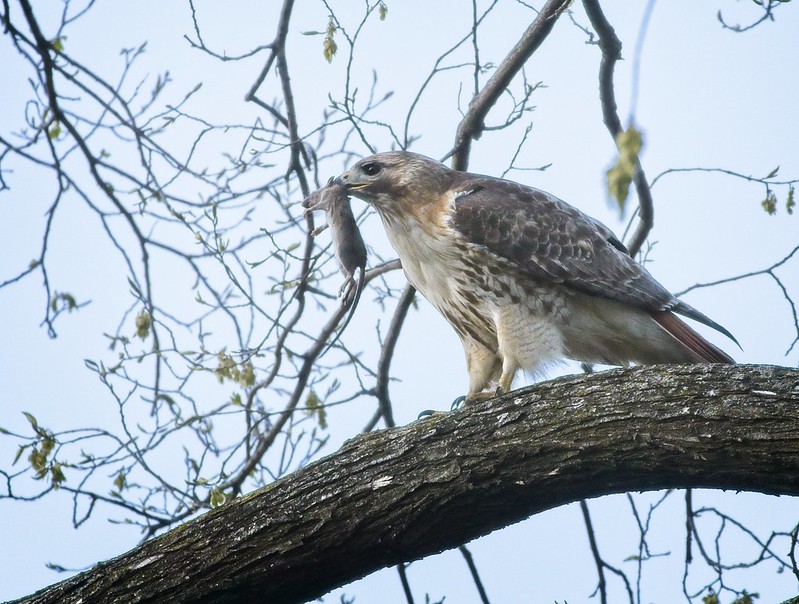 Not wasting any time, he flew the rat to the nest where Amelia served it up to the kids. Dinner delivery accomplished, Christo took a little break himself. 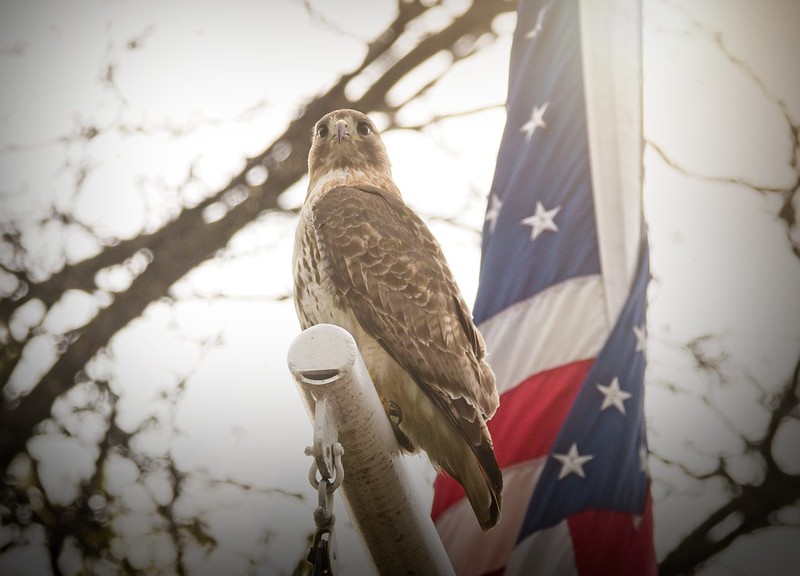 Posted by Laura Goggin Photography at 11:44 AM