Tompkins Square red-tails, Christo and Amelia, continue to thrive and are caring for at least one chick in their nest. It's still too early to be able to see much from the ground, but we have been observing both parents bring food to the nest and go through the movements of feeding little ones.

Below, Amelia serves up a rodent. 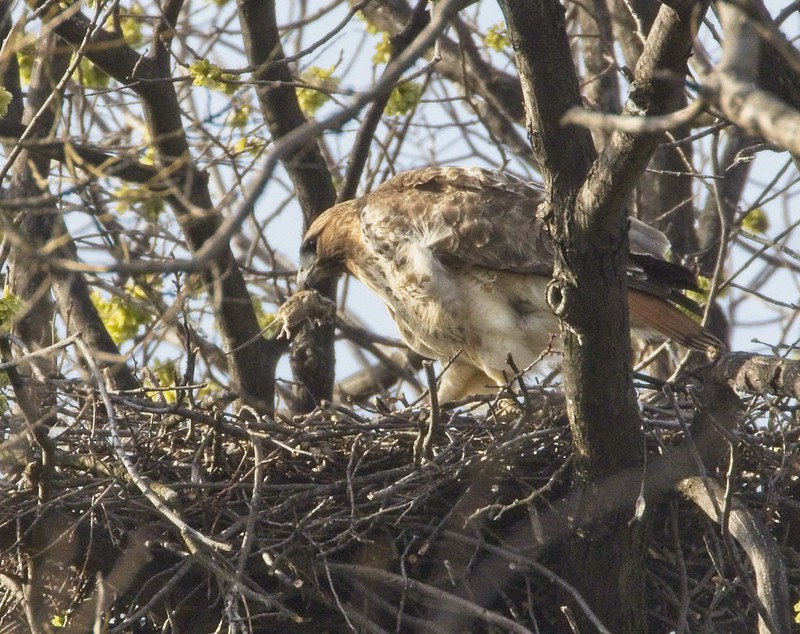 This has been a typical scene - Amelia bends down into the (deep) nest to feed while Christo keeps watch close by. 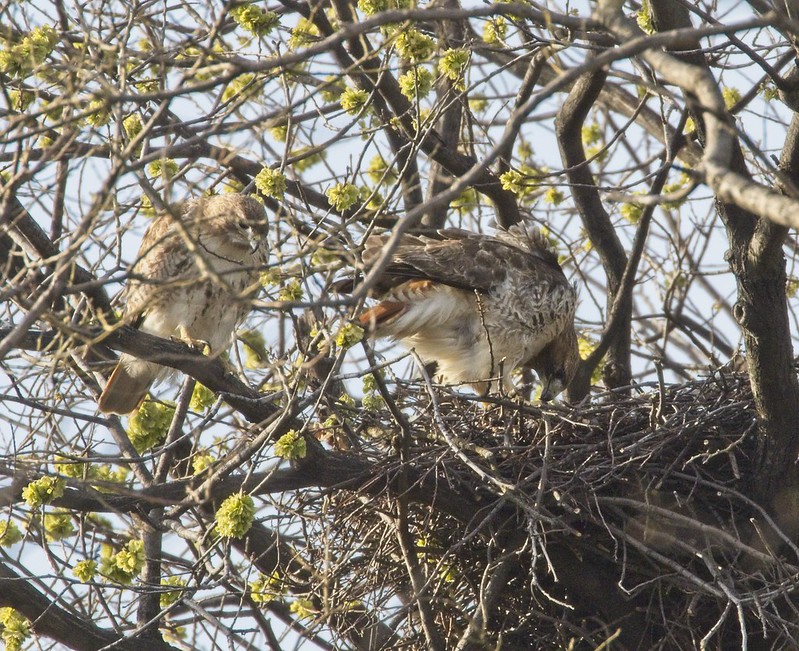 After serving dinner to the family one recent evening, Christo went on his usual dinner-hunting routine. This often begins with him perching on the flag pole where he has a good view of his favorite rat spots. 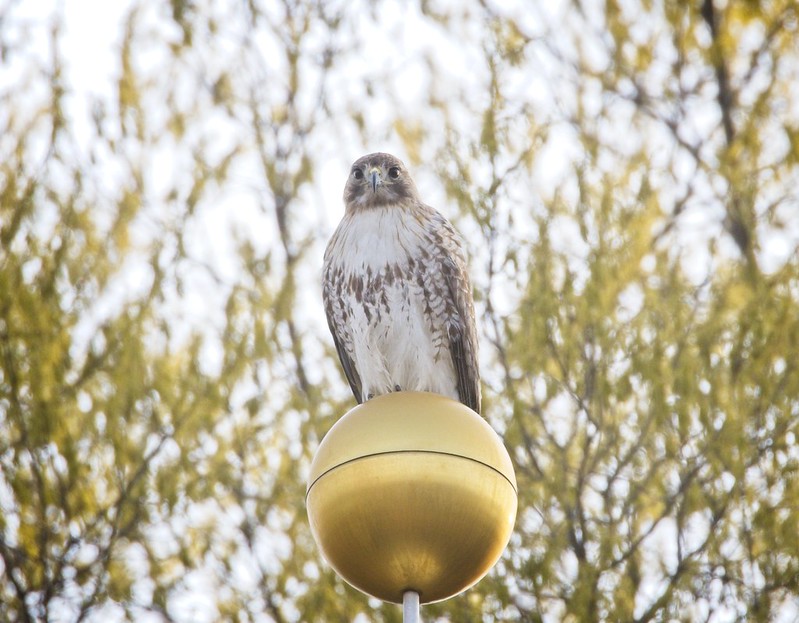 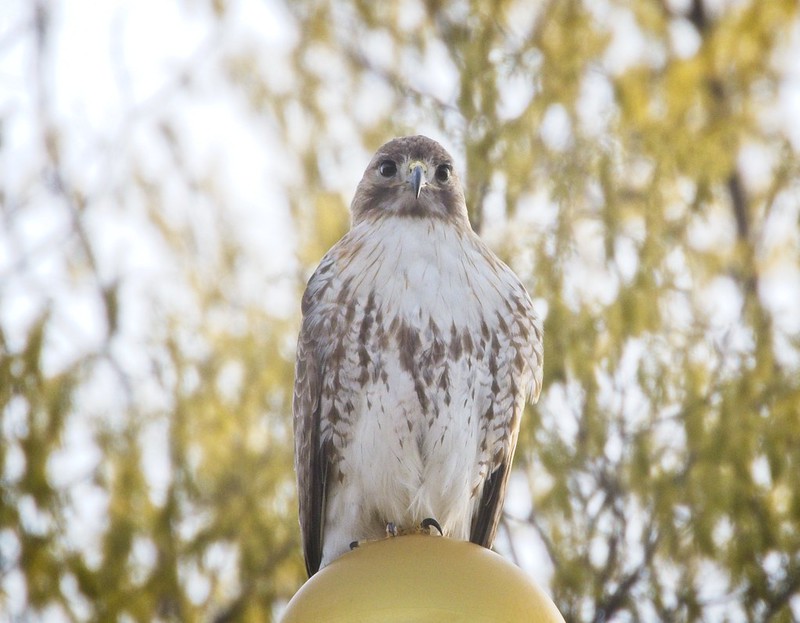 Something catches his eye and he takes off. 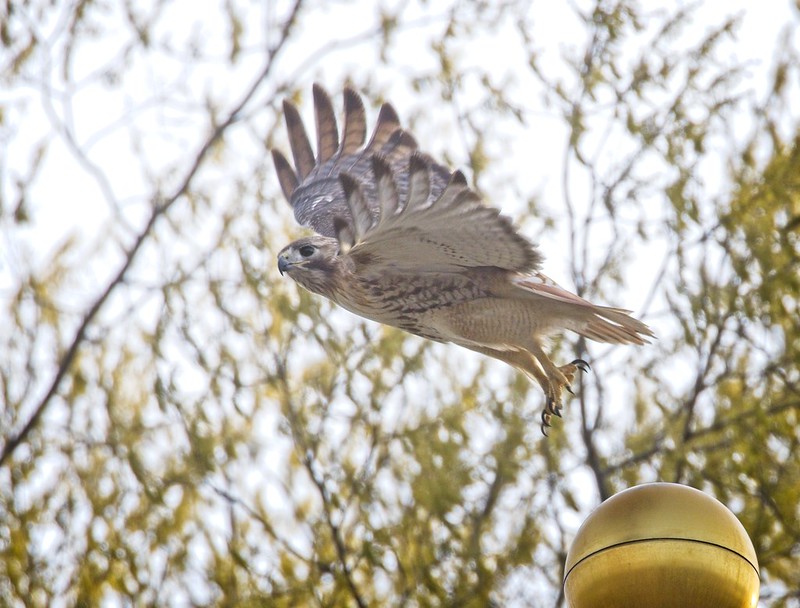 Rat time! Rats start getting active around sunset, so Christo usually makes a dinner run around that time. I've also seen him catching rats well after the sun has gone down. The lights in the park may help him see in the dark. 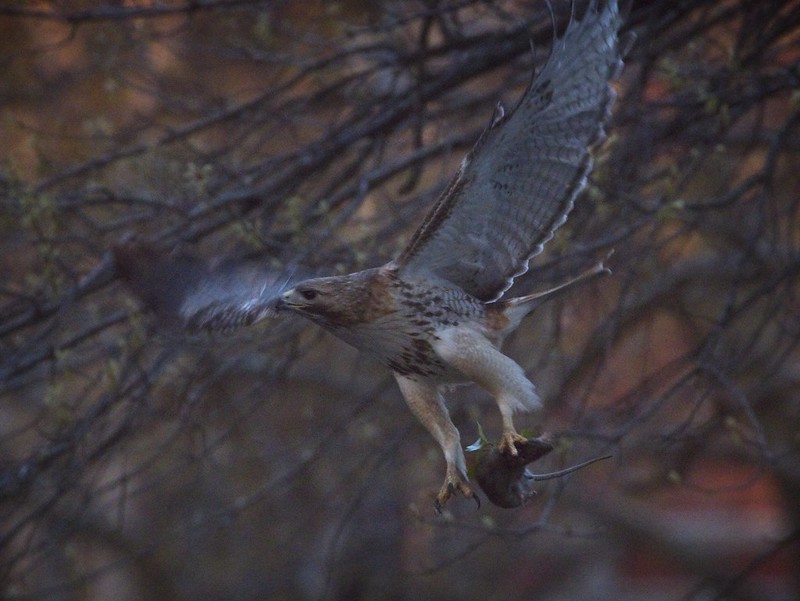 As we all await news of the chick(s), I've had reports of someone flying a drone over the nest. This is NOT OK. Not only is it illegal to fly a drone in Manhattan, it is highly unethical to subject the birds to this stress, especially during nesting season.

In 2016, I caught someone harassing Dora with a drone as she screamed and mantled her chicks in the nest. I called the NYC Urban Park Rangers, who responded right away, but not in time to confront the done operator. NYC.gov says to call 911 to report anyone using a drone. Considering our current situation with the pandemic and the burden on emergency services, I would recommend calling 311 to report any drones and let them make any further decisions. Also notify the Urban Park Rangers.

It is illegal to fly a drone in NYC Parks, except for these specific areas, none of which are in Manhattan:
More info can be found here.

Info on New York drone laws can be found here.


Aside from the legality of flying drones in the city, it is irresponsible and unethical to subject wildlife to the stress. The hawks may see the drone as a predator or invader in their territory and could either attack it, or be frightened by it. If your drone has a view of the hawks, the hawks can most definitely see the drone.

This Audubon article (Drones and Bird Photography: Why It's Just Not Worth It) lays out why it's a bad idea to use a drone to photograph birds. From the article:


. . . for many accessible wild animals living in close proximity to people, drones can be even more frightening than we are. This is especially true for wild birds that respond to drones as they would to threatening predators. This is why drones should never be flown over nesting birds for photography.


Every birder and photographer should read Audubon’s Guide to Ethical Bird Photography. A few points worth repeating here are:

City hawks may be living among humans, but they are not tame, nor are they immune to human disturbance. Any stress can impact the health and well-being of the adults as well as young. Here is an interesting scientific paper on the impact of unmanned aircraft systems on wildlife. From the paper:

. . . when unmanned aircraft systems (UAS ) perform direct and too close approaches to animals or sensitive structures such as nests, they can evoke more disturbances to wildlife. Therefore, we recommend that UAS flights are avoided unless they constitute the least invasive option for necessary wildlife studies, and discouraged if they are performed just for leisure purposes such as flying or filming.


There are currently no scientific studies being conducted with any of the nesting hawks in the city, so there is no reason to be using a drone.

As a reminder, How Close is Too Close to Our Urban Hawks?

We love our hawks and want to continue observing them while keeping them safe. 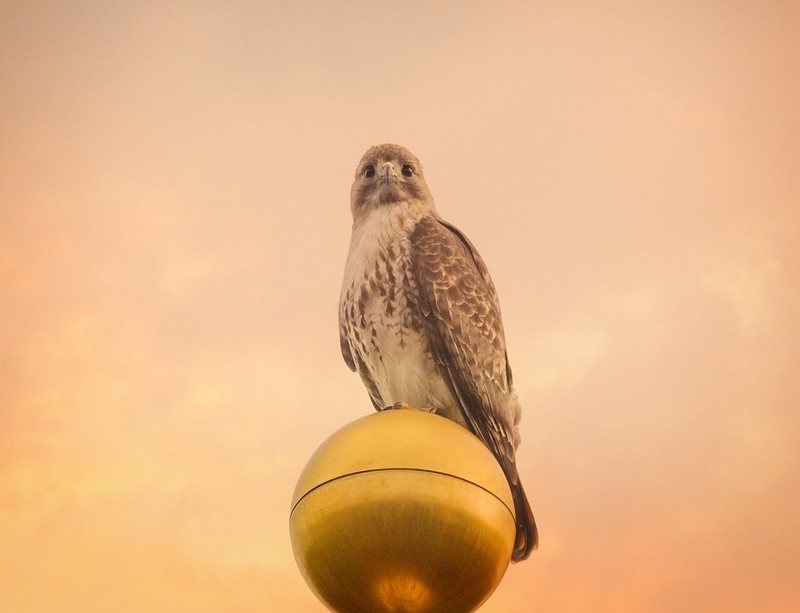