No sign of a hatch yet for red-tails Amelia and Christo in Tompkins Square Park, but there's some good news over at neighboring Washington Square.

In my previous post, I relayed the sad news that the resident female of WSP disappeared on March 26 and was presumed dead, but not to give up hope for the breeding season. As predicted, a new female hawk has arrived and has been mating with the male. This bodes well for them, but we will still have to wait and see if they choose to use the existing nest.

I paid a brief visit to WSP Sunday evening just before sunset and found the male perched on the cross on the south side of the park. 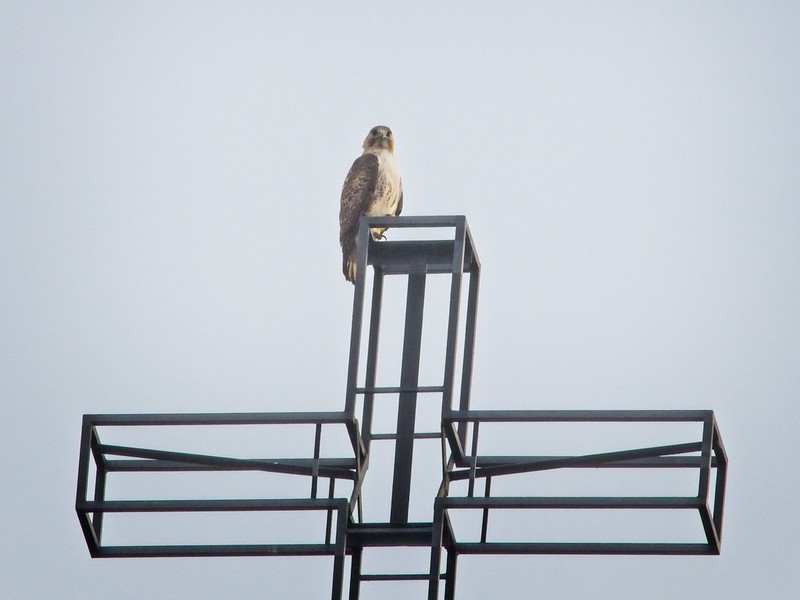 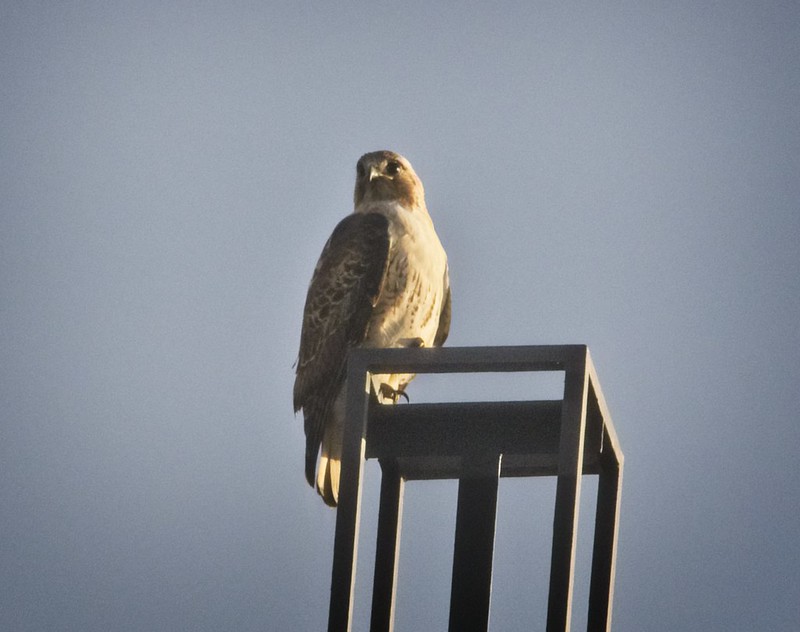 He soon took off and flew right past me, allowing me to get a good look at him. 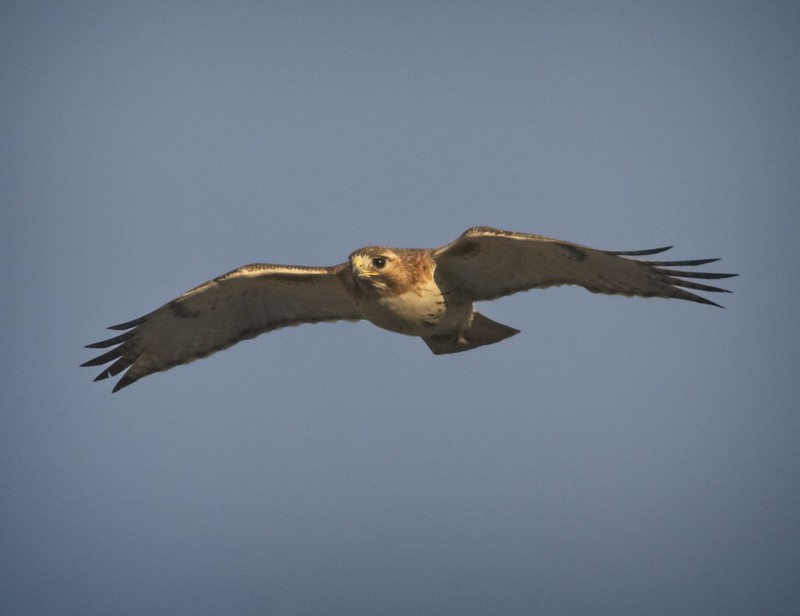 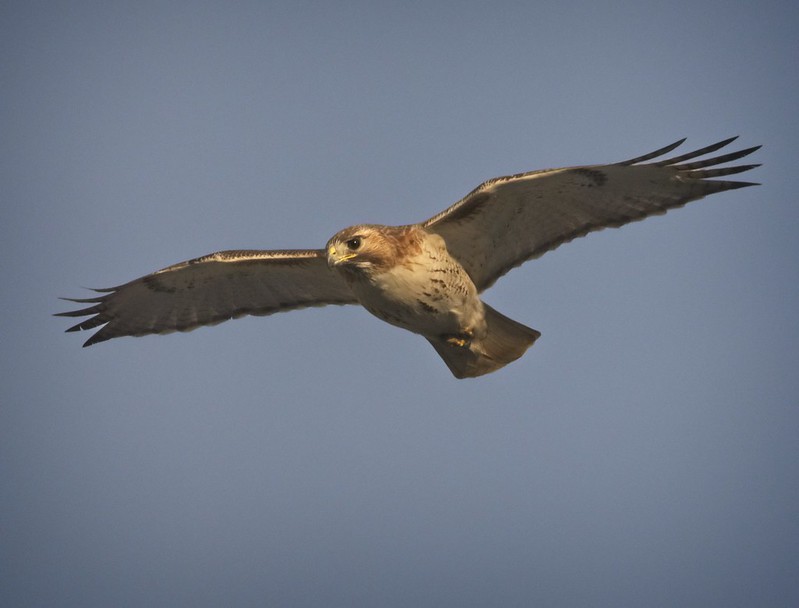 After sailing past me, he flew up to a roof on the west side of the park where the new female was waiting. 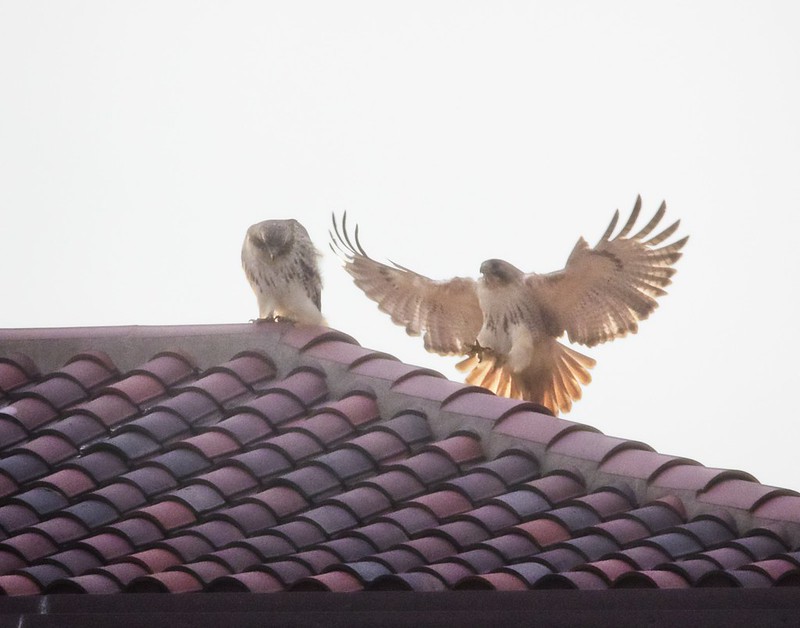 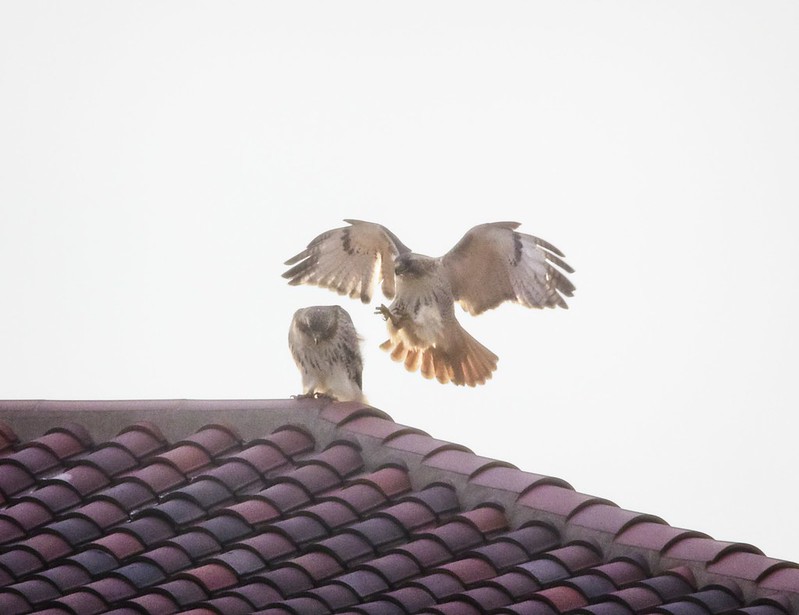 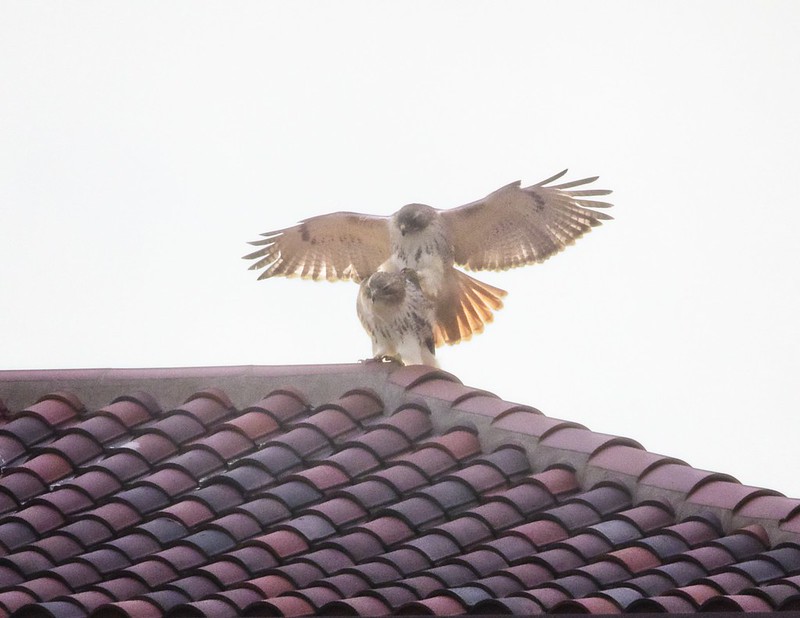 Now we can confirm who is who! 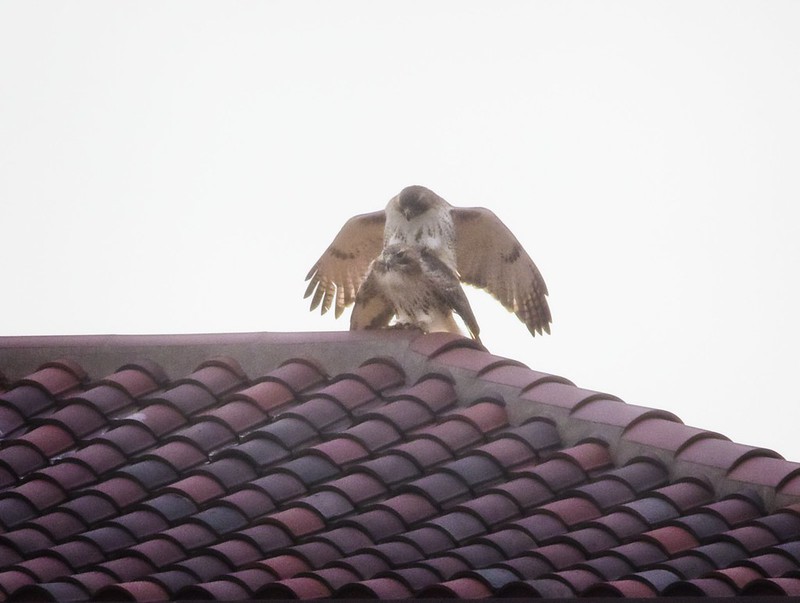 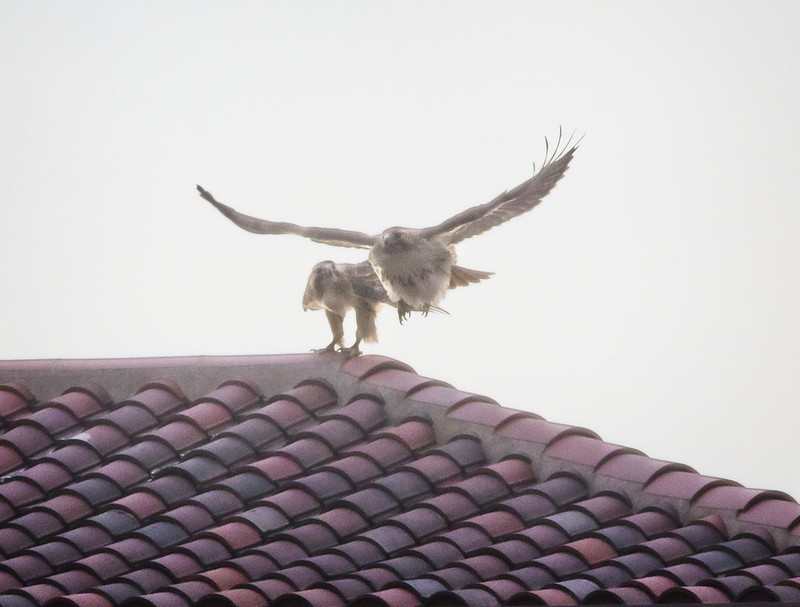 After the male took off, the female followed, and this was the only photo I could get of her in the sunlight. She had a full crop, so must have eaten not long before. 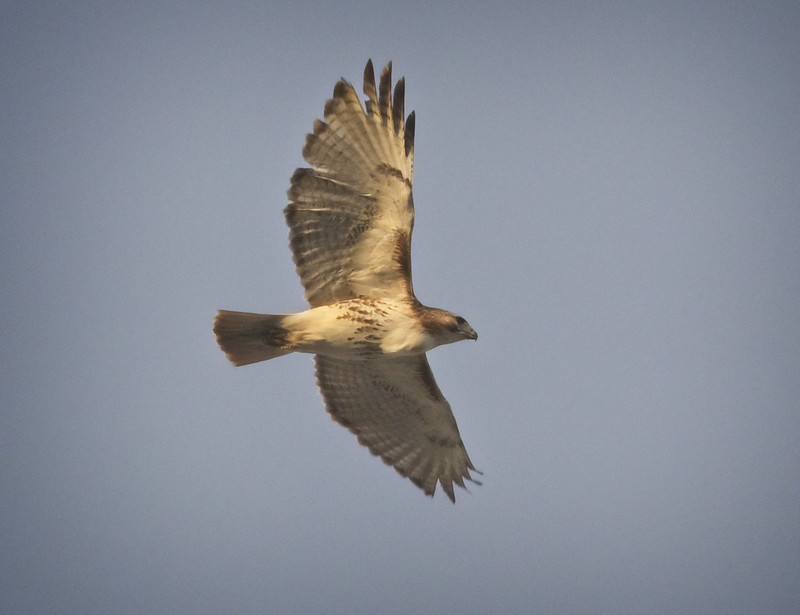 I didn't get any close-ups of this female hawk, so haven't been able to study her enough yet, but she gives me the impression of being on the small side. By contrast, Amelia in Tompkins Square is a large hawk and this one seems more petite. Her eyes appeared light-colored, but I couldn't really tell given the bad lighting conditions.

For now, we have more questions than answers about this mystery female... 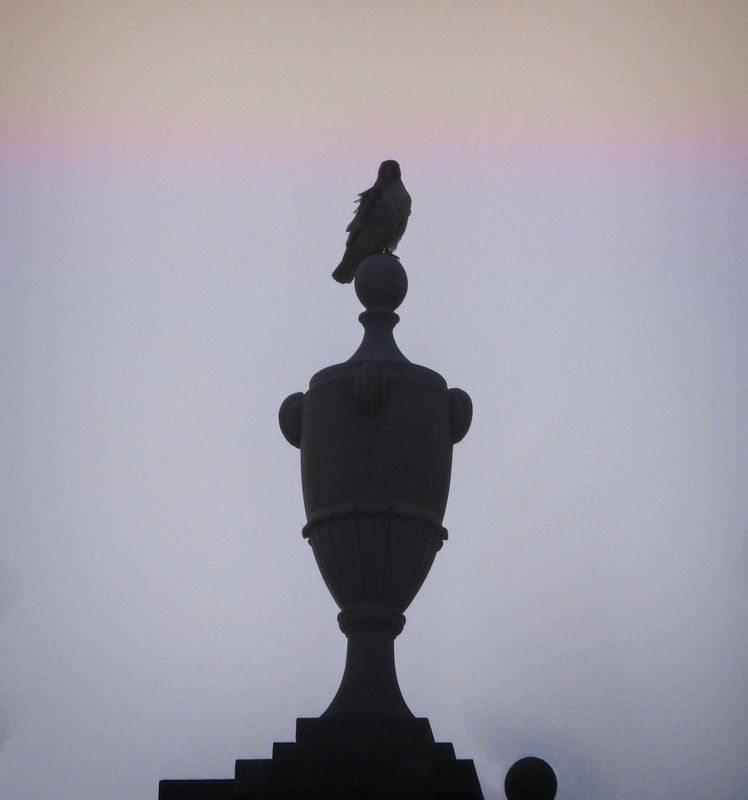 The live webcam is still disabled for this pair, so I hope it does get turned on again if they start using the old nest.

If you would like to tune in to a live hawk nest, I recommend Cornell's Red-tail cam, which is in Ithaca, New York. Big Red and Arthur are currently brooding eggs, so there should be chicks in the next couple of weeks.

The only live NYC bird cam I know of at the moment is the 55 Water Street Peregrine Falcon cam. The falcon pair are also brooding eggs, so we have some good things to look forward to later this spring.
Posted by Laura Goggin Photography at 8:14 PM