Tropical Storm Isaias blew through the city today, causing chaos across the five boroughs. When the rain subsided, I ventured outside to check out the damage done to Tompkins Square Park.

When I arrived, I found one of the red-tailed hawk fledglings with prey (pigeon) perched on a tree in the SE corner. 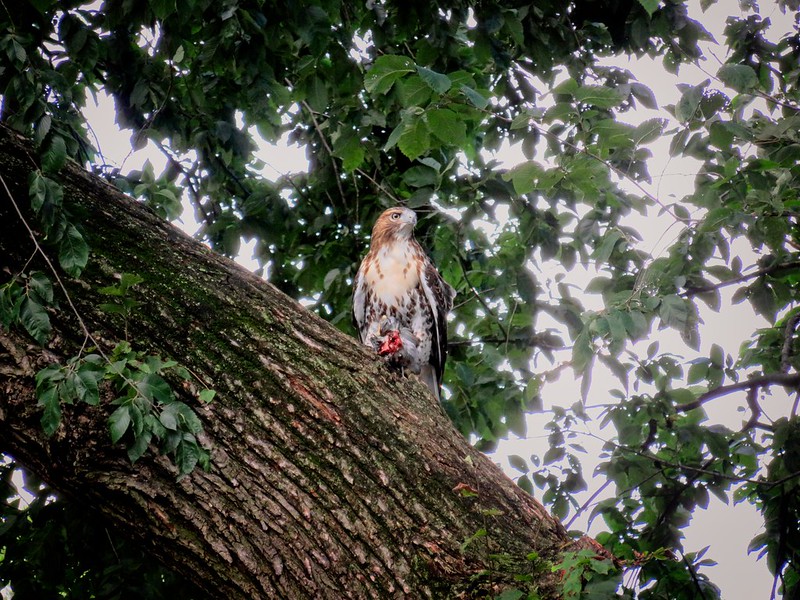 The hawk seemed to be checking out the huge American Elm that was severely battered by the storm. In the video below, one of the hawk's siblings swoops in from the left and the two tussle briefly before taking off in different directions.

The two fledglings were so energized, they reminded me of excited little kids, flying back and forth and taking playful shots at each other. I can only imagine what they were thinking, having just survived a serious storm, and then seeing their environment ripped to shreds.

One of the fledglings posed on top of the broken elm: 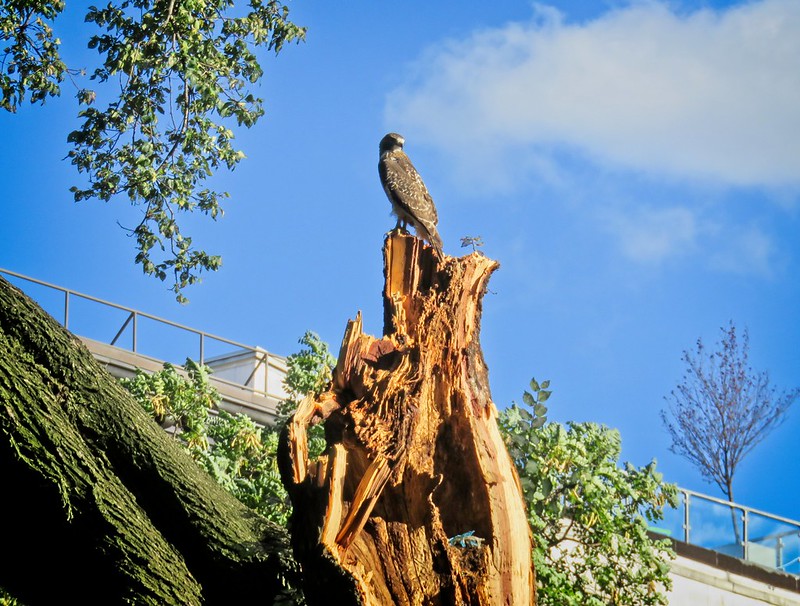 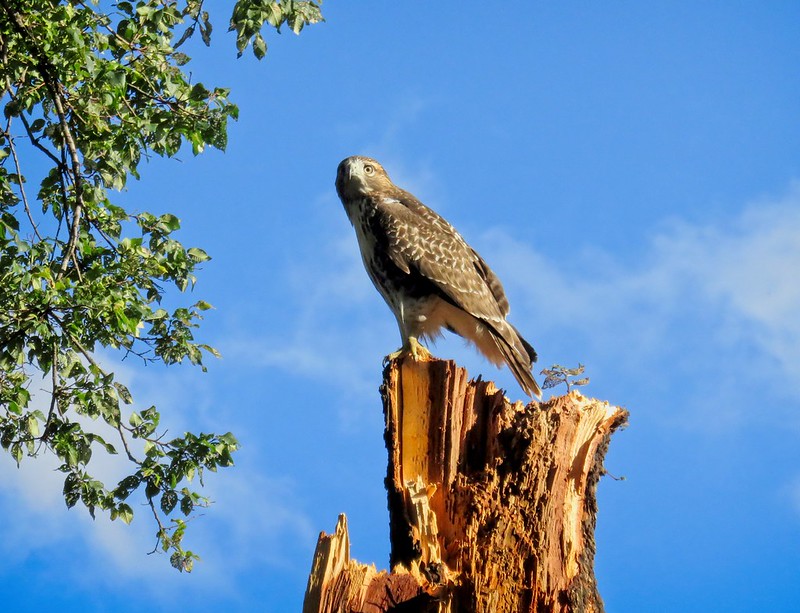 I didn't have my bird camera with me, so I took more video. The hawk seemed to be enjoying (or at least curious about) its new vantage point.

I went to check on the hawks early this morning, before the storm, and found two fledglings chasing Christo around the park. Amelia was perched on the cross of Most Holy Redeemer church on E 3rd Street, and I was unable to find the third fledgling. When I returned to the park after the storm, I didn't find the other hawks, but I don't think there's any reason to be concerned. It's worth noting, though, that the hawk nest is now gone, and it was definitely there this morning. Fortunately, the hawks are done using it for the season.
Posted by Laura Goggin Photography at 8:31 PM