It's that time of year when sightings of our local red-tail hawk fledglings start to taper off as the birds begin to disperse. The young hawks have stuck around the park much longer this season than I expected, so seeing them throughout the summer has been a welcome gift.

I saw one of the fledglings on a building a couple of blocks from the park yesterday, so they are still around the area, but are spending more and more time outside the park. Now that they can catch their own food, they are no longer dependent on parents, Christo and Amelia, to feed them. Below are some highlights of August sightings. 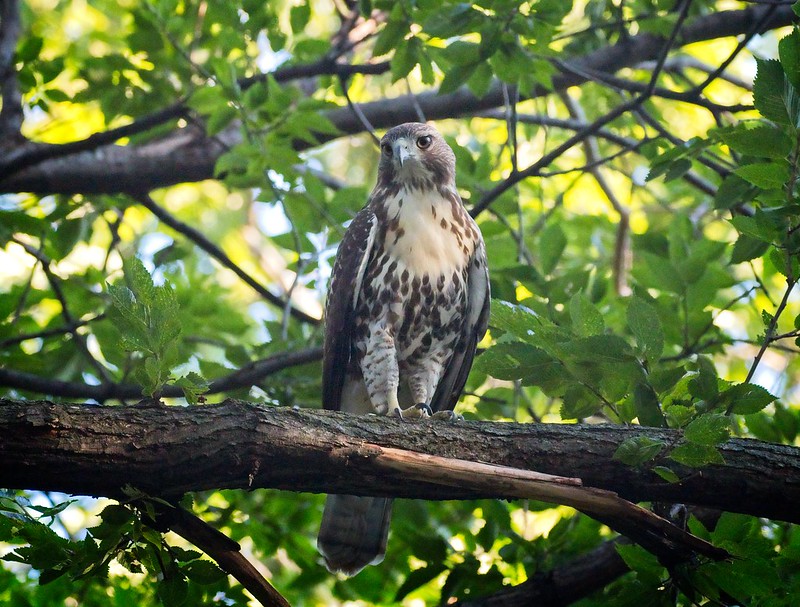 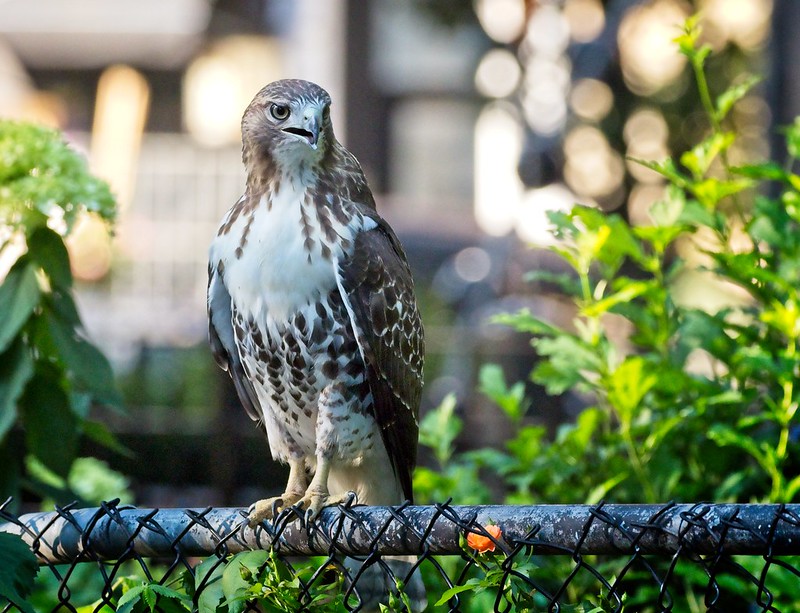 On top of St Brigid's church on Avenue B: 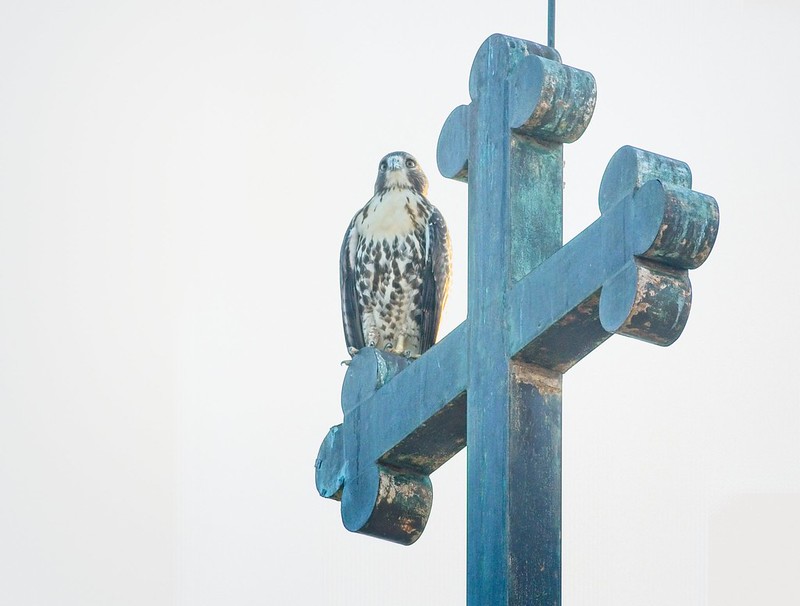 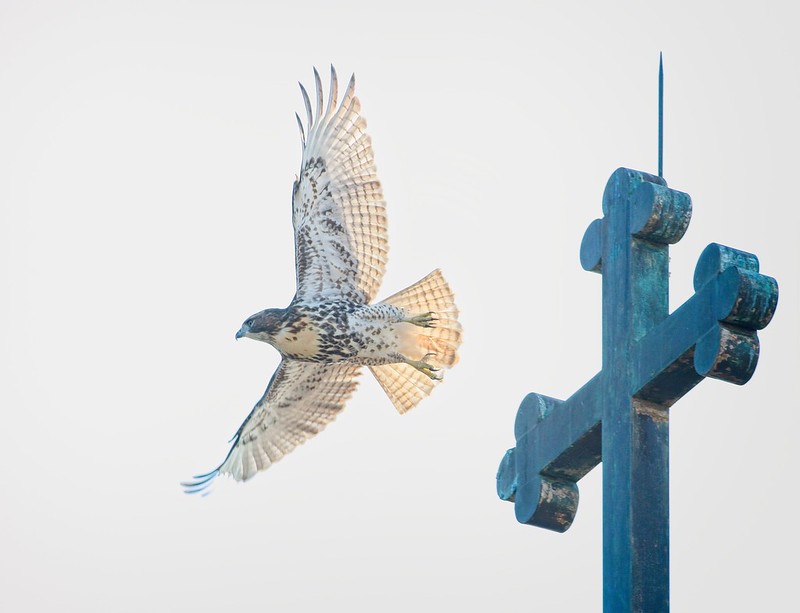 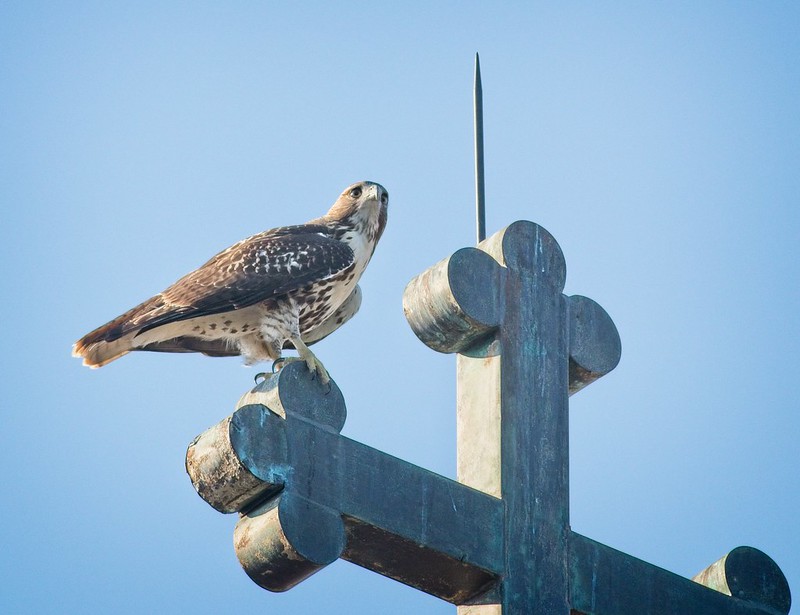 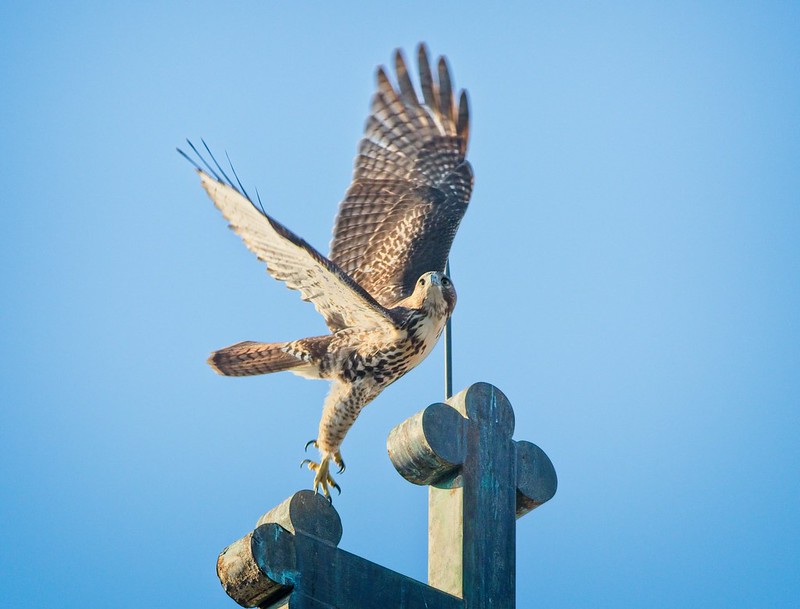 Catching a rat in the park on August 6: 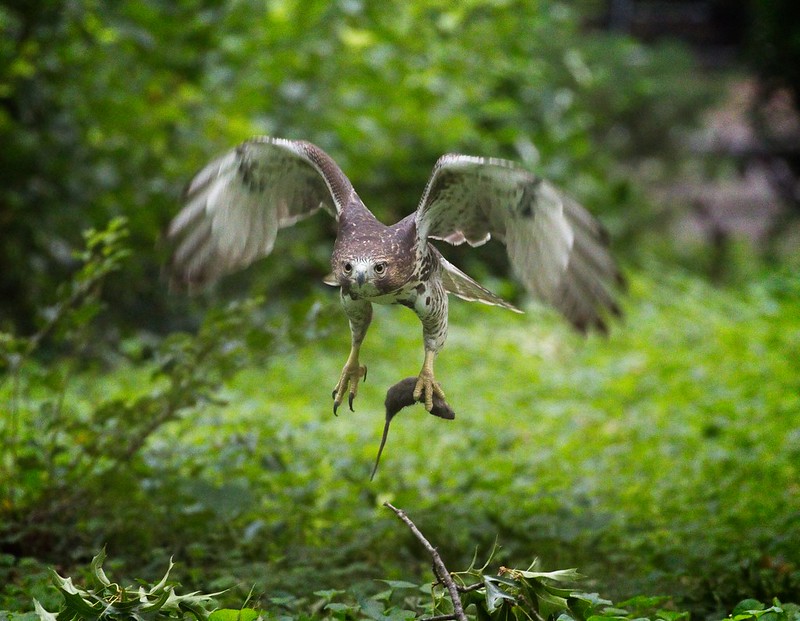 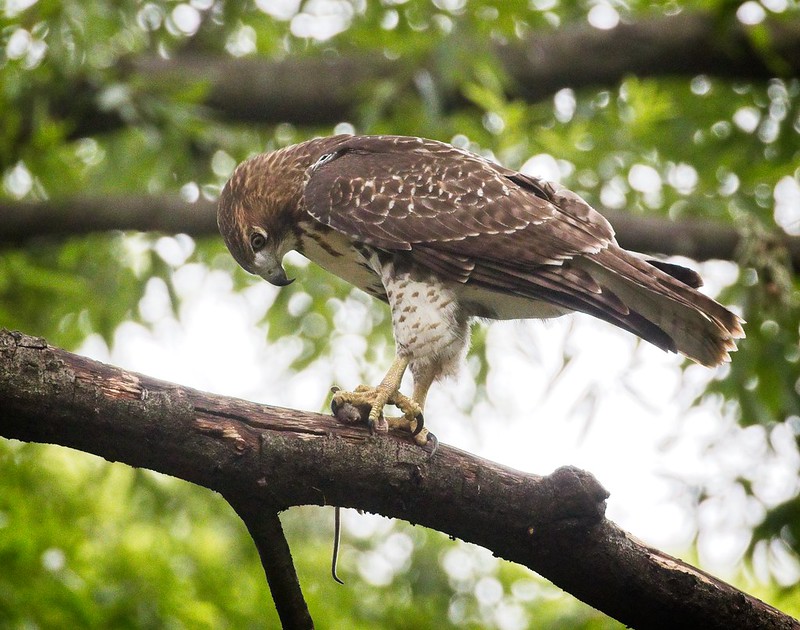 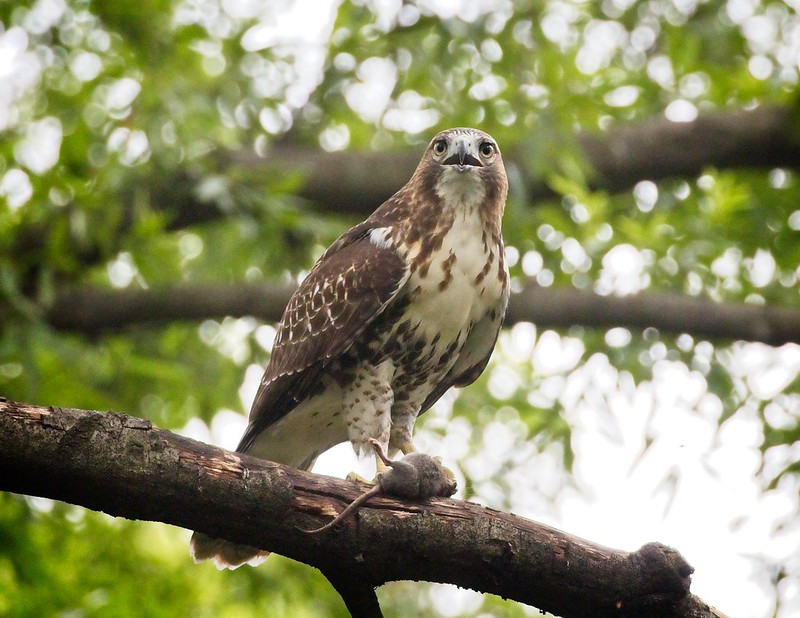 After Tropical Storm Isaias hit the city on August 4, the hawks spent several days afterwards on the east side of the park, where there was a lot of tree damage and debris. The squirrel activity in this area seemed to hold the fledglings' attention.

One of the fledglings hangs out with a squirrel in the park on August 7: 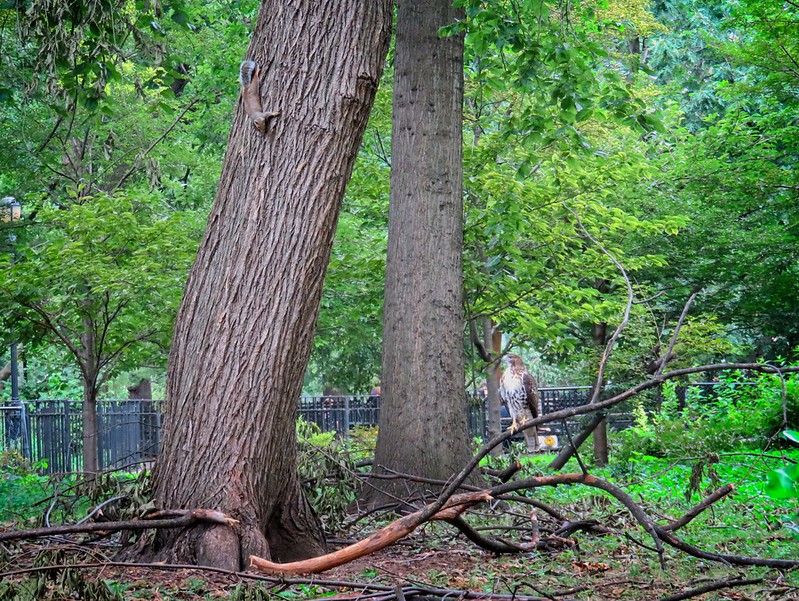 I took some video of the fledgling and squirrels interacting in the brambles:

In this one, the young hawk plays around, unnoticed by people sitting on a nearby bench:

Back in the park on August 11: 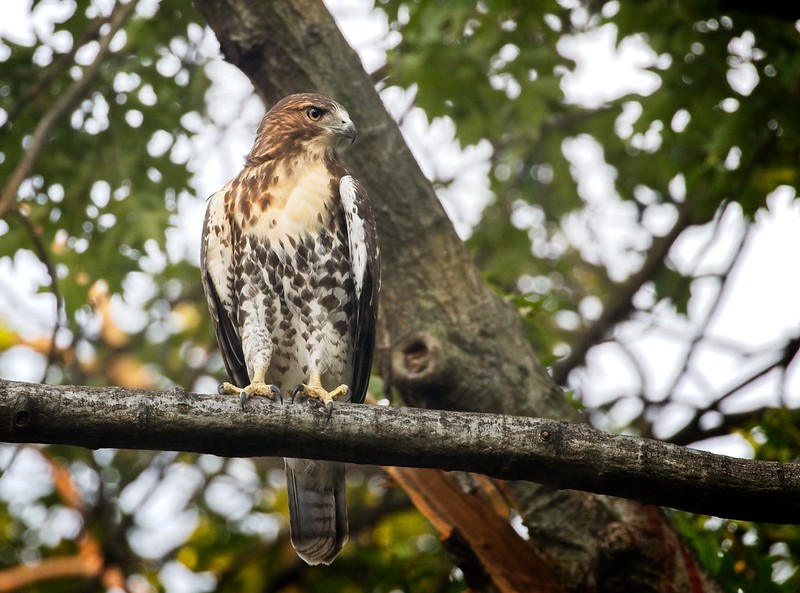 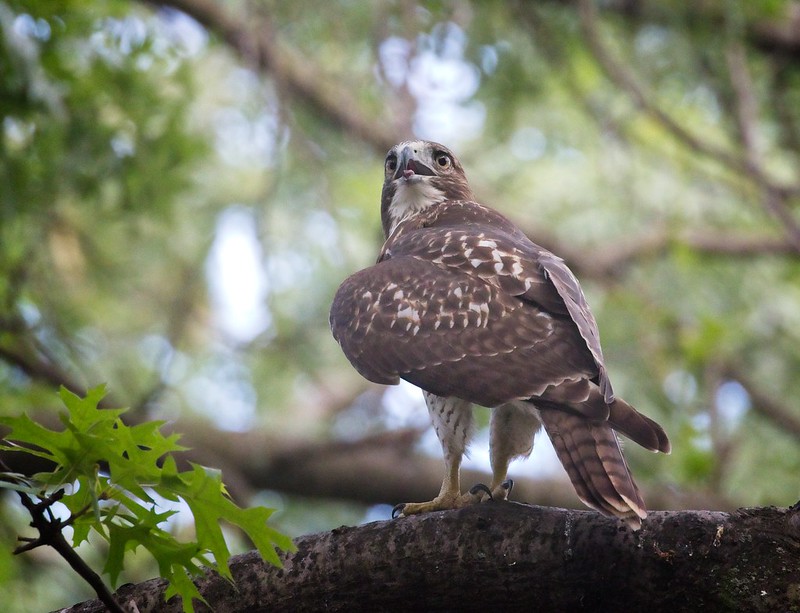 I think this is the only time I've caught any of the fledglings on a fire escape. I don't know if I've just not spotted them on fire escapes this year (because of the pandemic, I've not spent as much time looking around the neighborhood for the hawks), or if these guys just prefer to perch in trees and on rooftops. 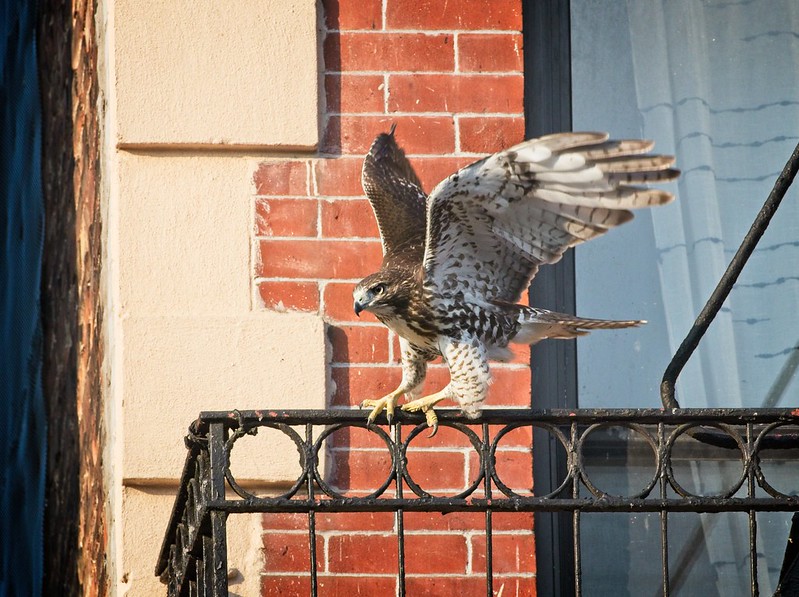 On August 13, this fledgling caught a small rat in the SE corner of the park, then took it up to the fence to eat. 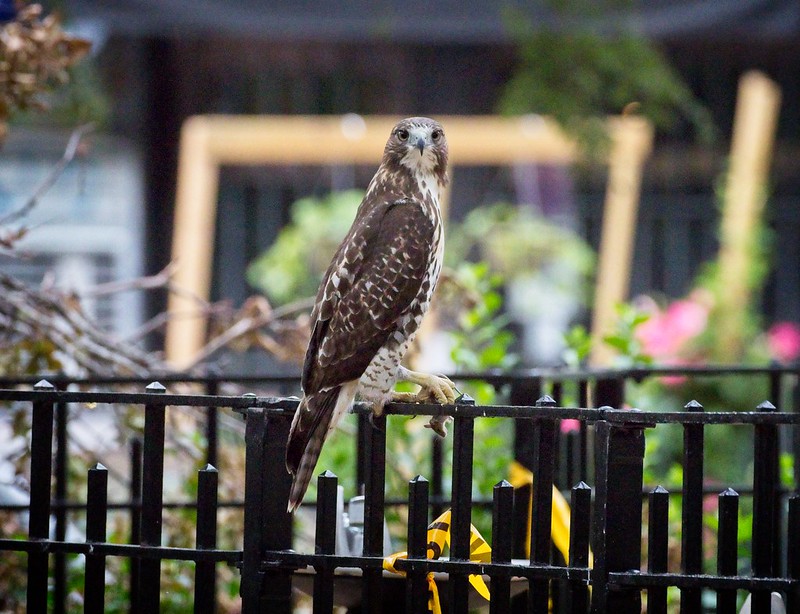 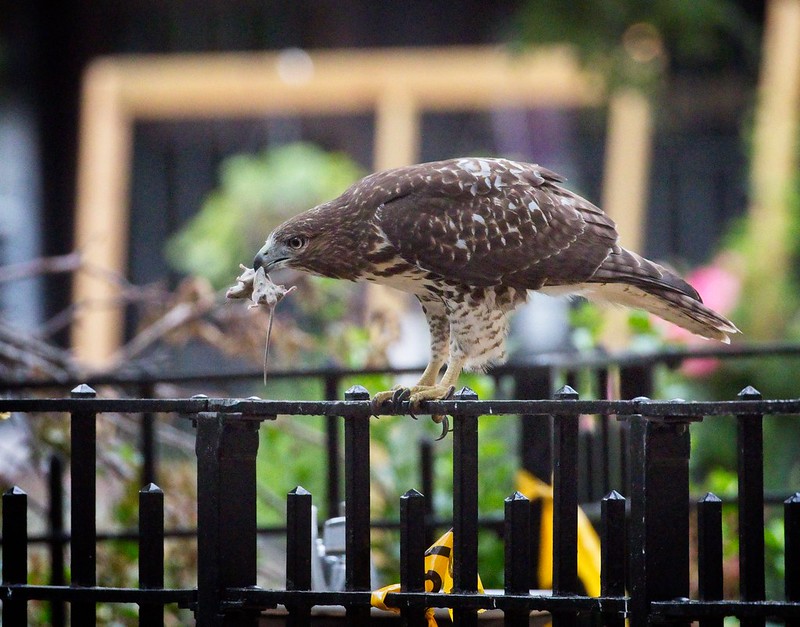 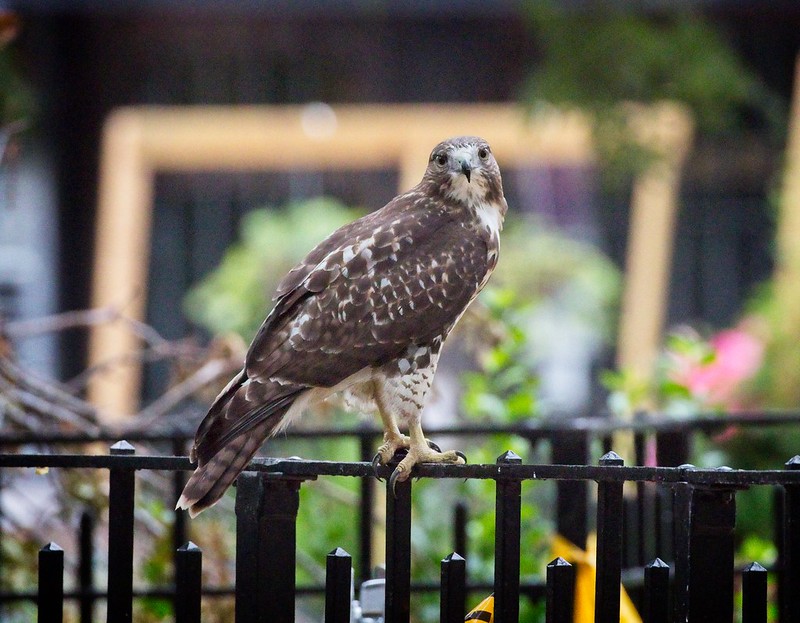 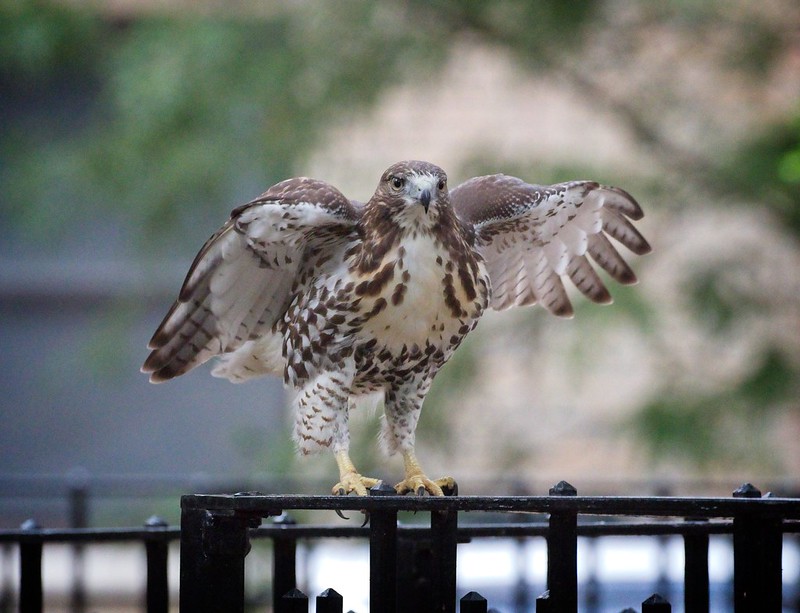 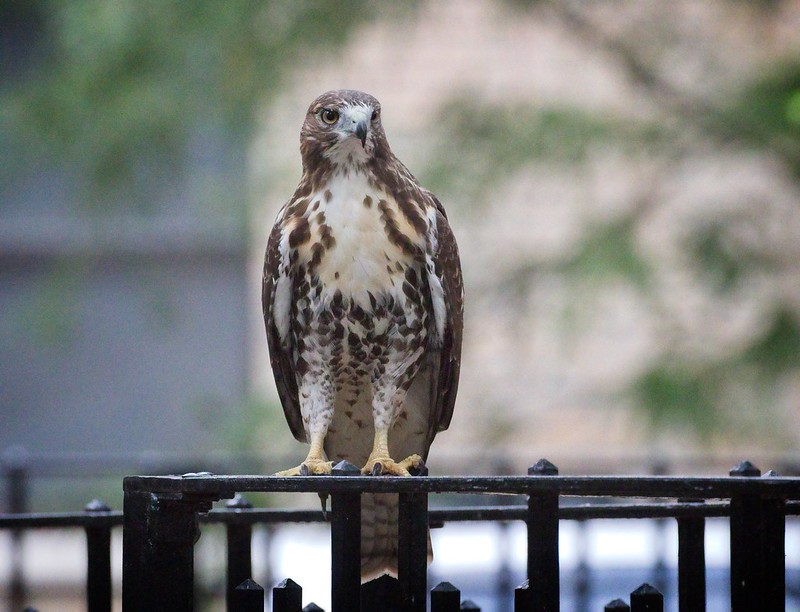 The hawks in all the photos above feature two of the three Tompkins fledglings. There was one with a distinctive reddish tail, and I have not seen that individual in about a month. It may be still be around.
Blogger note: Google has just changed its blog authoring tool, making creating a post much more difficult. Formatting the HTML has become an obnoxious chore, so if this post or page is not displaying properly on mobile/tablet/desktop, please let me know.
Posted by Laura Goggin Photography at 3:13 PM