There's not much to report yet on red-tails, Christo and Amelia, in Tompkins Square. Their nest is nearly complete and they've been keeping close to the park and defending their territory against other hawks that fly through.

Here is Amelia breaking a stick from a tree: 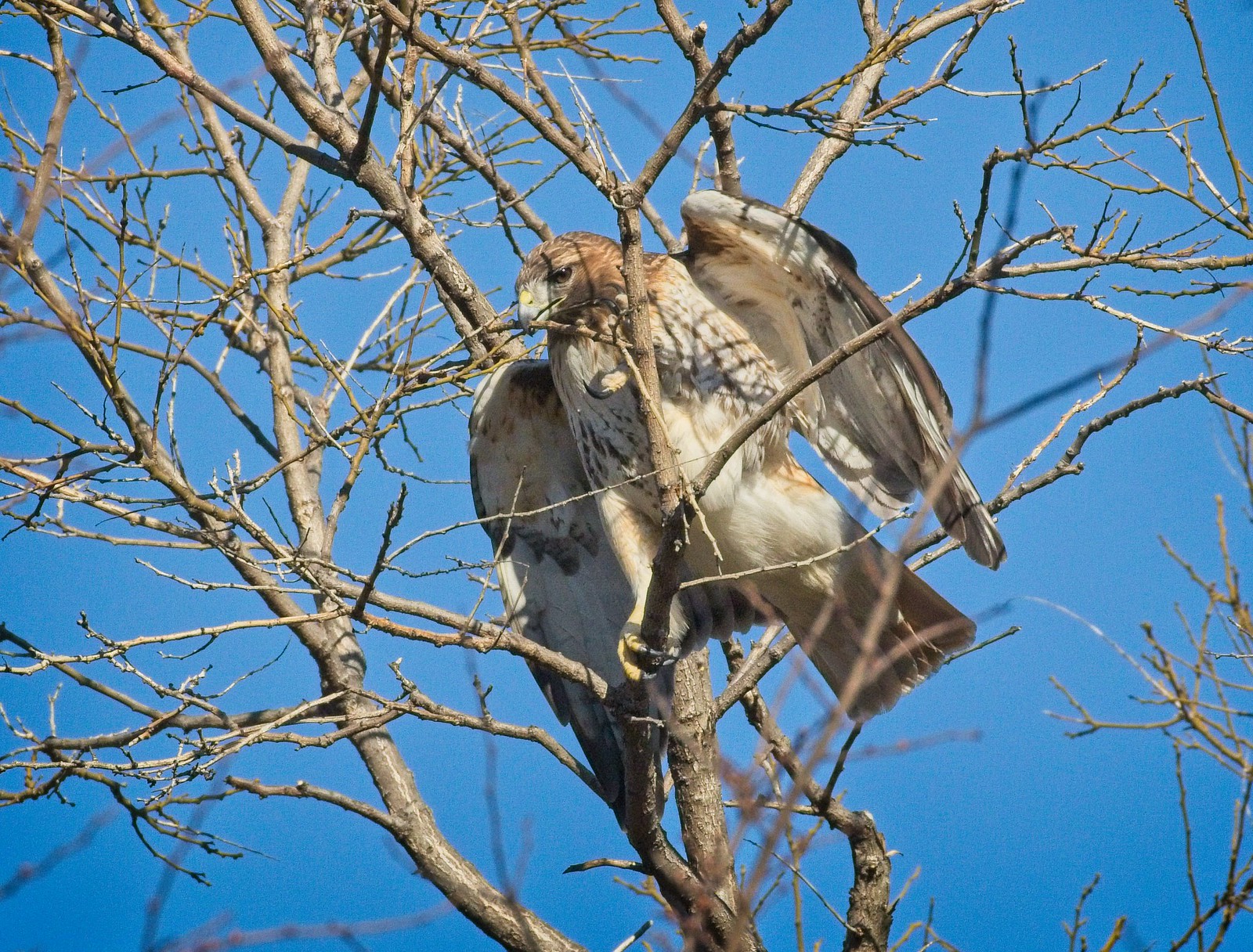 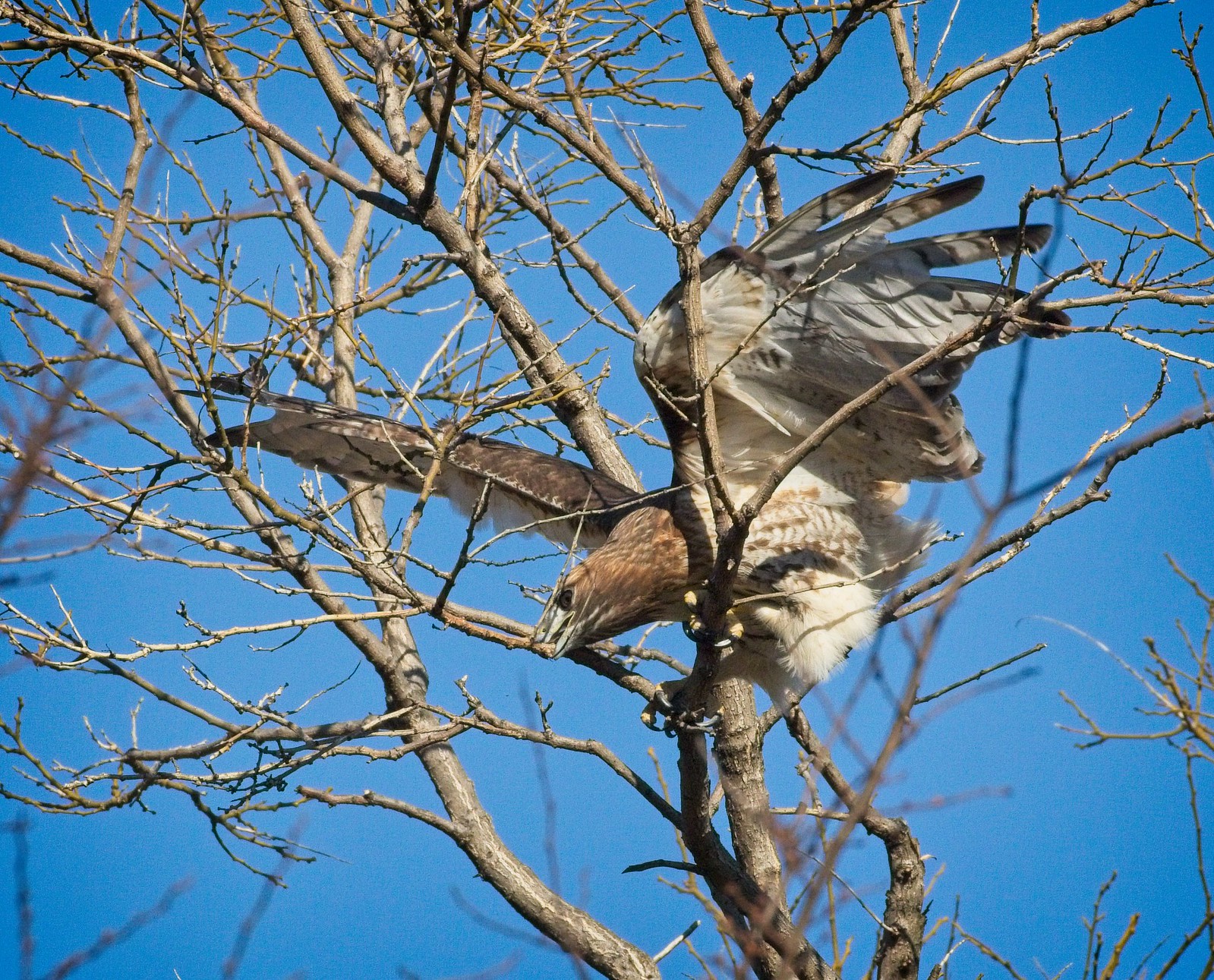 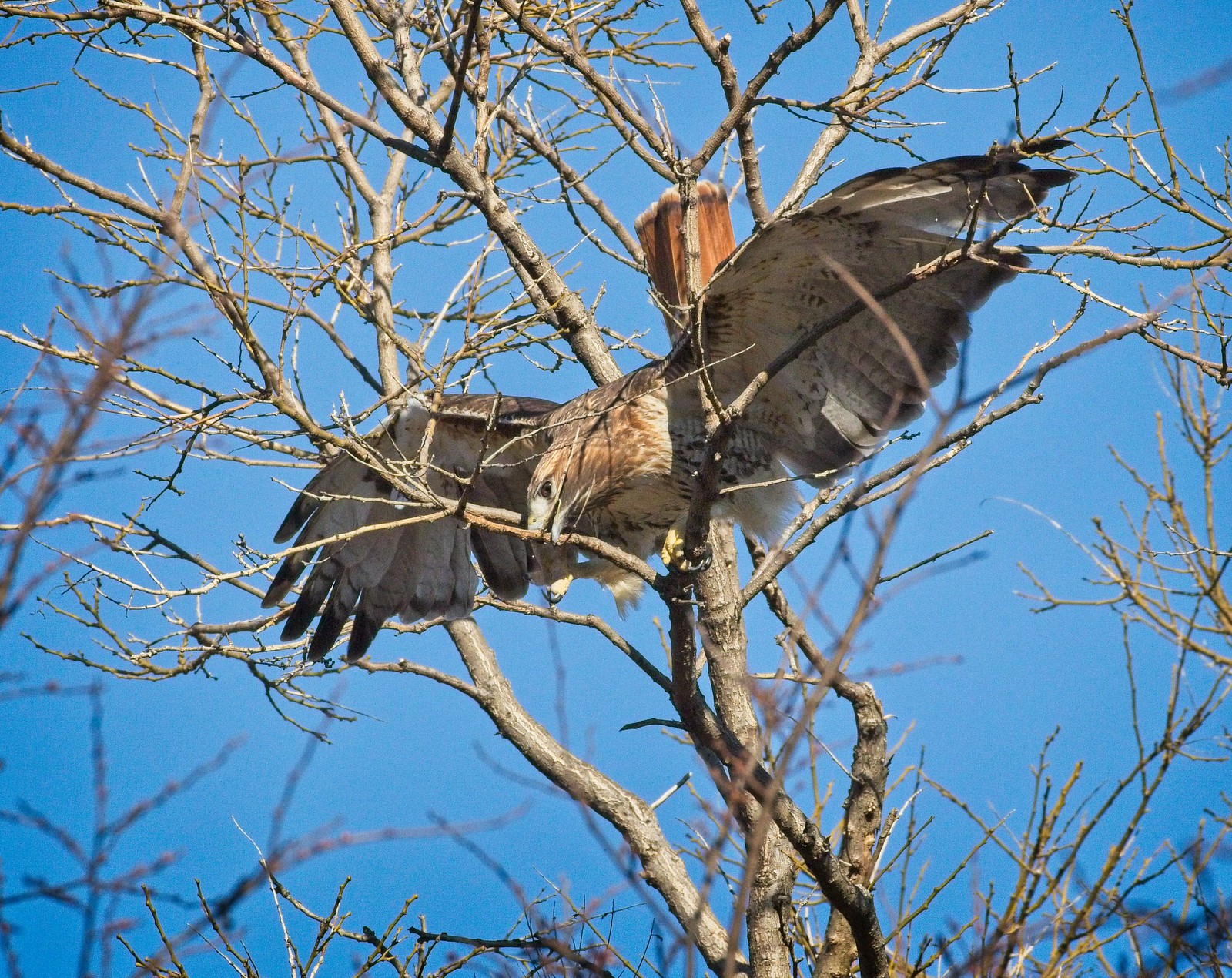 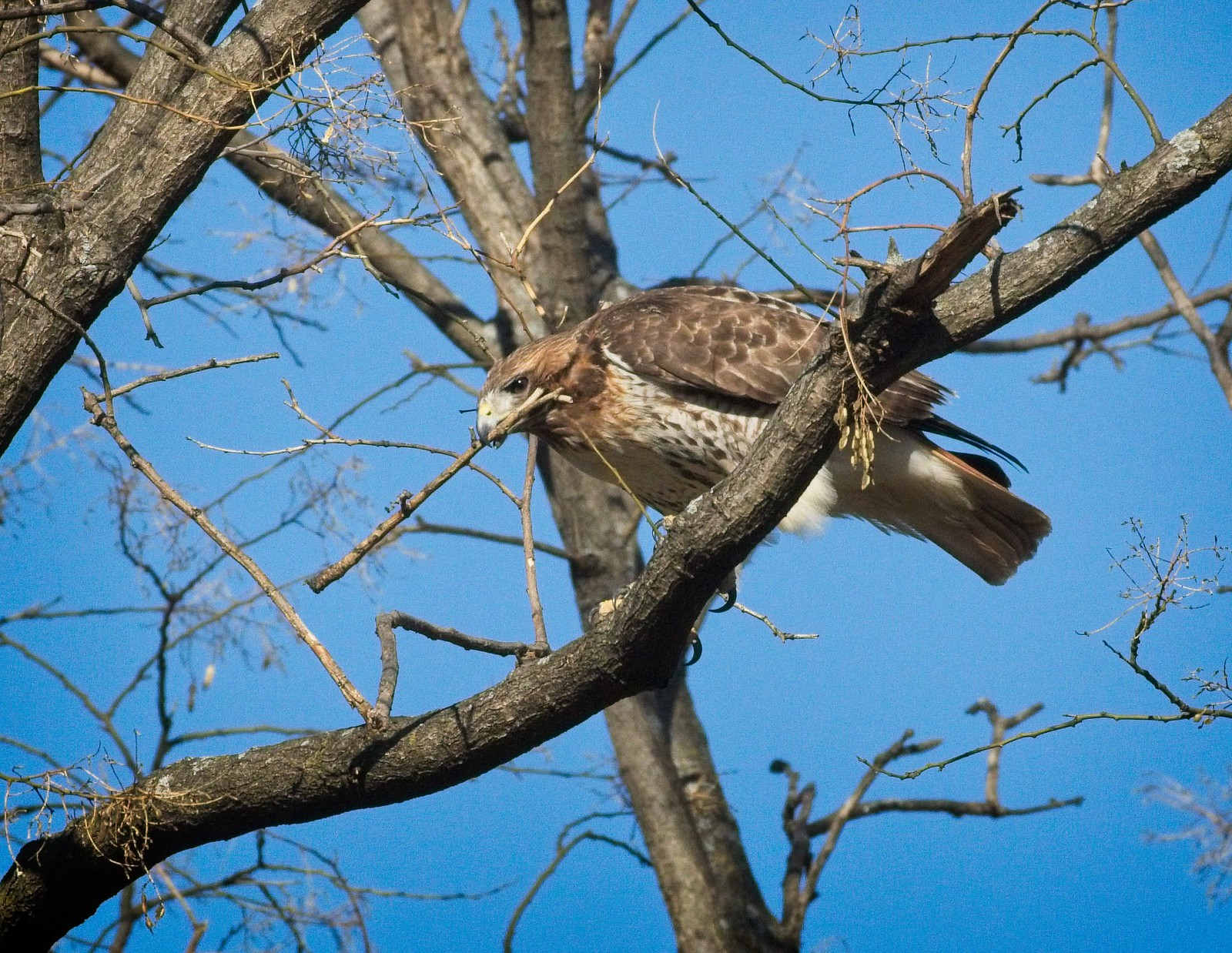 She flies a stick back to the nest: 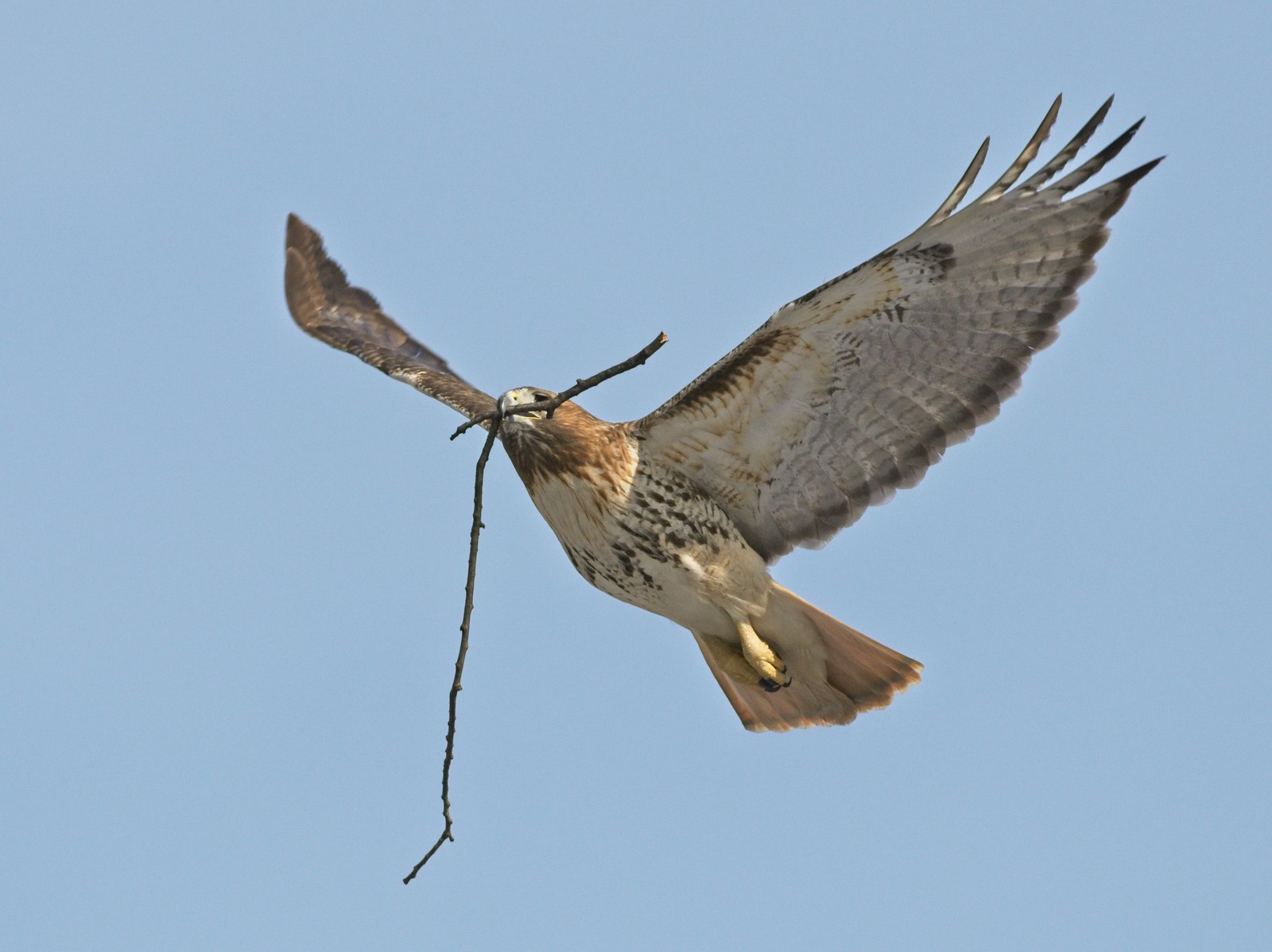 I've been seeing Amelia do most of the nest construction, but Christo works on it as well. As usual, he likes the seed pods from a favorite redwood tree. We saw him collect pods and add them to the nest last year in late January. 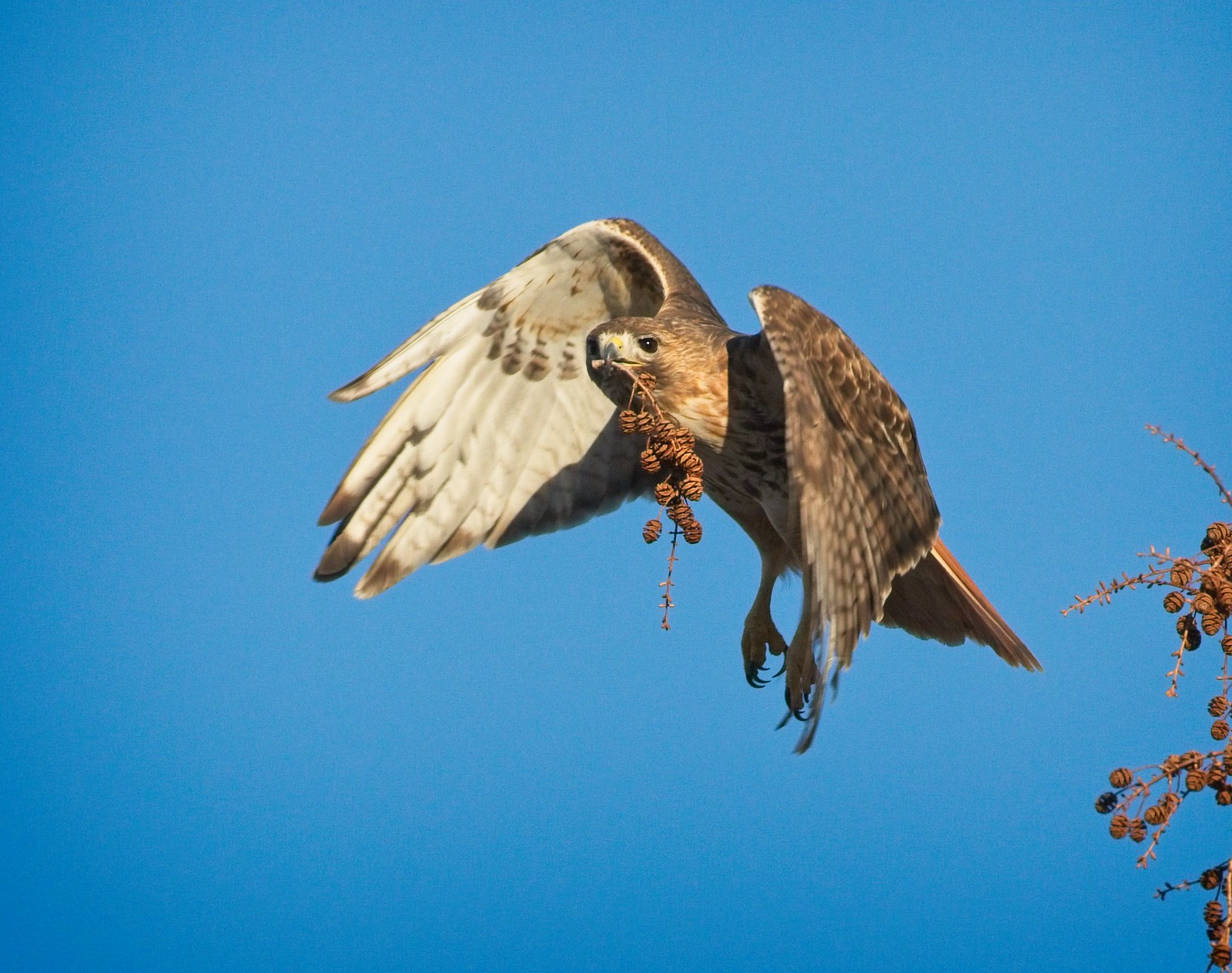 I'm not sure what the significance of the redwood pods are, but there is a theory they may be an insect repellent. Christo has taken the pods from the same tree each year except for 2015, when his nest was on Avenue A and 3rd Street - perhaps too far to carry the pods. 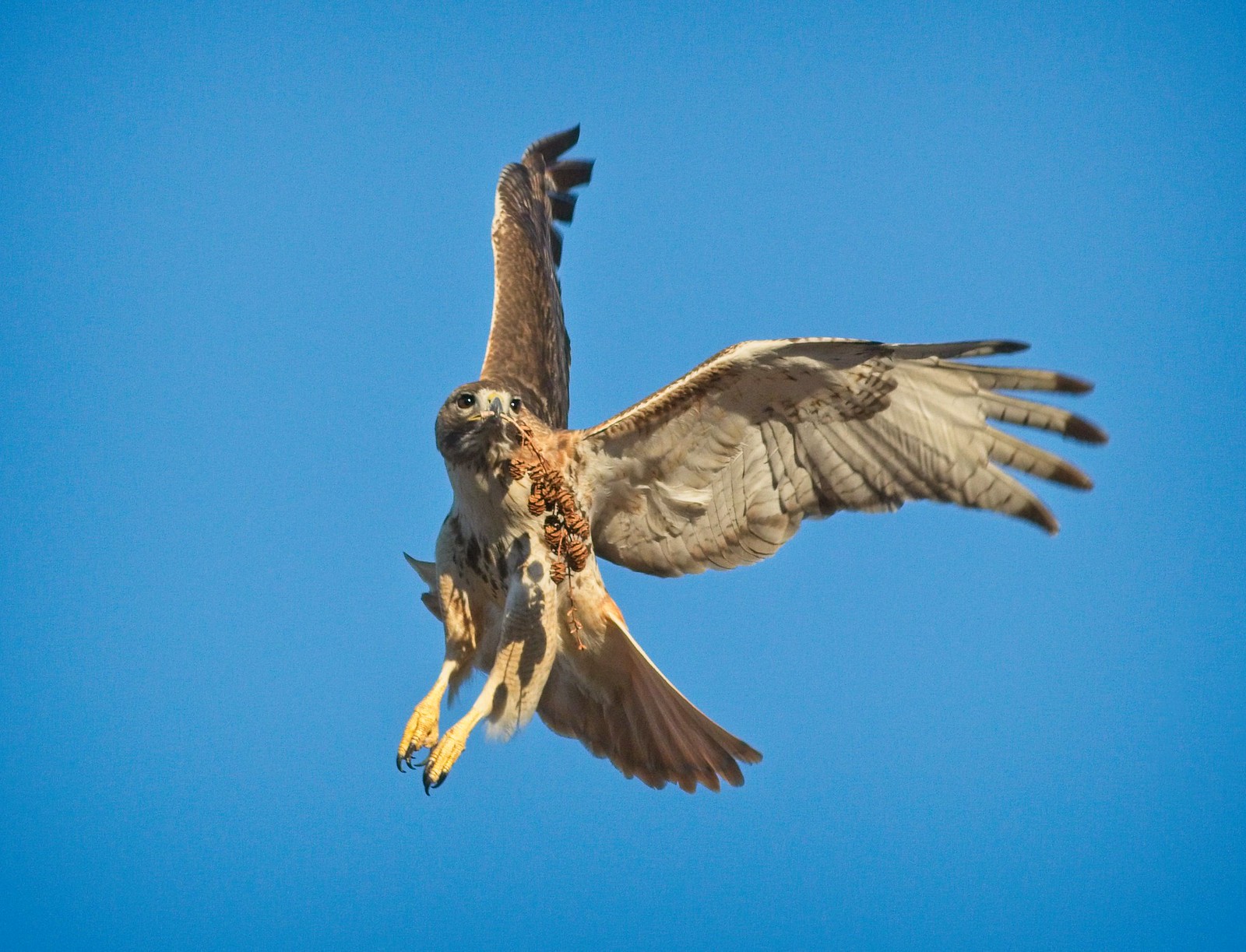 Here he is delivering the redwood pods to the nest. 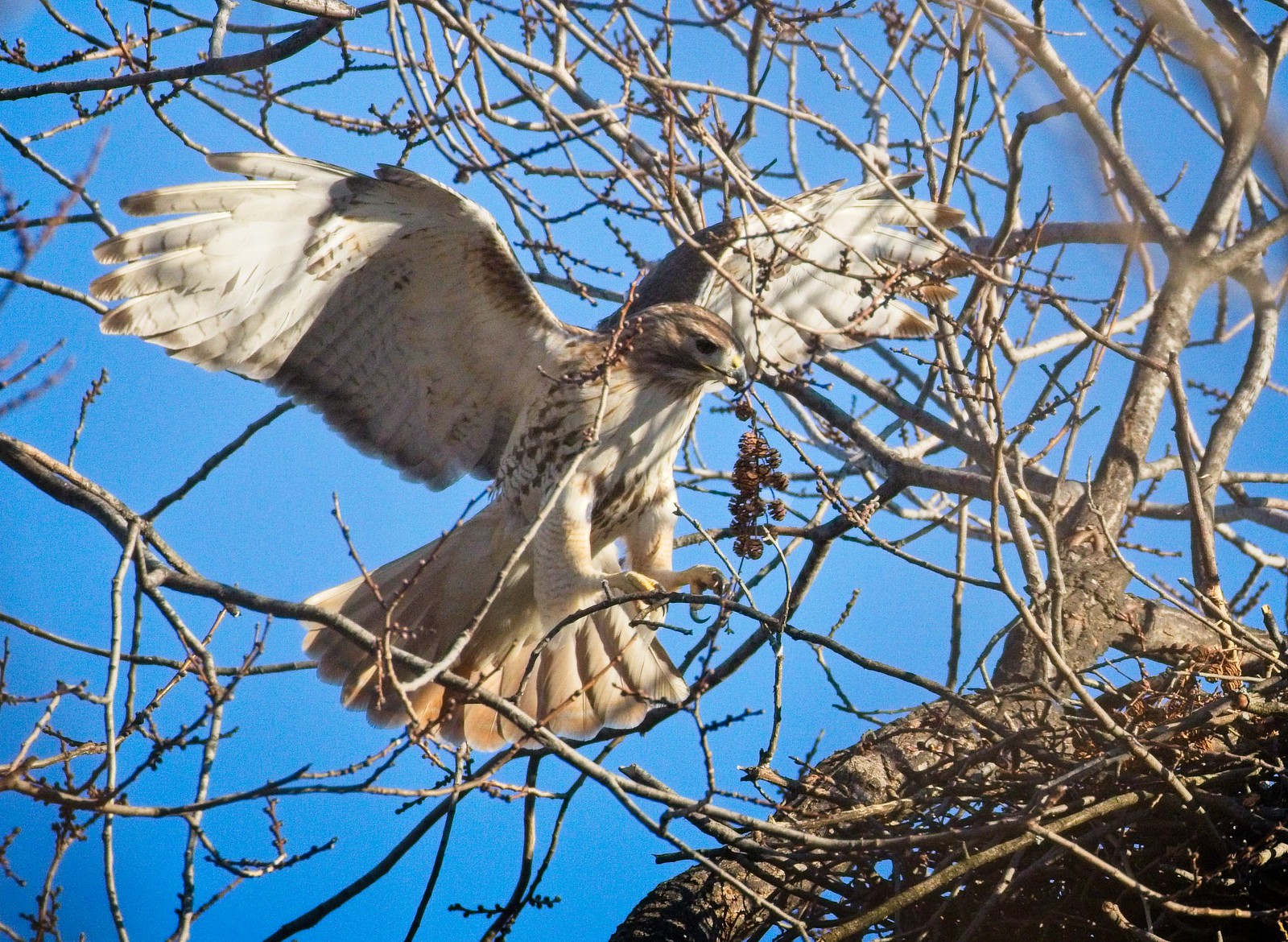 One afternoon while nest construction was going on, I found a young Cooper's hawk hanging out on the other side of the park. 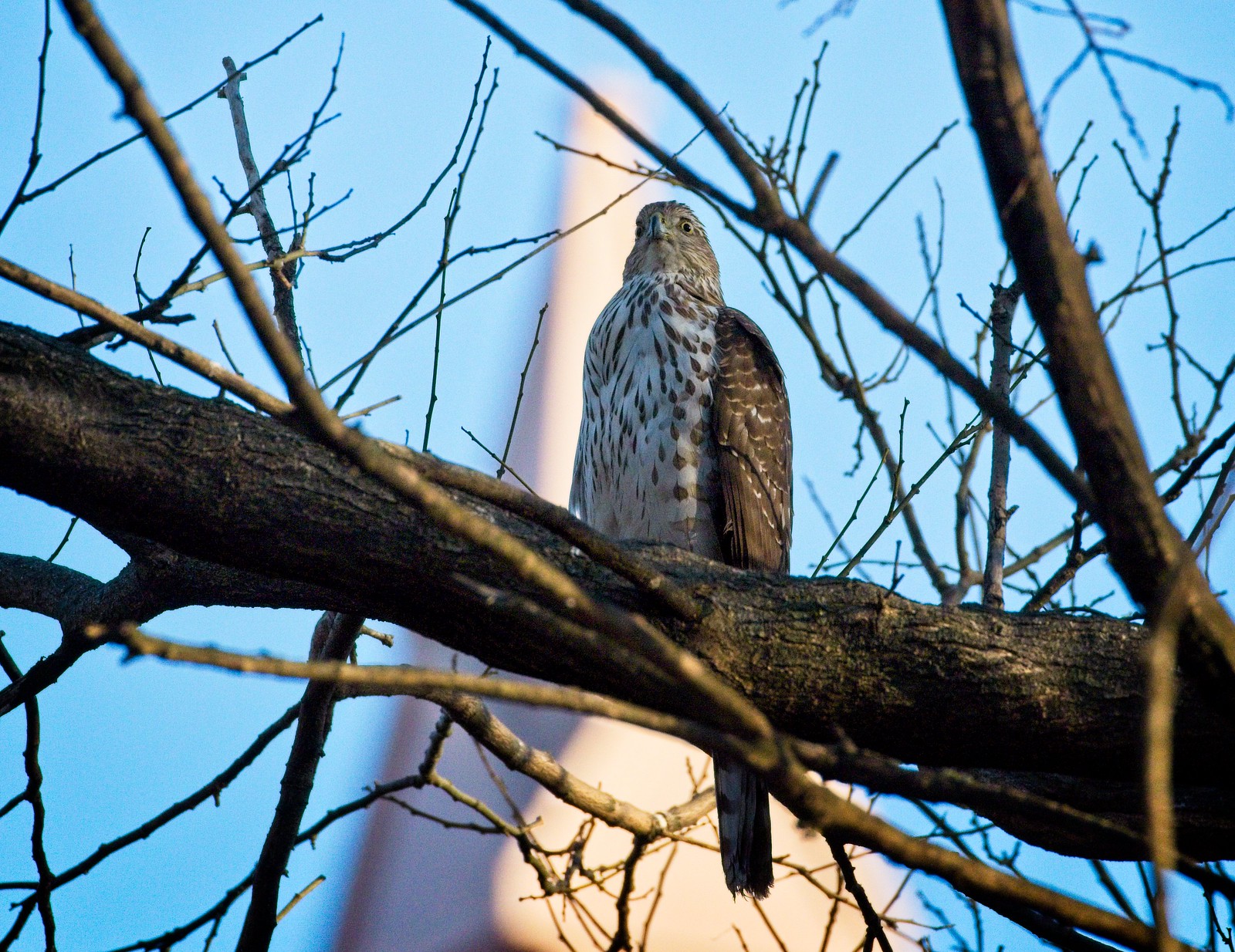 A brave squirrel dashed across the branch right in front of the hawk. The squirrel is nearly as big as the hawk, so was not likely prey, but this was a bold move nonetheless.

(Photographer's note: there's always a perfectly misplaced branch to get in the way!) 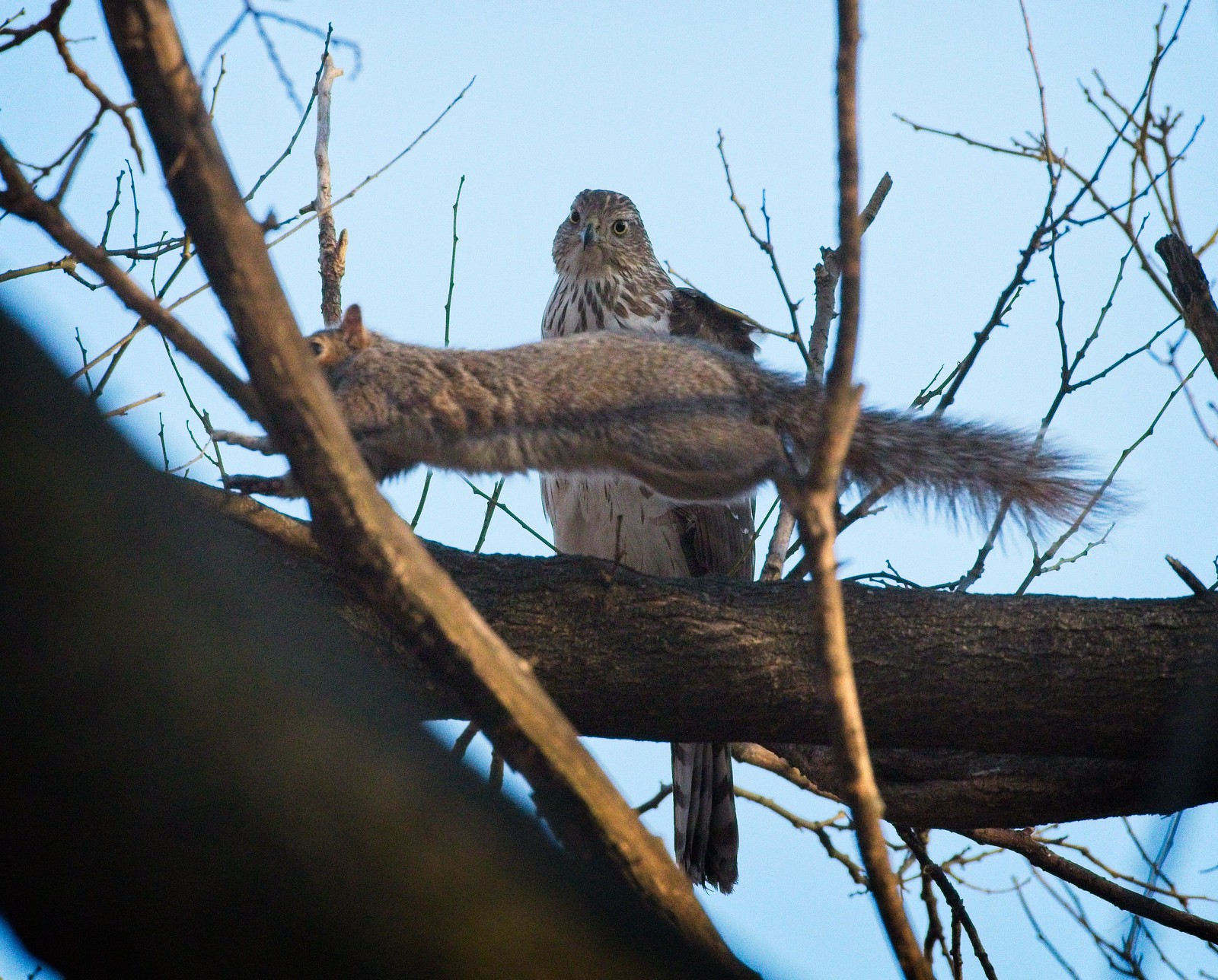 Here is a better view of the Cooper's hawk after it moved into the sun. Its crop is bulging, so it was likely chilling after a meal. 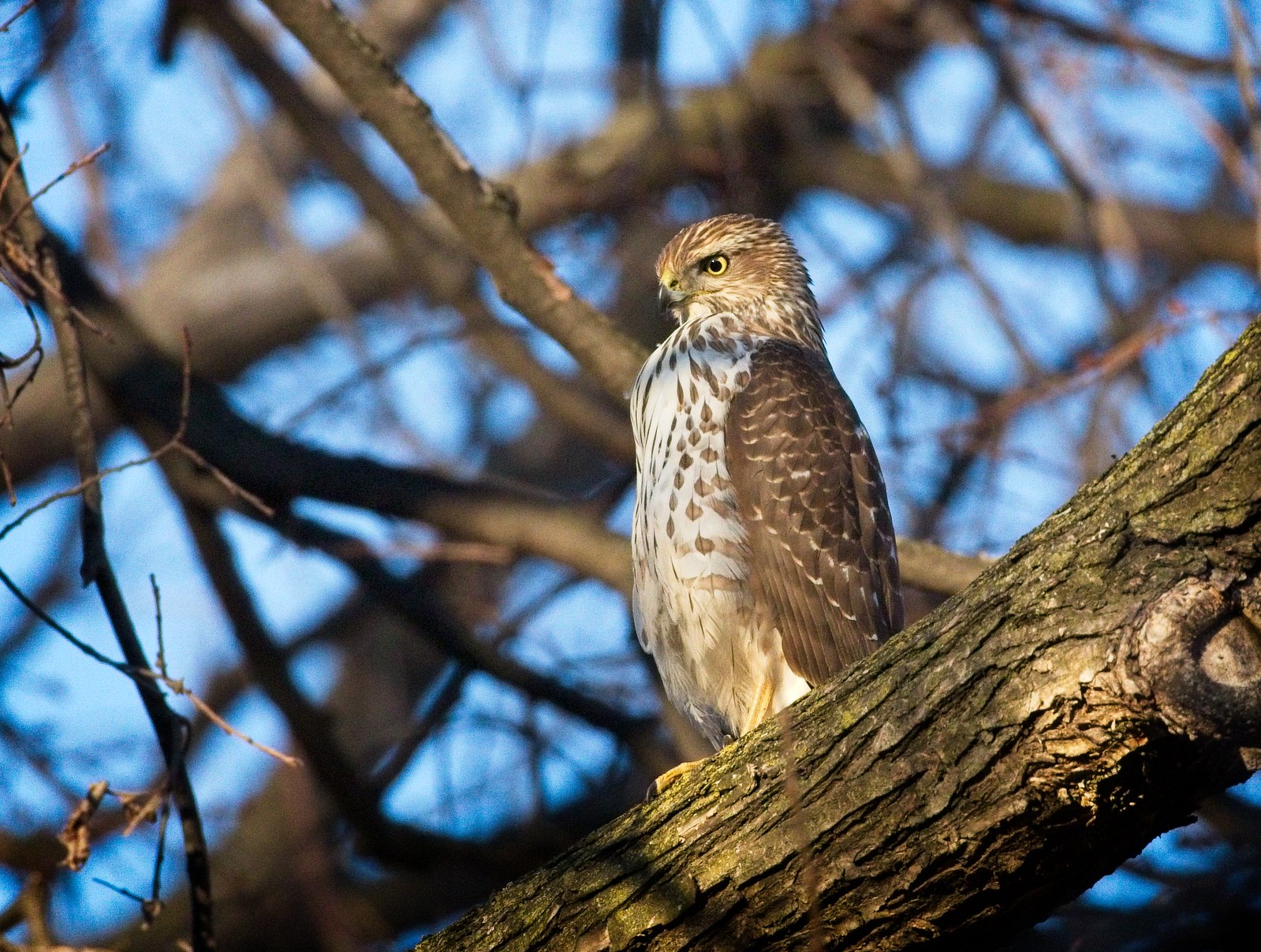 After a while, the hawk took off, flying right over my head. 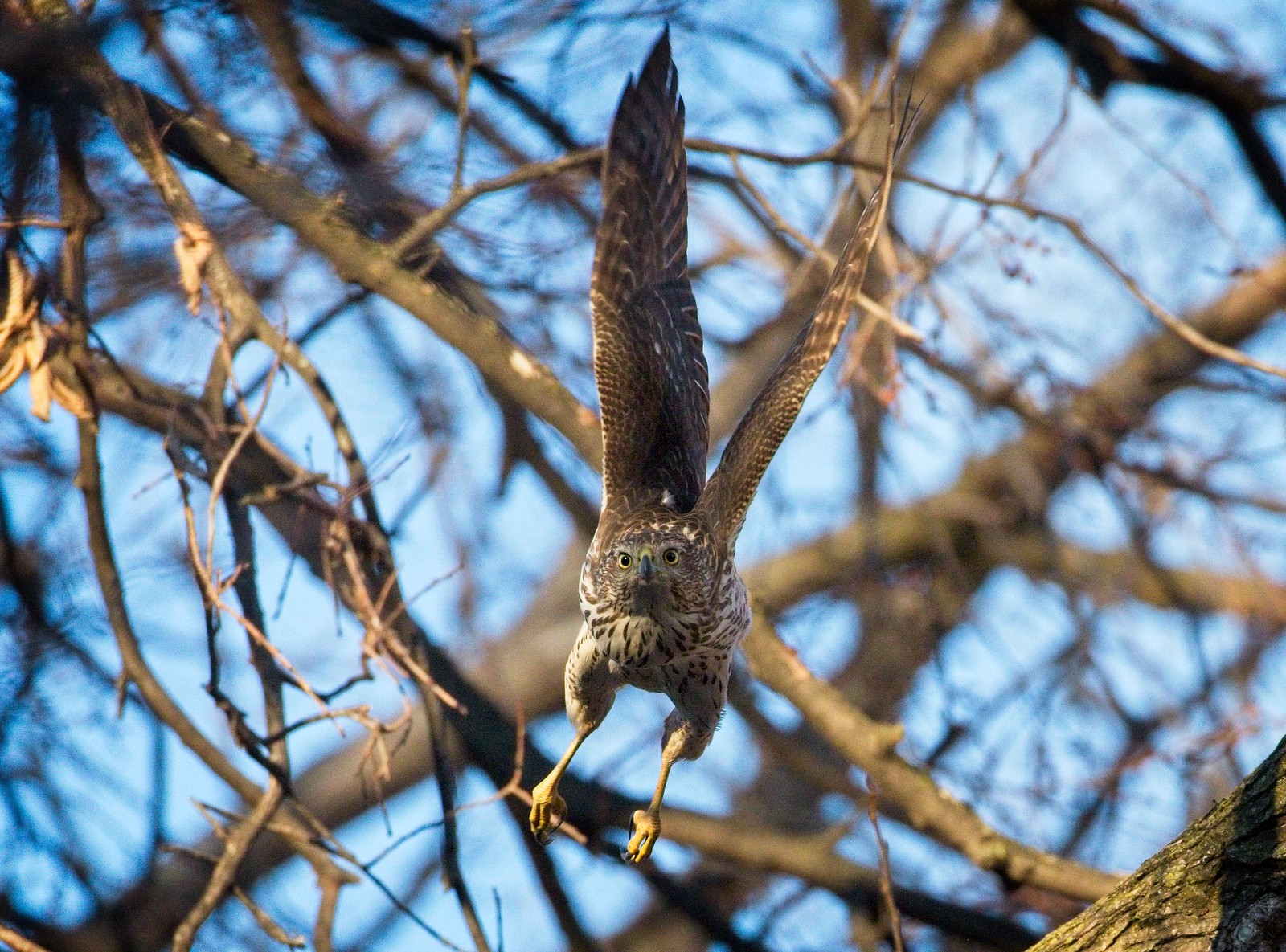 Later, after nest construction was done for the day, Amelia rested in front of a waxing moon. 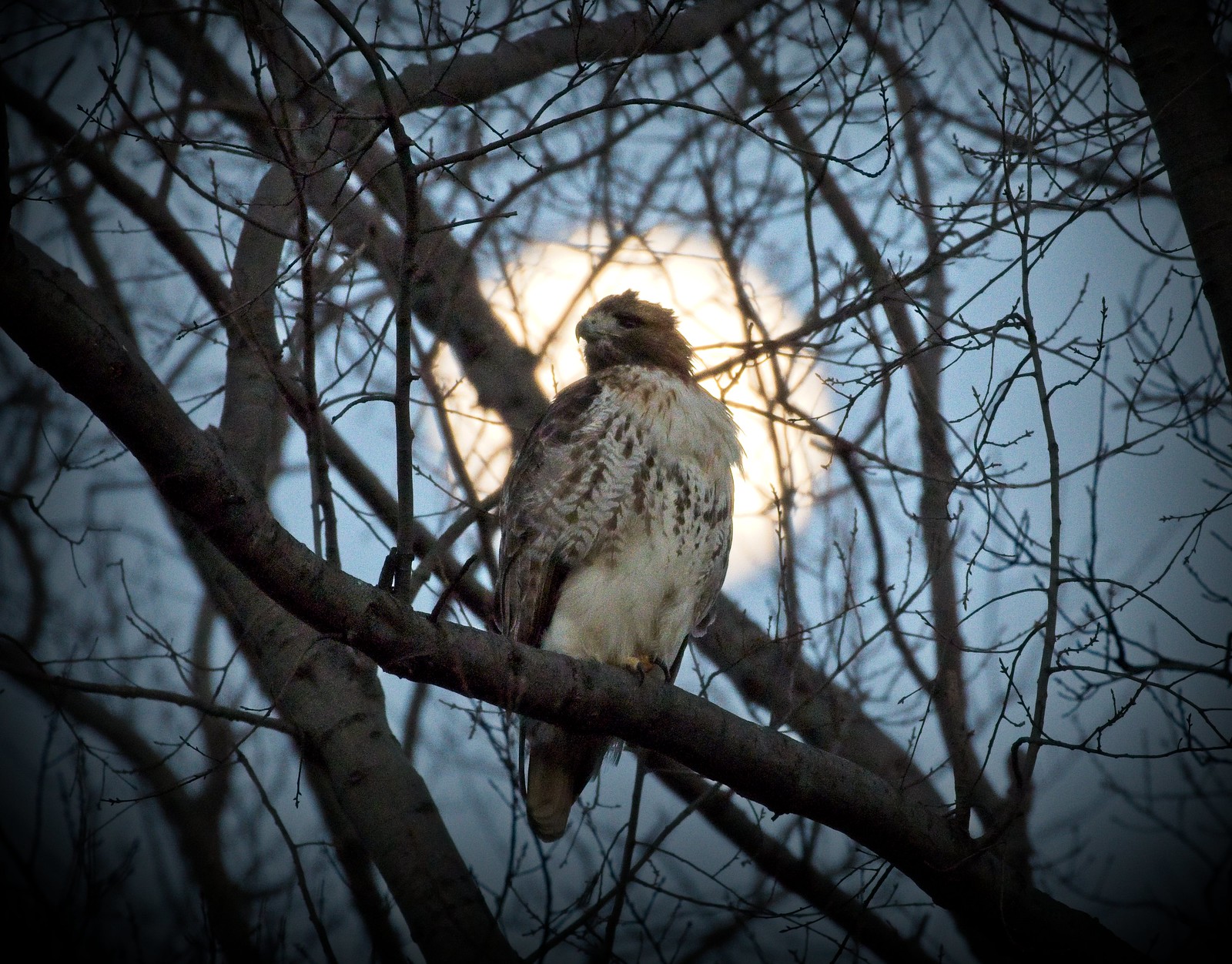 This evening, I watched Amelia sit in the nest well after dark, a sign that egg laying time is soon.