The big news is that word has come in from the Ageloff Towers that Christo and Dora now have three eggs.

The first egg was laid around March 23 or 24, and the other two were laid some time between March 27 and April 5.  My rough estimate is that we can look forward to hatchlings around the end of April or the first week of May.

Looking back at the nest last year on the Christodora, we can compare the size of the two air-conditioners.  I think it will be pretty crowded up there this time around, but I have to trust that the hawks know what they're doing.

Other than that, it's a rather dull time for hawk-watching.  There is almost always one bird  on the nest, but they are not visible from the street when they're sitting down.  You can catch them switching places when Christo comes to relieve Dora of nest duties and she takes off for a lunch break. 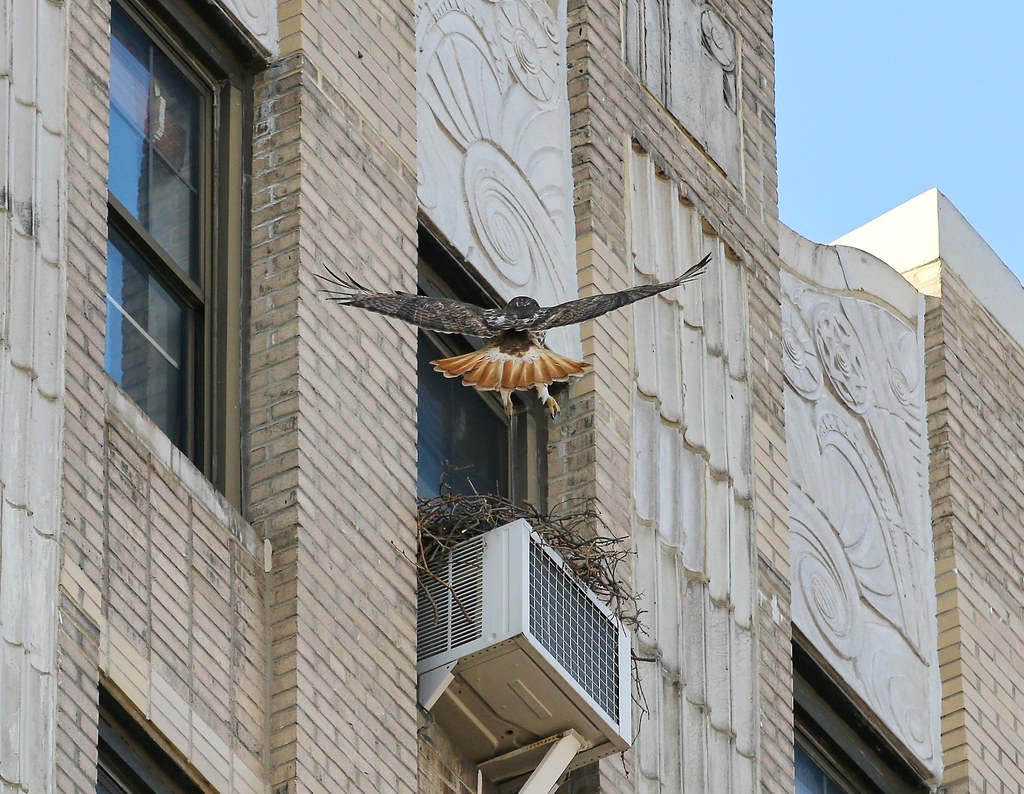 Christo is on the nest, but can't be seen as Dora comes in for a landing.

I've been seeing Dora perch on Village View on First Ave & 3rd St, and also on the cross of the Most Holy Redeemer on 3rd St & Ave A. 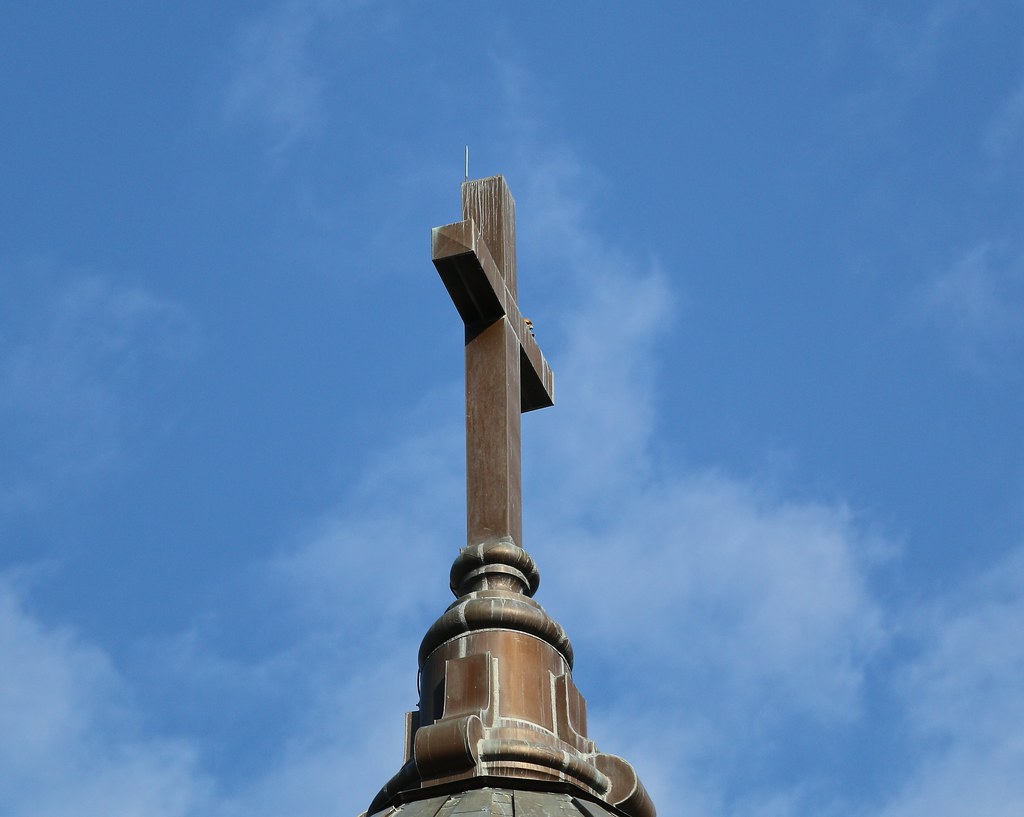 You can barely see Dora peeking over the eastern arm of the cross. 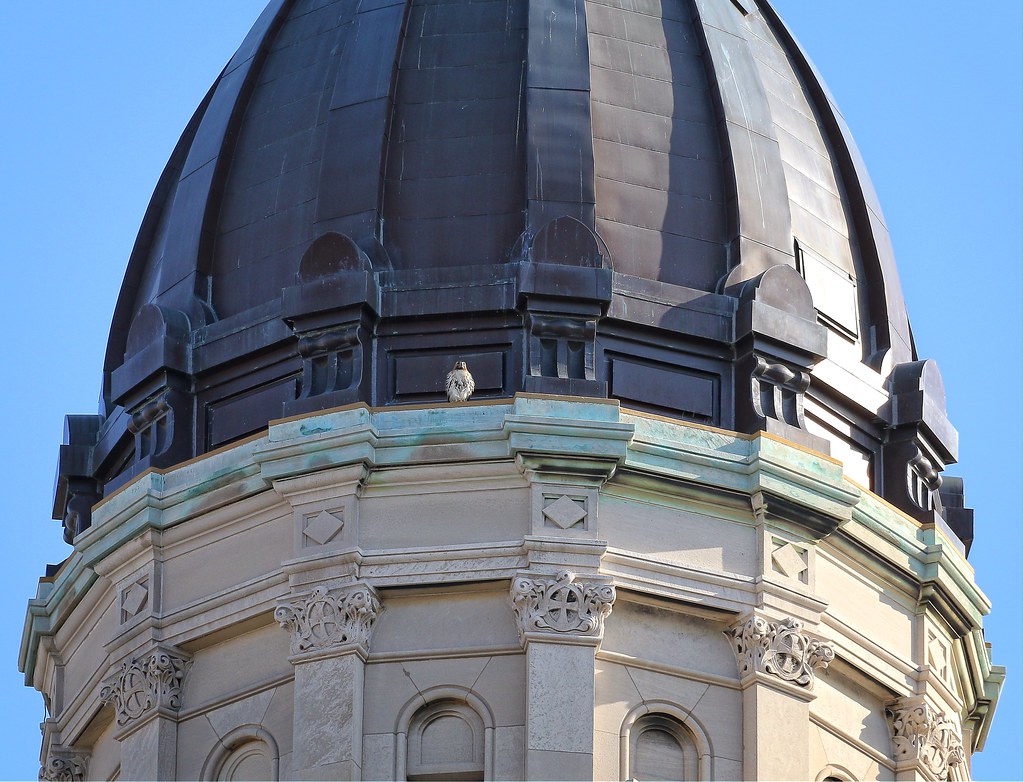 Dora resting on the dome.

Last season, Christo was almost always in Tompkins Square Park and I could easily find him.  This year, he seems to have changed his habits and is spending more time in the neighborhood SE of the nest.  I've seen him fly off that direction and return from there, but I have yet to find out where he goes.  Once the eggs hatch, I'm hoping he'll do more hunting in the park where we'll be able to observe him more closely. 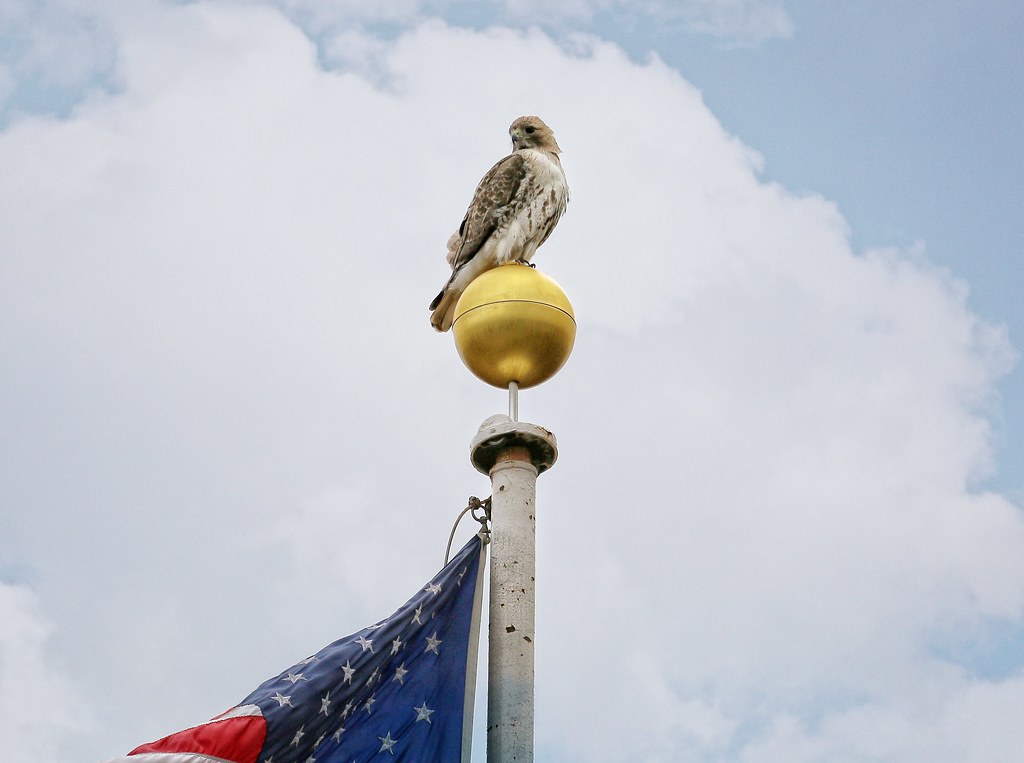 Christo atop the flag pole in Tompkins Square.

Previously.
Posted by Goggla at 10:03 PM