While Dora continues to brood on the nest, mostly out of sight from the street, I caught up with Christo this last weekend in Tompkins Square.

I'd just been complaining out loud that I hadn't seen him up close in a while, so of course that's when he flew across the Avenue A playground with a pigeon. 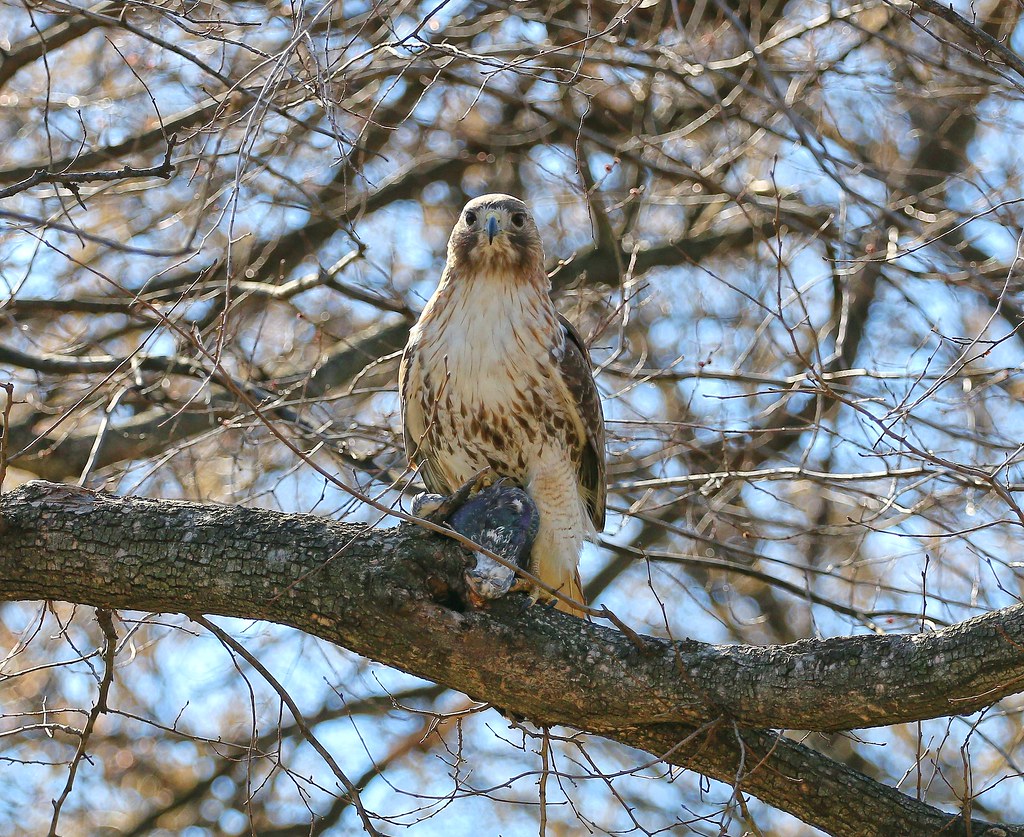 After letting all the kids get a good look at his catch, he took it over to the chess tables where a small crowd gathered to watch. 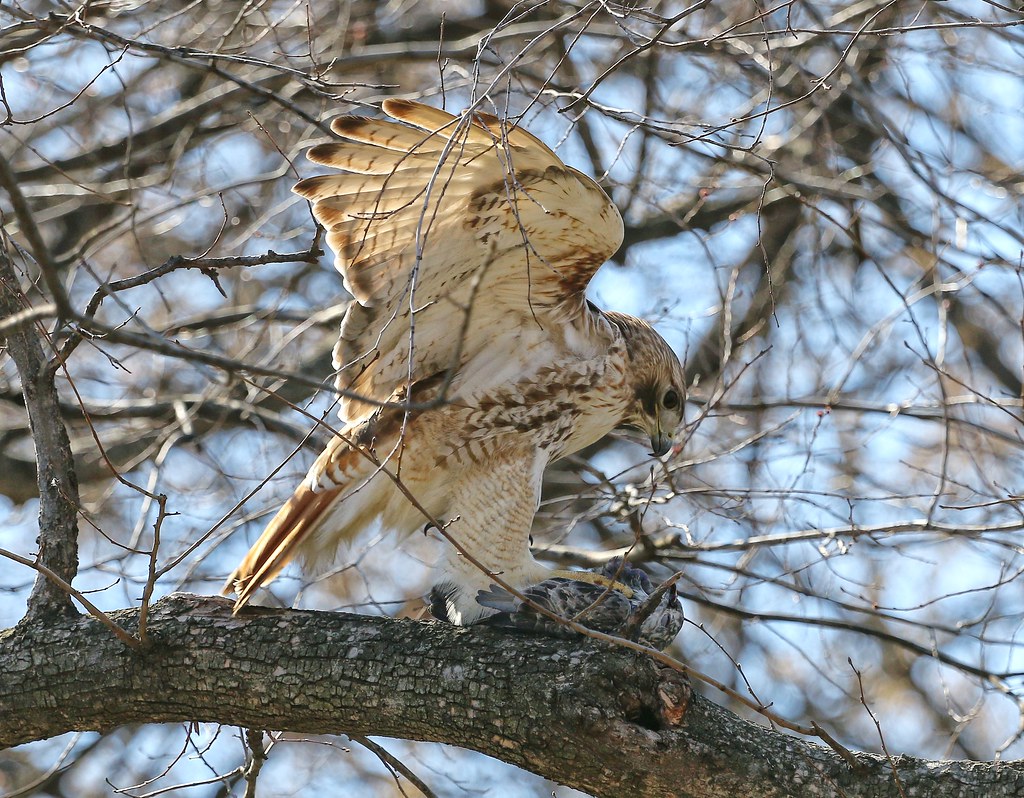 But after several minutes of feather-plucking, he decided to take off.  He flew to the north end of the park near 10th Street, but I lost him and never saw if he ate the pigeon himself or shared it with Dora. 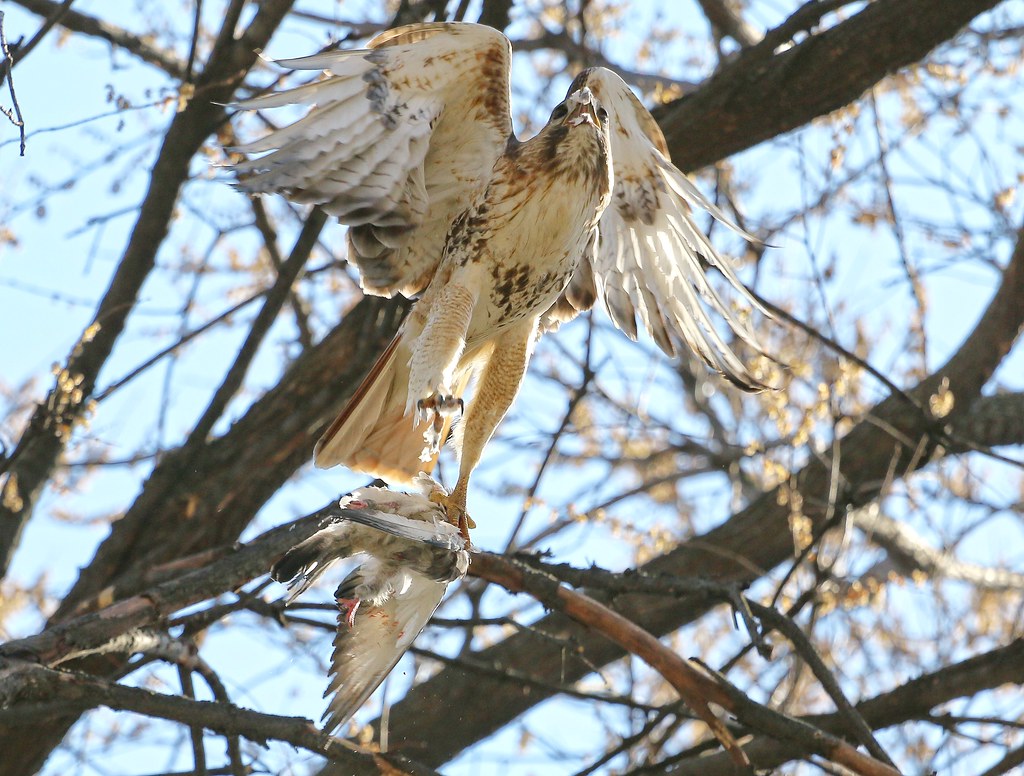 Monday night, I found him hunting rats behind the park offices. 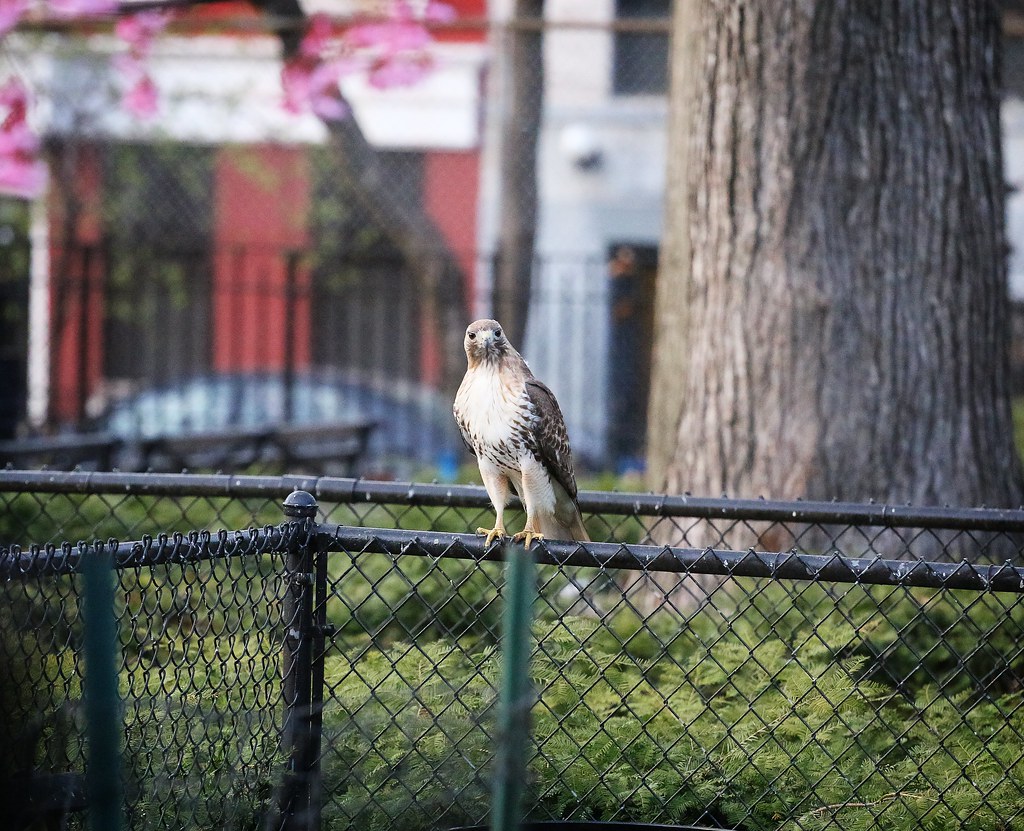 Birds and squirrels swarmed all over the area, but he seemed bent on getting the rats that ran around in the bushes under the birdbaths.  I wanted to stay and watch him, but I got kicked out when the park employees locked the gate.

Lucky for me, Christo flew back out to the front of the offices and perched on the flagpole. 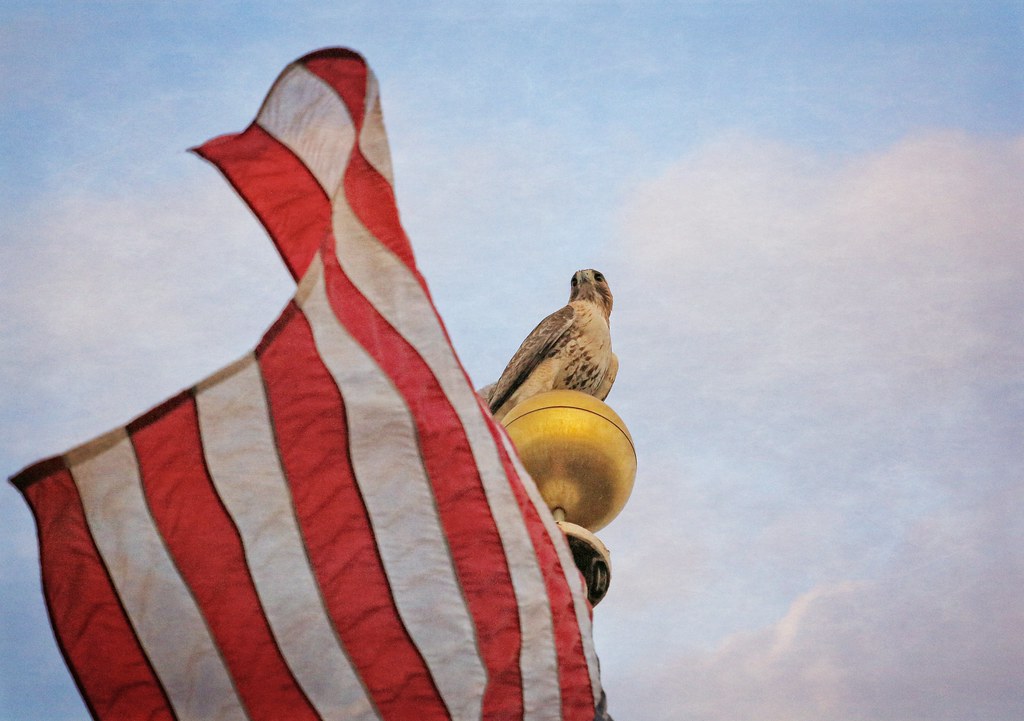 I don't know why he gave up on hunting in the back area, as he had a lot of dining options back there.  He spent the next hour or so diving from the flagpole into the grassy area just to the west, failing to catch anything, then back up to the flagpole. 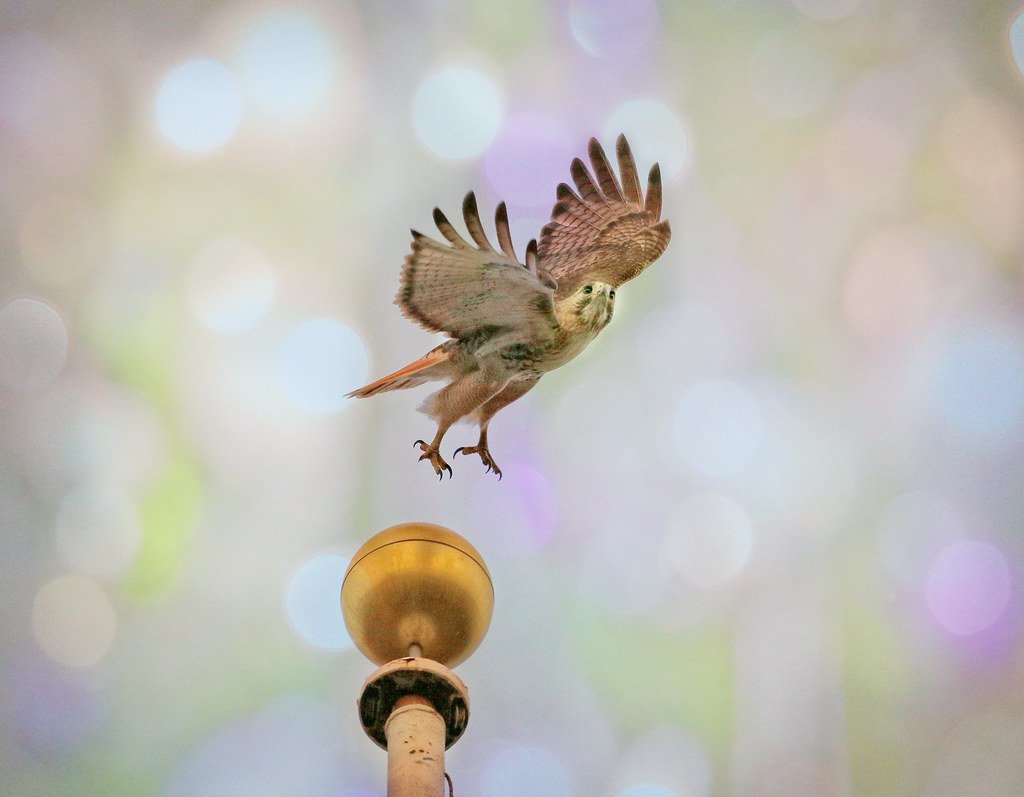 Watching him try to catch dinner over and over made me hungry, so I had to leave.  I hope he found what he was looking for... 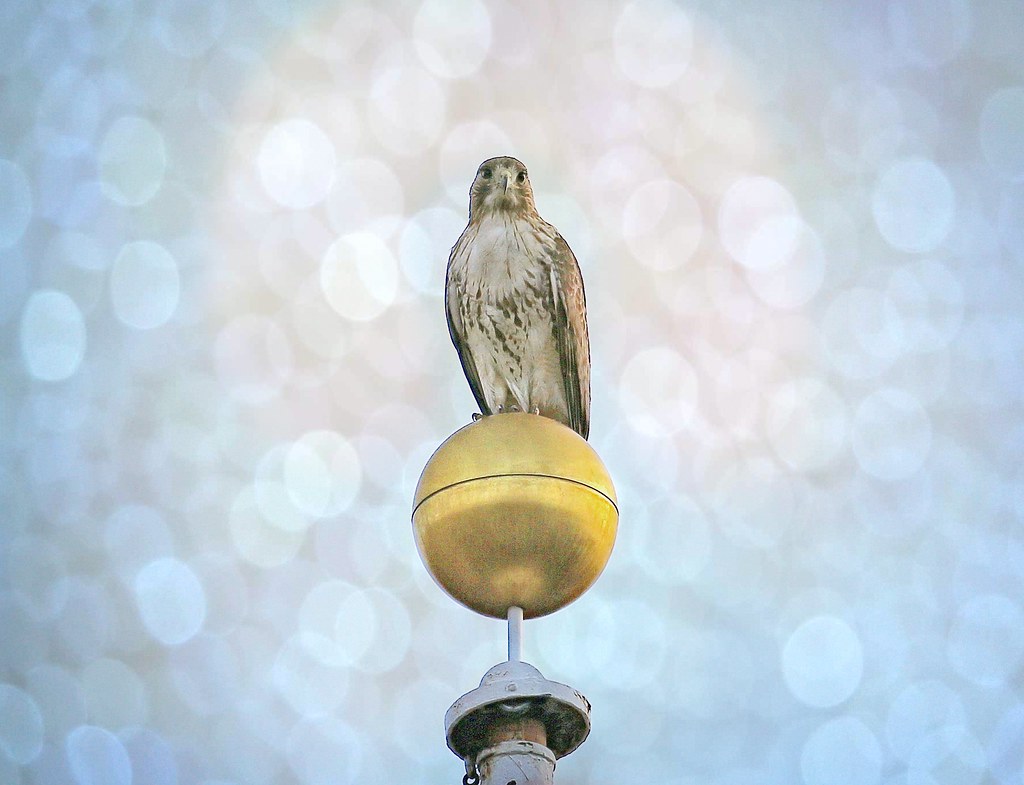