I'm still catching up on hawk posts.  The week after fledging from the Avenue A nest, there was so much action, the hawks kept me busy.  The following photos are from June 28.

This was the day I finally got to see all three siblings together. 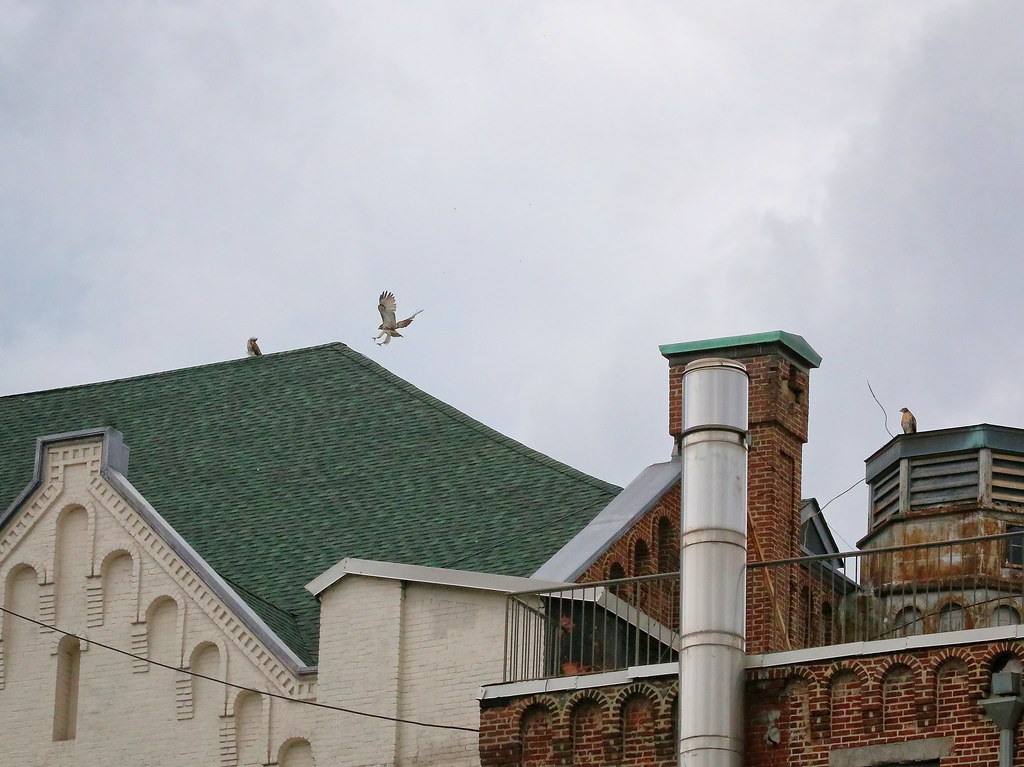 Fledgling #1 is on the right, while #2 and #3 (I can't tell them apart) are on the green roof.  They sort of stayed in this configuration for a few days, with the two younger siblings sticking together and the oldest somewhat separated. 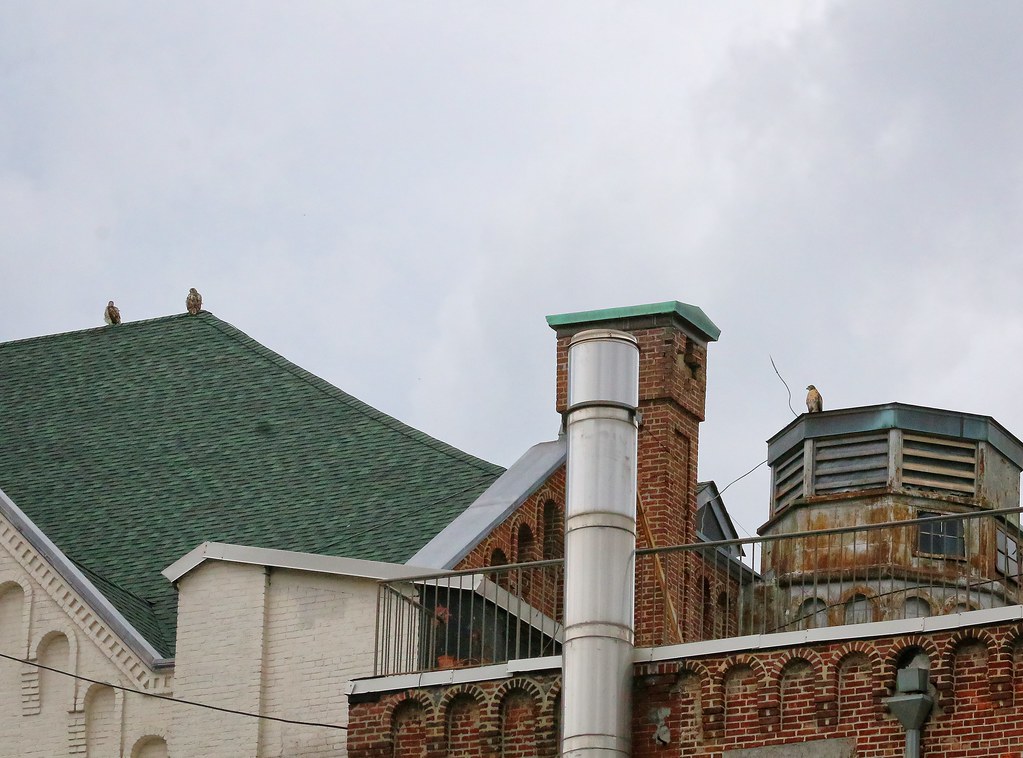 This isn't to say the lone fledgling was alone.  The other two did come visit. 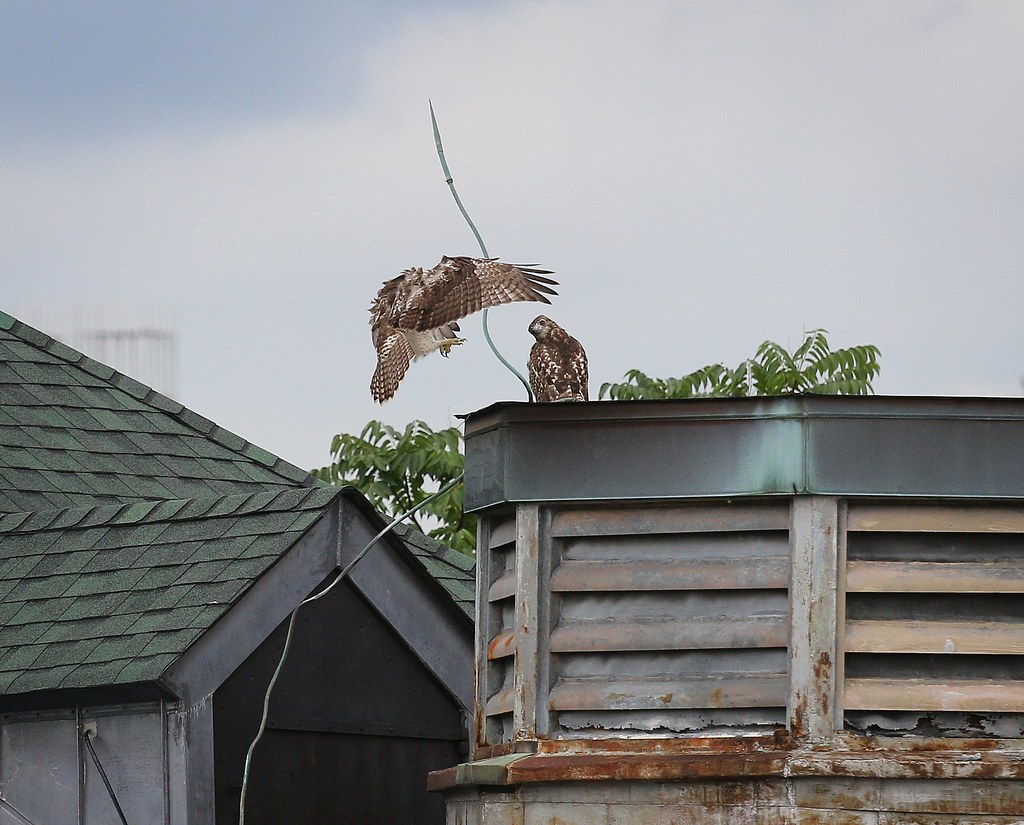 But as it had been through a week of trauma, the first fledge acted much more timid than the other two.  After being rescued twice, and placed in Tompkins Square Park each time, I was happy to see it finally made its way back to home base where it could be with its siblings and be cared for by mom and dad.

Having all three kids together makes it much easier for dad Christo to feed them.  He's been using the roof of Most Holy Redeemer church as a kitchen table, delivering food there, forcing the kids to come and get it.  (Last year, Christo also gathered all three fledglings together to feed them.)

Here, he takes a rat up to the peak of the roof. 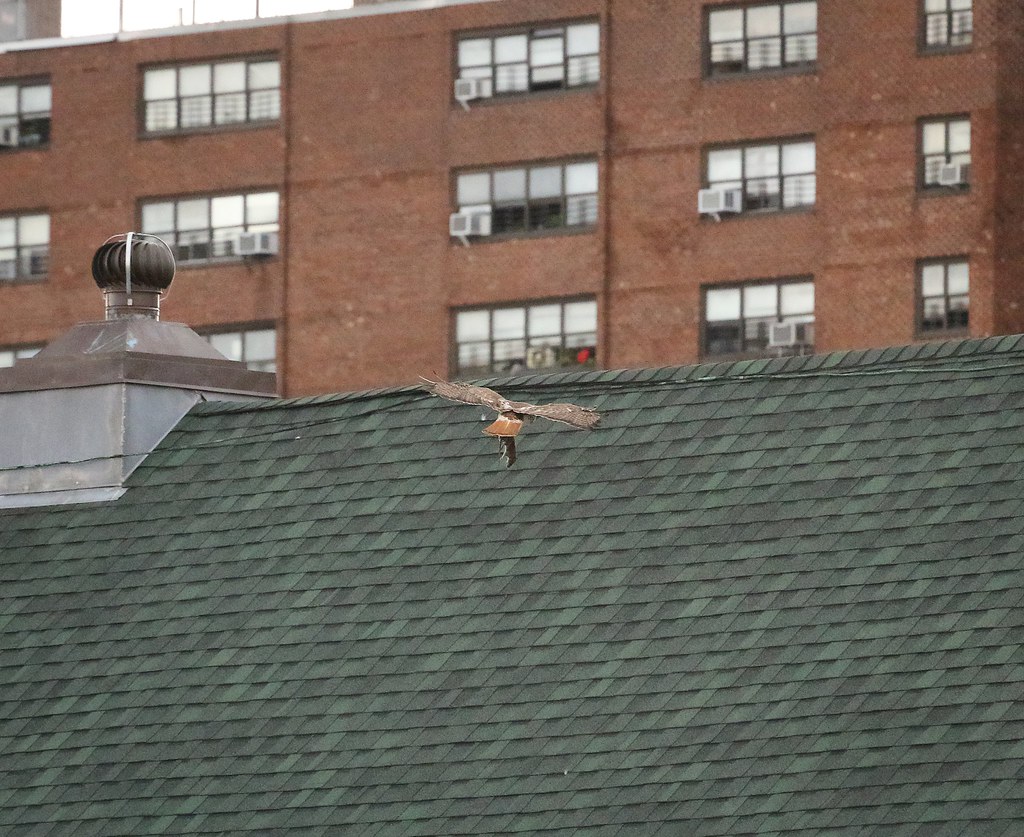 One of the kids awaits, beak wide open... 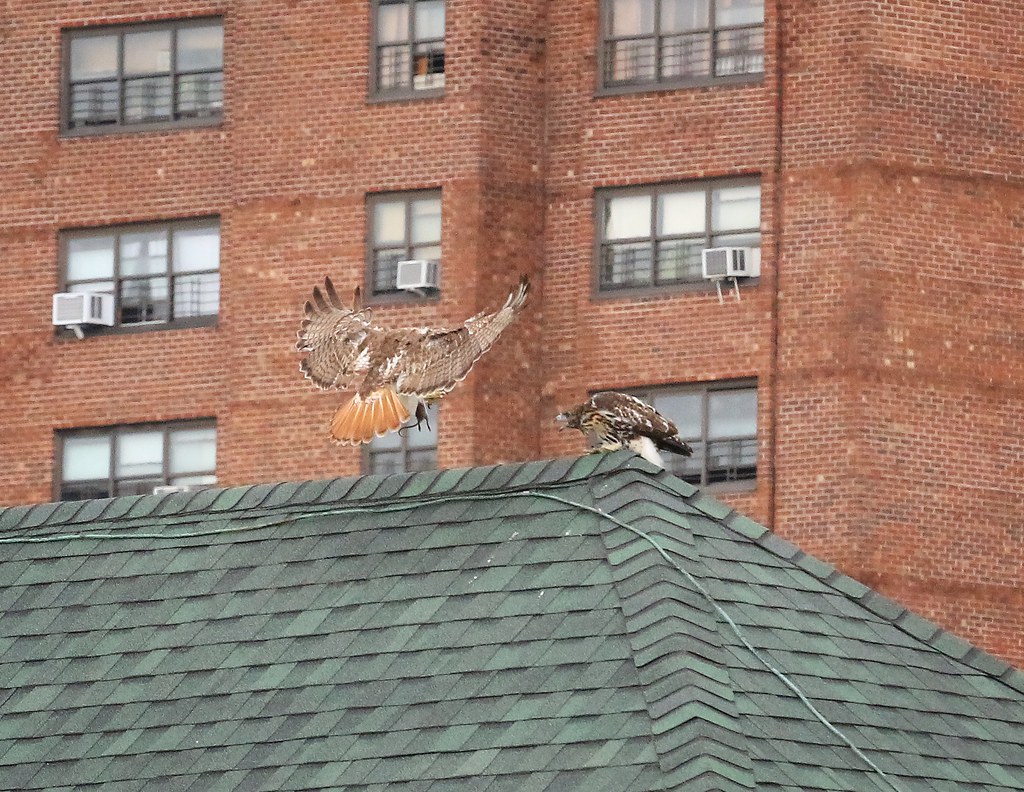 The young hawk grabs the rat out of dad's talons, then slides down the other side of the roof.  Oops! 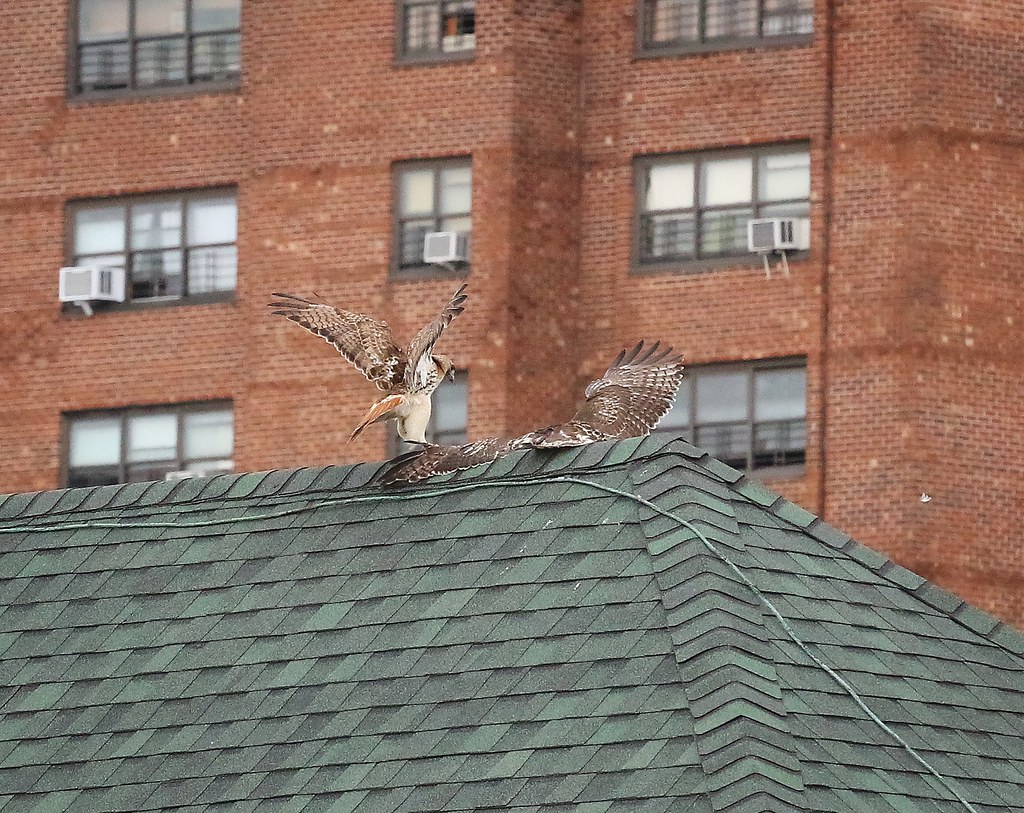 Not to worry as the fledgling recovers and takes the rat off to the left (you can just see the rat in its beak) just as its sibling flies in from the right and dad takes off. 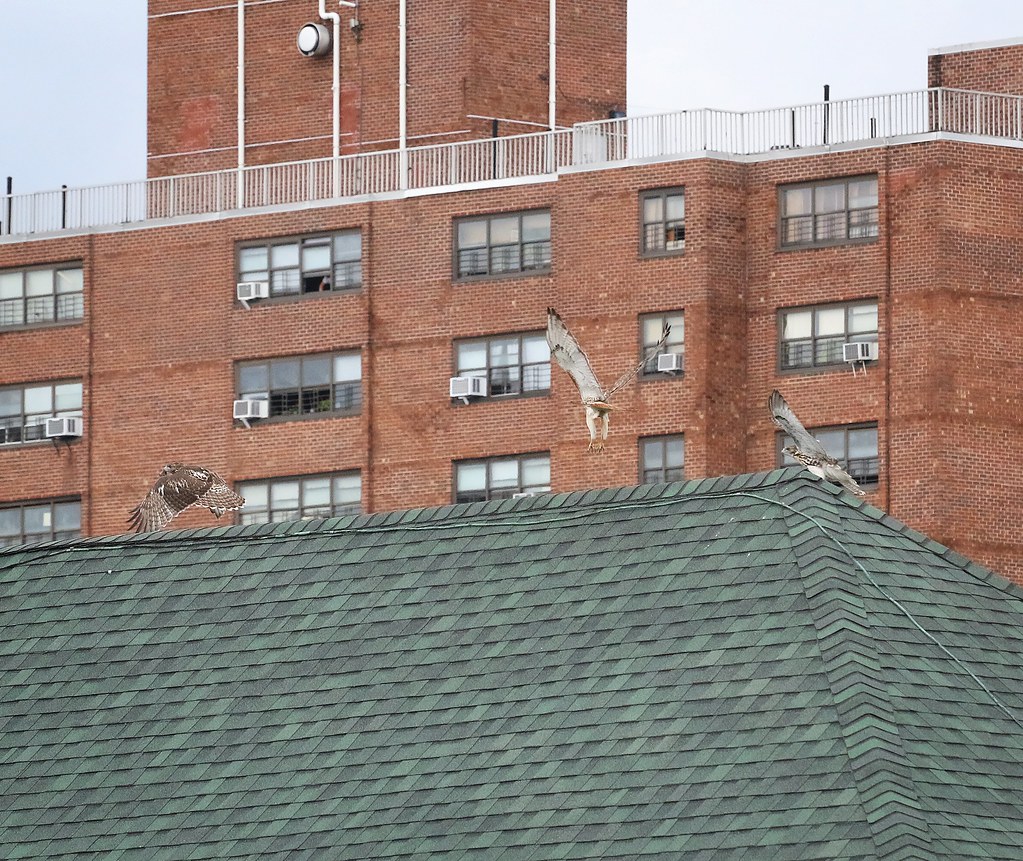 The two sibs move to the 3rd Street side of the church. 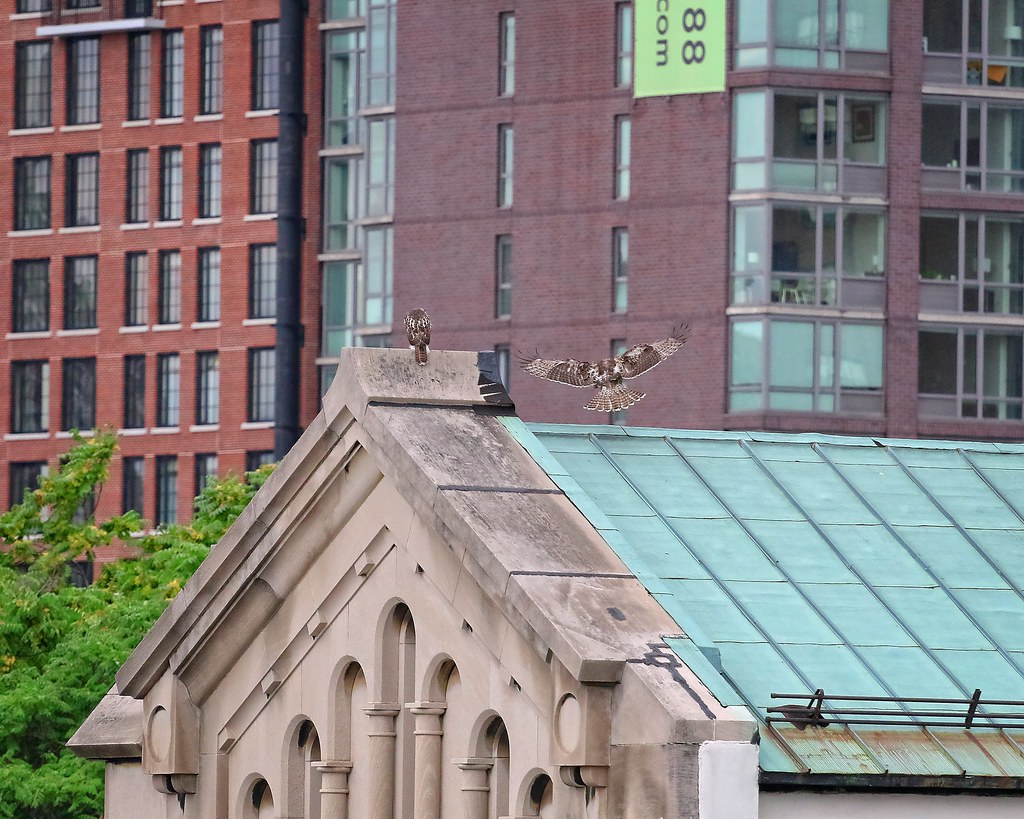 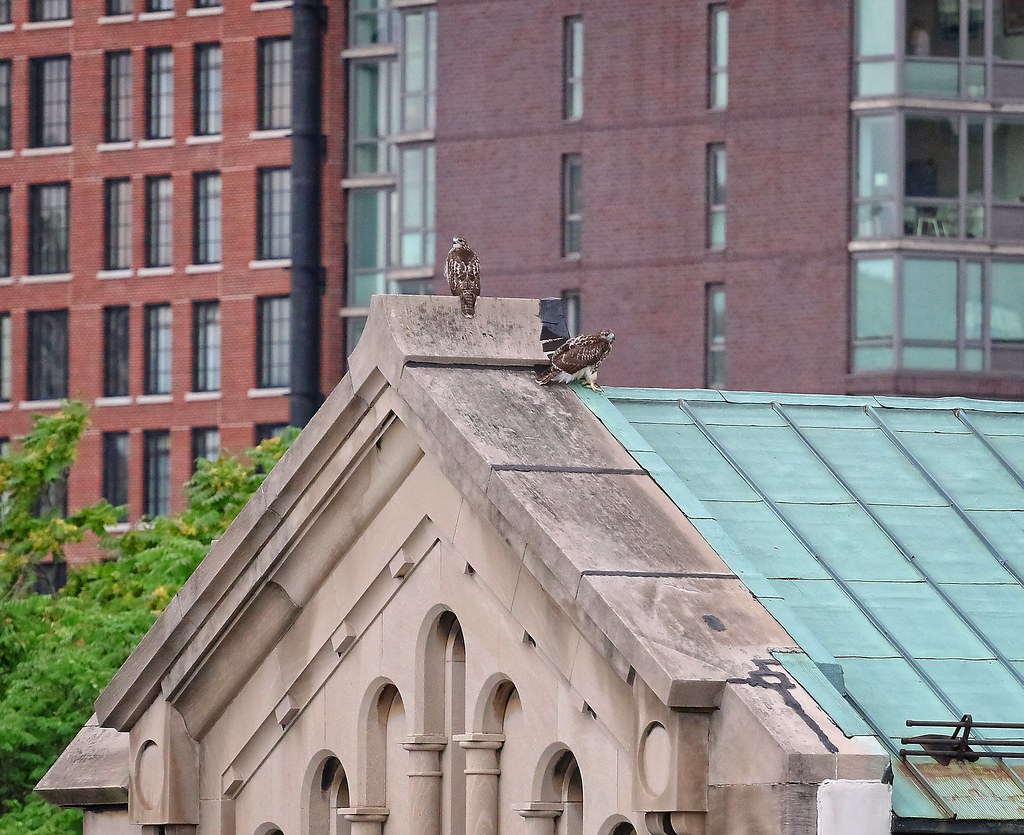 All the while, mom Dora watches their activity from the church tower above.  She really hasn't left the church much since spring.  Christo still brings food to her while she keeps an eye on the family.  She's a study in focus and endurance. 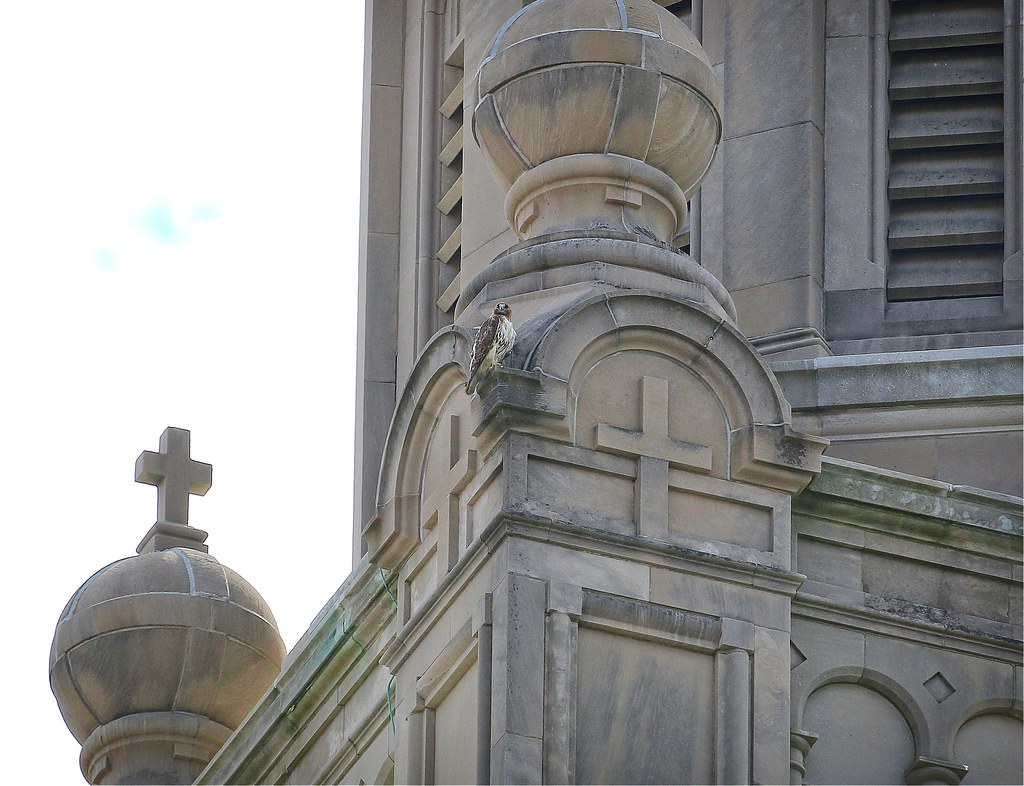 In other hawk news, Morningside Hawks has an amusing post on a juvenile hawk who went picnicking on the 4th of July.

Just a note...please don't attempt to feed the hawks.  They only eat what they catch.

Previously.
Posted by Goggla at 10:23 PM