Fledgling #1 has a thing for window screens

It seems hawk Fledgling #1 might have a thing for window screens.

On Monday, June 22, two days after fledging and with its youngest sibling still in the nest, this hawk was seen returning to the 12th floor of the Ageloff and doing some window undressing. 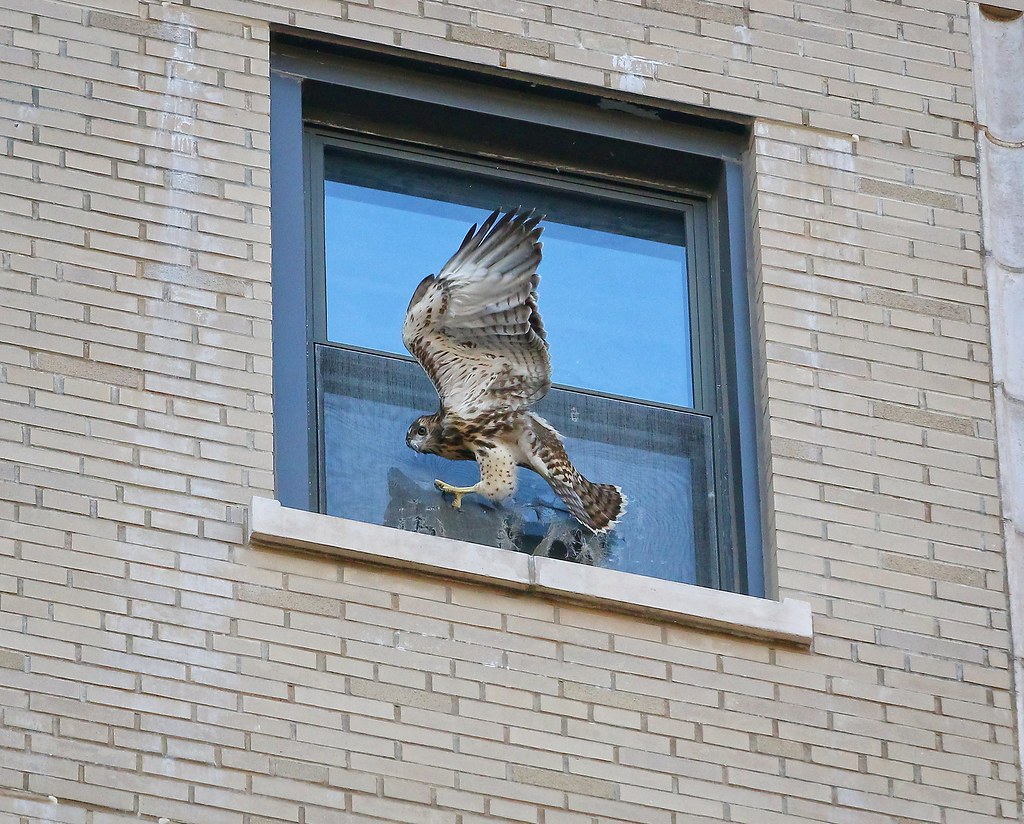 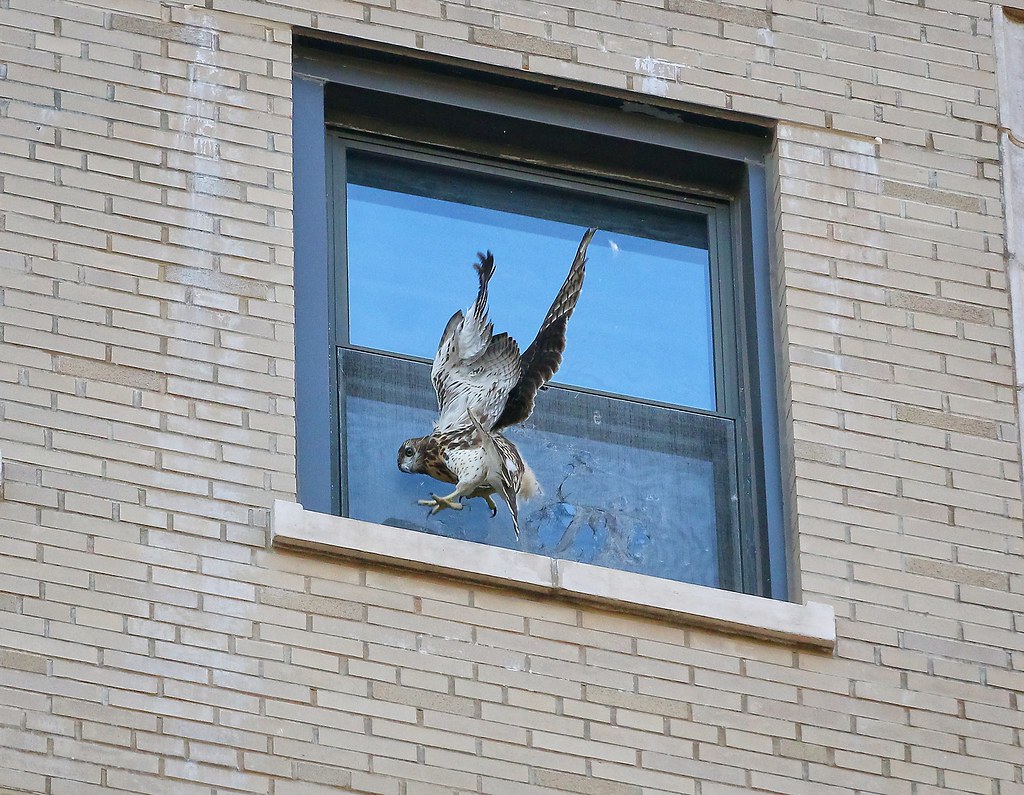 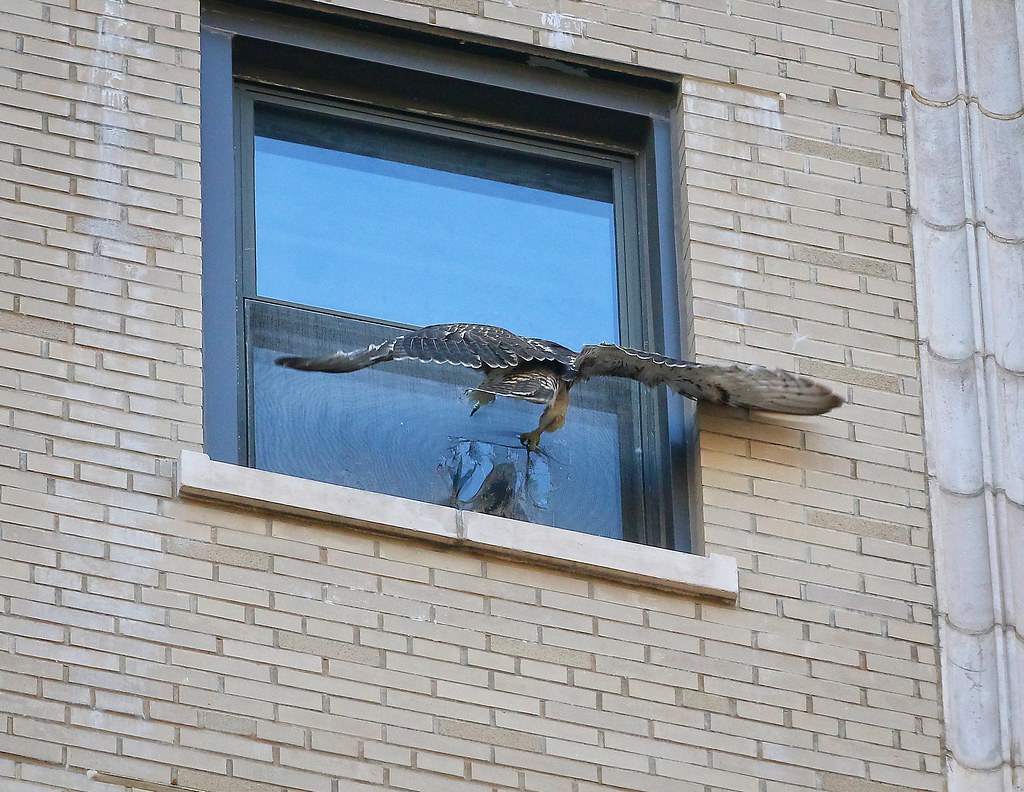 Two Hawks NYC has some video of the little rascal in action.

The following day, the fledgling again went after a window screen, this time on 4th Street.  I was standing in the street looking for the hawk when it flew out from somewhere behind me and stuck itself to a third floor window right in front of me. 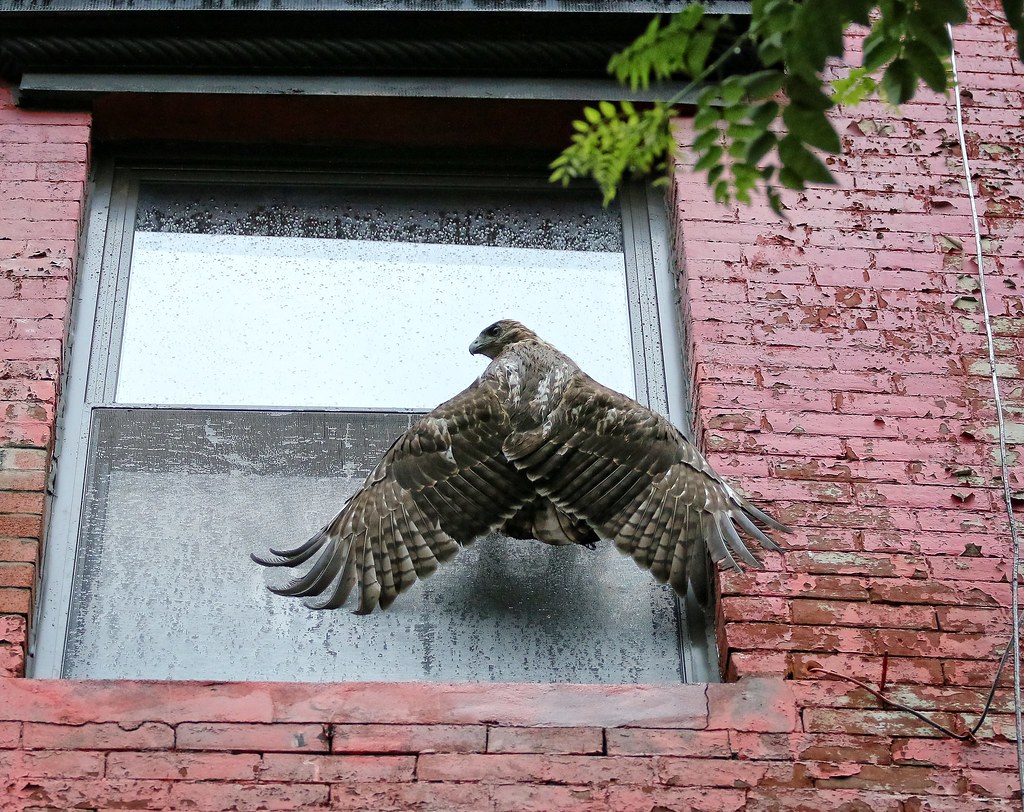 It looked like it was trying to perch on the tiny ledge, but things just weren't working out. 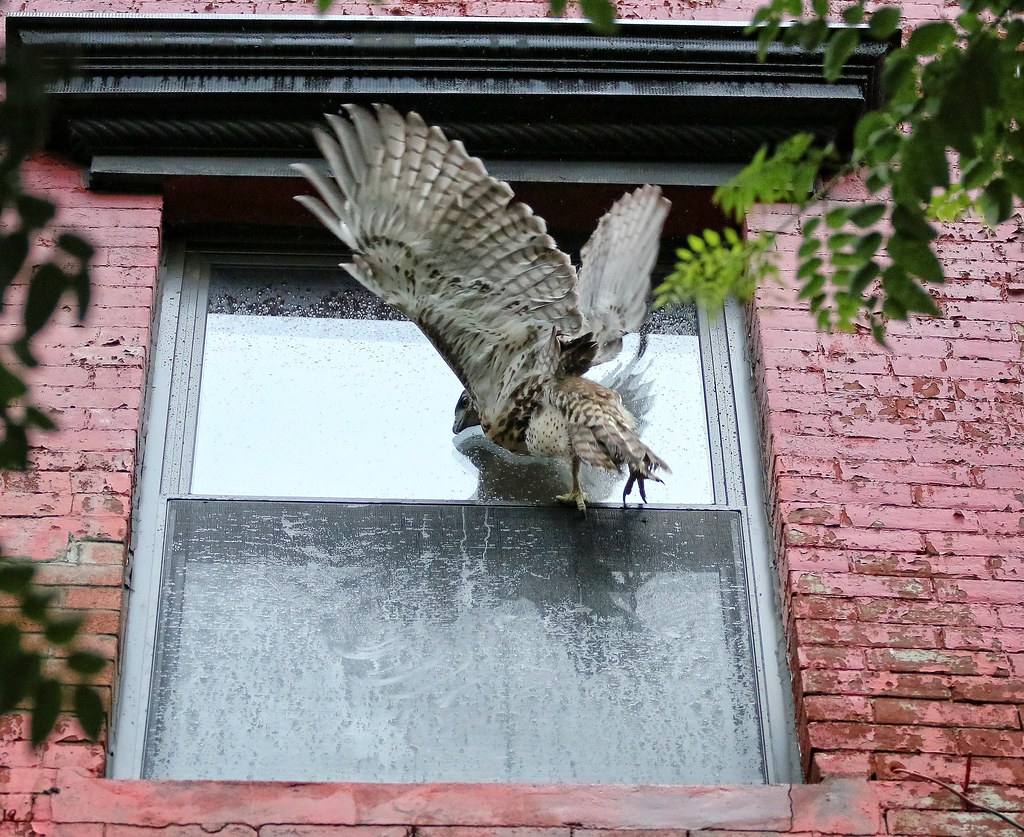 When it found it couldn't perch, the hawk had a go at screen-climbing. 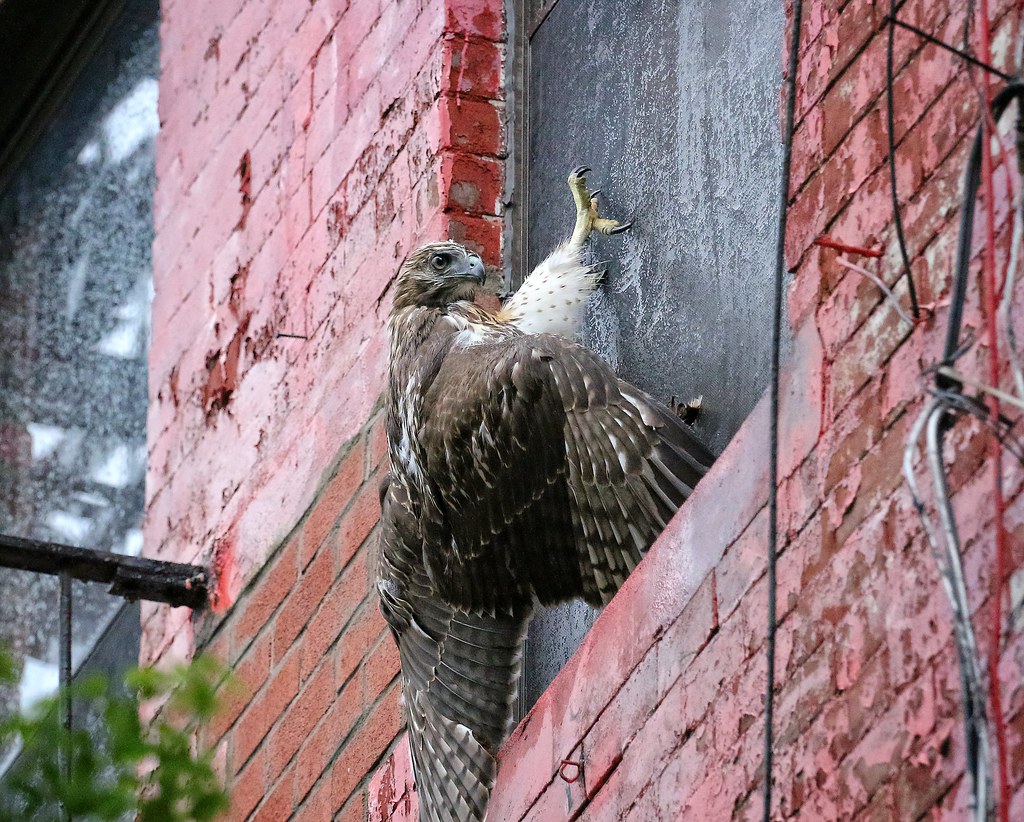 Unlike the screen on the Ageloff, this one didn't look like it sustained any damage. 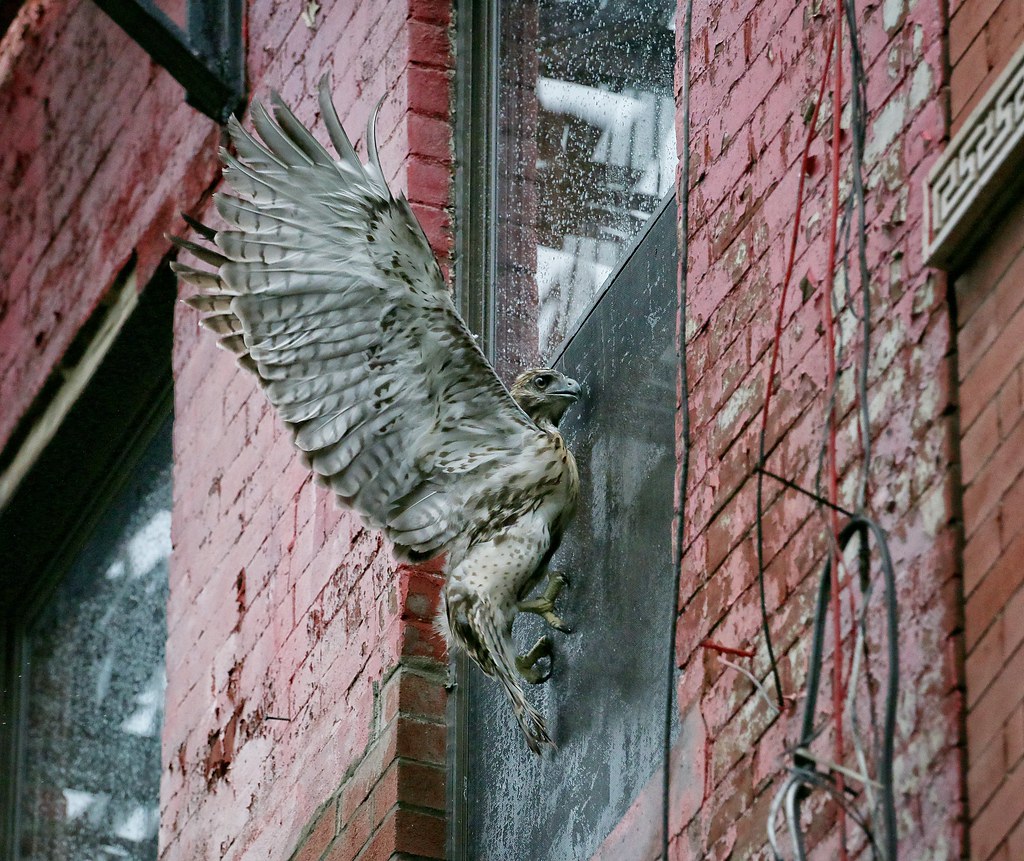 After a few minutes, the hawk wore itself out. 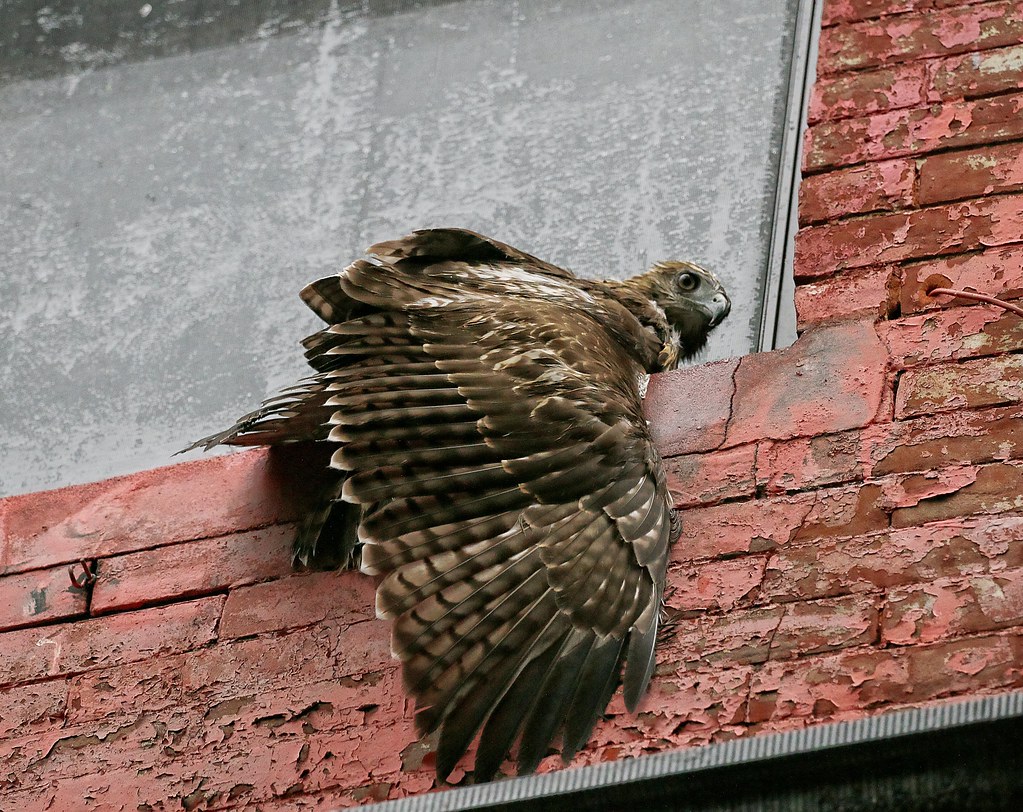 Then it dropped down to a second-floor air-conditioner...hey, it's a Frigidaire! 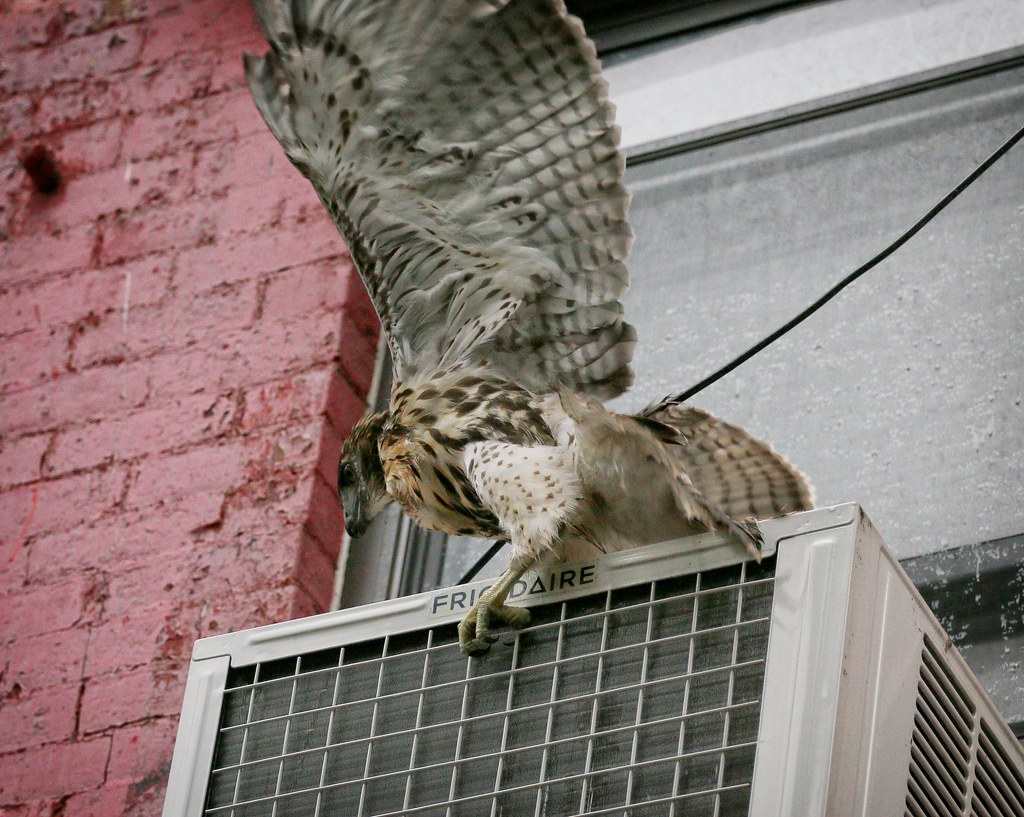 As it was late evening, the hawk ended up sleeping on the air-conditioner. 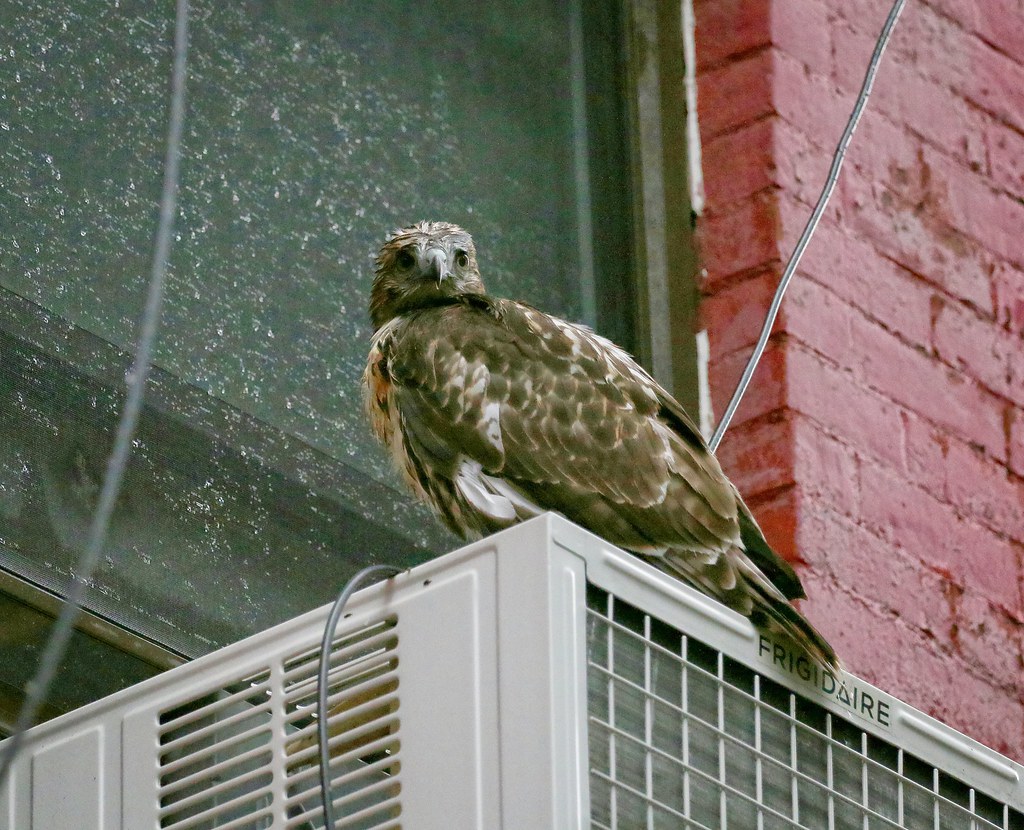 Thank you to the resident who was cool with everything and left the bird alone.  Thanks also to Two Hawks and Ranger Rob who checked on it during the night.  It takes a village...