Just when I think Christo the Tompkins Square hawk is growing docile... 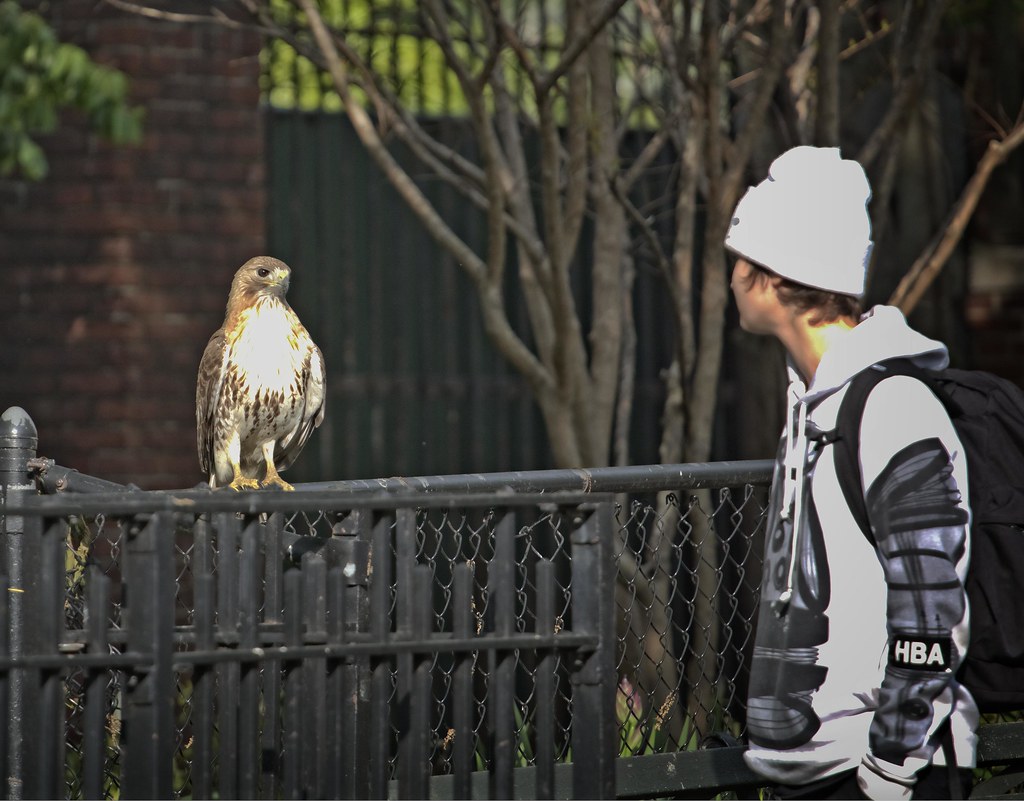 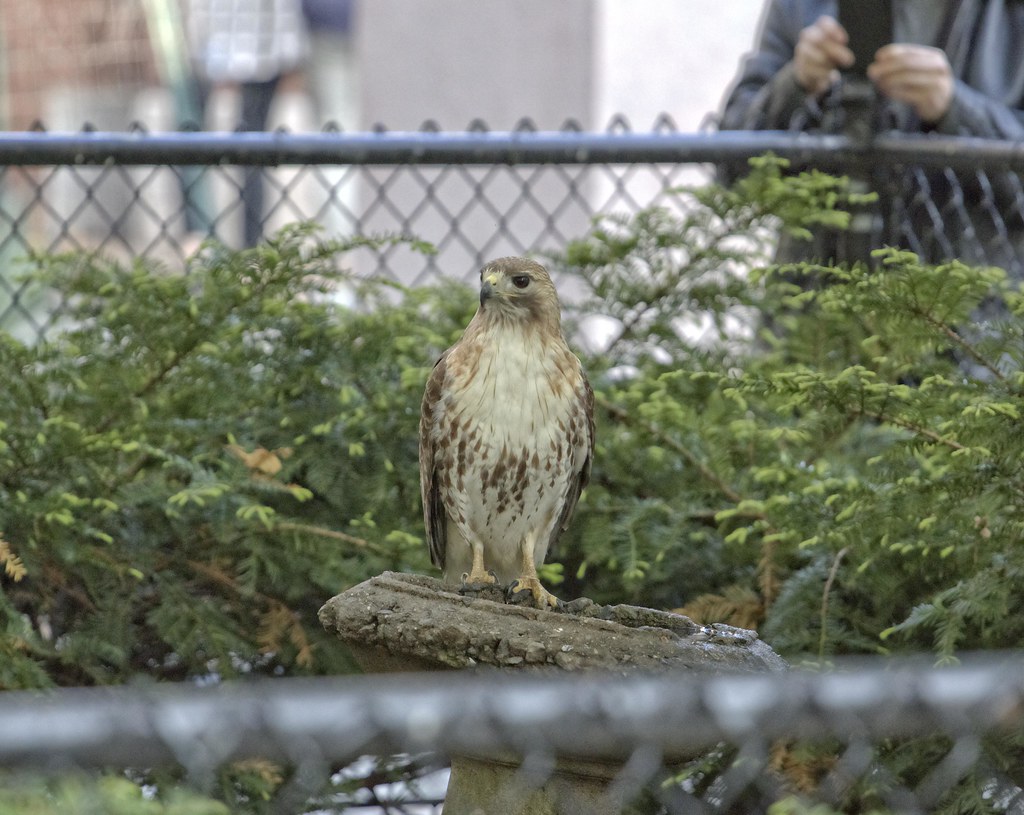 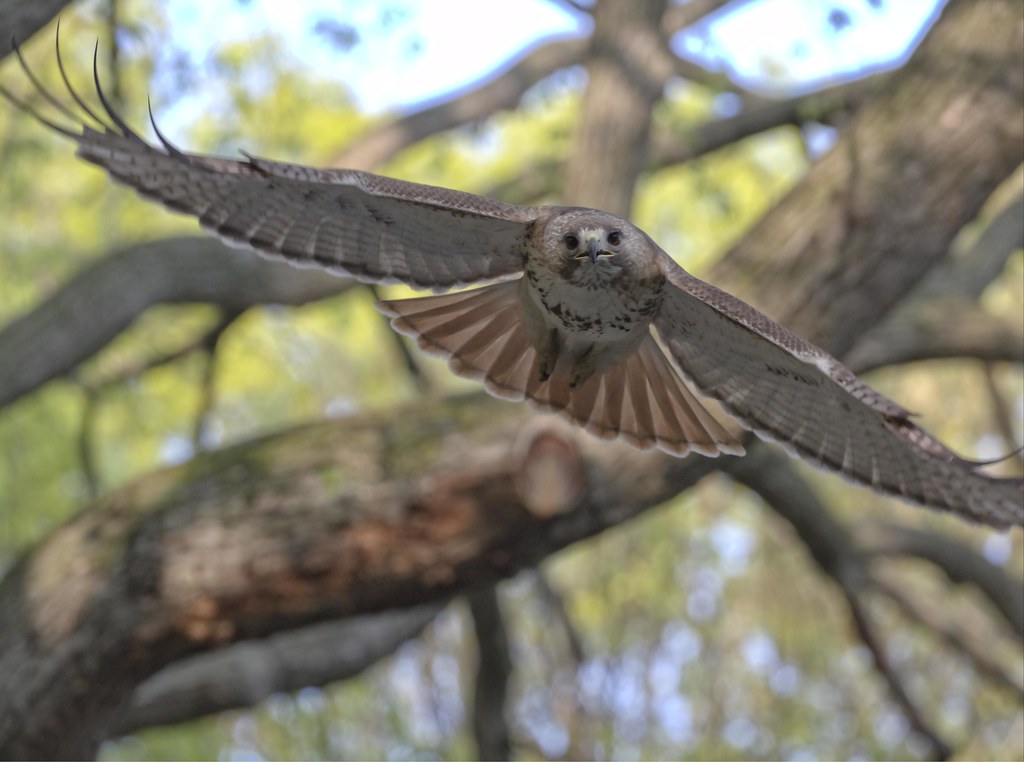 He reminds me that he's a top predator.

I arrived in the park late in the day, around 5pm.  In a span of less than 30 minutes, Christo caught two sparrows and three rats.  Not wasting any time, he took each catch straight back to the nest where Dora fed the kids.

Below, Christo leaps up to the fence with a sparrow he caught somewhere in the trees. 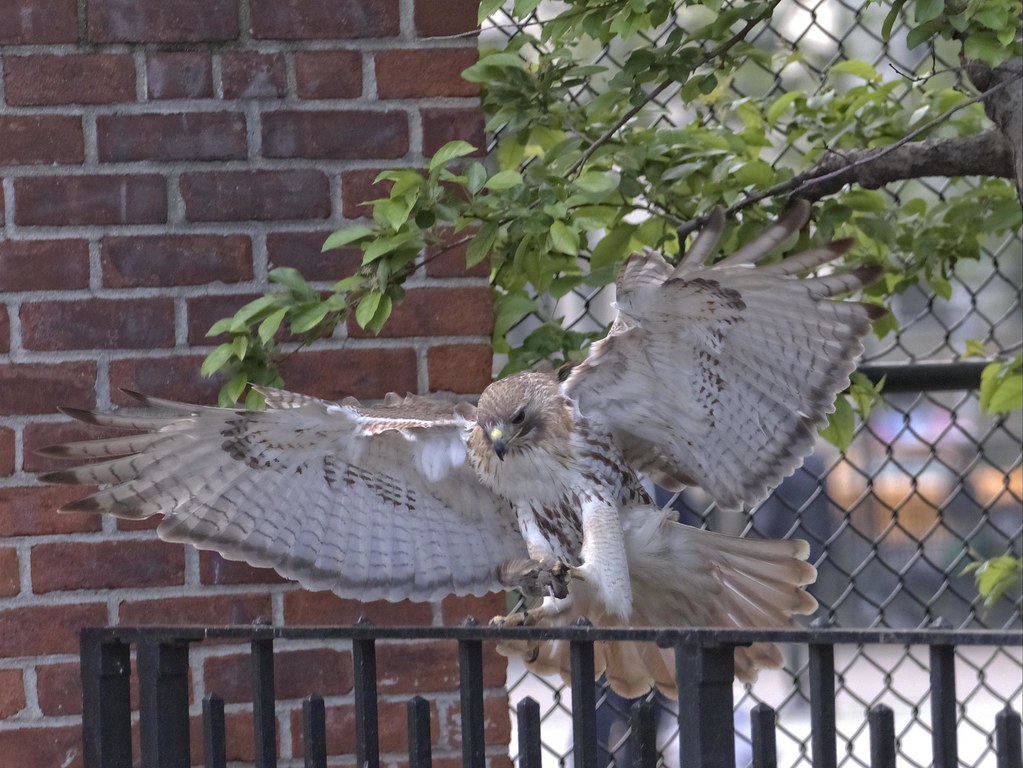 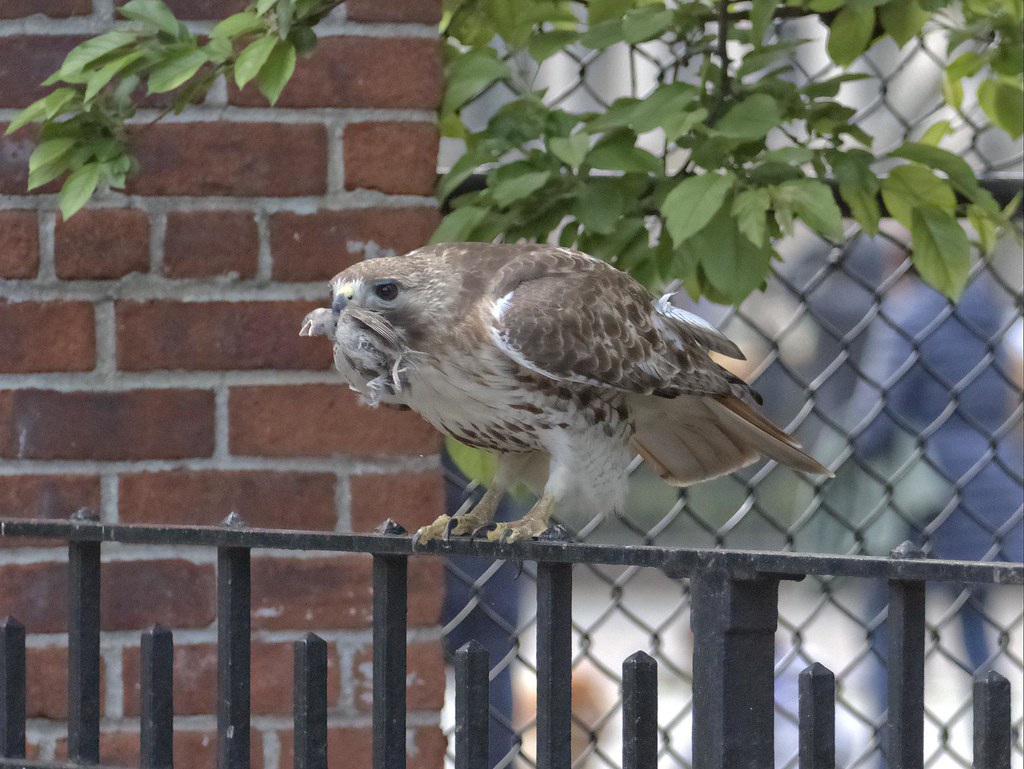 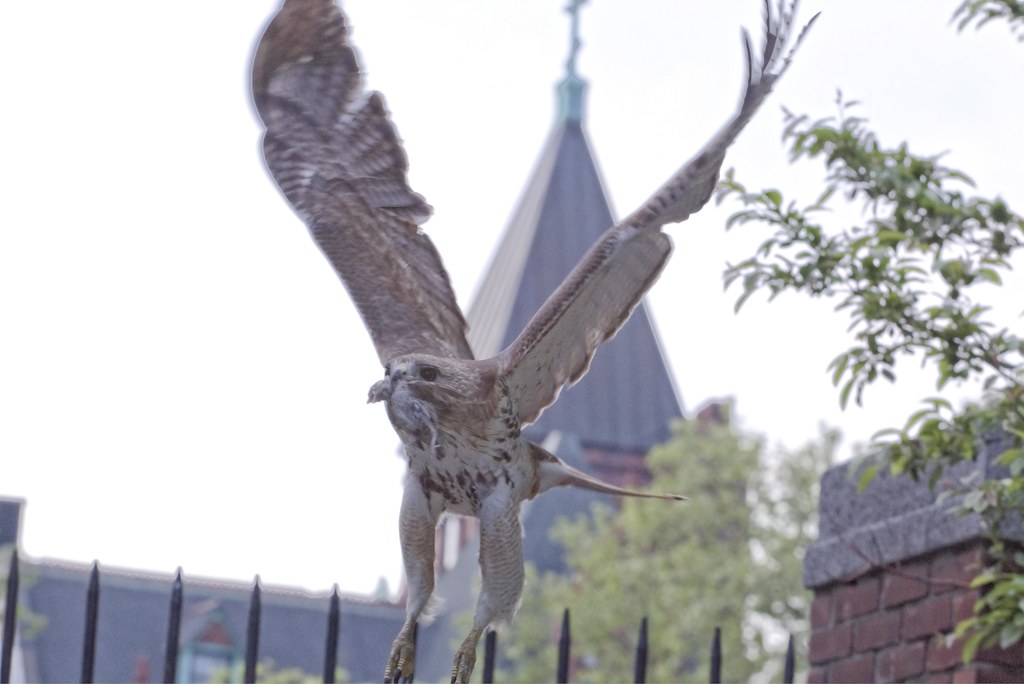 I didn't even have time to chase after him.  As I was halfway to the nest, he came right back to the hunting grounds behind the park offices. 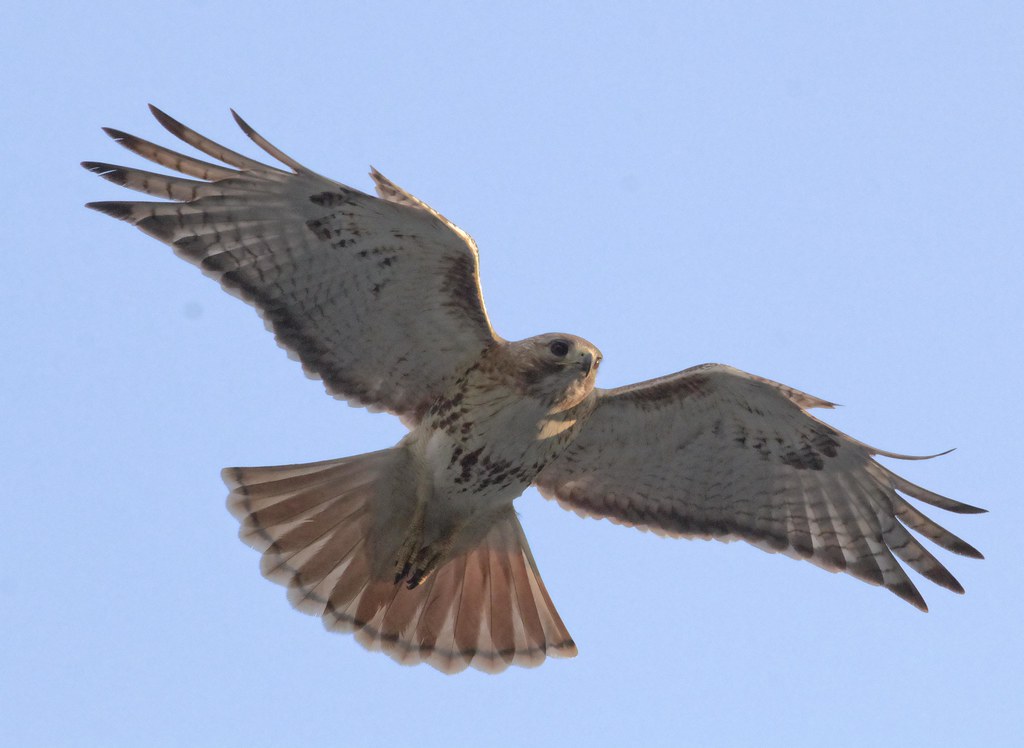 Here he is with a rat. 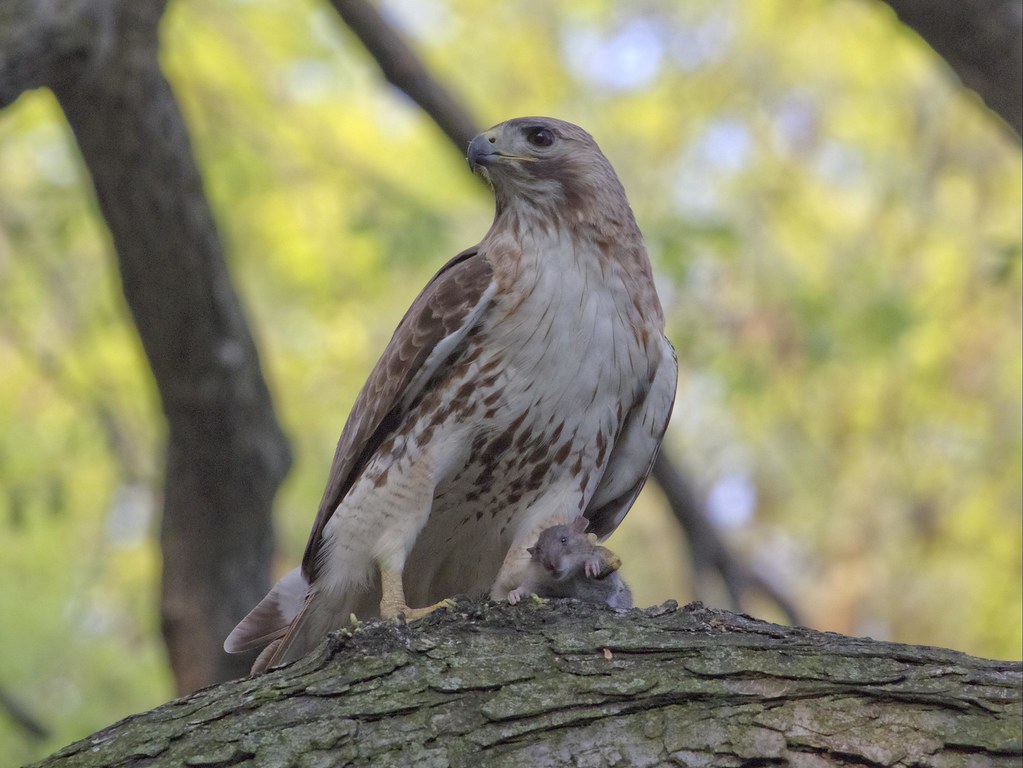 Pausing to rest for less than a minute, it was back to the nest. 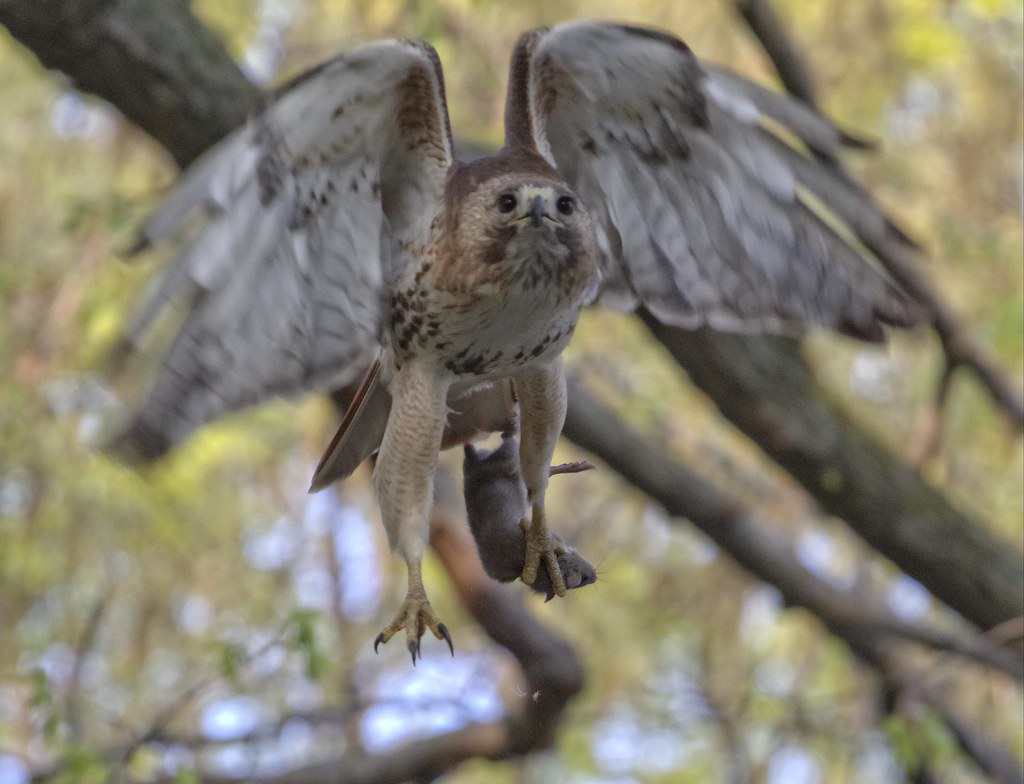 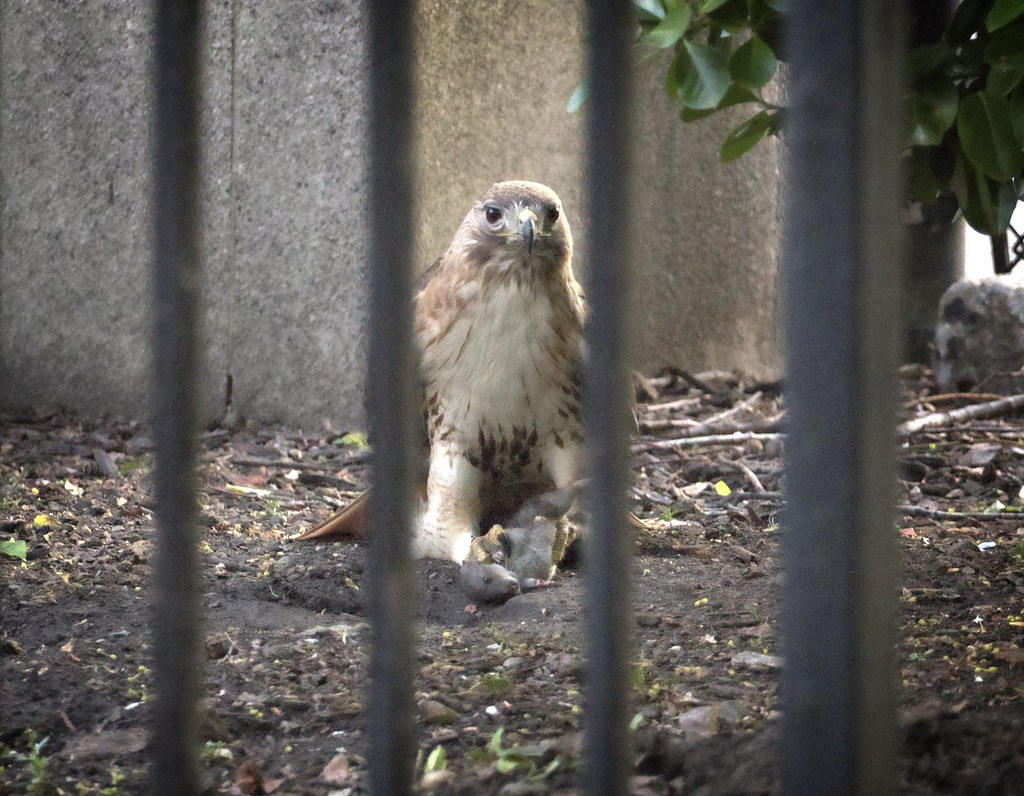 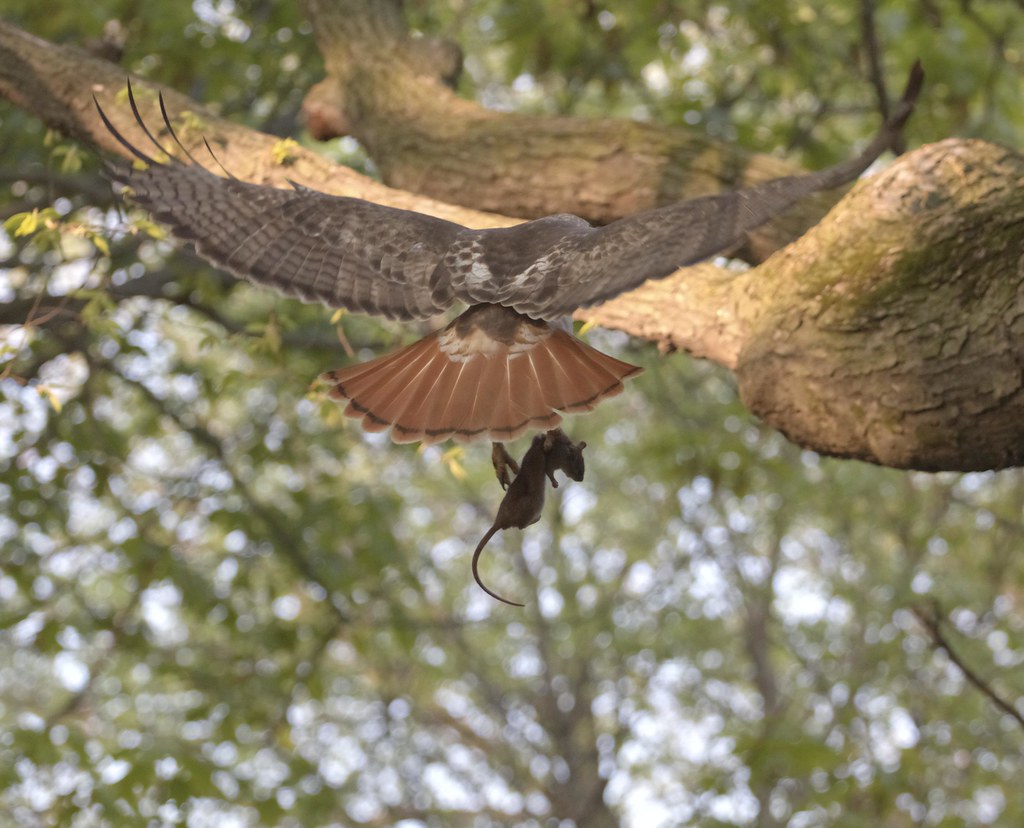 You can just barely see a third rat on the branch in front of him. 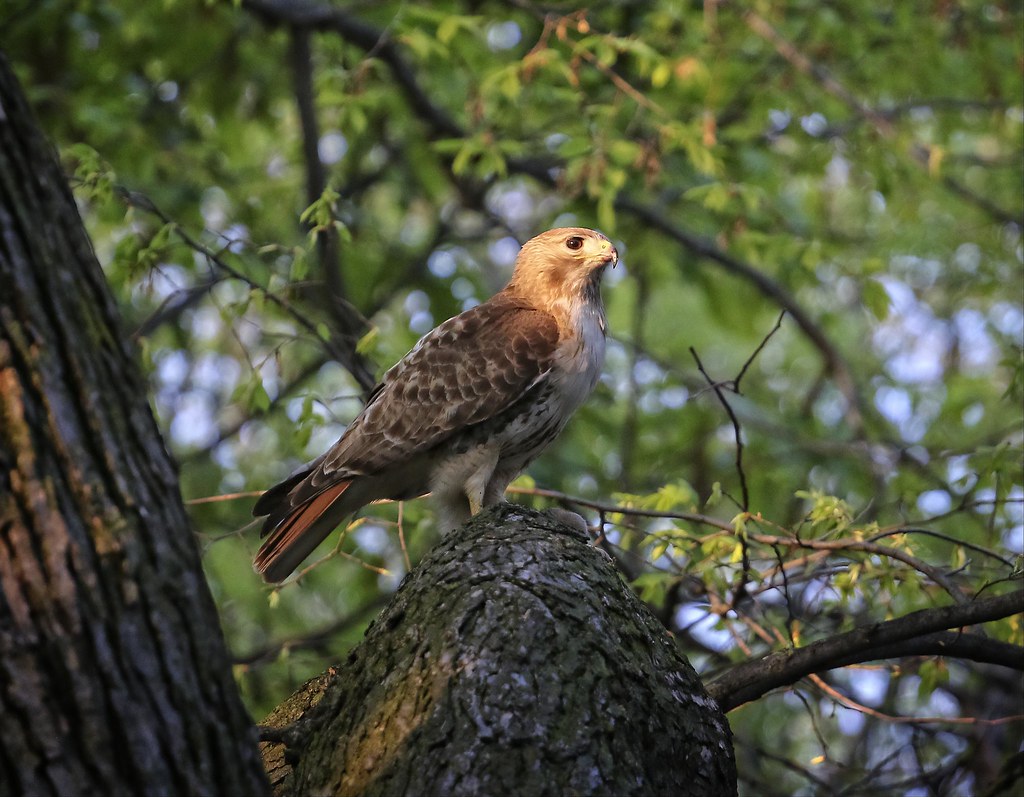 Christo was actually still hunting when I left him, but it was getting late and I had to go. I've never seen him hunt in quick succession like that, and he was successful with every attempt.  He's really an amazing creature. 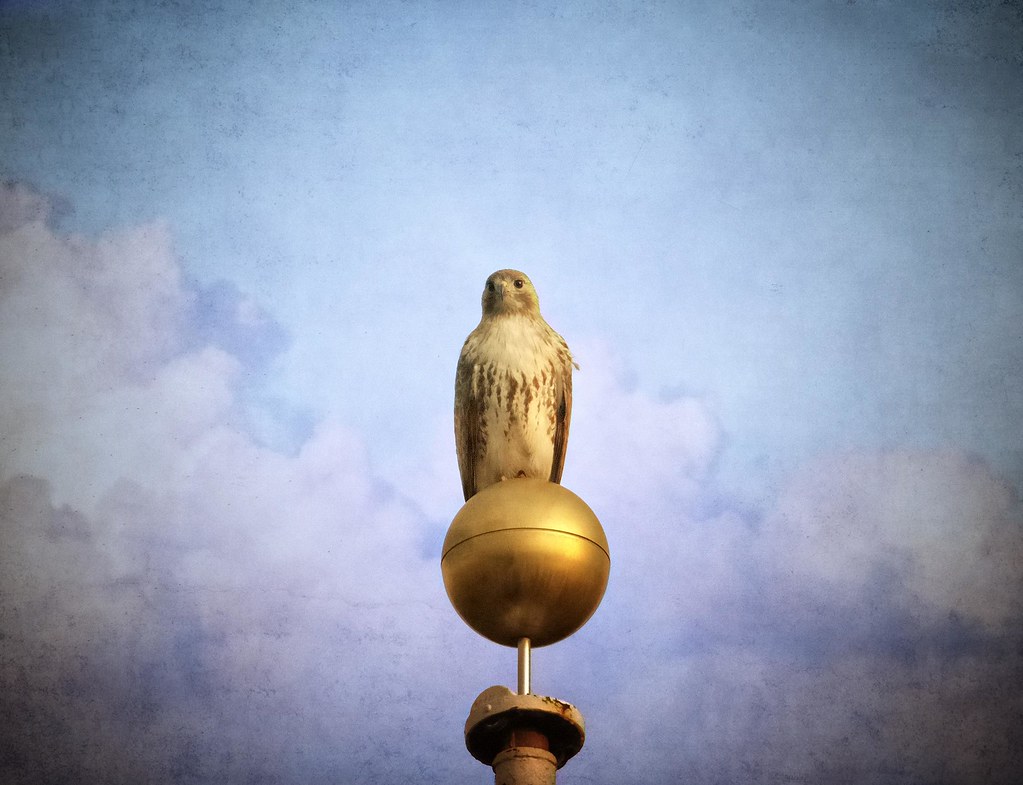 You might be wondering why there aren't any photos of Dora.  She is the master of hiding from my lens!  I do see her, but she just doesn't reveal herself as much as Christo.  She's definitely present, working hard to take care of their three hawklets.