All calm at the Tompkins hawk nest

The last few days have been pretty calm at the hawk nest in Tompkins Square.  It's still too soon to get a clear view of the nestling(s) inside, but parents Christo and Dora have been visibly attentive.

On Saturday, Dora brought some fresh leaves to the nest. 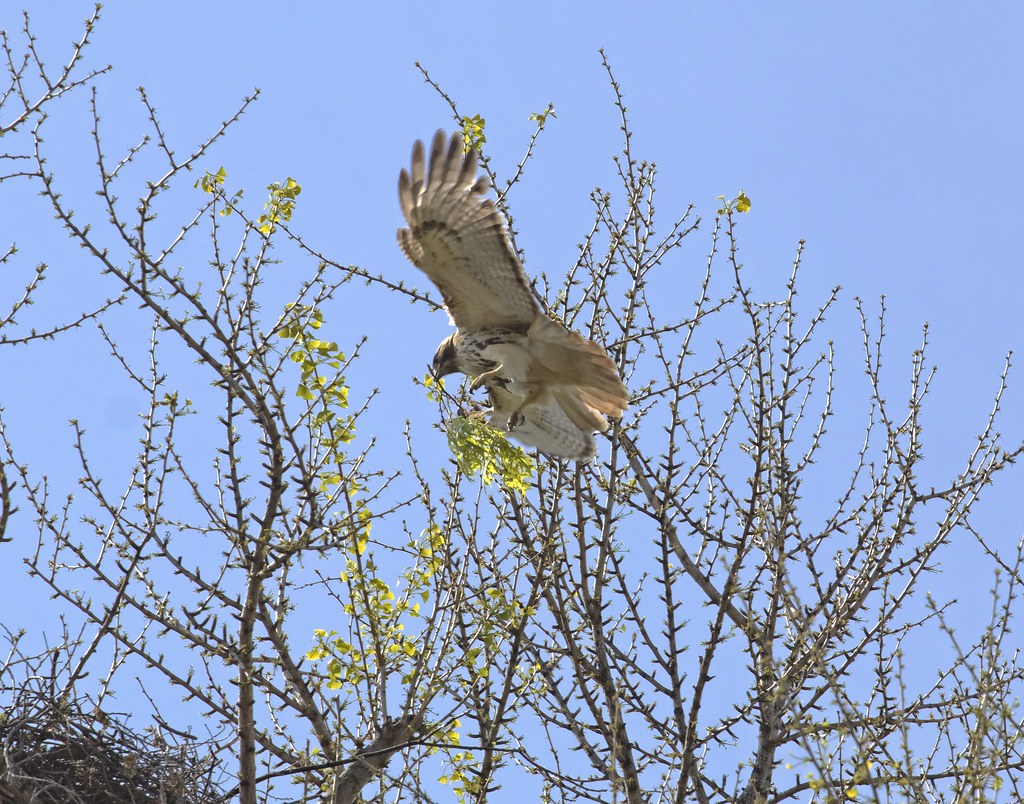 You can also see the ginkgo tree, in which the nest resides, is starting to sprout new leaves. 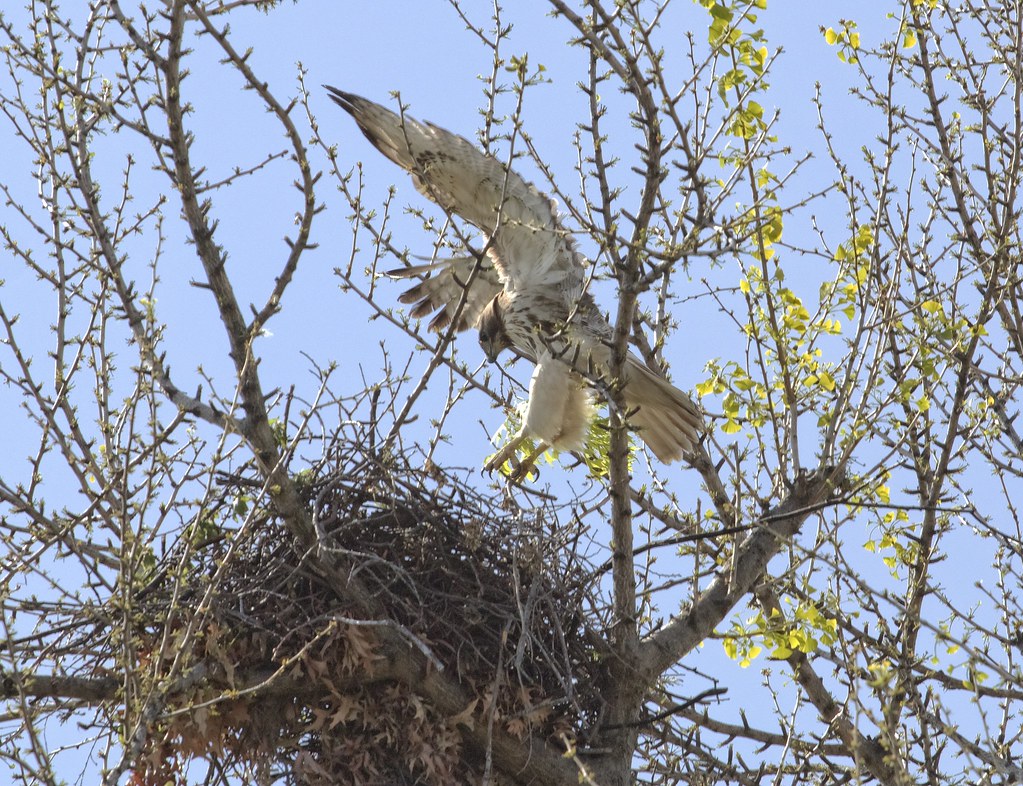 A short while later, Christo arrived carrying a starling. 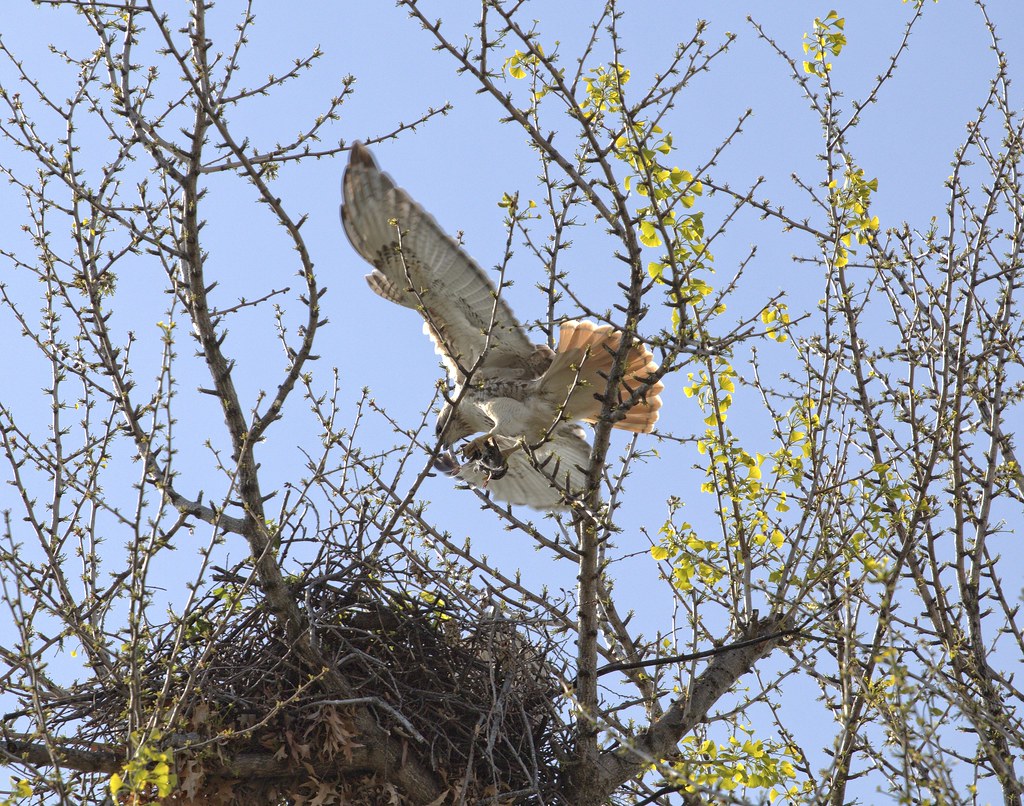 Since the egg(s) hatched, I've seen him deliver several starlings.  This is new behavior and I have to wonder if the smaller prey is easier to feed to the babies. 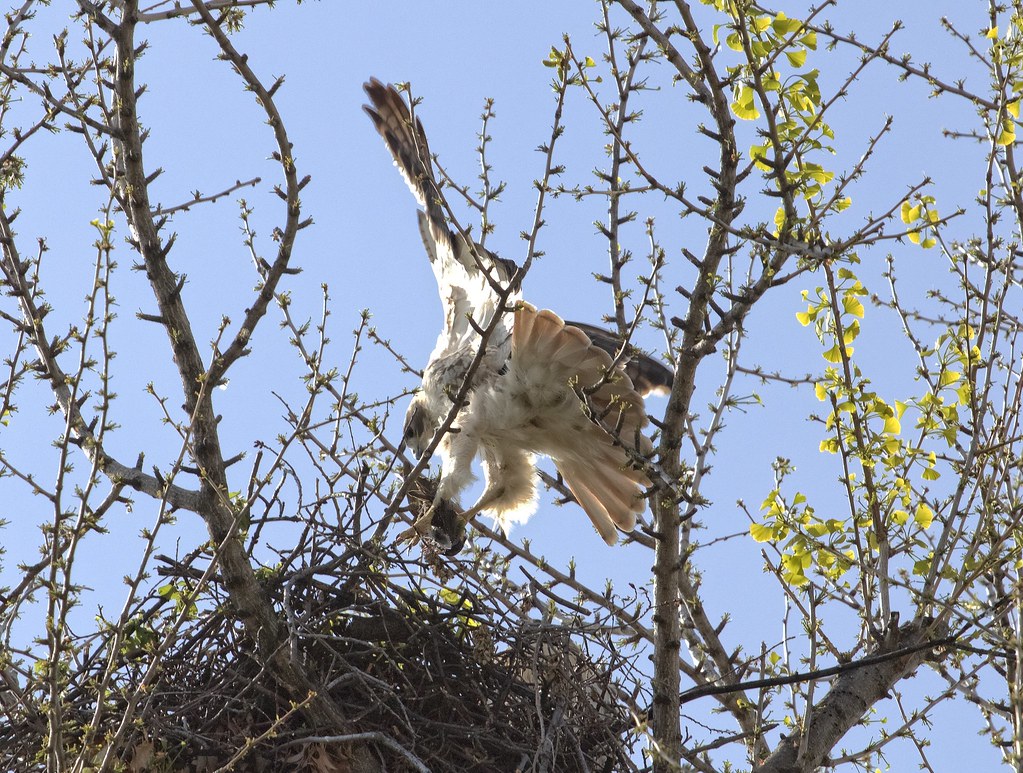 I'm still traumatized after seeing the Chinatown hawk die of rat poisoning just a month ago, so I do feel a bit relieved when ever I see a non-rat brought to the nest.  That said, Christo and Dora are feeding their young rats, as well as eating the rodents themselves.

Below, Christo performs a feeding as Dora keeps watch. 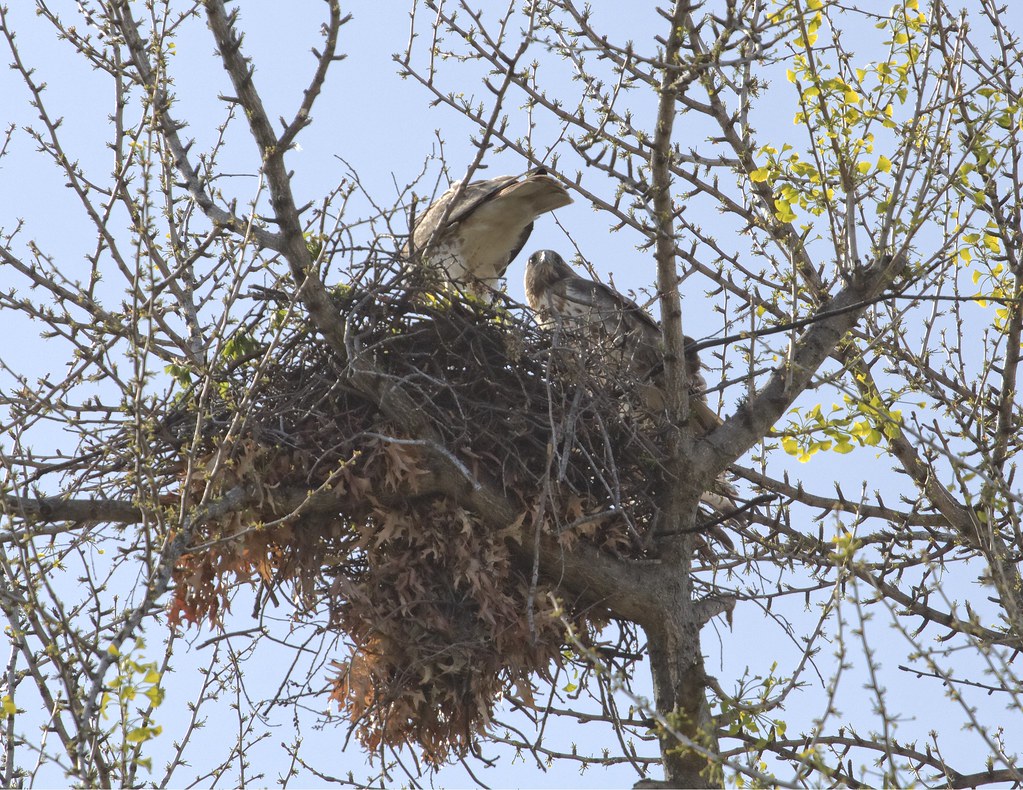 Dora took a short break to preen and catch some sun in the honey locust to the north of the nest.  This is a good tree to see the hawks as it's visible from the walkway and benches along the Avenue B side of the park. 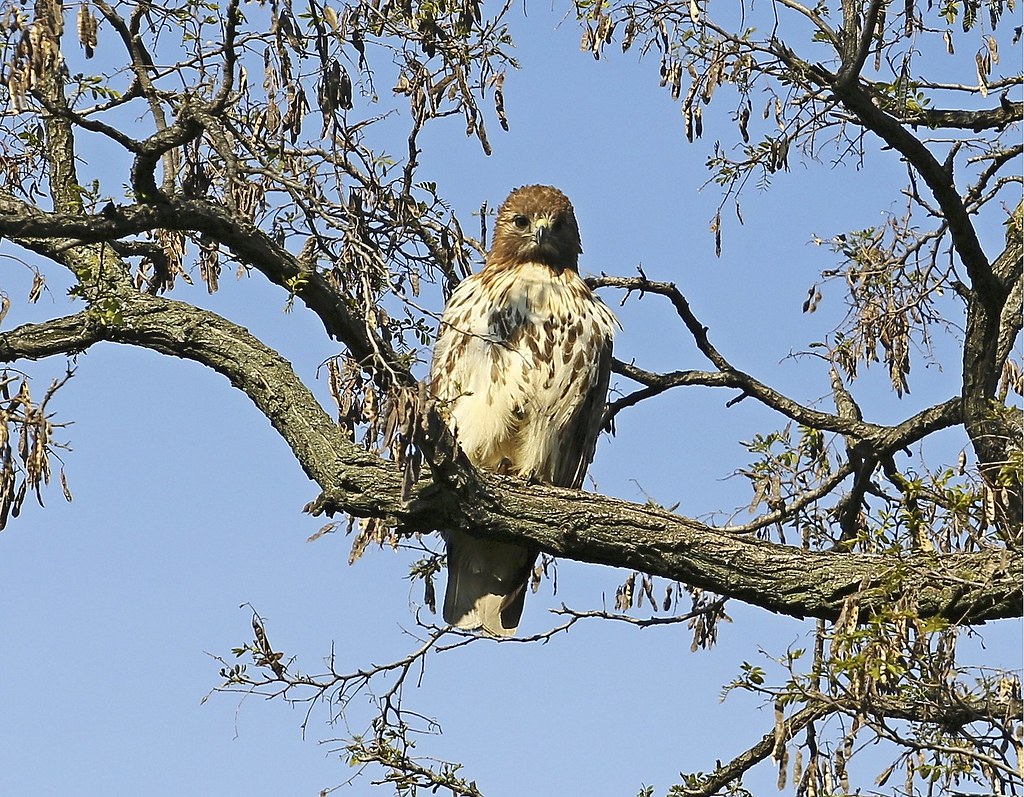 Dora flies back to towards the nest. 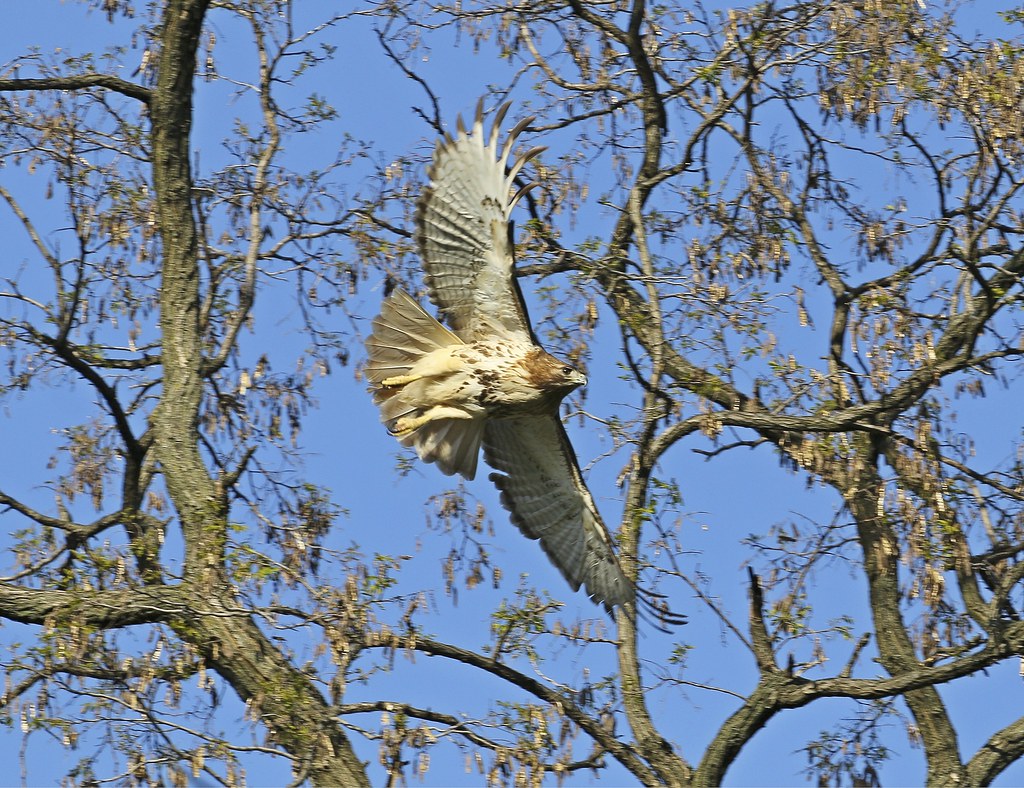 Christo takes off from the locust tree. 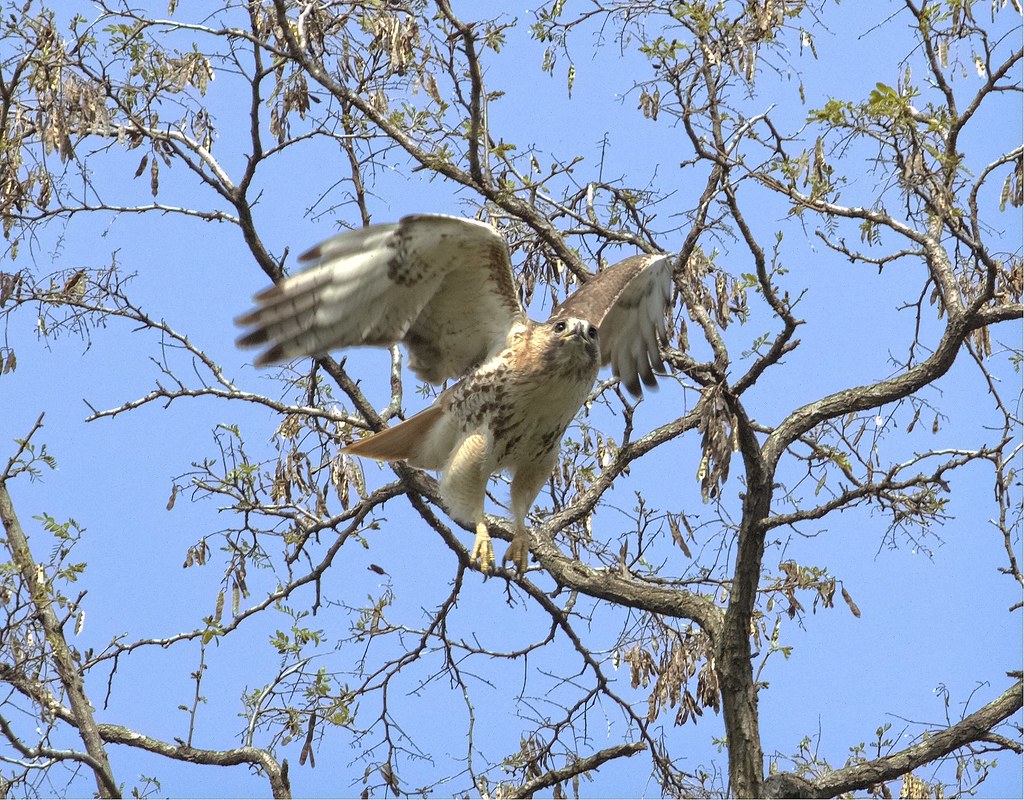 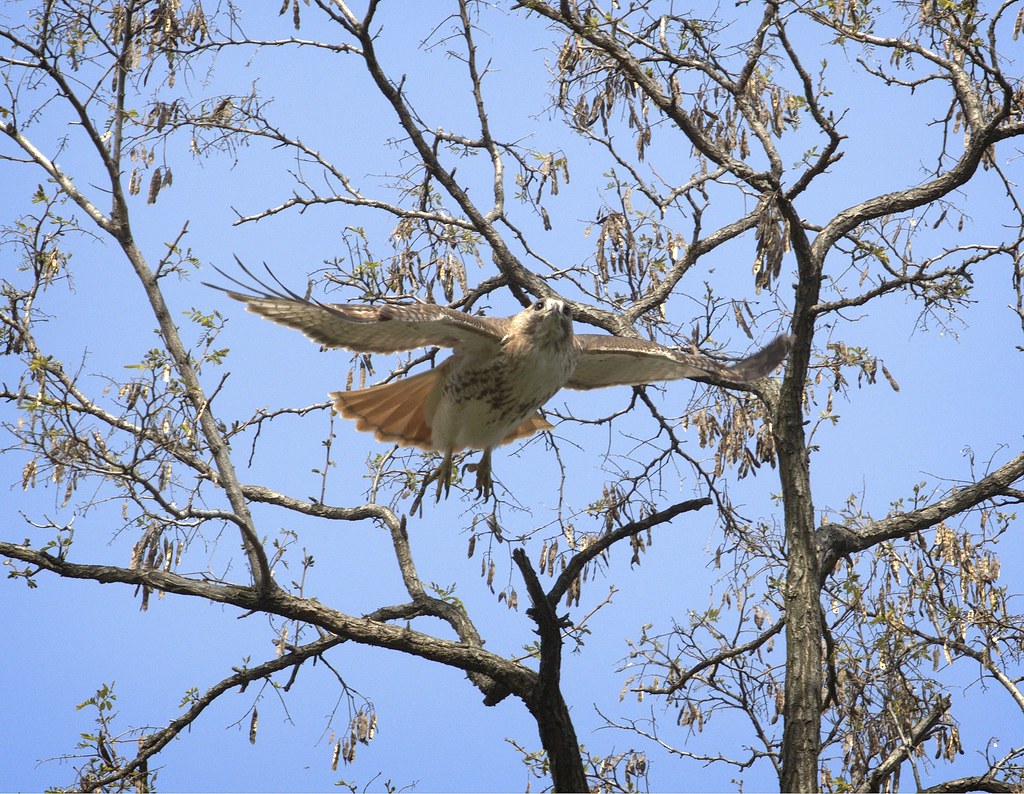 Sunday was rainy and gloomy, but Christo rewarded the few park visitors by posing low on a light pole near the 7th Street entrance. 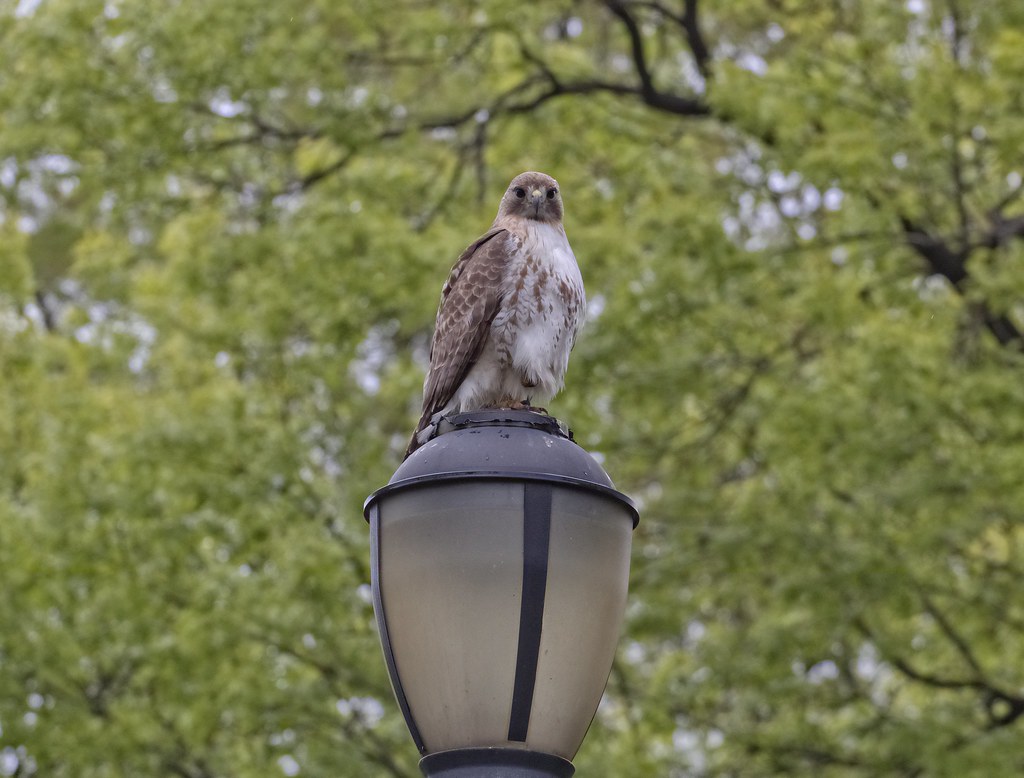 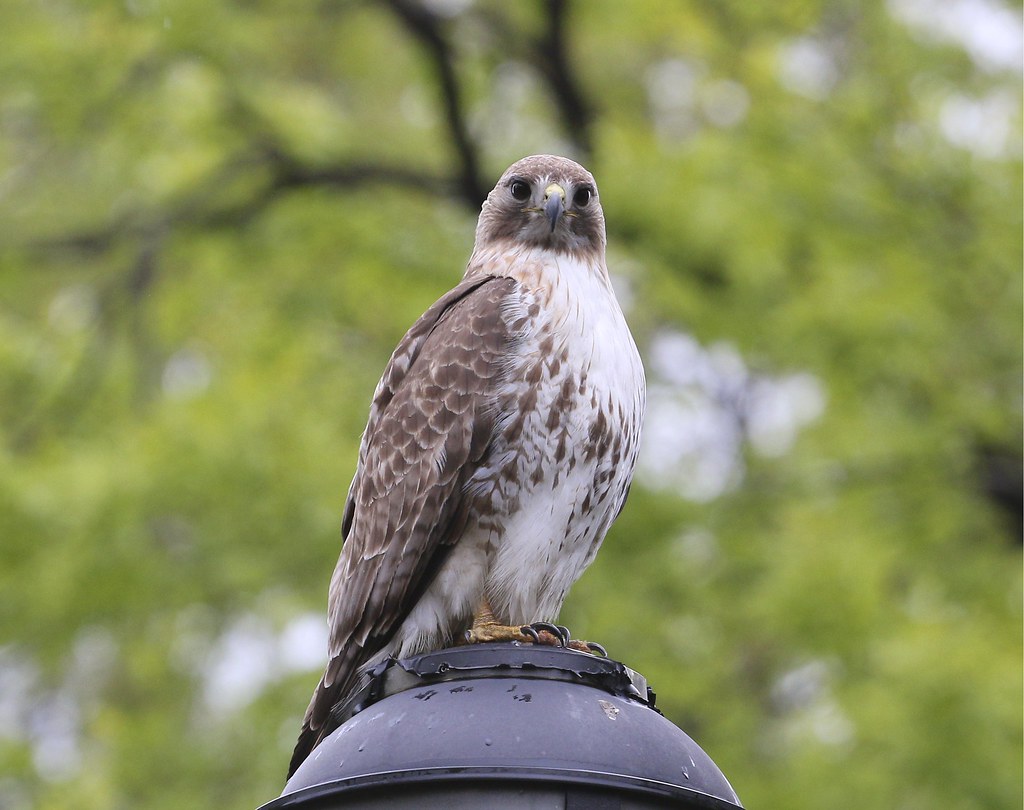 There were a lot of little birds around and he seemed to be very interested in them, but he took off after a few minutes... 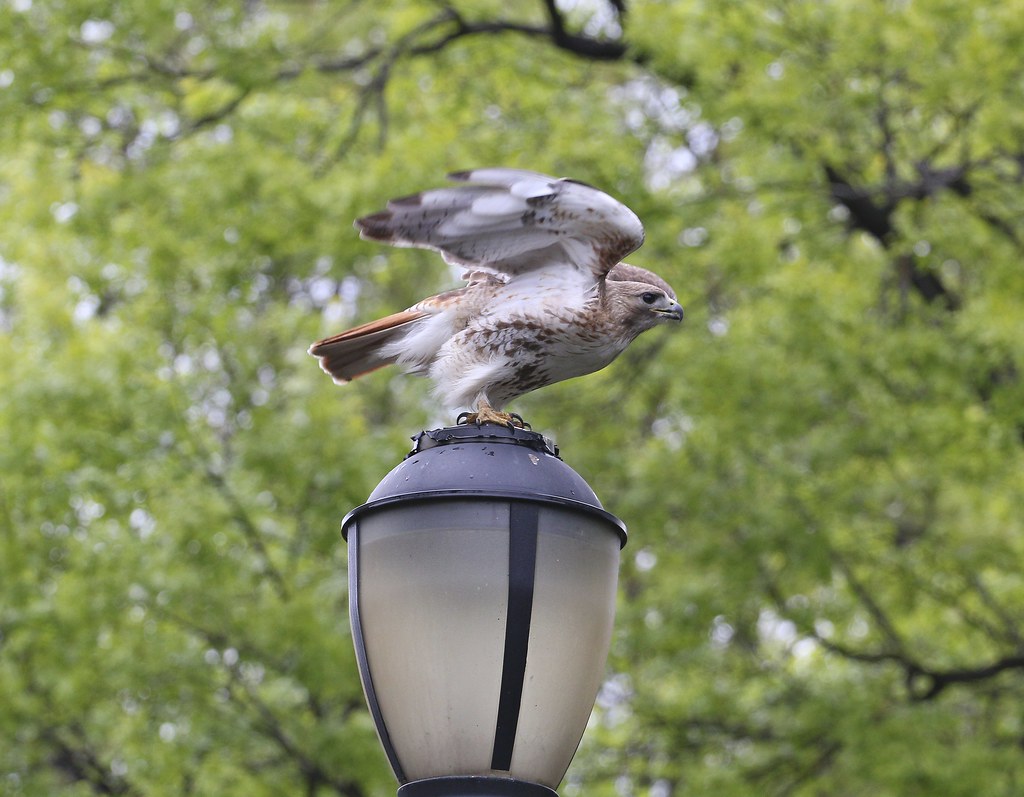 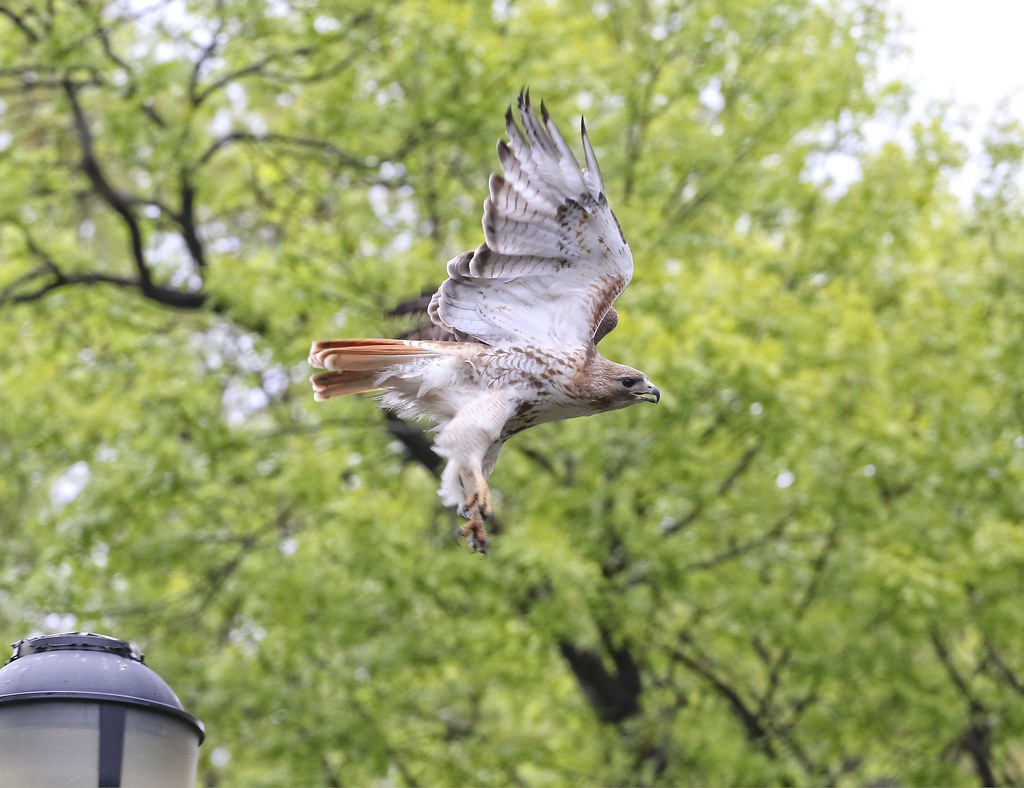 ...and opted to perch in the locust tree where he was promptly harassed by a blue jay.  The jays have been really aggressive with him lately. 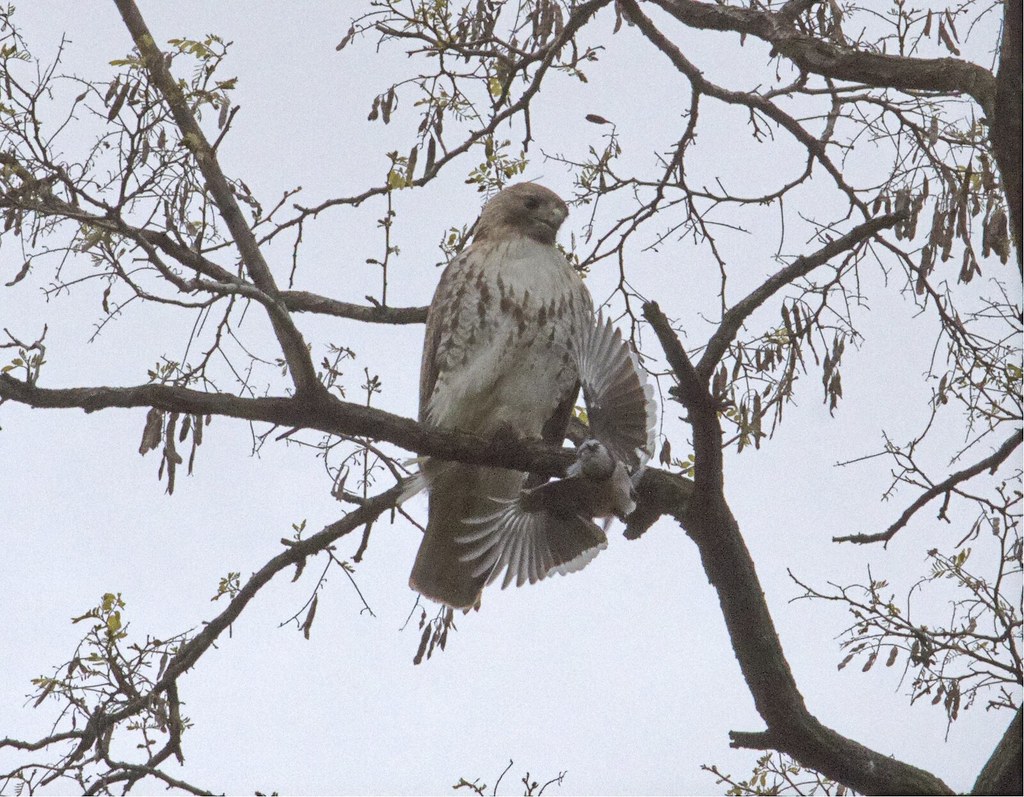 But at the end of each day, Christo maintains his status as king of the East Village sky. 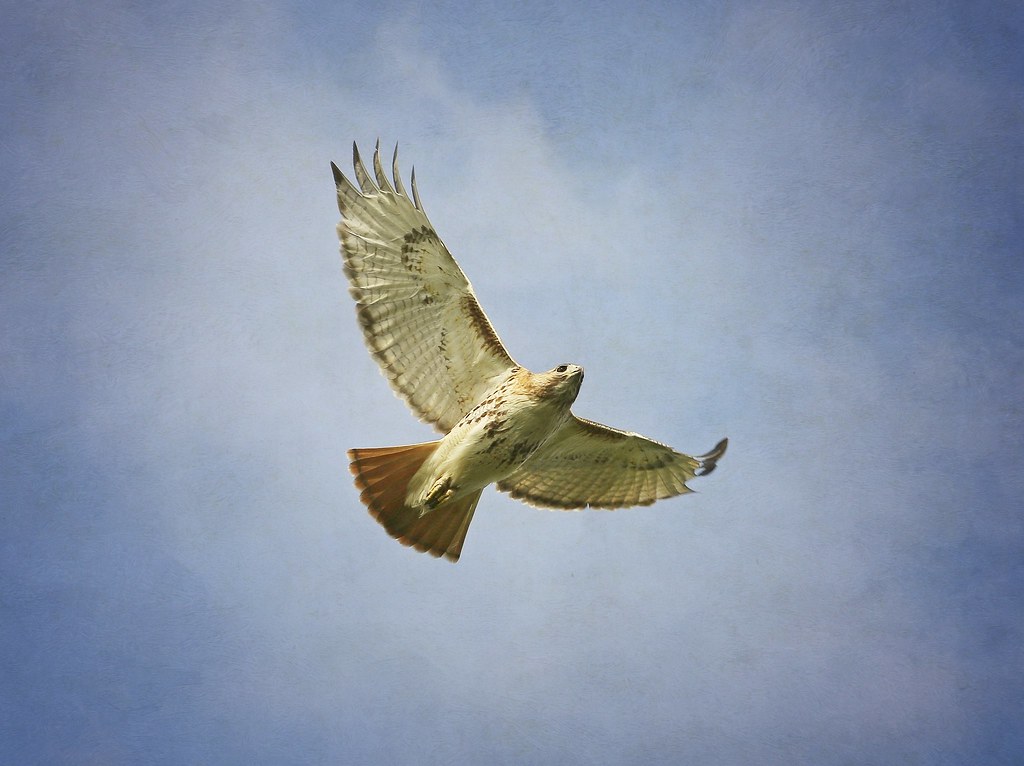