This evening, I was finally able to see all three Tompkins Square hawk fledglings together in one place outside the nest.  I was beginning to get nervous as I was previously only able to see two at a time, and Christo and Dora's kids have been known to get into trouble in the past.  But, so far this season, the kids are well behaved and are sticking to the east side of the park.

The fledglings are discovering the other residents of the park, like these two blue jays, who weren't so welcoming. 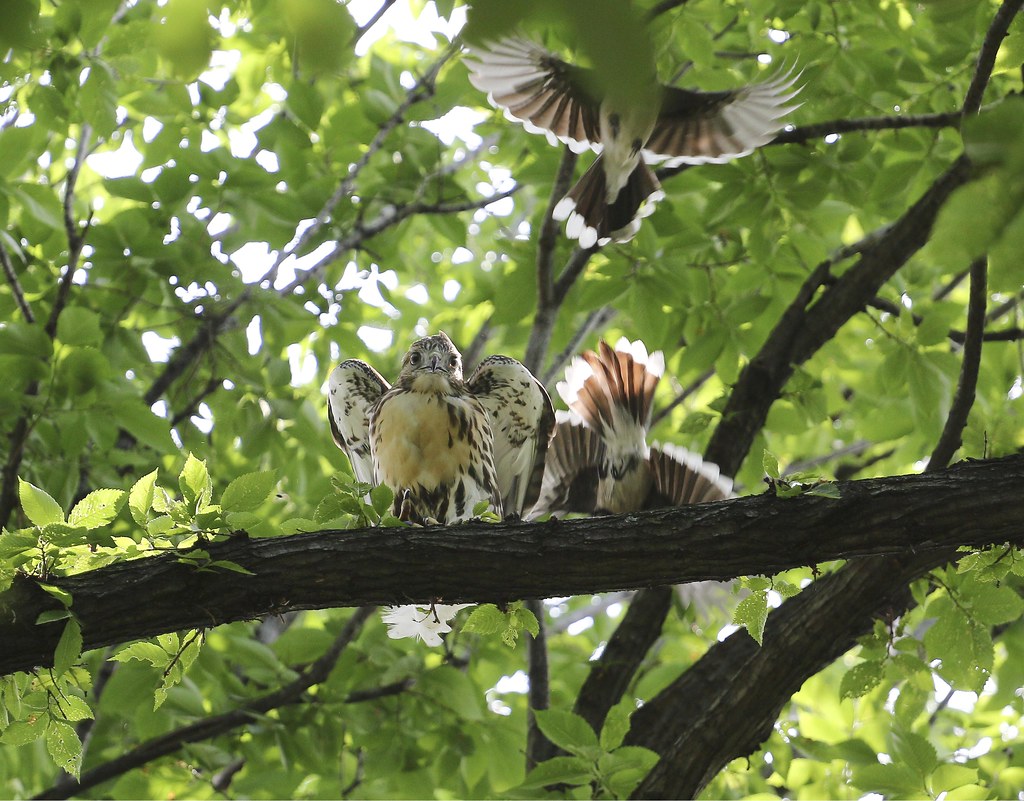 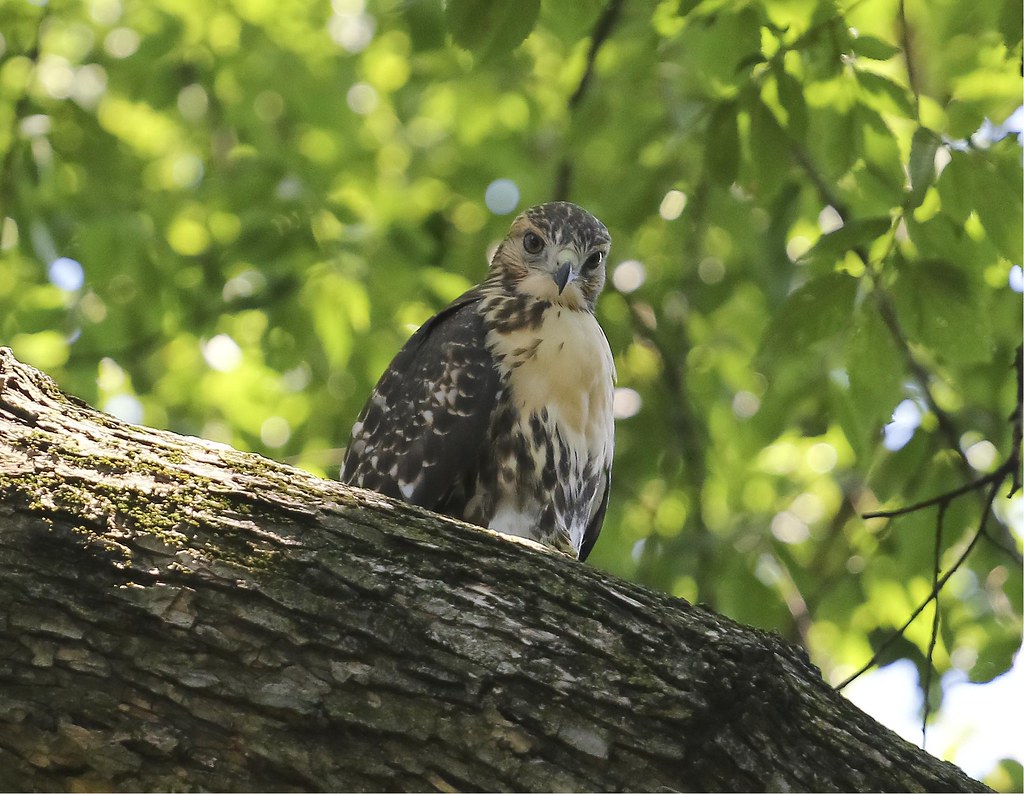 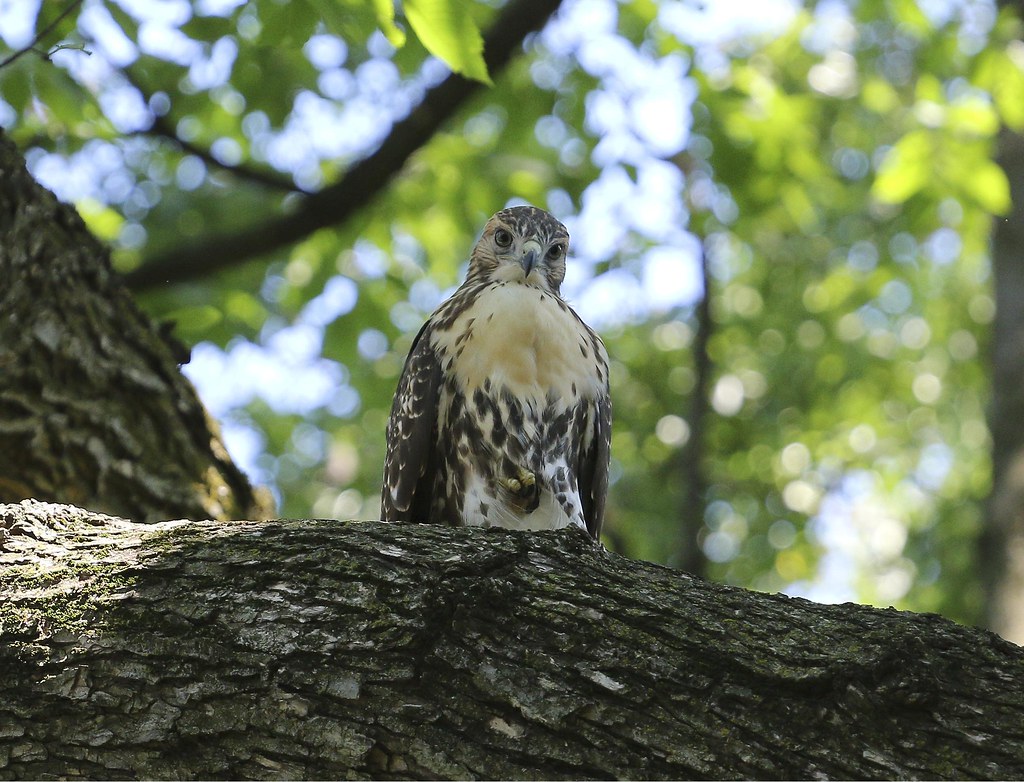 One of the fledglings waits in the Feeding Tree as Christo arrives with a small rat. 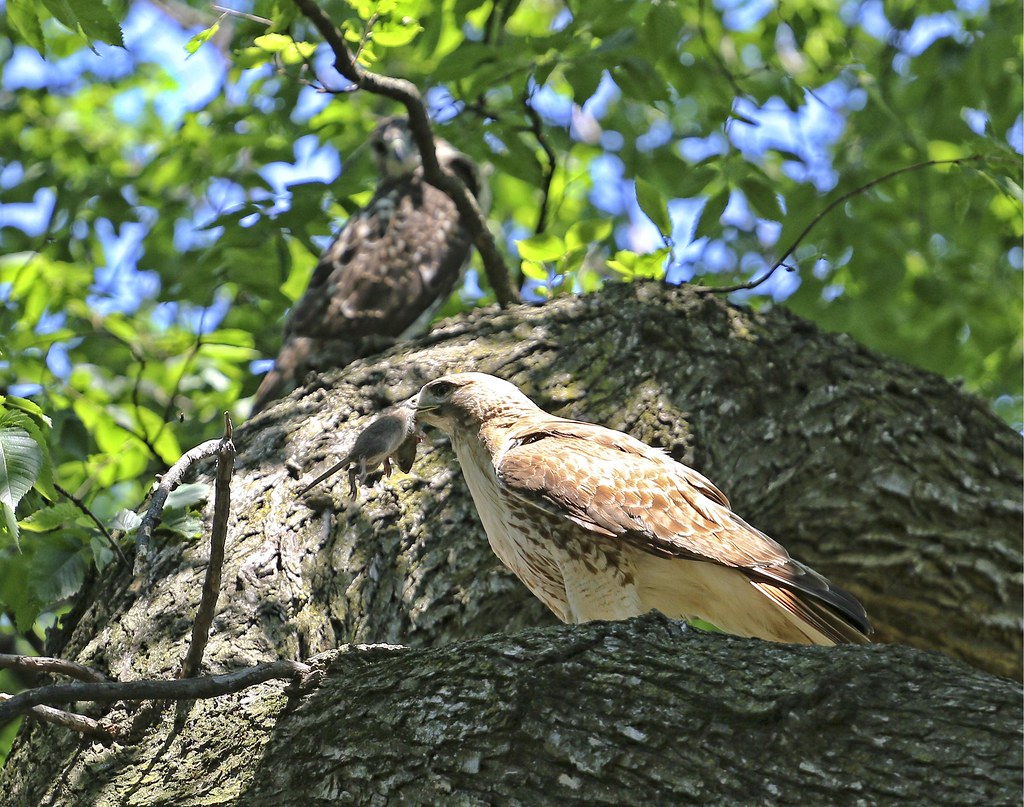 You can see some differences between the kid and its dad below.  Christo (right) has a very light colored head and brown eyes, while the fledgling has darker brown coloring and yellowish eyes.  You can't tell from this angle, but they are approximately the same size. 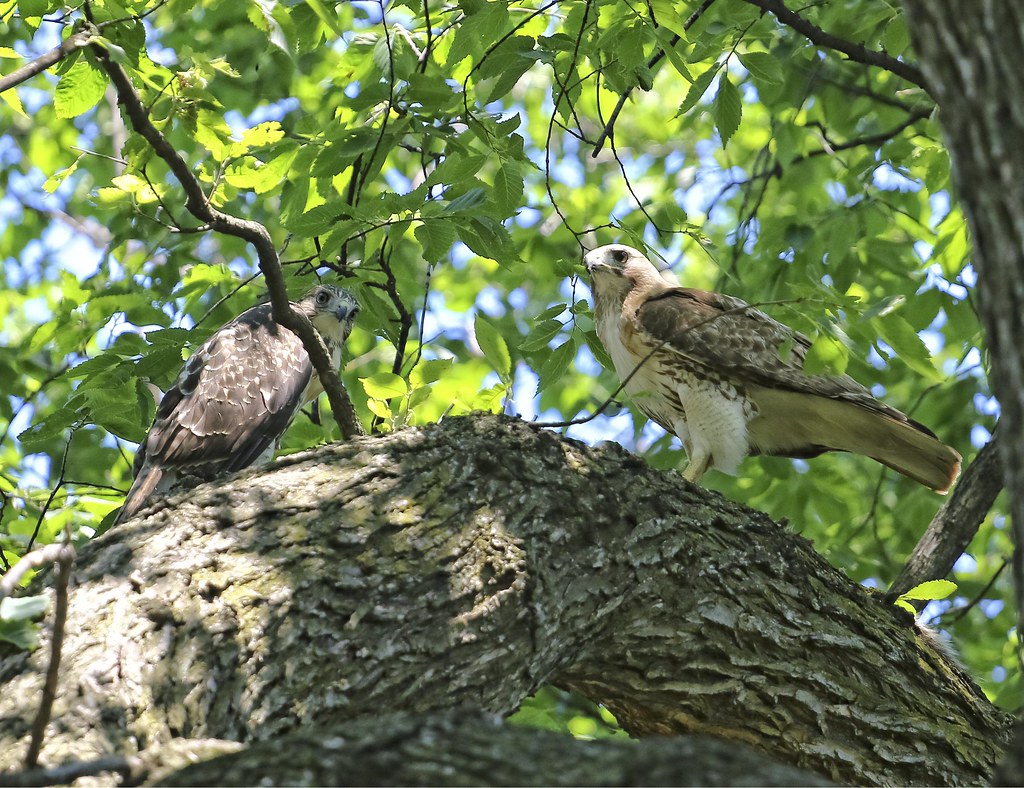 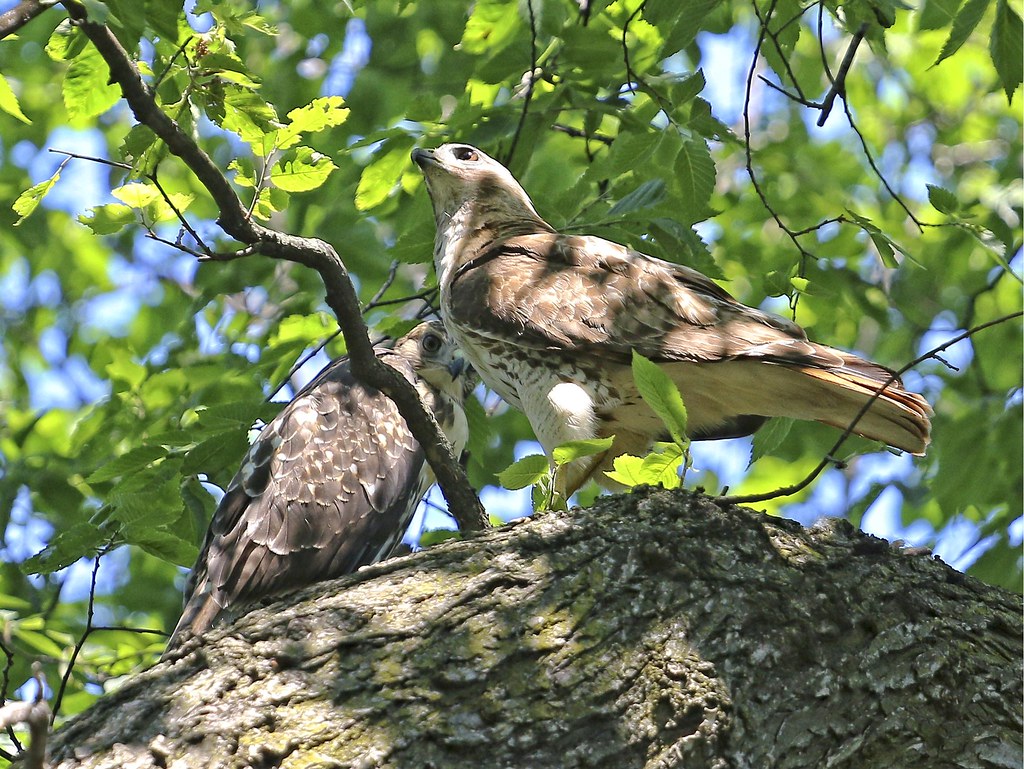 This kid didn't seem interested in the rat, but a second fledgling (far right) showed up to snatch it away. 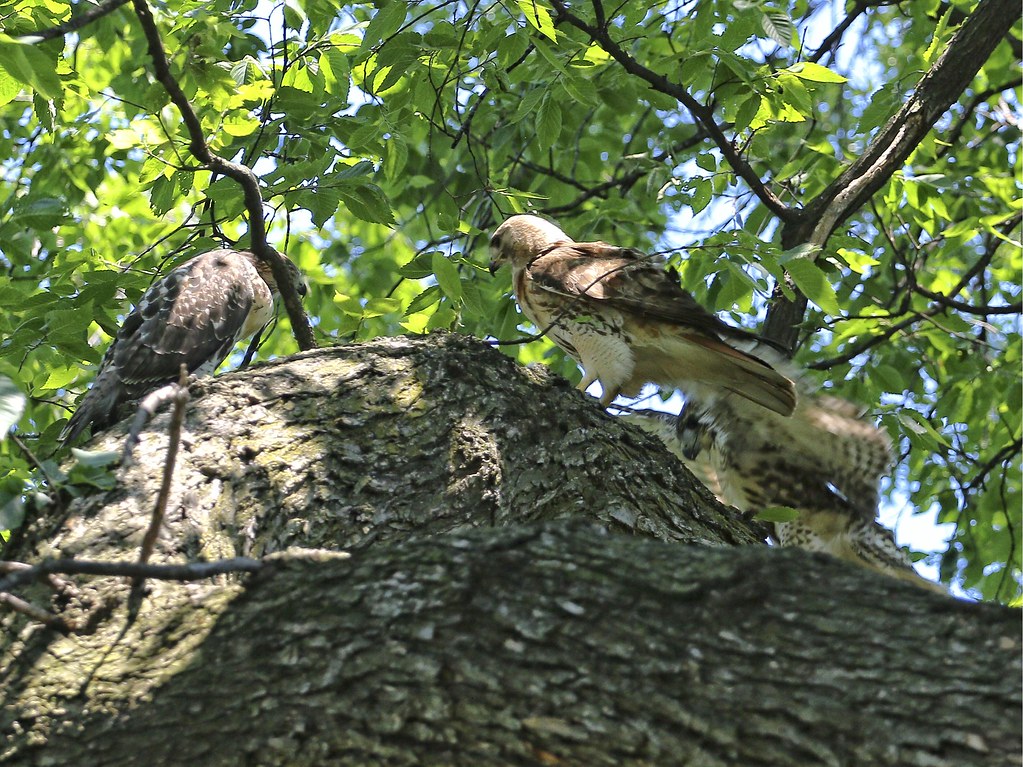 Later, a little flight across the lawn... 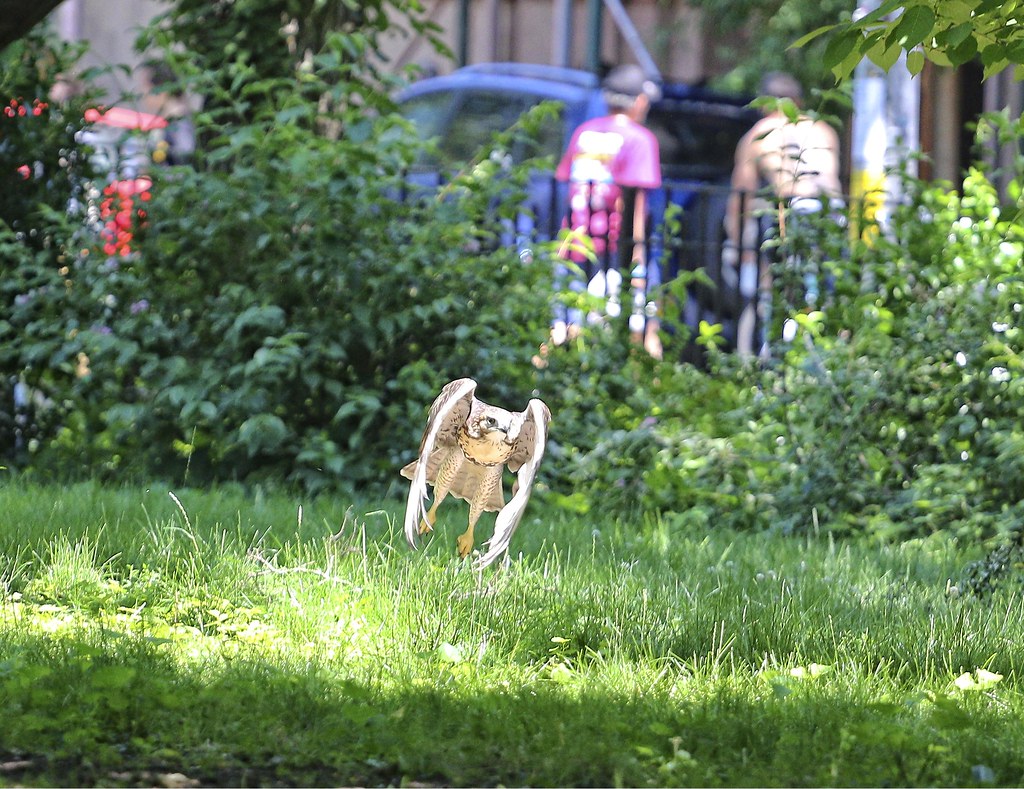 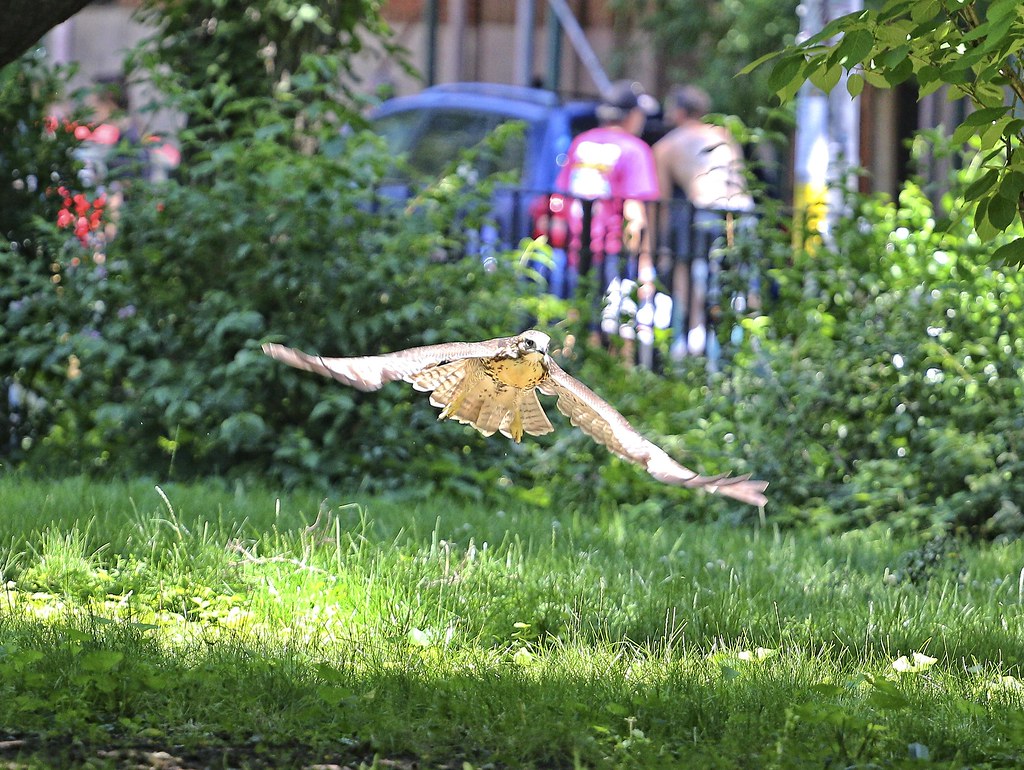 The markings on this one are clearly visible here.  This fledgling has lost most of the peachy coloring on its chest, and its legs are heavily spotted. 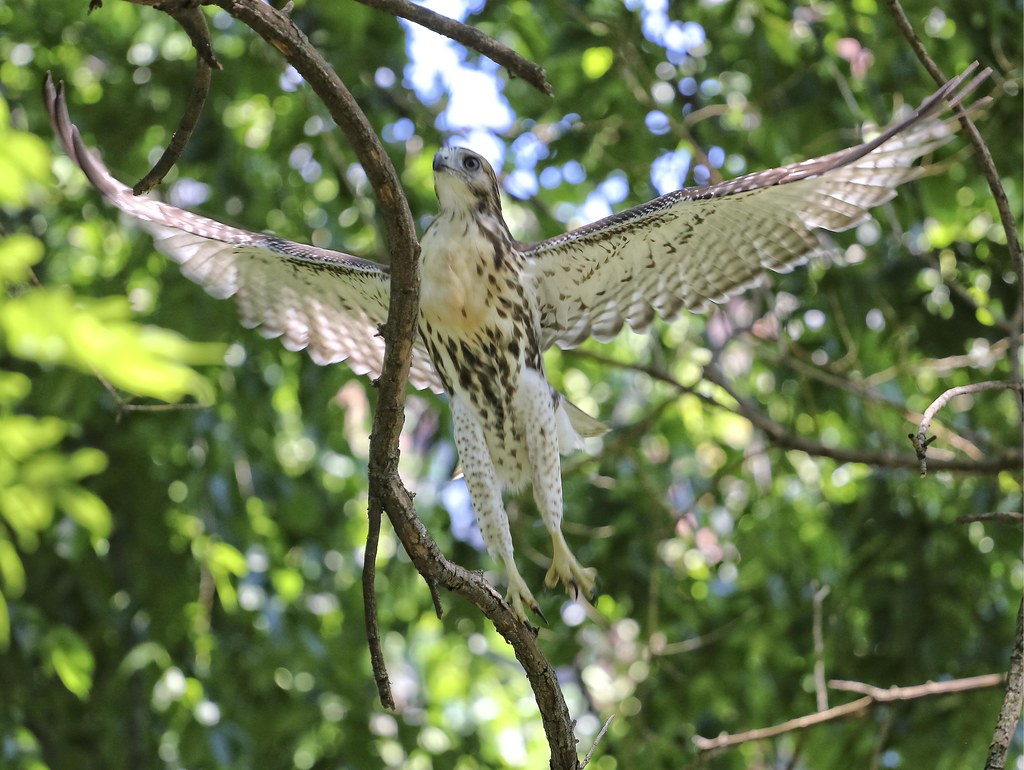 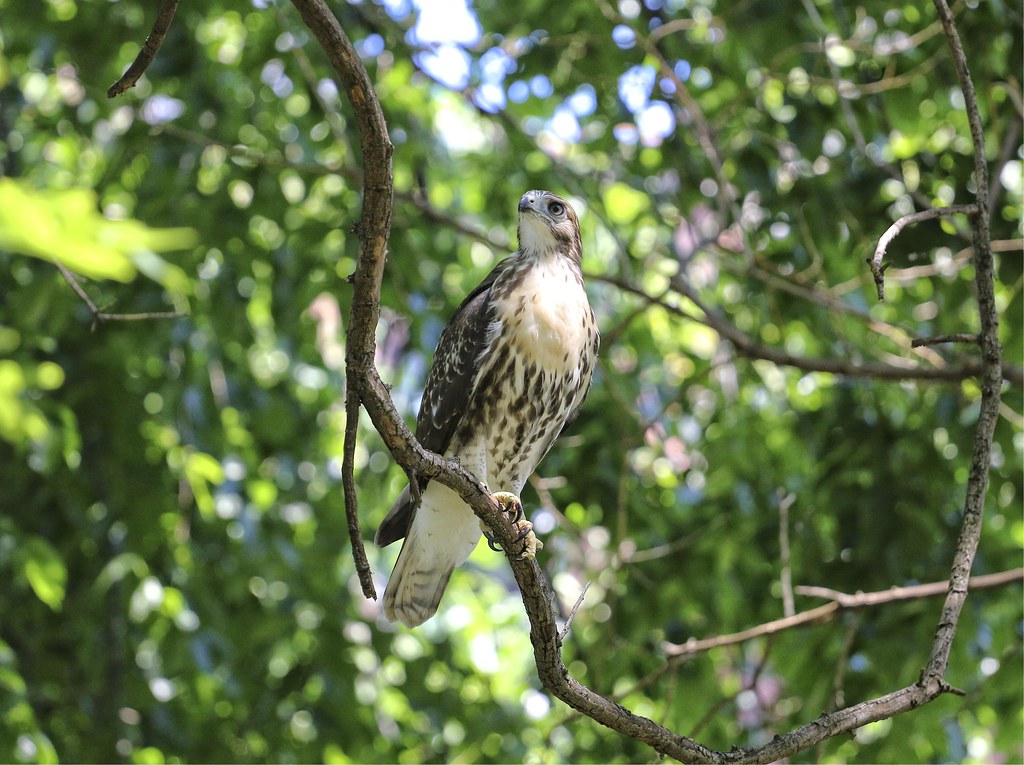 The kids are not yet able to hunt and catch food themselves, but this one has mastered the stern predator stare. 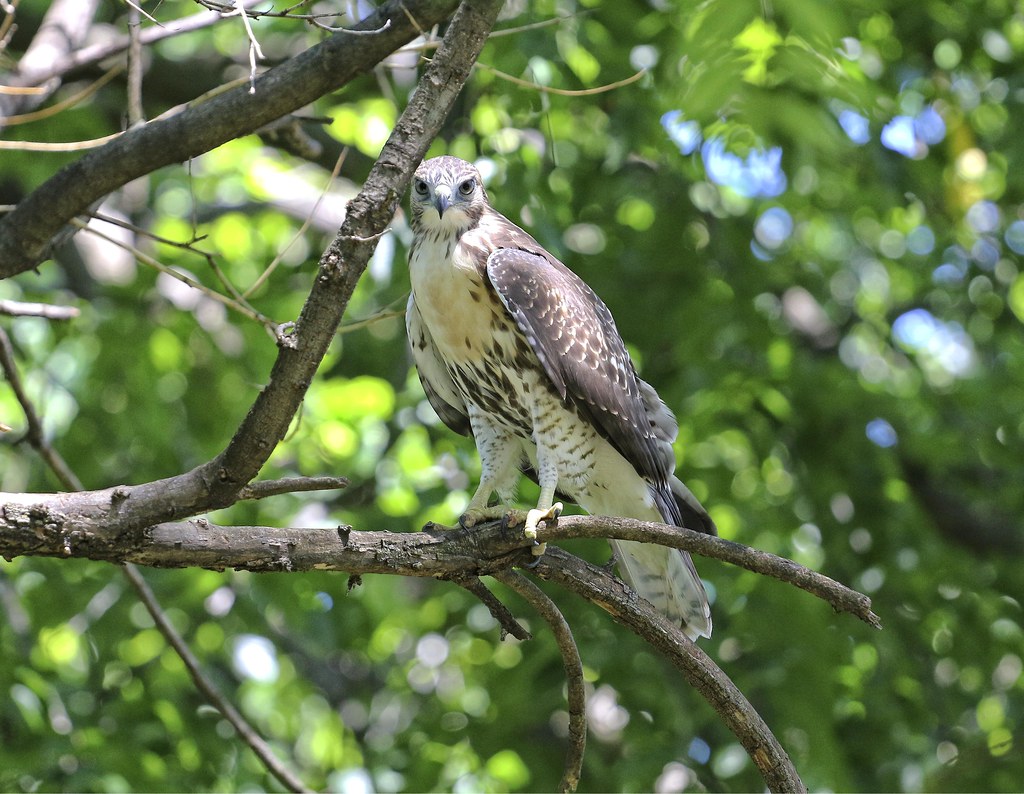