Between rain storms today, I caught one of the Tompkins Square hawk babies branching in the tree over the nest. 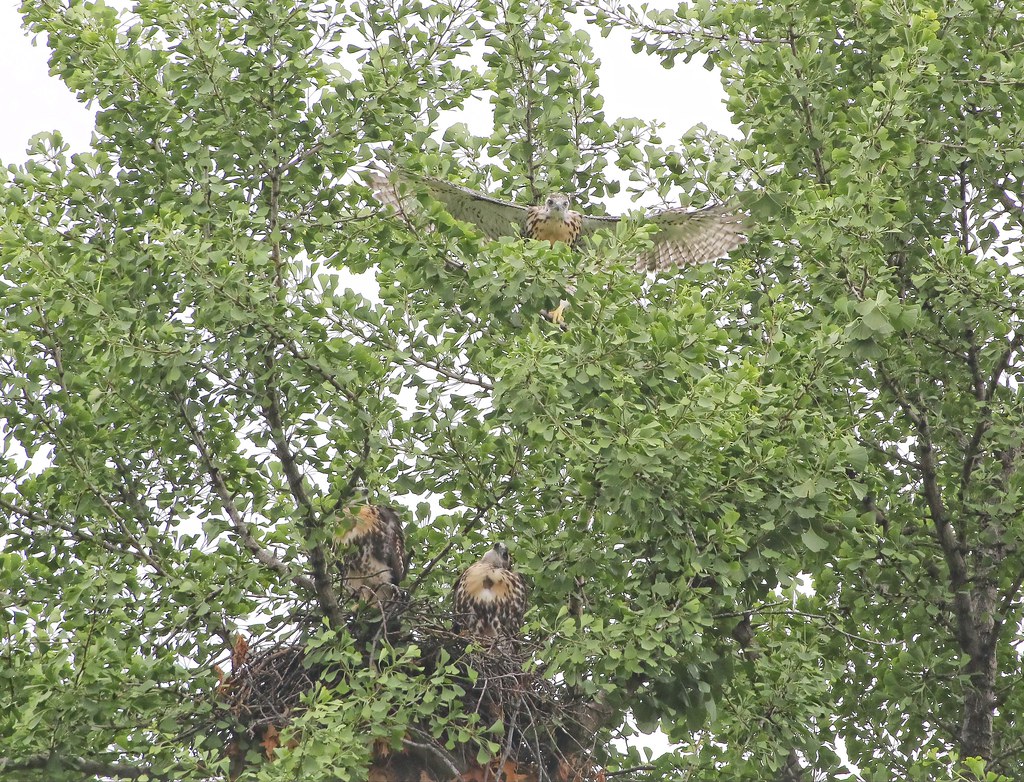 The hawklet had climbed up the branches on the north side of the nest, then practiced wing flapping on an upper branch where it had room to move around.  This is something Christo and Dora's kids were unable to do in the previous nest locations on air-conditioners. 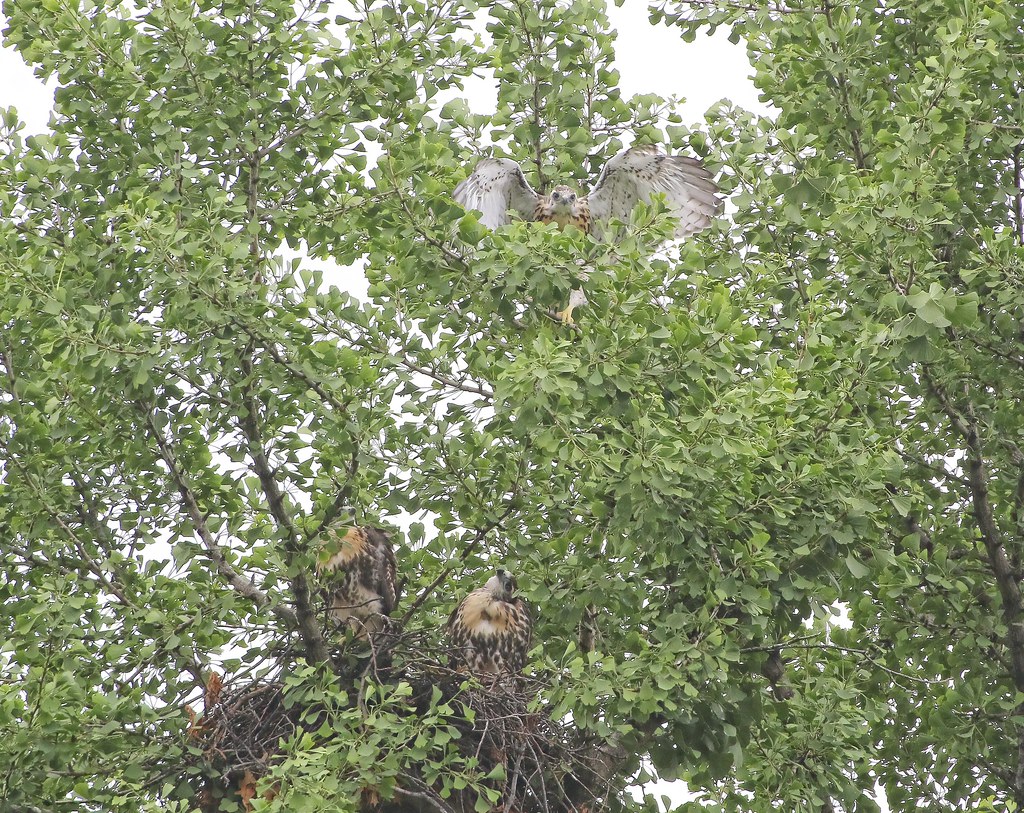 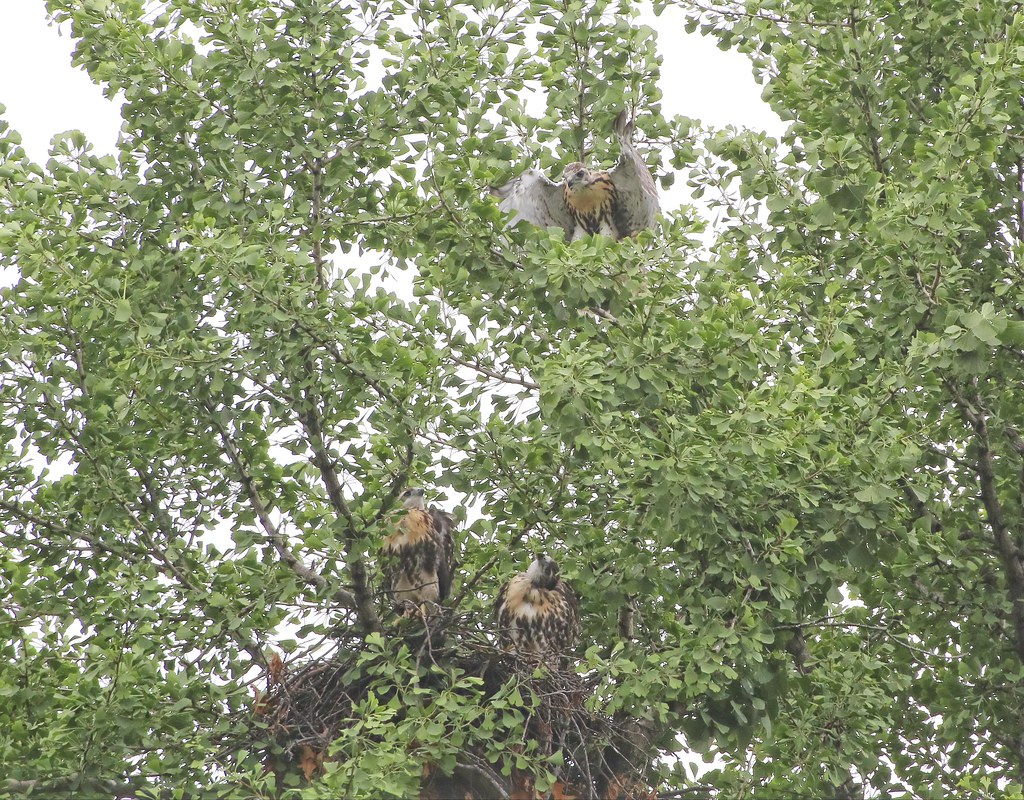 The branching hawklet is not necessarily the oldest.  I noticed that one of the hawks sitting in the nest had the darkest feathers on its head, indicating it could be older.  However, it's impossible for us to know the exact age of each nestling. 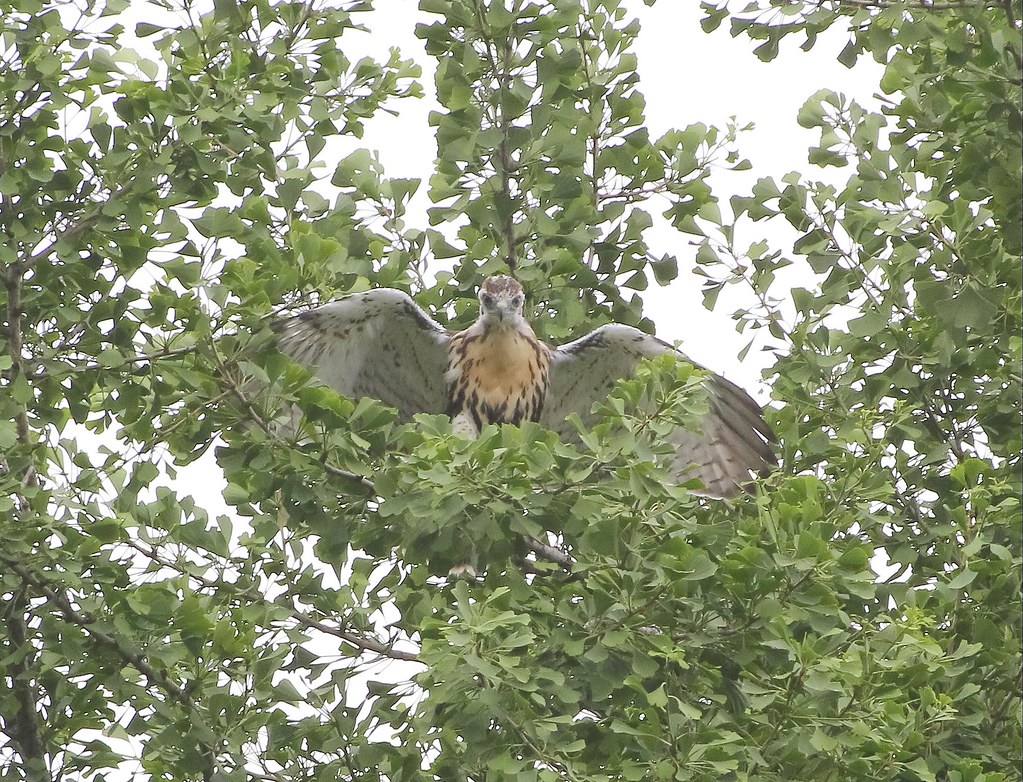 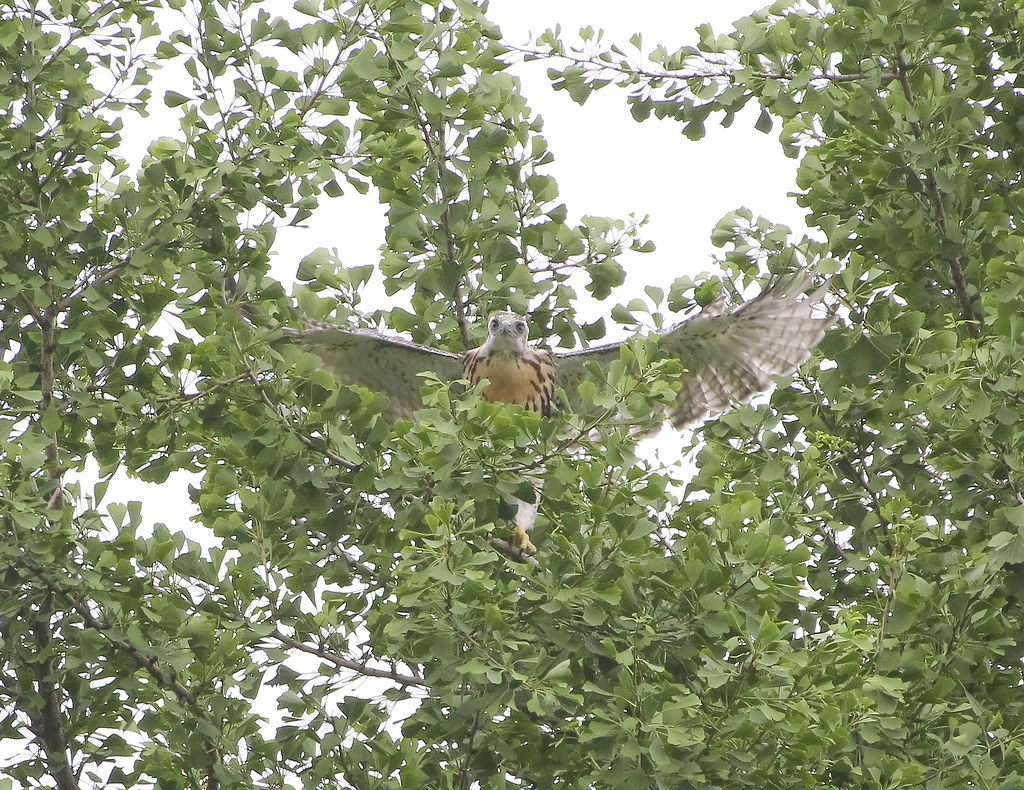 After seeing the one sibling go exploring, the other two seemed to be inspired to do the same. 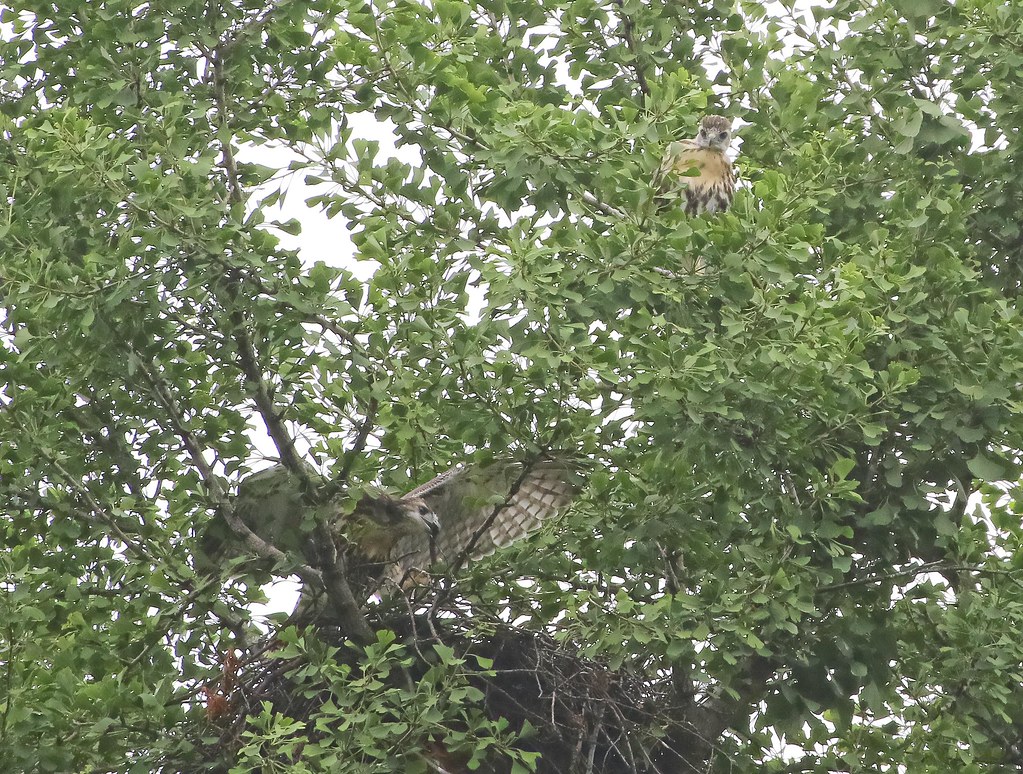 They took turns jumping from one side of the nest to the other, and leaping up to perch on low branches around the edge of the nest. 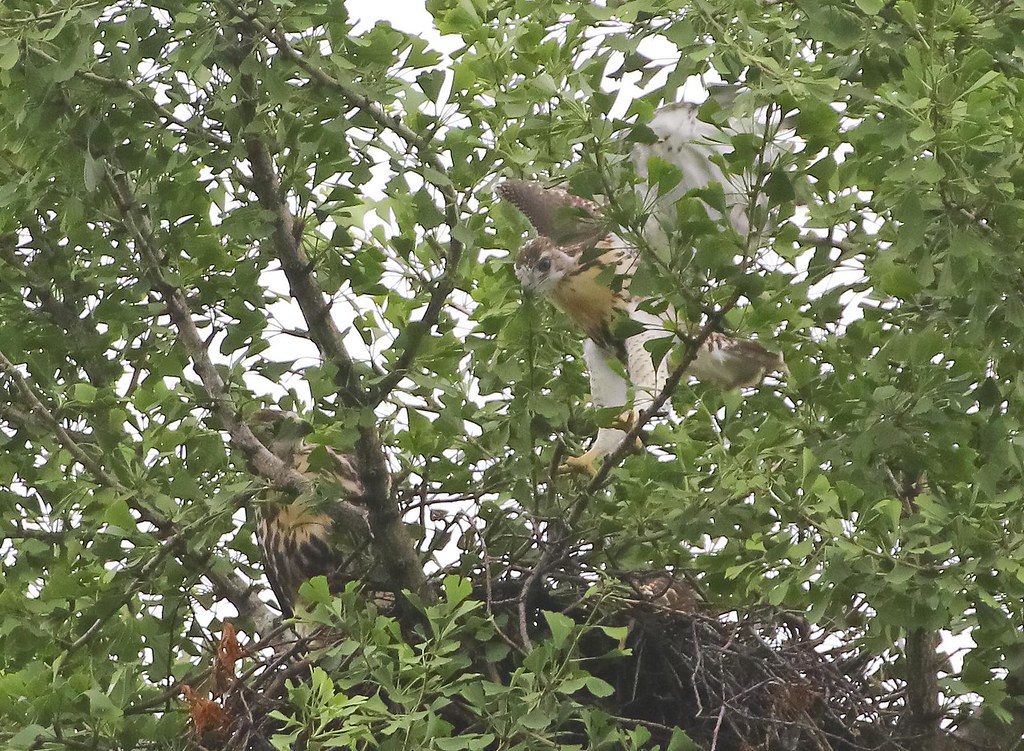 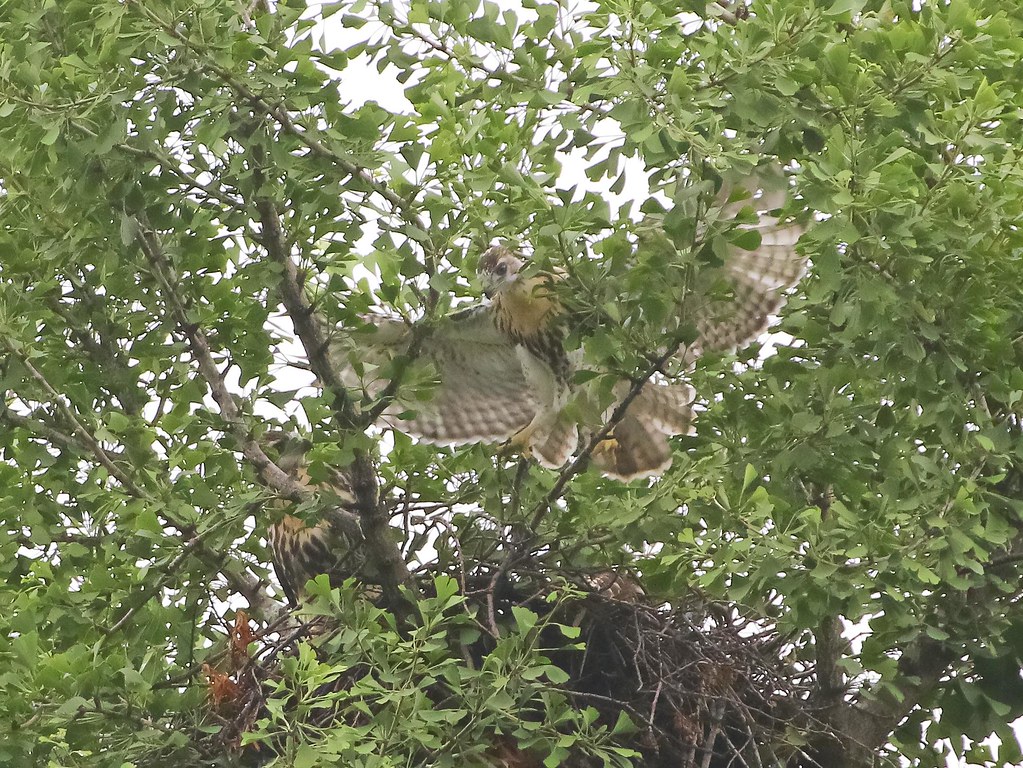 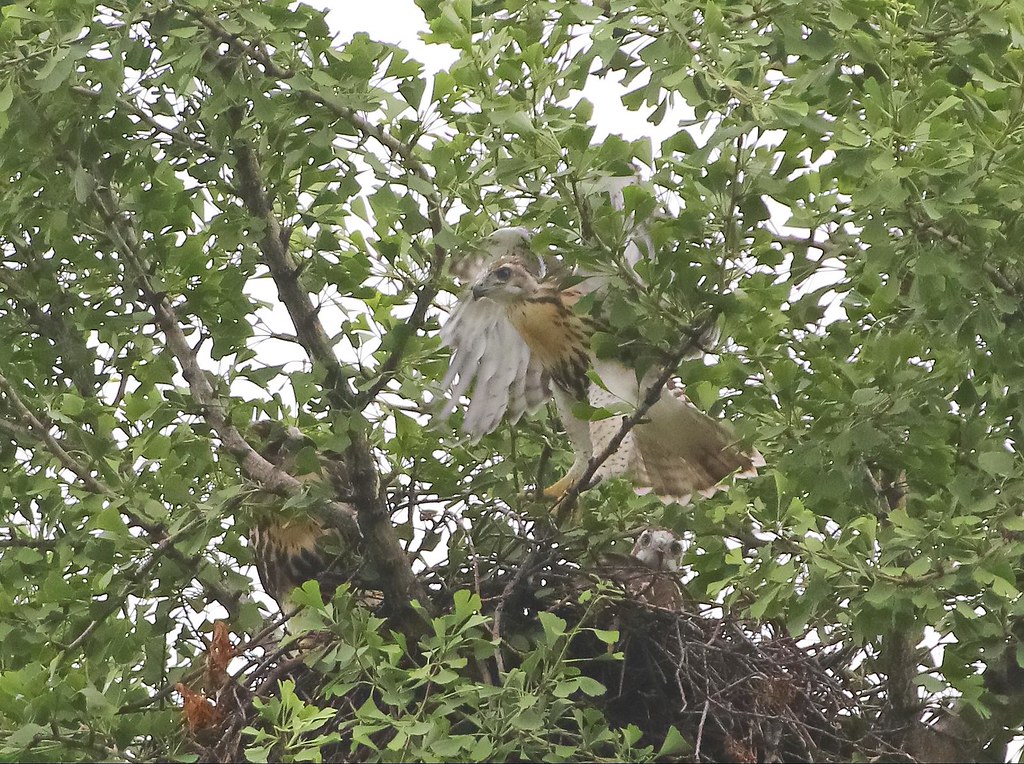 Here is some video of the branching hawk flapping around above the nest:

While all the activity was going on at the nest, parents Dora and Christo kept a close eye on their kids from across the street.  They each dropped food off in the nest while I was there. 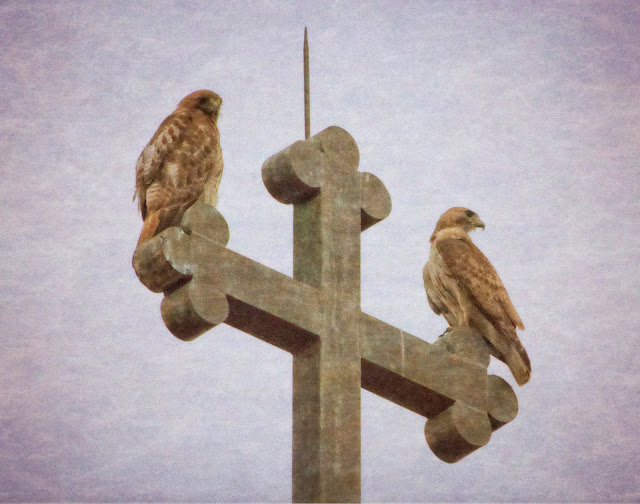 The young hawks could fledge at any time now.