This week, the Tompkins Square hawk fledglings have been exploring the east side of the park and are starting to pick up some hunting skills.  They don't seem to be in a hurry to fly very far from home base, but I think that's a good thing as there is no rush to go anywhere.  In past years, there seemed to be some urgency to get them out of the nest (on air-conditioners) and move them to safer areas, away from busy streets.  This time around, they've had the luxury of branching and exploring trees at their own pace while their parents (namely Christo) bring them food. 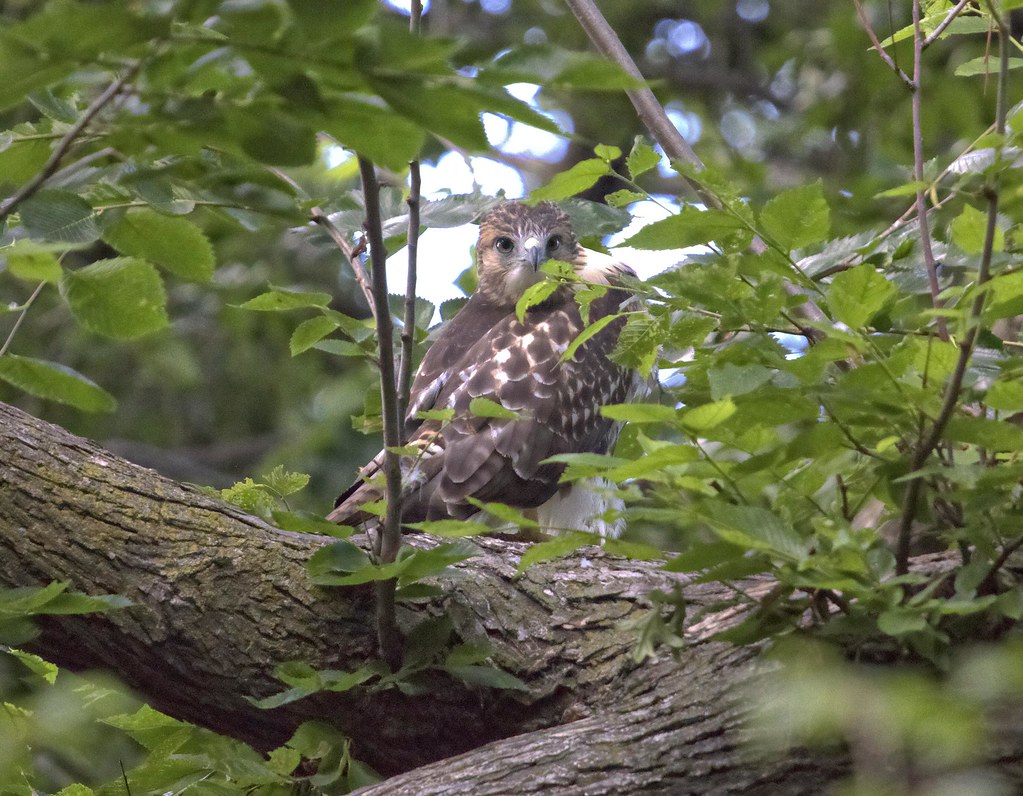 This fledgling was perched on a low branch, intensely watching squirrels run around on the ground. 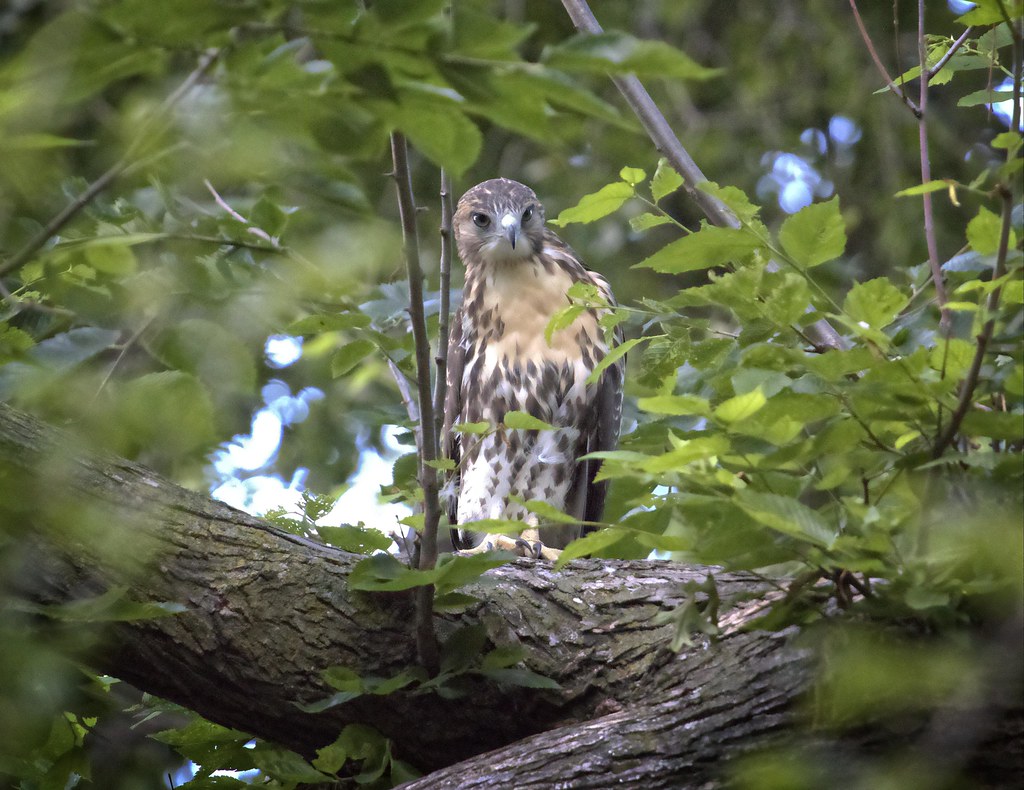 One of their new favorite perches is this rooftop on the east side of Avenue B.  It's the highest point along that block, so the hawks probably have a good view of the neighborhood from up there. 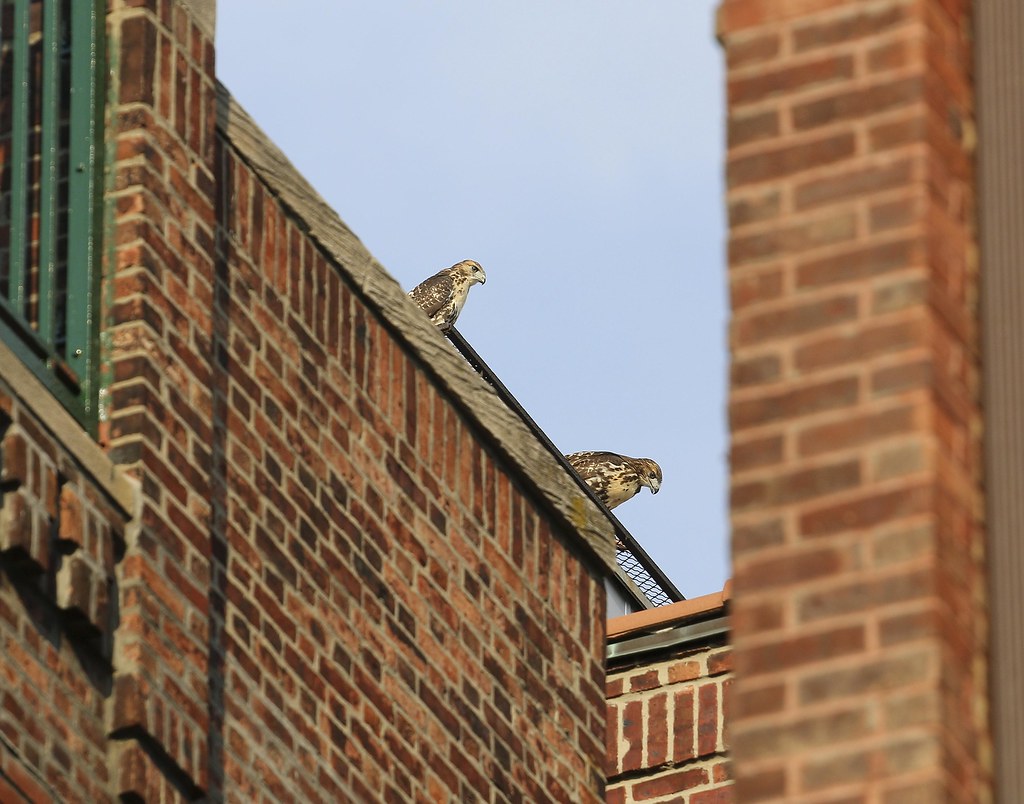 I've not been able to get all three siblings in one shot to get a good look at them and compare them to each other, but you can see some differences in these two.  The one on the left has a fairly pale chest and light colored head, while the one on the right is more colorful and is significantly larger.  Other observers also noted its size, so we speculated it could be a female. 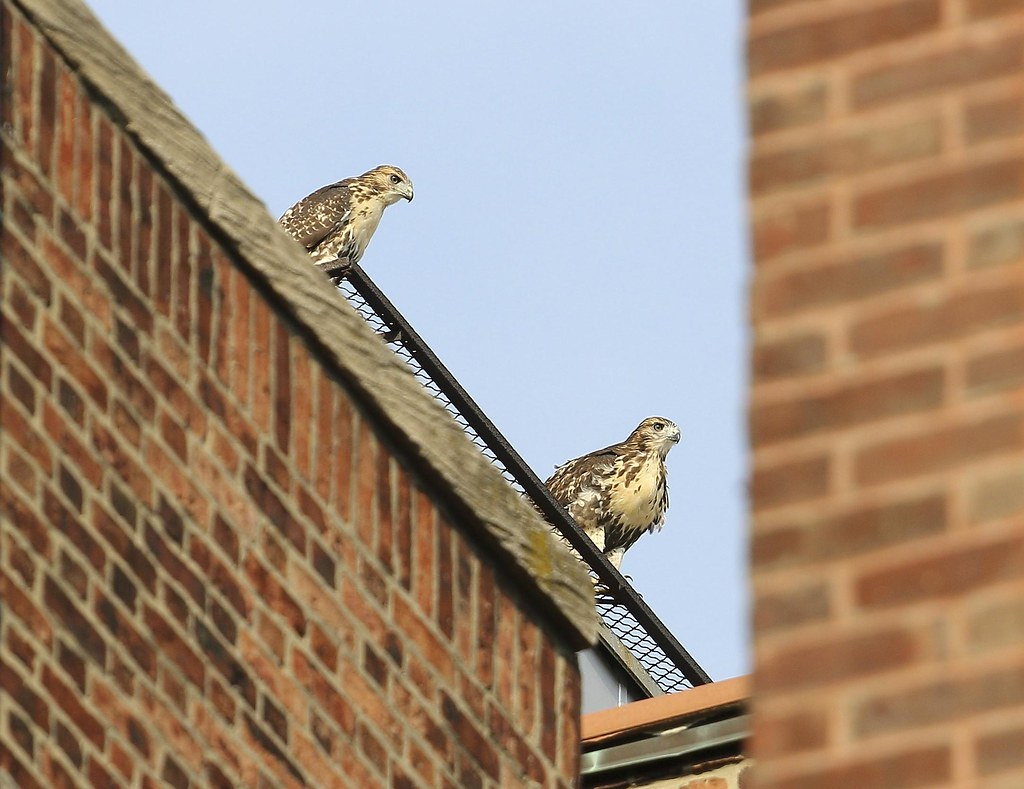 Later, two of the fledglings practiced grabbing things from the ground and carrying them off. 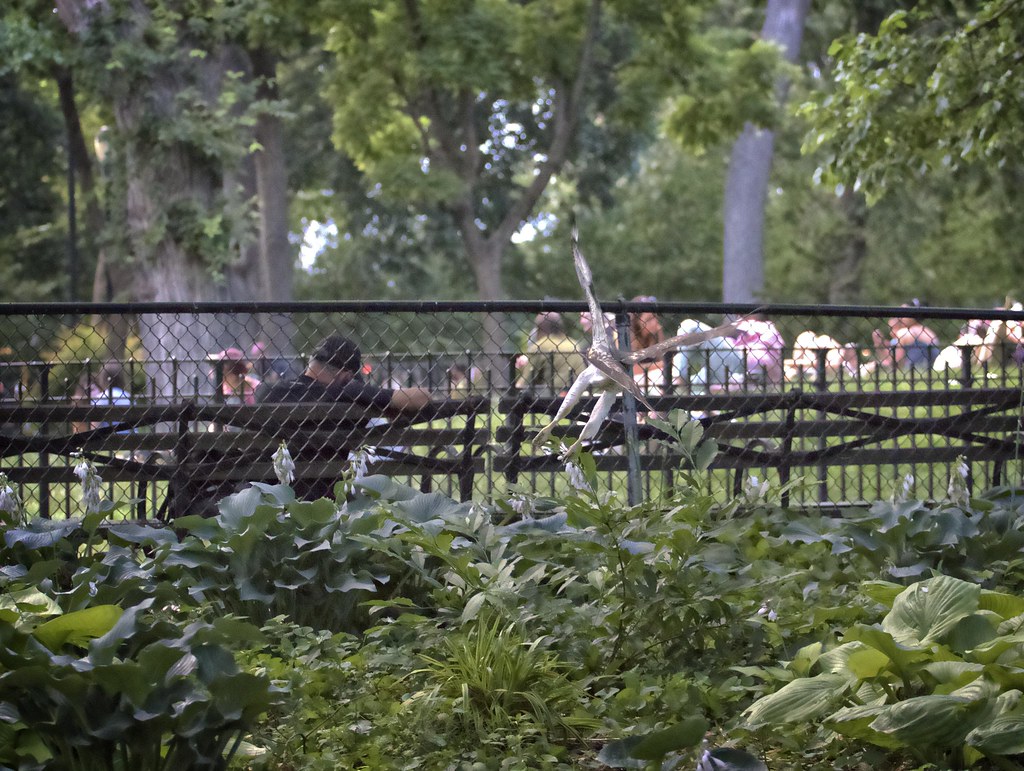 Christo left a dead pigeon on the ground and this fledgling flew down and nabbed it. 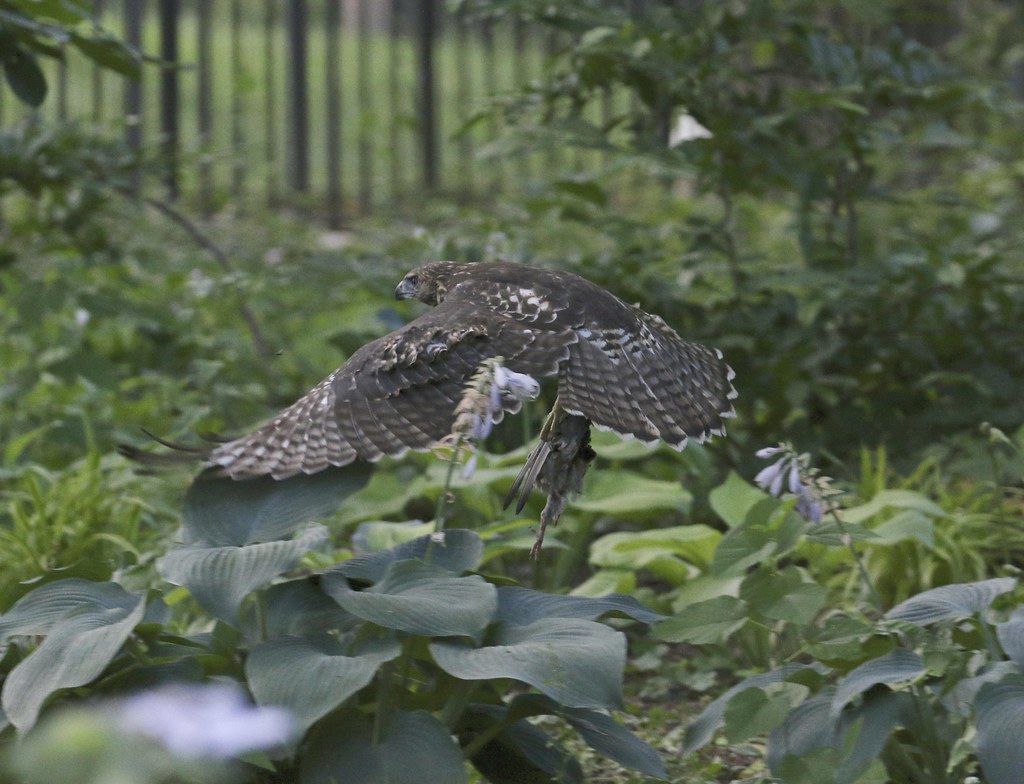 It was a pretty big pigeon and looked a bit heavy for the hawk to manage. 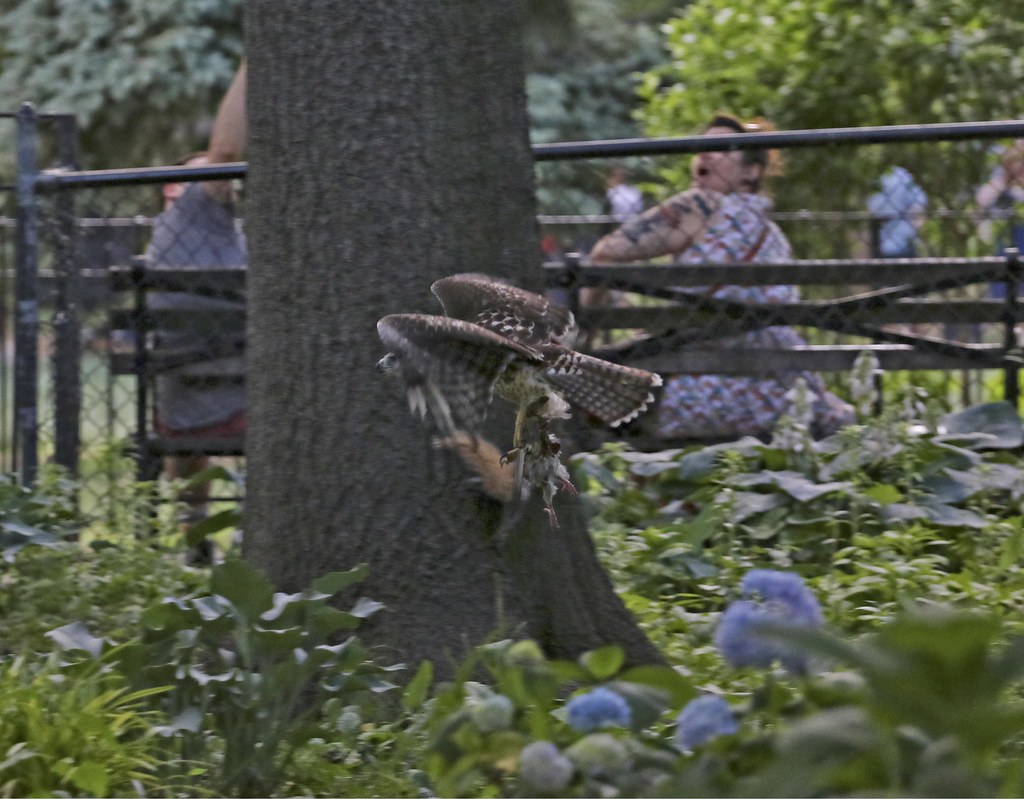 It couldn't quite make it up and over a fence, and ended up dropping the pigeon on the path. Christo circled over the dropped food and I wondered if he'd retrieve it, as he did on Sunday, but he opted to perch in a nearby tree and think about it for a while.

He must have decided to abandon it - or, perhaps encourage the kid to go back and get it - as he caught a tiny mouse and gave that to the fledgling instead.  When the mouse was delivered, a second fledgling flew in to share. 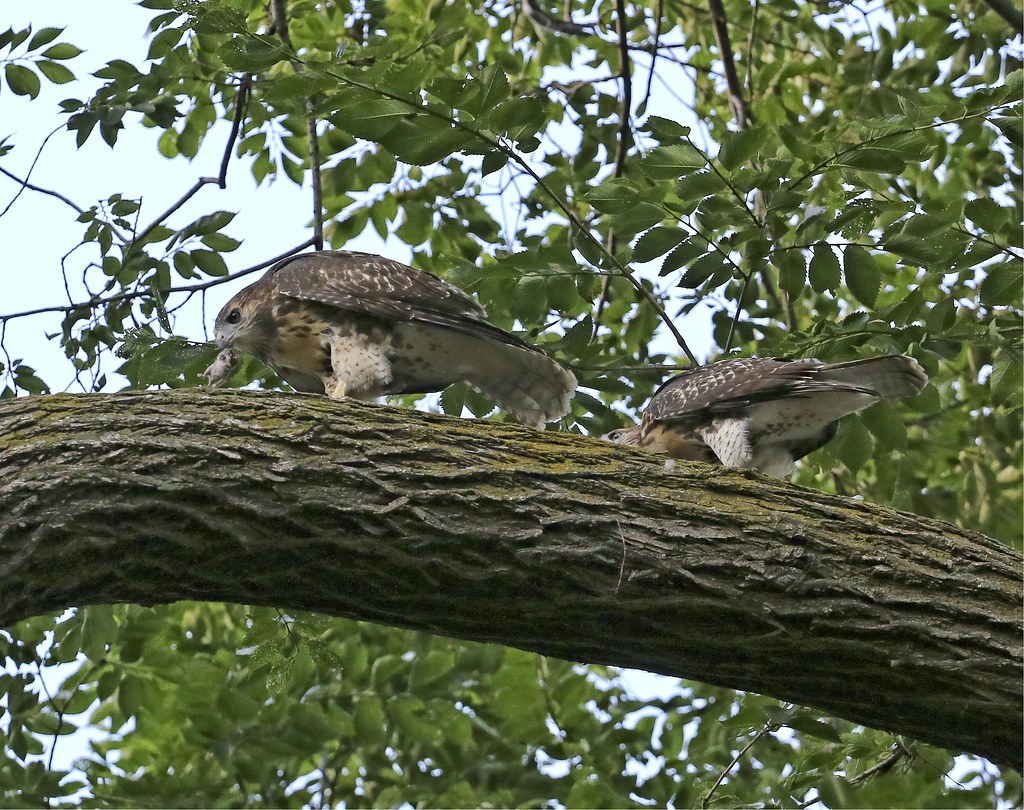 But, the first kid was not interested in sharing. 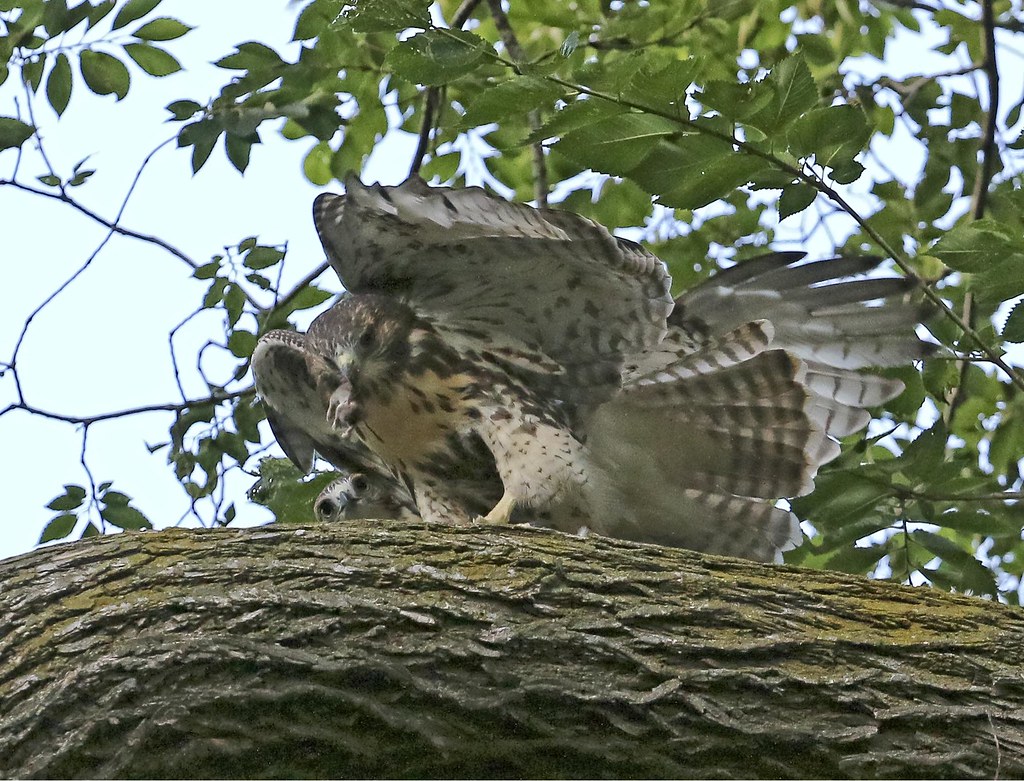 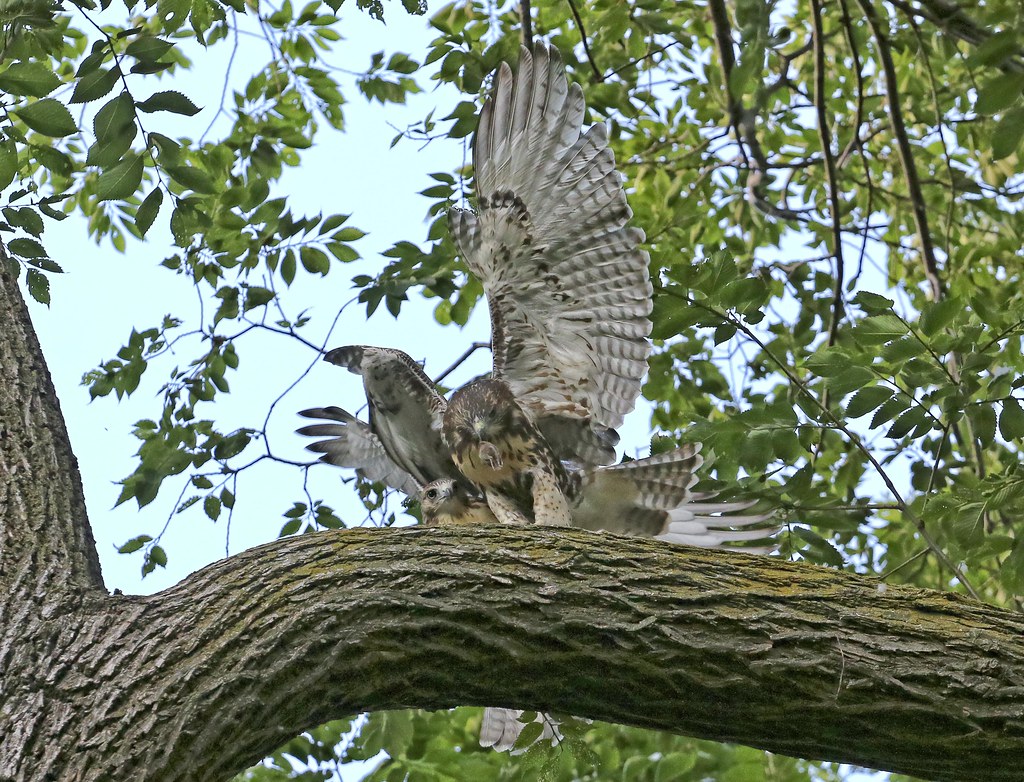 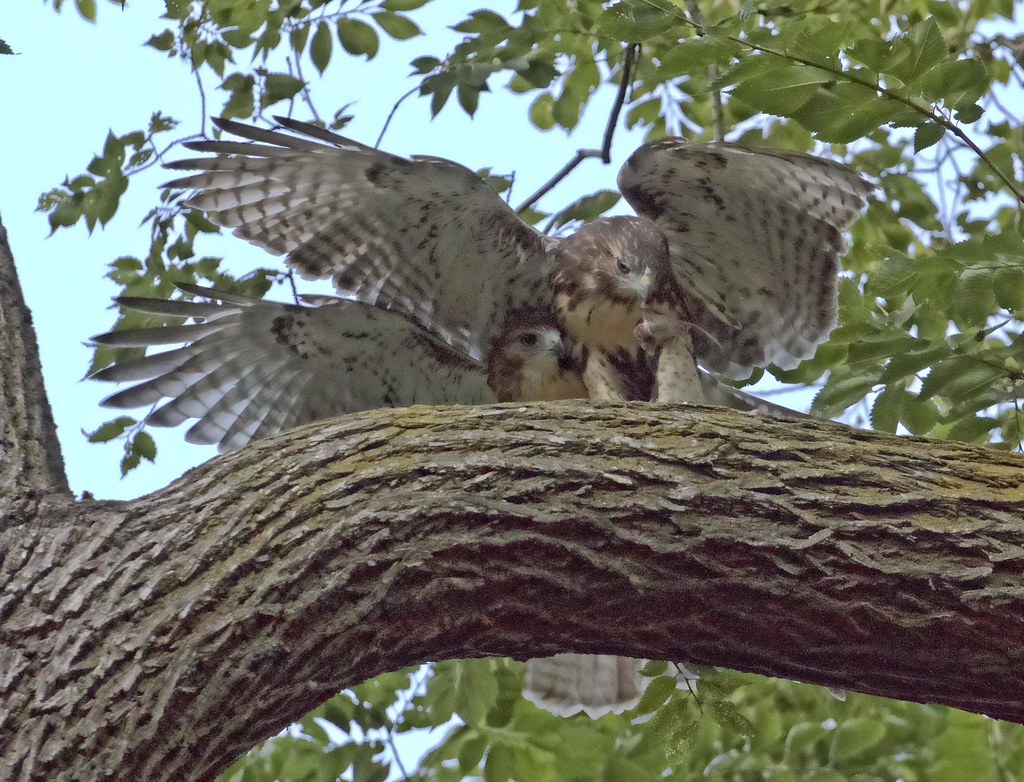 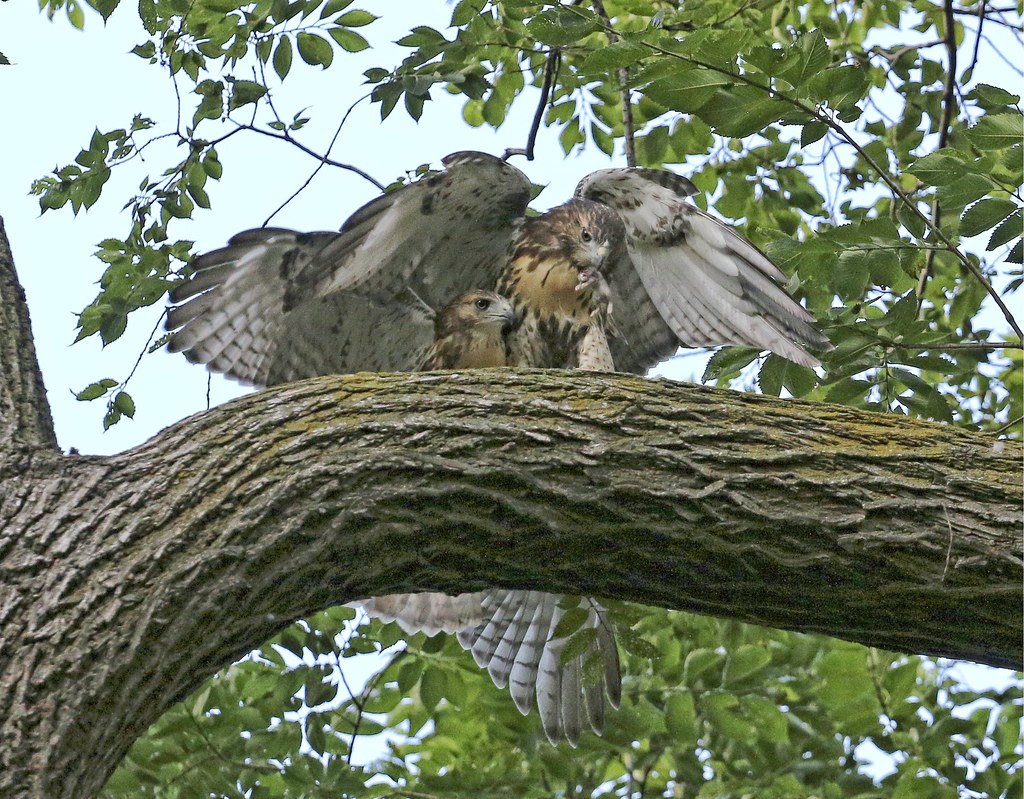 The fledgling with the mouse gulped it down as the other hawk (left) sulked.  If it really wanted to, it could go get that dropped pigeon that was within sight of their perch.  As it was getting dark, I couldn't stick around to find out what happened next. 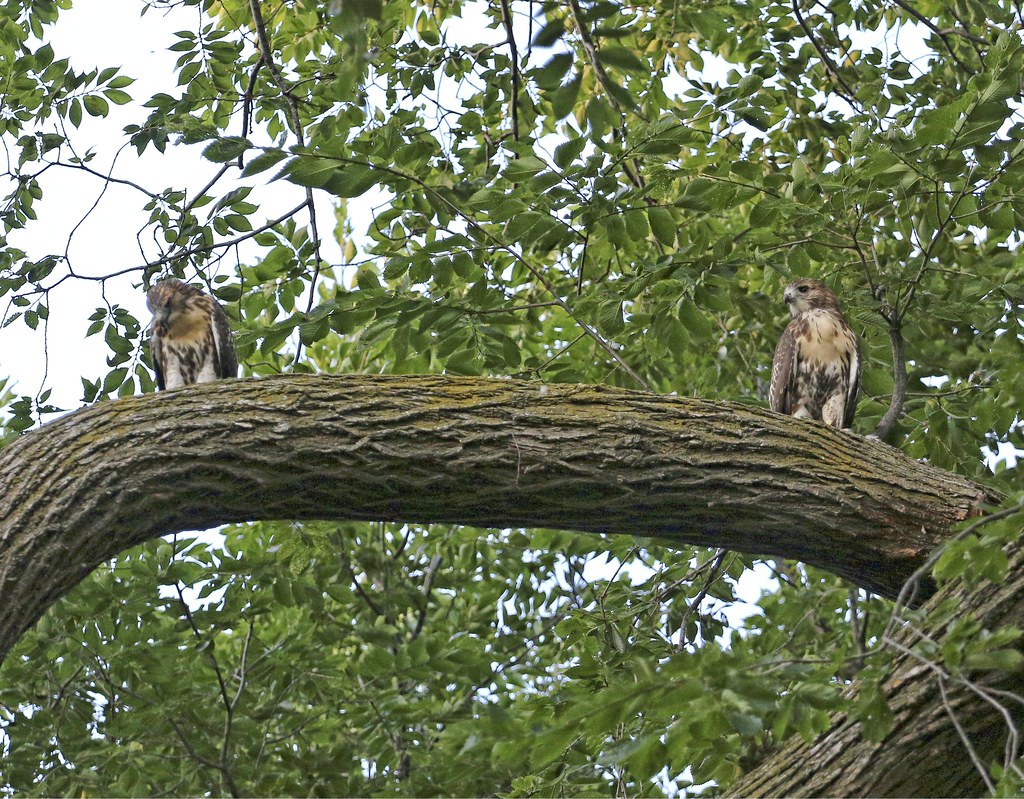