What creature resembles a toasted marshmallow with two eyes and a beak? 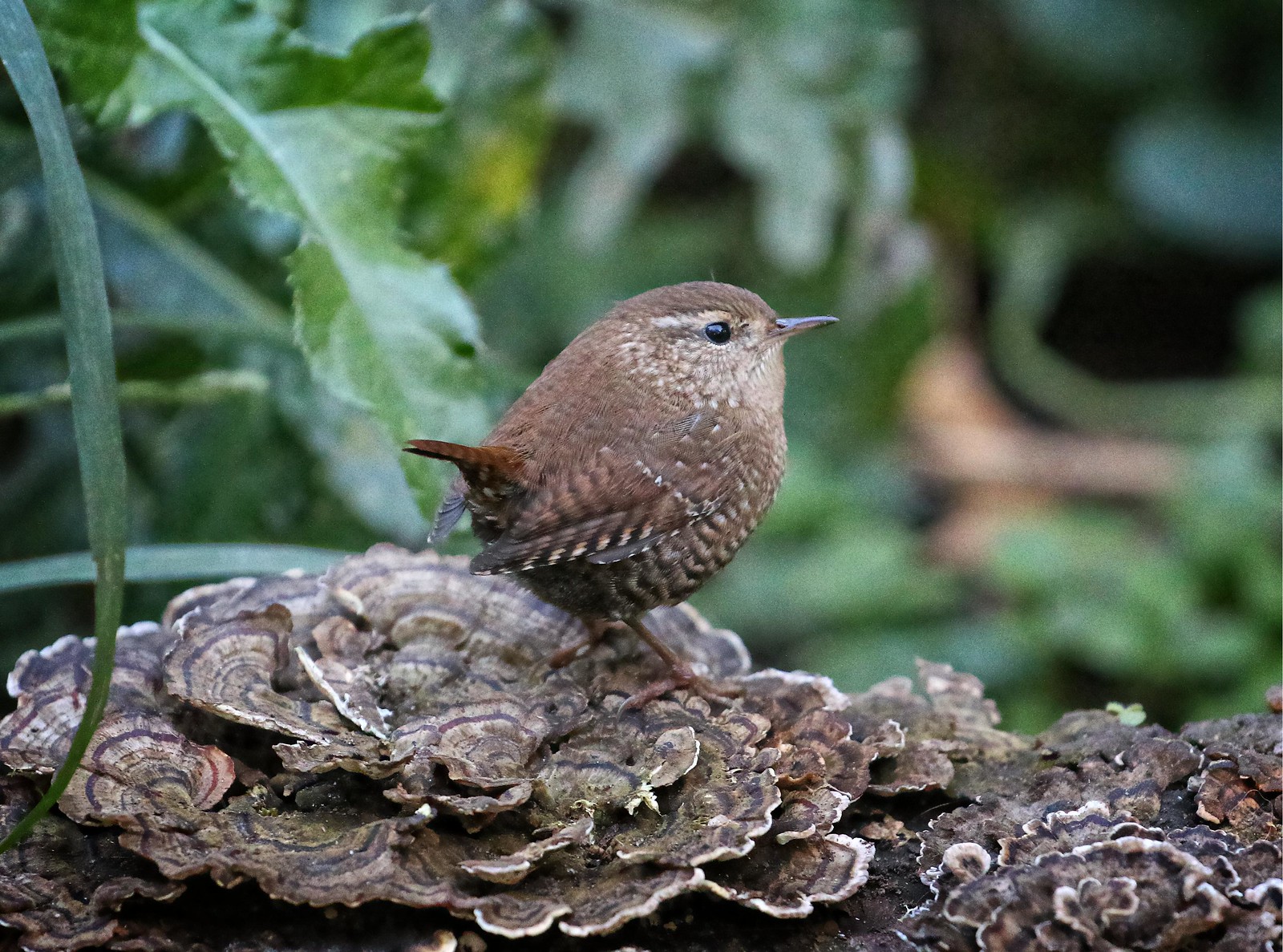 This little guy was in Tompkins Square Park for a few days, hiding out in some shrubs on the east side of the park.  To the delight of gleeful admirers, it popped out of the shadows just as the sun went down. 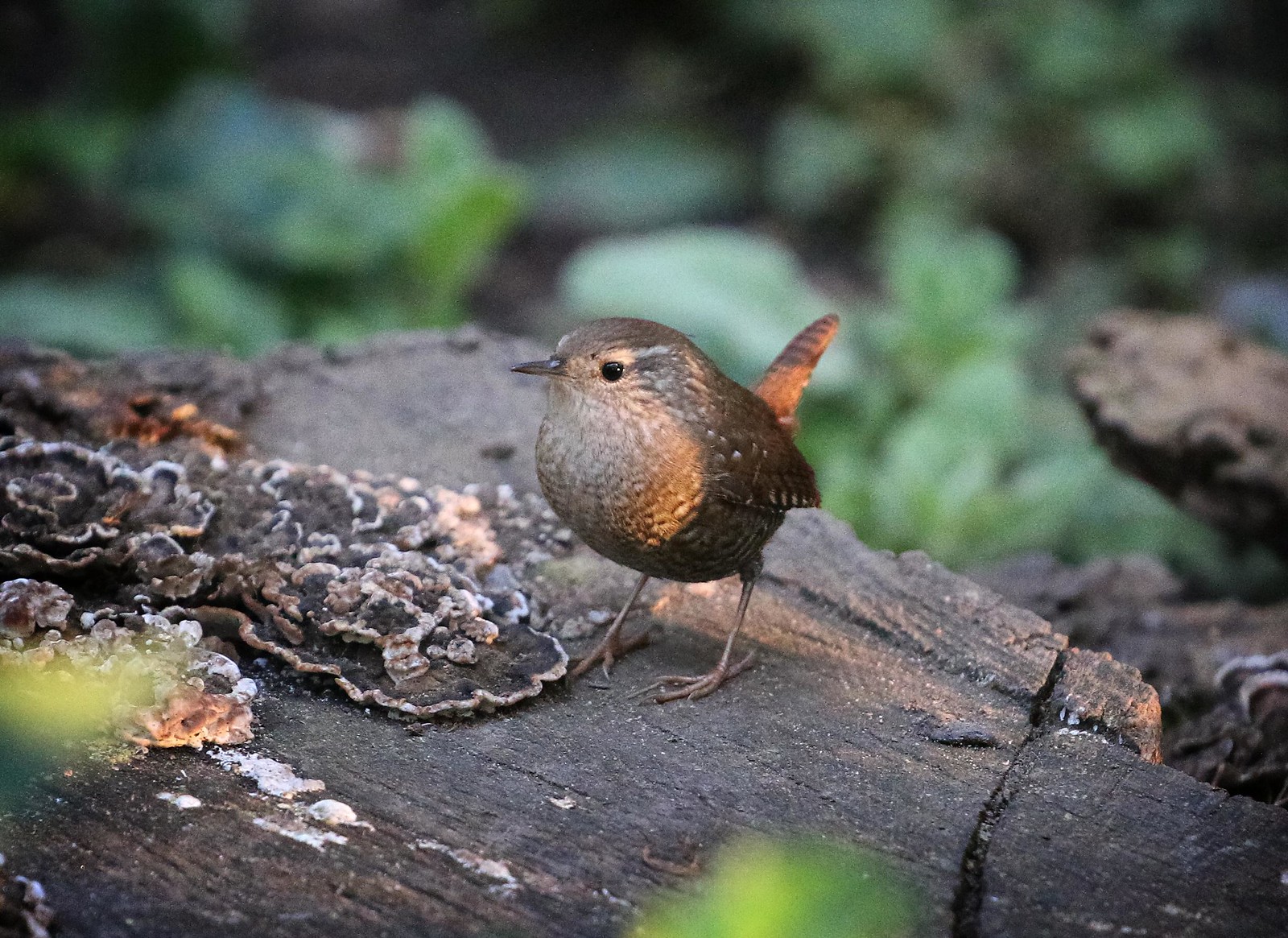 Aside from hummingbirds, this might be the smallest bird I've ever seen. 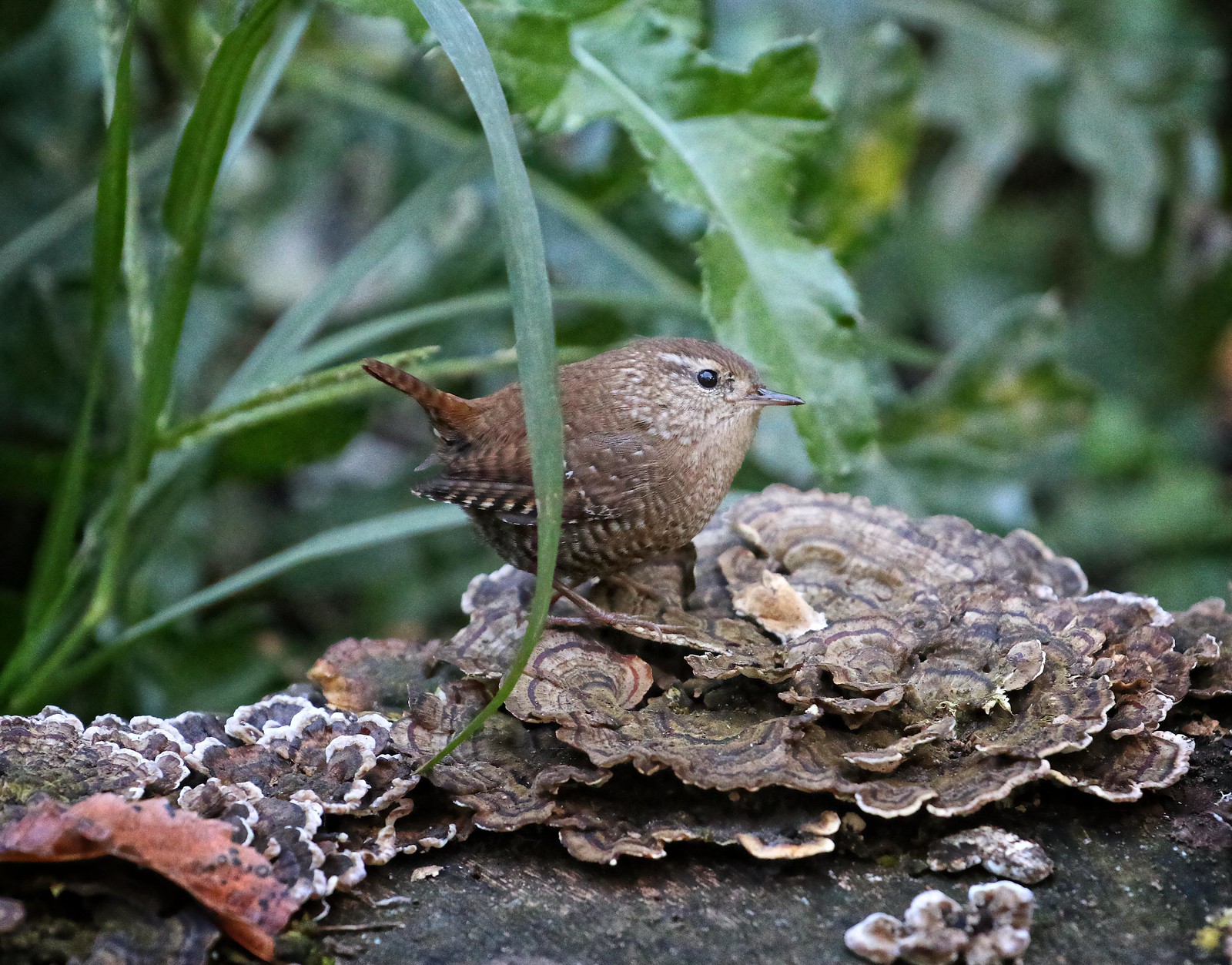 The wren had an equally tiny friend in the underbrush... 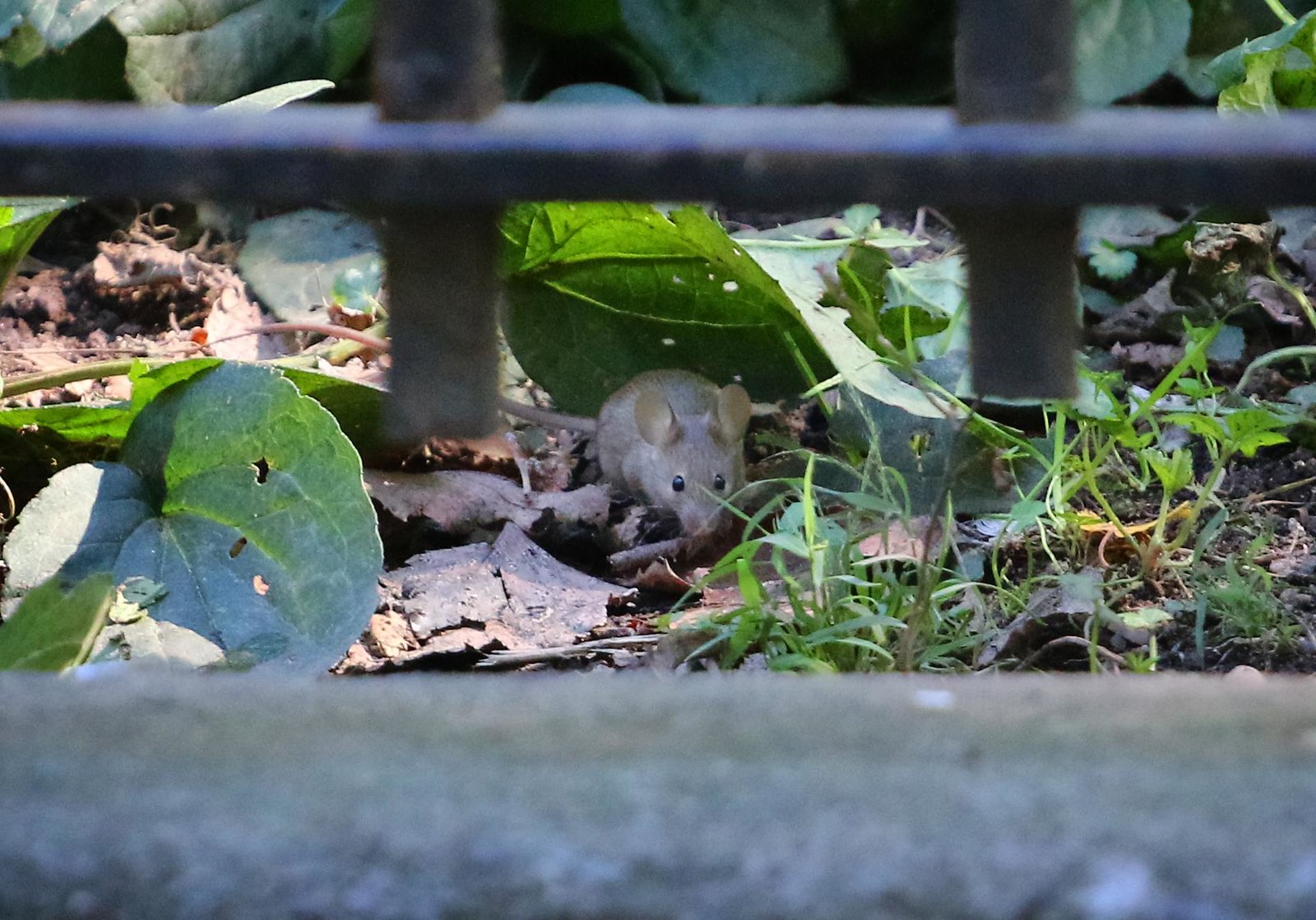 Below are a few more favorite bird sightings from this fall migration season.  I was obsessed with the Black-throated Blue Warblers.  It seemed they were always in the deep shade, making photographing them difficult.  One day, I lucked out when a handful of them visited a vegetable garden in Battery Park. 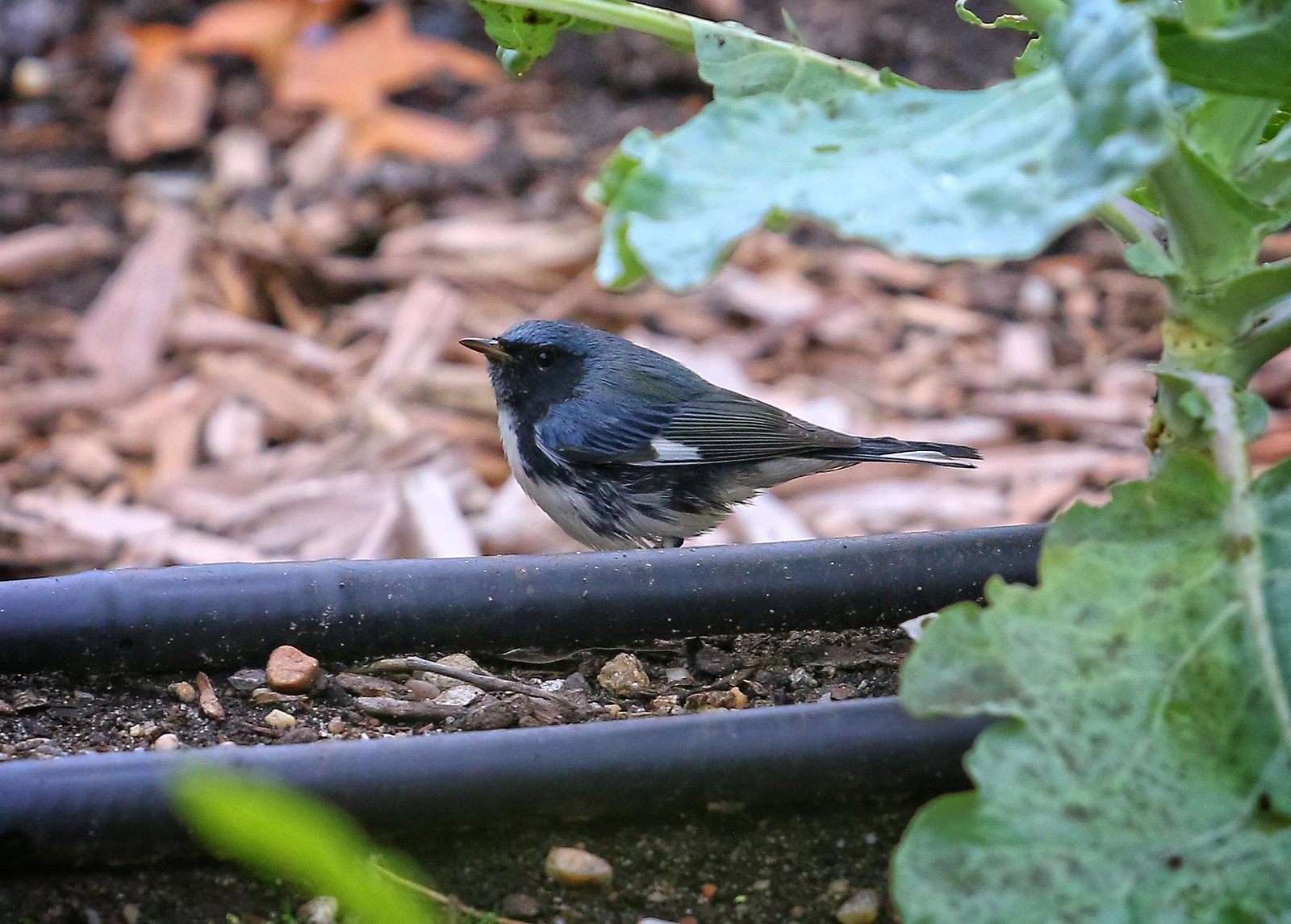 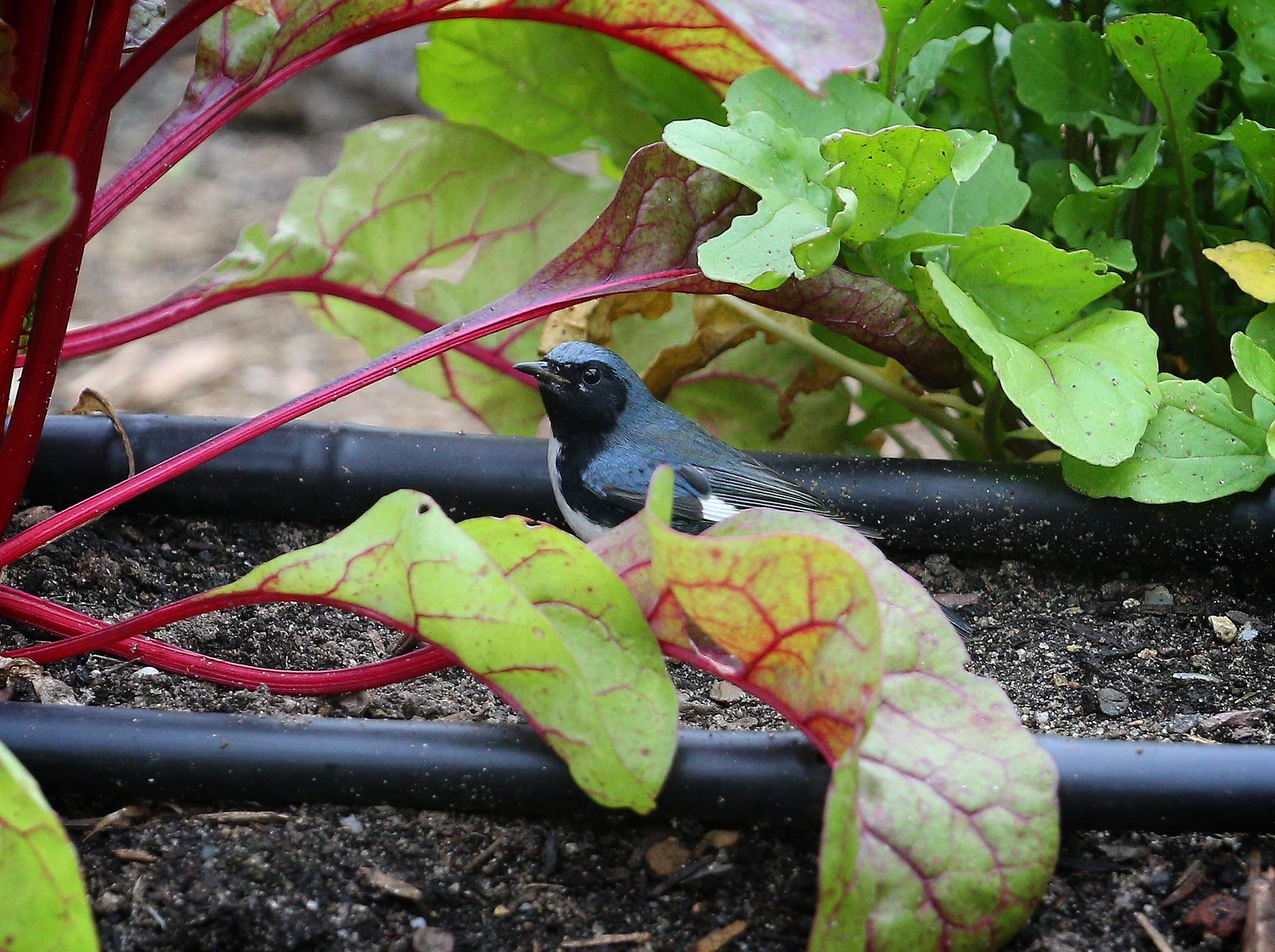 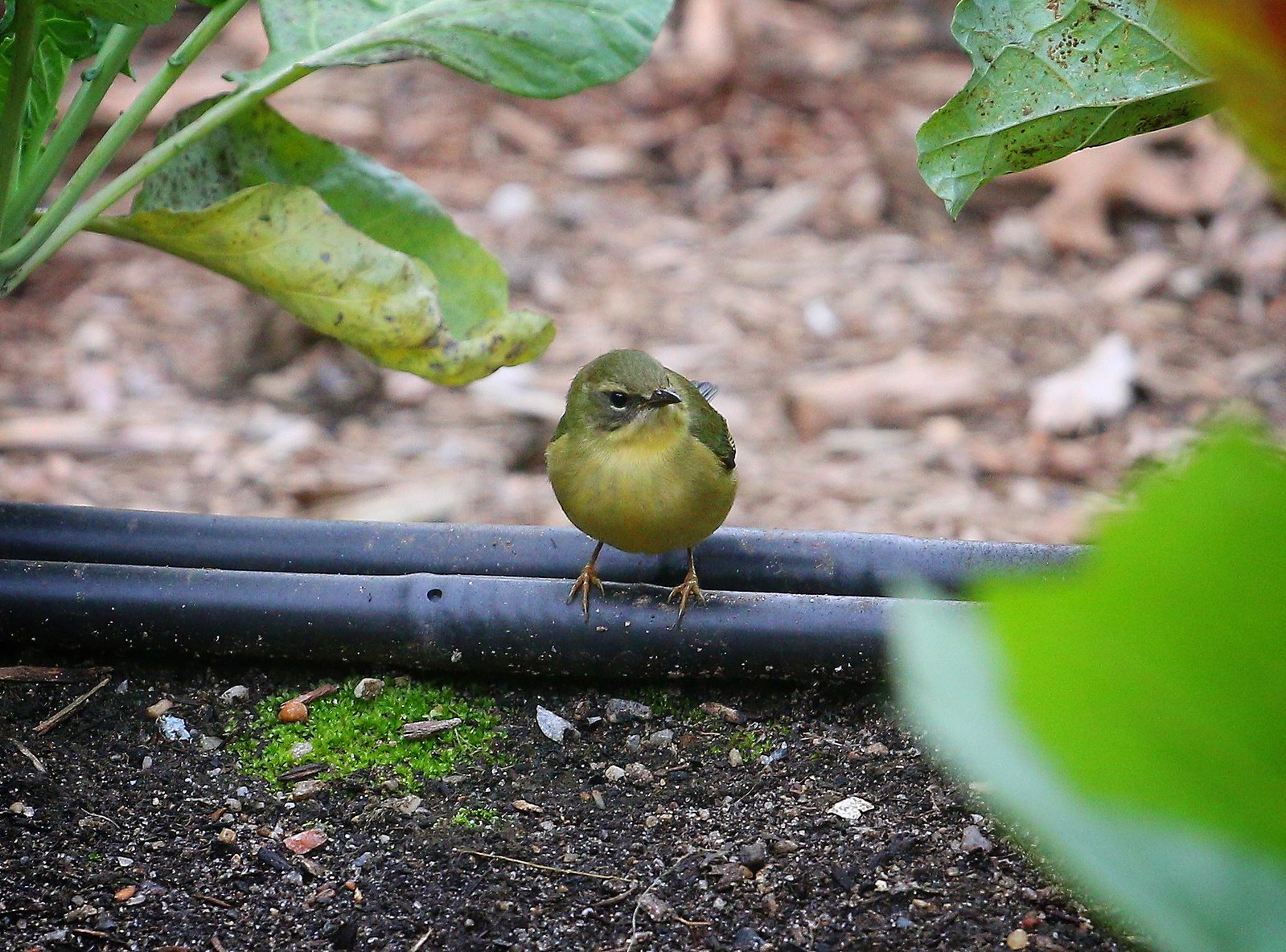 This young Northern Mockingbird was happy to pose. 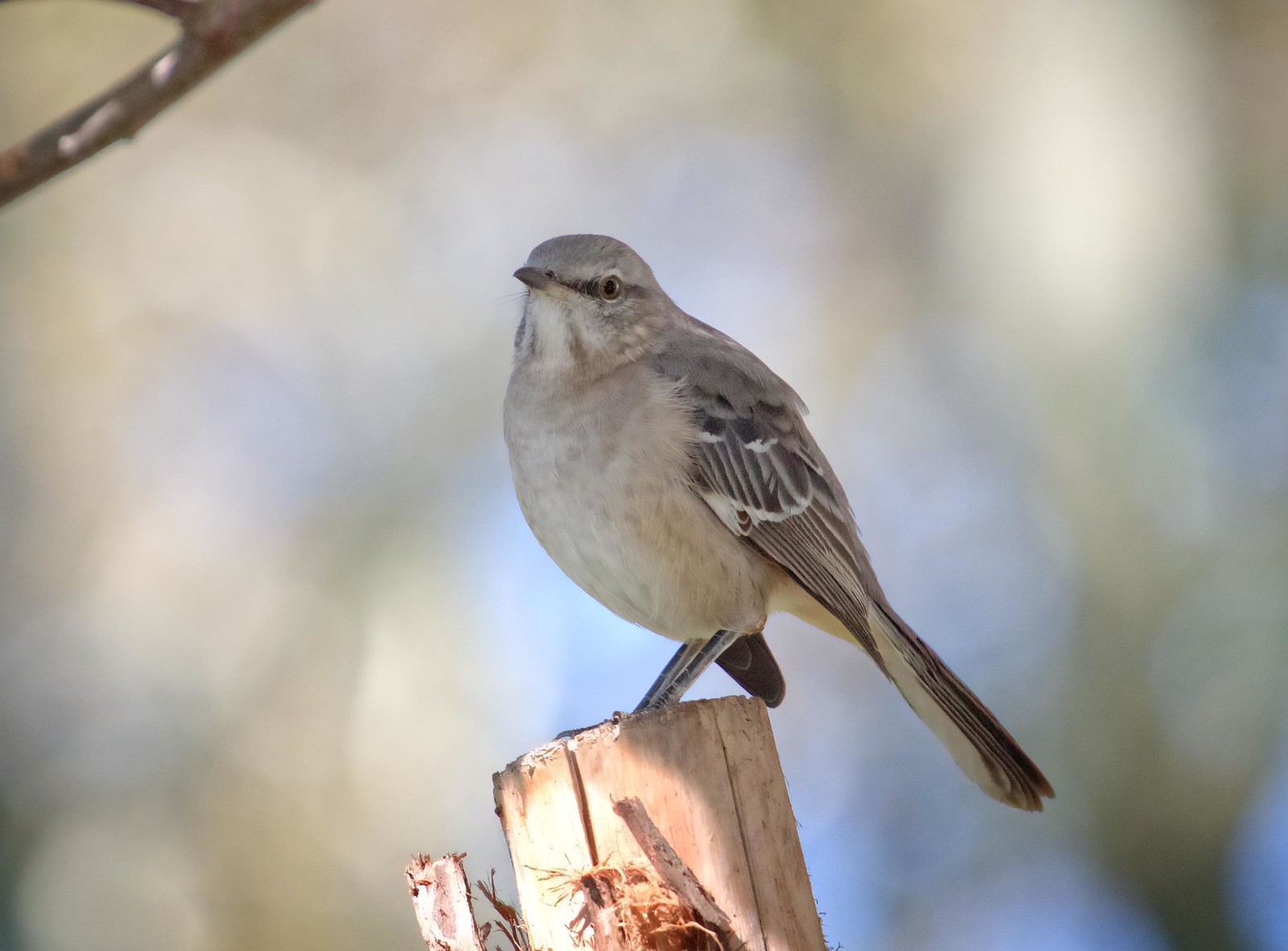 In the same area, I found this little Ruby-crowned Kinglet. 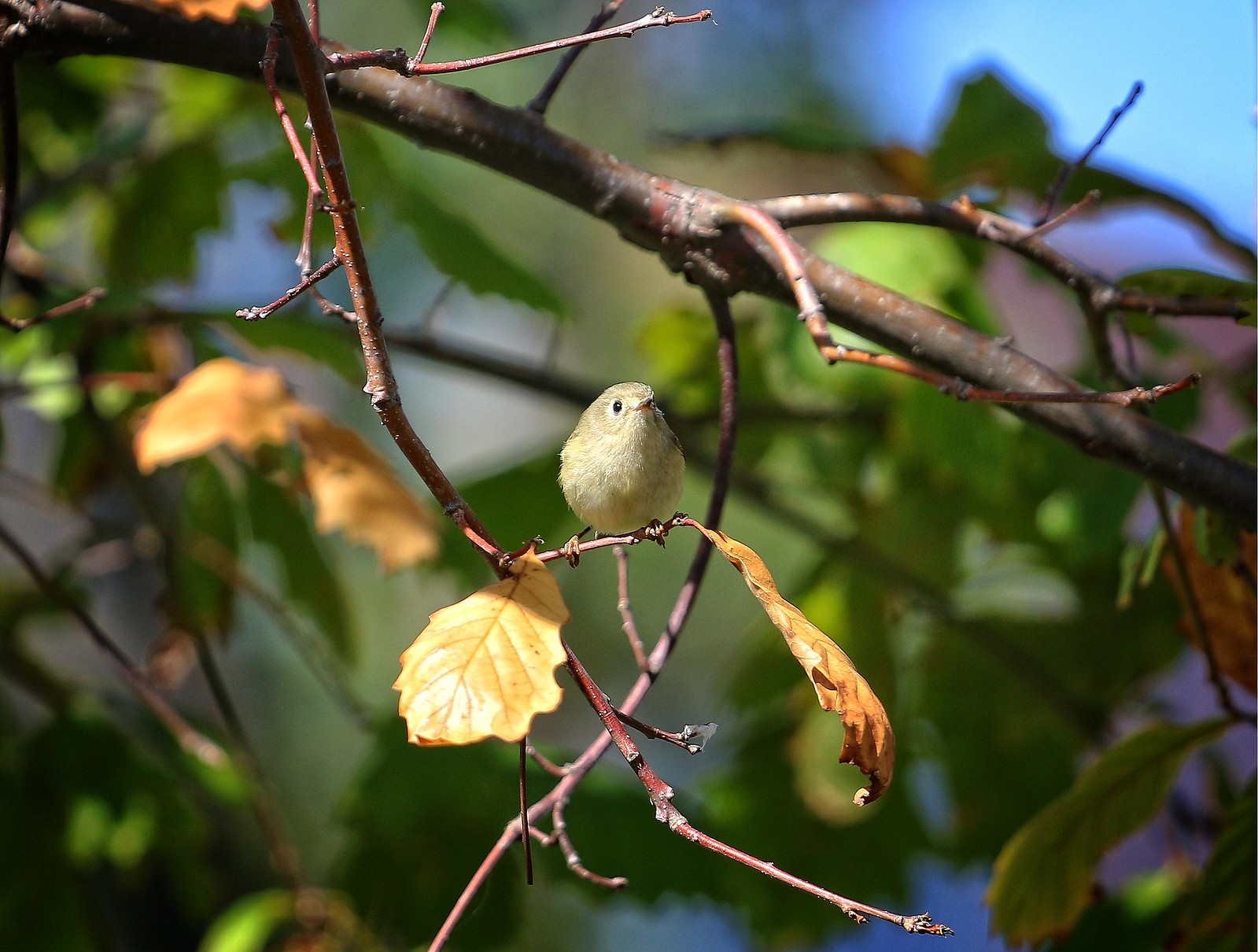 It was busy feeding on insects in the tree.  Below, the kinglet is in action, hanging upside-down from a leaf stem while snatching bugs off the leaves. 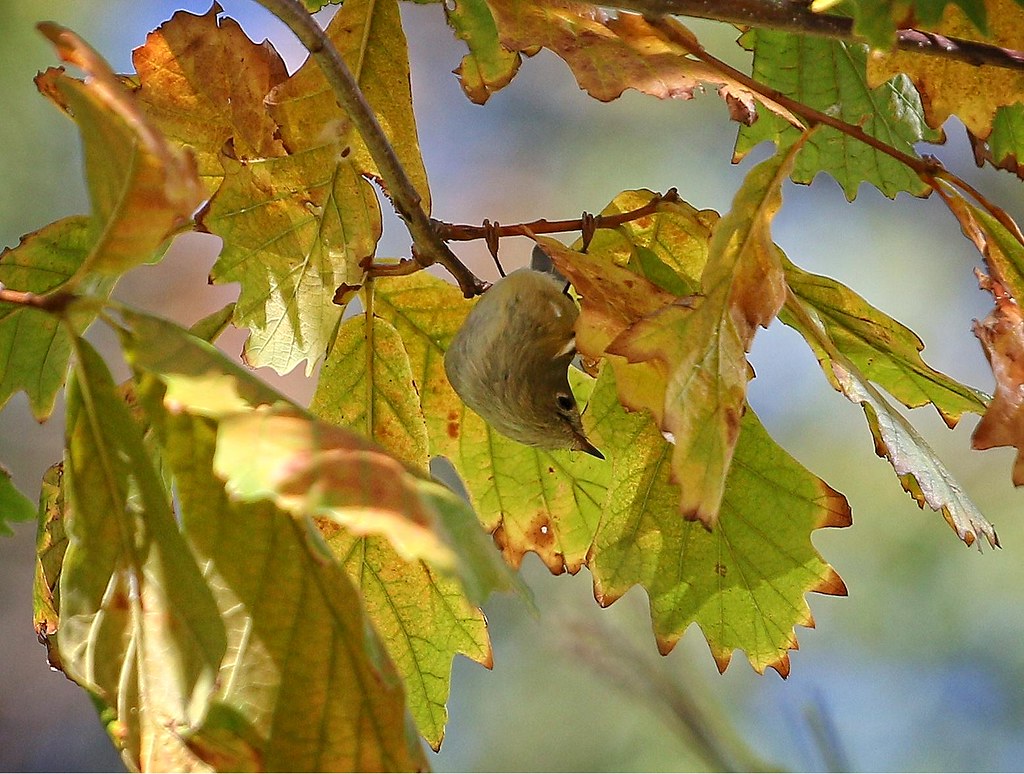 A year ago (October 20, 2015), I found a kinglet engaged in the same activity in nearly the same location: 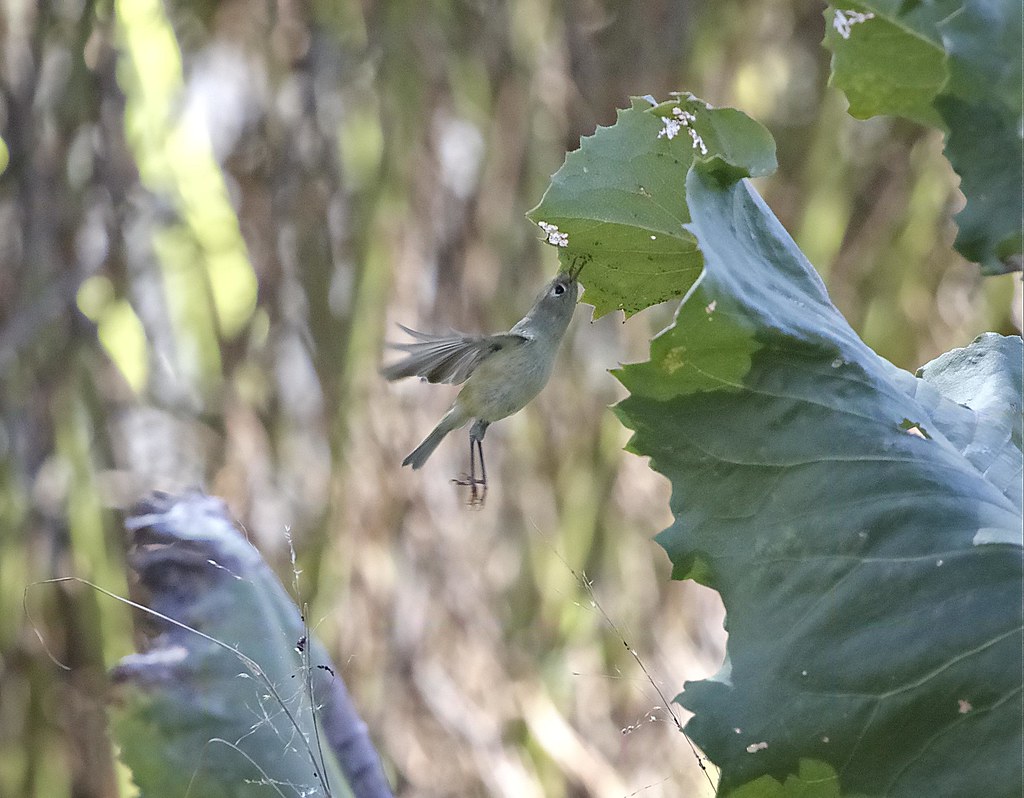 On the topic of eating bugs, I caught this Palm Warbler feasting on flesh flies in Tompkins Square.  Mmmm! 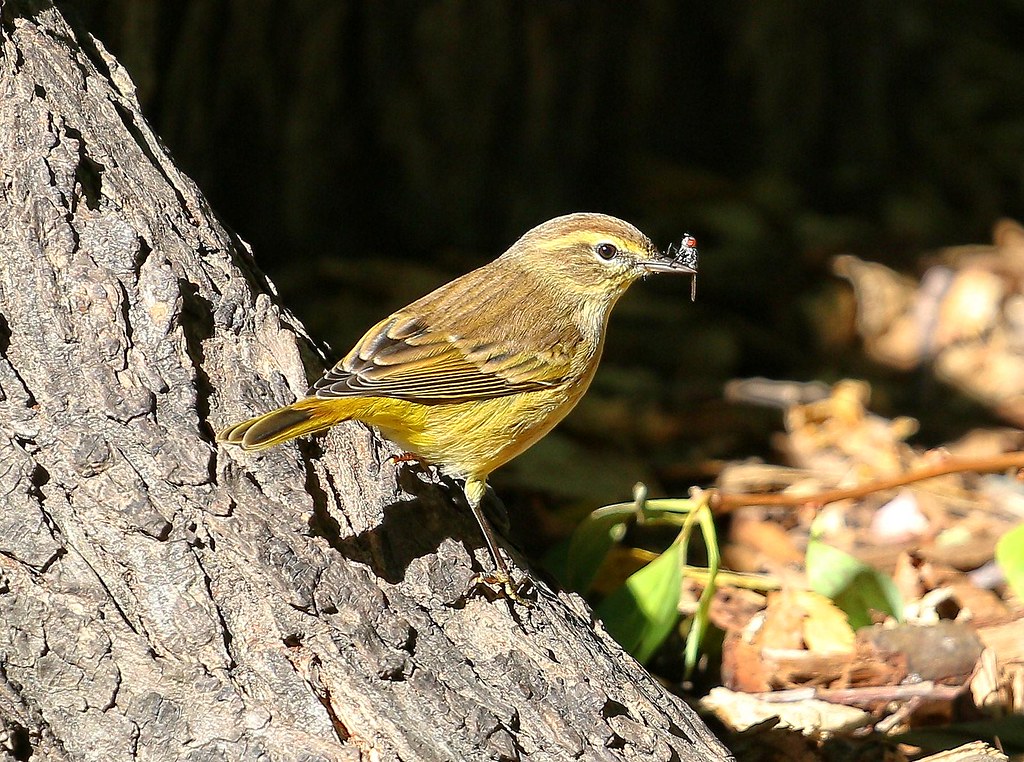 Meanwhile, a Hermit Thrush hunted insects in the grass. 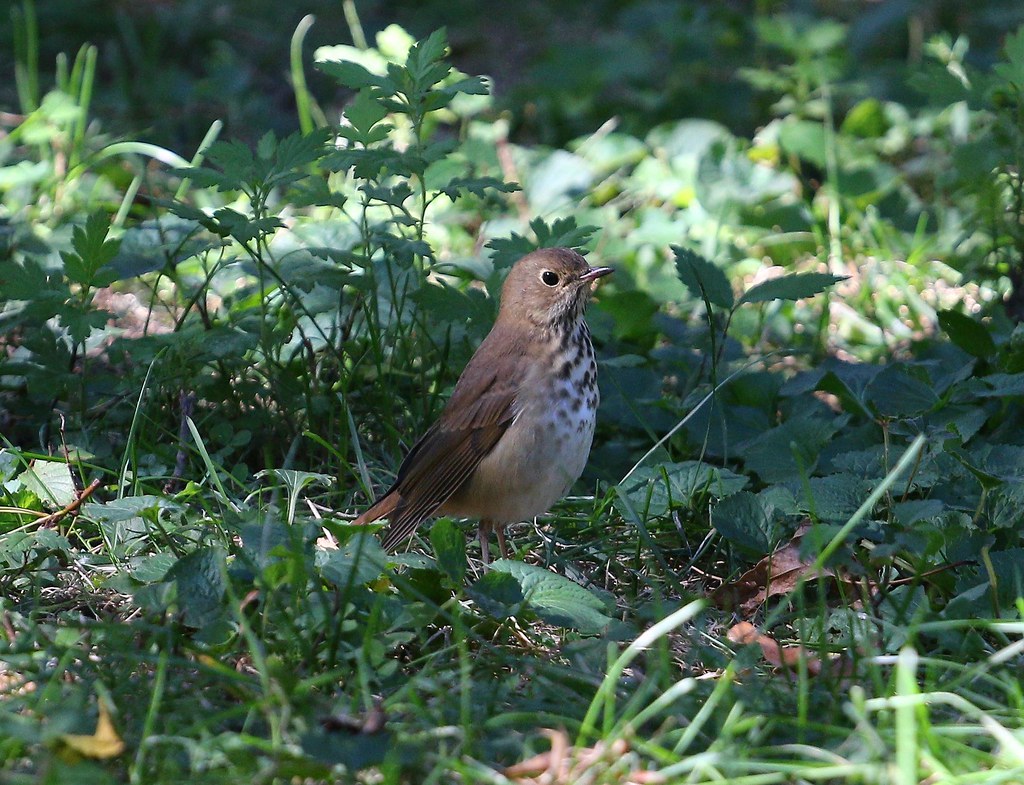 Seeing these guys always makes me happy - they have an enthusiastic air about them. 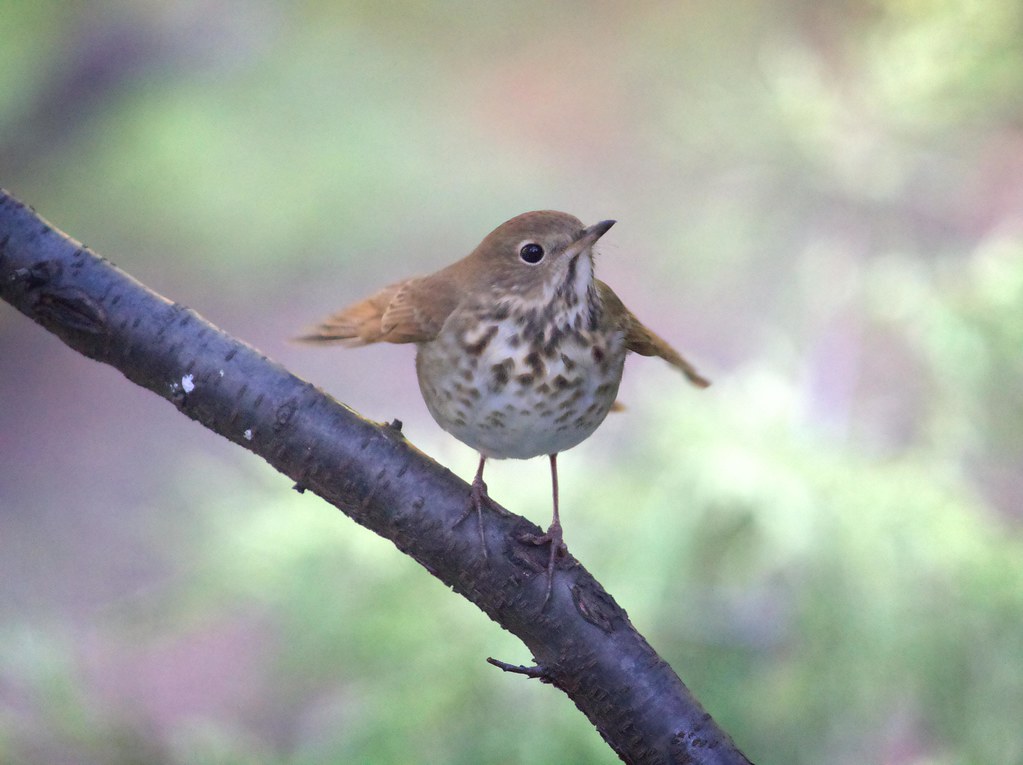