Spring bird migration is underway and below are a few visitors who are passing through the East Village.  Except where noted, these were all found in Tompkins Square Park. 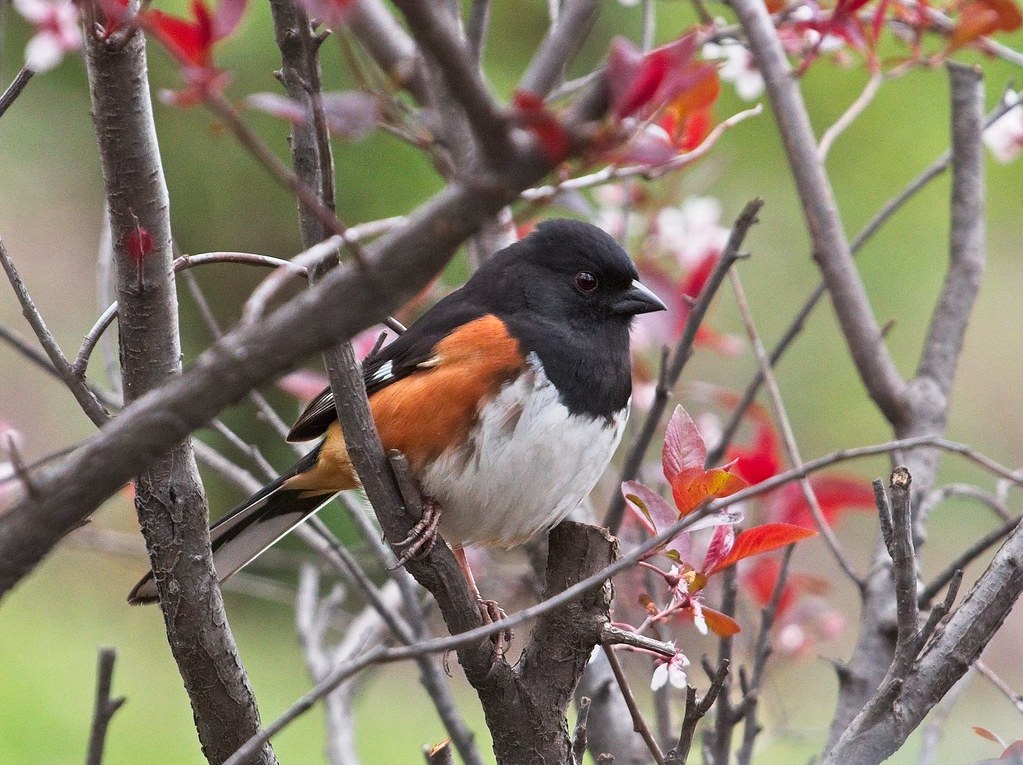 I really liked his drink your tea song, which can be heard here. 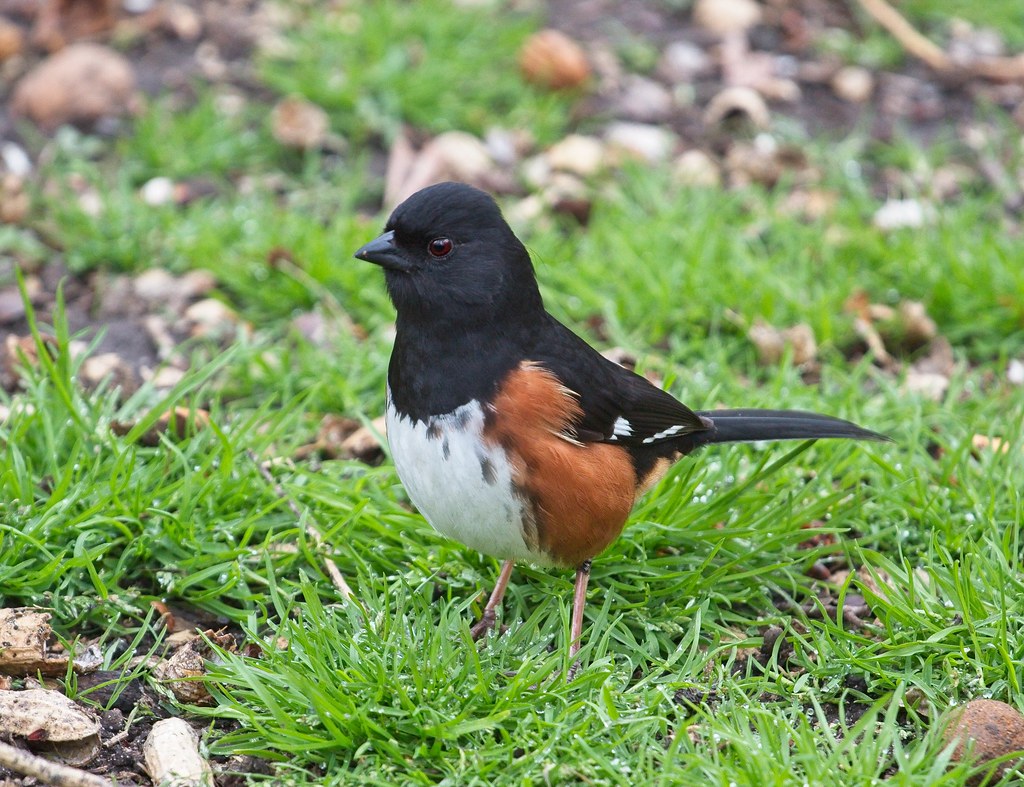 I waited near these spectacular pink cherry blossoms for a bird to pose.  After an hour of waiting, the Towhee finally perched for about two seconds. 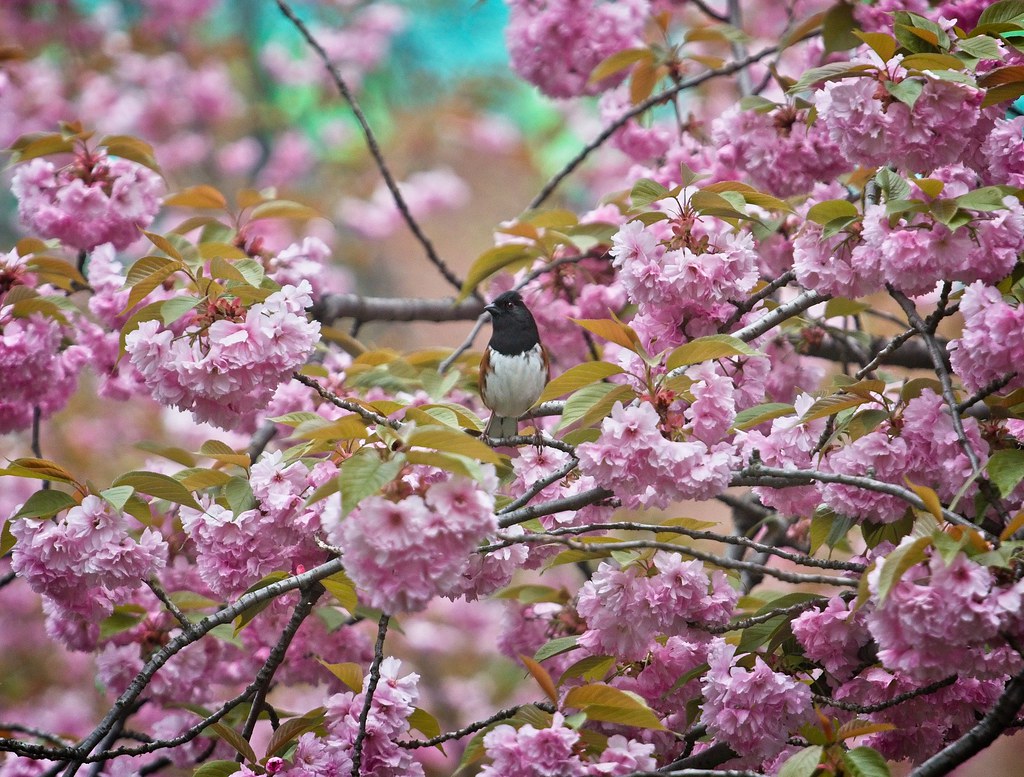 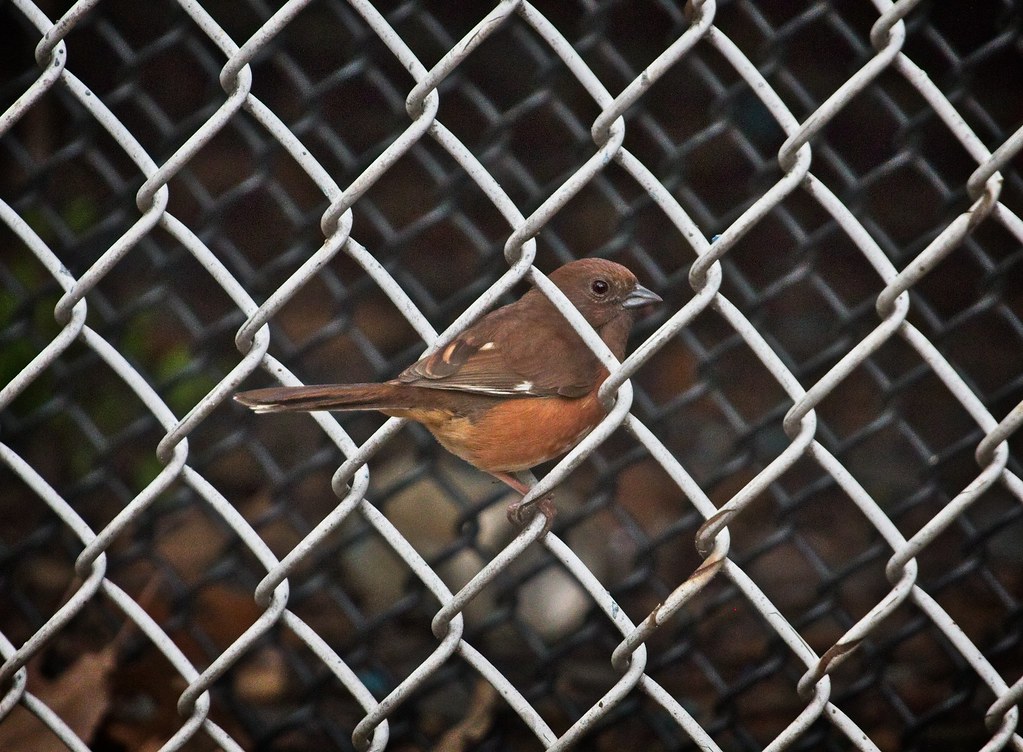 One of my favorites, the Northern Parula.  Their colors really popped on an otherwise dark and dreary day. 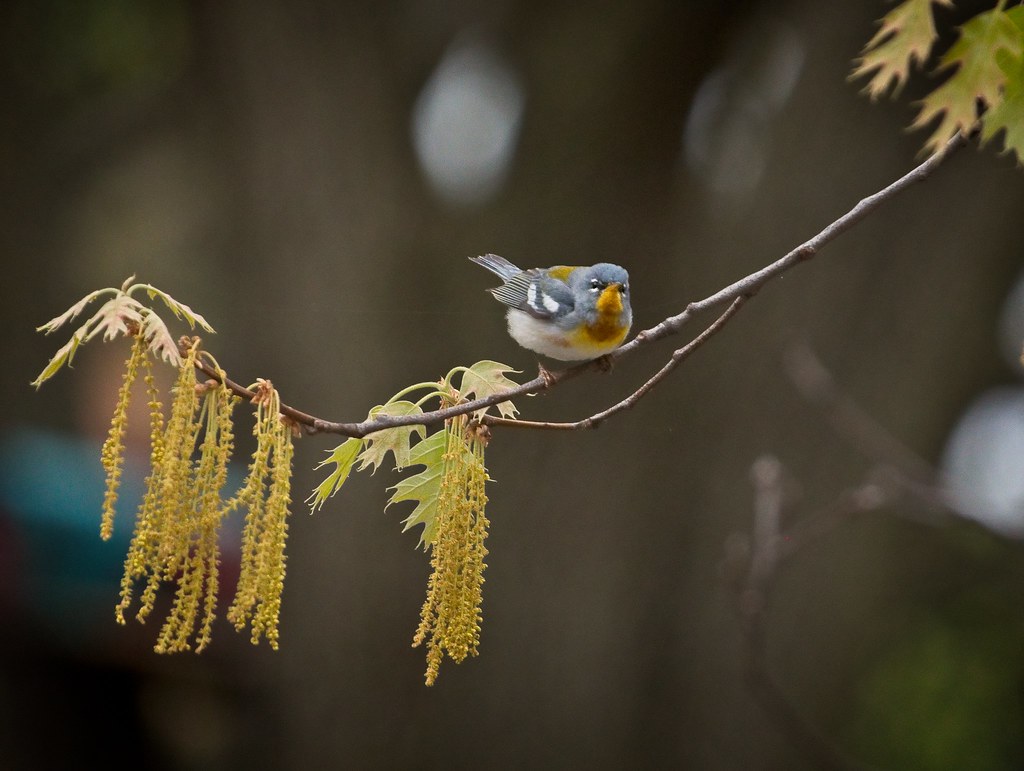 This little guy was stuffing himself with insects found in the leafy branches of a Red Oak tree. 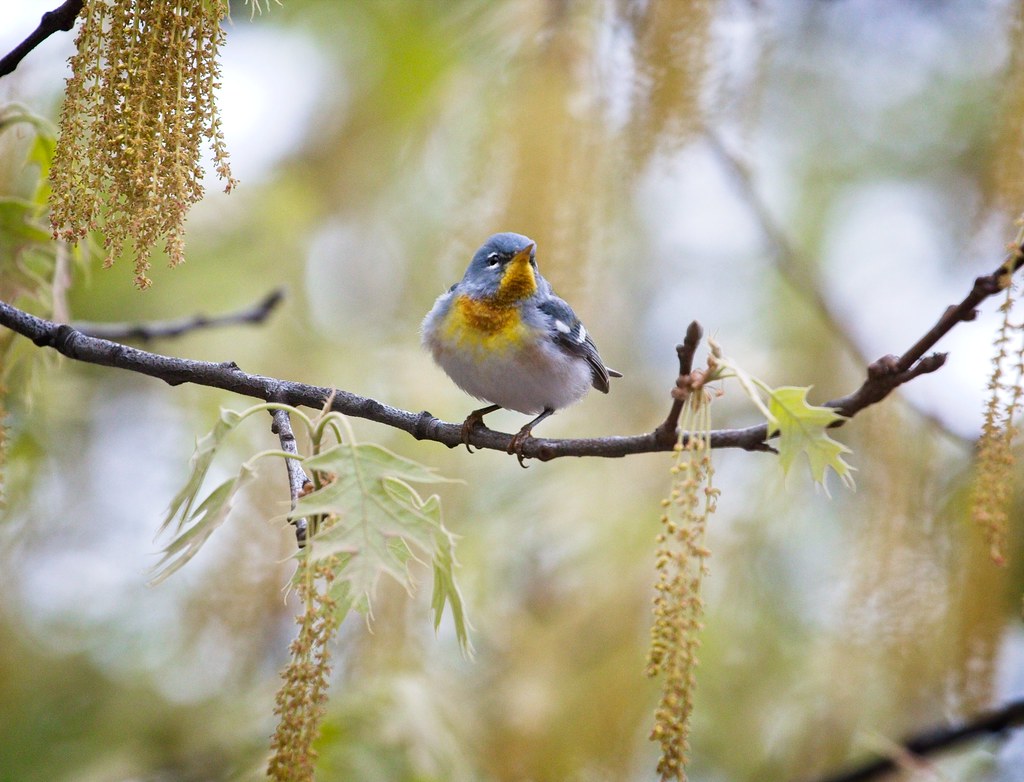 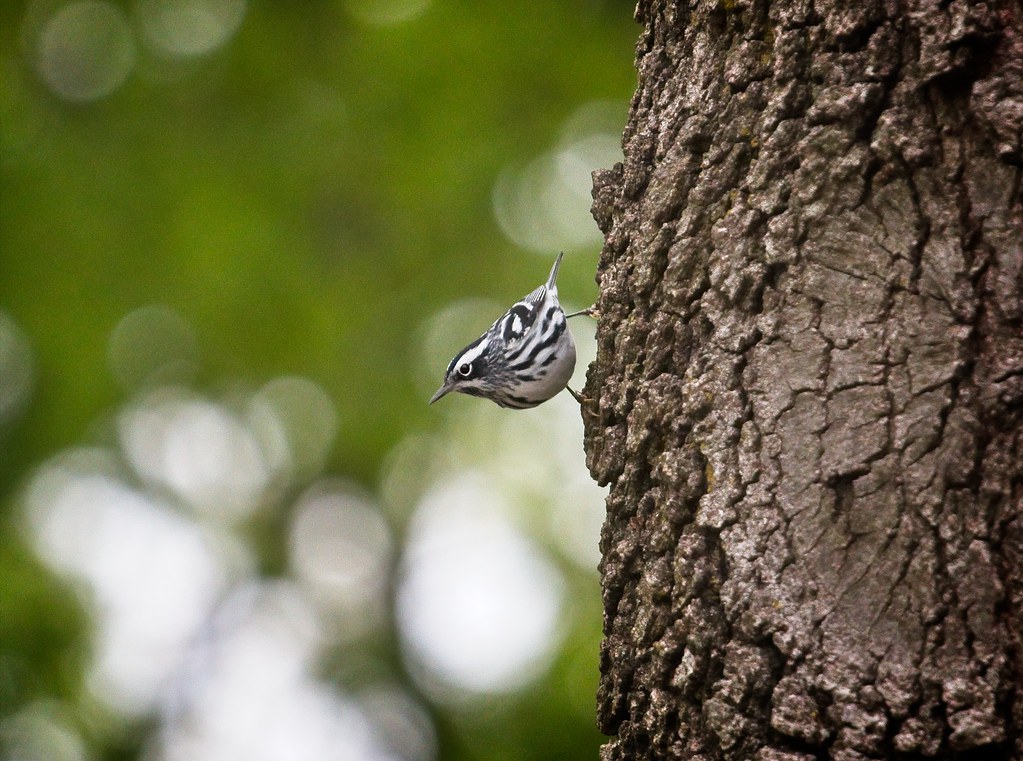 While the Parulas hunted insects in the branches of the oak tree, the Black and White focused on insects found in the bark of the trunk. 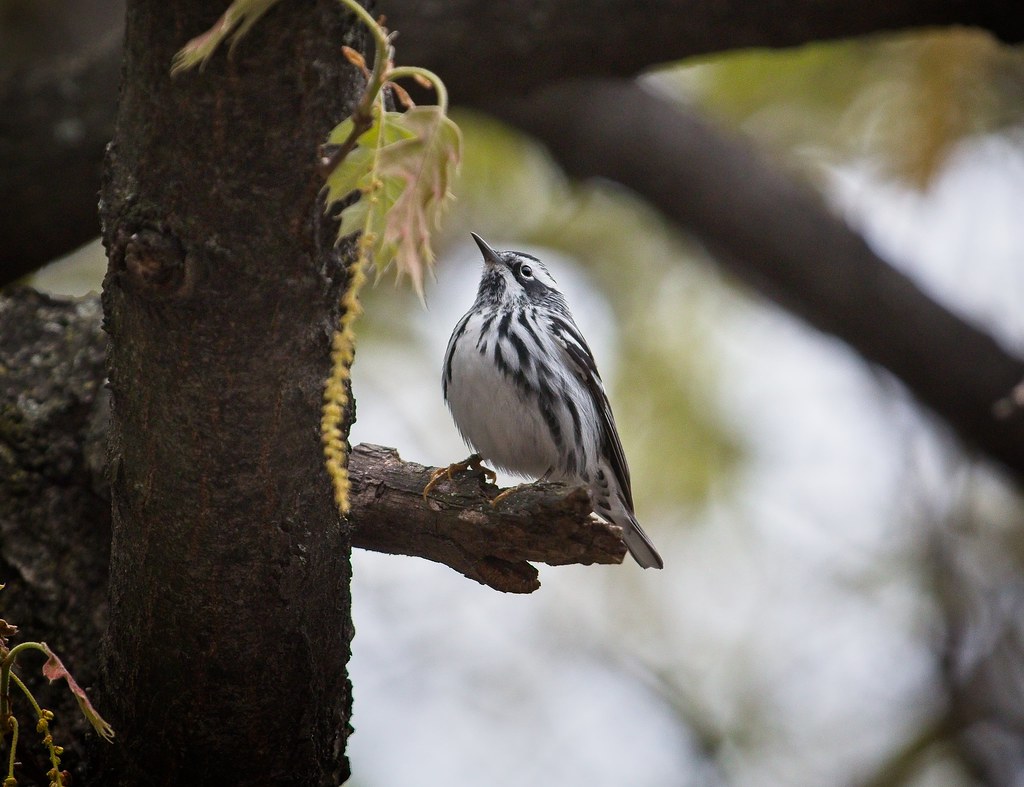 As this is a year-round resident (they also migrate), I often take the Blue Jay for granted, but they really are stunning.  The one below was foraging in the garden at Avenue B and 6th Street. 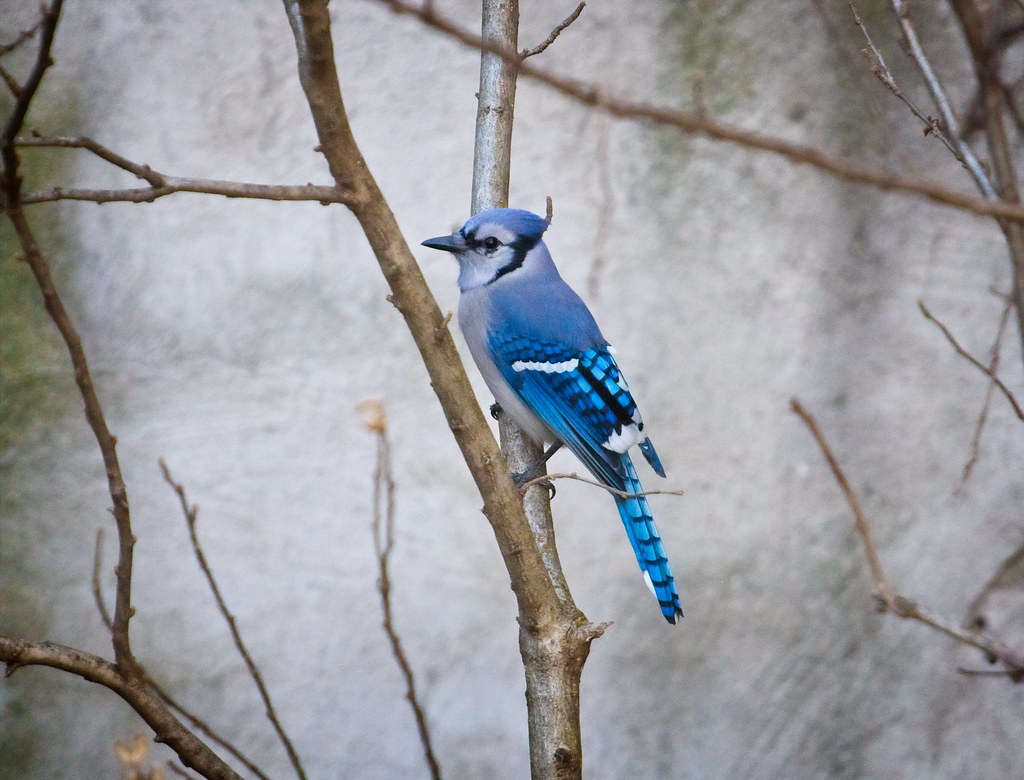 Blue Jays are talented mimics, and I've been tricked many times by jays making hawk calls in Tompkins Square.  I've had some embarrassing moments running across the park thinking I am following Christo, only to find a jay in his place.  Here is an example of a Blue Jay impersonating a Red-shouldered hawk. 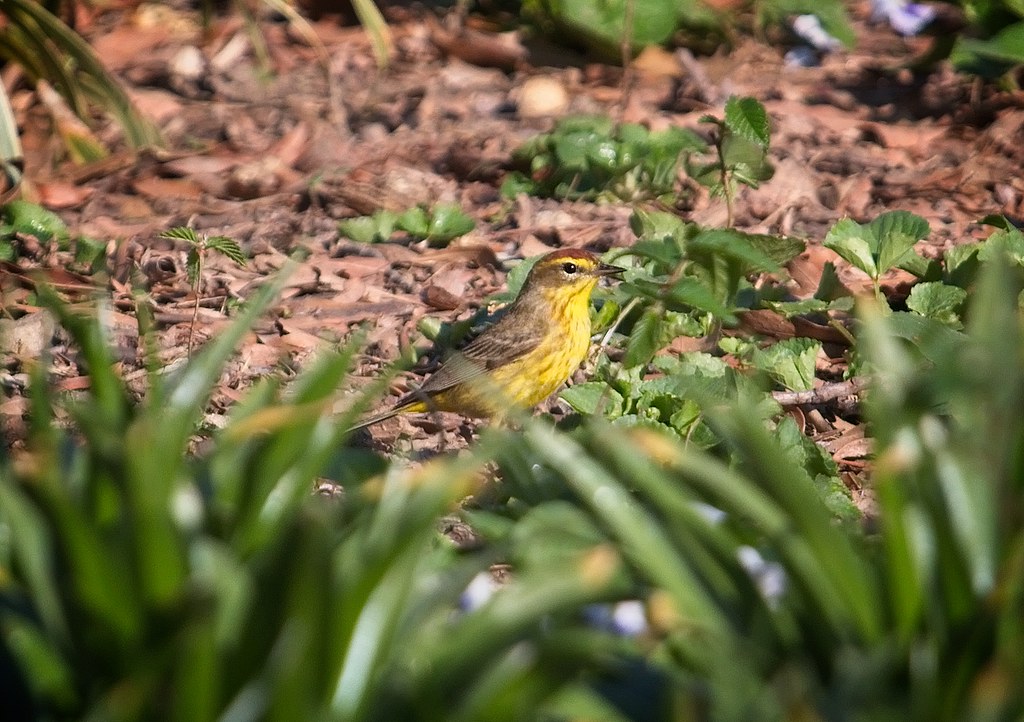 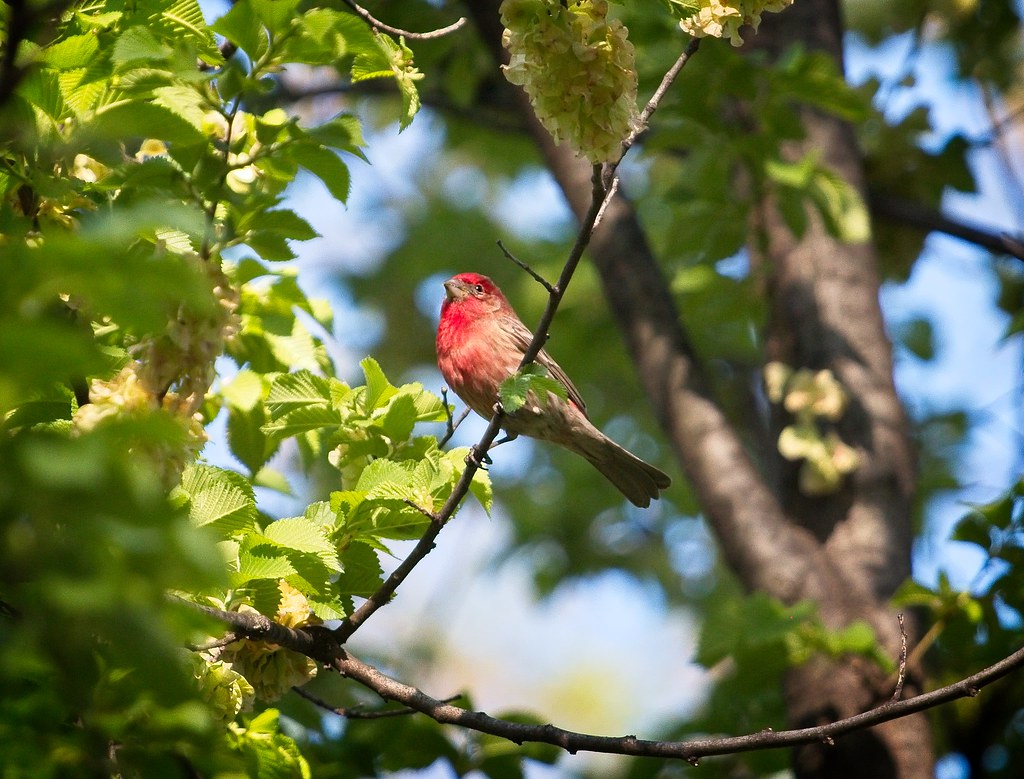 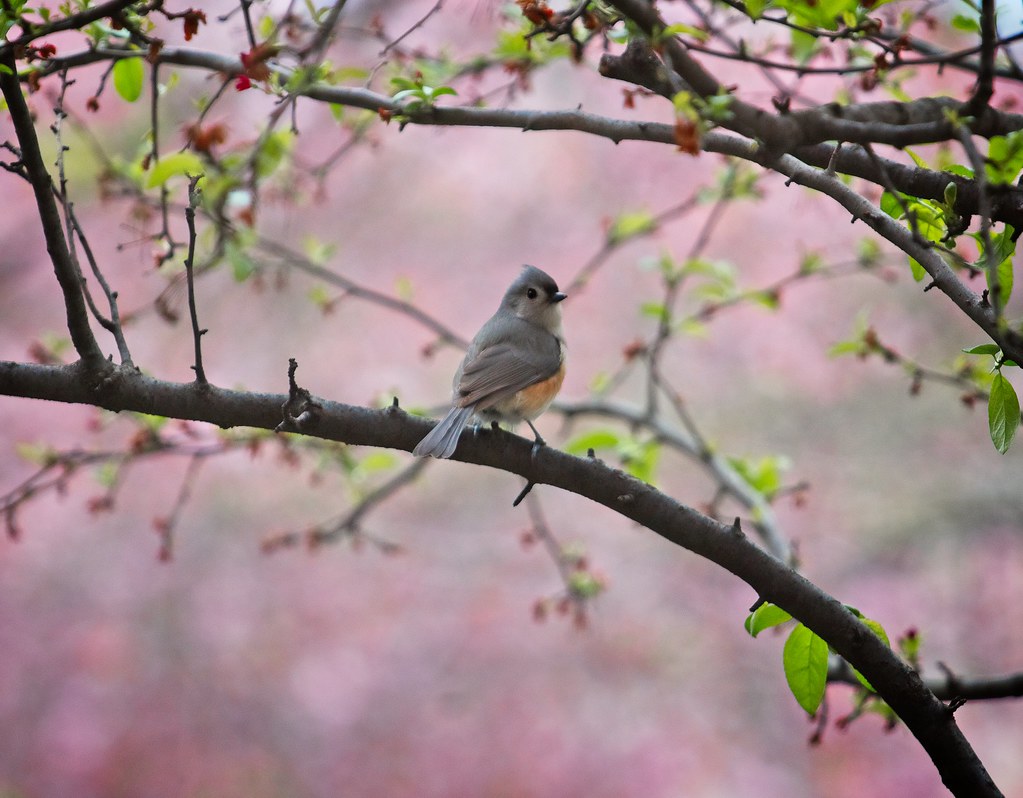 Apparently, Titmice have a thing for hair.  They like to use it in their nests.  Here is a video of one plucking fur from a dog, and another goes for a lady's head.  Hang on to your toupees! 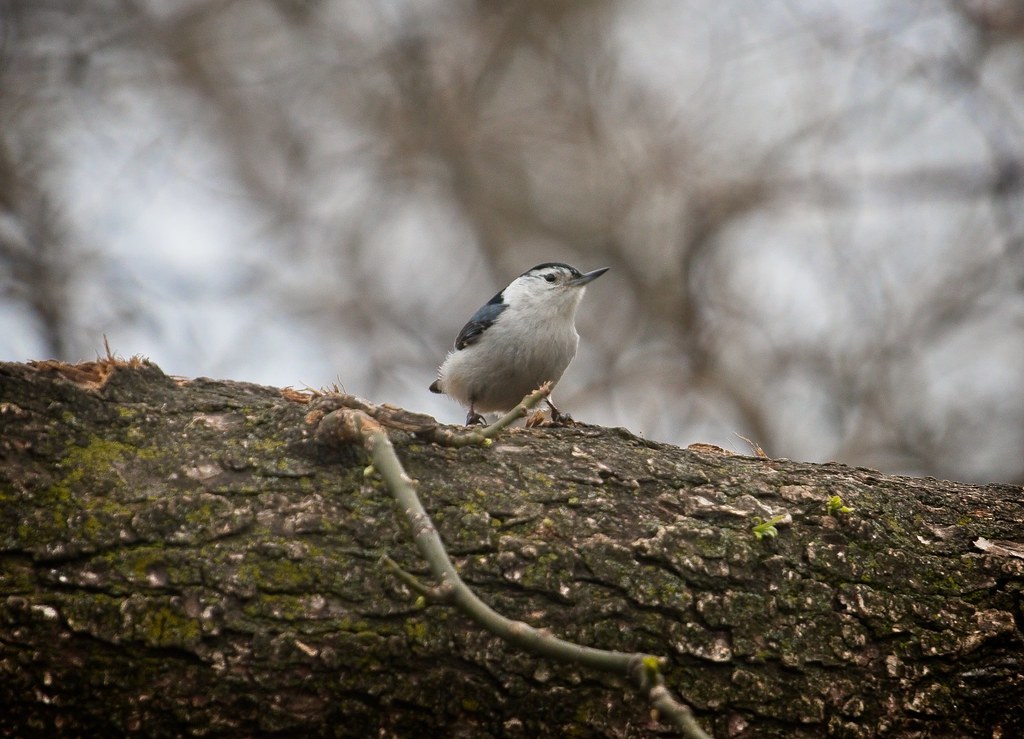 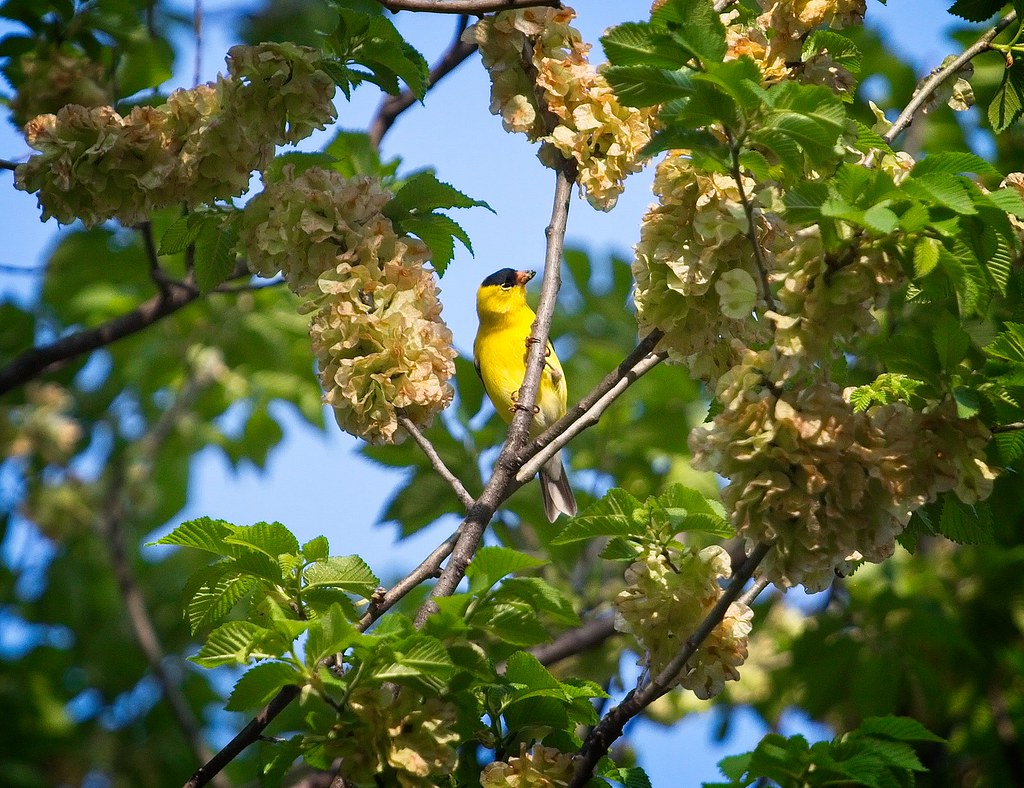 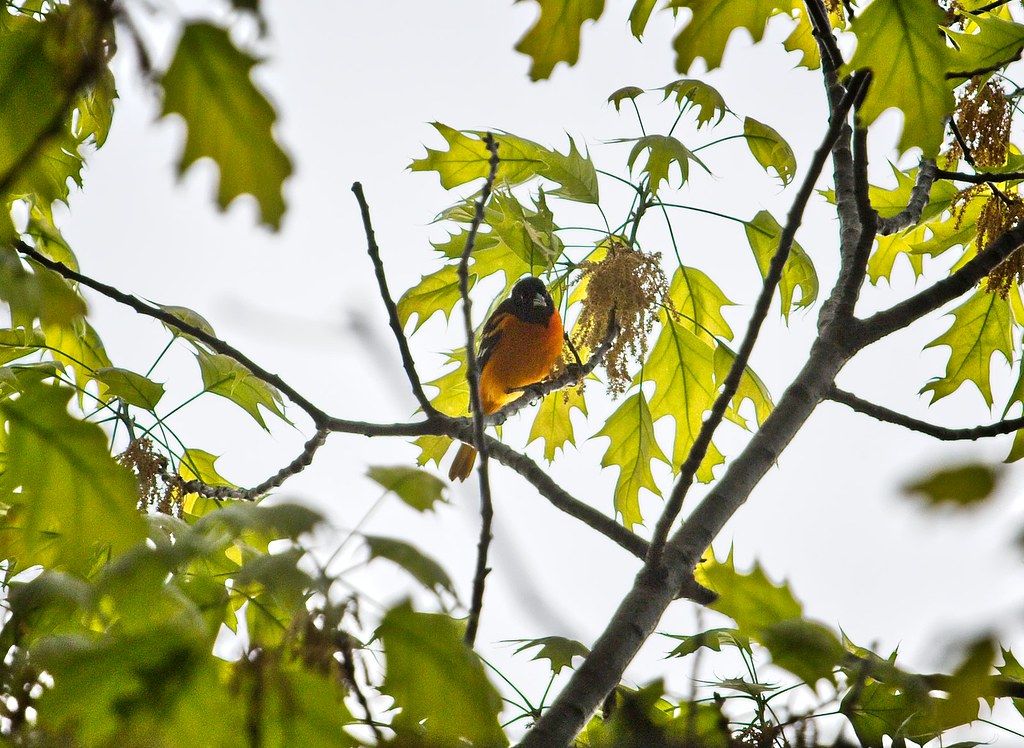 In addition to the Blue Jay, another bird I take for granted is the House Sparrow.  At first glance, they appear boring brown, but they really are colorful, especially the rusty cap on the males.  Of all the birds in the park, I think they are the most numerous and social.  They're always willing to pose for photos. 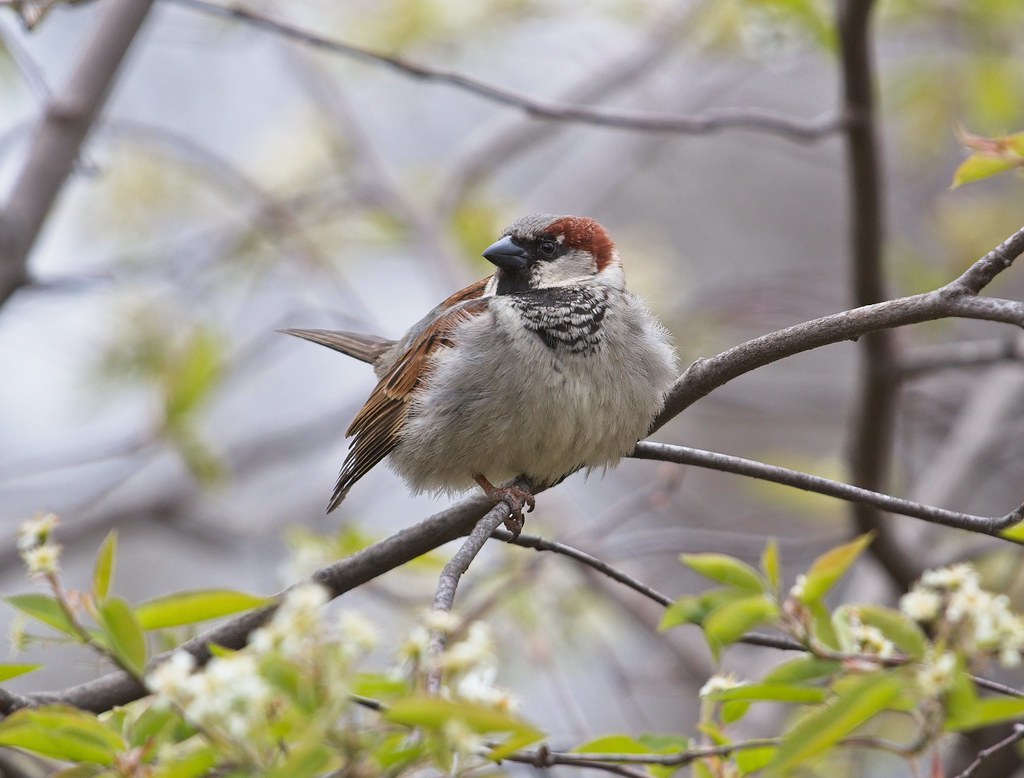 Is this my good side? 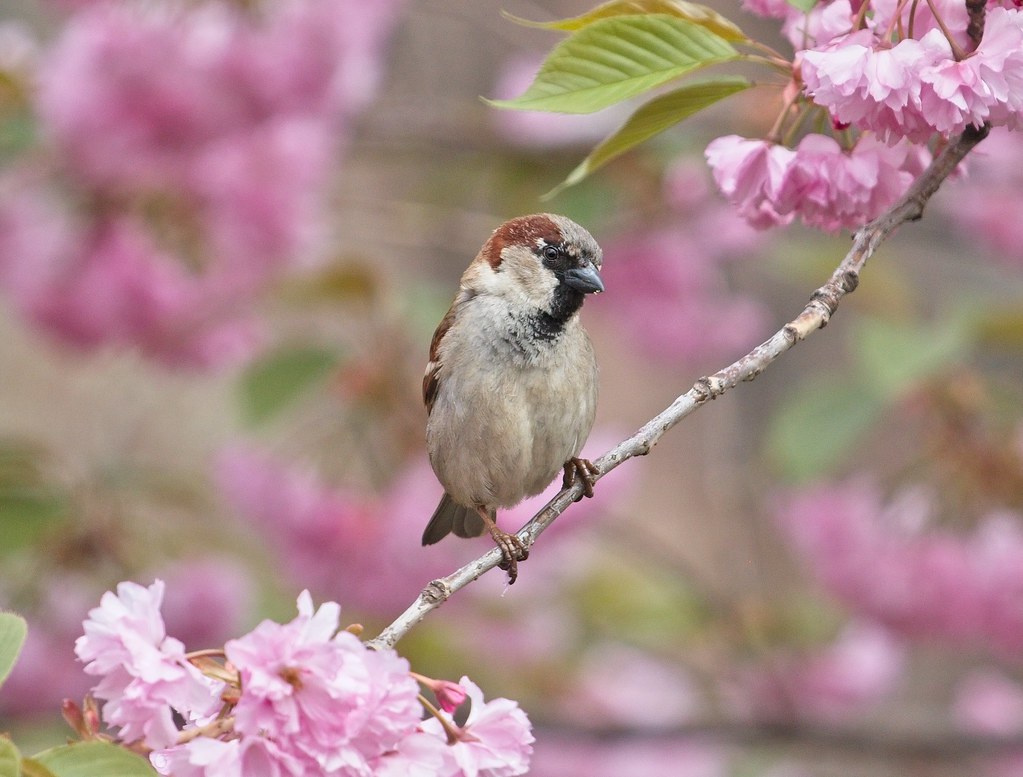 I've been seeing more Grackles in this city this year.  I really love their iridescent blue and purple feathers that contrast with their bright yellow eyes. 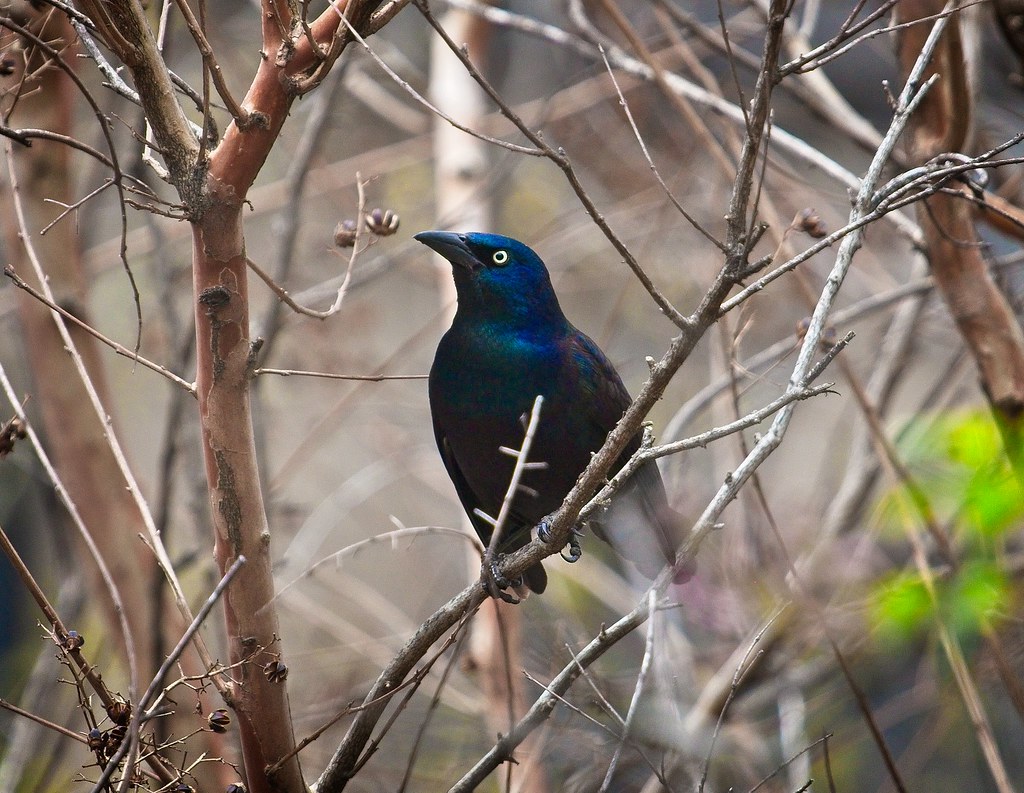