Are we there yet?

Memorial Day weekend was a bust as far as weather goes - cloudy, dark, cool and dreary. I had very little energy and it seemed the Tompkins Square hawk family didn't either. The baby didn't move around much, not even when several punk bands played in the park Saturday afternoon. I'm hoping the hawklet decides to explore the tree soon as it should be ready to fly in just a couple of weeks. 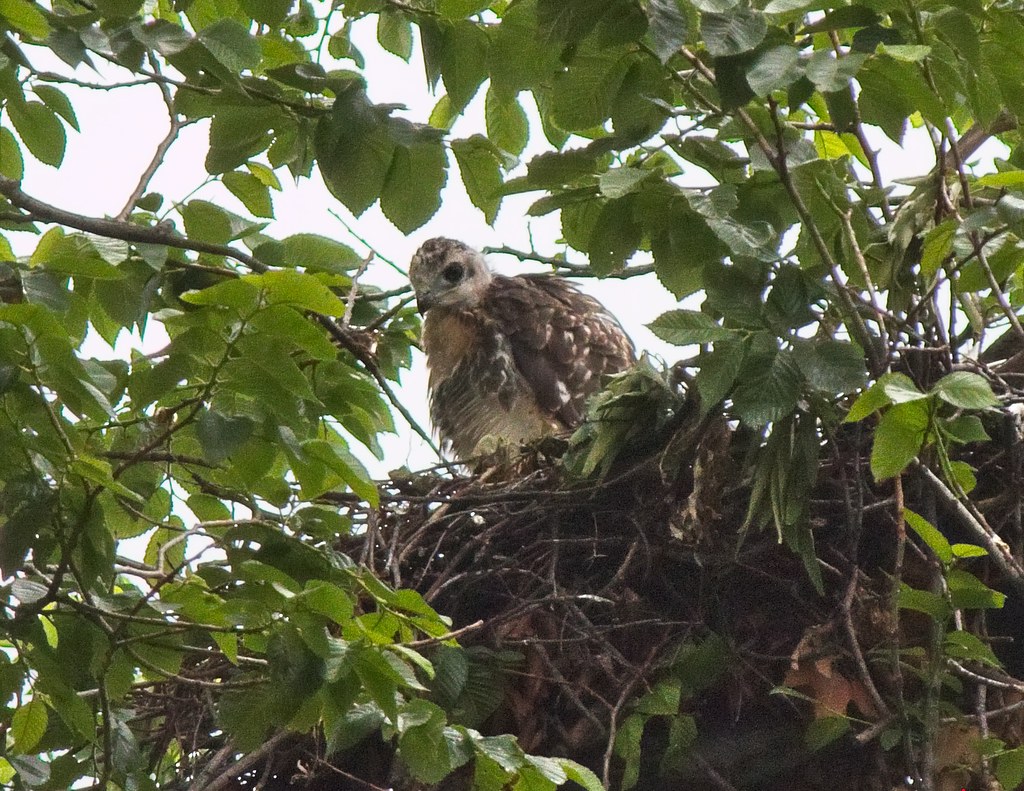 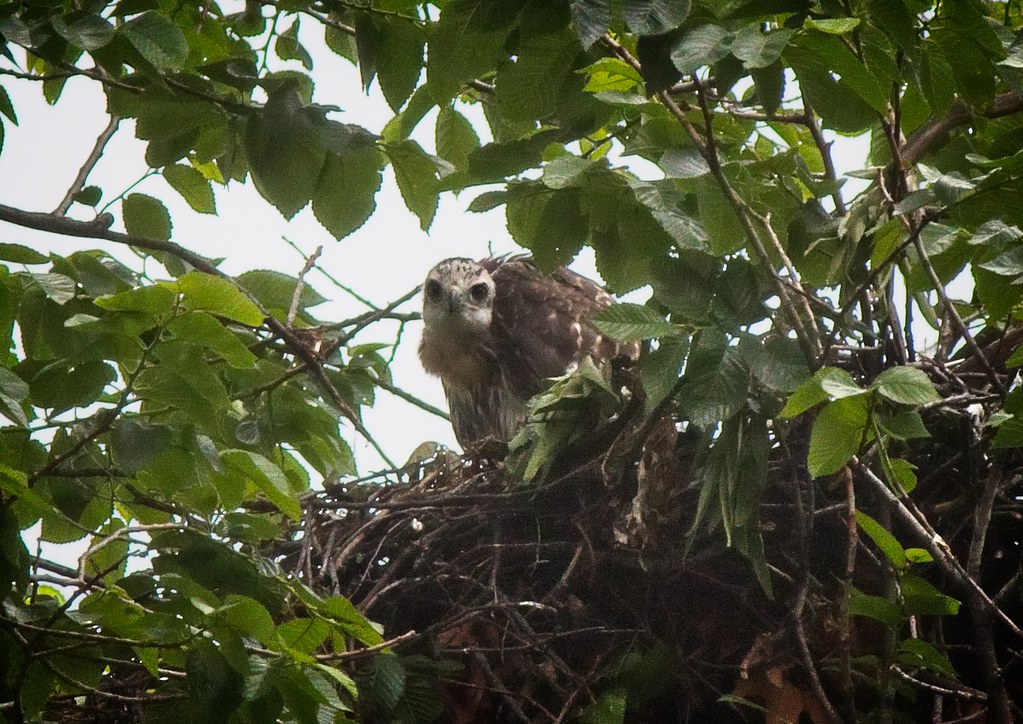 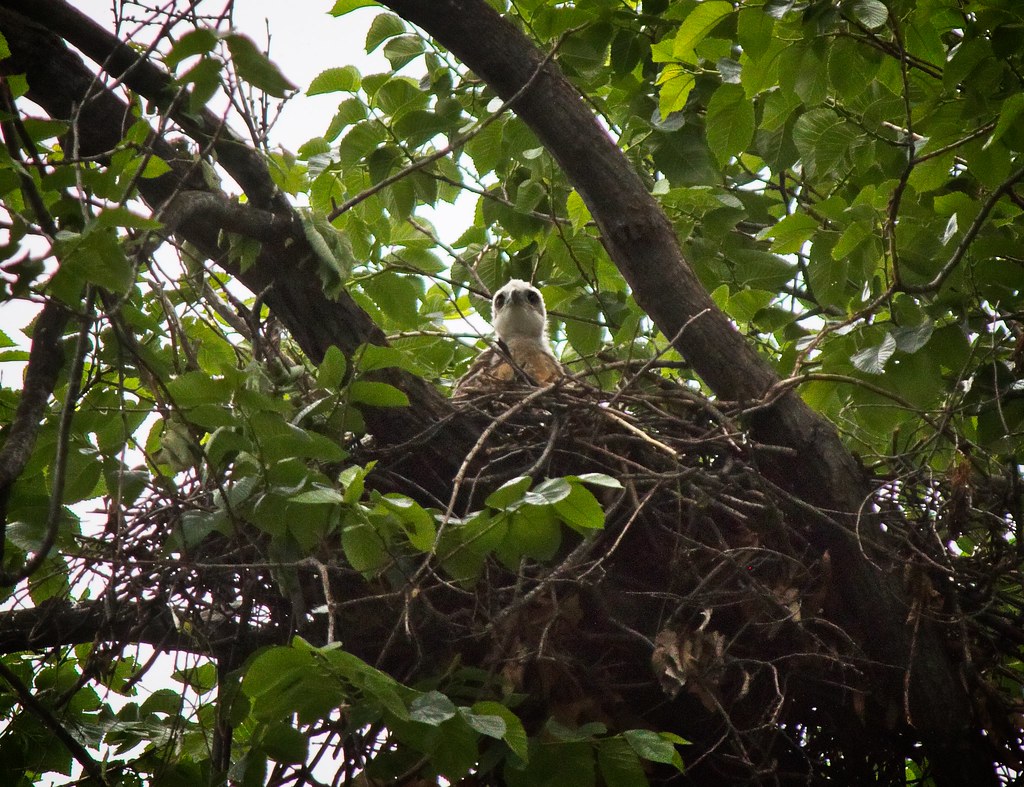 One new development is the nestling is showing some peachy color on its chest. 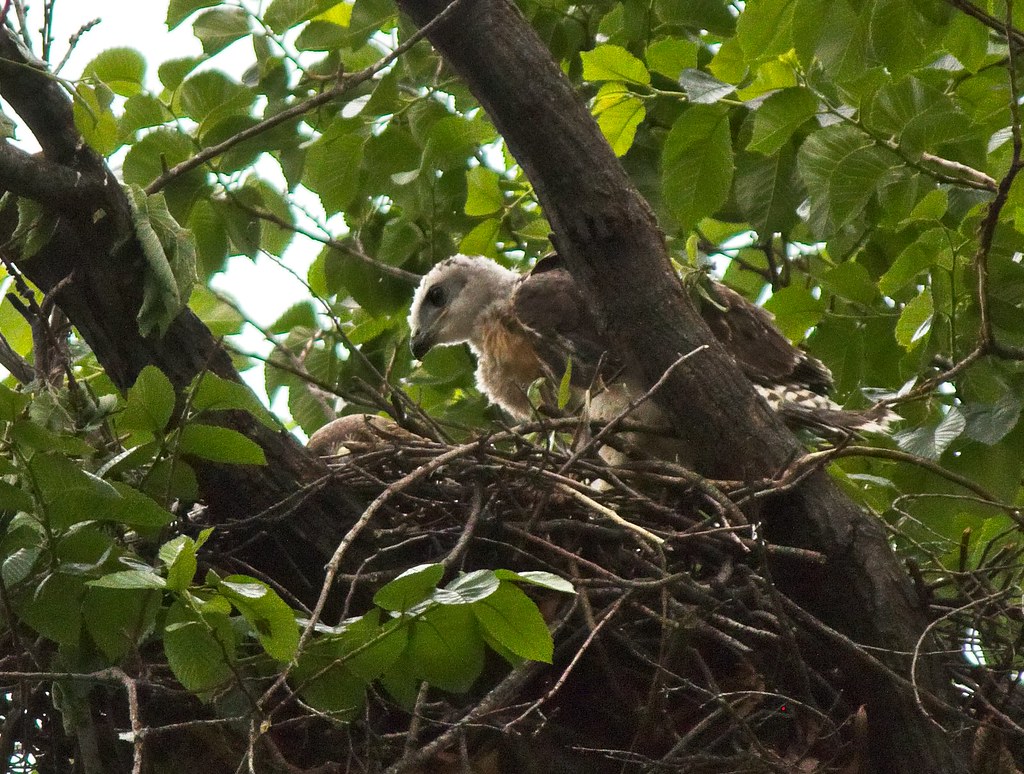 And the wing and tail feathers look to be growing in nicely. 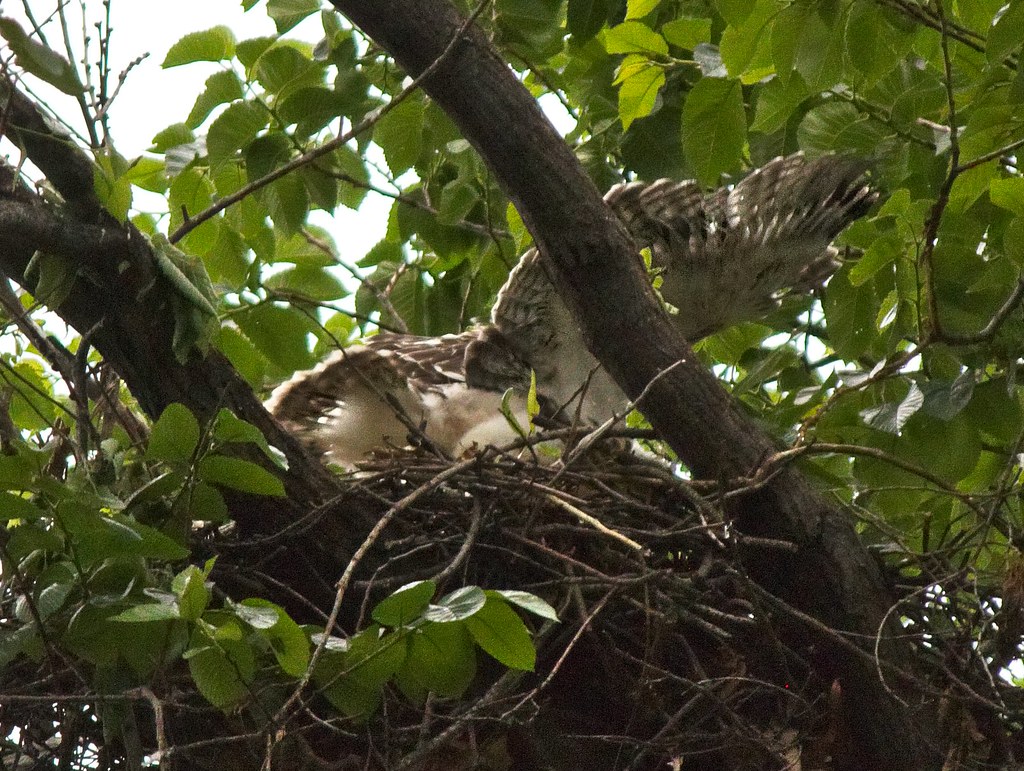 The only real activity I caught over the weekend was Christo being hassled by blue jays. They've been relentless with him recently, chasing him all over the park and hitting him hard on the back and head. The bullying drew quite a crowd Saturday afternoon when Christo perched on the fence overlooking the skateboard area and a jay gave him a good pummeling. 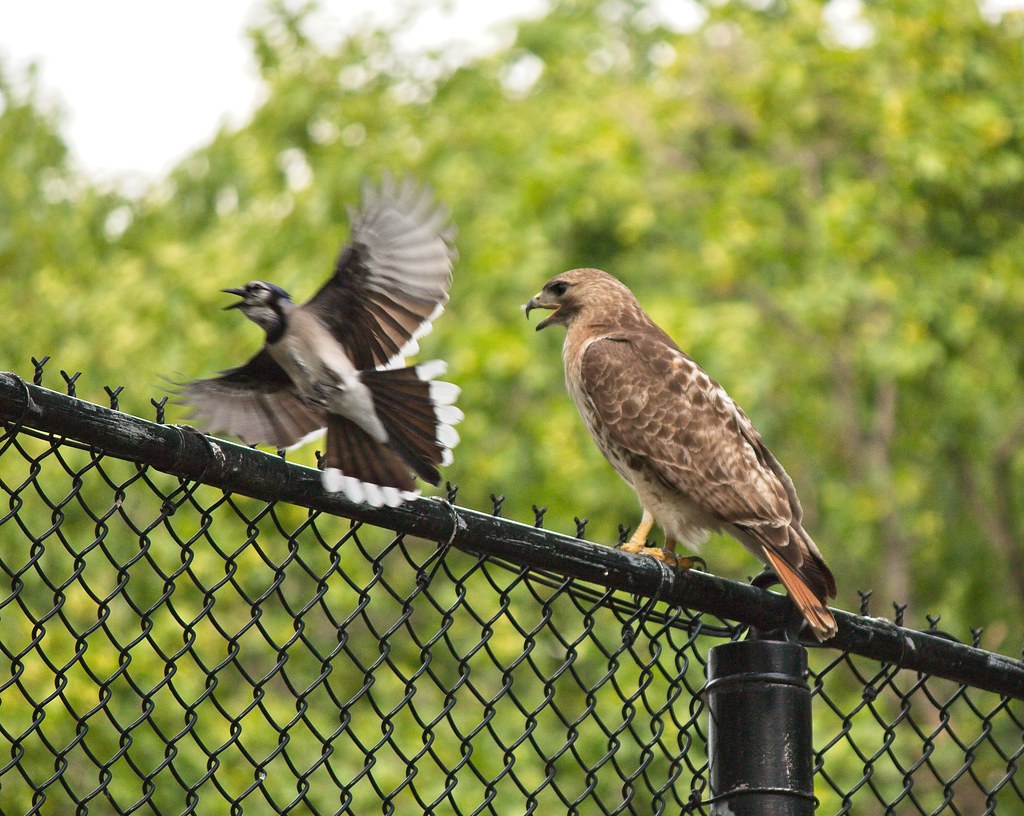 The hawks usually have a fuse a mile long, but this time, Christo lost his patience. 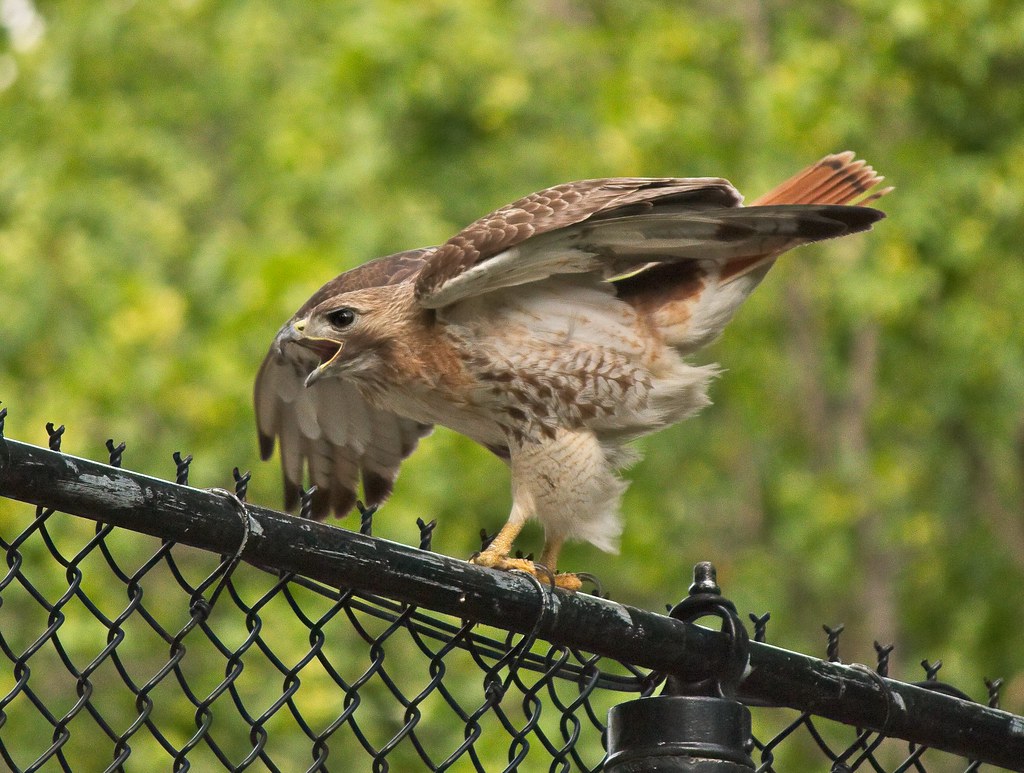 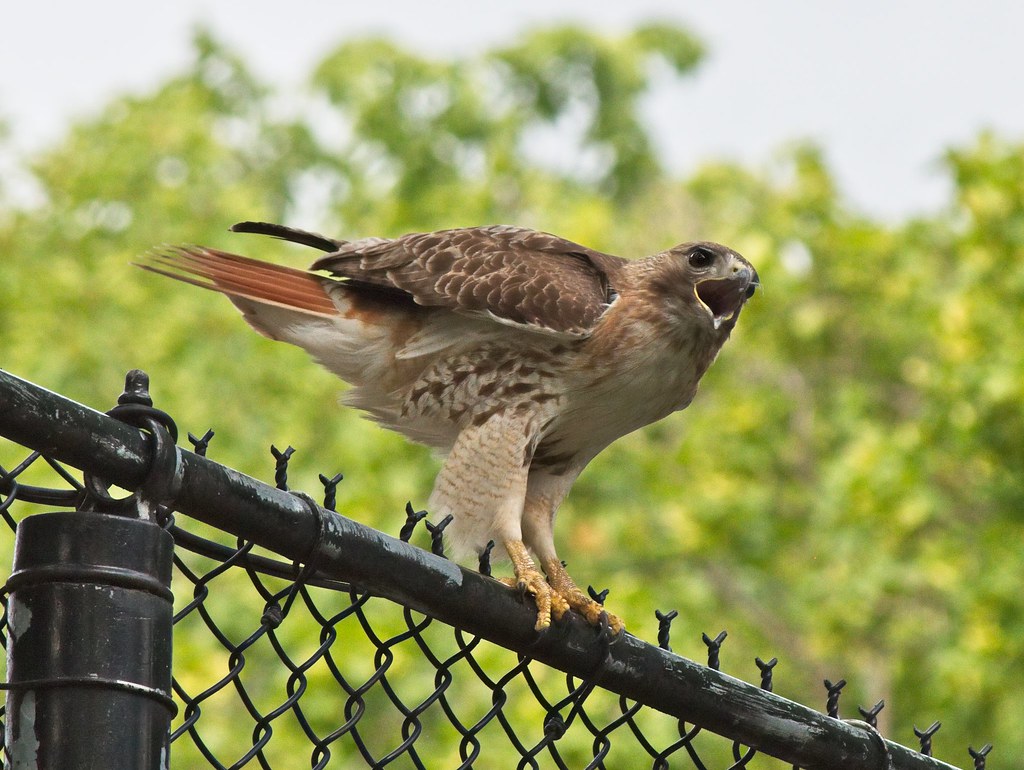 He cried and hopped around on the fence, but wouldn't fly away. Eventually, it became apparent why. He dropped down to the pavement on the other side of the fence and watched the skateboarders for a minute before casually walking over to a pre-dead pigeon that was on the ground. 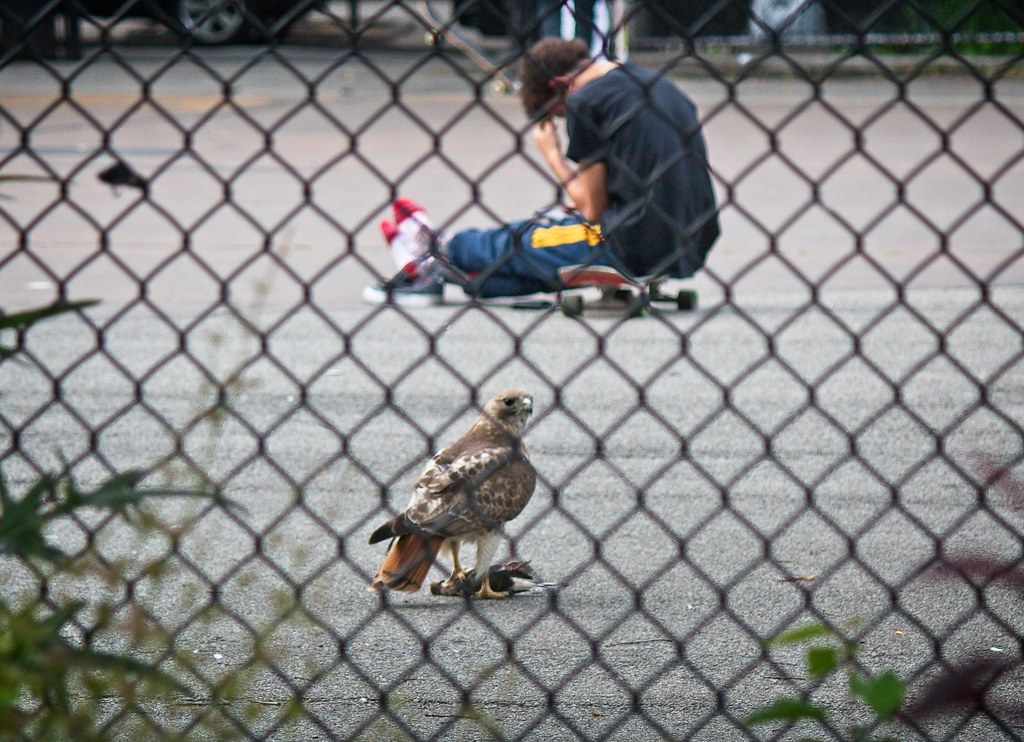 Christo put his foot on the pigeon, but continued watching the skateboarding for a short while before taking the pigeon back to the nest. I've observed Christo watching sports many times before - he seems to prefer skateboarding and basketball, but he's also taken in a few softball and hockey games. Dora watches ping pong from the nest tree. I think they like any kind of movement.

Around the rest of the park, it's baby bird time. The sparrows, robins and starlings have been busy feeding their kids. Some are very demanding, like these starlings (below). By comparison, the baby hawk is extremely mellow. 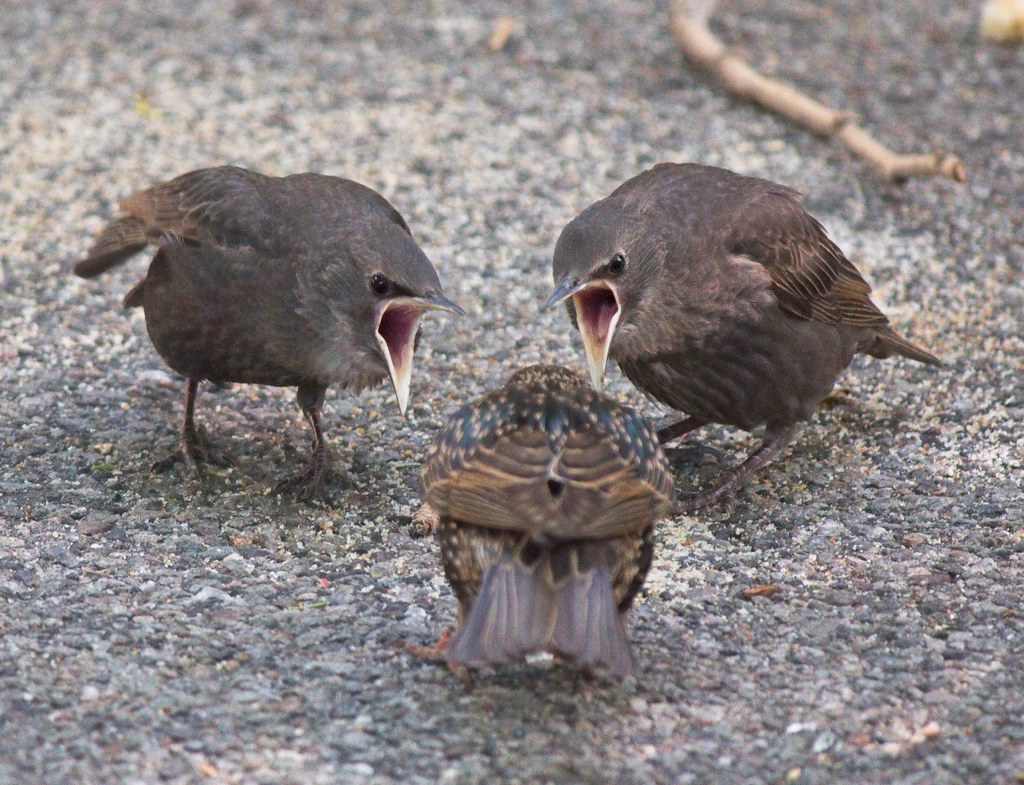 I'm hoping there will be more interesting hawk activity in the next week or so. Stay tuned...