I had my first good look at the Tompkins Square hawk nestling over the weekend and it's clear this is Christo and Dora's only offspring this season. 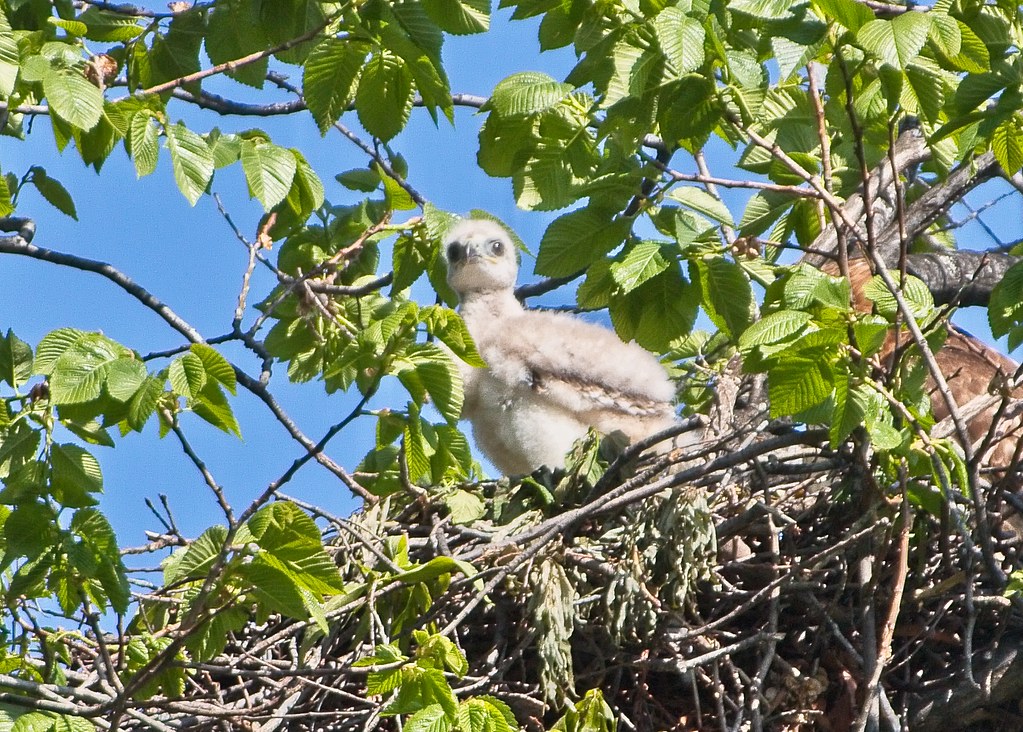 I'm estimating the nestling hatched on/around April 19, making it four weeks old.  We can also use the Washington Square hawk family as a guide as Tompkins is usually a few days behind them.  This year, their first hatch was on April 16.

The Tompkins nestling is still very downy, with a few pin feathers starting to grow in on the wings. 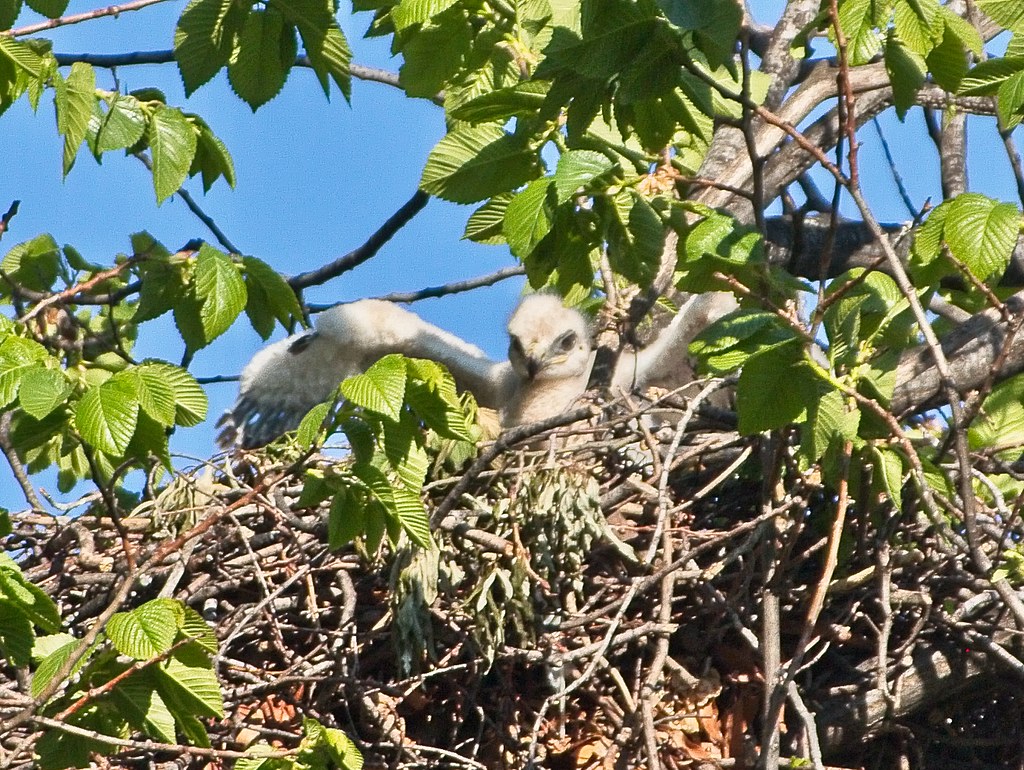 Detail of the pin feathers: 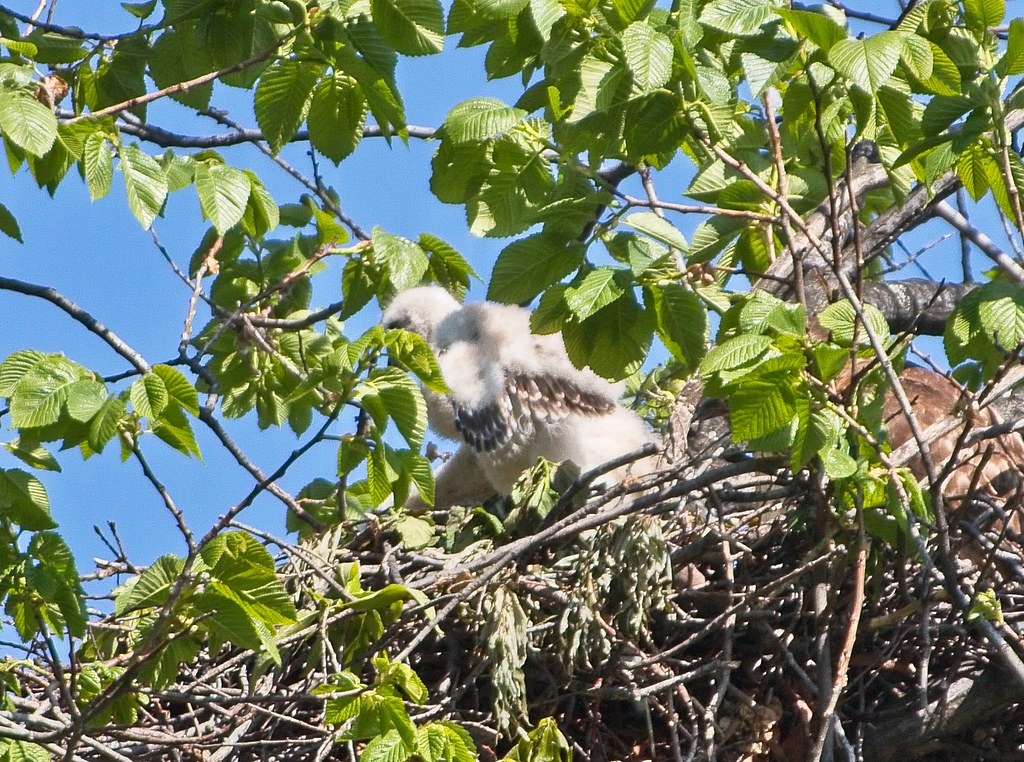 Mom Dora preens the little one. 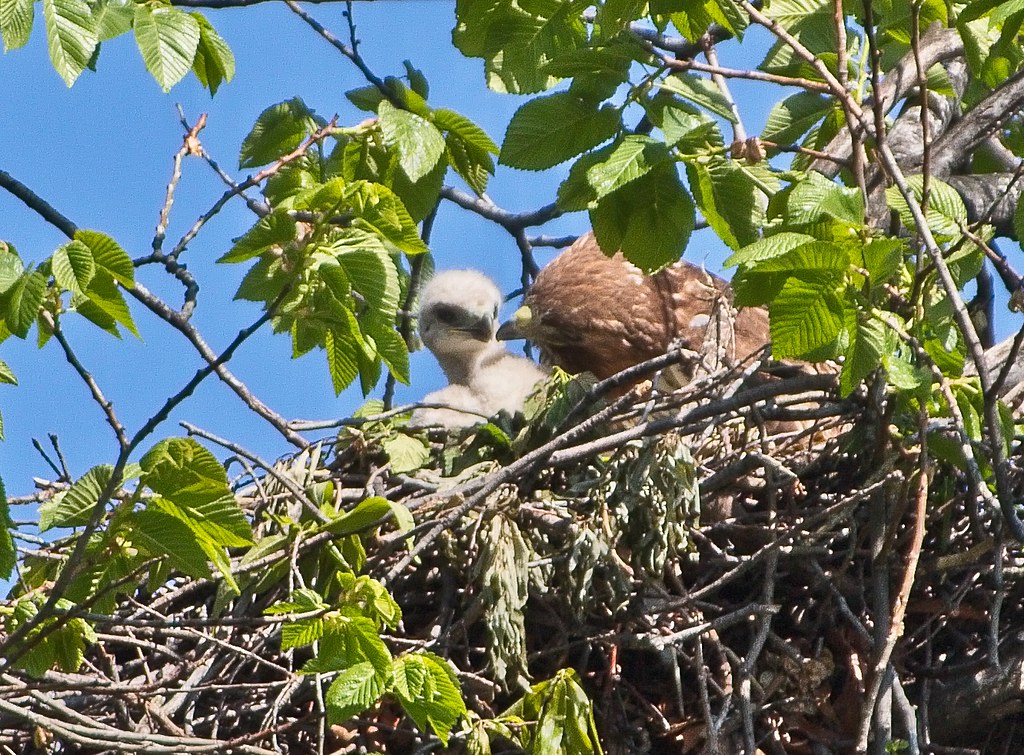 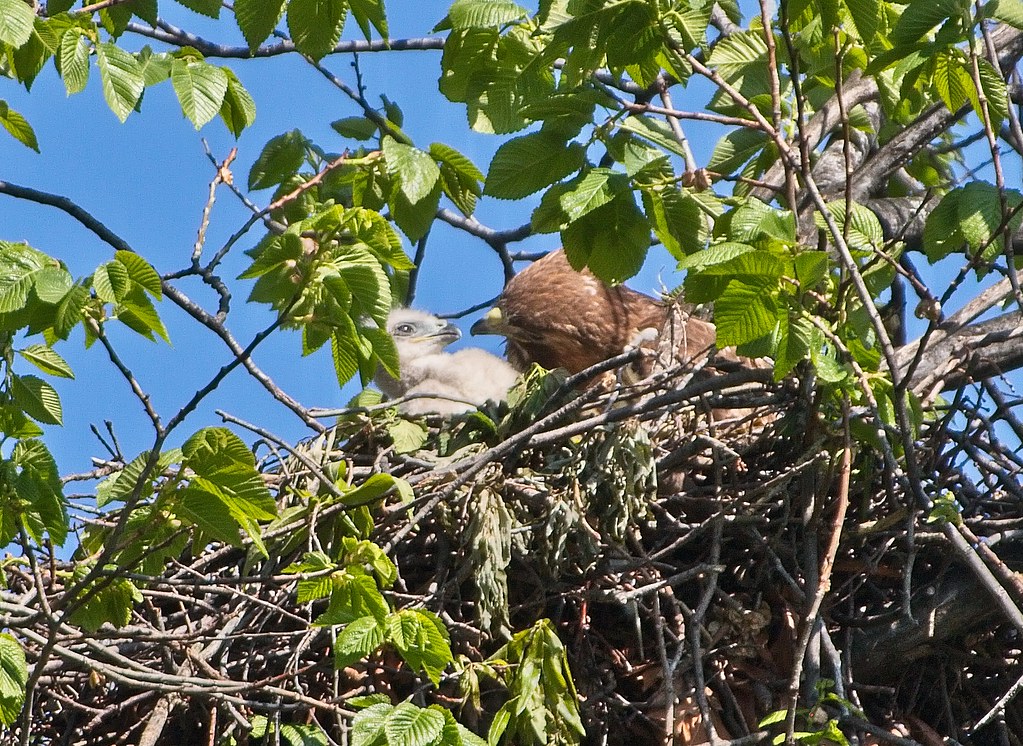 At one point, Dora made a trip to the cellar and inspected the underside of the nest.  I wondered if a squirrel could have snuck in, or if she was just reinforcing the nest from below. 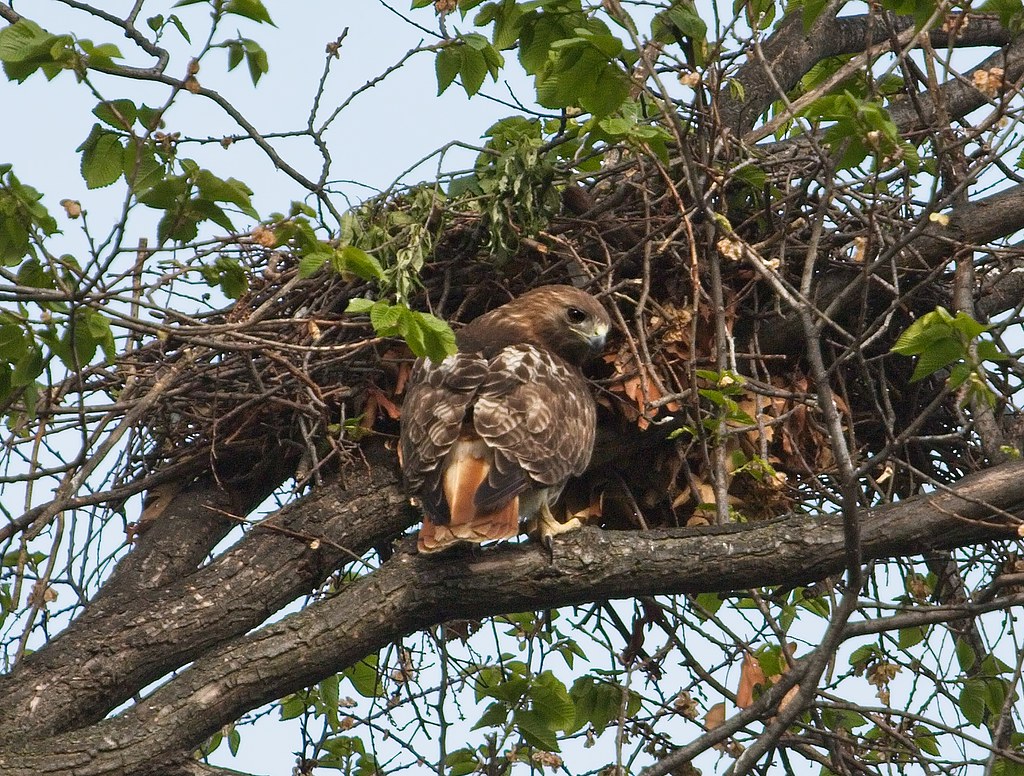 One reason the nest needs constant maintenance is the windy weather we've had recently.  Although Sunday was a beautiful calm day, there was a freak squall around 3pm with high winds and rain.  I took some video of Christo and Dora hanging on to the nest in the wind.  Just as Christo (left) loses his balance, he grabs a squirrel carcass from the nest and rides the wind out of the frame.  I, too, had to run for cover as it was too dangerous to stand underneath the trees.

The storm lasted less than ten minutes, then the sun returned as if nothing ever happened.

This nesting season has seen a lot of bad weather and I have to wonder if it has played a role in the hawks only having one baby.  Dora laid the first egg on or before March 14, when there was a blizzard.  I am assuming she laid more than one egg.  It's possible there was only ever one, but I doubt it (this is pure speculation on my part as we have never been able to see into the nest).  Following the blizzard, there were at least two major wind/rain storms which could have damaged eggs or the nest.  It could be that there were other eggs that never hatched.  Or, they could have suffered a situation similar to Washington Square where eggs did hatch and the chicks died.  Again, this is only speculation, but Christo and Dora have had three kids for each of the last three years, so it's odd they only have one this year.  Or, maybe it's perfectly normal, I don't really know.

With only one kid to feed, Christo has been much more leisurely with his hunting.  I found him late one evening behind the park offices, checking out a dead squirrel under a bench (squirrel not pictured). 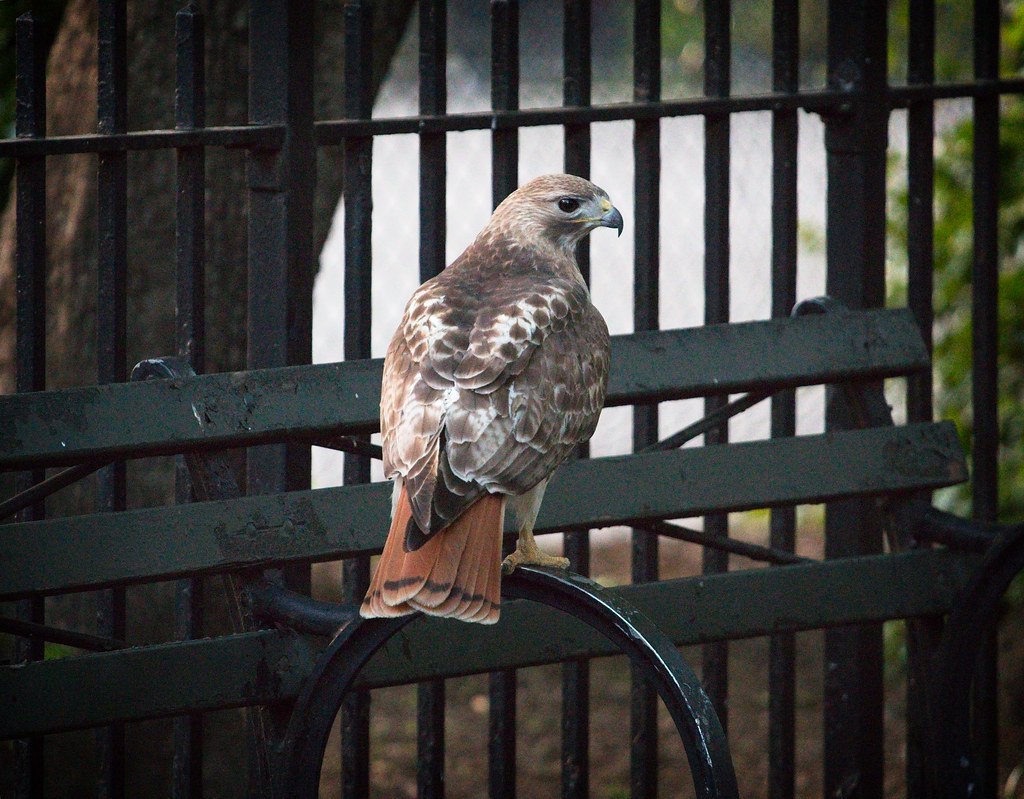 He hopped down to the squirrel, which was in a pretty bad state.  Christo thought better of it, let go of the rotting squirrel, and went and caught a live rat instead.  Only fresh/hot food for his kid! 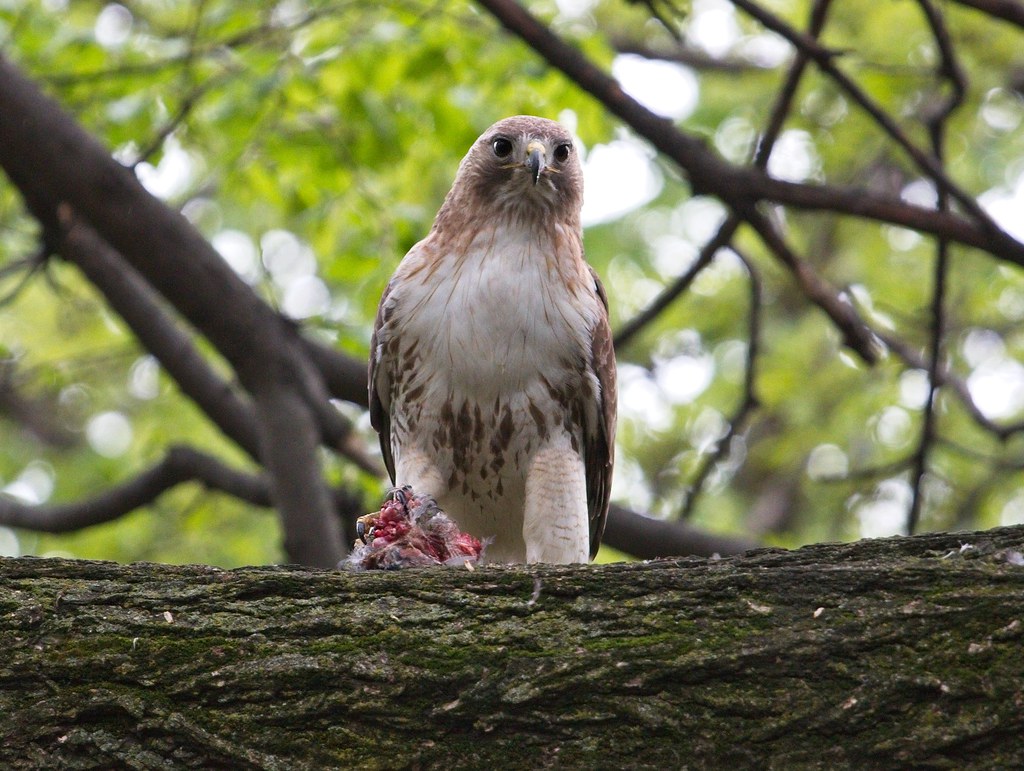 Below, Christo delivers a pigeon drumstick. 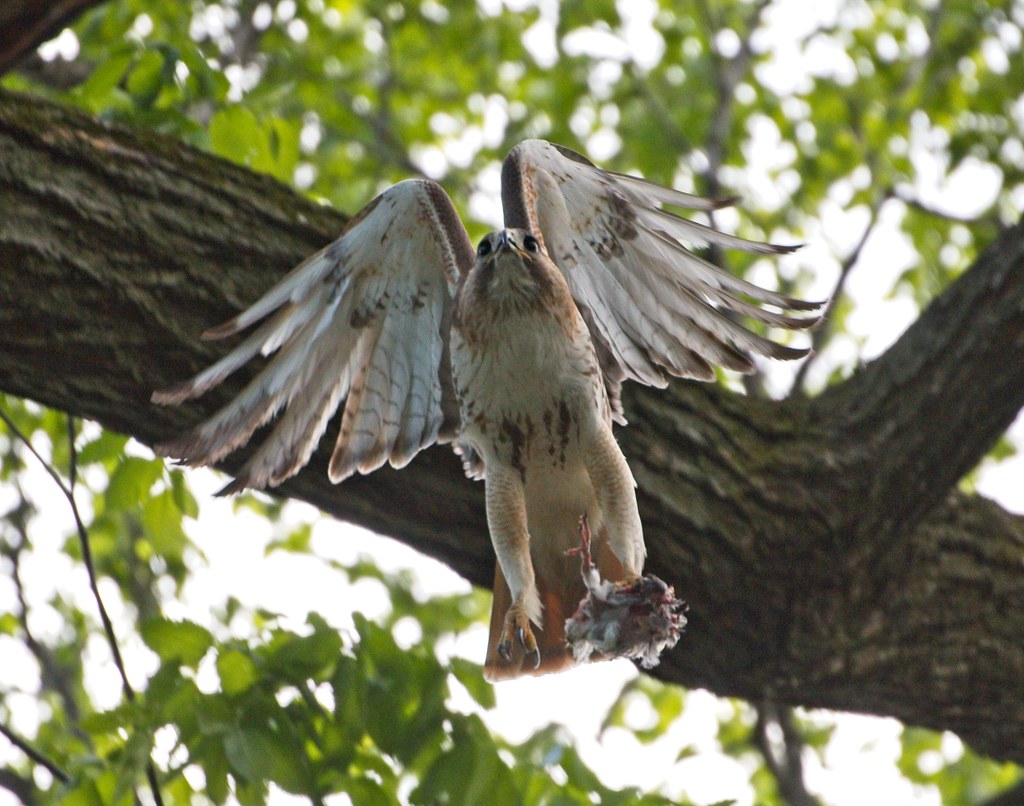 The below photos were taken late today. 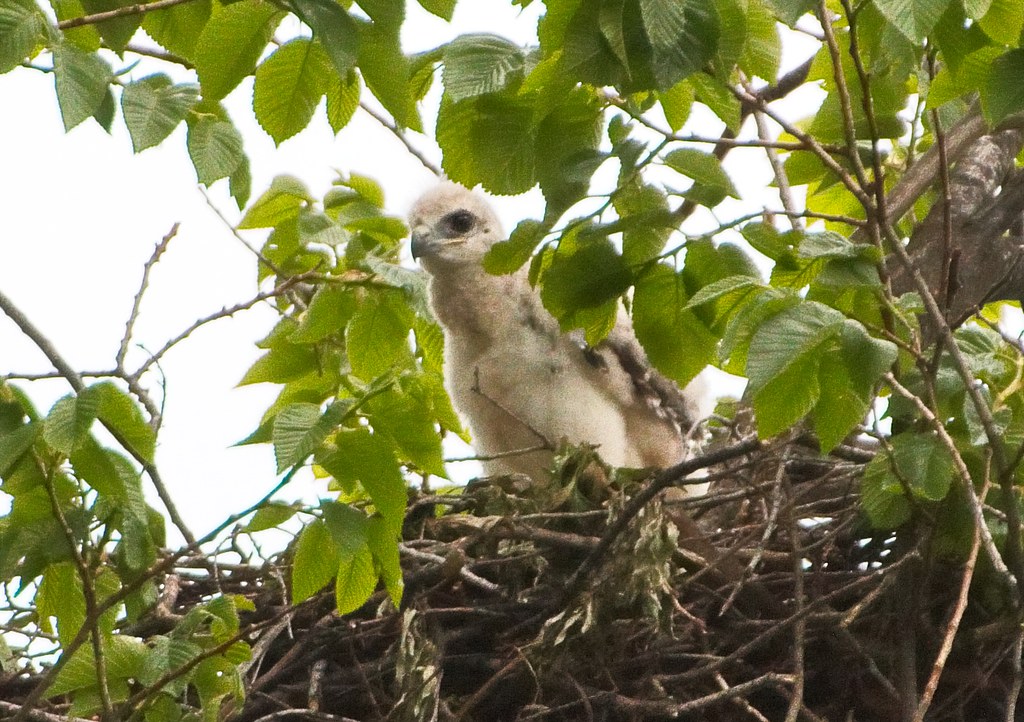 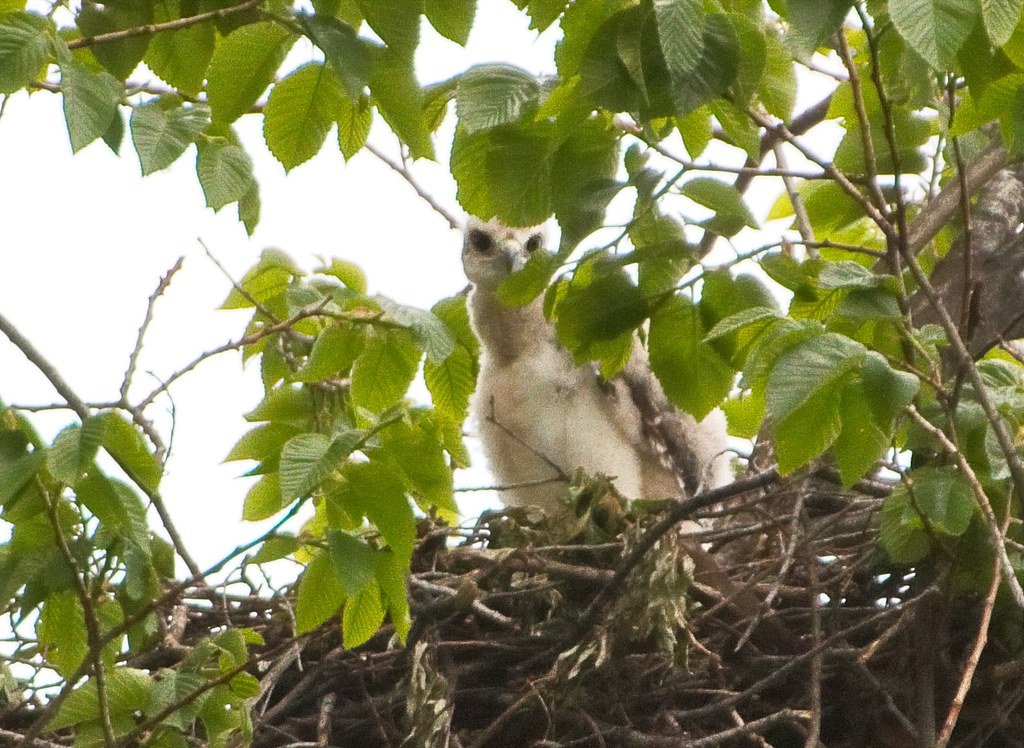 We can expect fledging in early June. To relive some past fledge moments, check out these posts from 2016 and 2015.