With all the attention Flatbush, the adopted Tompkins Square hawk fledgling has been getting, the hawklet who was born in the park deserves some love.  The last time I had a good look at the young hawk - I'm calling it Ten - it seemed a bit shy.

But take a look at Ten now! 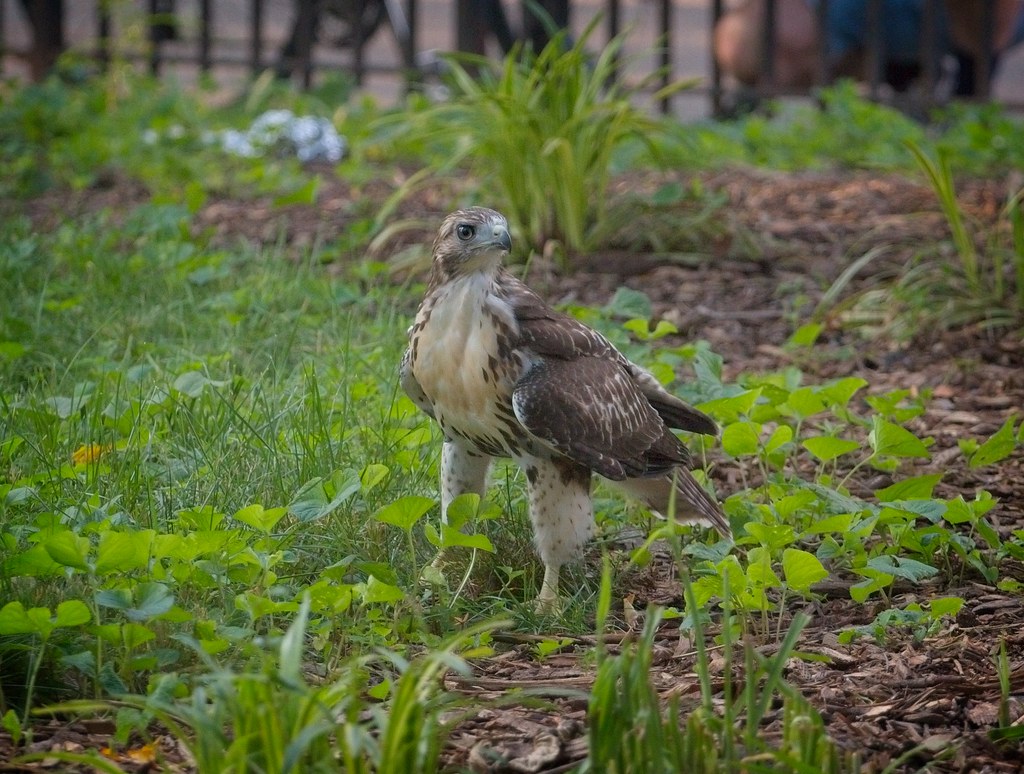 The hawk is suddenly big, comparable to mom, Dora.  In fact, I mistook the fledgling for Dora when I saw it perched in a tree over the weekend.  Due to the large size, many are speculating the hawk is female. 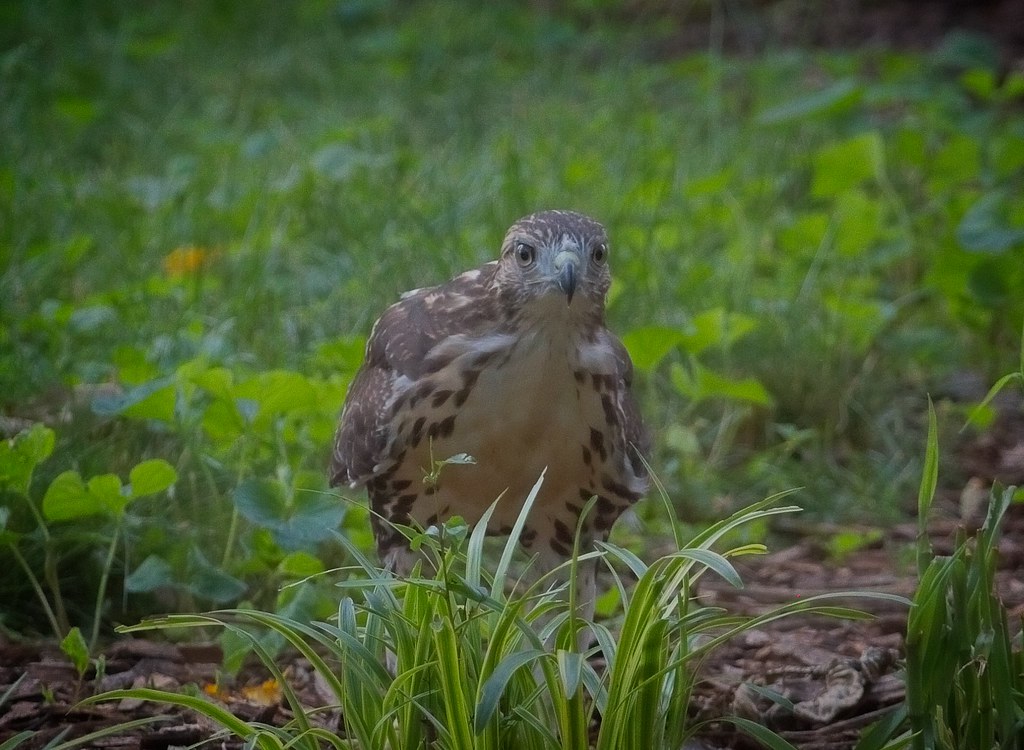 On Sunday, after several days spent high in the trees, Ten came to the ground to play. 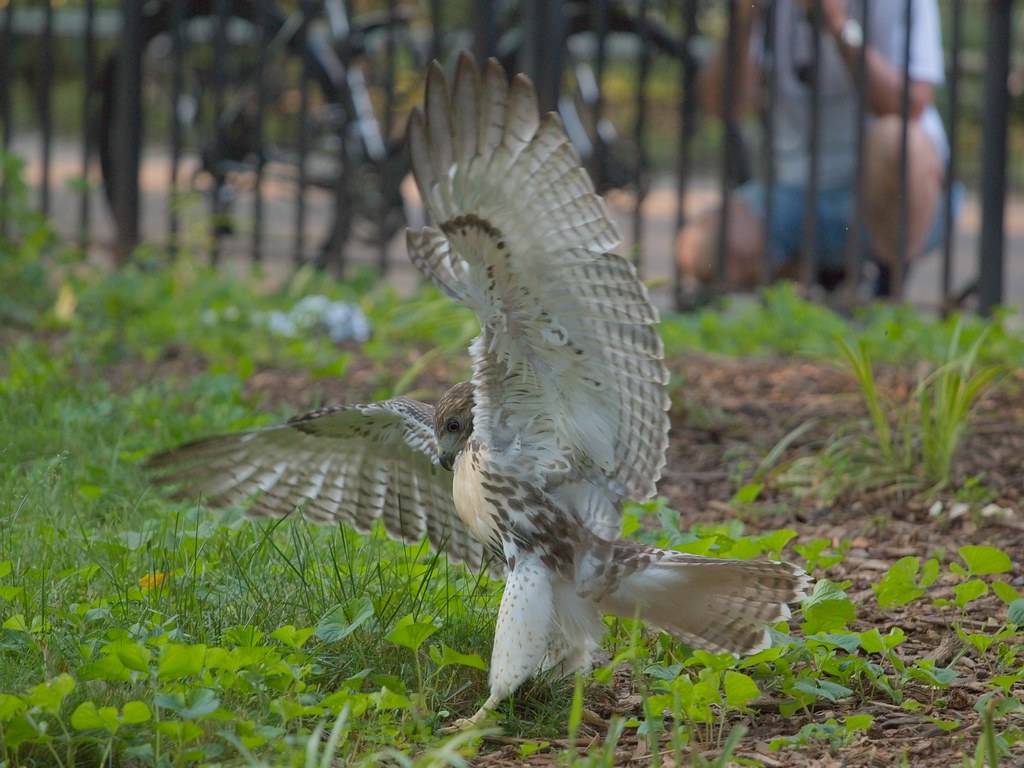 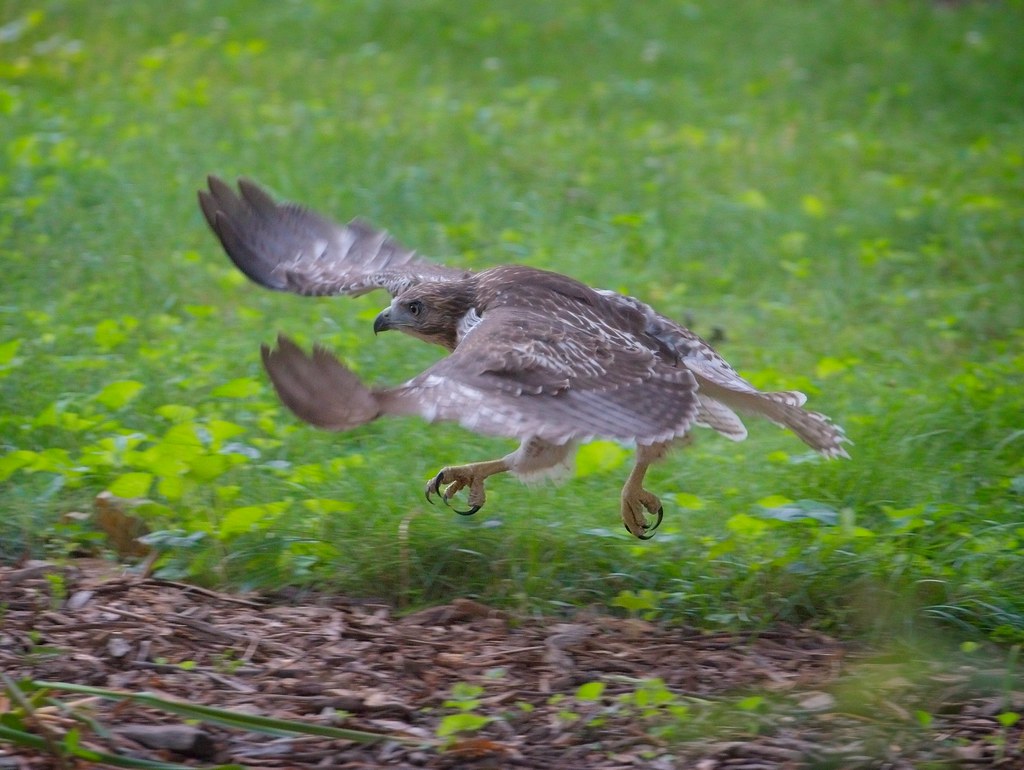 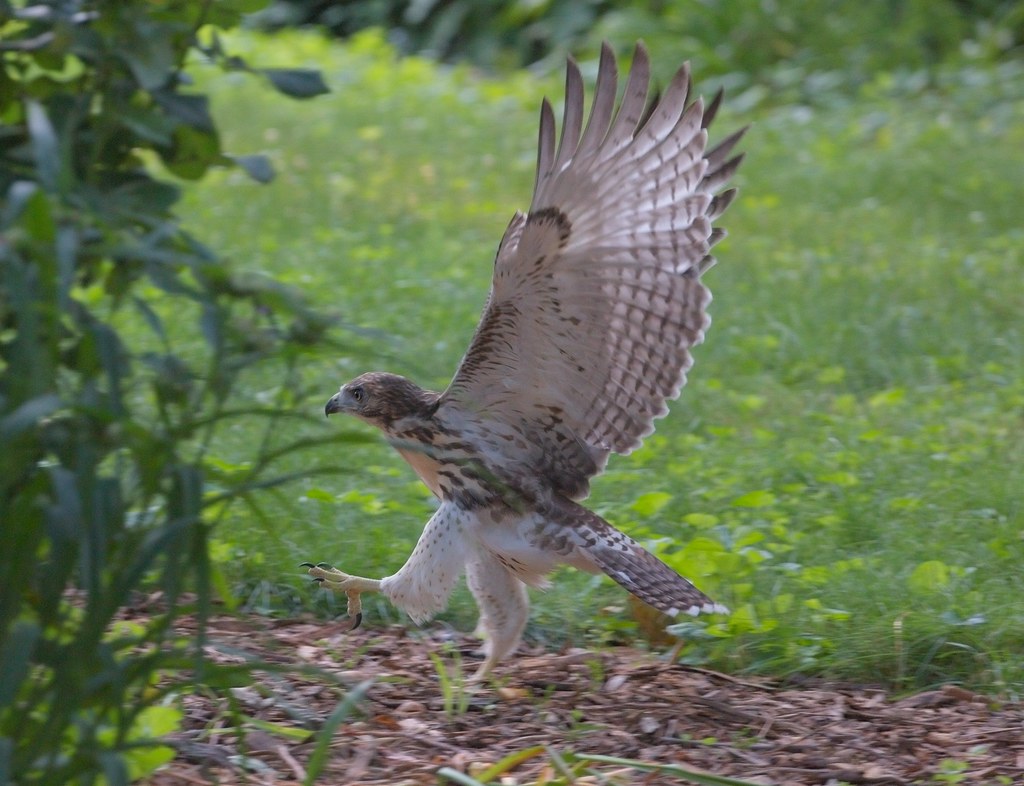 She seems to have a lot of white feathers, while Flatbush has a thick brown belly band.  Their appearance could change in the next few weeks, but one way to tell them apart is by the metal leg band on Flatbush's left leg.  None of the other hawks are banded.

Late in the afternoon, Christo brought a rat to a dinner table branch and Ten wasted no time pouncing on it. 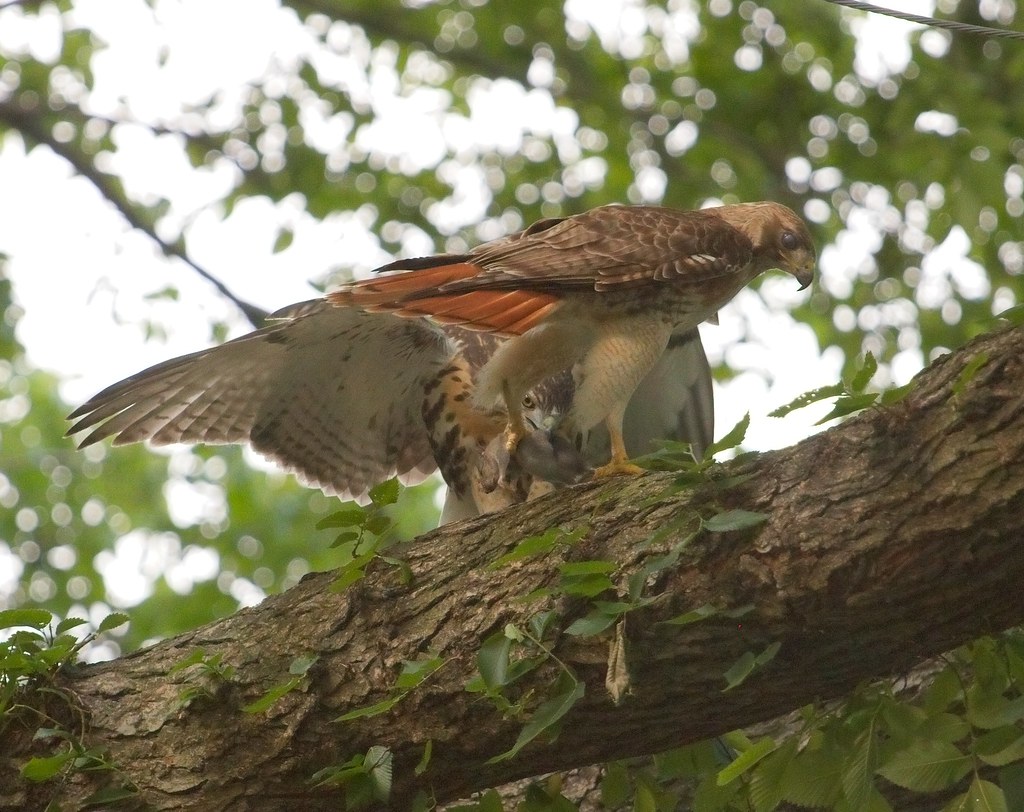 Below, the fledgling mantles the food as Christo side-steps off to the right. 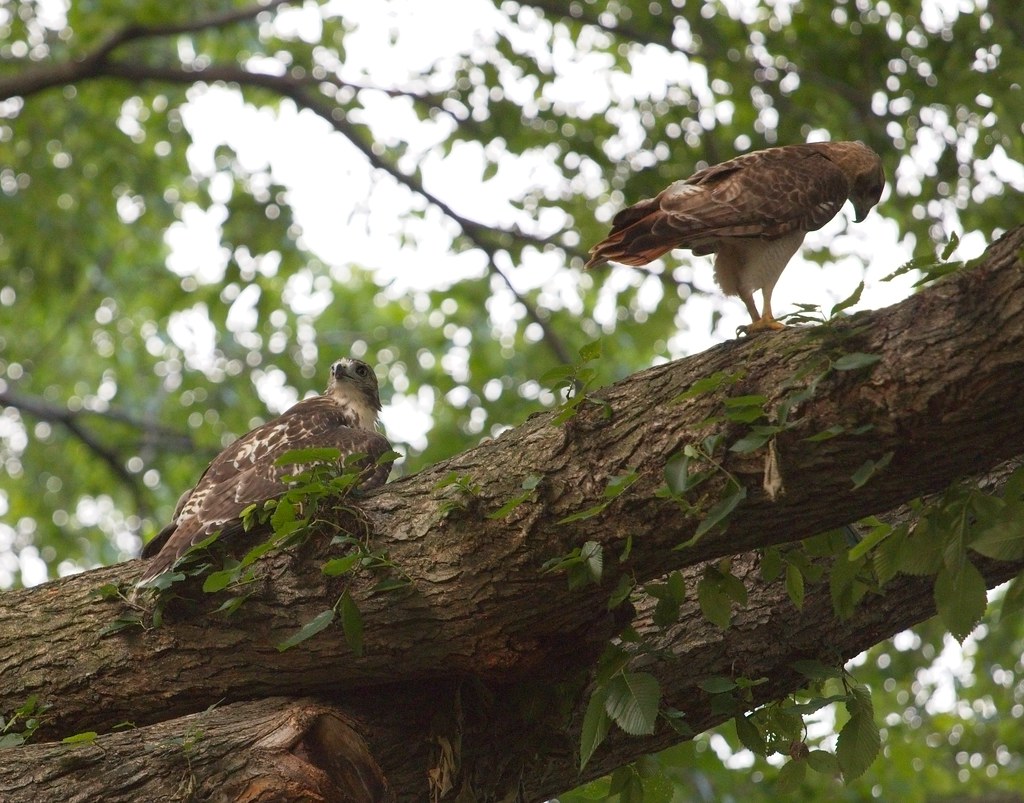 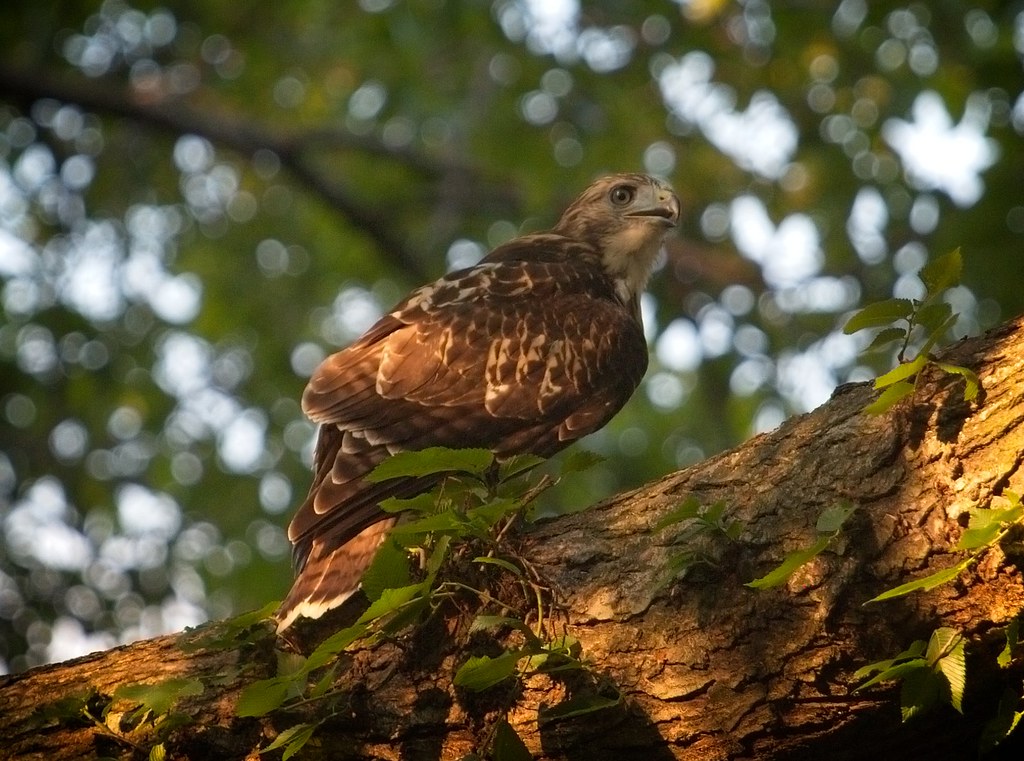 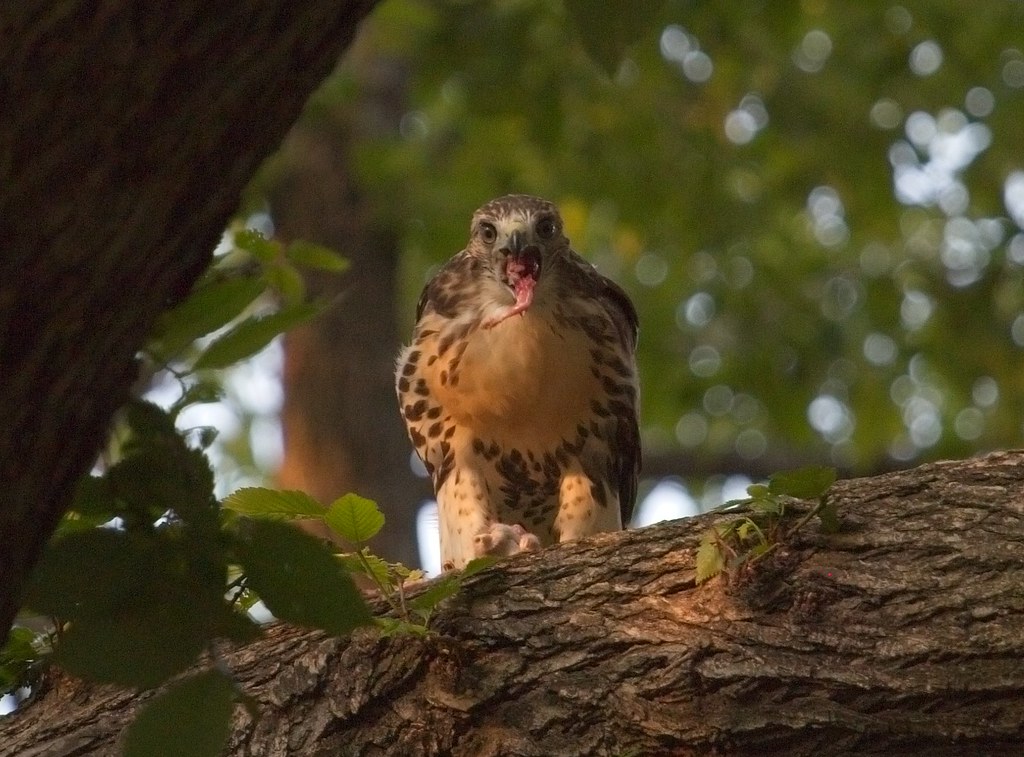 Note her wide yellowish chest.  Both fledglings have this color and it will turn to white by the end of summer. 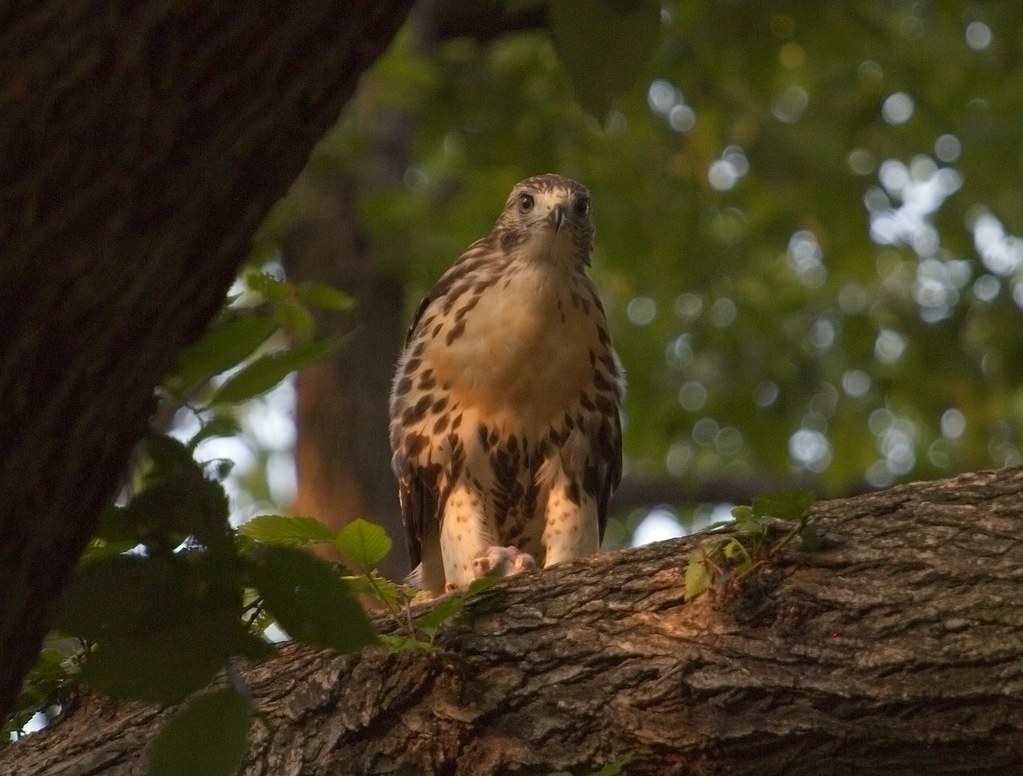 A short while later, Christo reappeared, but without food this time.  The arrival of dad and the possibility of another meal caught the fledgling's attention. 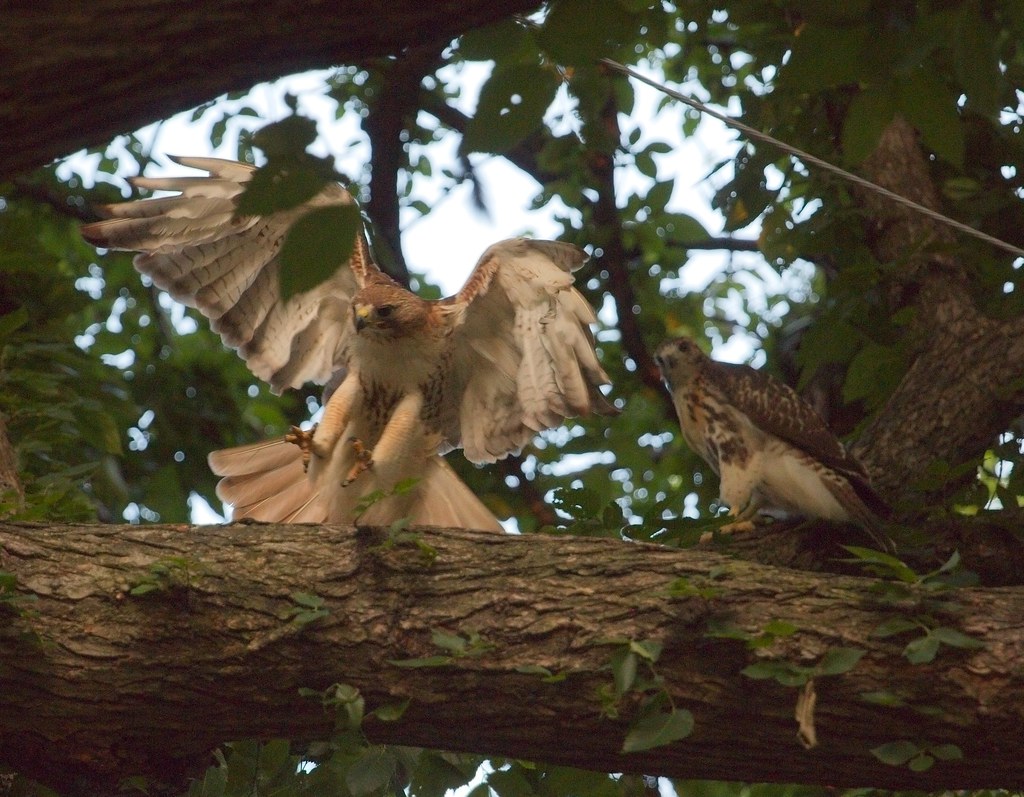 She quickly made a move on him, but he got out of the way. 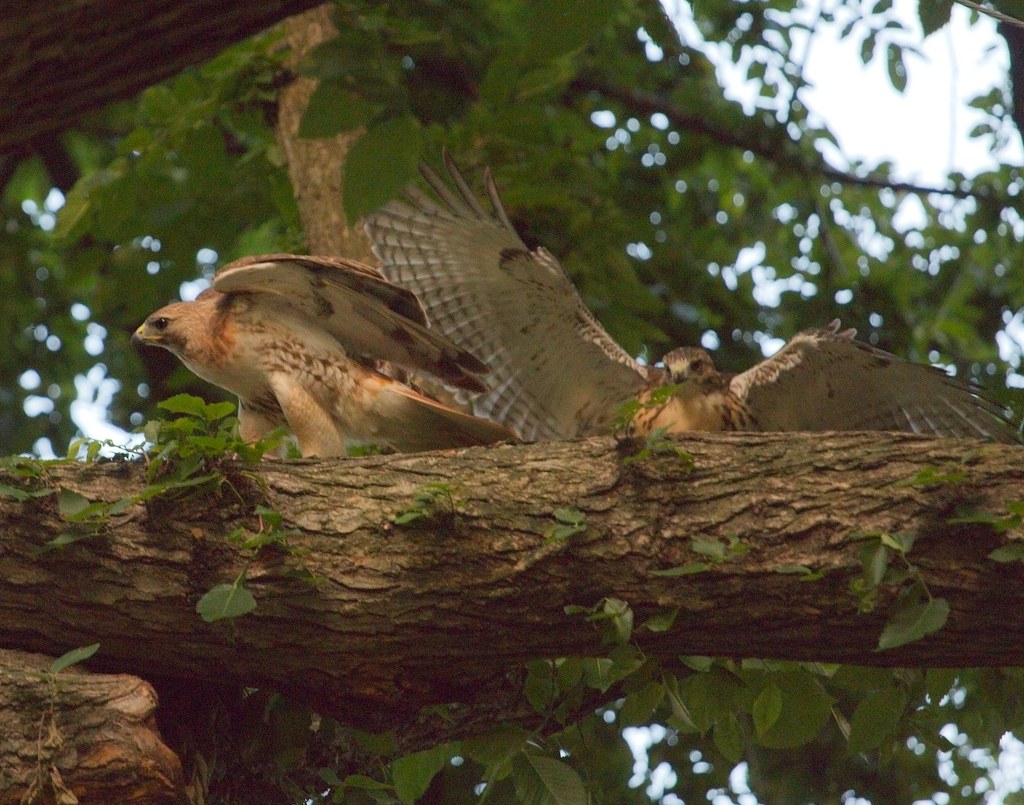 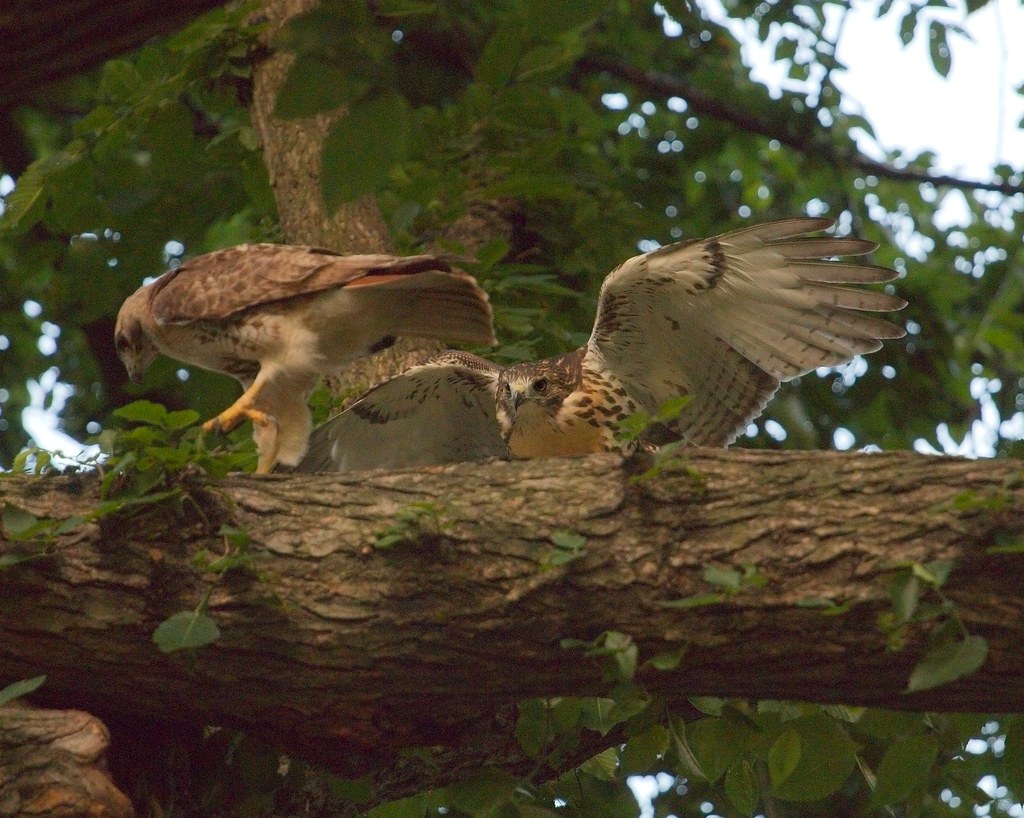 She has been doing very well chasing after Christo, or going to him when he rings the dinner bell.  Her flying skills are looking great and I saw her zip around the park this evening.  I think she takes after Dora and will some day be a formidable bird. 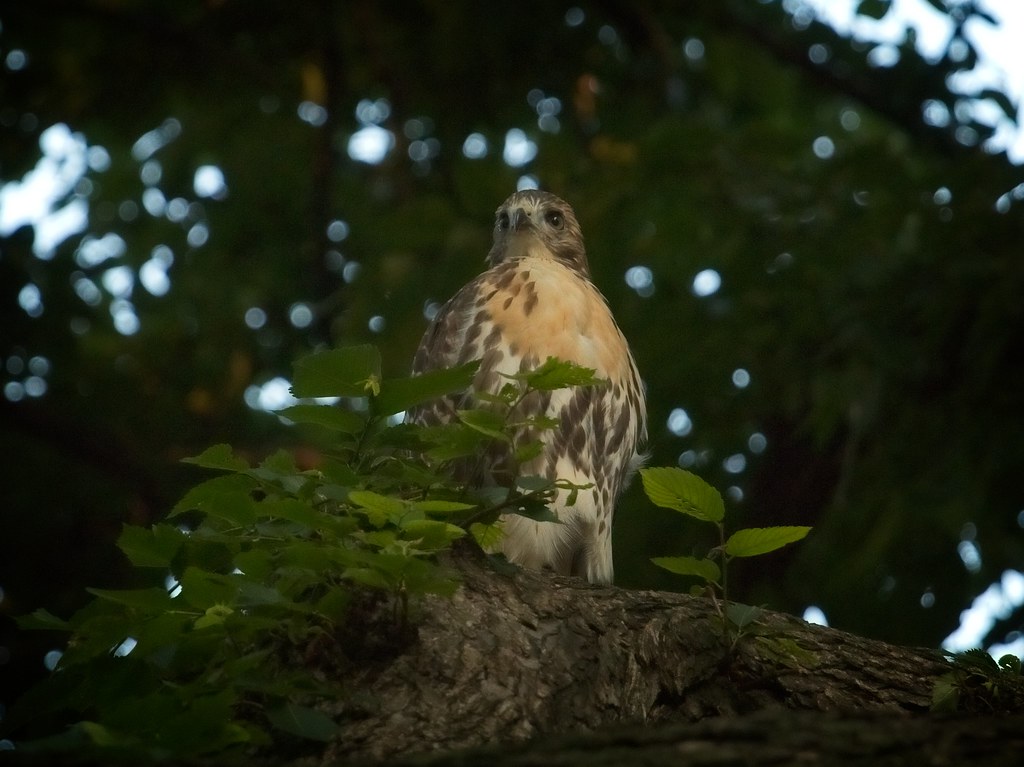 You can see more recent hawk photos on my Flickr page.