Flatbush, the adopted hawk fledgling in Tompkins Square, has been receiving a lot of attention since his arrival on June 14.  For a few days after fledgling the nest, the native baby hawk, Ten, stayed high in the trees where she was difficult to see.  Over the weekend, however, she took center stage. 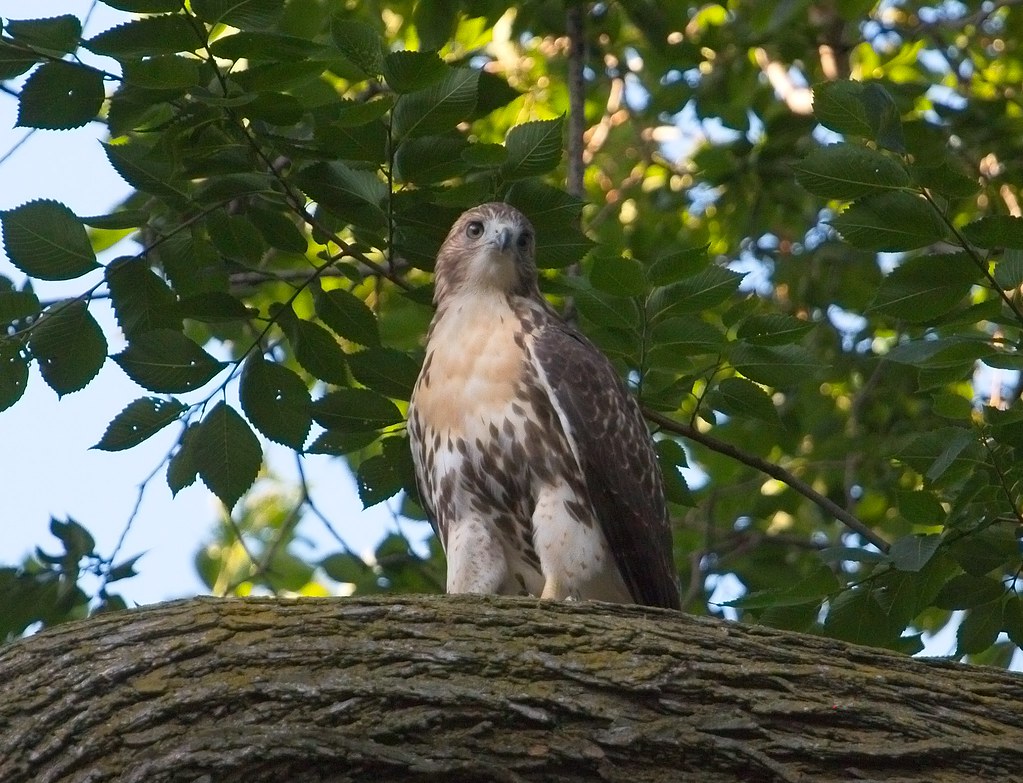 All the photos below are from June 24. 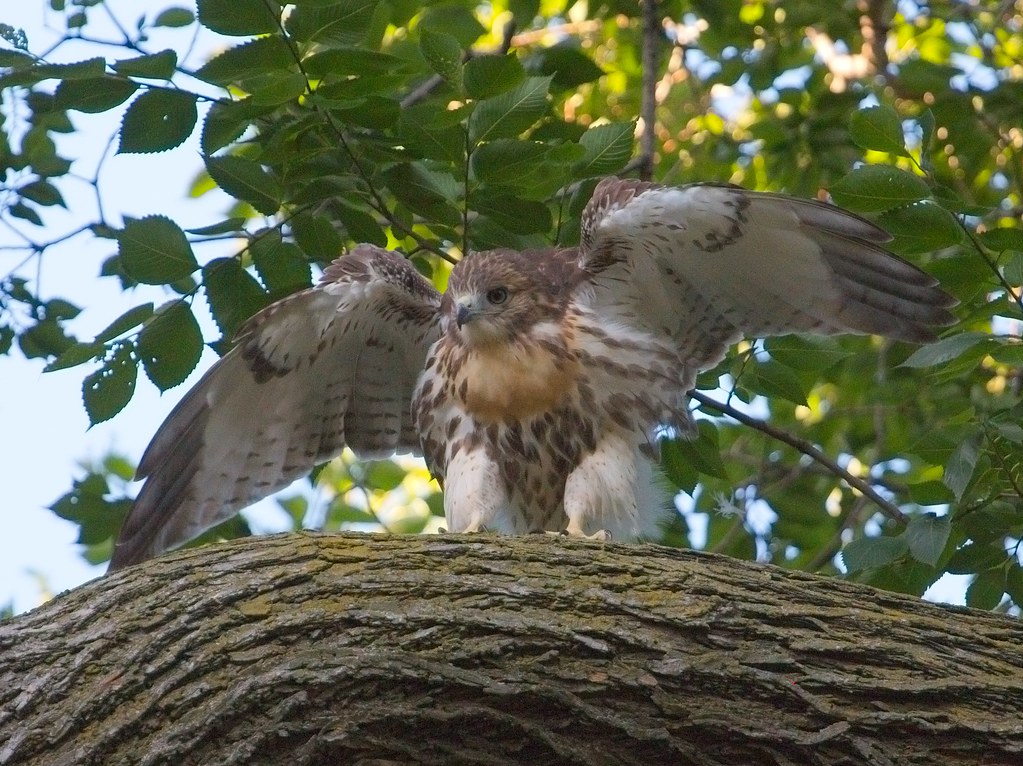 Ten not only drew the attention of people, but also the ire of a blue jay, who wasn't happy about her presence.  The jay mobbed her relentlessly until she left the tree. 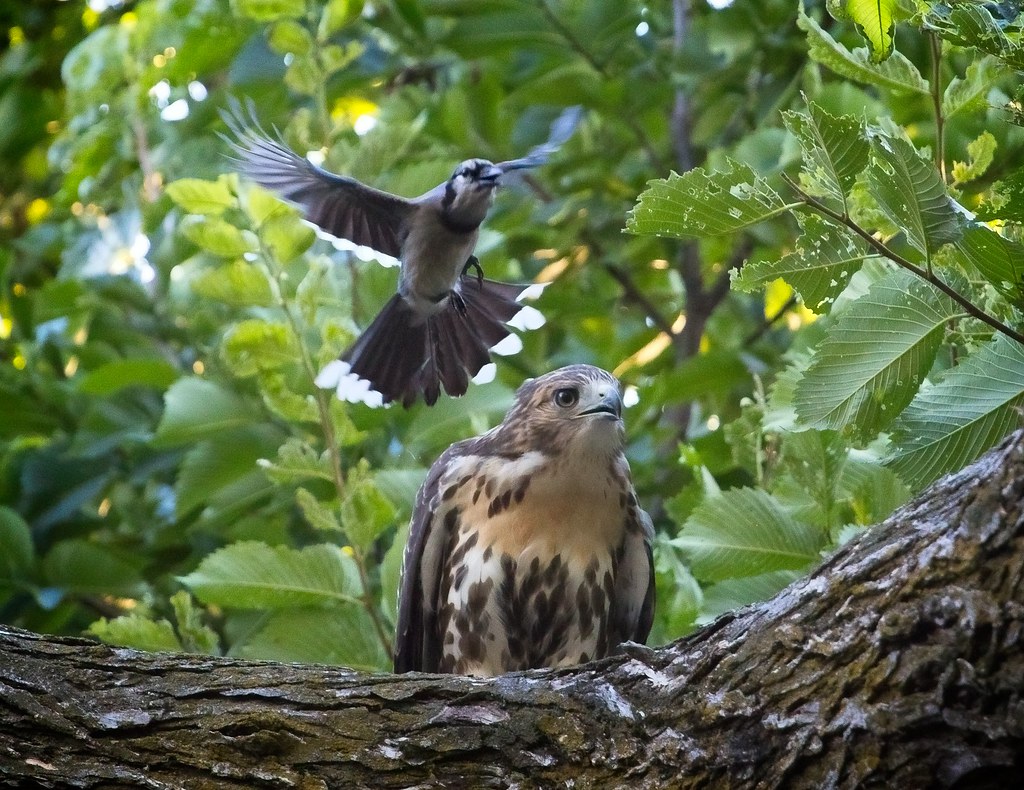 The fledgling came to the ground to play with a smelly dead squirrel.  She practiced pouncing on it and other toys in the grass. 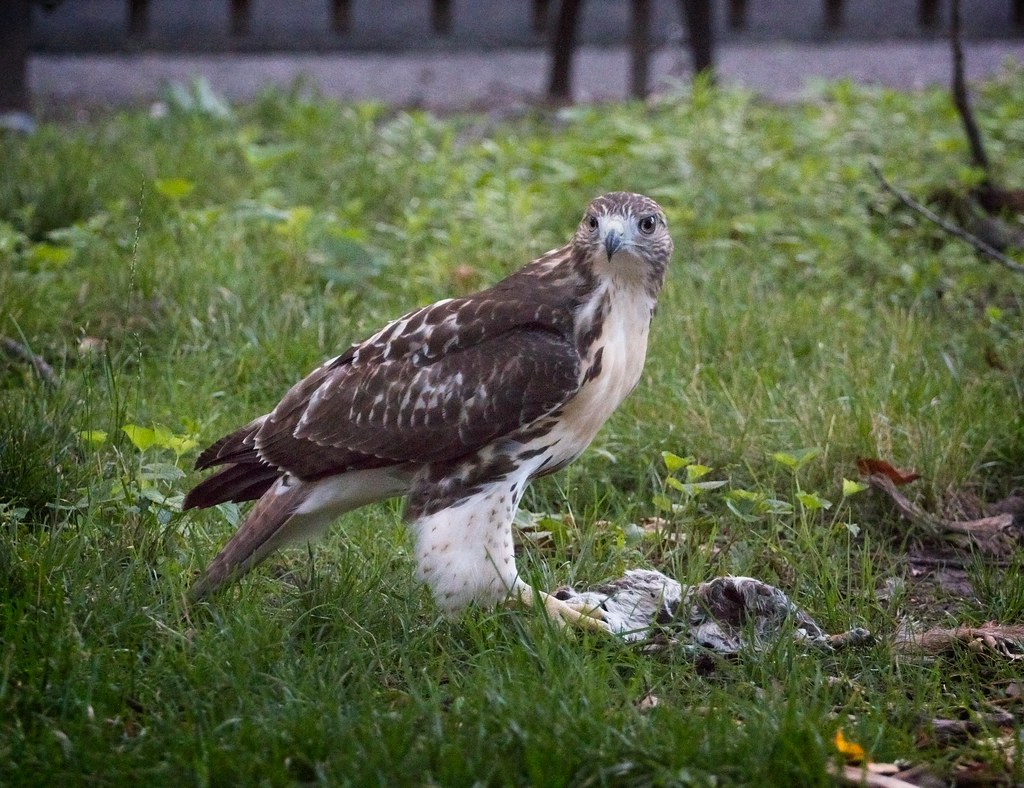 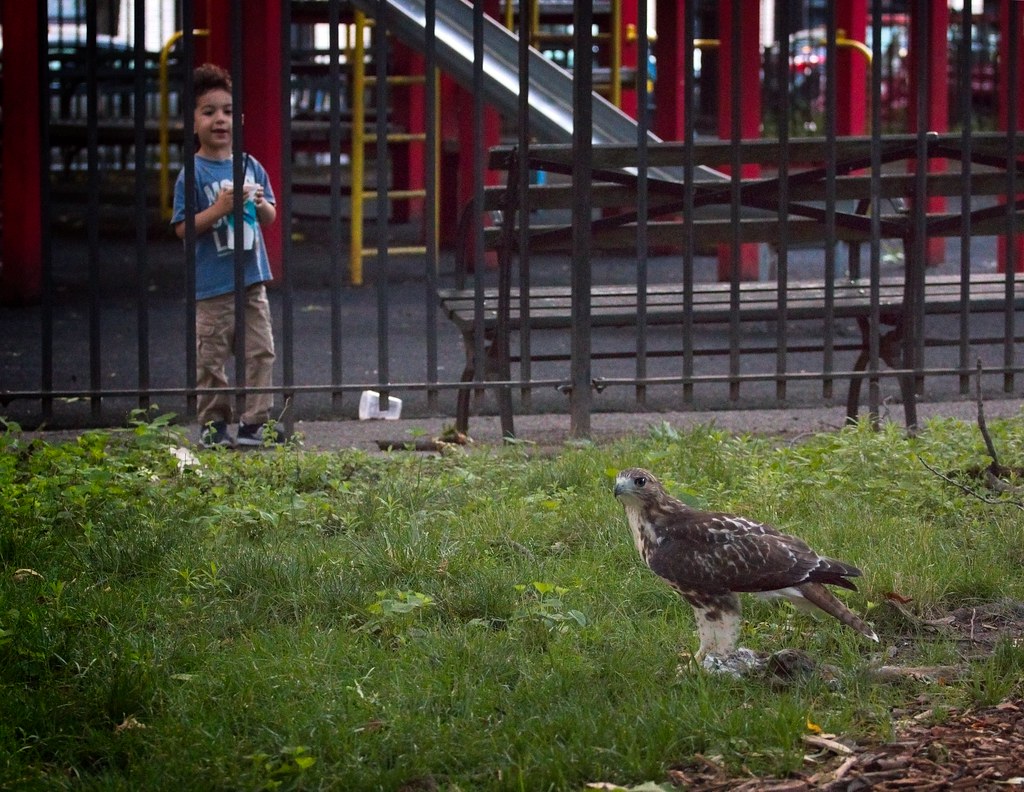 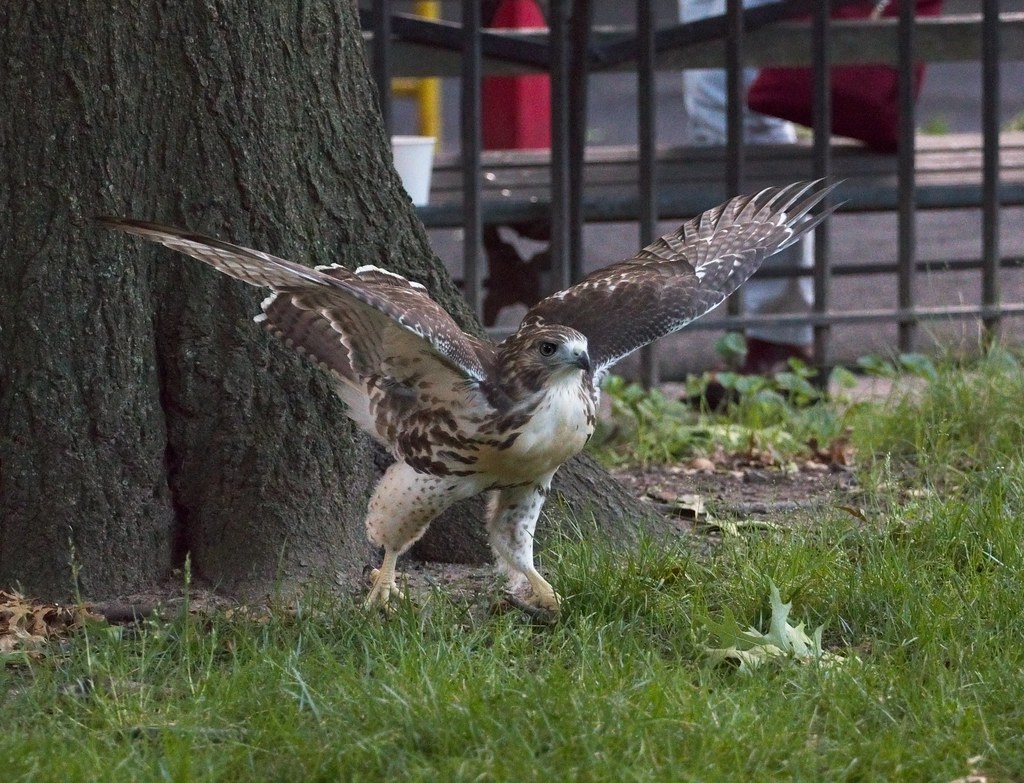 After playing in the grass for several minutes, Ten made an unexpected flight up to a fence along 7th Street. 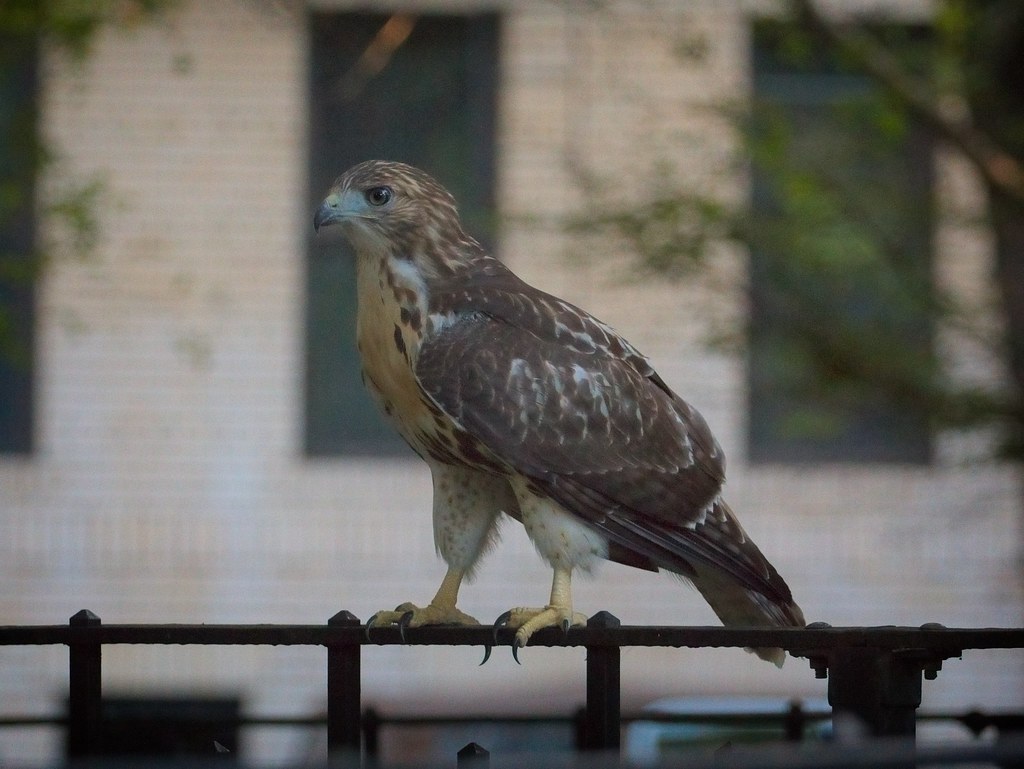 She then flew to another fence near the park entrance and seemed totally oblivious to the person who was already standing there.  The fledglings haven't learned to fear people yet, and it always makes me nervous seeing them get so close to people, but this person didn't move a muscle and just let the hawk do her thing. 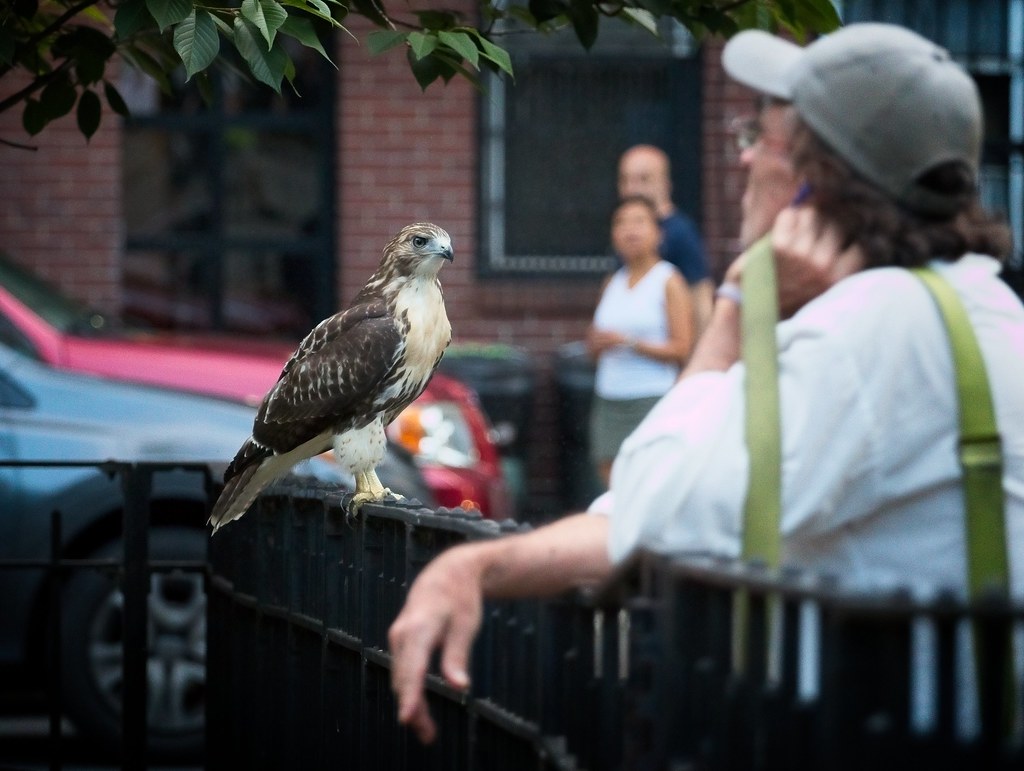 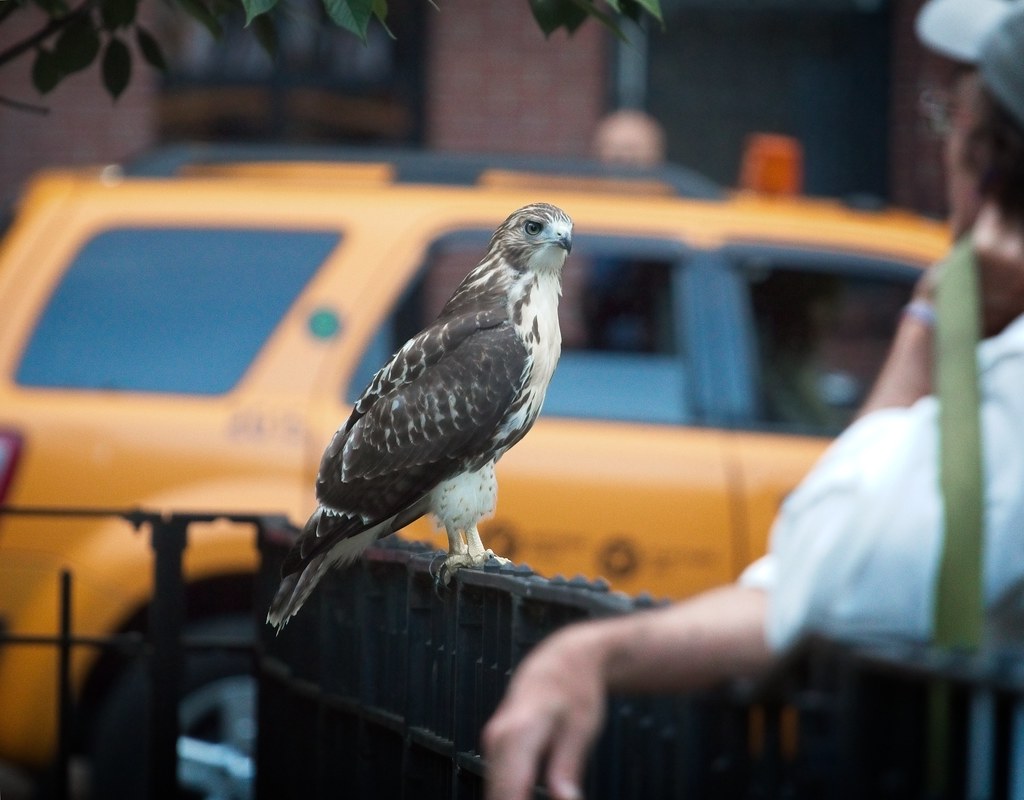 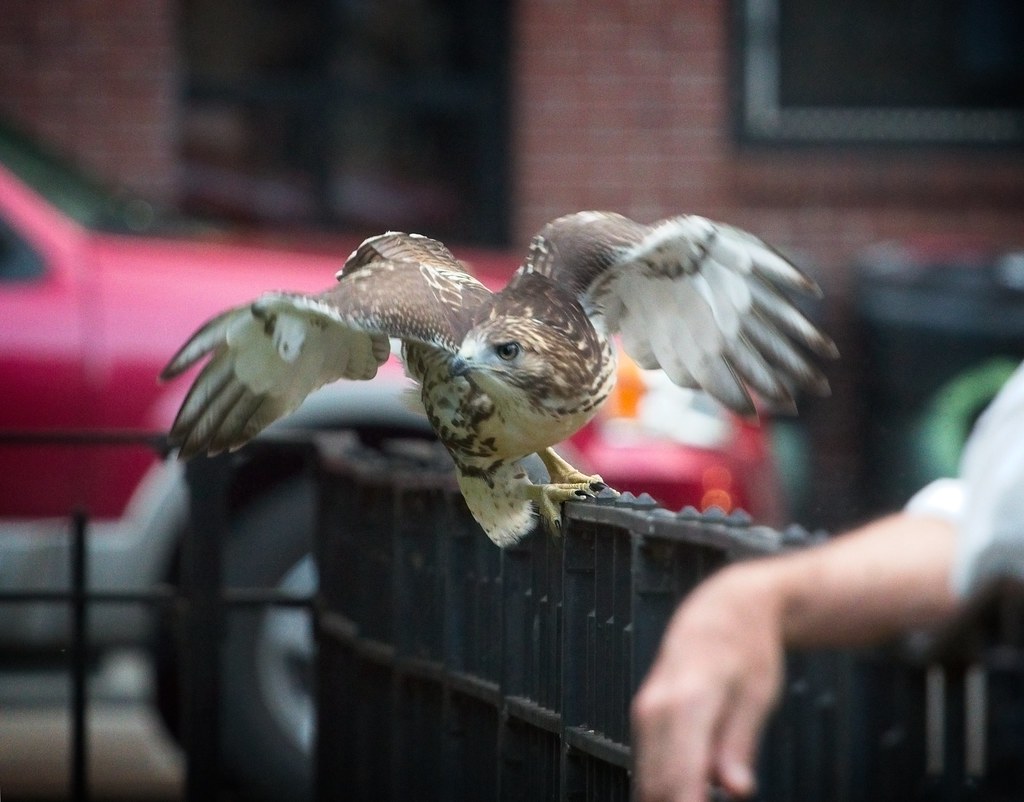 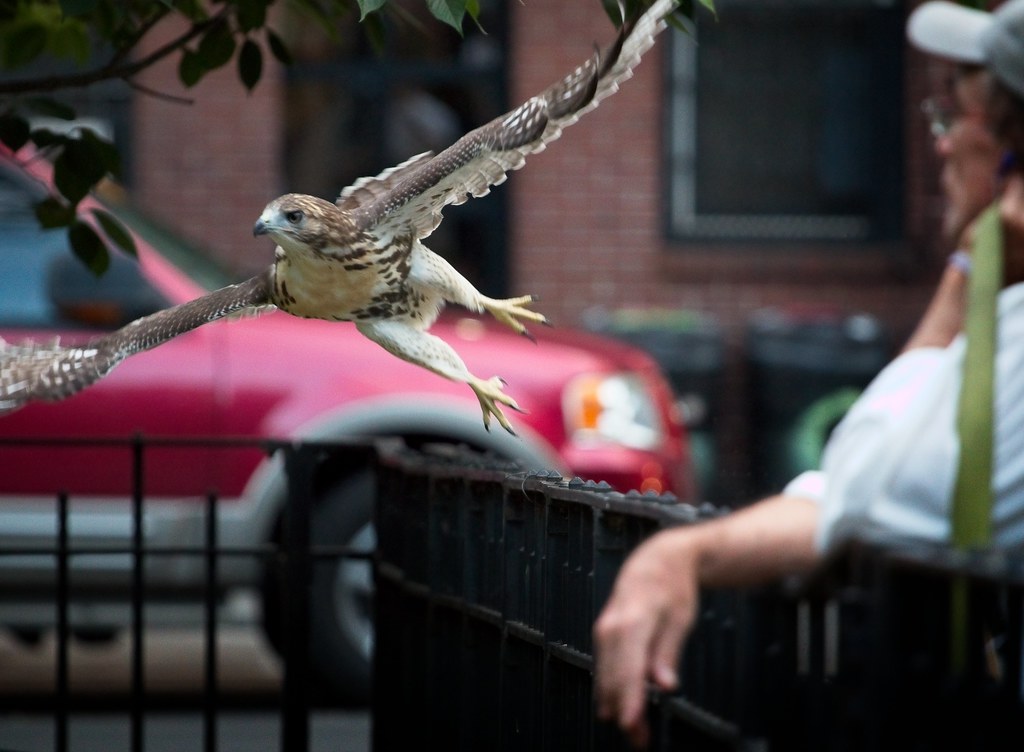 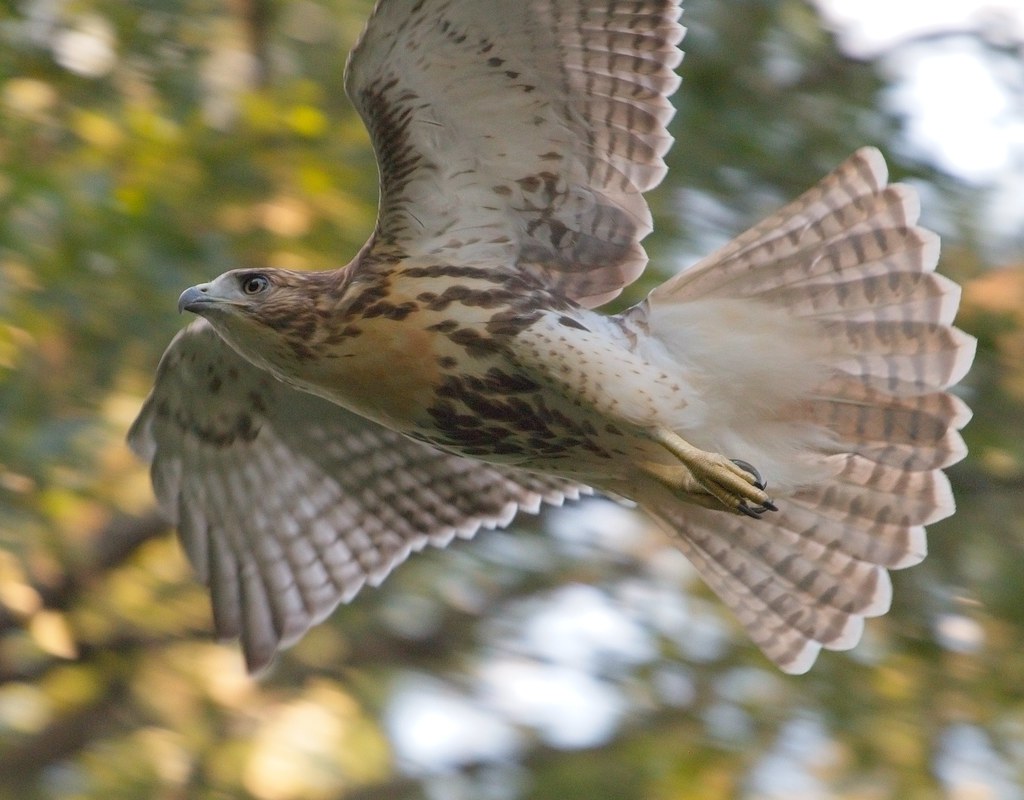 As it was dinner time, Christo brought Ten her evening meal.  However, rather than delivering a dead or partial rodent/pigeon, Christo brought her a whole live rat.  He didn't stick around to 'prepare' it for her, so she was on her own to figure out what to do with it. 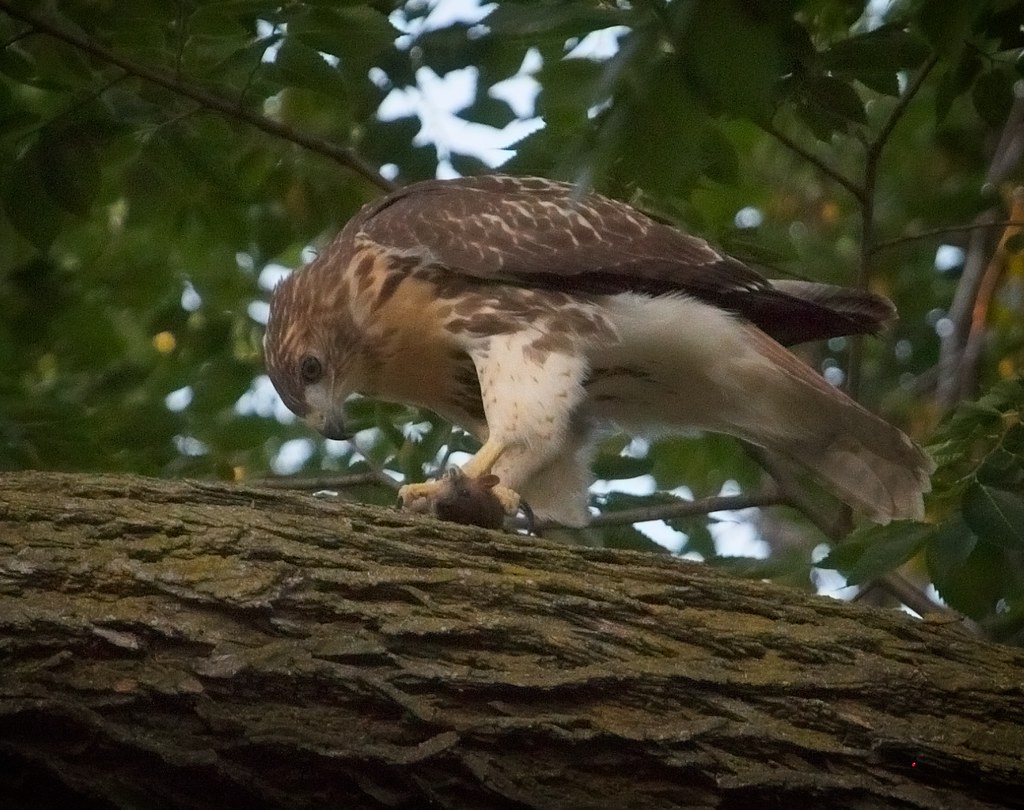 As far as I know, this was the first live meal for the fledgling and she didn't hesitate to prepare it herself. Not only was this a milestone for her, it also showed how Christo knows when the fledglings are ready to manage their food.  Earlier on this same day, Christo fed Flatbush by mouth, so he knows how to care for each kid and what developmental stage they're at.

Around 9pm, well after sunset, Ten flew off to roost and Christo and Dora took over the dinner table.  Christo brought in a partial pigeon that the fledglings had dropped on the ground earlier in the day, and Dora finished off the rest of Ten's rat.  They enjoyed their left-overs side by side. 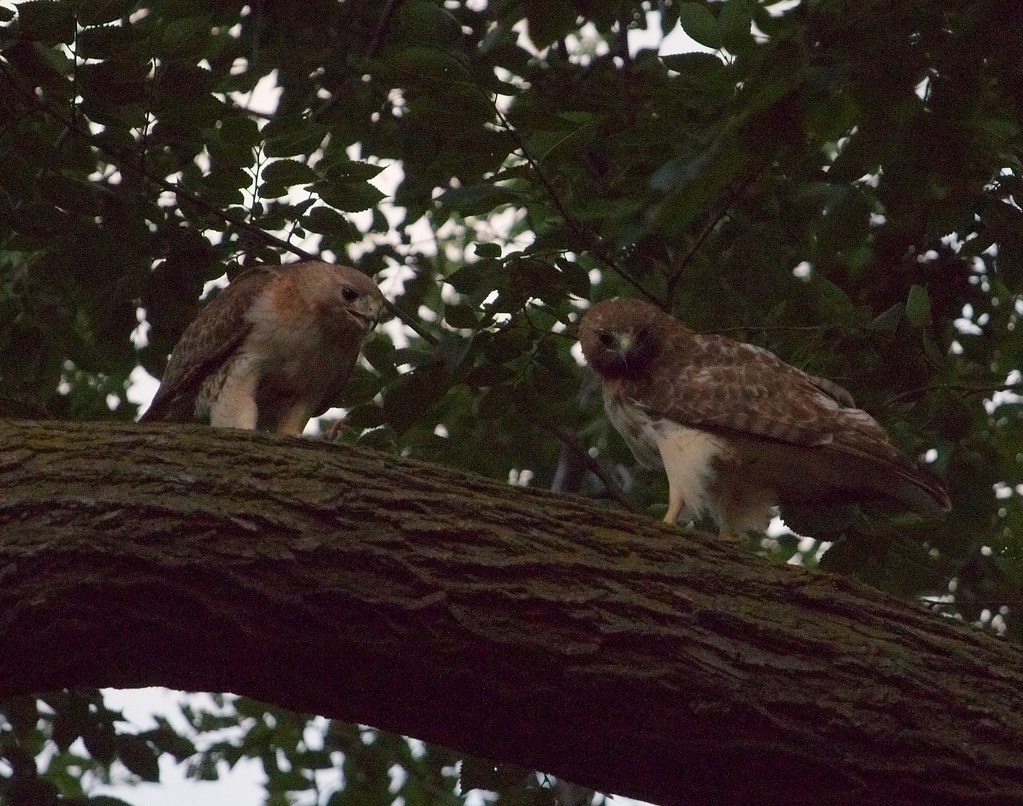 This reminded me of the 2014 season when Christo would deliver food to the Christodora nest throughout the day and Dora would dispose of the surplus by dropping the carcasses on the central lawn.  At the end of each day, they'd both go and scavenge the leftovers out of the grass.  They're a very organized and efficient pair.