It's been a week since fledgling hawk Flatbush was introduced to Tompkins Square, and he's doing very well.  He's had to adjust to a completely new environment, learn to navigate his way around trees, and is improving his flying skills.

After a hot and humid few days, the skies ripped open on Saturday and let out a drenching rain.  I went to the park to check on the young hawk and found him perched quietly in a tree, very alert and very wet. 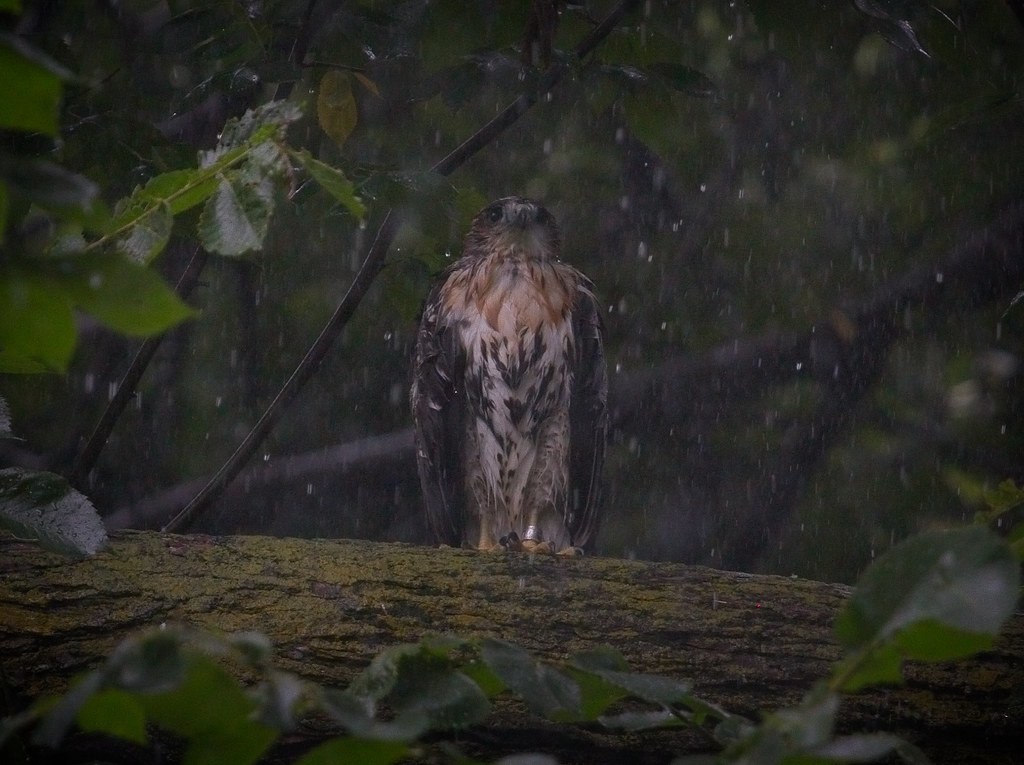 Just a few feet away, Christo was perched low in a tree looking worse for wear.  I think he was hunting, but I couldn't stick around in the pouring rain to find out.

The following day, Sunday, Christo was back to his usual glory. 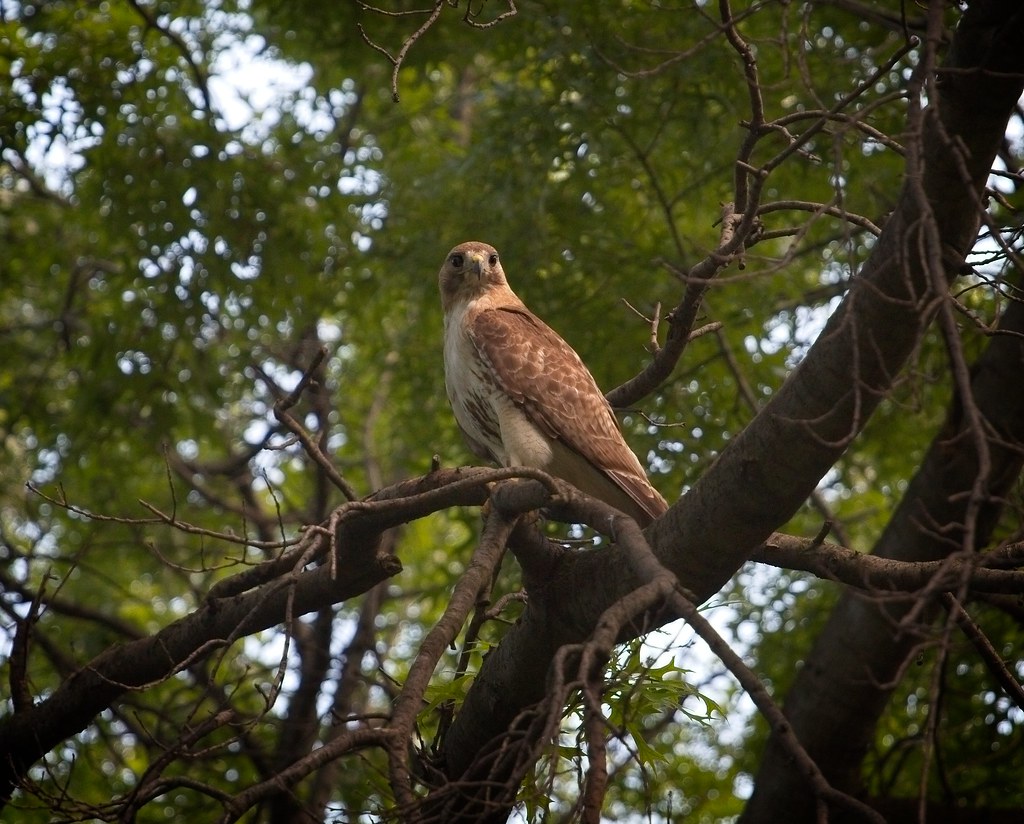 I found Flatbush in the same tree where he rode out the storm.  He spent the afternoon practicing hop-flying from branch to branch.  His exercises were periodically interrupted by curious neighbors. 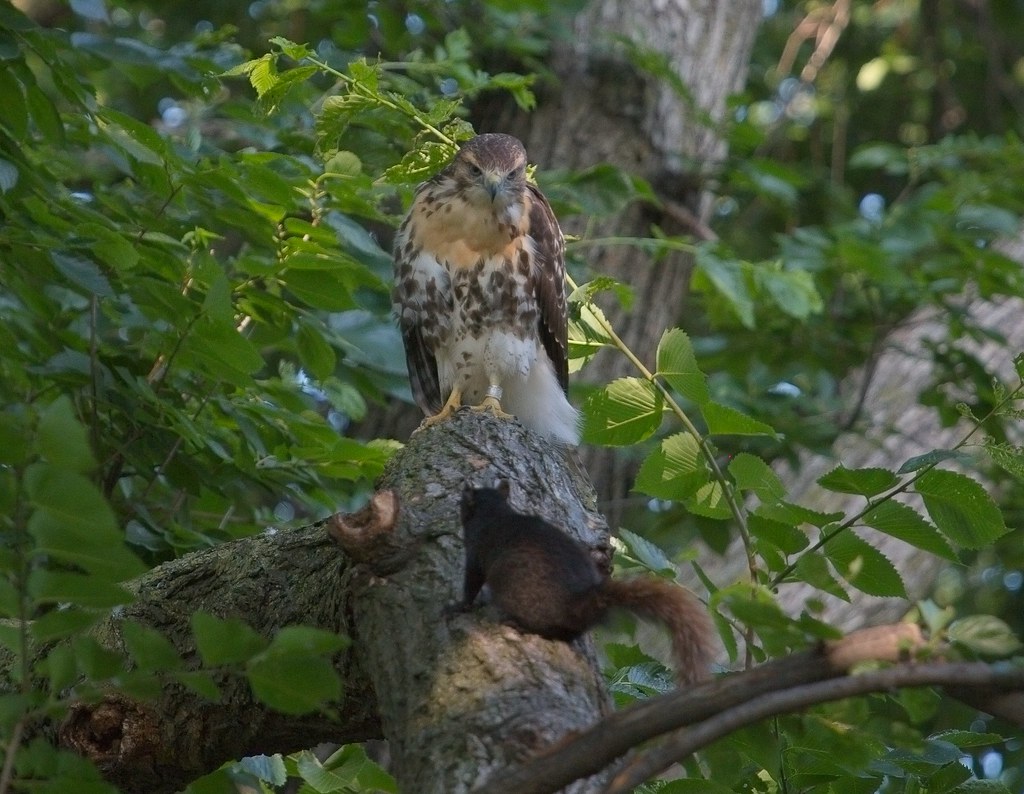 I saw at least three squirrels scamper right up to the hawk.  He's not a danger to them...yet! 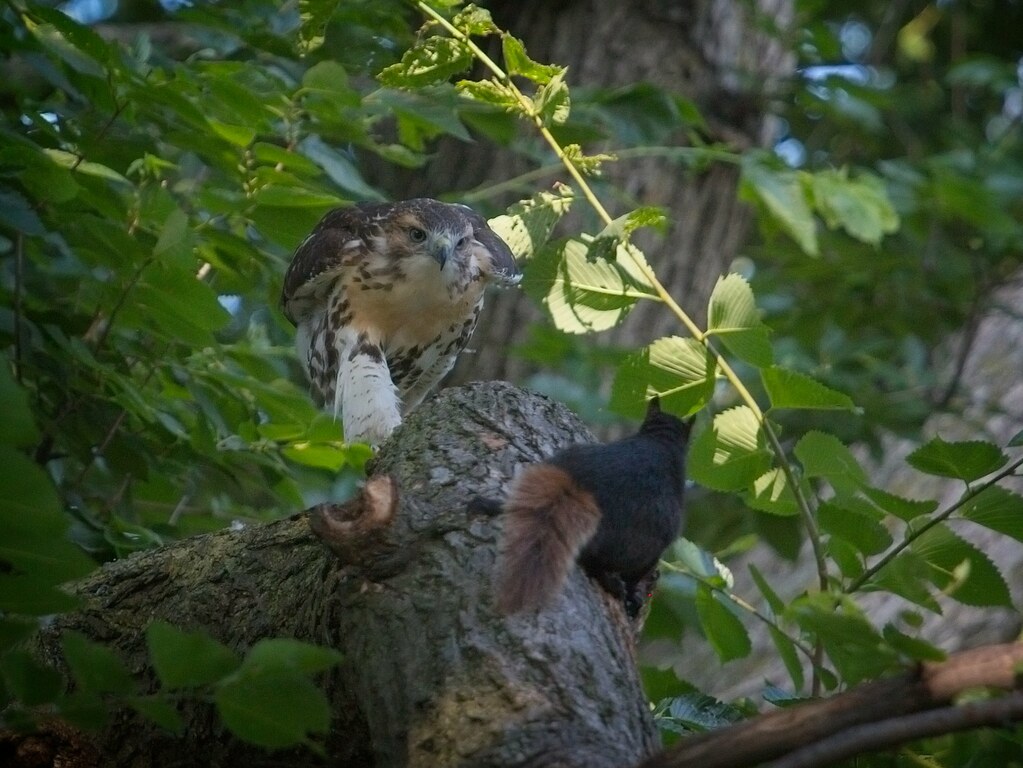 Flatbush knows how to find the spotlight. 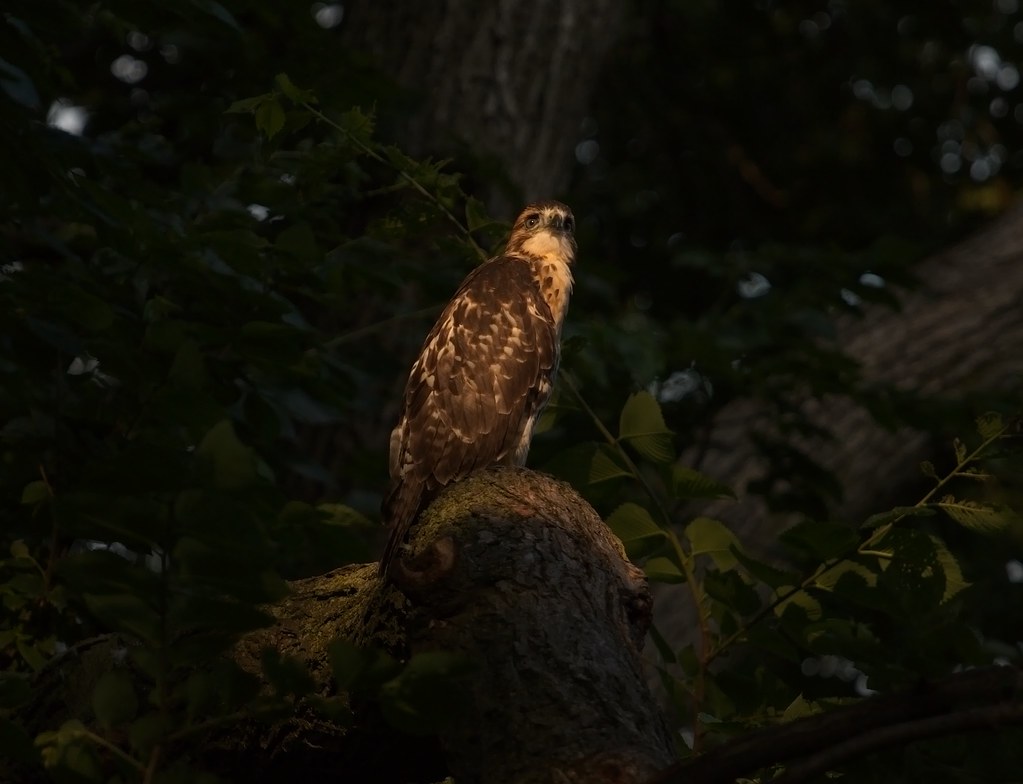 As the sun set, Christo visited the other fledgling (Ten) who was in a nearby tree, and dropped off dinner.  This got Flatbush excited and he kept making short flights from branch to branch.  At one point, he took off and left the tree.  But instead of going towards the other fledgling, as I thought he would, he flew in the opposite direction and landed in the ginkgo tree which housed last year's nest. 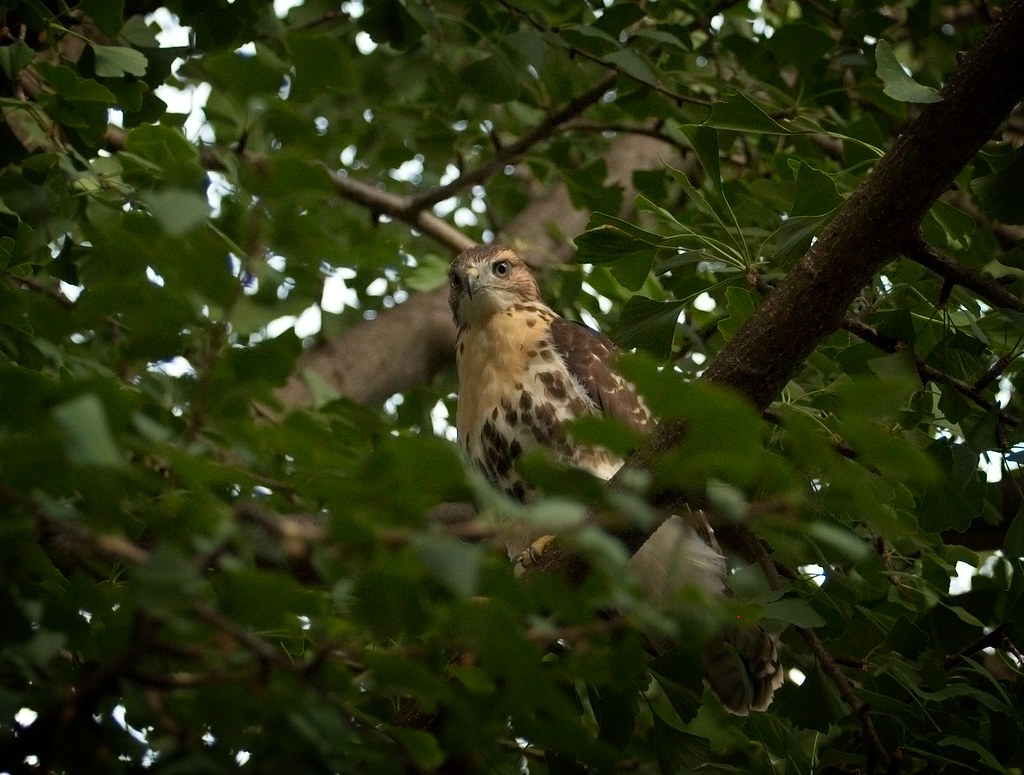 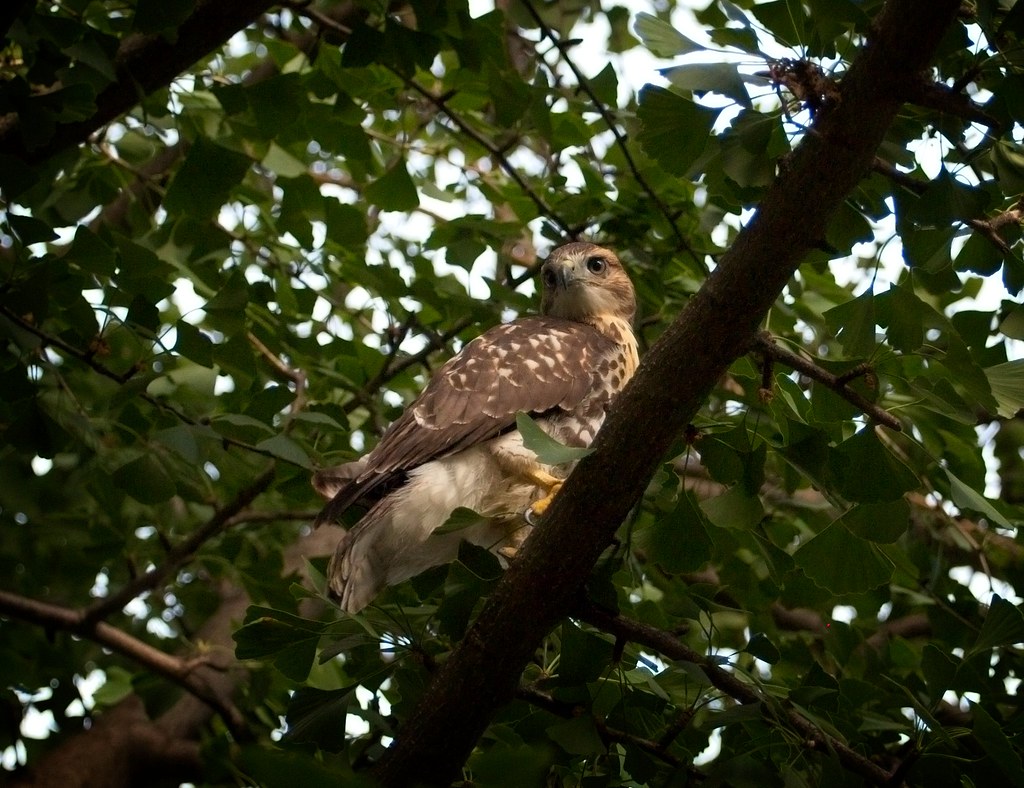 This is where he spent the night.  The following day, Monday, there was another big rainstorm and Flatbush hunkered down in the tree.  I went out to see him (along with a few other dedicated hawk-watchers) to make sure he was ok.  He was fine, as was the other fledgling, who was perched high in a tree on the west side of the park.

The next post will feature the other fledgling, who has come a long way in the last week.