The red-tailed hawks of Tompkins and Washington Square Parks have company this winter. I've seen more Cooper's hawks in the area than ever before, and they have become a fairly common sight throughout the neighborhood.

Over the weekend, I came upon this adult Cooper's near Avenue D. 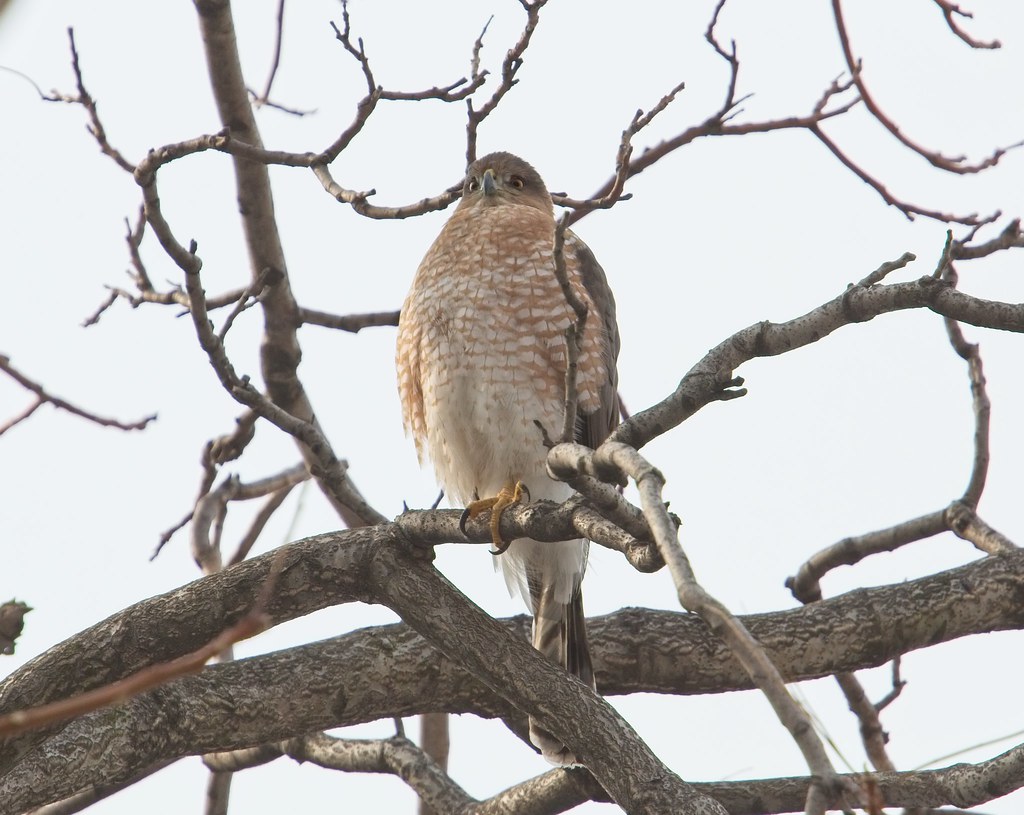 Note its rusty barred chest and long banded tail.  This hawk appeared pretty big, about the same size as Christo. 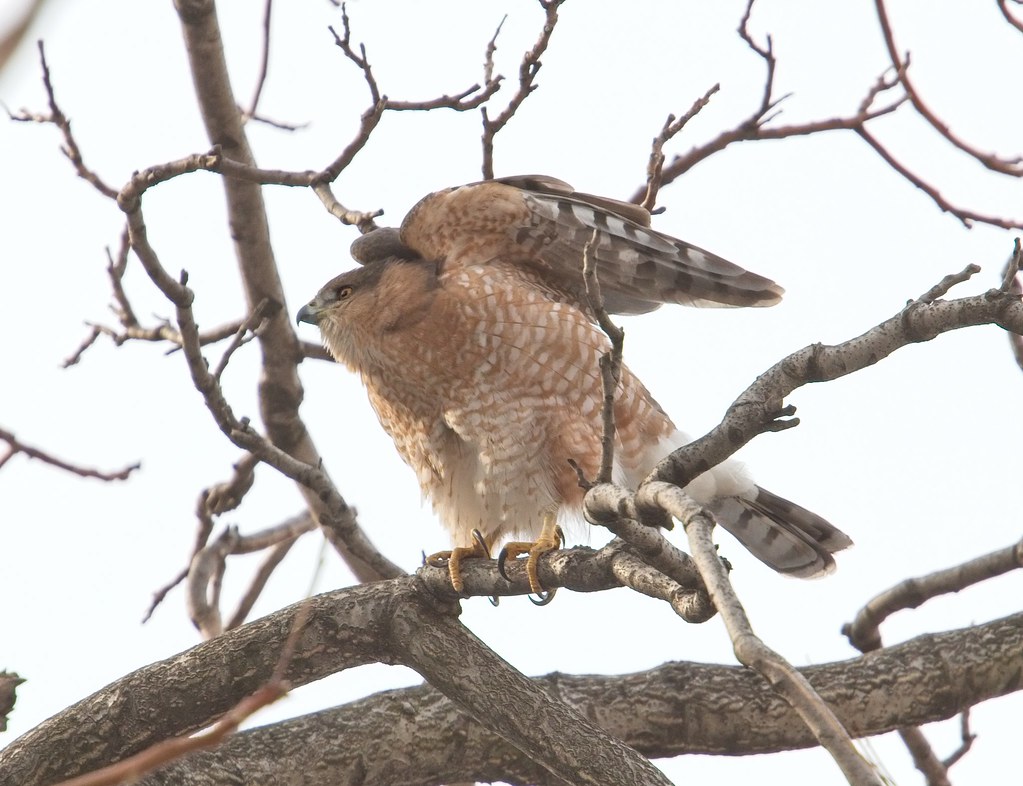 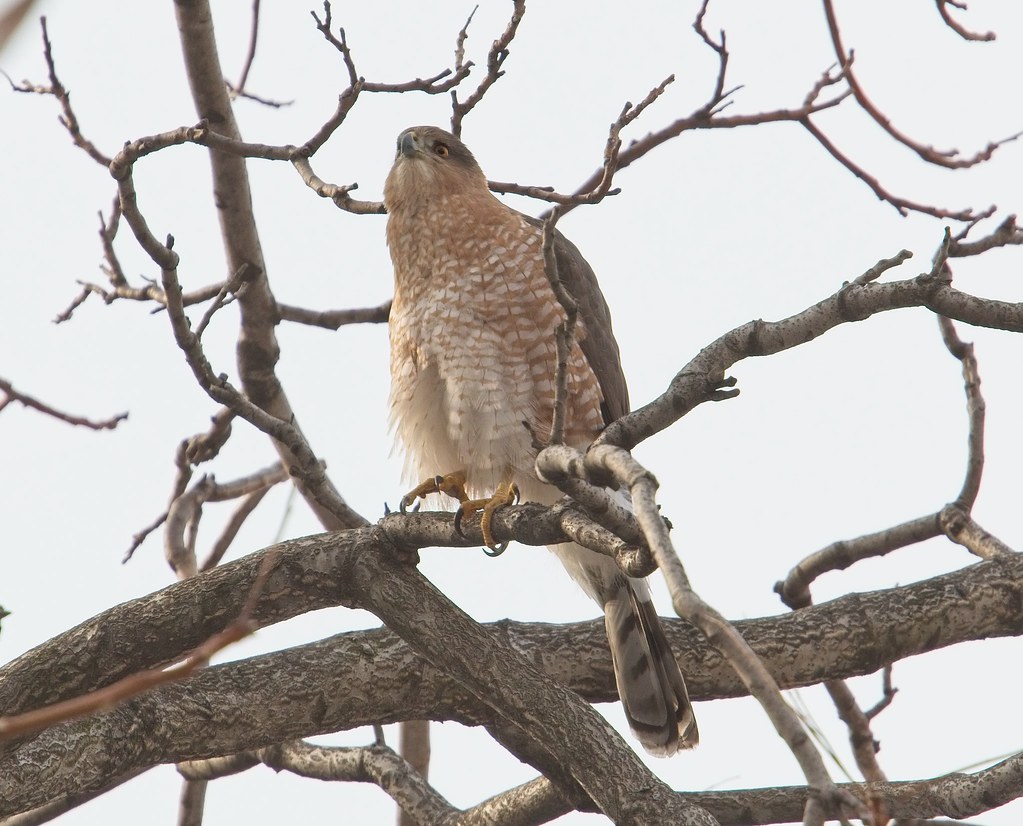 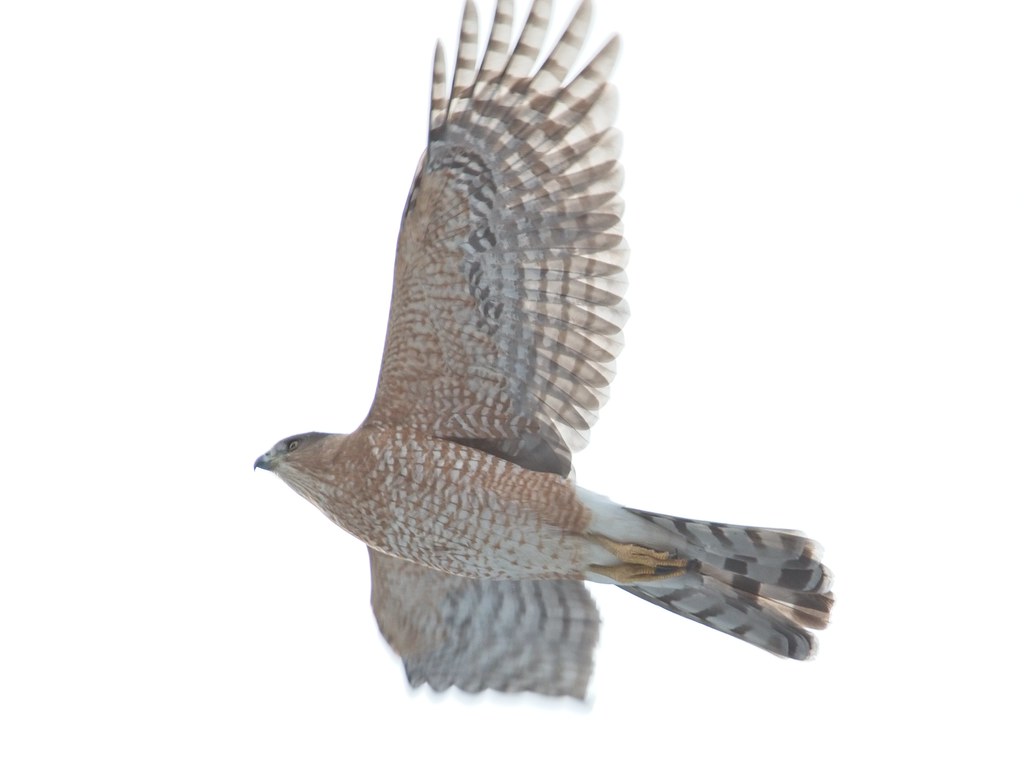 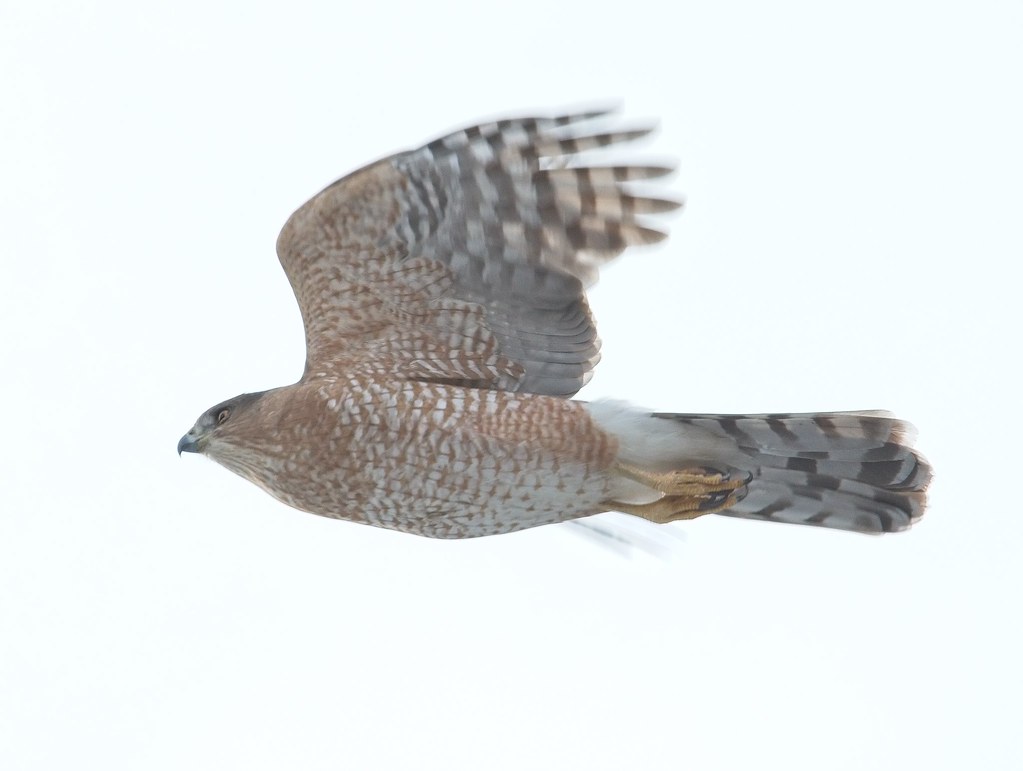 After perching in the tree, the Cooper's flew to the top of a building where it was promptly mobbed by a kestrel. About a half hour later, an adult Cooper's showed up in Tompkins Square and I believe it was likely the same hawk. 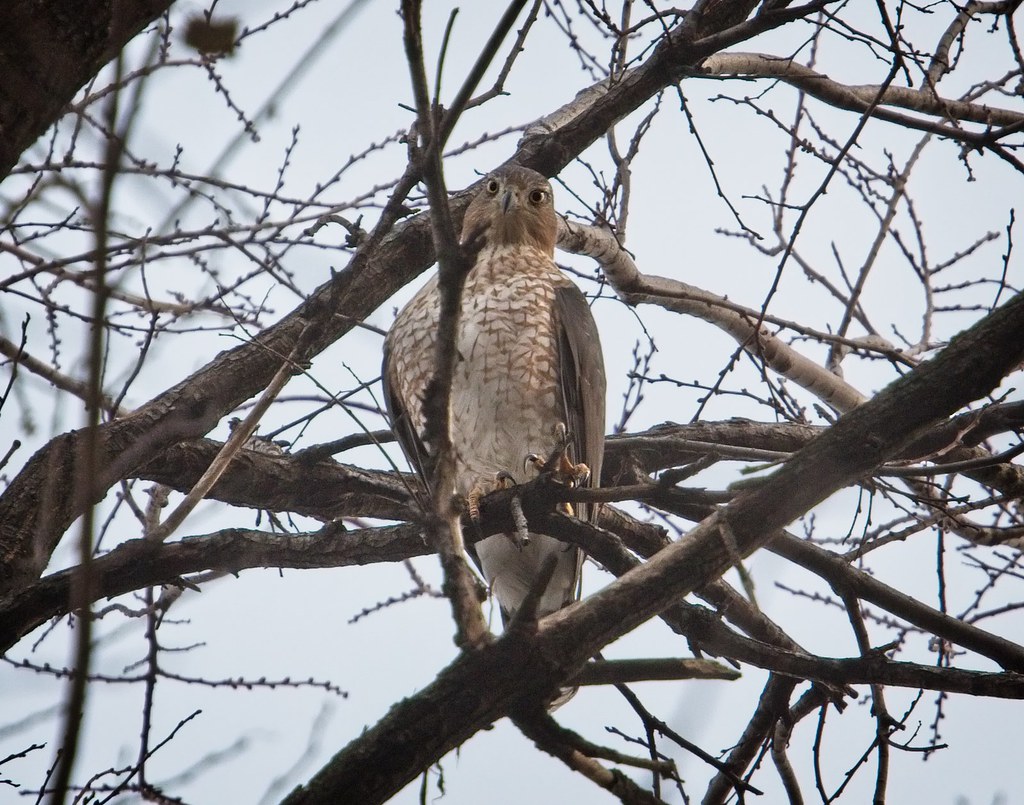 Below is an immature Cooper's who was hunting birds along Avenue A and 7th Street. 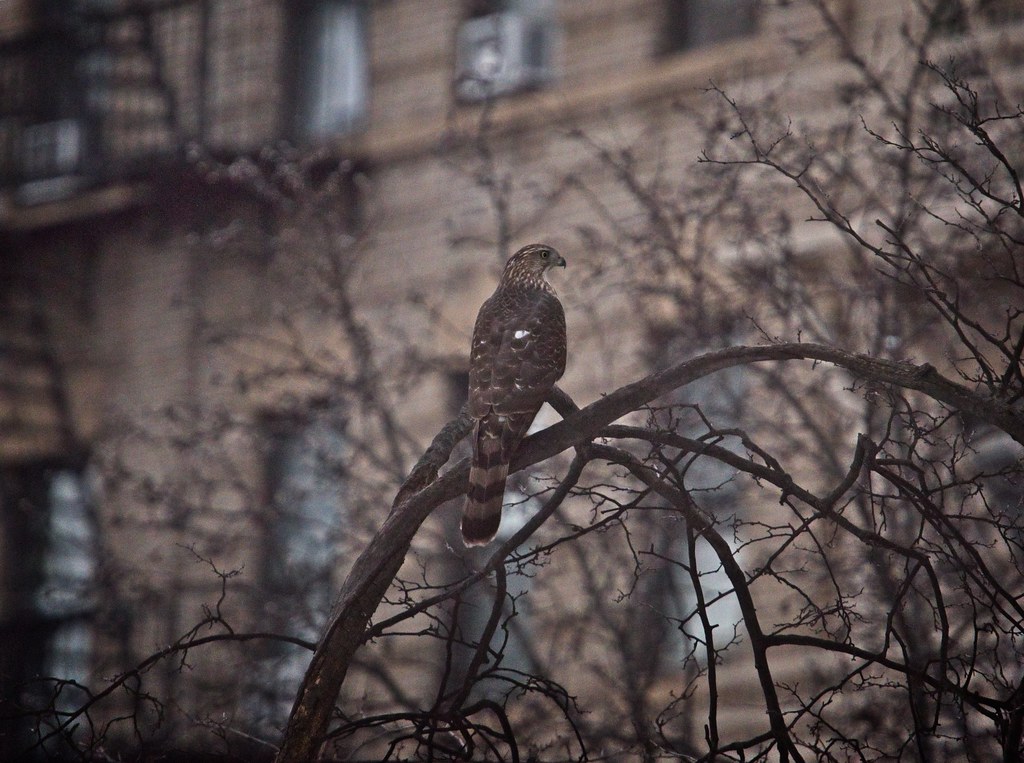 It flew up to a fire escape above Ray's Candy, a spot where Christo has been known to roost. 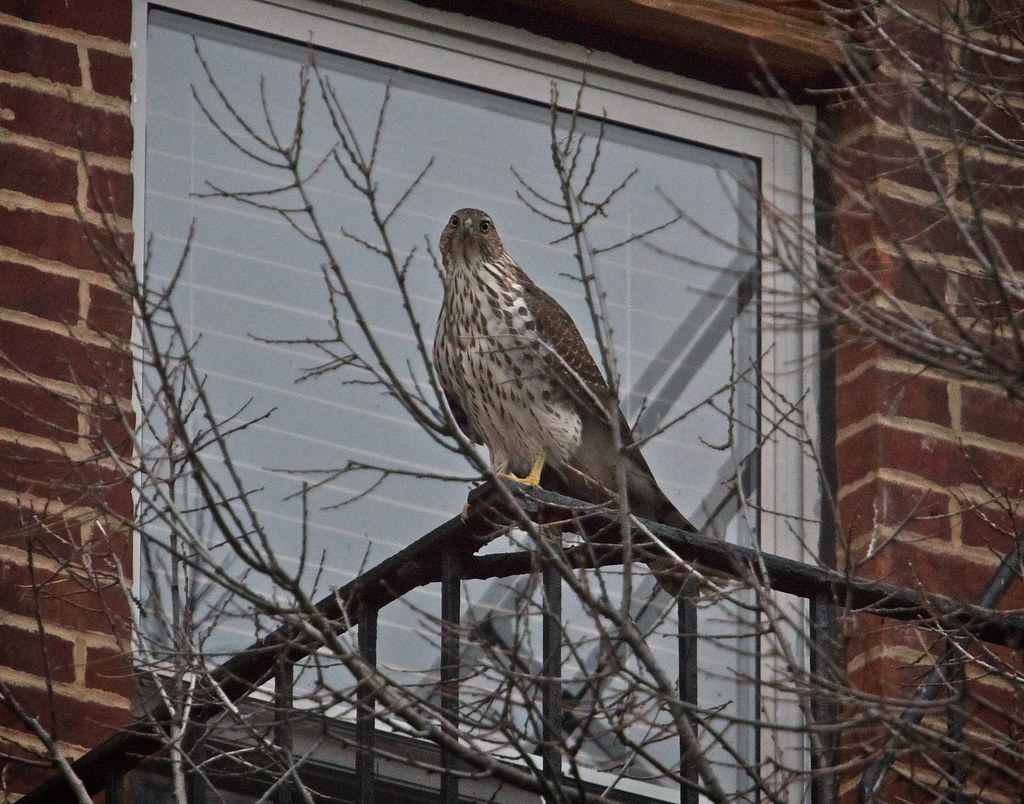 After a few minutes on the fire escape, the Cooper's flew back into the park where I lost track of it. 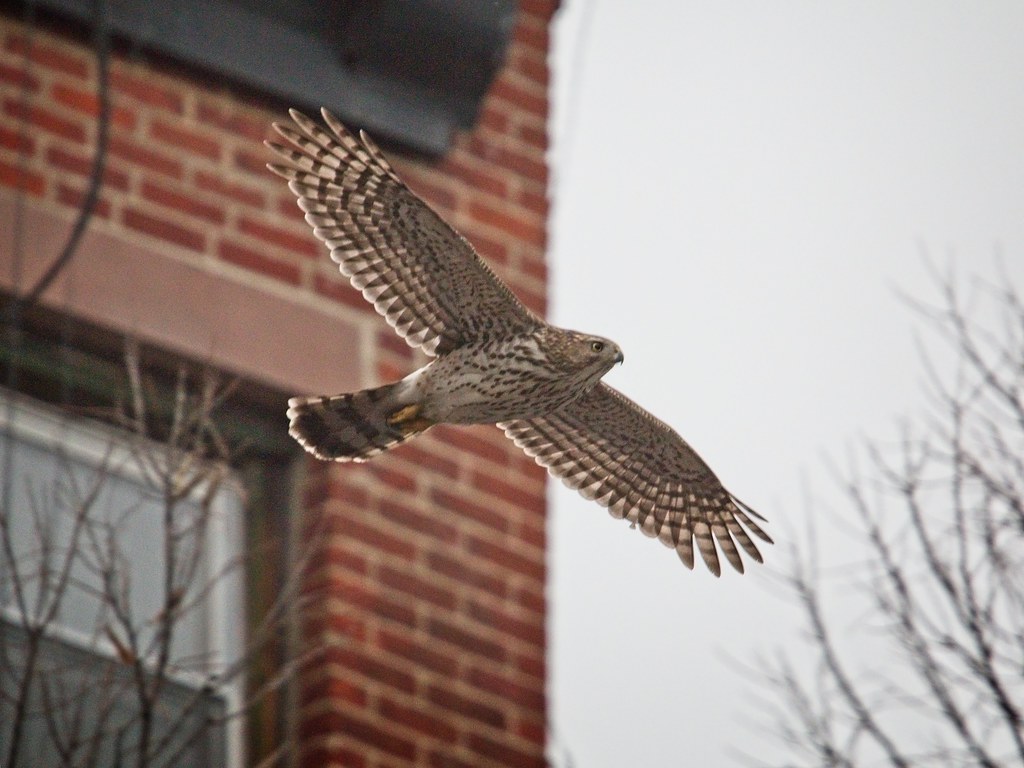 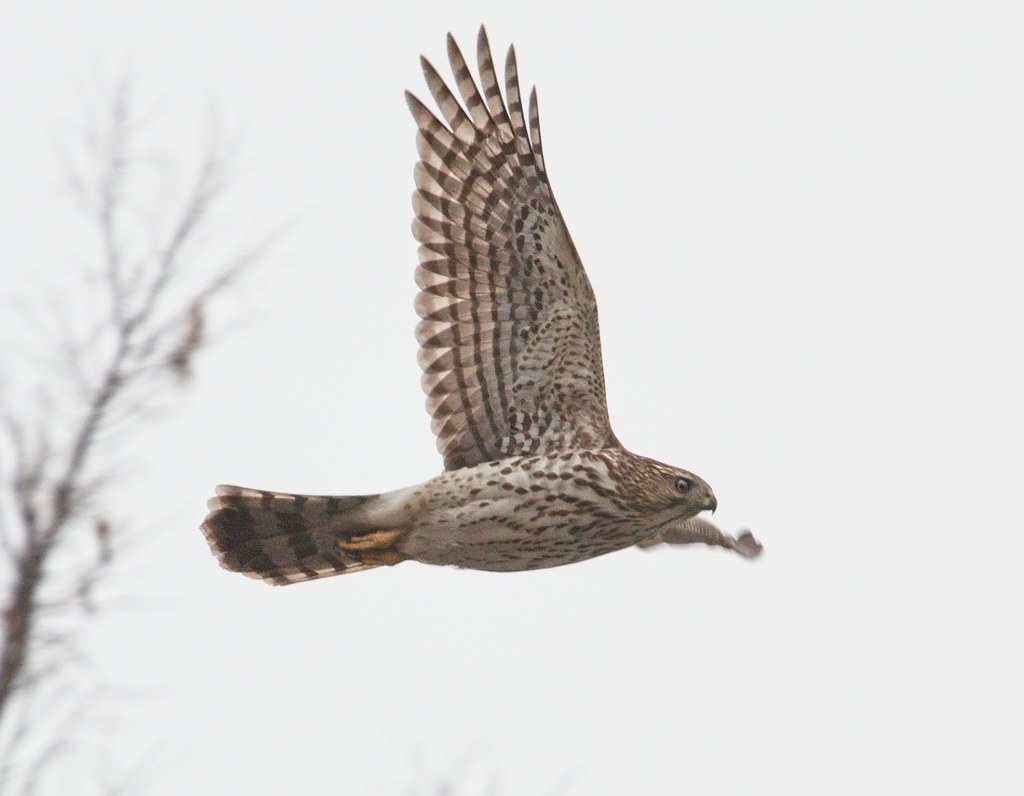 Meanwhile, down at Battery Park on Tuesday, I met this lovely immature red-tail.  It seemed to be hunting around the big lawn, then spent some time near the South Ferry terminal. 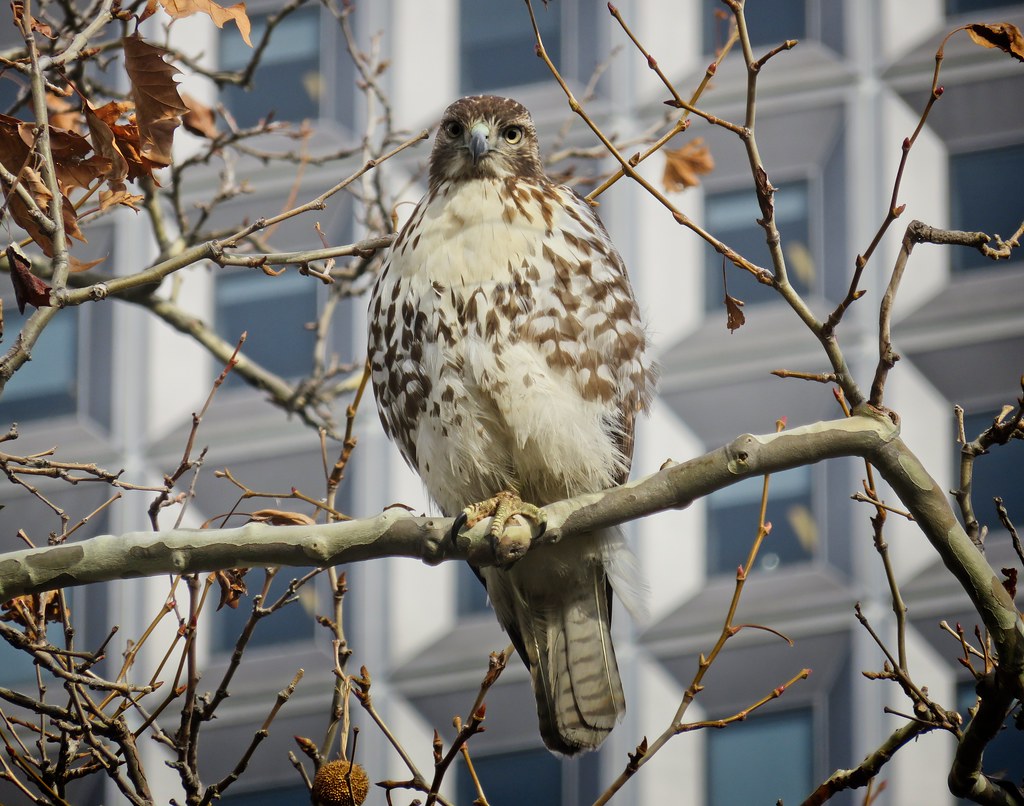 In the video below, 1 New York Plaza can be seen in the background.