It's the slow time of year for seeing a lot of hawk action in the park.  Since our fledgling left in late September, there hasn't been much excitement to report, but Christo and Amelia are definitely around and can be seen in Tompkins Square and the surrounding neighborhood.

There was some confusion when a young hawk was seen hunting behind the bathrooms late one afternoon.  I thought it was the resident fledgling, but a closer look proved it to be a different young Red-Tail (below).  The face was much lighter, the markings on the chest were not quite right, and the tail was completely different.  Urban Hawks has more on this handsome young stranger. 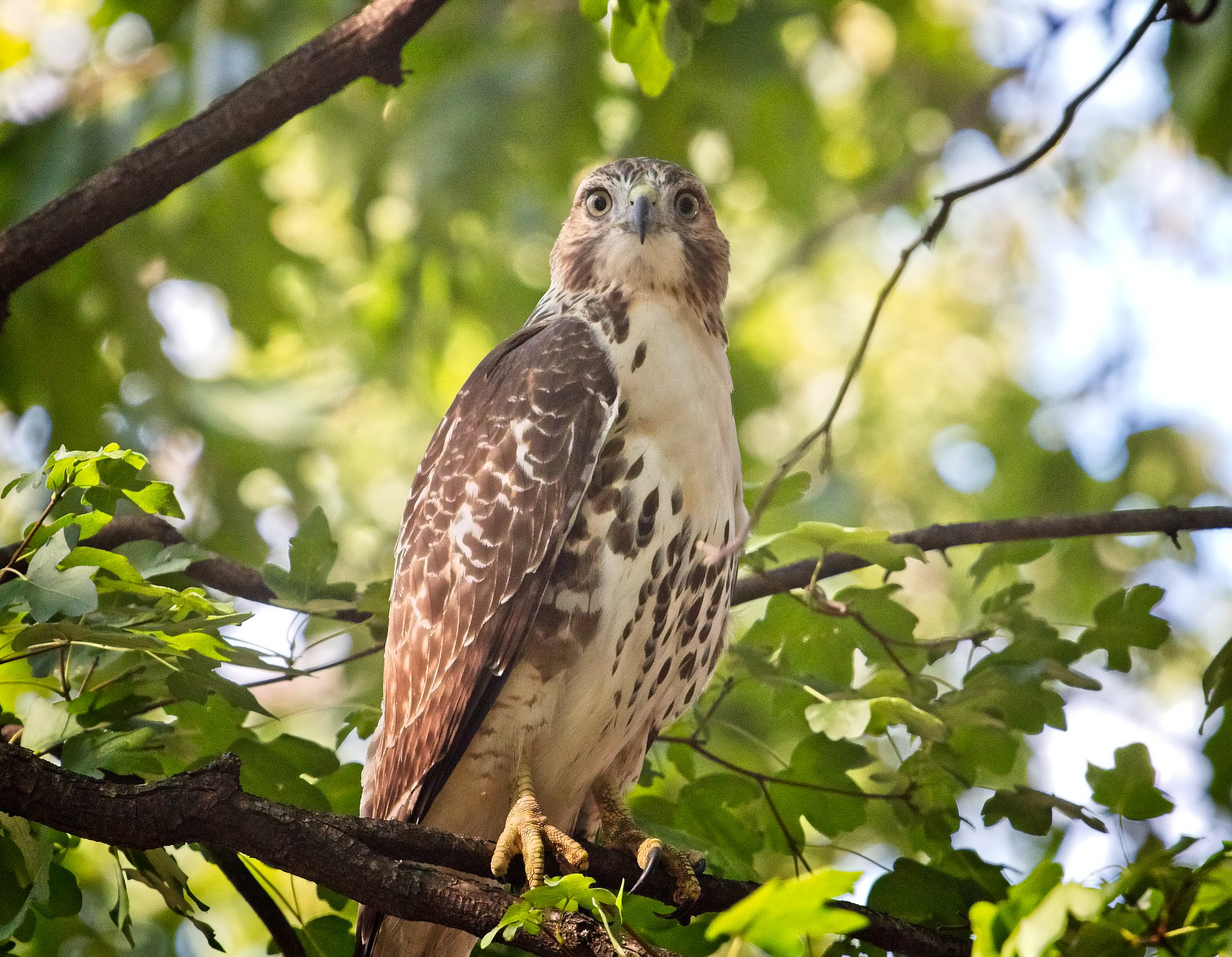 Christo seems to be back to his old schedule of turning up behind the park offices at dusk to hunt for dinner. As the sun goes down, the rats come out and Christo is there.  Below, he gets harassed by a Blue Jay, something the hawks calmly endure all the time. 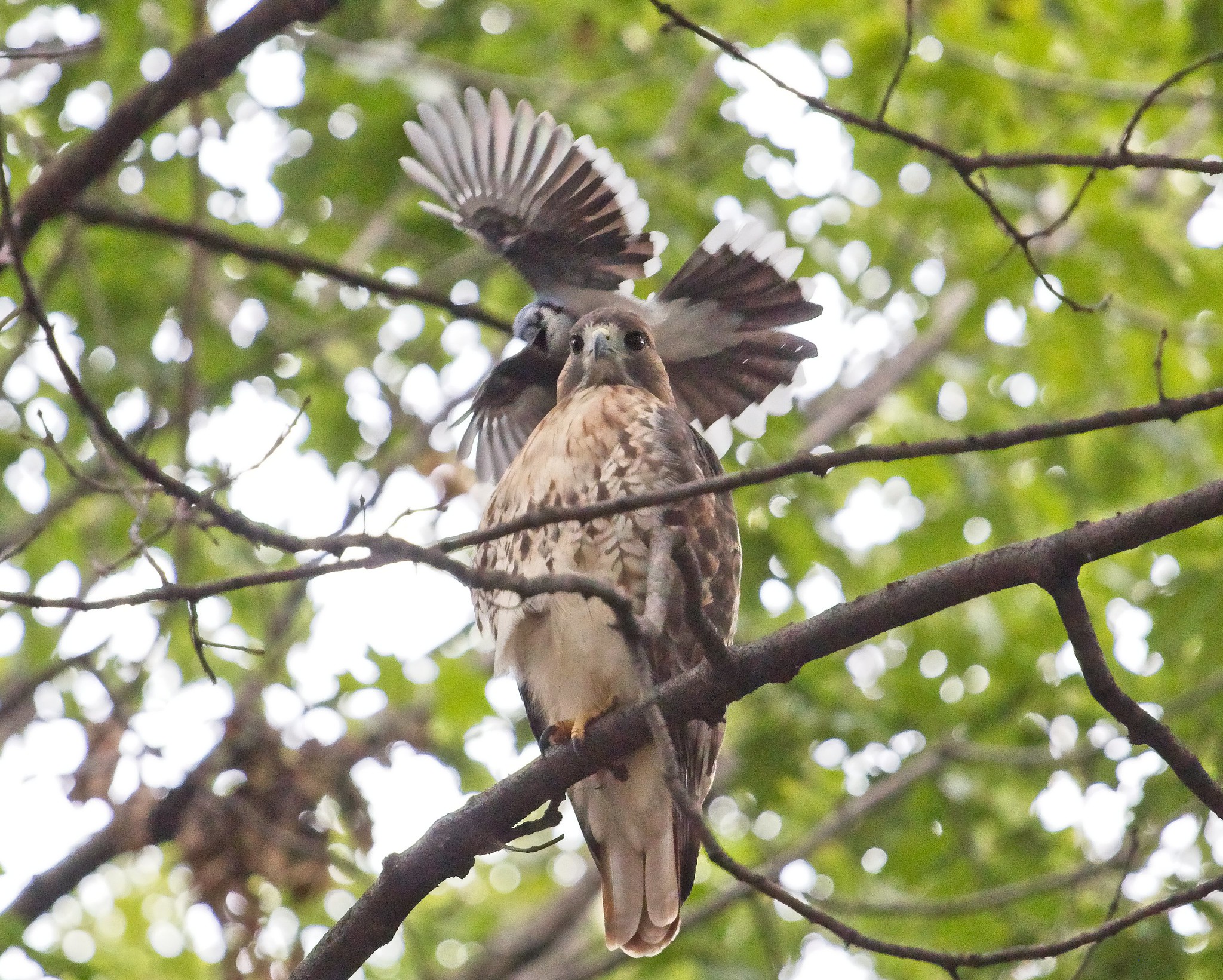 After suffering some raptor withdrawal, I got my fix by attending the Blessing of the Animals at the Cathedral of St John the Divine in Morningside Heights. After the ceremonies, there were birds on display compliments of Wildlife in Need of Rescue and Rehabilitation (WINORR).

I just happened to wear my Kestrel shirt that day!

A closer look at the little guy - he was so sweet and calm.

Along with the Kestrel, a Peregrine Falcon attracted a lot of attention. I could never get this close to one in the wild. 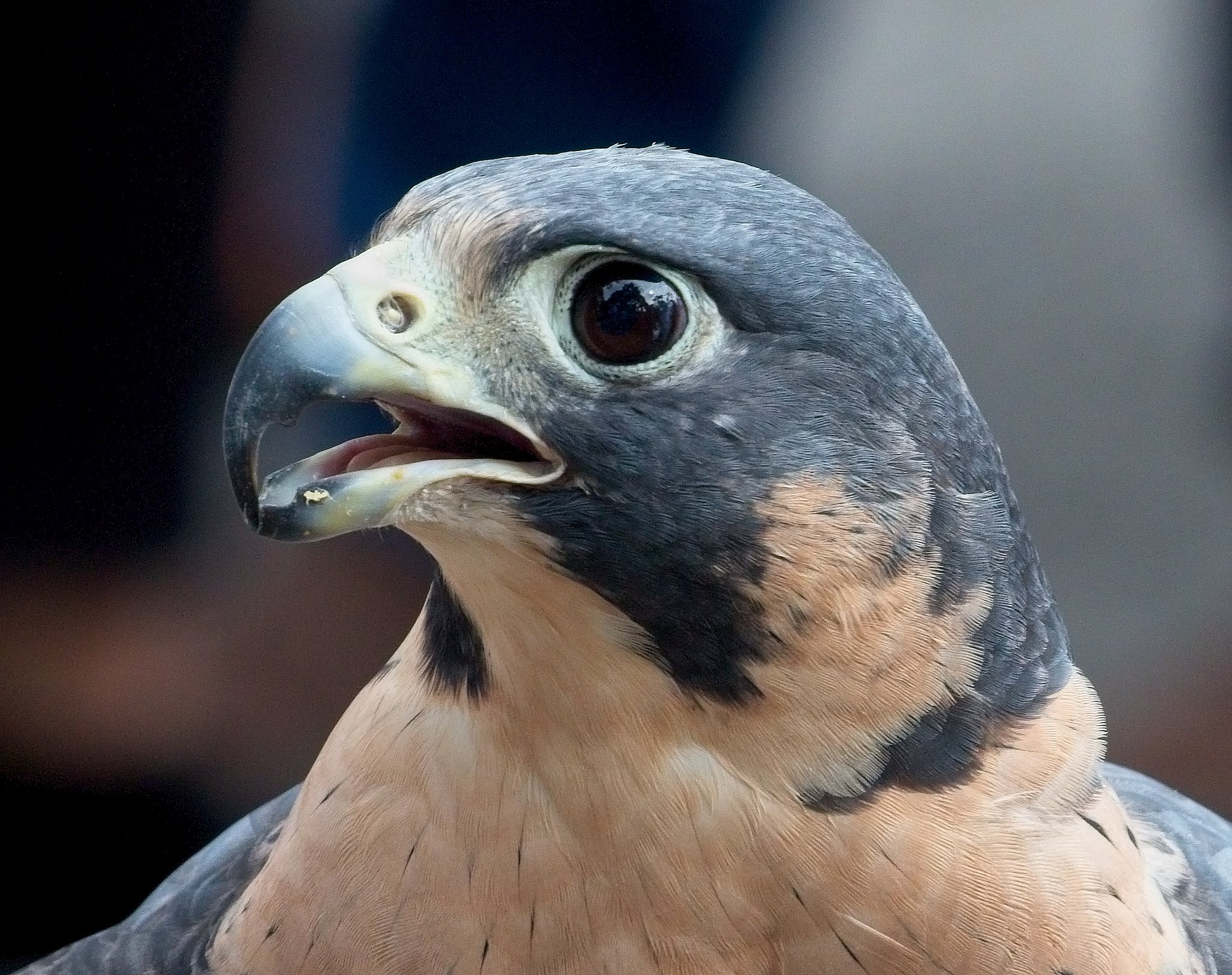 This hawk was not part of the WINORR family, but there were many birds brought in to be part of the blessing ceremonies. 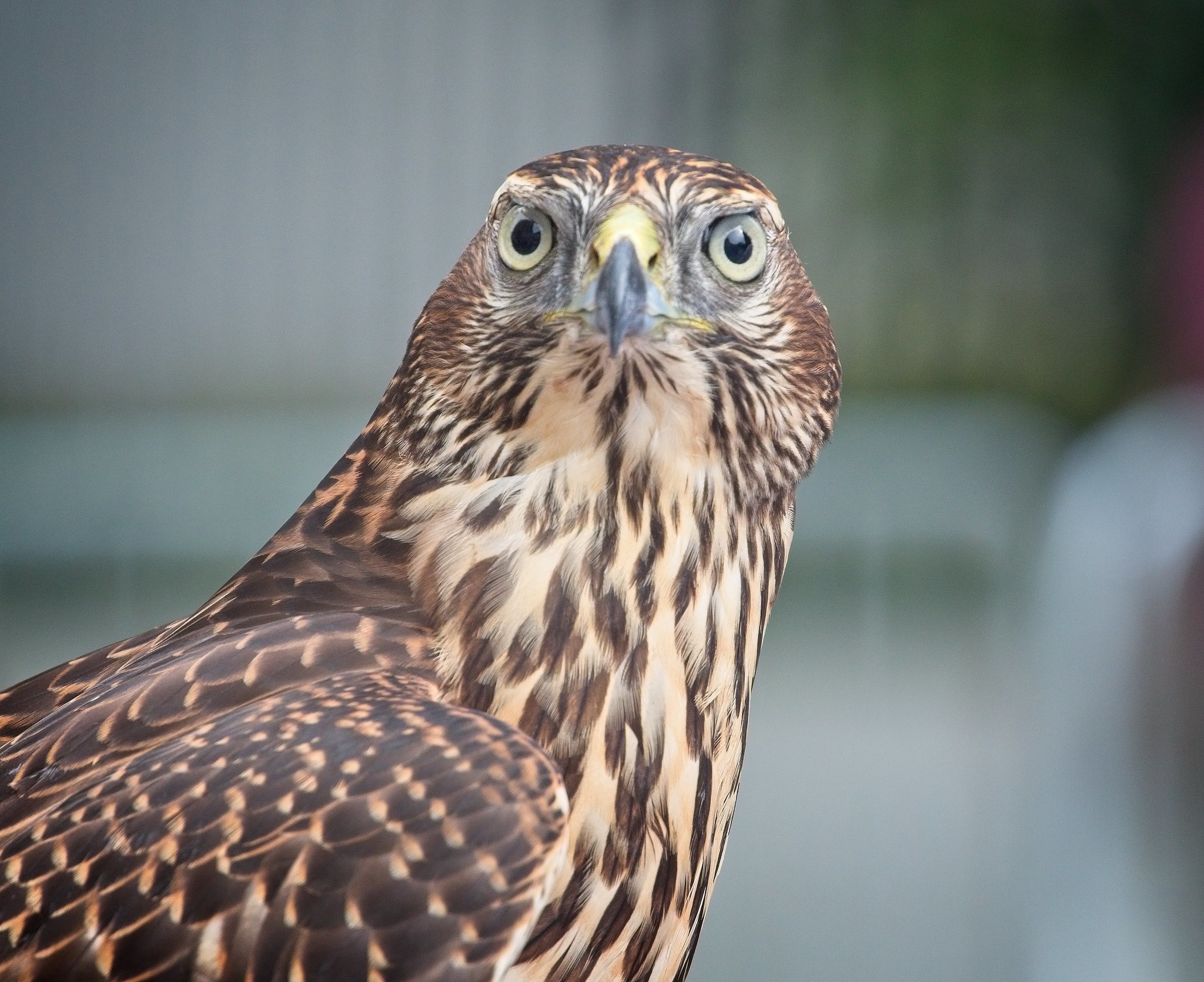 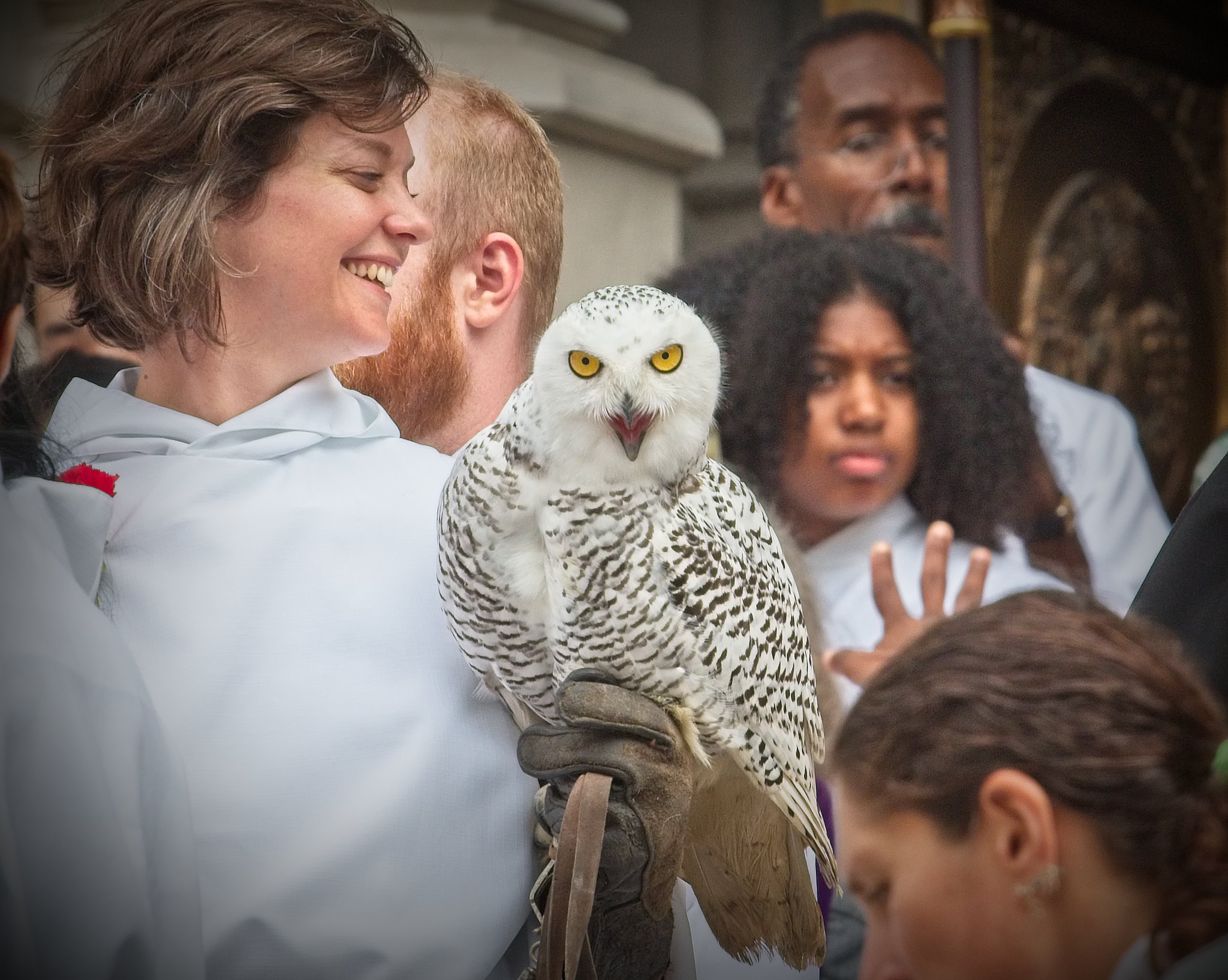 Meanwhile, one of the resident wild Red-Tailed hawks perched on Gabriel's horn atop the cathedral, overlooking Morningside Park. 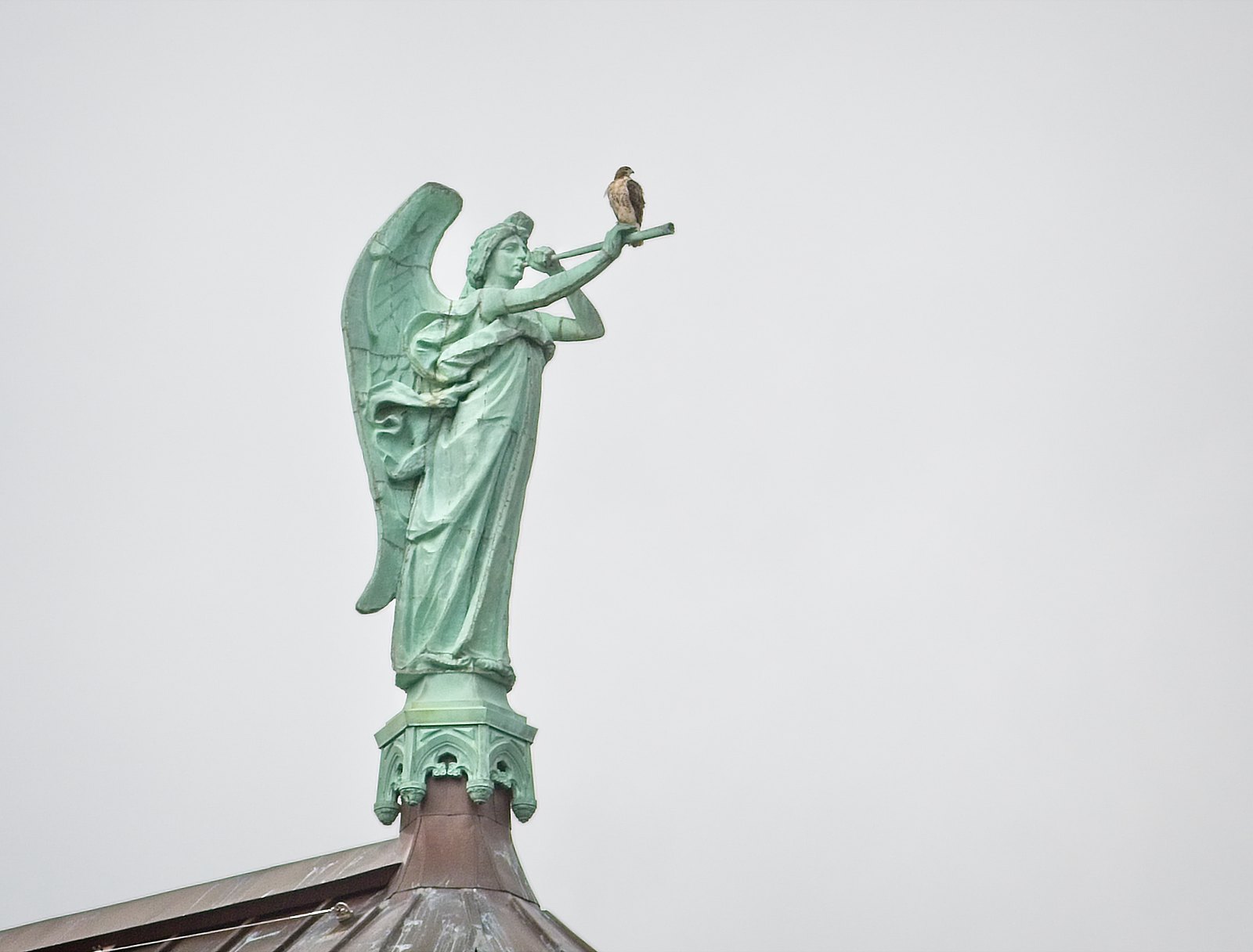 This is a popular perch for the resident hawks, as observed many times by Morningside Hawks blog. Check out the rest of his site for the history of raptors in that area.

Posted by Goggla at 3:34 PM No comments: Links to this post

There hasn't been any hawk news to report from Tompkins Square Park lately. Christo and Amelia are still around, but it seems our fledgling has ventured off on his own.  I last saw him in the park on September 27.  Below is some video I took of him that evening as he hunted for rats behind the park offices.

I don't know where the young hawks go when they leave the area, nor do I know how far they go or if they ever return. After seeing this fledgling almost daily since he hatched on/around June 1, it's been hard getting used to his absence.

This hawk nesting season in Tompkins Square saw a lot of drama, which included:

For those wondering about the condition of Dora, she is still with WINORR and they report she has  a new mate and is doing well.


Posted by Goggla at 7:47 PM No comments: Links to this post