Yesterday, I wrote about the Moondance Diner, which led me to fondly remember The Cheyenne.  This was another iconic NYC steel-framed railcar diner that made newspaper headlines when it closed in 2008.  Much was written about it at the time, so there's no need to re-open old wounds now, but like the Moondance, the Cheyenne is (we hope) getting a second chance at life.  Thanks to preservationist Michael Perlman, the Cheyenne avoided the scrapyard and instead relocated to Birmingham, Alabama, where (as of today) it is still awaiting its grand re-opening.

Anyway, I used to live in the area and loved nothing more than spending a couple of quiet hours on a Sunday having lunch in a booth by the window, watching the traffic on 9th Avenue and activity at the Farley Post Office building across the street.  Cabbies liked to hang out in here, too, so there was almost always a line of taxis parked outside and drivers at the counter chatting about their fares. 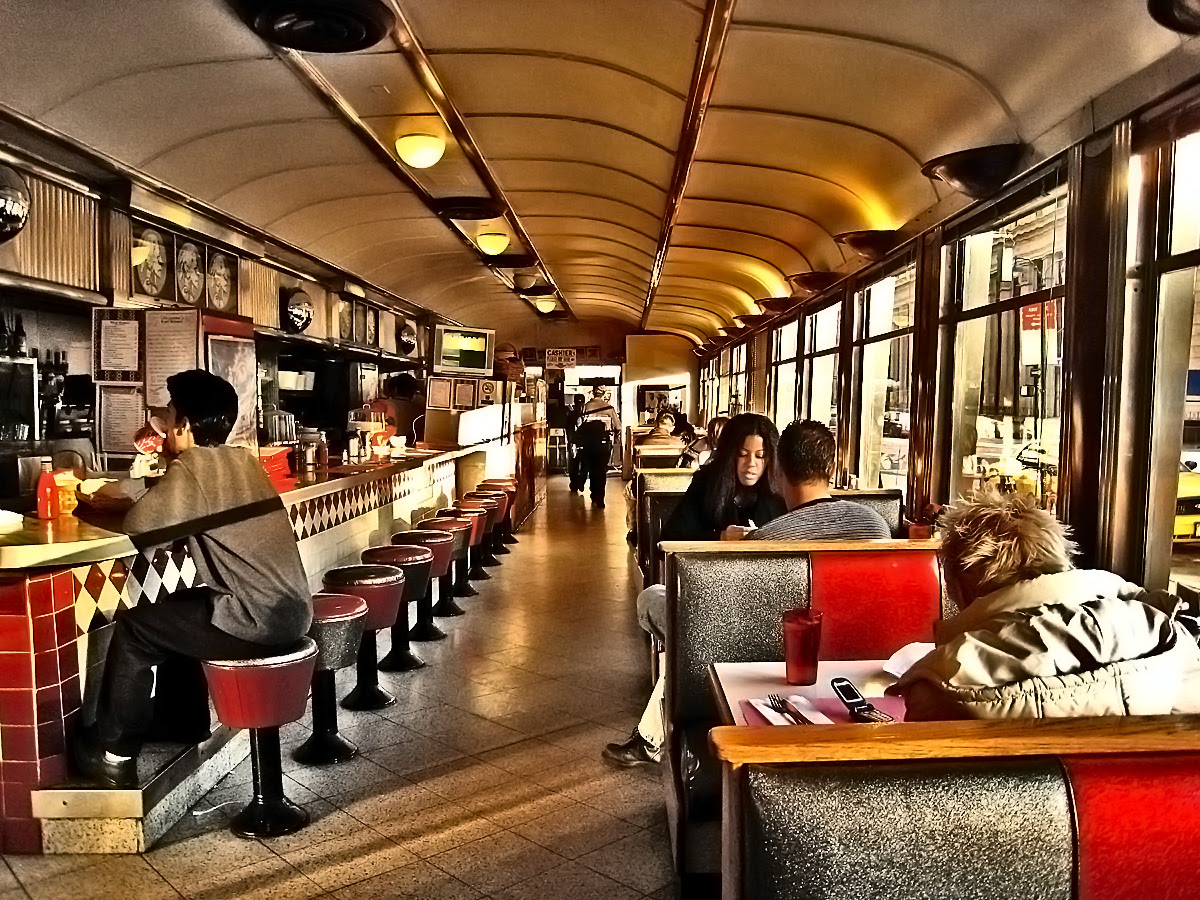 The Cheyenne was gorgeous at night. 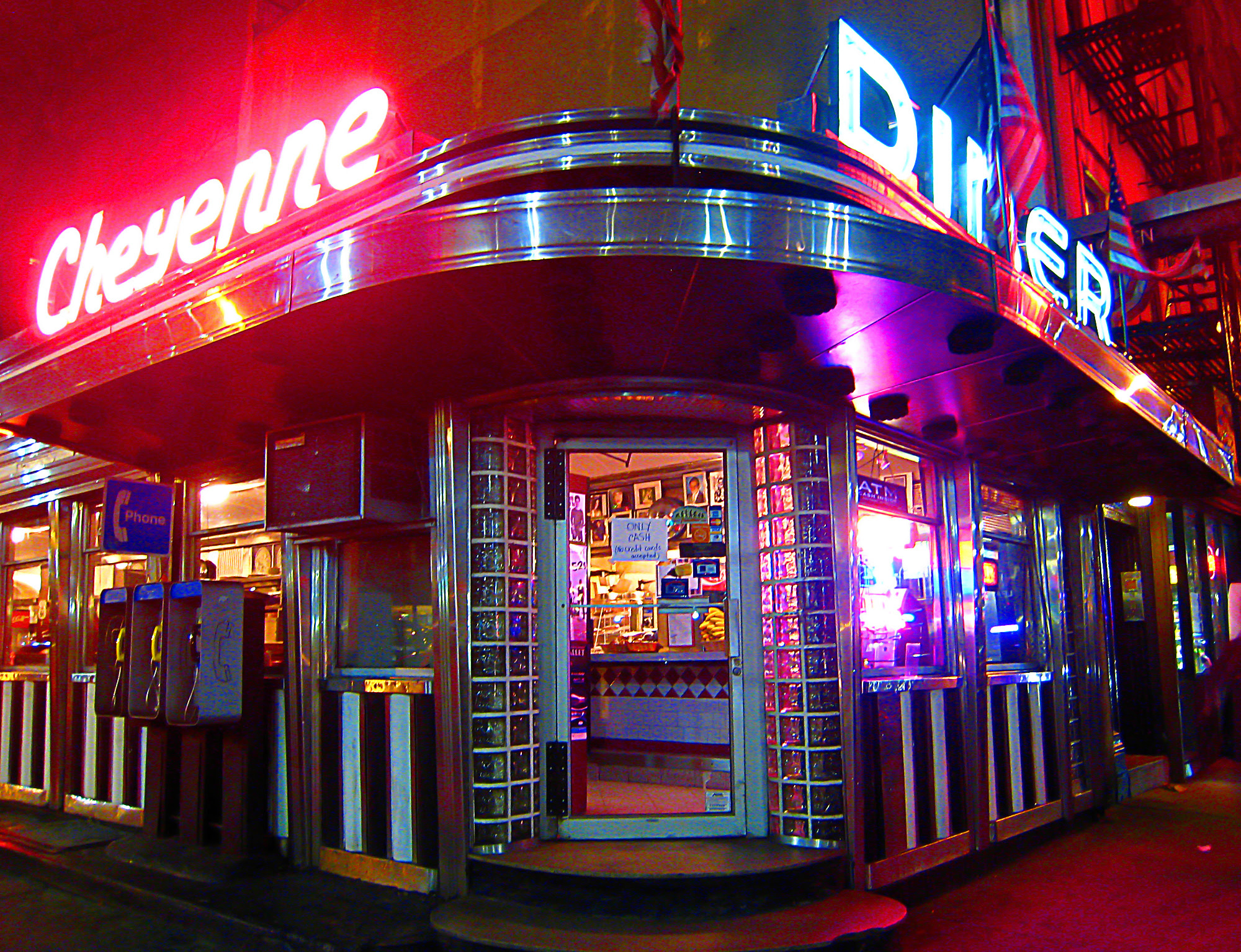 By day, its streamlined curves, stripes, glass blocks and neon brought a touch of elegance to W 33rd Street. 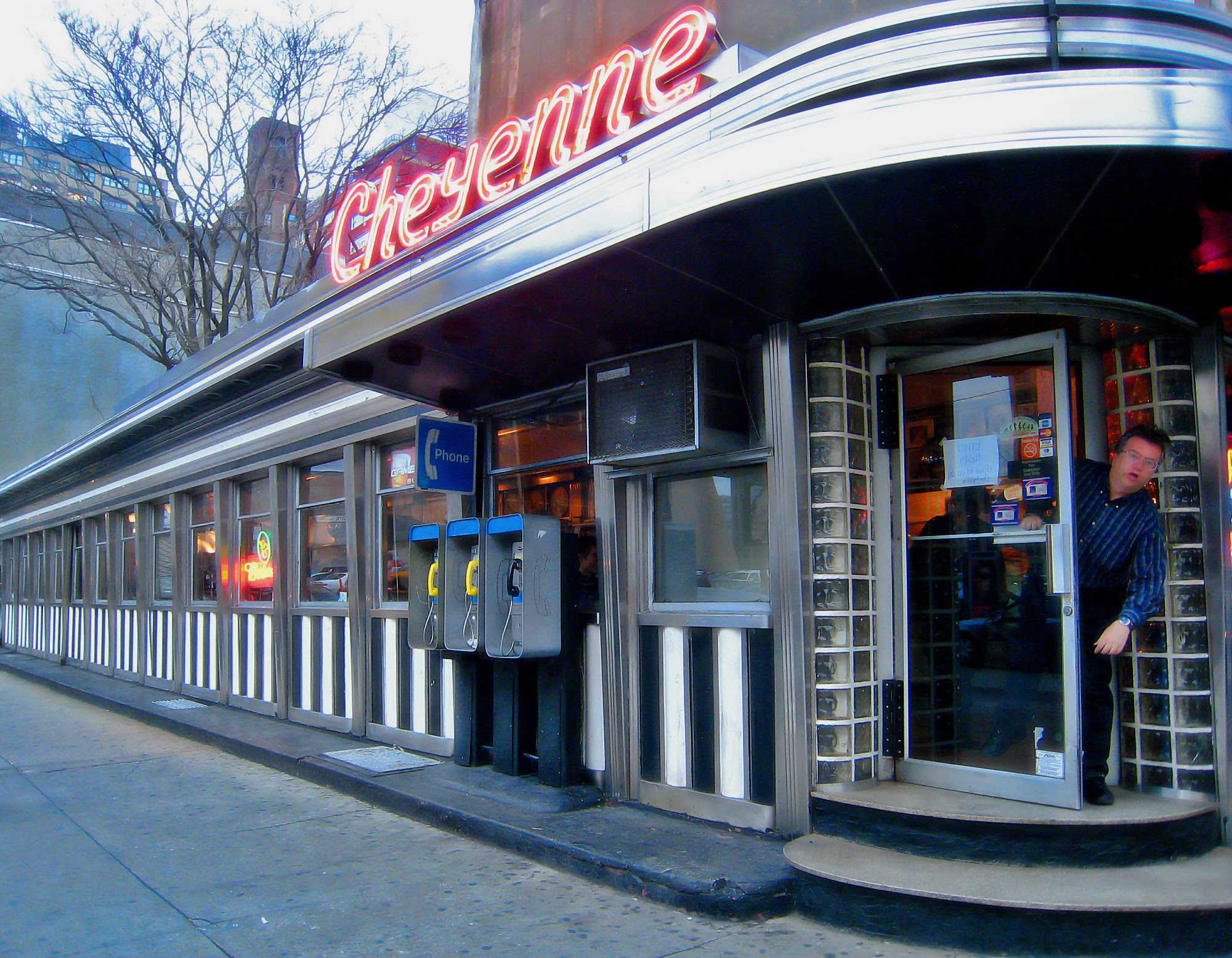 The interior western-themed decor was offset by classic 1940s elements like this round mirror behind the counter. 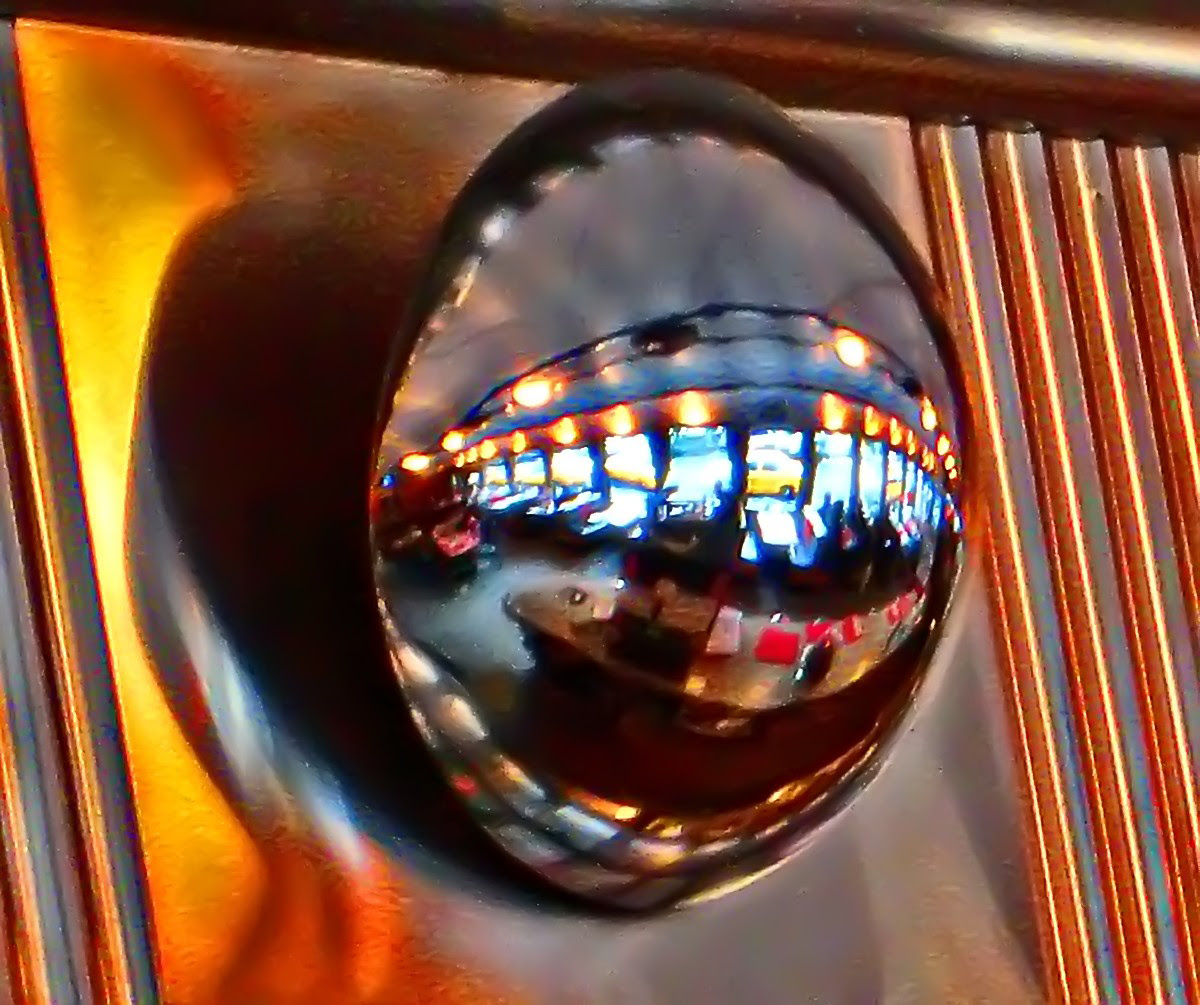 Although known for its buffalo burgers, I liked the eggs (and bacon!).  I made it a tradition every Easter to have a ham and cheese omelet in here. 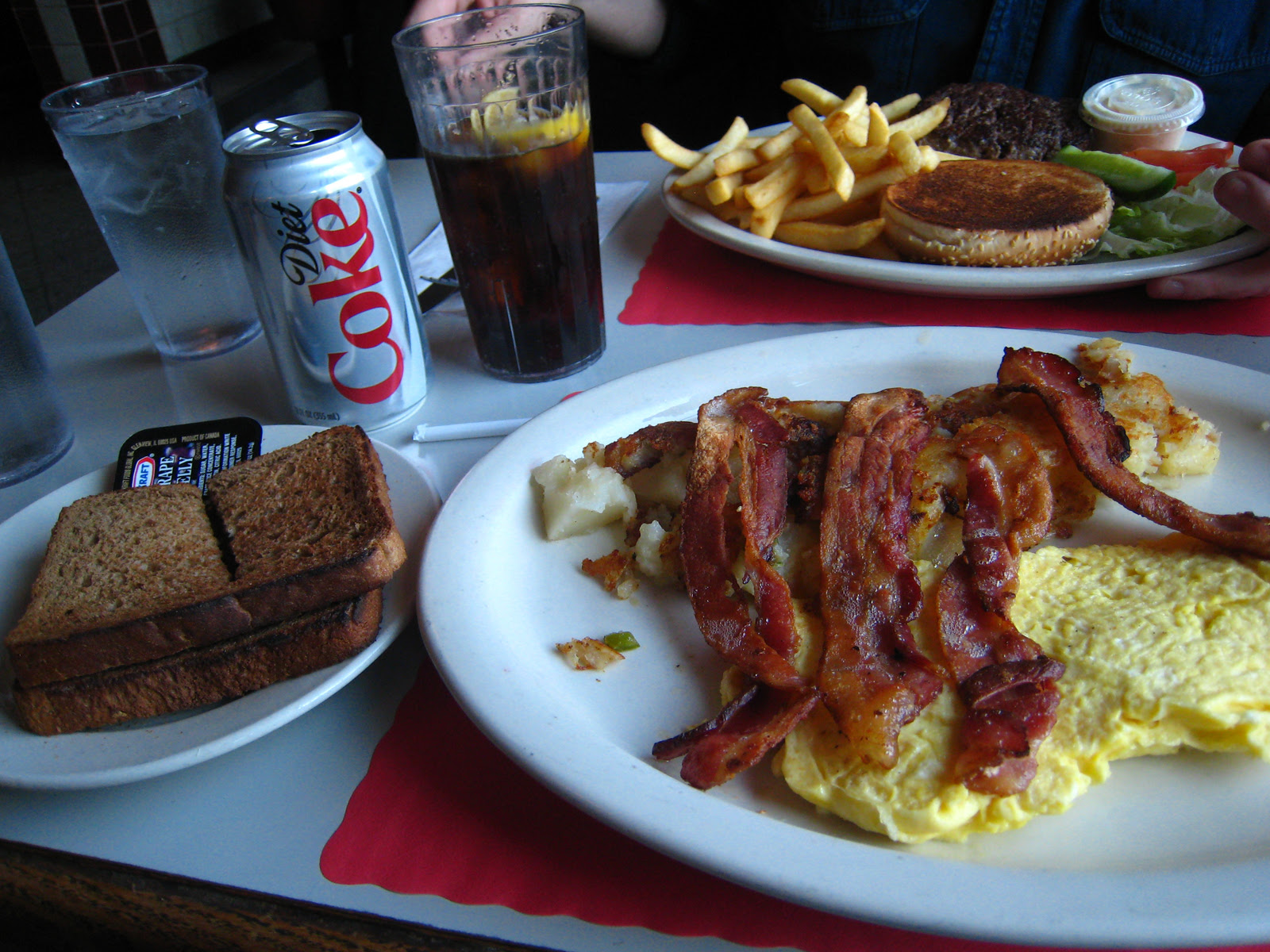 After seeing the Moondance and Cheyenne picked up by flatbed trucks and driven away to other states, I had hopes that more preservation work like this would become popular. To date, I don't know of any other diner (or business) that has had this treatment. When the Cheyenne was sold, the plan was to build a 9-story luxury condo in its place. To date, that has not happened and the lot is still empty.

In this time of over-development, it's hard to imagine places like the Cheyenne existing in the city again.  Where there used to be many unique, hole-in-the wall, family-owned neighborhood hangouts where one could go and be met with familiar faces and friendly greetings, there are now generic, anonymous and forgettable chains or, as in this case, nothing.  I hope the Moondance and Cheyenne continue to live on in their new cities and that the people in those places love them as much as I do.  It seems New York is no longer able to care for its own children, so we must send the ones we love off to foster care...if that's the only other option other than total destruction, I'm all for it.

For more history and photos of the Cheyenne can be found at Forgotten New York.
Posted by Laura Goggin Photography at 11:53 AM