Sometimes, little things get to me.

Once such instance happened the other day as I walked home from work and came upon a dumpster in the street. What drew my attention was a sad-looking elderly man standing next to it while a little girl excitedly pulled a game of Operation out of the pile, saying, "Look, it's a real Operation game, Grandpa!" He nodded at her, but seemed uninterested in her discovery. As I approached, I saw the dumpster was full of records, books, games, toys and some other interesting items. This stuff looked pretty good - too good to be in the trash.

Then I saw this envelope...

It looked important, so I pulled it off the pile. 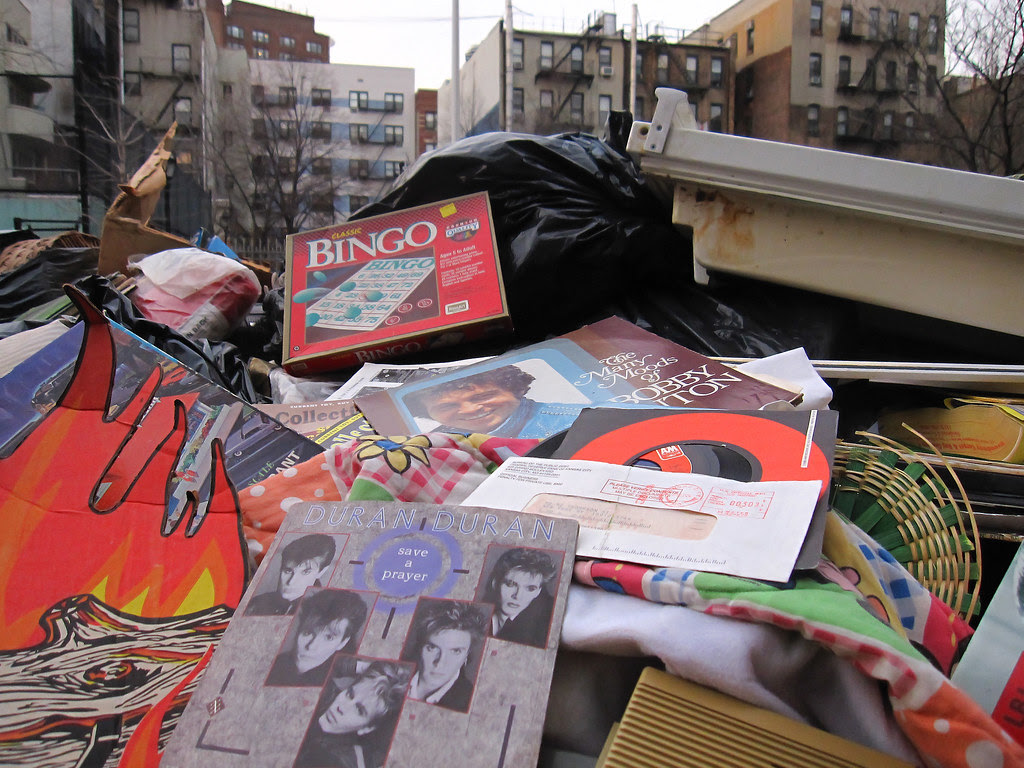 It was a social security check.

That's when the elderly man turned to me and, with a vacant look on his face, said, "He was such a nice man." 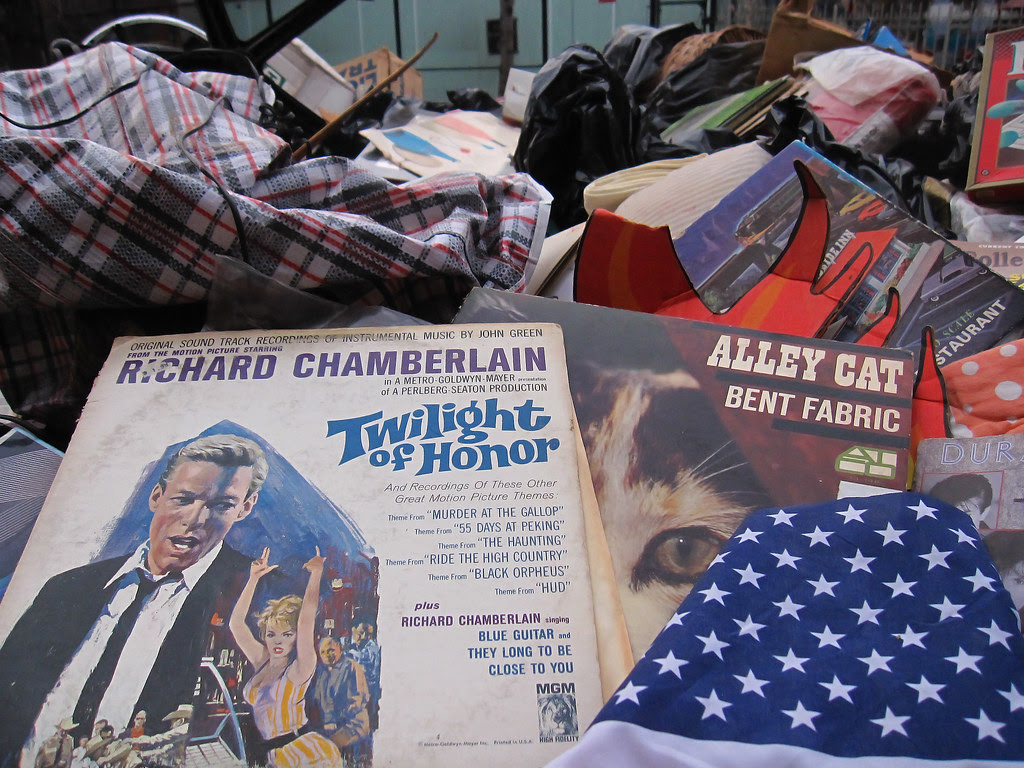 He went on to tell me the owner of the contents had lived in the building behind us for many decades and had passed away. The new landlord had bagged up the entire contents of the apartment that morning and threw it all down the stairs. No one had come to clean out the apartment, sell anything, give things to charity or even salvage anything of value. 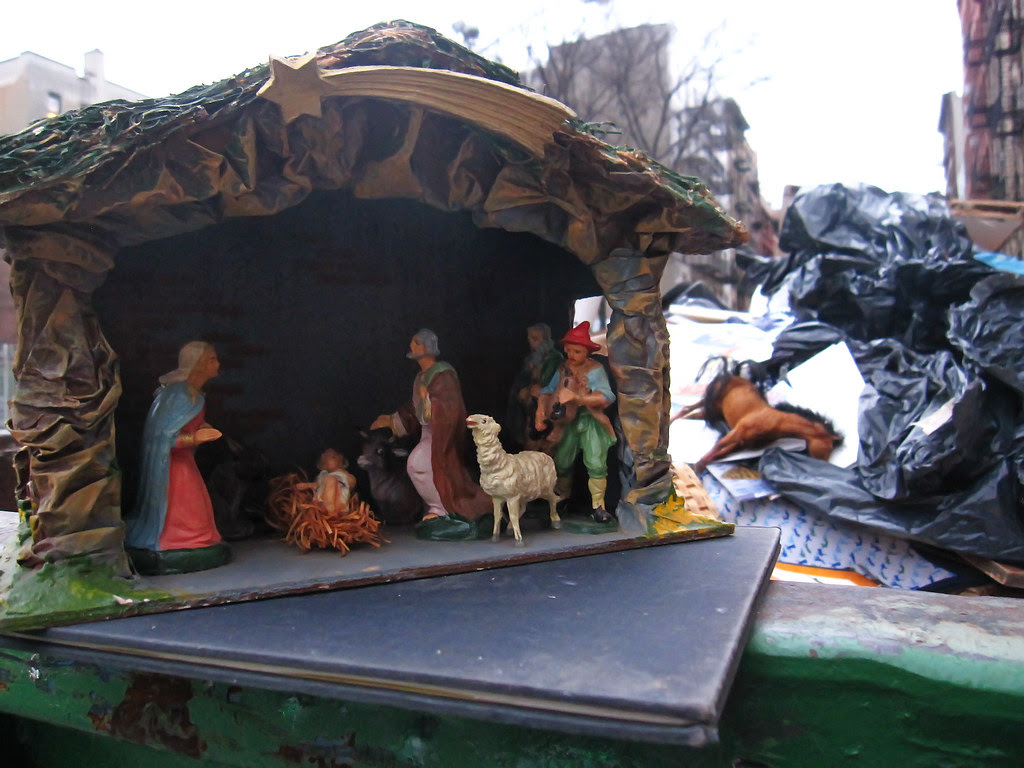 By this time, people were gathering around the dumpster and pulling things out. There were some very nice books a young man was collecting in a stack. The little girl pulled out a Battleship game. The old man said there were many bags at the bottom of the dumpster and seemed to be waiting for people to dig down far enough to reach them.

I pushed aside a 1977 Saturday Evening Post featuring Jane Pauley and pulled out a black book with 'Archdiocese of New York' stamped in gold on the cover. Inside was a diploma. This was not right. I showed it to the man and he sucked in his breath. "That's him!" he said. "He was so nice...I can't believe they did this." He said he knew the family lived in Staten Island, so I gave him the diploma and said if he couldn't pass it on to them, I would.

In the photo below, the paper under the horse is a letter regarding a last will and testament, which appeared to be that of the deceased man's father. This was getting to be too upsetting, so I walked away. 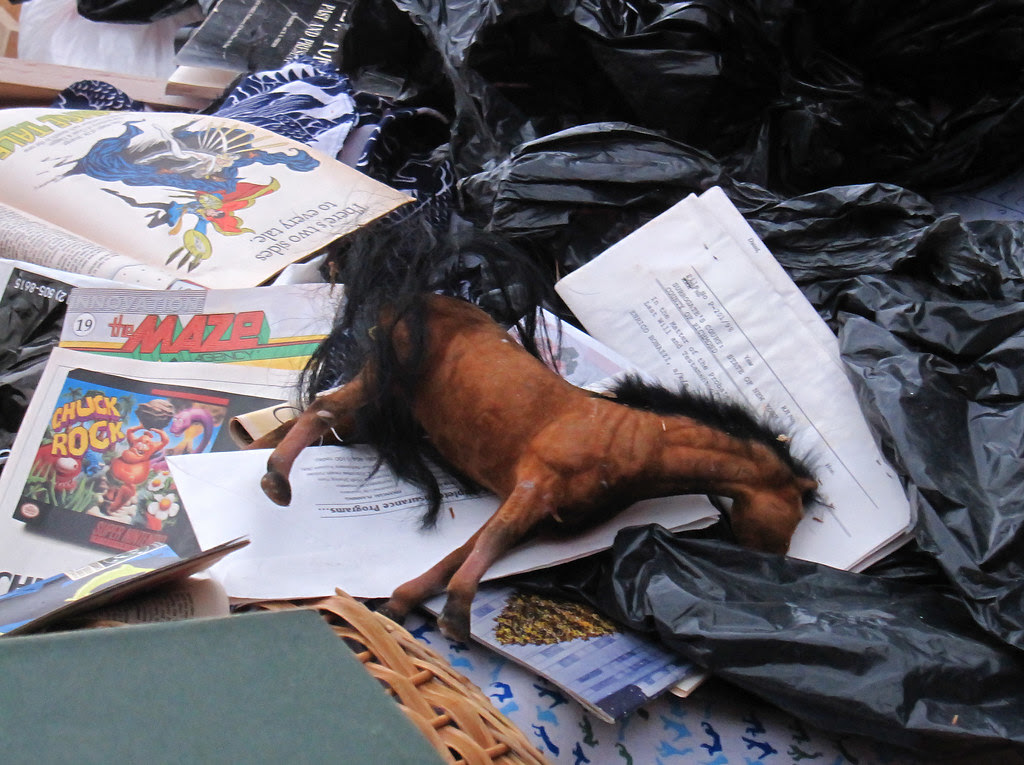 The following day, I hoped to find the dumpster empty, its contents taken away by people who would enjoy the games, books, records and toys. There wasn't much left, but my heart sank when I saw this: 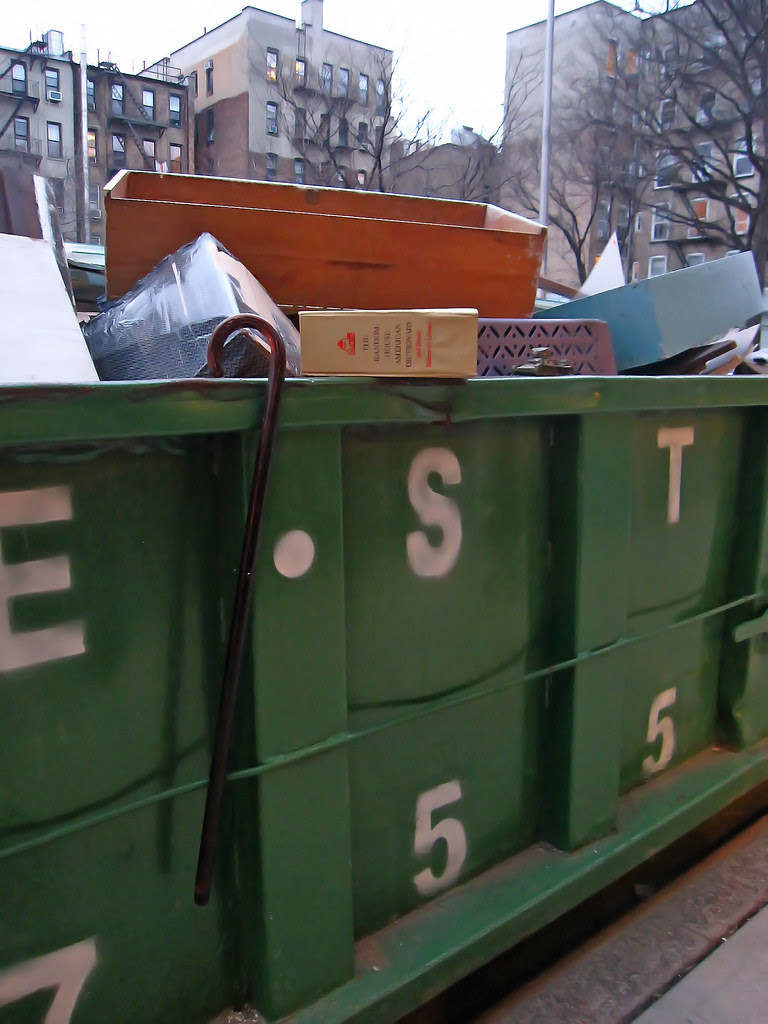