I'm convinced this juvenile red-tailed hawk is completely deranged.  Recently, it's been acting odd - flying around wildly, diving, jumping, frolicking in the grass, dive-bombing squirrels, and just being generally over-energized without actually accomplishing anything. 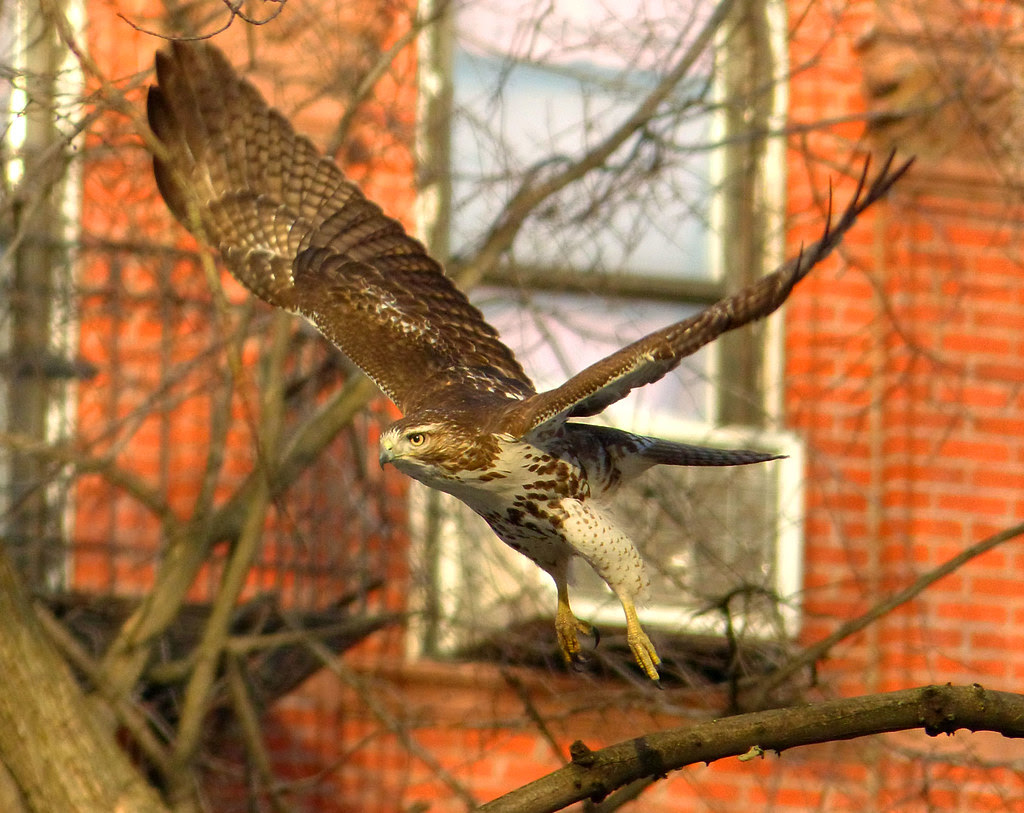 This is not the same bird who bashed into the bus stop.  When that happened, I was worried the bird suffered head trauma, but this is a different bird.  There's always the worry that the hawks might ingest poison or suffer illness or injury...or I might be completely over-thinking things and maybe this hawk is naturally crazed.  I hope that's the case. 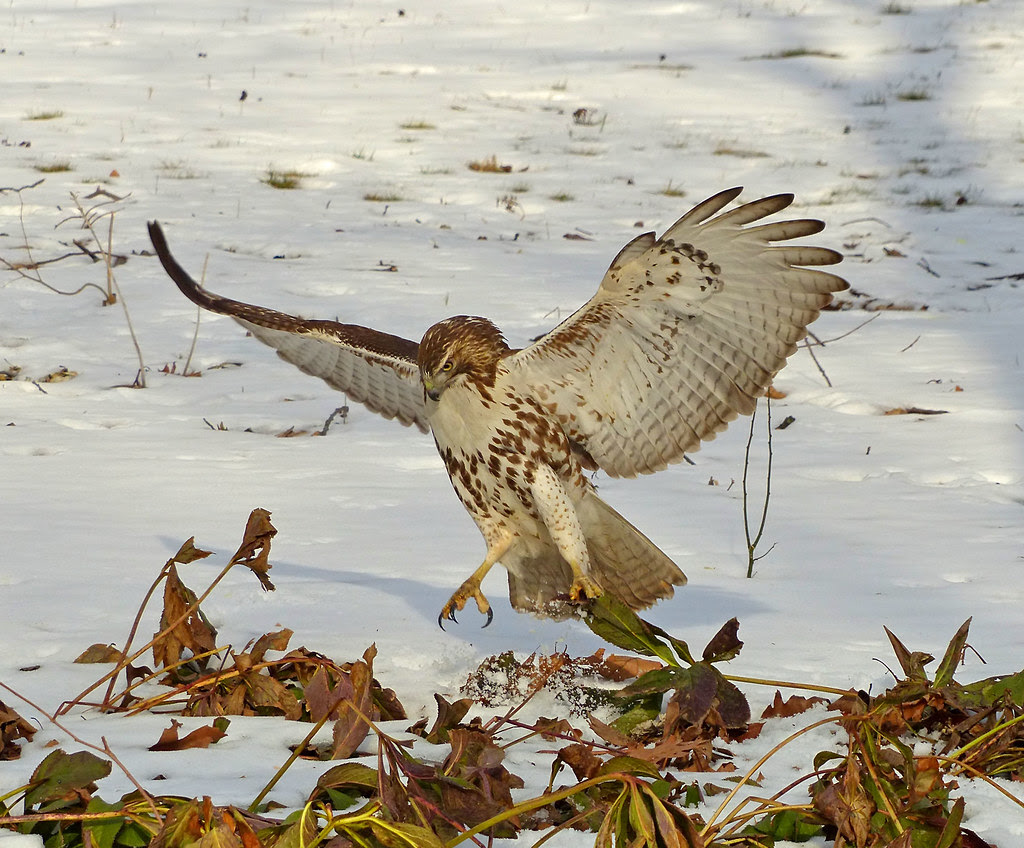 It kept plowing into these fir trees, scattering the sparrows and then awkwardly climbing around inside the tree.  It did this about ten times. 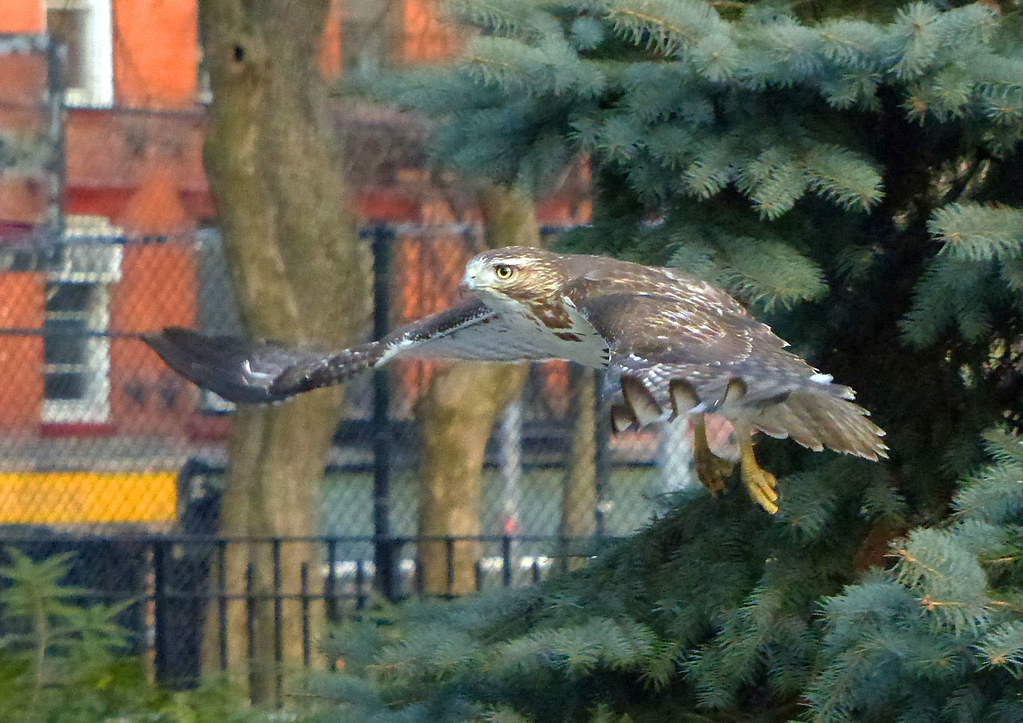 Here is Crazy going after a squirrel.  The squirrel safely hid inside the box until the bird left. 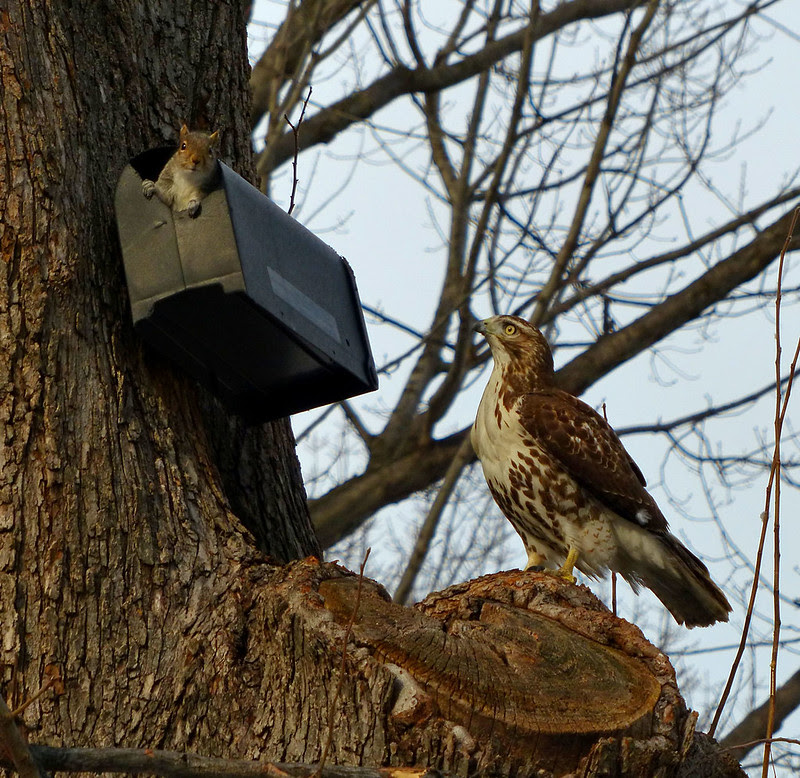 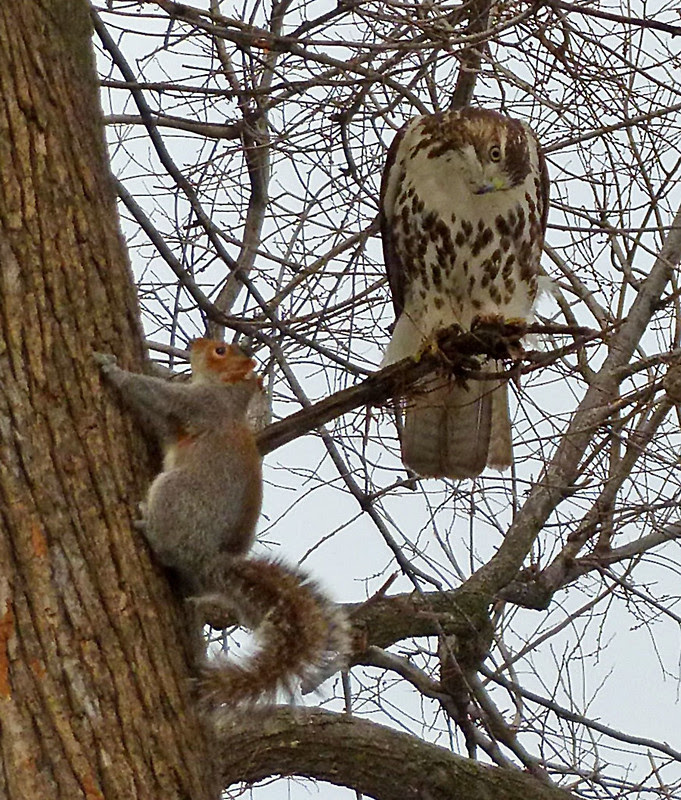 Diving through a bench to (fail to) get at that fat rat... 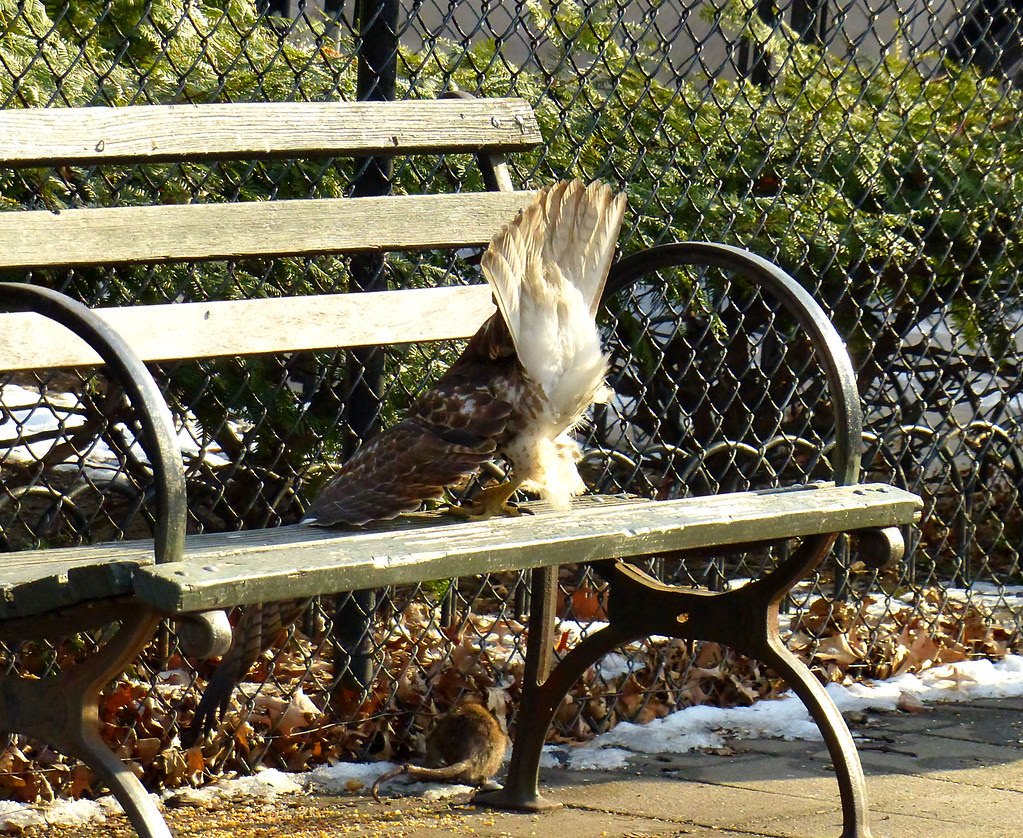 Playing run-around-the-garbage-can with a rat.  I think this rat was sick as it didn't care about the hawk at all.  And, although presented with numerous opportunities, the hawk never killed a rat. 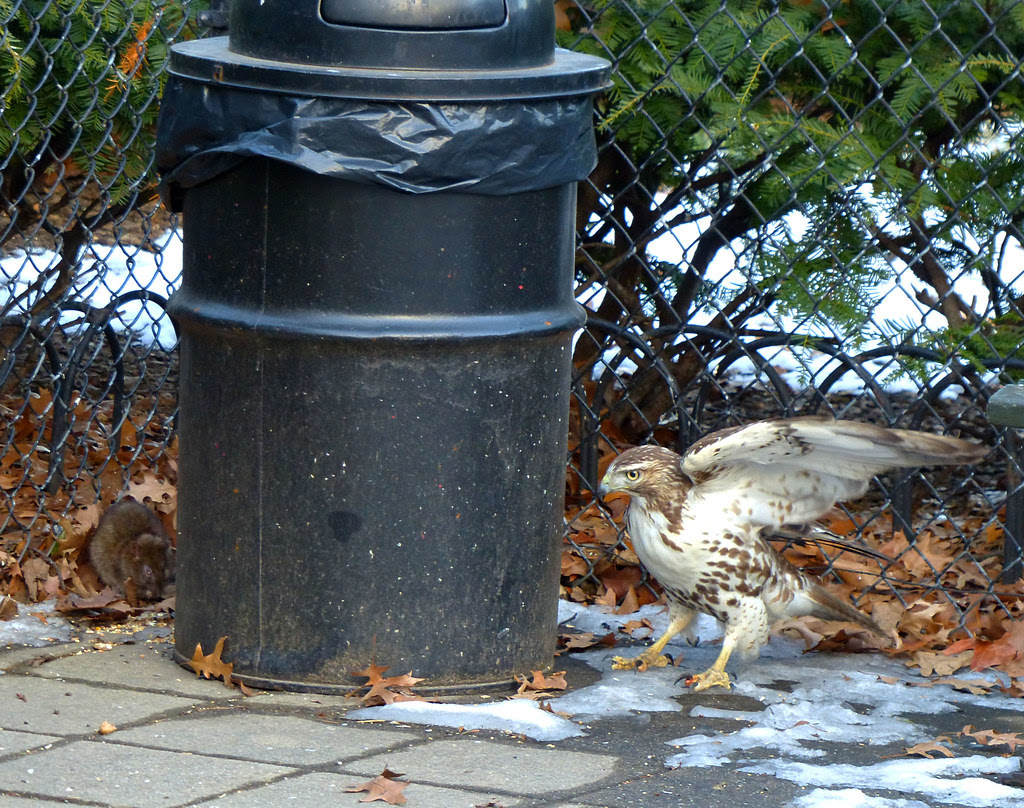 After almost three hours of chasing anything that moved, and sometimes things that didn't move, Crazy caught a mouse.  This made me feel better as I worry the bird isn't getting enough to eat.  It did a clumsy job catching the mouse and couldn't kill it right away.  Eventually, it cut the mouse in half, ate it in two bites, then resumed its frantic behavior. 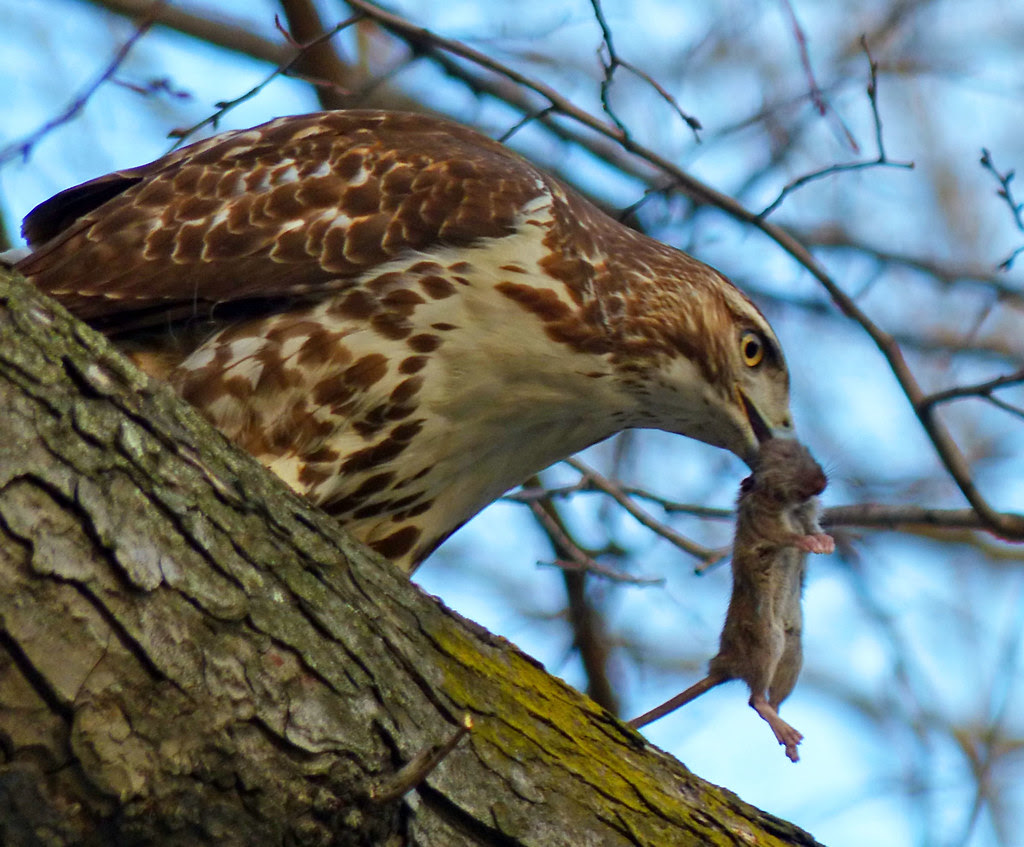 I hope you're ok, Crazy Bird! 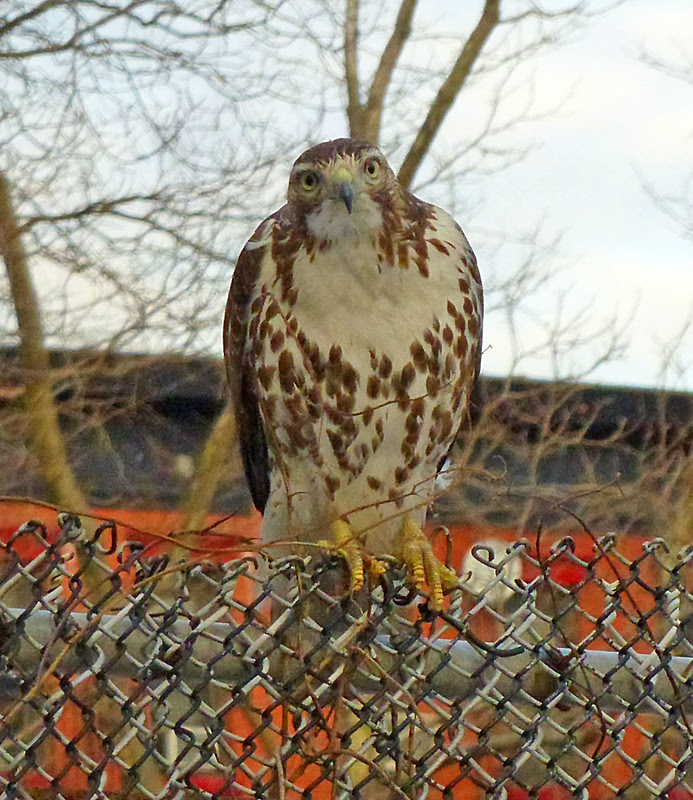