I've still not confirmed whether or not Dora (I'm going to start using names) laid an egg yesterday, but the hawks' behavior today is consistent with that possibility.

Both of them spent a lot of time on the nest. 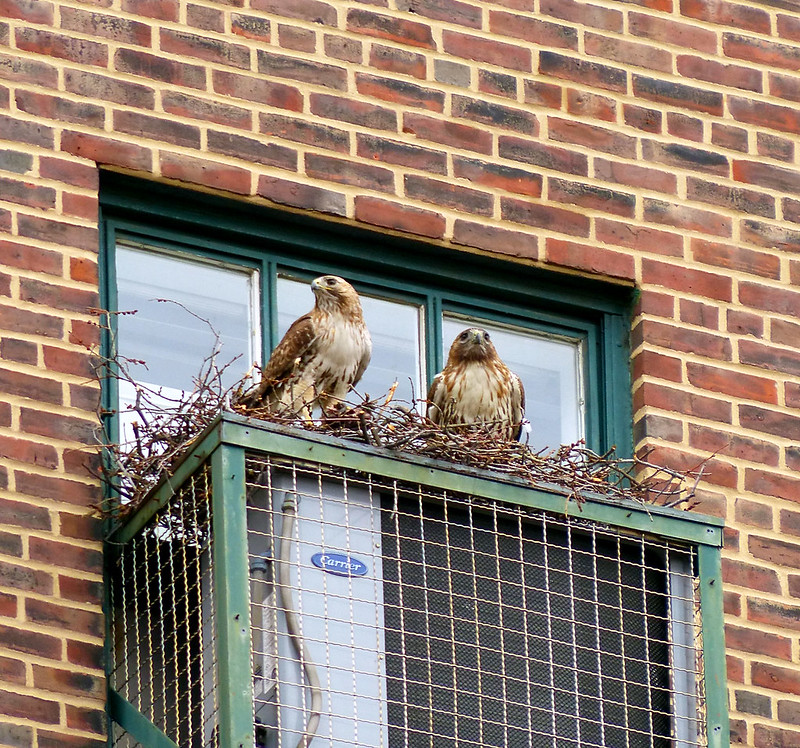 Christo continued to bring nest material up for Dora's approval.  Here, he shows her something furry (and rather nasty): 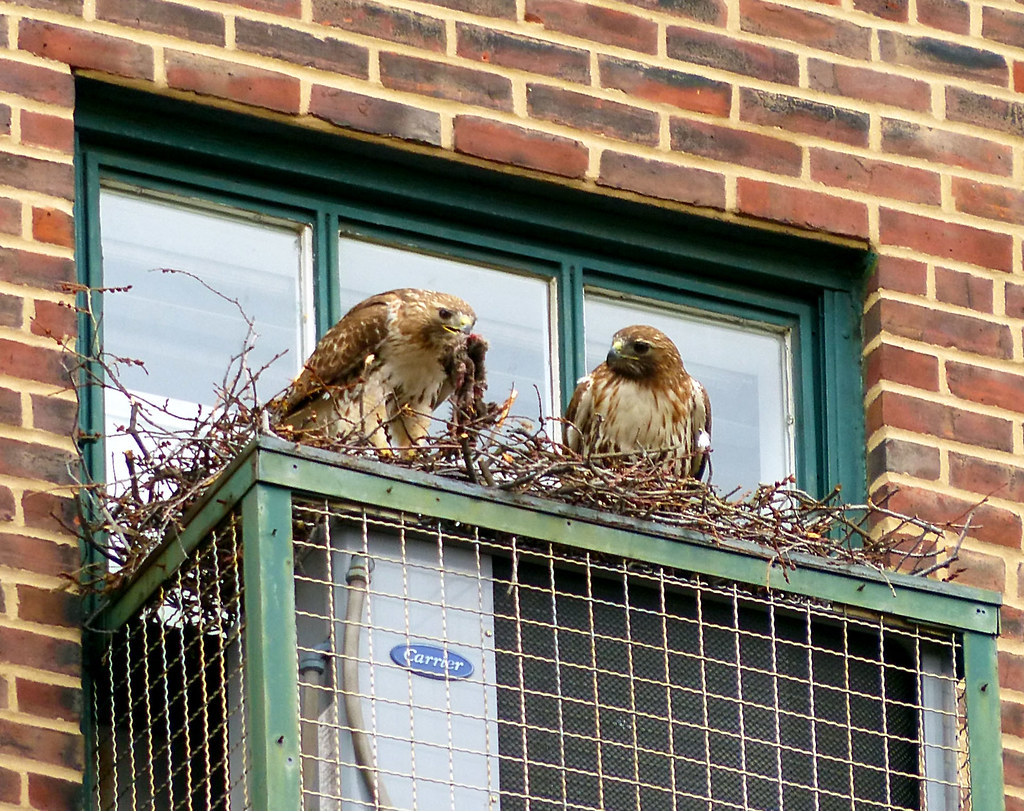 She rejects it and he carries it away. 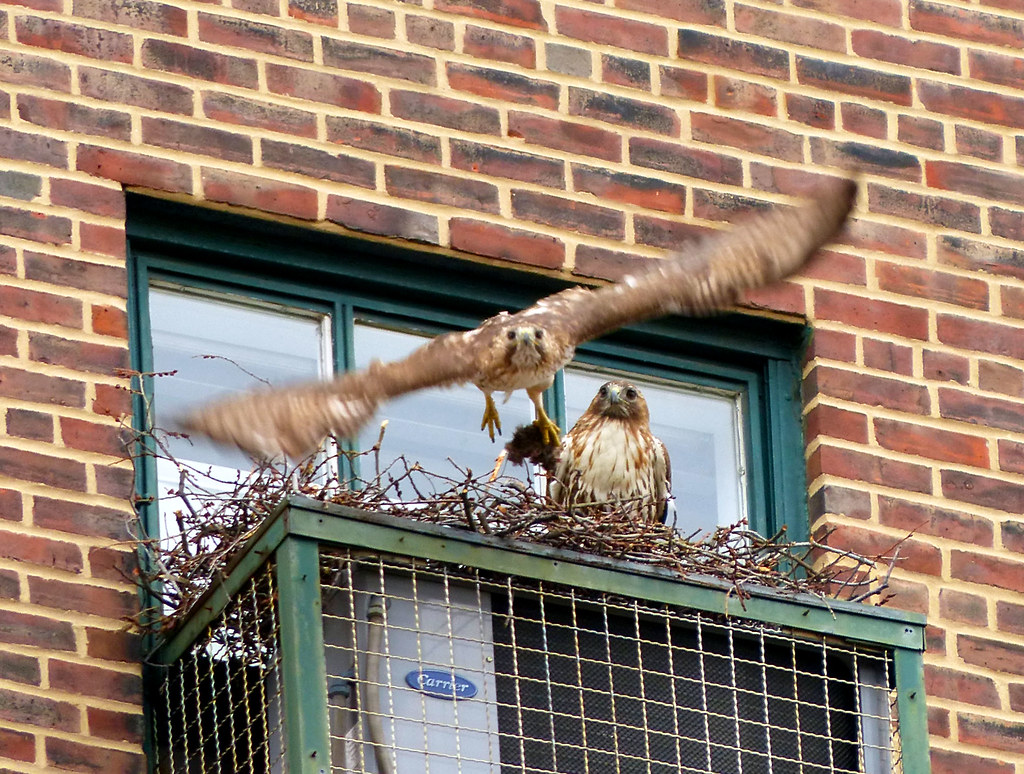 He has a go at collecting some bark.  You can see by the condition of the tree that he's done this many times before. 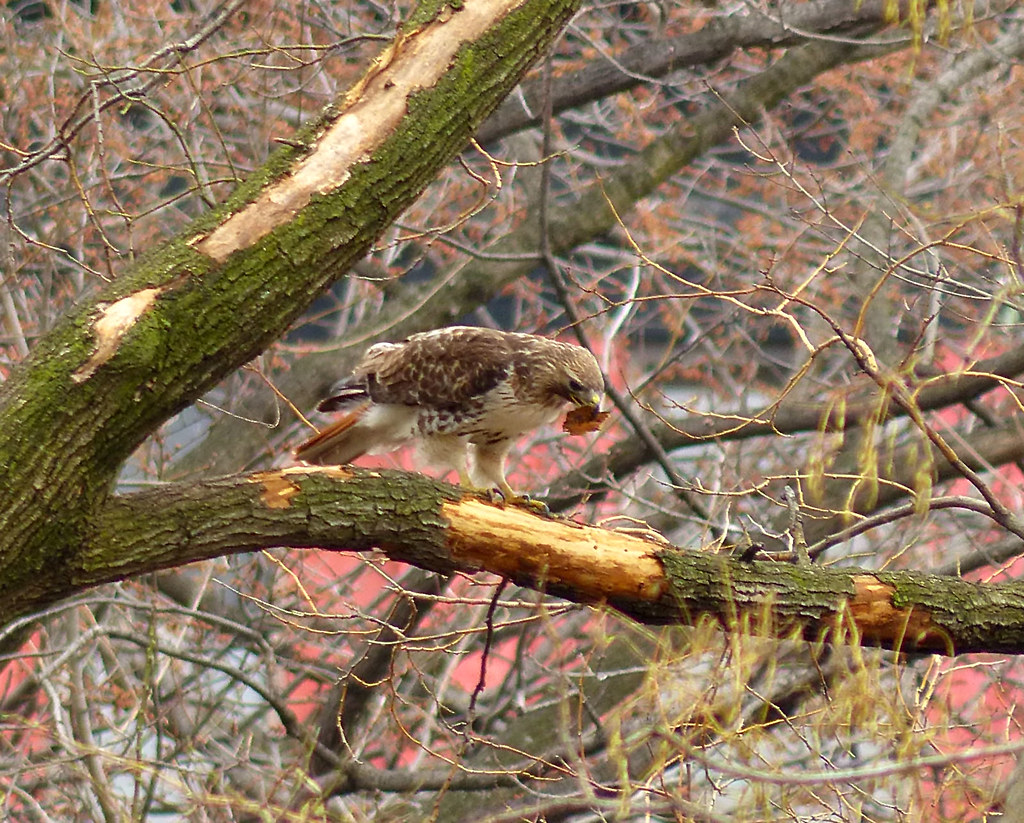 While he was out gathering sticks, Christo was dive-bombed by a blue jay bully. 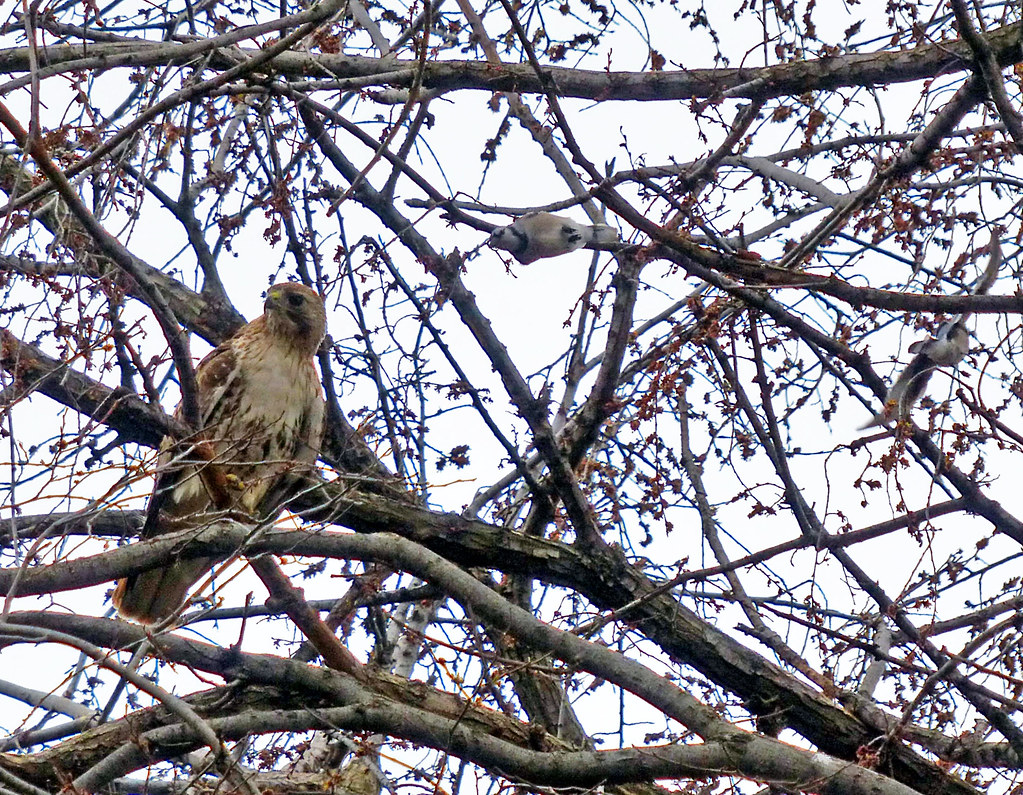 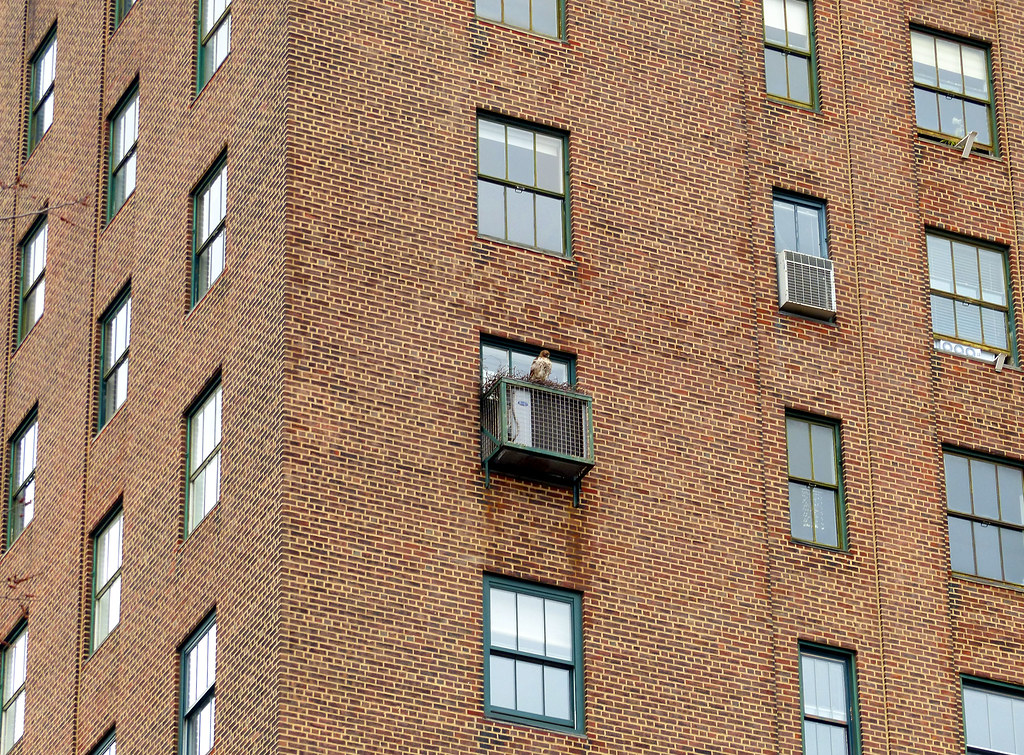