If you've been in Tompkins Square in the last several days, you may have seen/heard the resident hawk pair mating.

I managed to catch the last couple of seconds of one quickie session:

Afterwards, the pair shared a snack in a nearby tree:

The male has been especially active gathering sticks and bark for the nest.  Here he is cutting twigs from a locust tree near Avenue B: 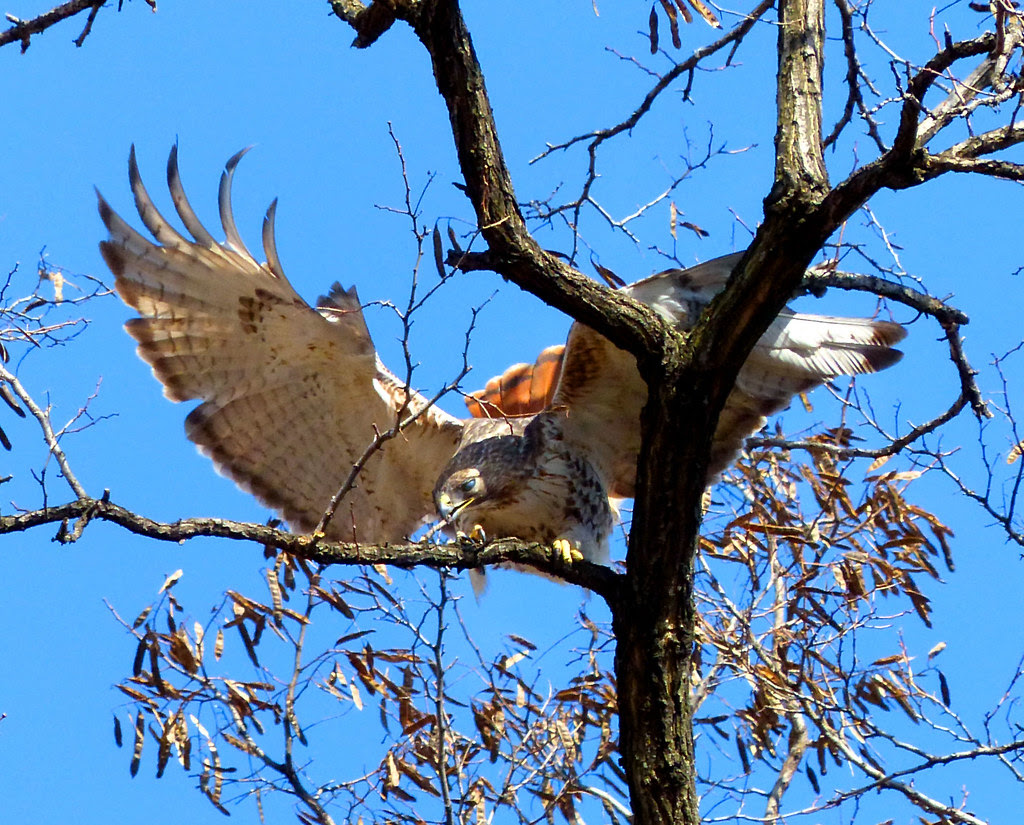 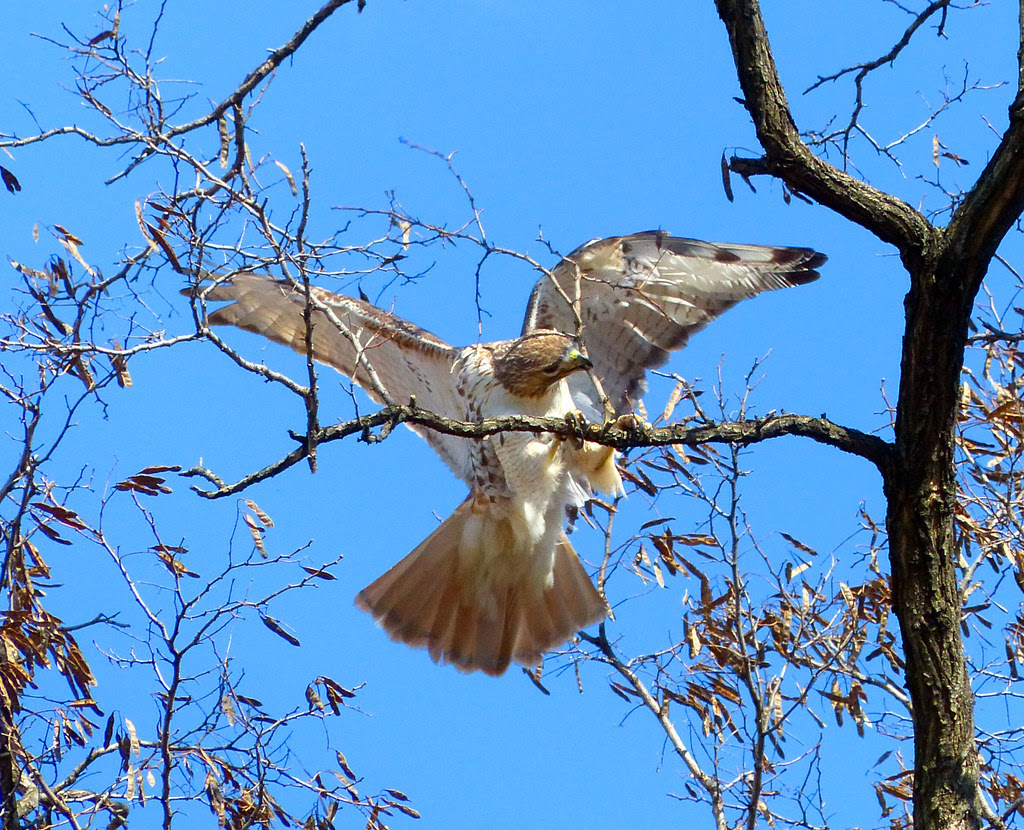 Here he is with a piece of bark. 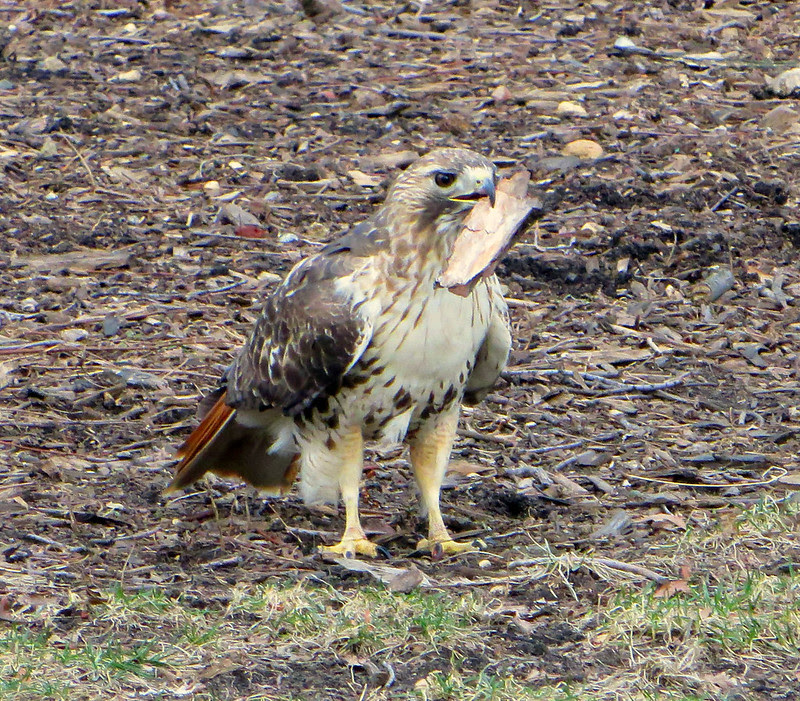 And here he is tearing some material off a pipe on the roof of a building on Avenue A. 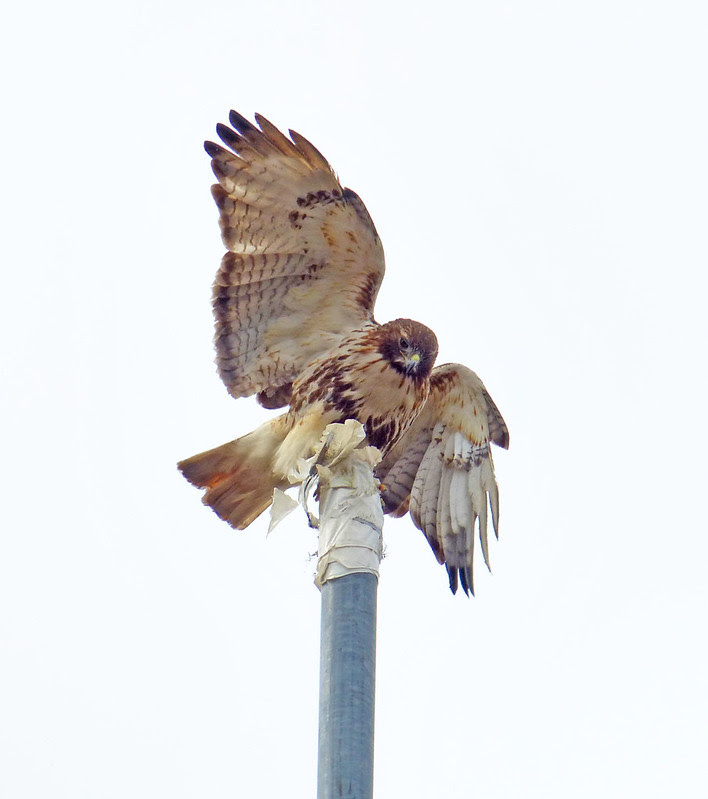 He took the wad of (plastic?) and flew it over to the female who was waiting in a tree in the middle of the park.  She tore it up and threw it down on the grass.  Litterbug!

Meanwhile, we're still on egg-watch at the nest on the Christodora. I guess we'll know there's an egg when the female sits in the nest.  I've heard the hawks may get protective once this happens, so leaning out the window might not be such a good idea.