Who's the hawk who won't cop out when there's danger all about?

Ok, it seems the name 'Shaft' has stuck to the first of the Tompkins Square hawk fledglings.  I found it hilarious to enter the park today and hear people using his name -

Have you seen Shaft?

I saw Shaft fly over there.

Shaft is up in that tree!

I hope Shaft is ok.

So, the second hawk sibling fledged this afternoon around 3pm.  I wasn't there to see it, but word on the street was it flew straight across 9th Street where it landed on a roof and hung out for a while.  Shaft, who'd been in the park, joined his sibling up on the buildings.  I'm not exactly sure what happened next, but the second hawk ended up on the roof of CHARAS and I think eventually went up onto a window on the Christodora.

While the 2nd hawk was on CHARAS, I caught Shaft doing some exploring on the rooftops over E 8th Street: 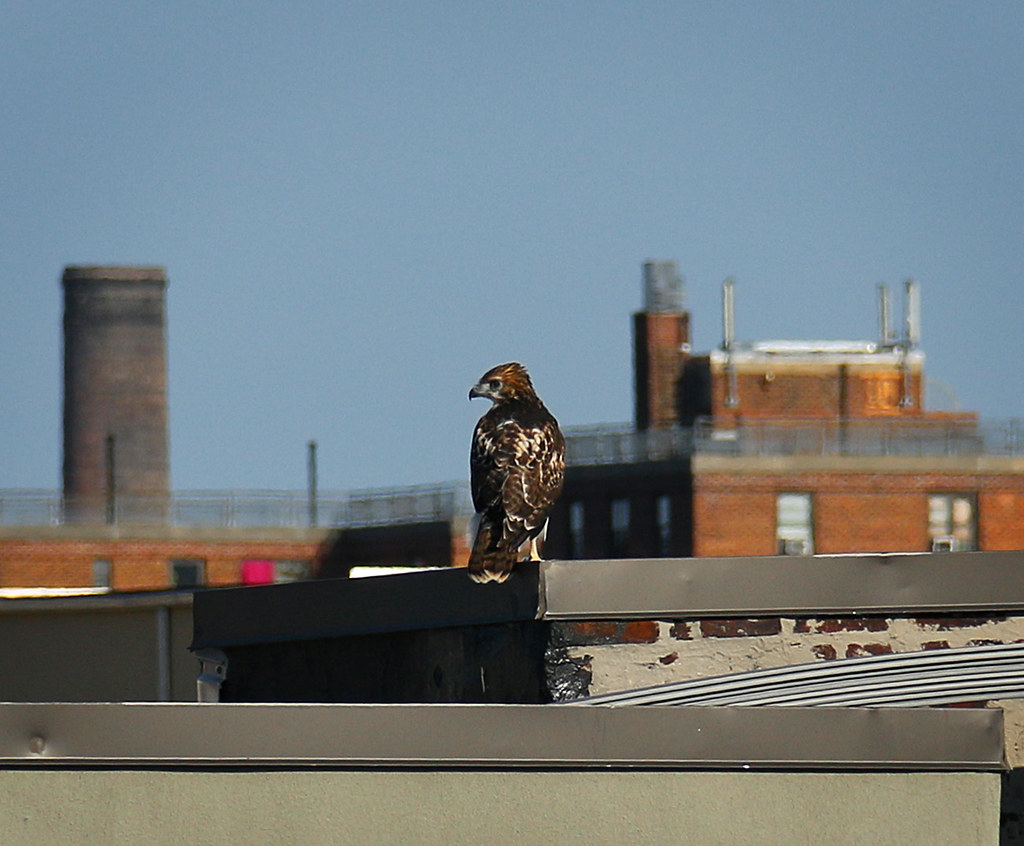 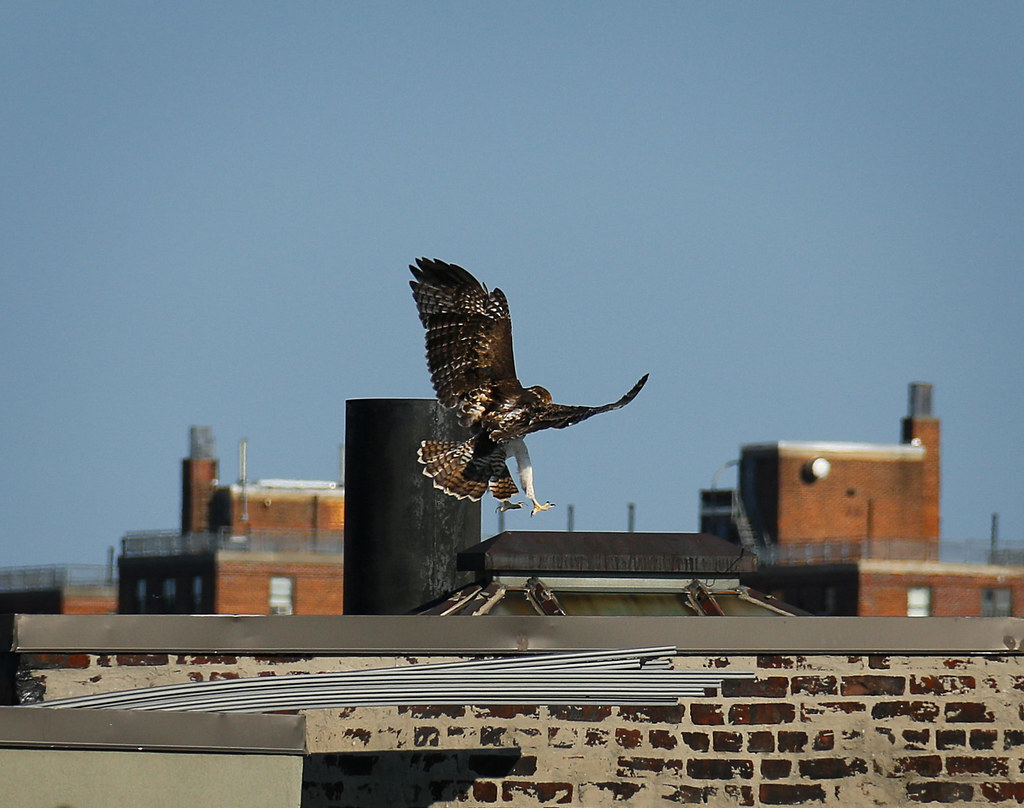 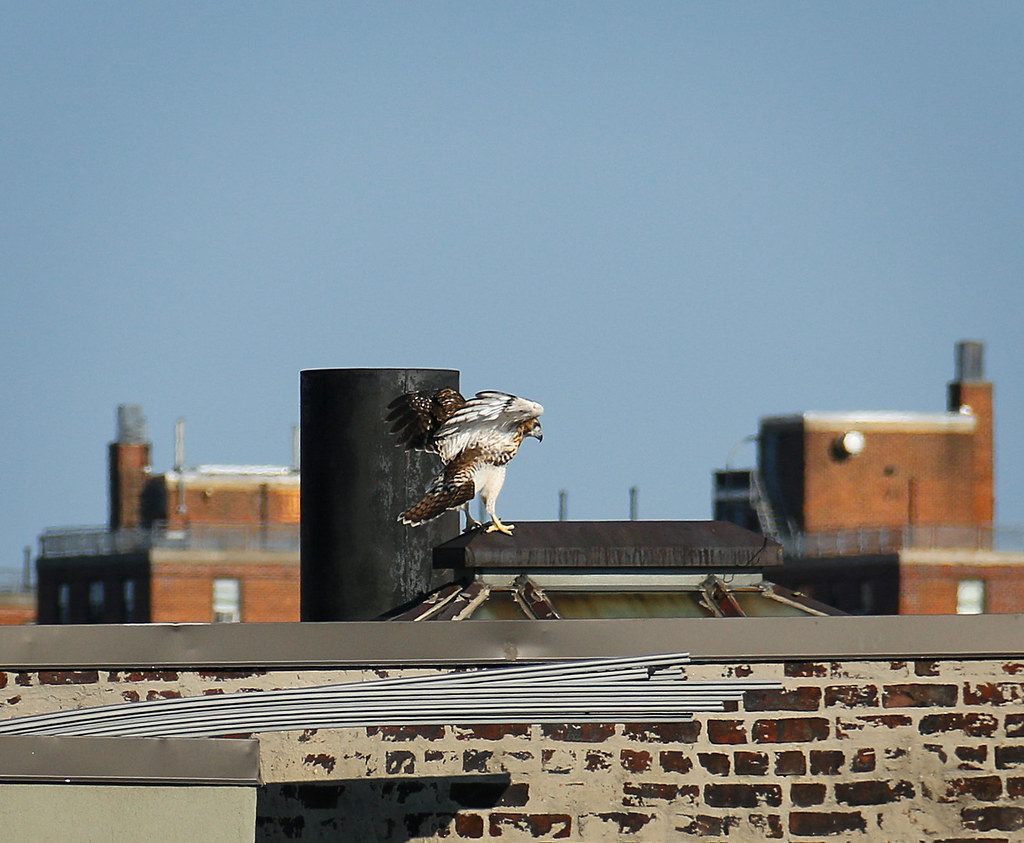 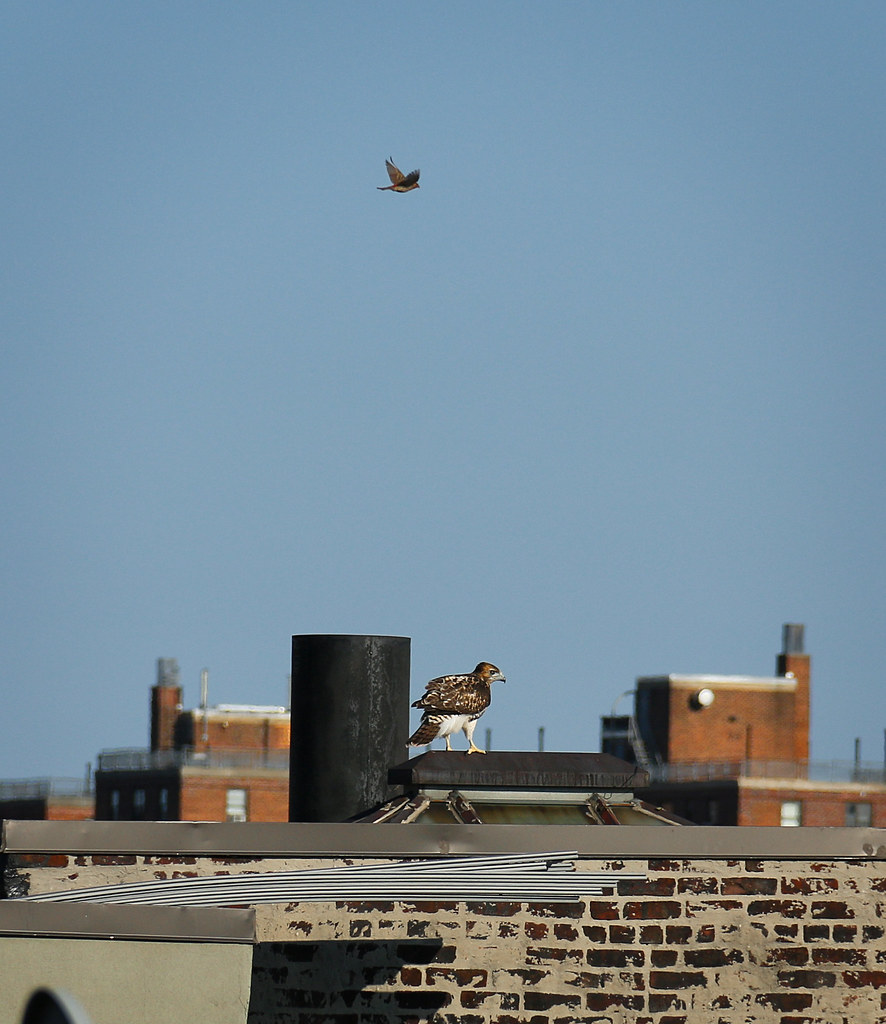 Shaft took off and seemed to want to attempt to return to the nest on the Christodora (I'm speculating).  He flew right at it, but missed and went into the park where he rested in a tree. 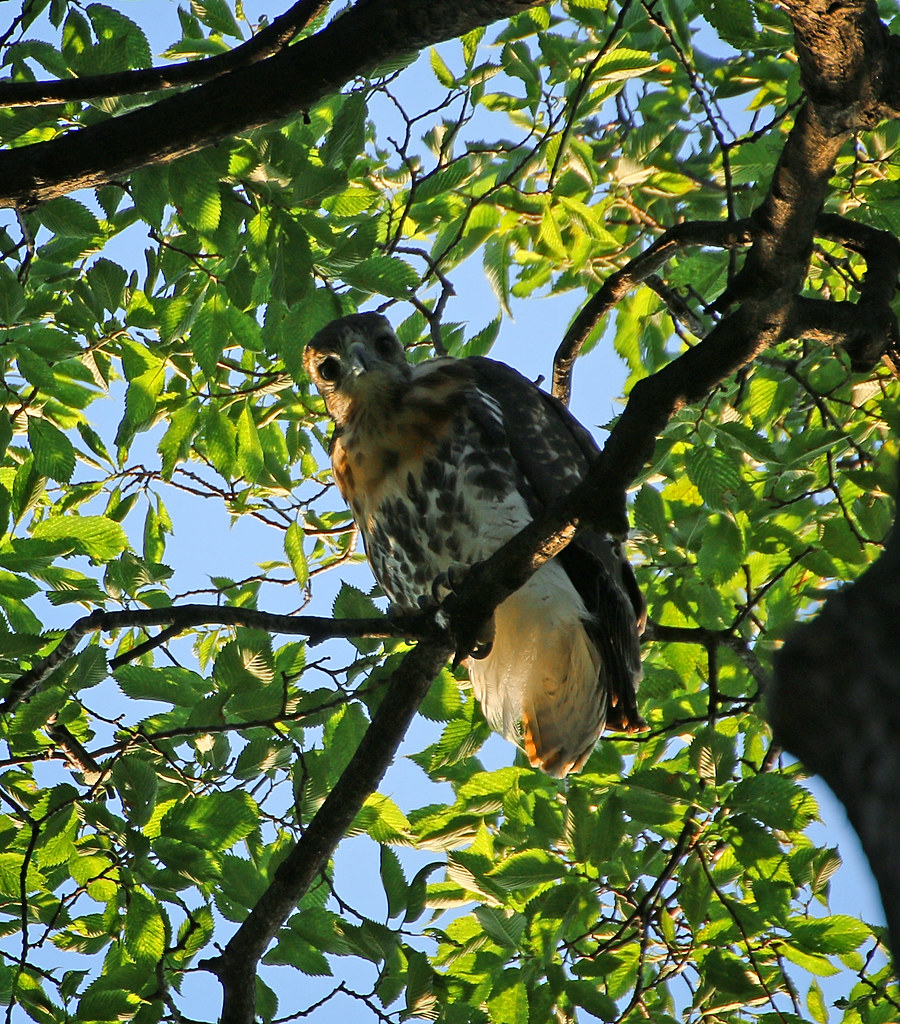 So, there's just one more hawk in the nest and it's due to fly out at any time.