It's kind of a dull time for hawk watching this week.  As the fledglings gain independence, they spend less time in Tompkins Square and more time exploring other areas.

People have asked me how long the hawks will stay in the neighborhood and the answer is I don't know. I've consulted my birder friends who tell me the young hawks could leave the area by the end of August.  It depends on how well they're able to feed themselves.  At least one of the young hawks is still being fed by Christo, as I caught them both in the park Monday night around 7pm.

This is Christo delivering a rat to one of the fledglings a few days ago. 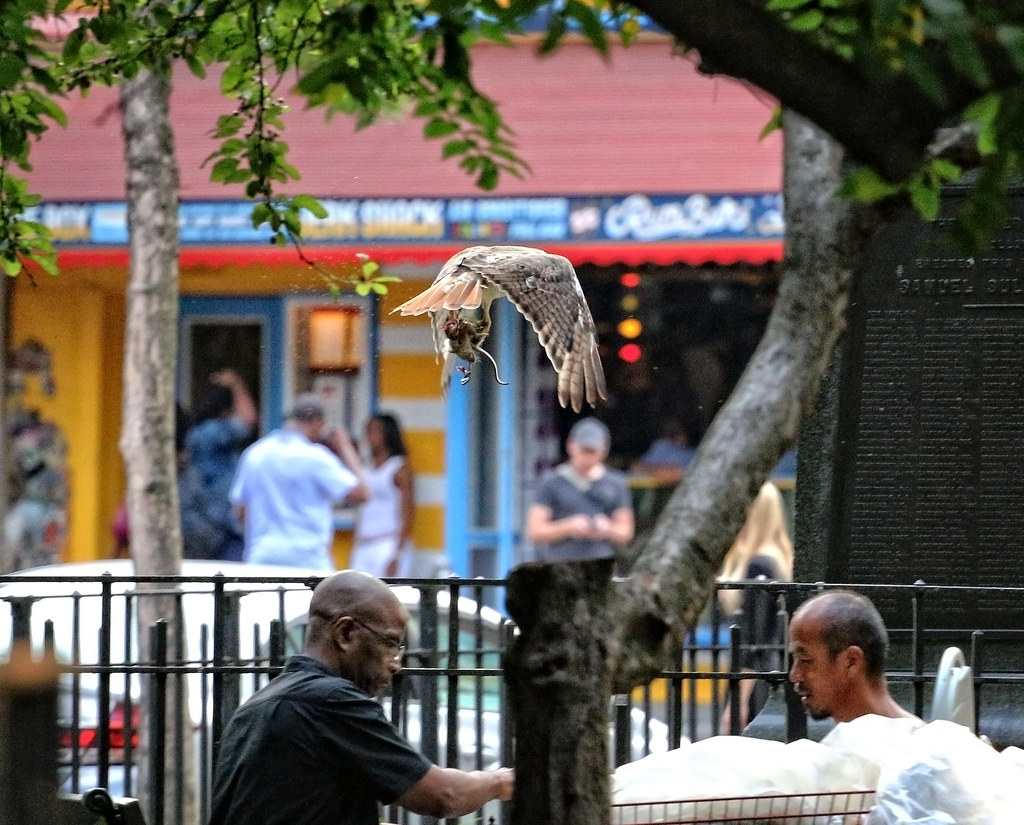 Over the weekend, I didn't really see much action in the park, but there was some drama in the sky over the Lower East Side.  I spotted these three hawks wildly swooping around each other and I'm guessing they are Christo, Dora and a juvenile, but I couldn't be positive at that distance. 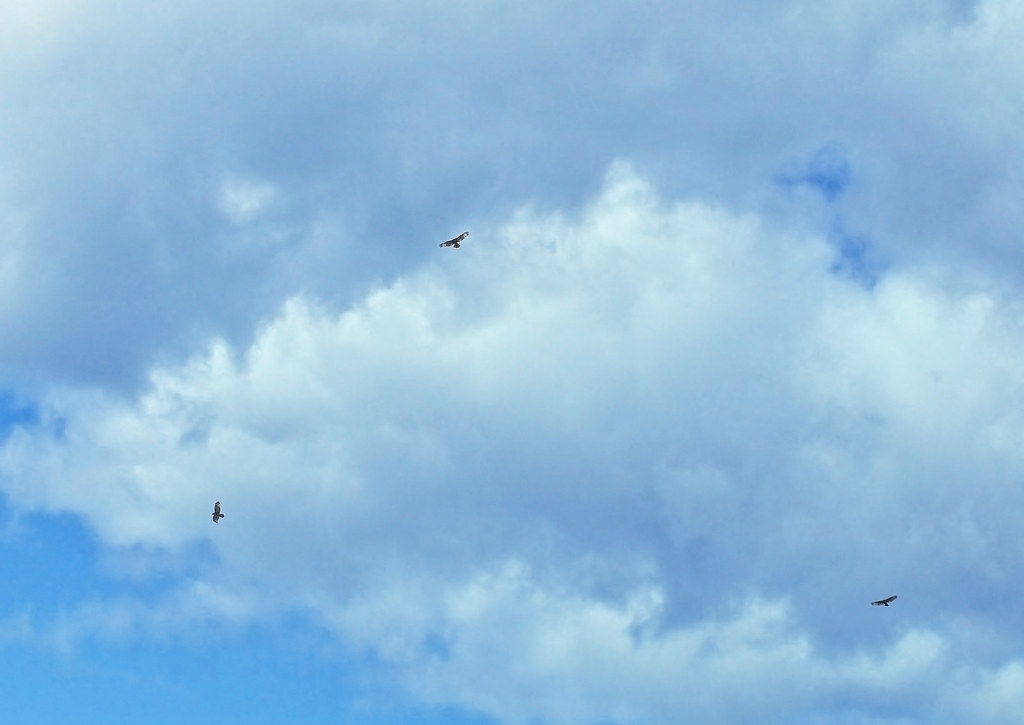 Two of the hawks seemed to chase off the third, then they spent quite a long time tangling with each other and flying in tandem.  This is what makes me think they were the two adults. 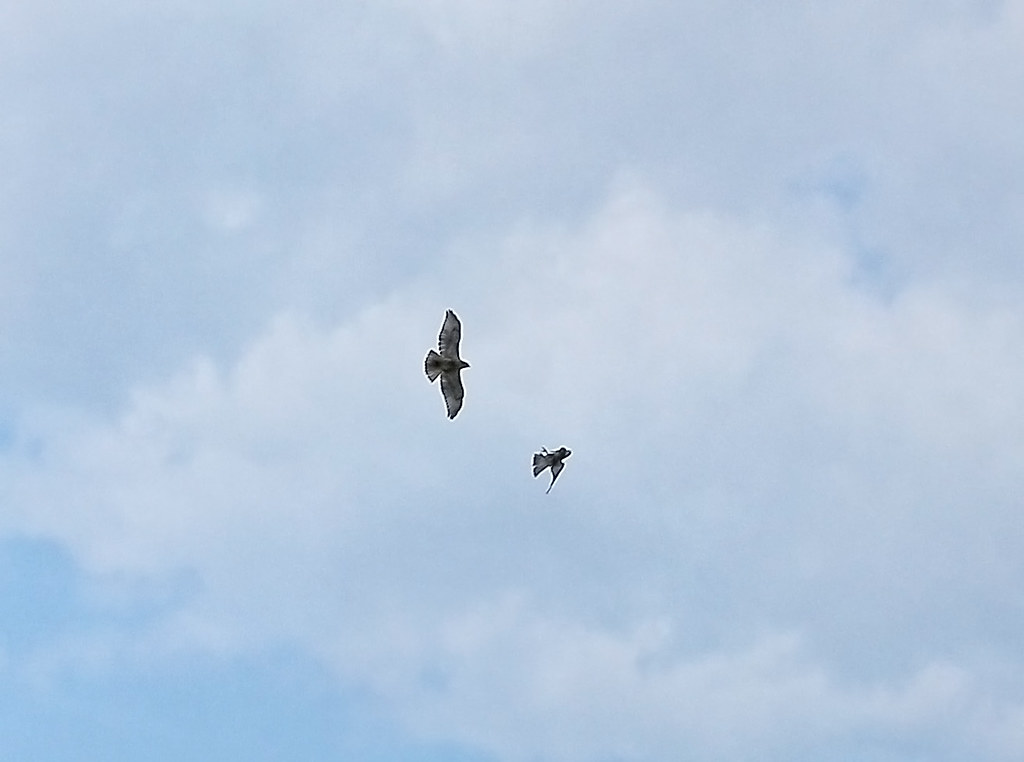 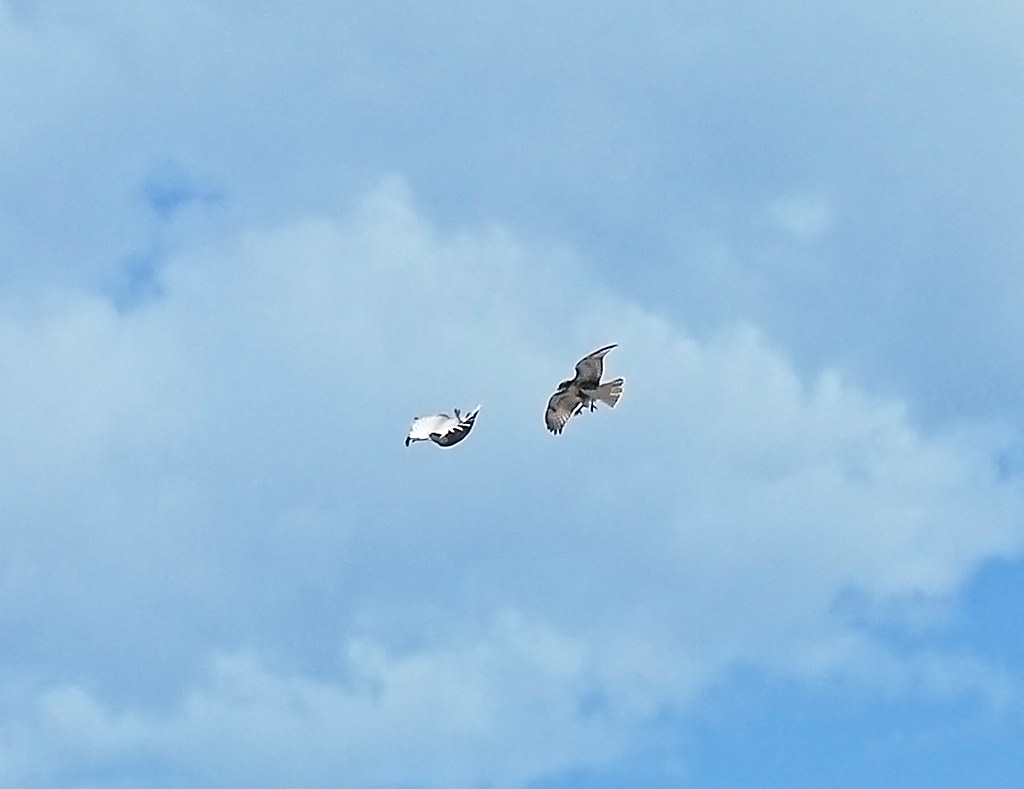 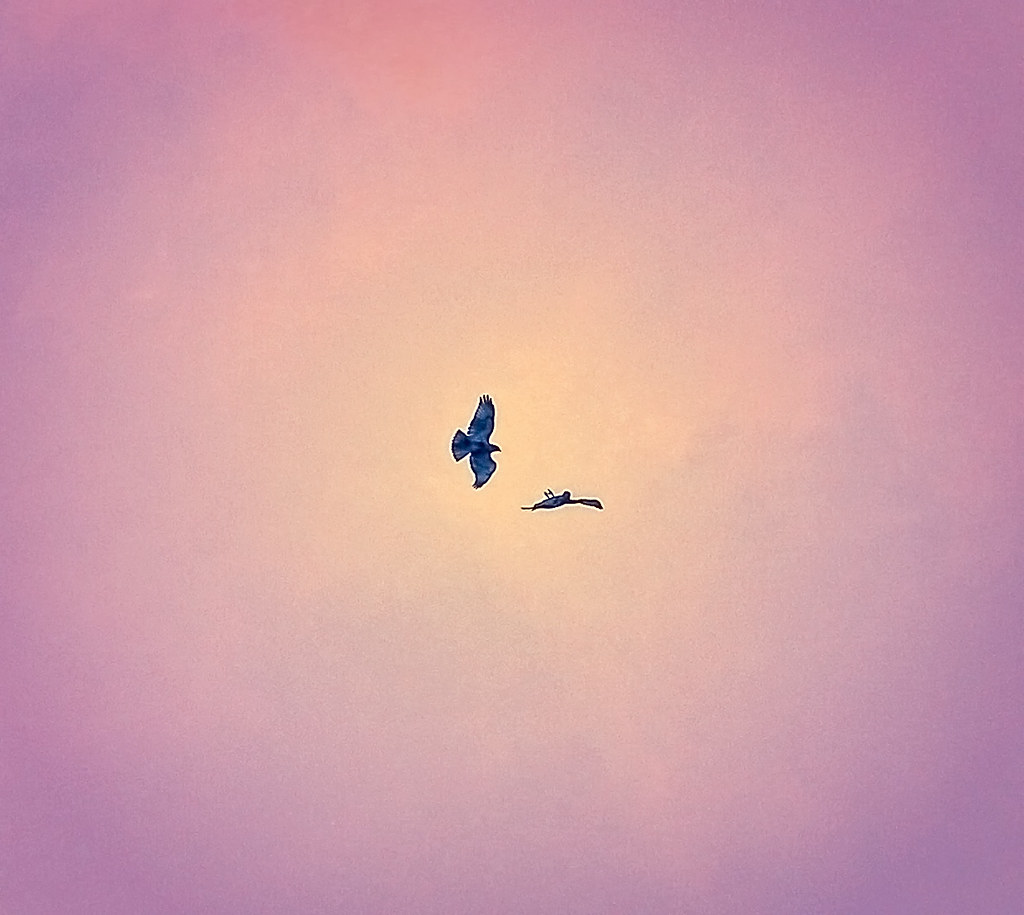 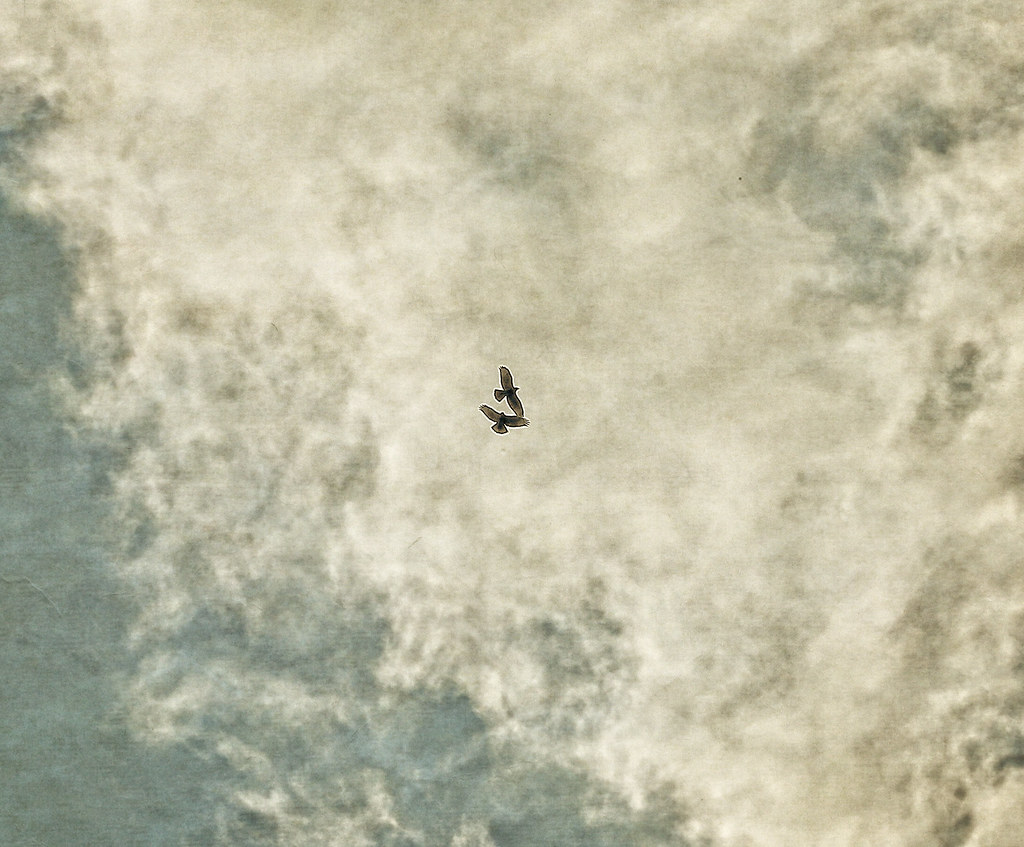 Tonight, as the rain started around 7pm, I visited Christo in the park.  I've found him there during the last several thunderstorms, so maybe it's his preferred place to wait out the rain. 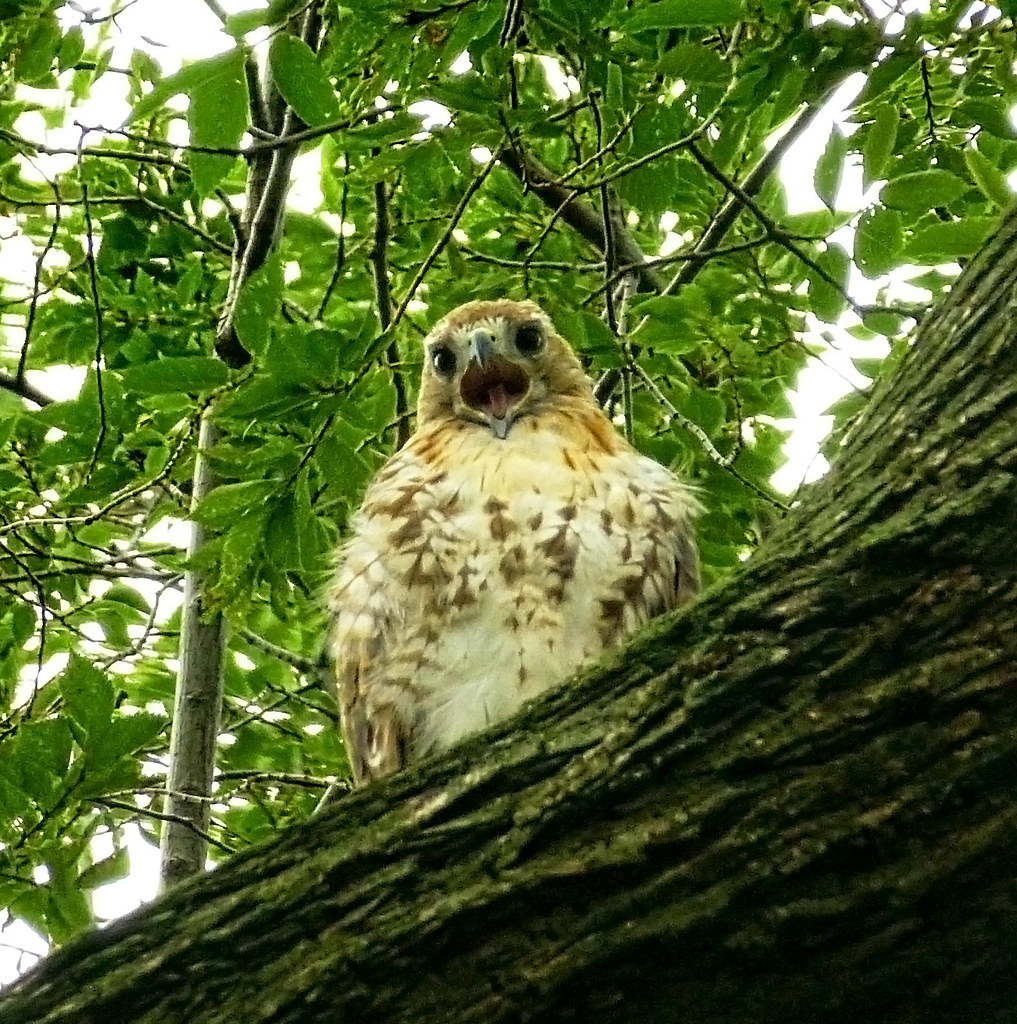