Riding out the storm

While slogging home from work during the snowstorm today, I spotted one of our hawks atop Village View on First Avenue at 3rd Street. 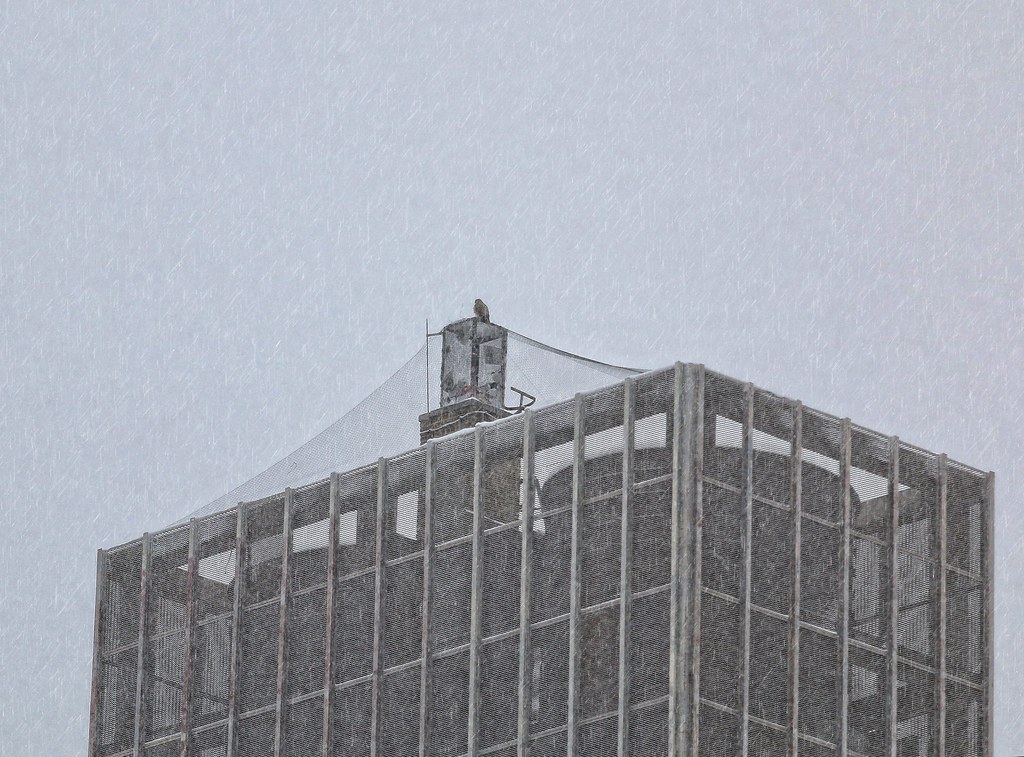 I can't tell which one it is, but it sat up there quite a while, gazing west.  I wanted to see if it would fly off and show me where it could be building a nest, but it looked to be firmly perched for the duration of the storm.

A short while later, I came upon the other one on a fire escape on Avenue A at 6th Street. 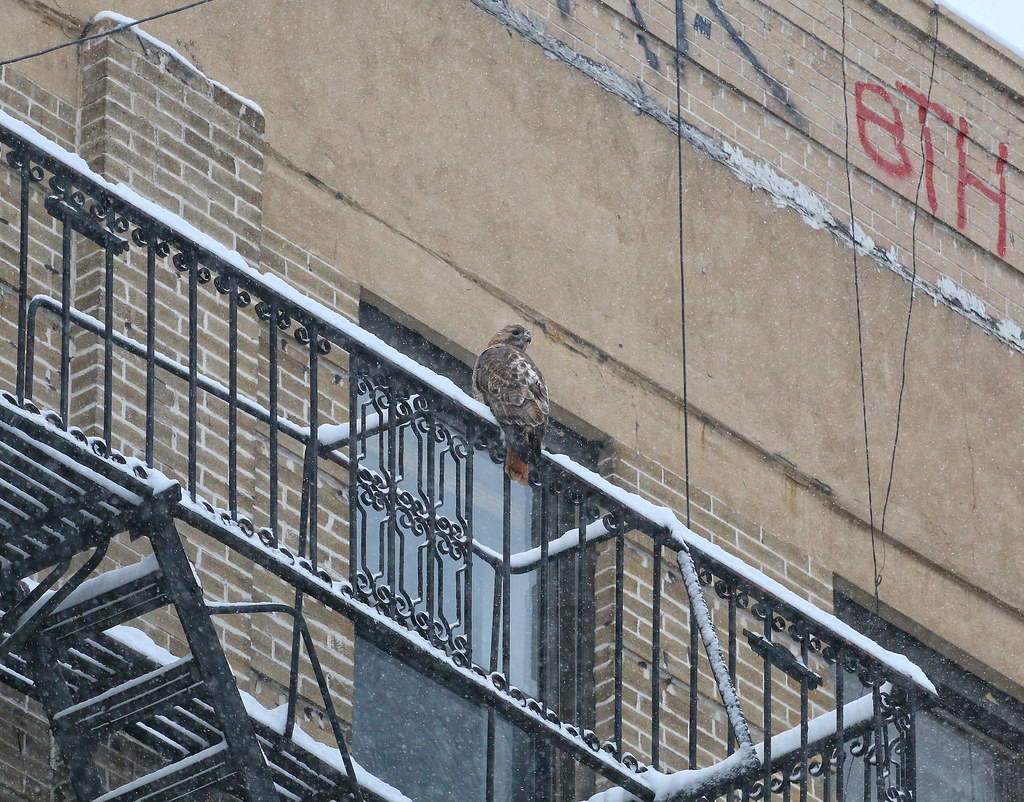 I'm not certain, but it looks like Christo.  It would make sense that it's him as he likes to hang out on the fire escapes in this area, but both he and Dora have been spotted here several times recently.  I didn't see any evidence of nest material and think he was just here riding out the storm.