More of the Cooper's hawk in the Marble Cemetery

Late Friday afternoon, I passed by the Marble Cemetery on 2nd Street and, like clockwork, found what I believe is the same Cooper's hawk I've been seeing there the last few weeks. 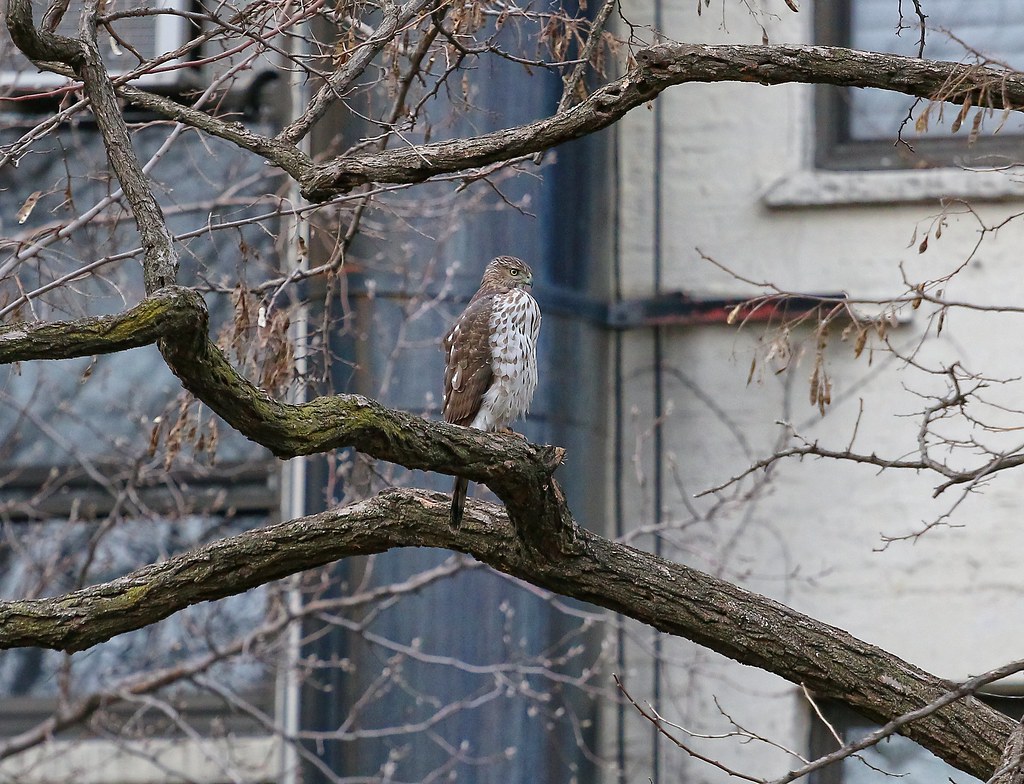 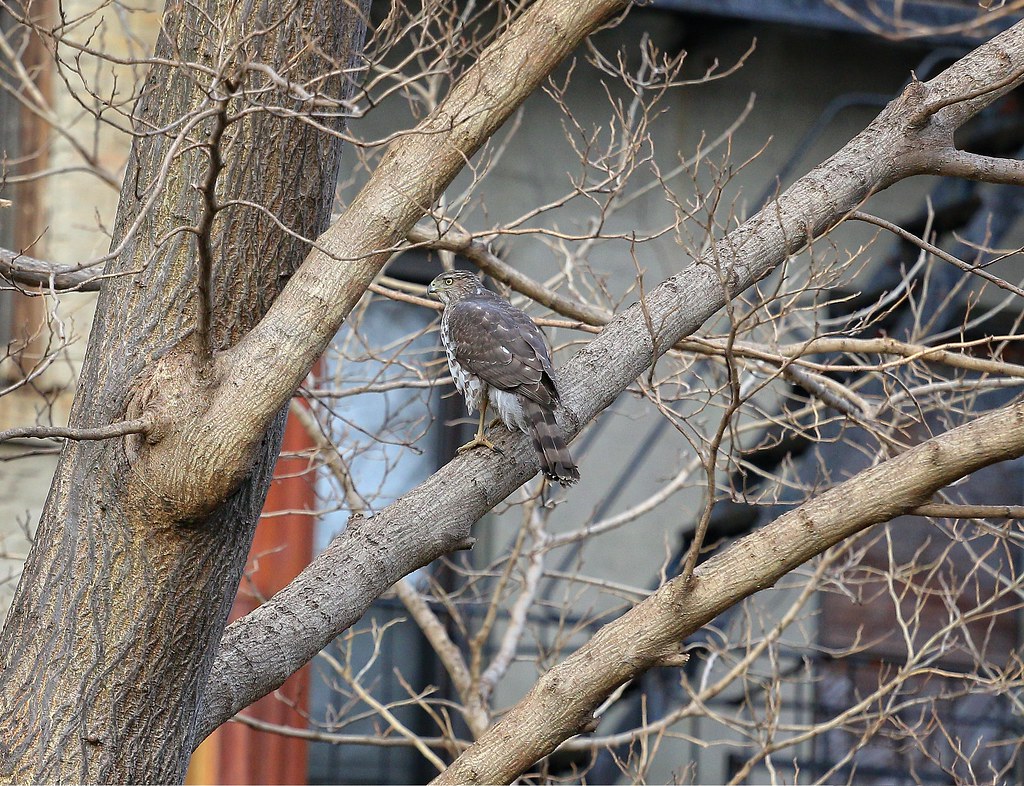 Despite having a full crop, the hawk chased after a squirrel that was nearly the same size as the bird. 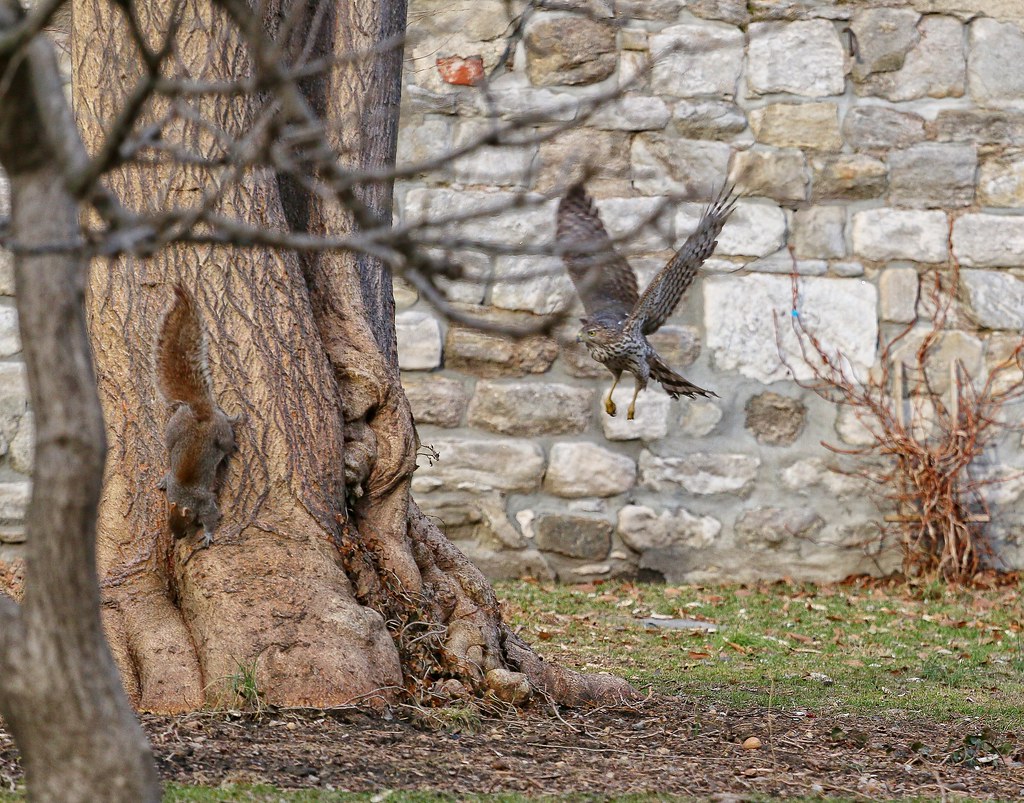 The hawk had no chance with this squirrel, but that didn't stop it from engaging it in a staring contest. 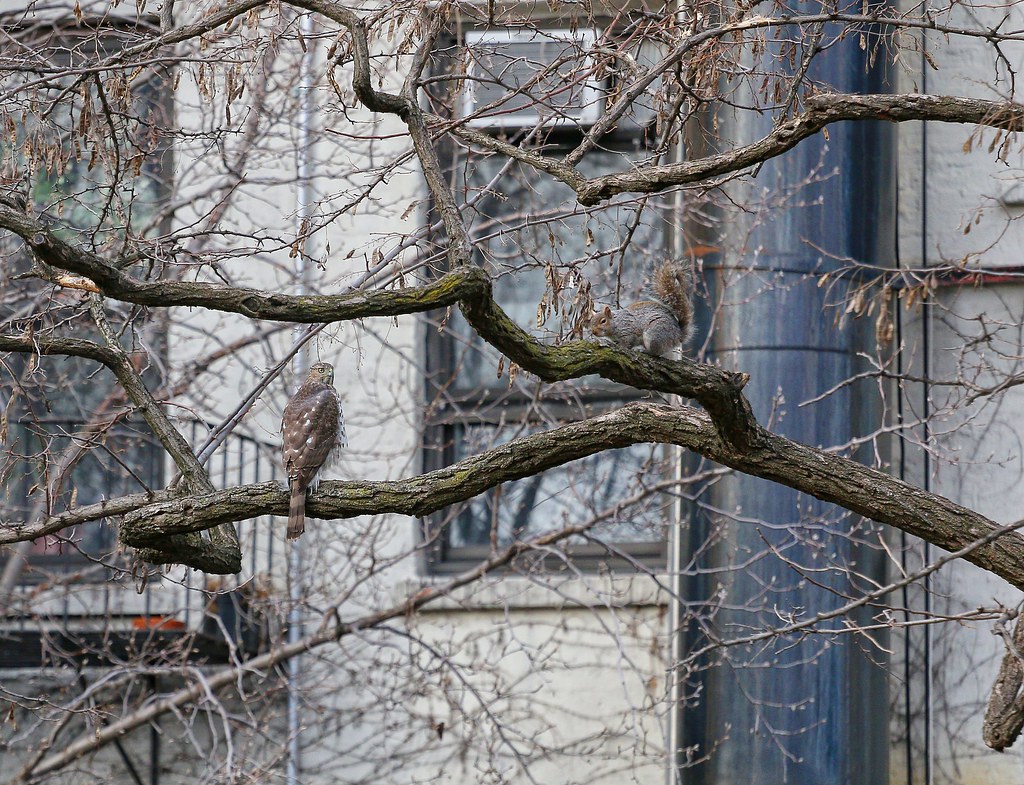 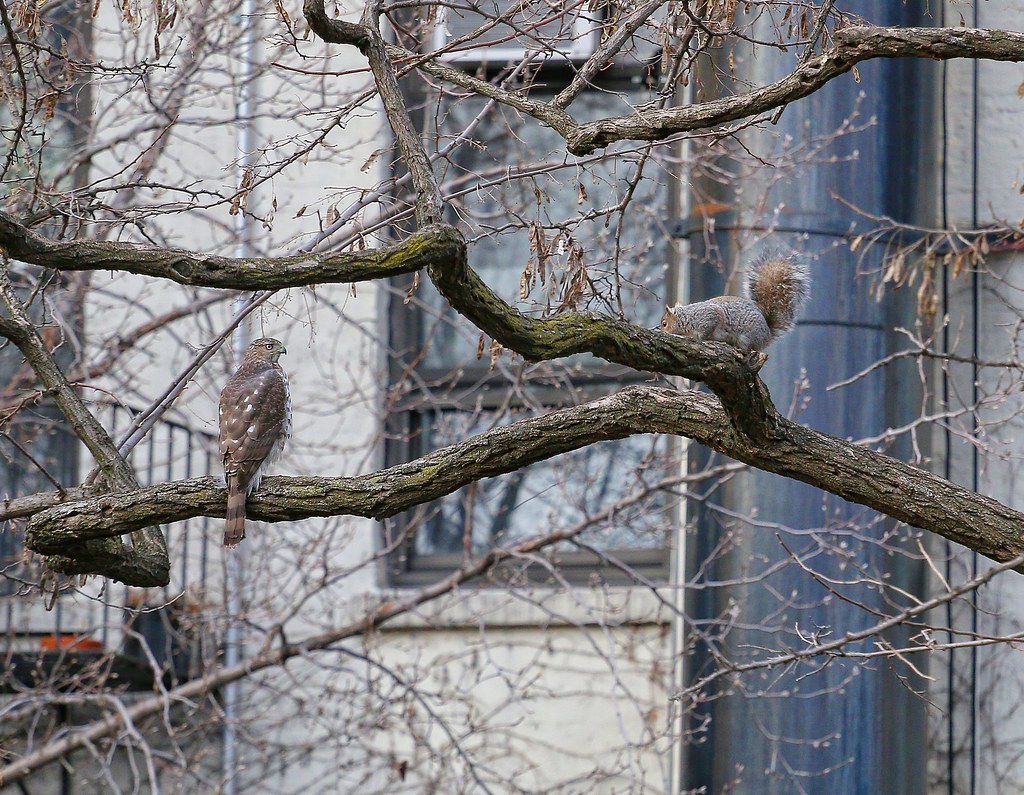 Eventually, the squirrel backed down and left the hawk to roost in peace.