Sunday, February 22, I found Dora atop the Christodora a/c again, along with some new nesting material. 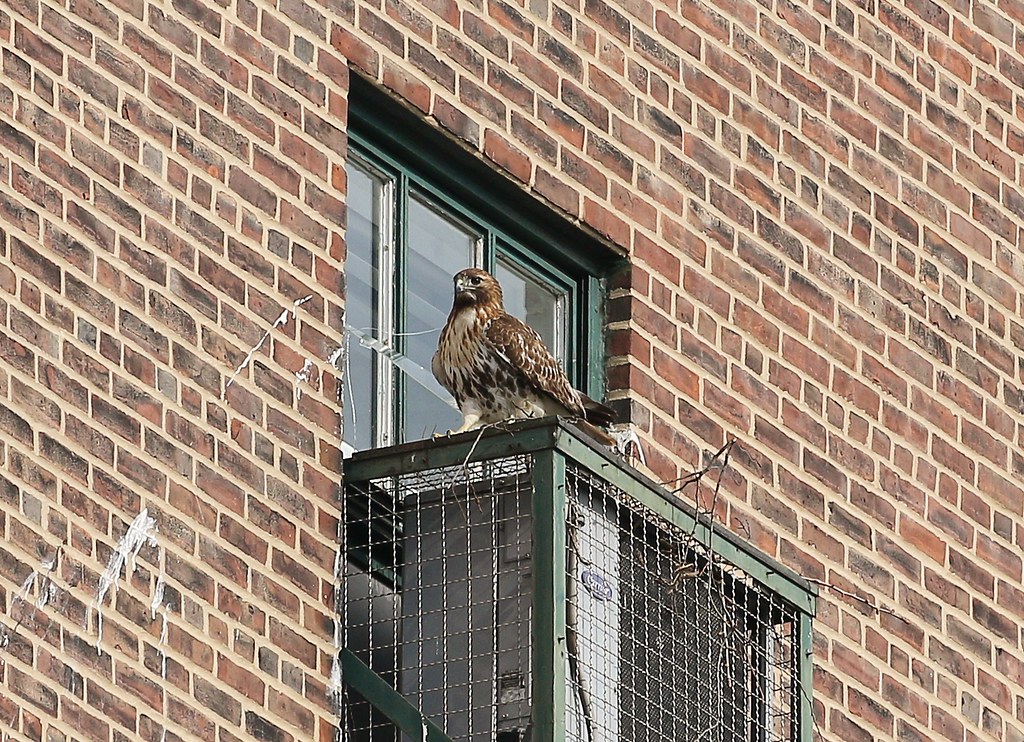 She attempted to dislodge the plexiglass while Christo gathered more sticks from a nearby tree within Tompkins Square. 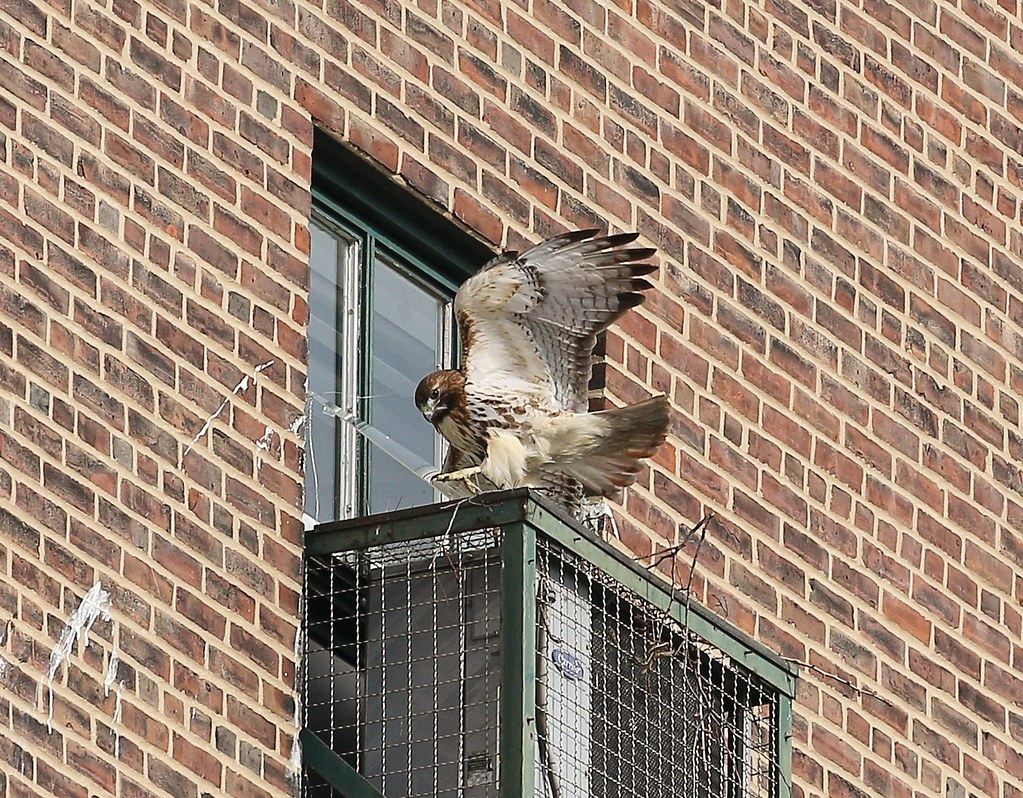 Some time in the following week, a second piece of plexiglass was added to the a/c and that seems to have stopped the hawks from trying to land there.

Since then, I've been trying to figure out where their new nesting site might be.

On Friday, I followed the hawks as they flew south on Clinton Street, then over to the East River just north of the Williamsburg Bridge.  I wondered if they could have a place out at East River Park, but didn't have time to go out there and look.

Mid-afternoon, one of the hawks flew north across Houston and up First Avenue.  I wondered if it could be headed for the Village View apartments, where they've been seen hanging out lately.  Sure enough, at First Avenue and 4th Street, I saw them both on top of one of the chimney covers. 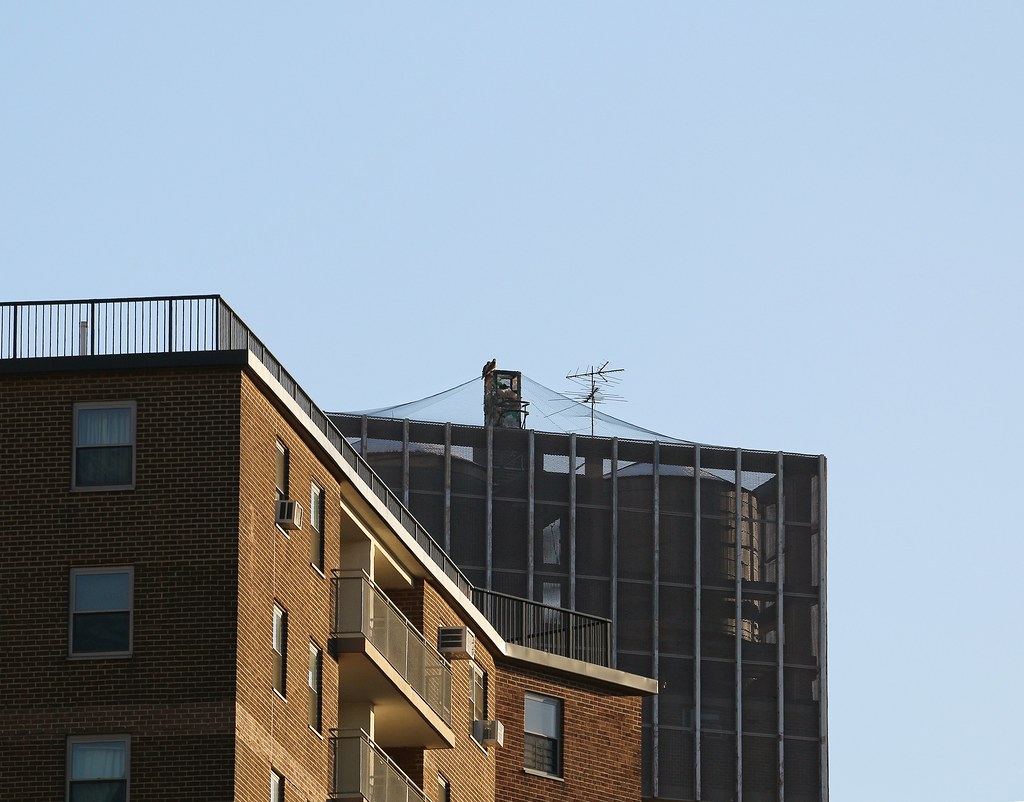 Dora moved over to the edge of the water tower cage and, as I watched, Christo made his move... 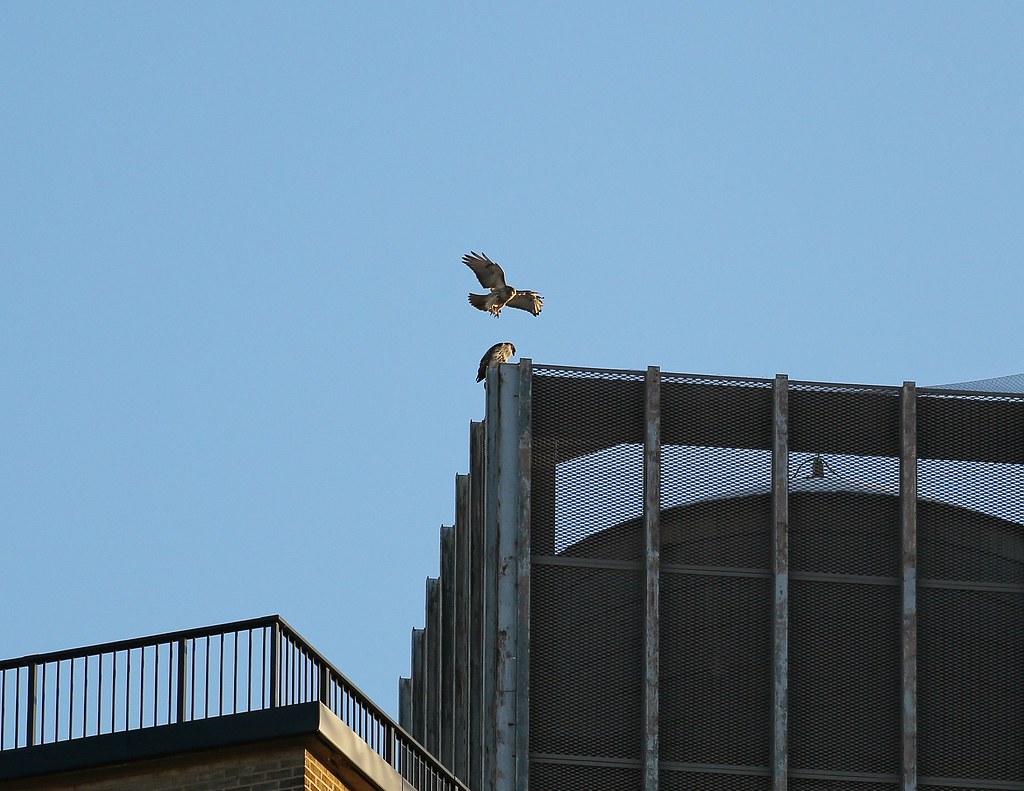 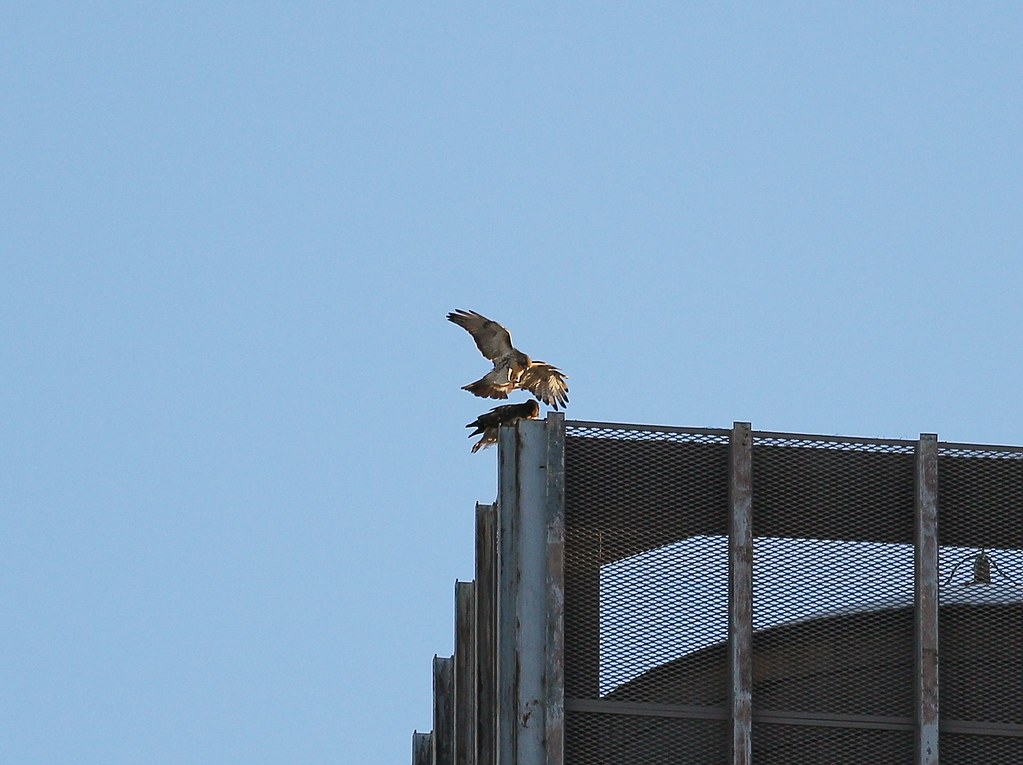 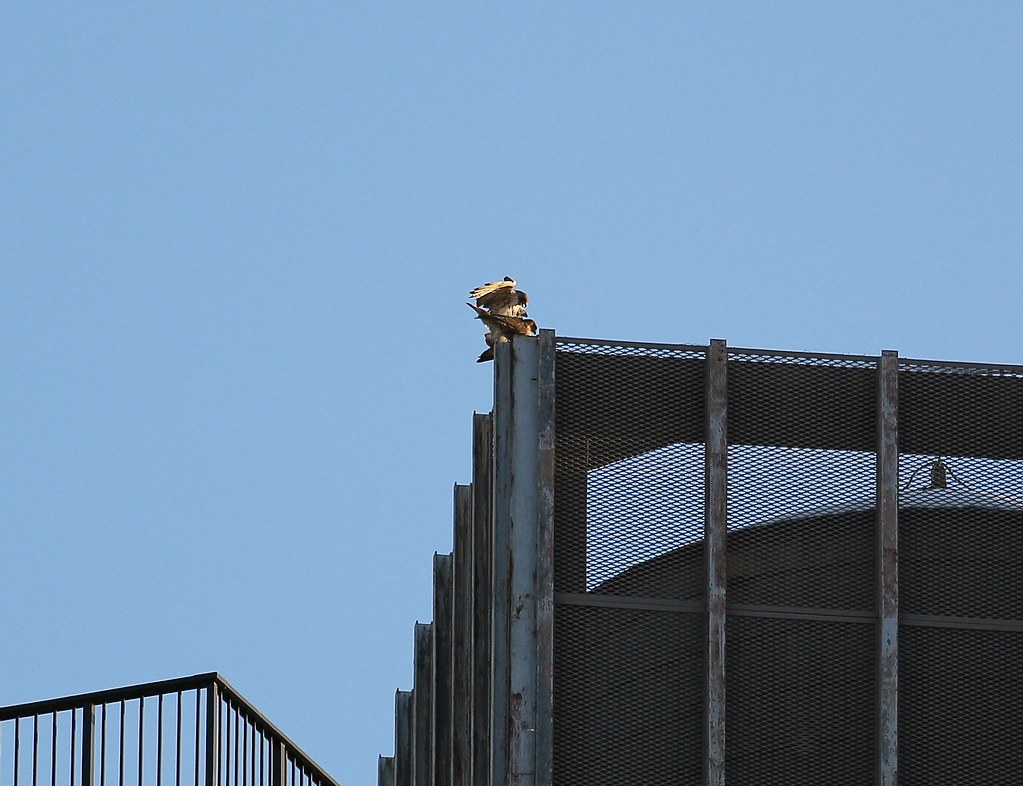 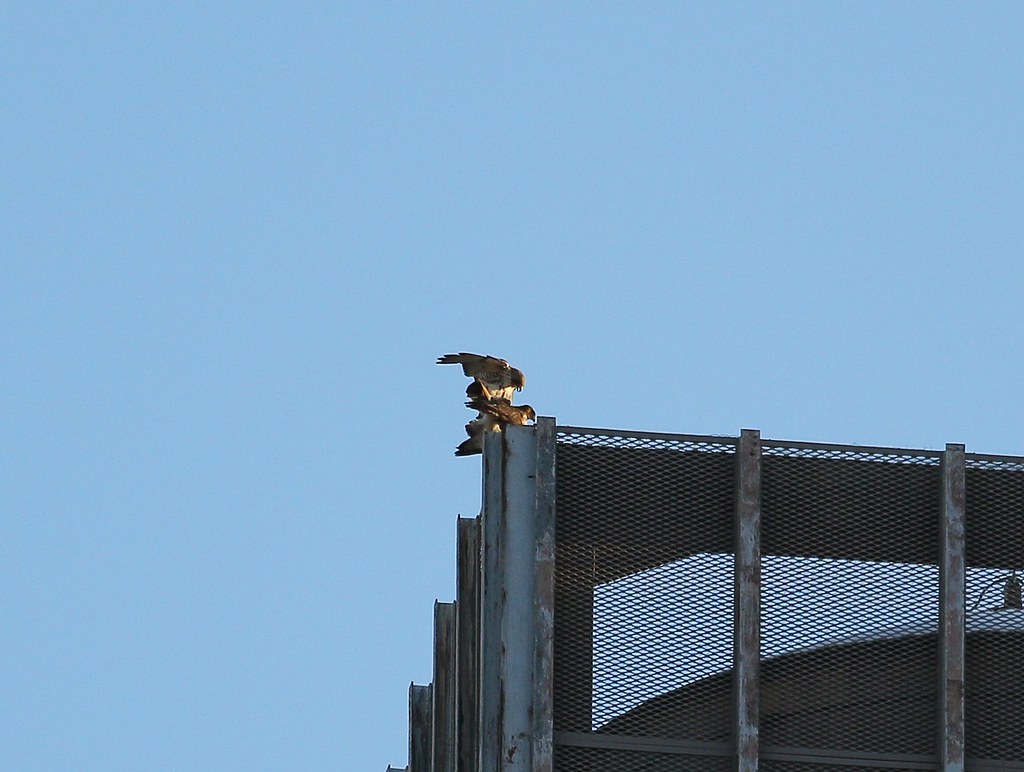 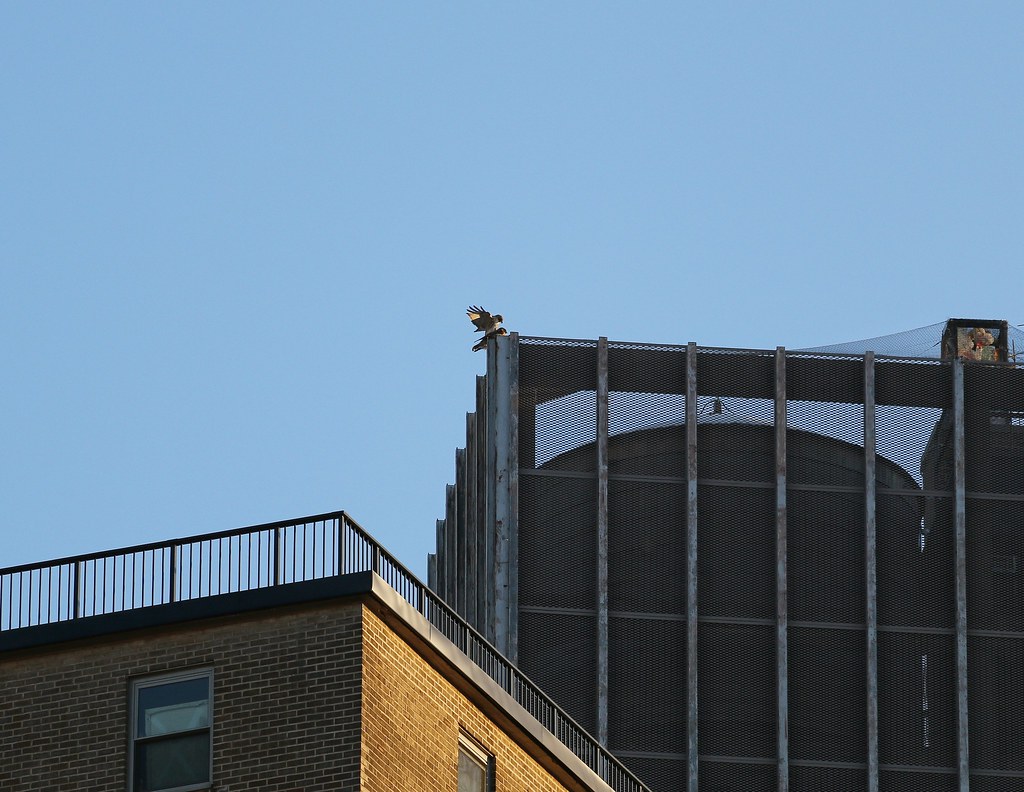 This is the first time this year I've seen them mating and it indicates that they have a nest site somewhere.  But where???

The following day, Saturday, they were perching together again atop the chimneys along First Avenue between 3rd and 4th Streets. 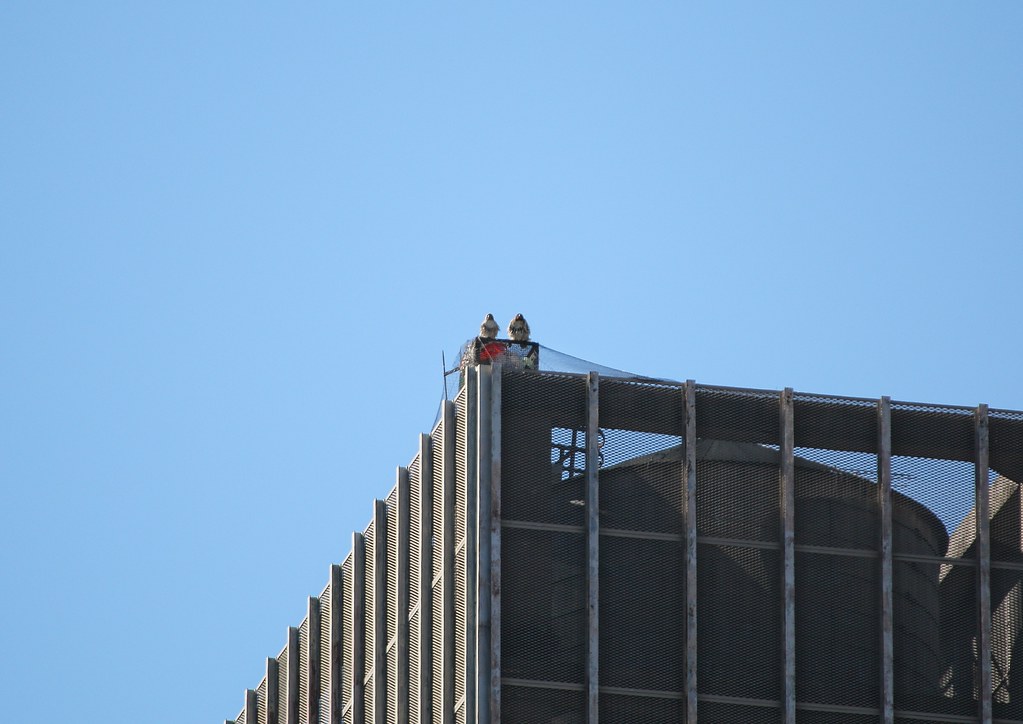 Christo is on the left, Dora on the right.

I followed Dora as she flew east to the Most Holy Redeemer church on 3rd Street and Avenue A. 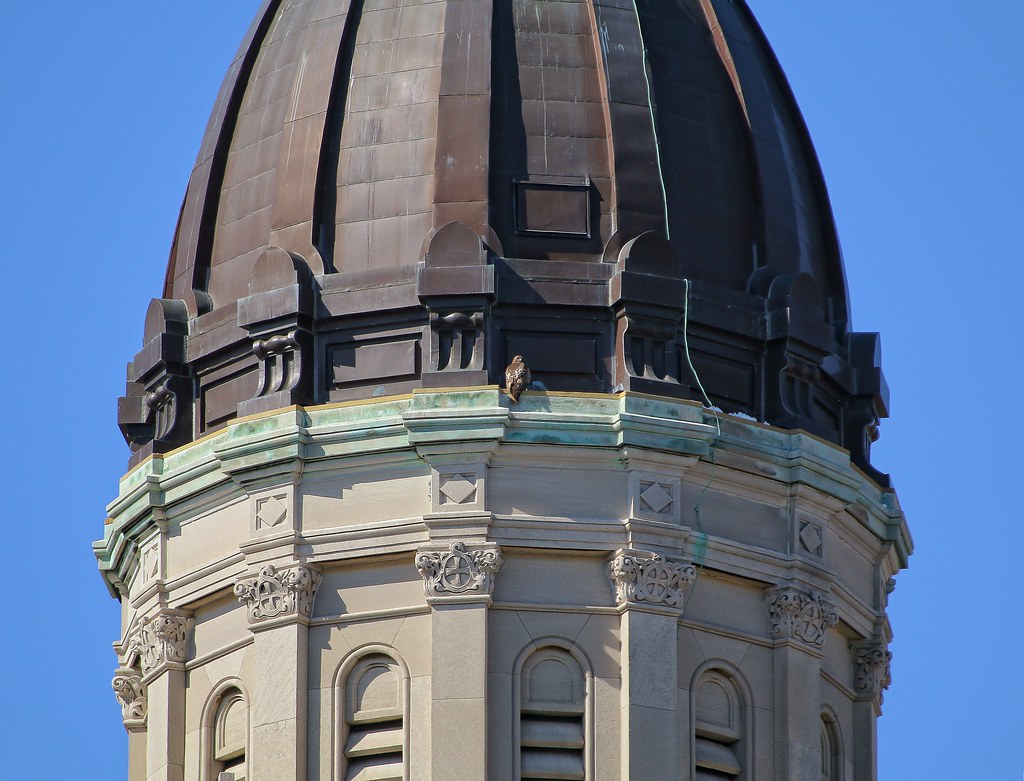 She sat up there for about 20 minutes, continuously staring east. 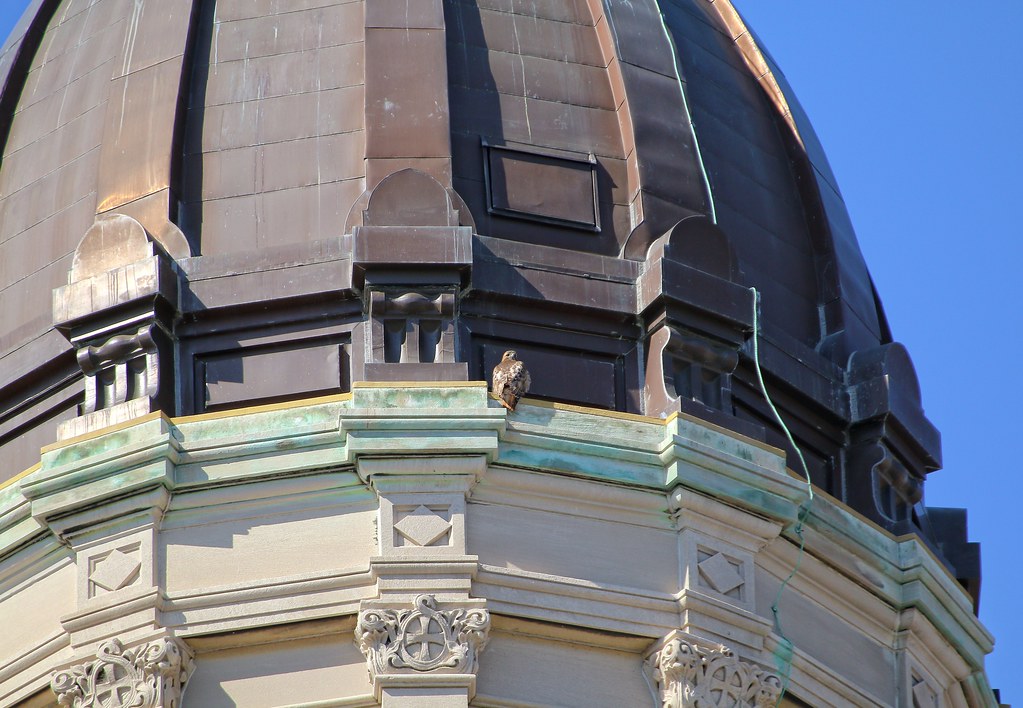 She flew off NE from there and I followed, but lost her around Avenue B.  I searched all over the area, but couldn't find either bird or any evidence of a nest.

So, I was a bit surprised today to find both hawks in Tompkins Square gathering sticks near the Christodora again. 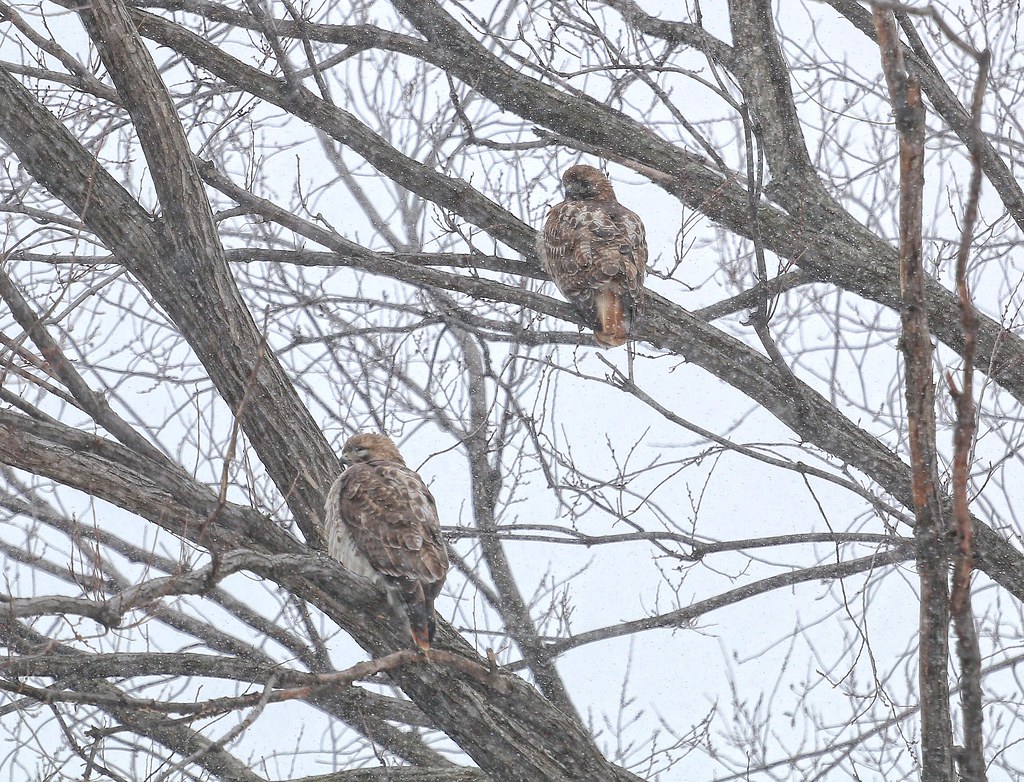 Dora cut a big stick, but left it in the tree.  Christo cut another stick and flew it to the big tree in the middle of the park where he either dropped it or stashed it.  Both birds sat a while in the big tree near Avenue A and 7th Street before Christo flew off and I lost him in the snow storm.  Dora stayed in the tree and that's where I left her in the late afternoon.

So, I'm completely puzzled.  The hawks are mating, perching together, sharing food, gathering sticks and are seemingly proceeding with a breeding plan, but I have no idea where their nest might be.  The saga continues... 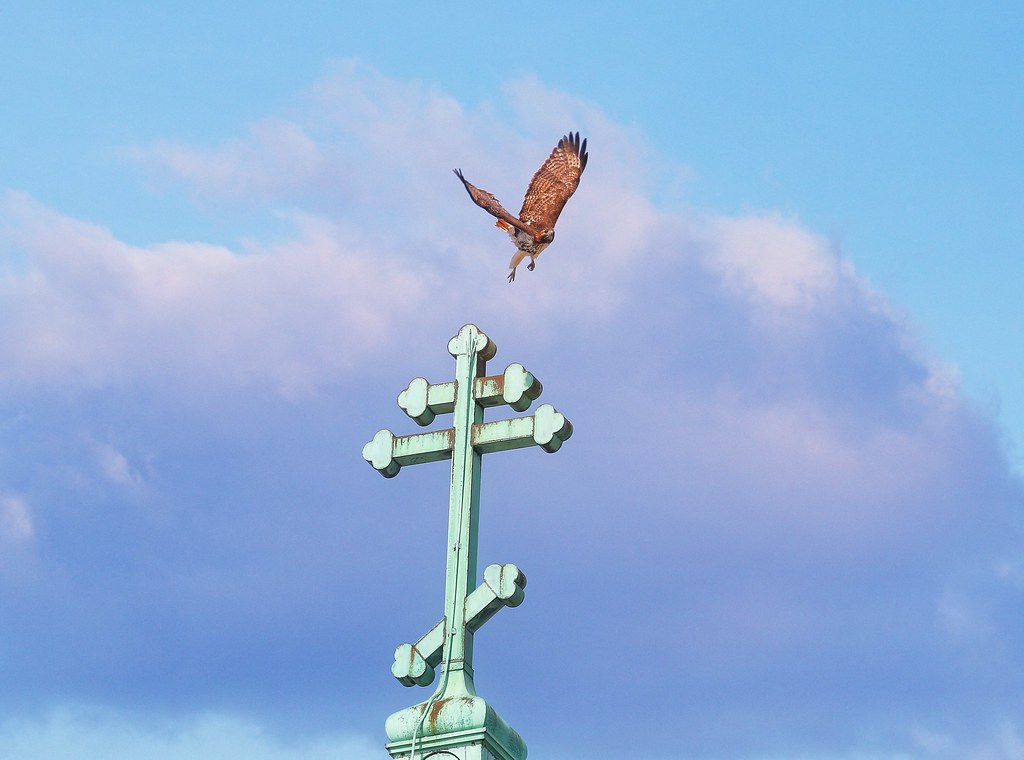 Dora leaps off St Nicholas of Myra on Avenue A and 10th Street.