Despite watching Dora the hawk nearly every minute of the day on nest cams the last two years, she remains mysterious to me.  When not on the nest with her babies, I have never seen where she roosts.  Even her eating habits are secretive - I think the last time I saw her hunt and catch food for herself was in early 2014 in Tompkins Square.  Since then, I've only ever seen her mate Christo bring food to her.  A 4th floor fire escape may be the closest I've ever physically been to her.

Dora has perplexed me the last several weeks, spending so much time perched on Most Holy Redeemer church on E 3rd Street and the Village View apartment building at First Avenue and E 4th Street.  It seemed to me she never did anything else. 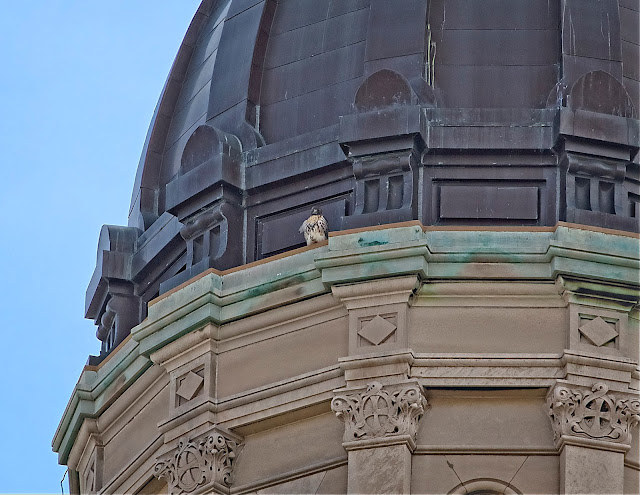 Over the last several days, fellow hawk-watchers have spotted Dora carrying nesting material (mostly leaves) to one of her favorite ginkgo trees in Tompkins Square.  The witnesses say she's been doing this in the morning.  Here is a shot of her creation from this last Saturday: 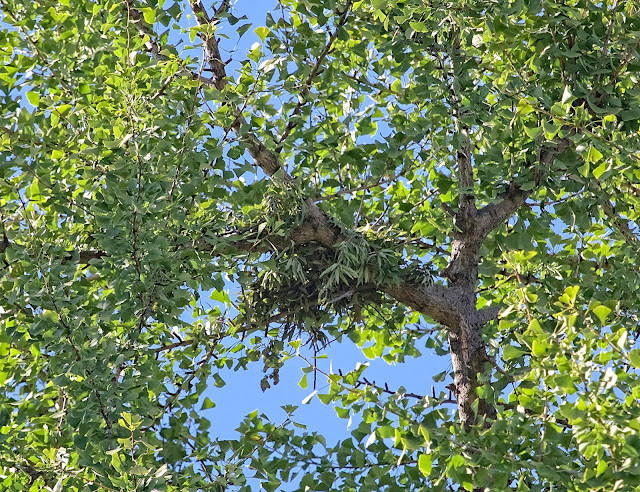 And here it is today, a bit bigger: 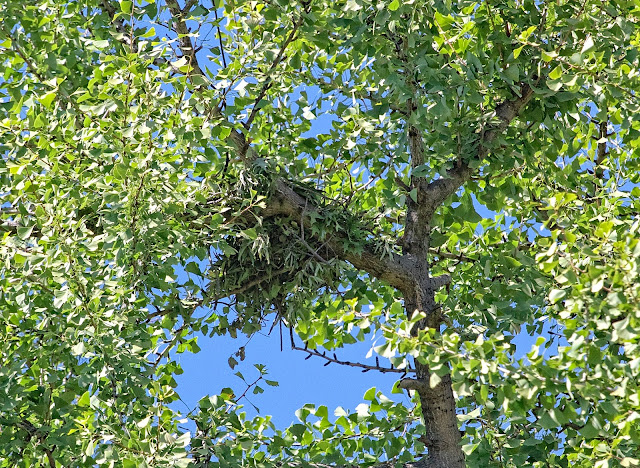 This is Dora in the same tree in May 2014, leaping off the same branch that now has a mass of leaves on it. 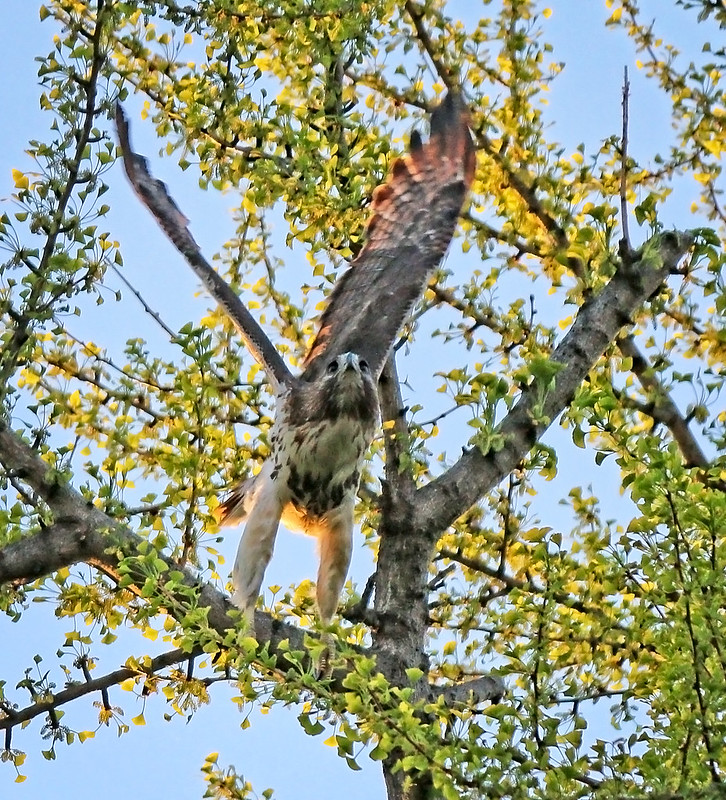 This is the wrong time of year for nest-building, which should likely happen in January or February.  However, it's not unheard of for hawks to work on alternate sites, so it's worth keeping an eye on this new activity.
Posted by Laura Goggin Photography at 9:35 PM