Just when I was beginning to worry...

I've been seeing Dora the hawk fairly often around the neighborhood lately.  More so than Christo, which is unusual since I consider him the more social of the pair.  Since their arrival in the East Village almost two years ago, it's been the norm to walk around for about five minutes on any given day at any given time before Christo makes an appearance.

Dora can often be found high up on Village View along First Avenue in the mornings. 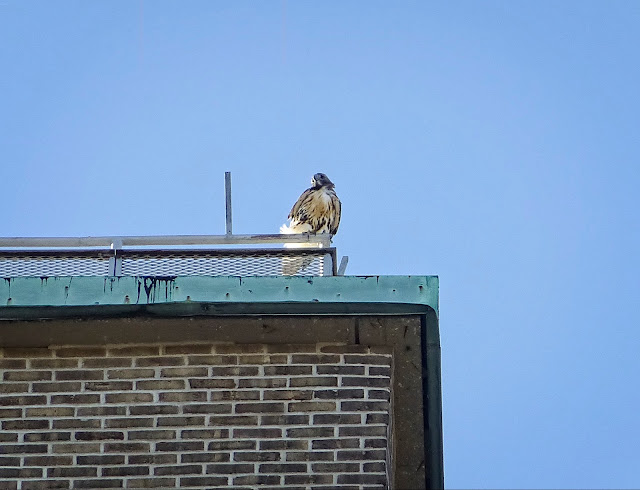 As I walked up Avenue A this evening, I spotted her perched atop the north side of the dome of Most Holy Redeemer church on E 3rd Street. 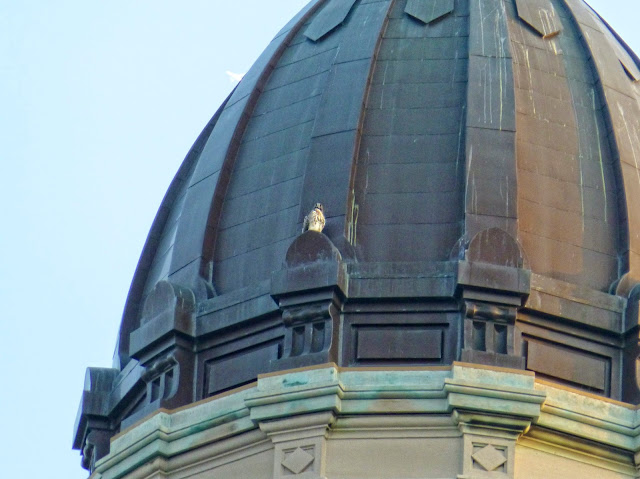 And that's when the niggling panic set in.  Where's Christo?  I haven't found him in his usual haunts recently...did something happen to him?  My imagination ran wild with worry as I entered Tompkins Square.

And that's when he landed about twelve feet in front of me. 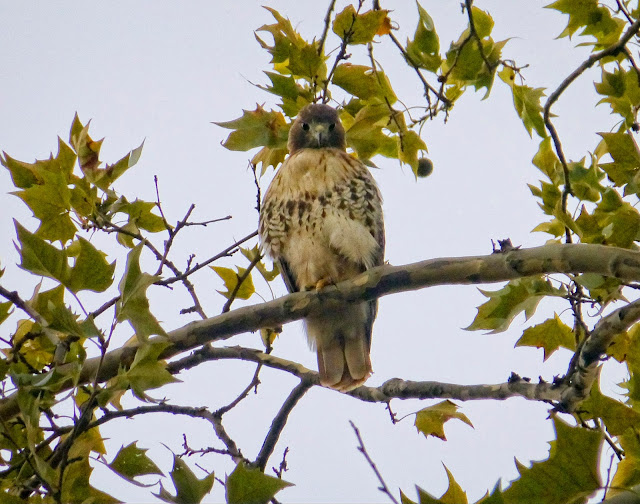 He had a mouse, which he ate quickly before cleaning his face on a leafy branch, then flying over to the basketball courts to watch a game.  Feeling relieved, I said good night and left him there.
Posted by Laura Goggin Photography at 8:42 PM