Following up on the news last week that Dora the red-tailed hawk was constructing something out of leaves in a ginkgo tree in Tompkins Square, it now looks to be a serious project.

I spent this last weekend watching both Christo and Dora actively working on what looks to be a nest.  The odd thing is this is not nest-building time, which normally happens in late January or shortly before eggs are laid.  This raises so many questions...

The nest is easily visible, but the hawks are hard to see when they're in it.  This was the best I could do to capture both of them working on it at the same time.  Christo is in the nest while Dora perches on an upper branch. 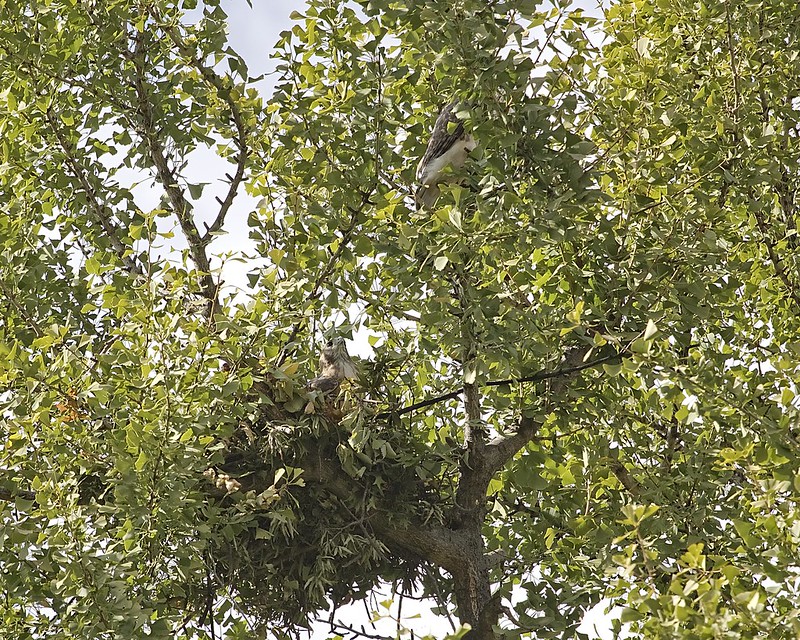 Christo peeks out at me from behind his blind of leaves.  The situation will be easier to see once the leaves fall from the trees. 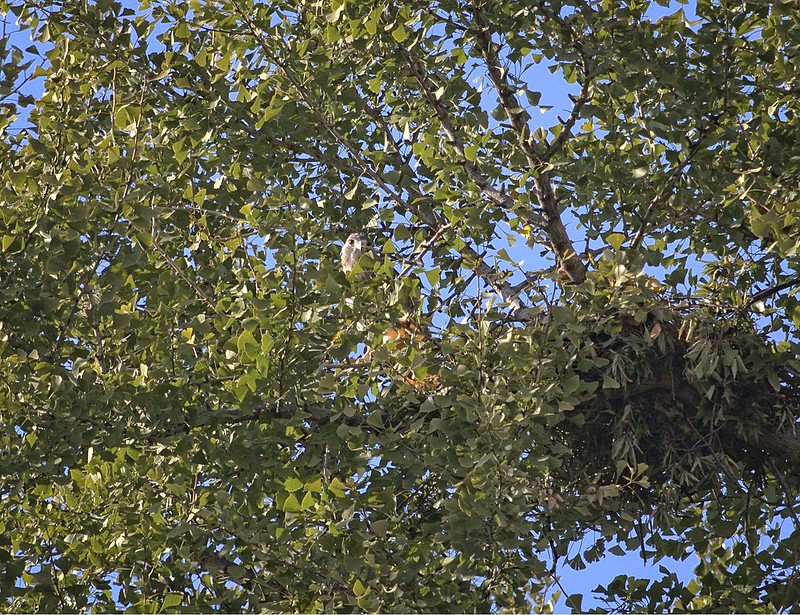 I watched Christo as he cut sticks from some nearby trees. 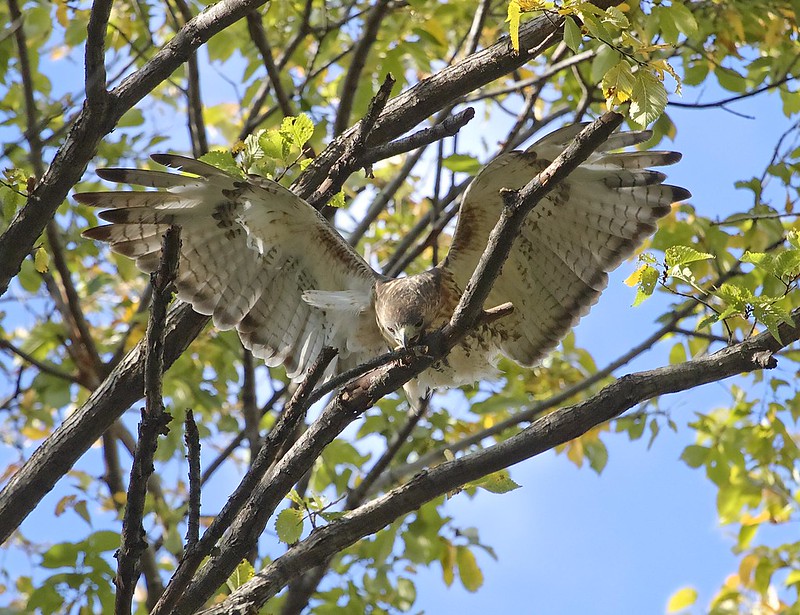 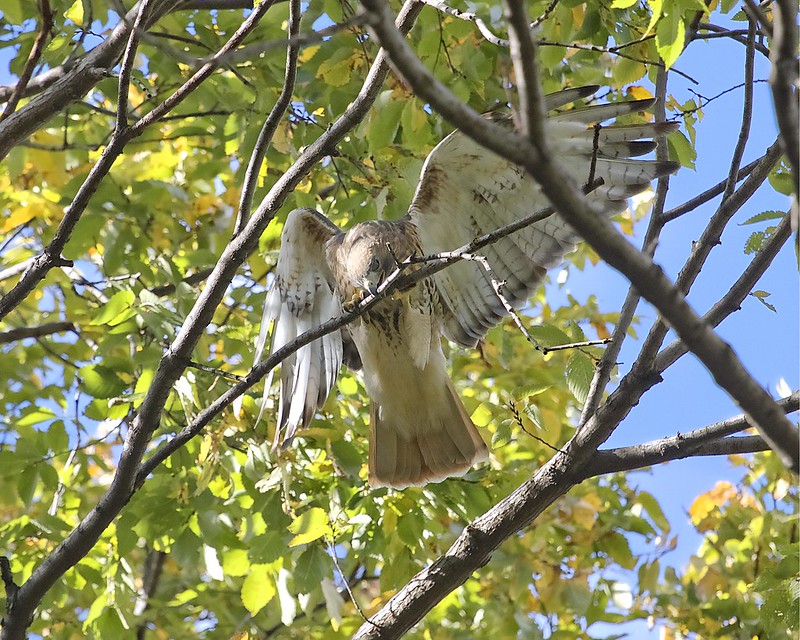 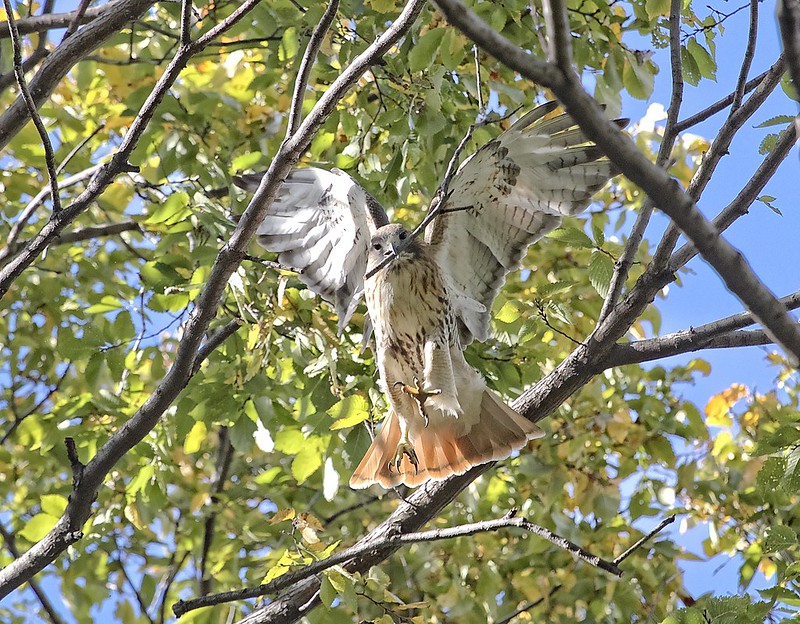 The horizontal stick below Christo's feet has just broken and is falling.  He's going down with it, with a second stick in his beak.

Both hawks took leaves to the nest.  This is Christo with a small branch from a pin oak. 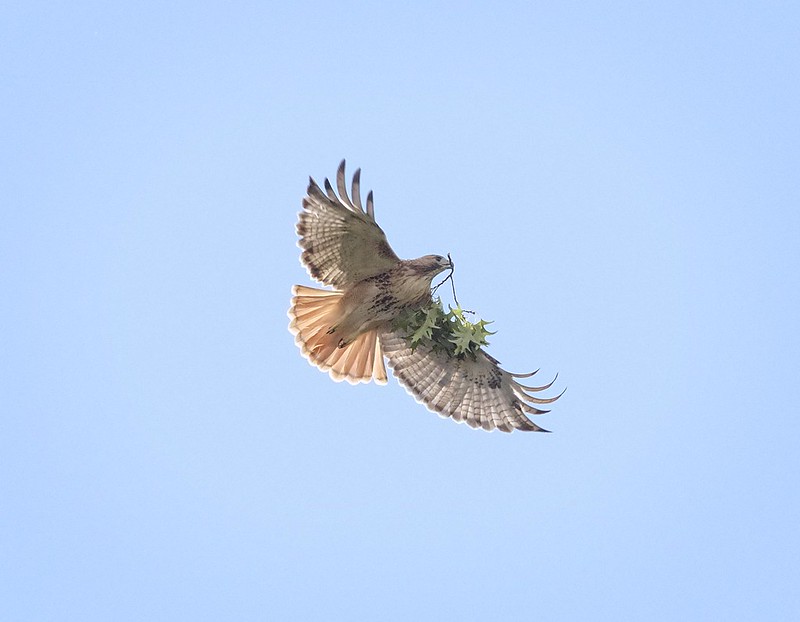 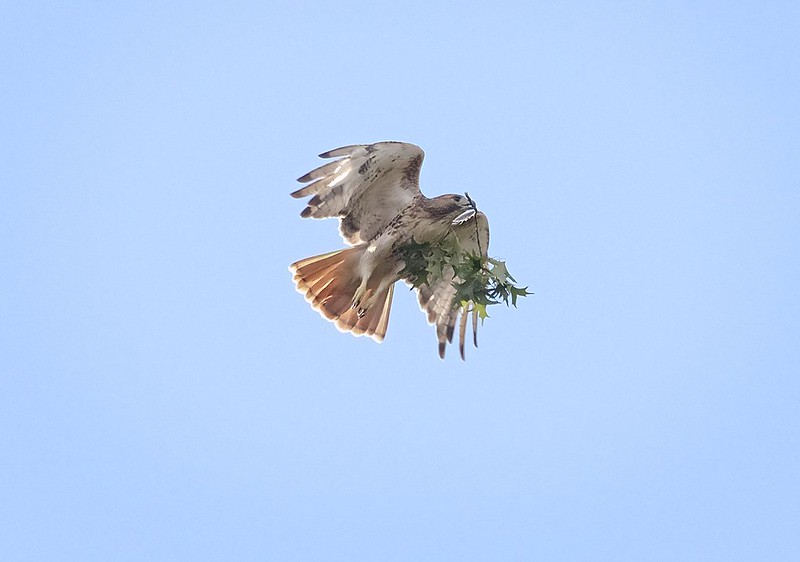 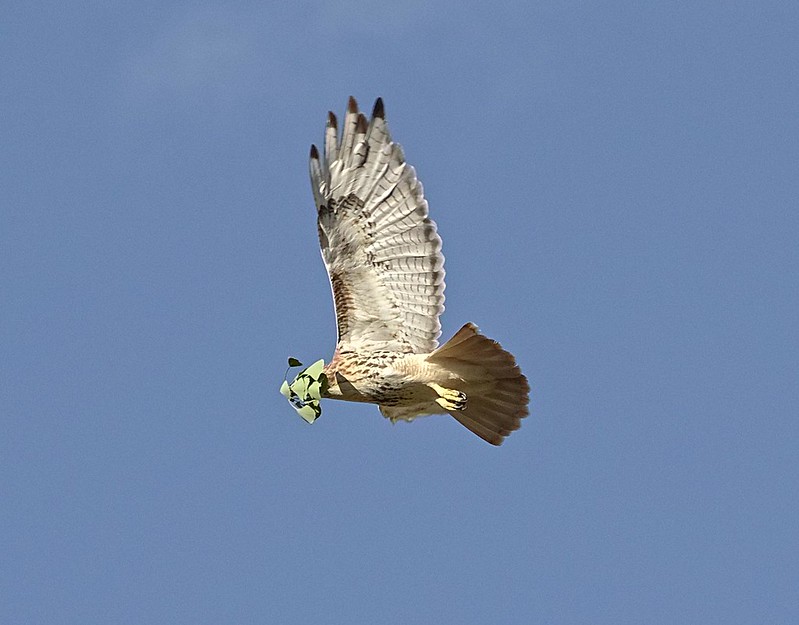 What does this all mean?  The fact the hawks are building something in a tree in the park makes me happy.  As much as I loved watching them nest on air-conditioners, I think a tree is a much better location.  It is out of the reach of humans and can provide more space for any babies to branch prior to fledge.

There were some questions raised about whether or not these hawks only knew how to build on buildings (if they were each born on air-conditioners, would they only know to build nests on air-conditioners?), so this proves our birds do know how to build a nest in a tree.  It also makes me wonder if they learned from their prior experiences - specifically losing the Christodora nest location - and are planning ahead.  Was it Christo's idea to build on buildings the last two years and now Dora is having her way?  Unfortunately, it's impossible to know.

As far as I'm aware, Christo and Dora did not build a practice/alternate last year.  If they did, it wasn't anywhere where we could find it.  Assuming this is their first attempt at a tree nest, what made them suddenly decide to do this?  Is it instinct?  Are they bored?  With the kids gone, maybe they finally have time to create that spare room they always wanted? 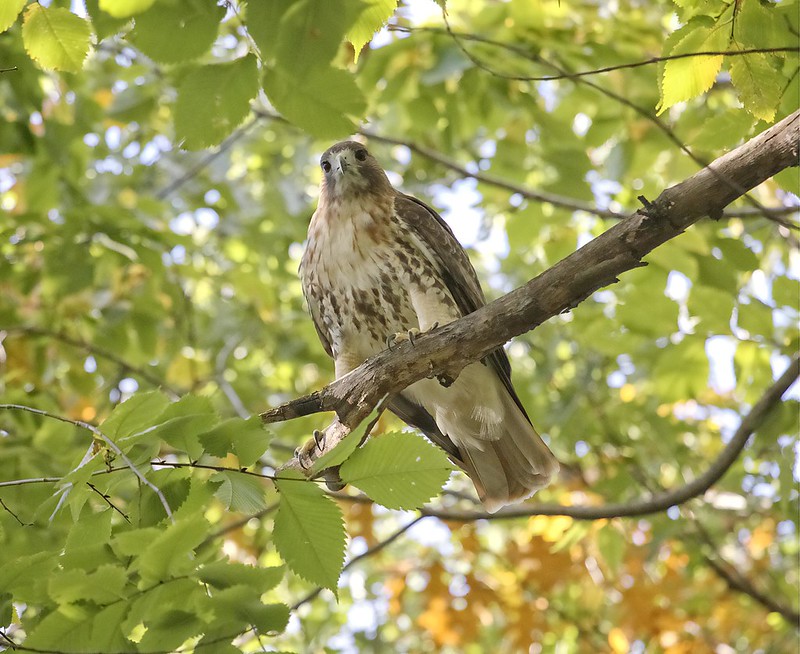