I spent some quality time with Christo this last weekend as he hunted in Tompkins Square.  Both fledglings and Dora were around, and it's his job to provide for them all, so he had a lot to keep him busy. 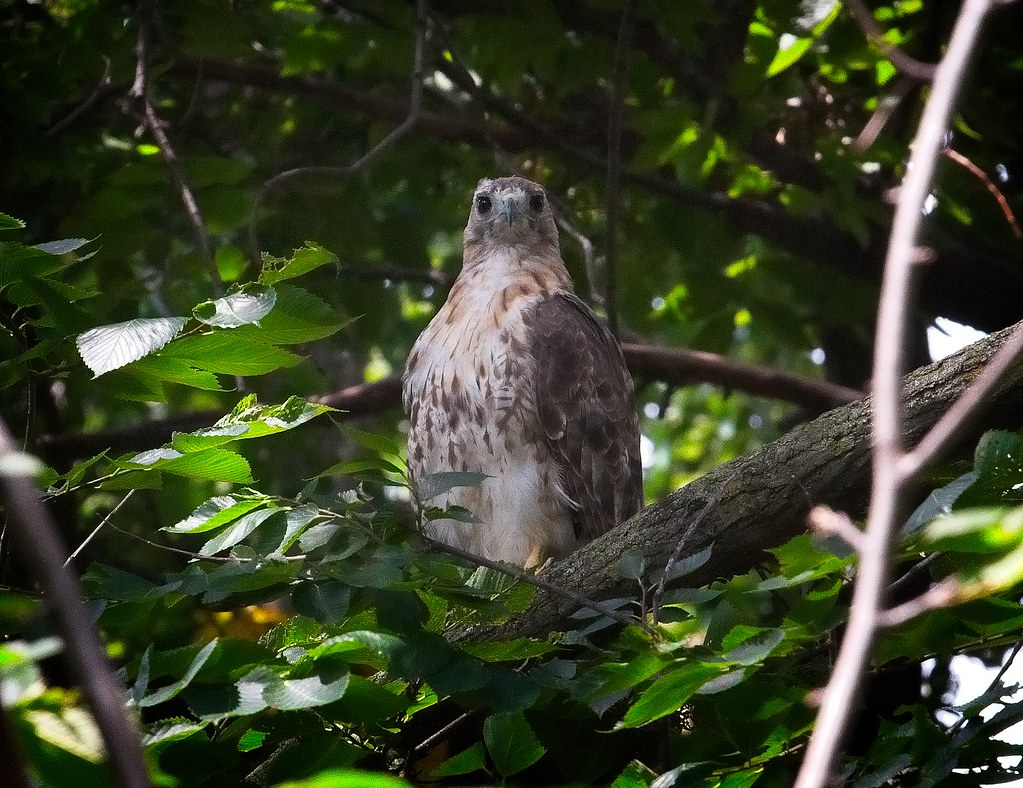 On Friday, I followed the sound of hawk screaming to the east side of the park where the native fledgling, Ten, and mom Dora were hidden in the trees along Avenue B.  They both loudly called out as Christo delivered some prey.  After he took off from the trees, Dora quieted down, so I presumed she took the meal.  The fledgling, however, kept on begging to be fed.  She has a distinctive two-part call, which you can hear in this video:

As she carried on in the background, Christo patiently studied the nearby shrubbery, suddenly diving when his target came into view.  He was so fast, I almost lost him in the frame. 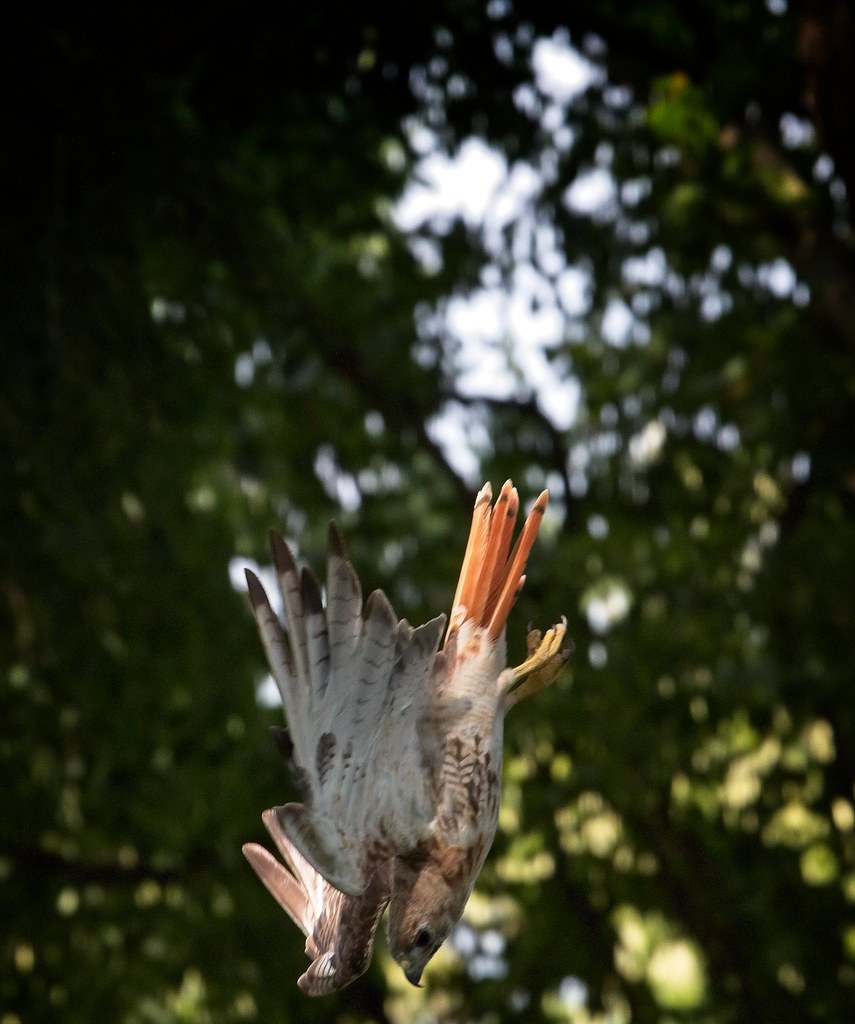 About four feet from the ground, he flipped right-side-up and came down talons-first. 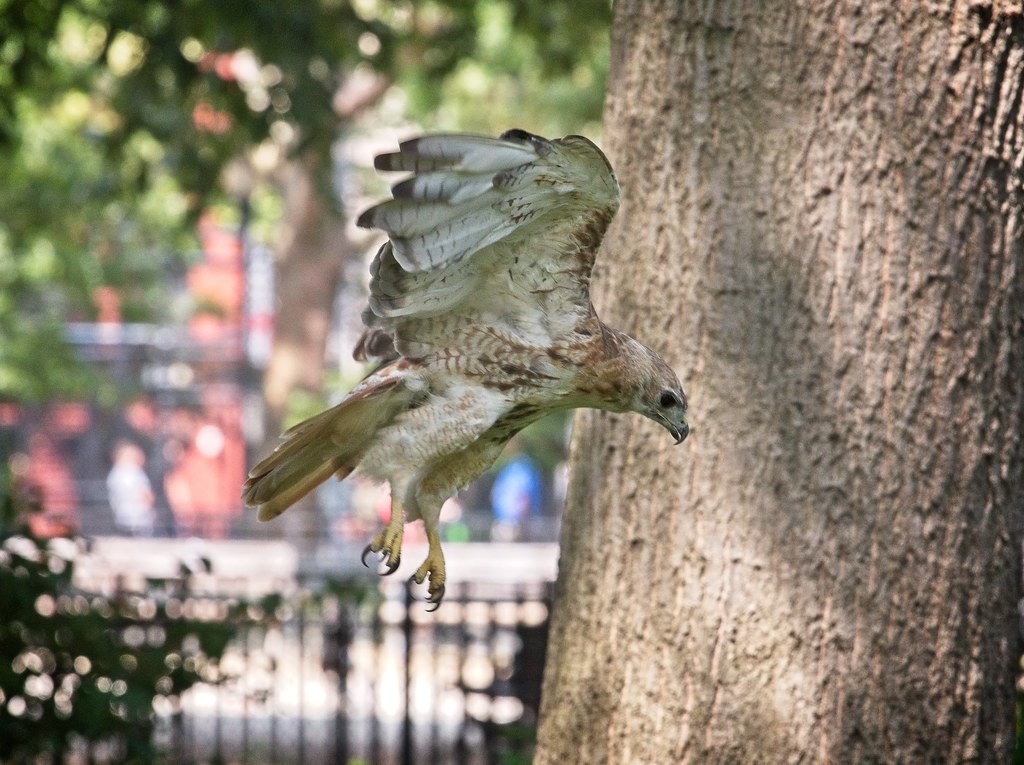 Christo went out of view in the bushes, then popped up a few seconds later empty-taloned.  What ever he'd aimed for had escaped this time. 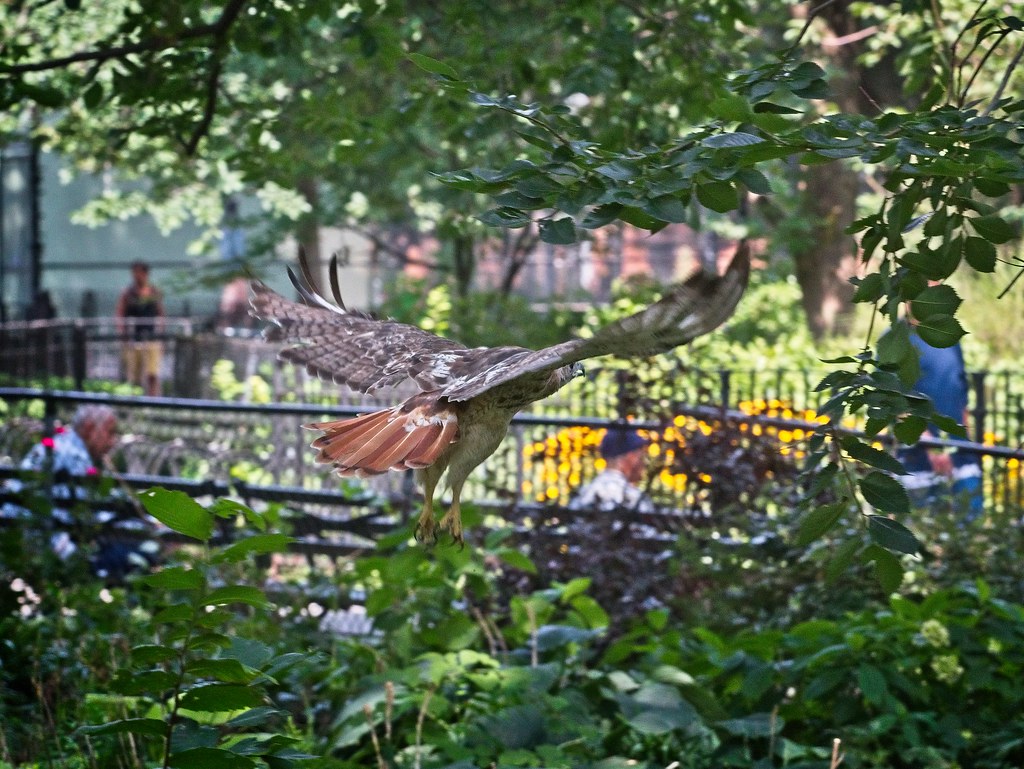 With the fledgling still screaming high in a tree, Christo casually took a look around a landscaped area from a low viewpoint. 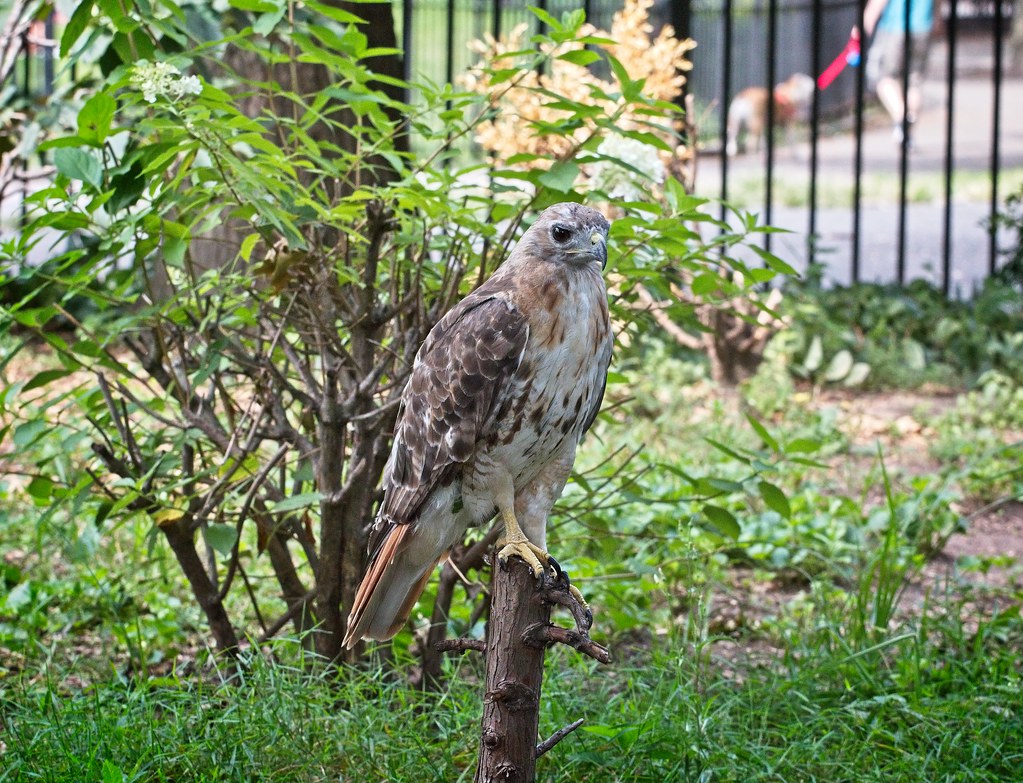 Not satisfied with that position, he flew up a bit higher... 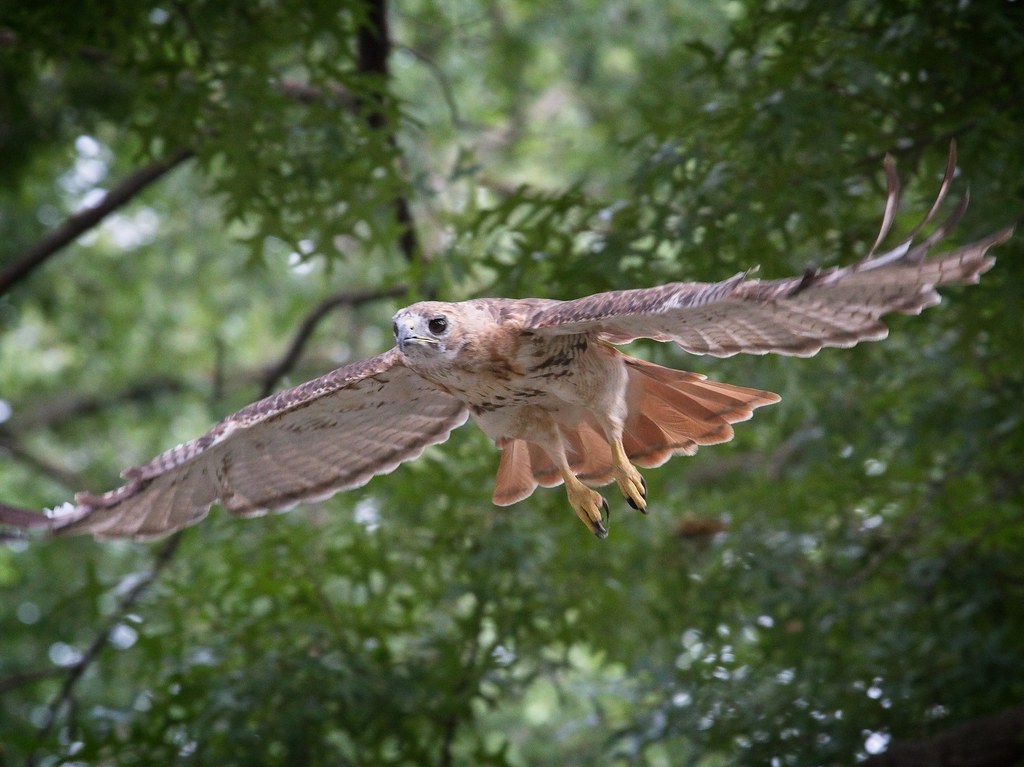 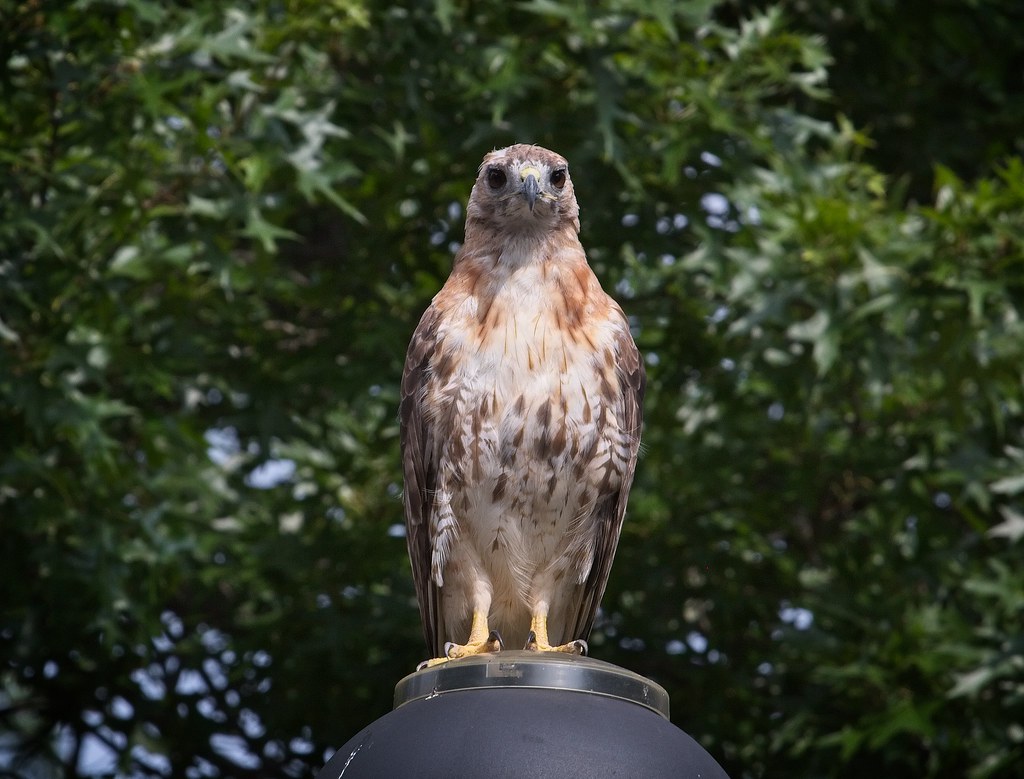 Then he was off again.  I watched him repeat the same pattern (watch, dive, miss) in the same area a few more times before I had to leave for the day. 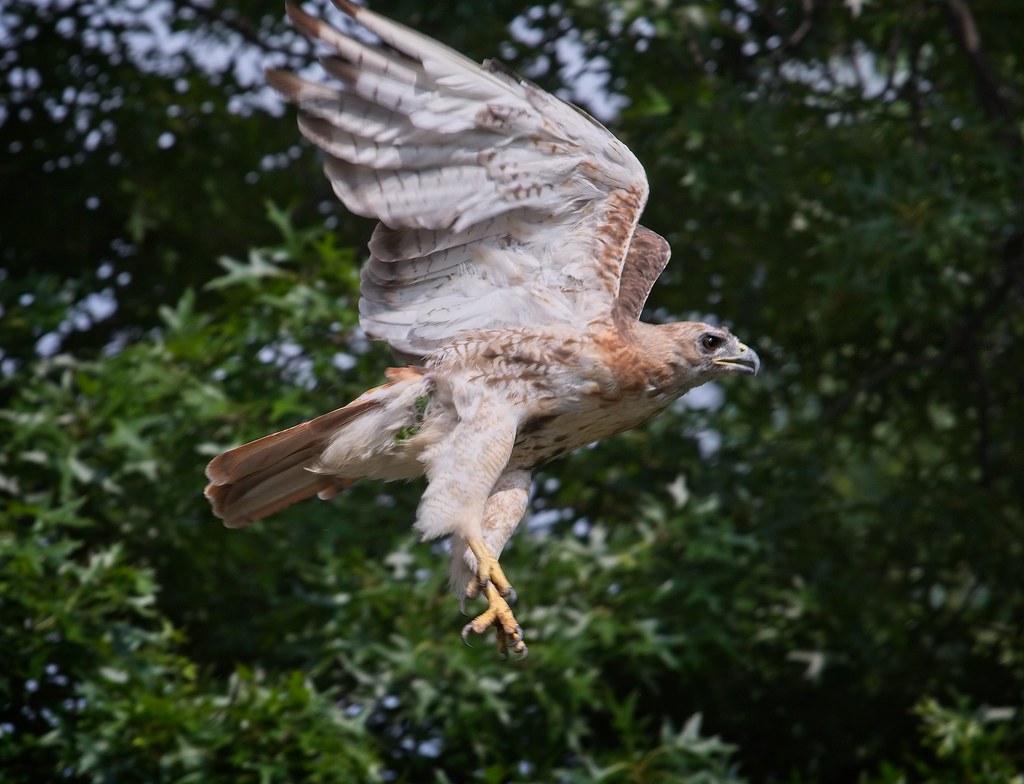 I returned on Saturday just in time to see Christo catch a rat in the same area where he'd been hunting the previous day. 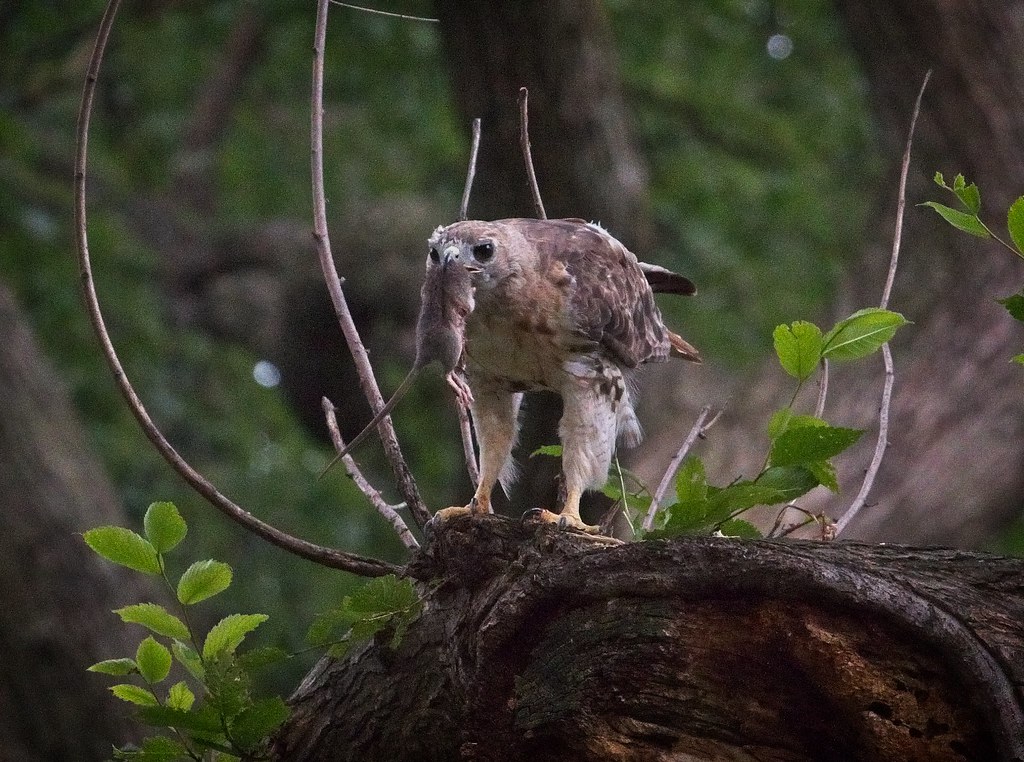 After eating the head, he flew the body to the west side of the park where Ten had been hanging out on a rooftop all day. 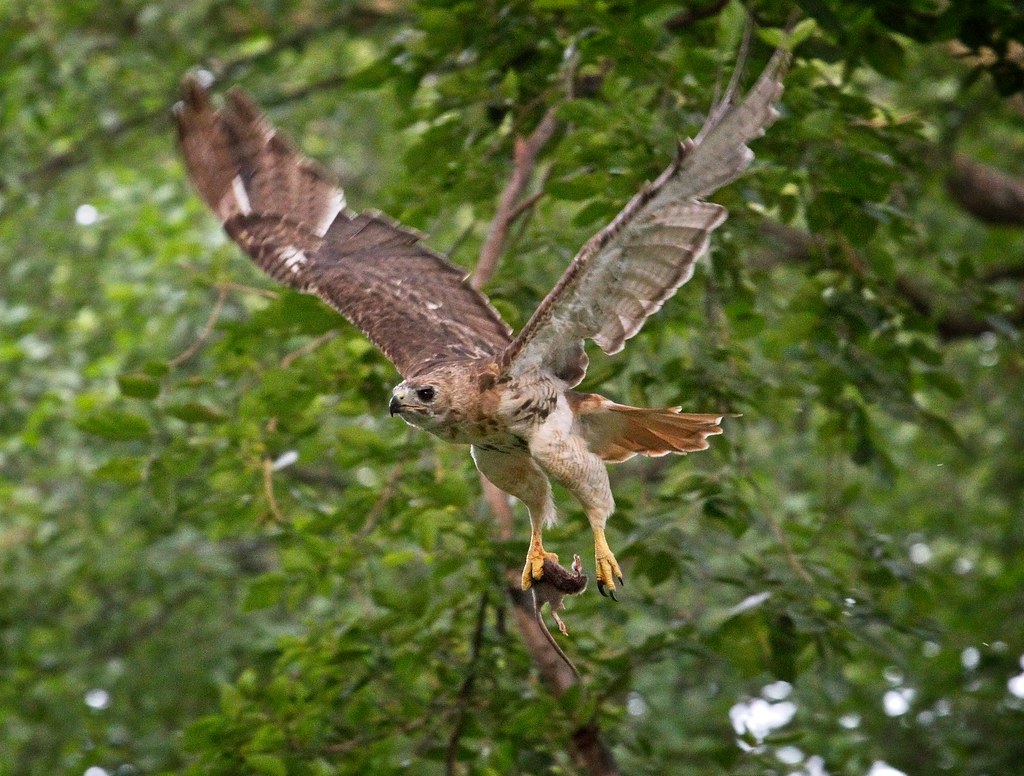 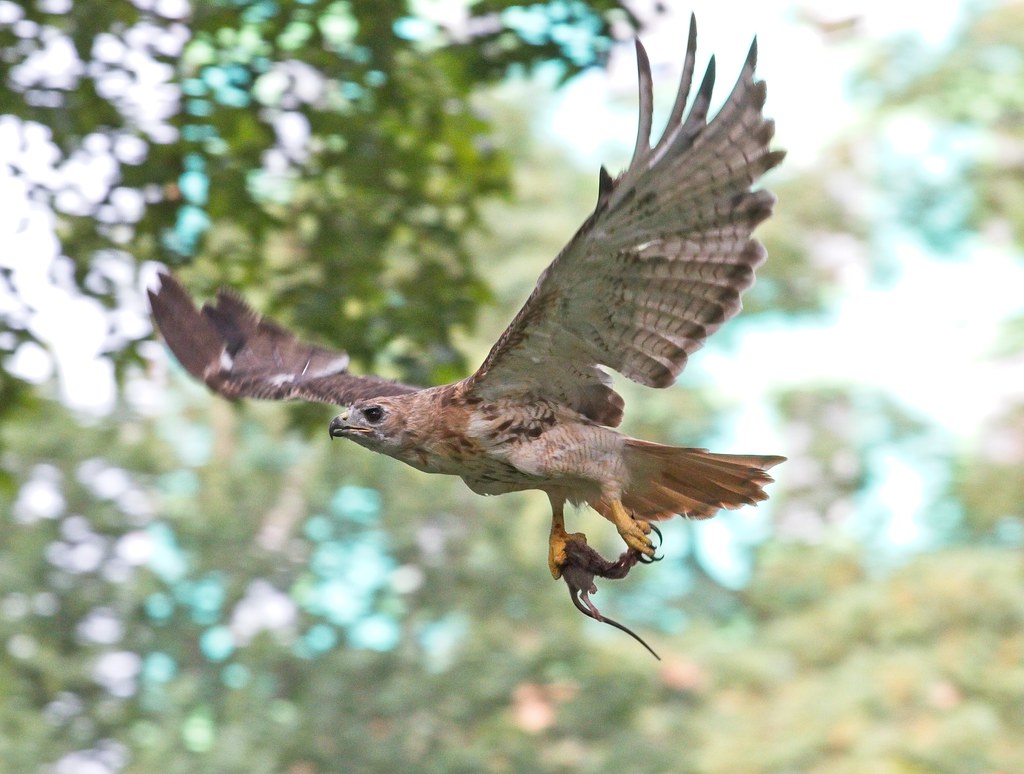 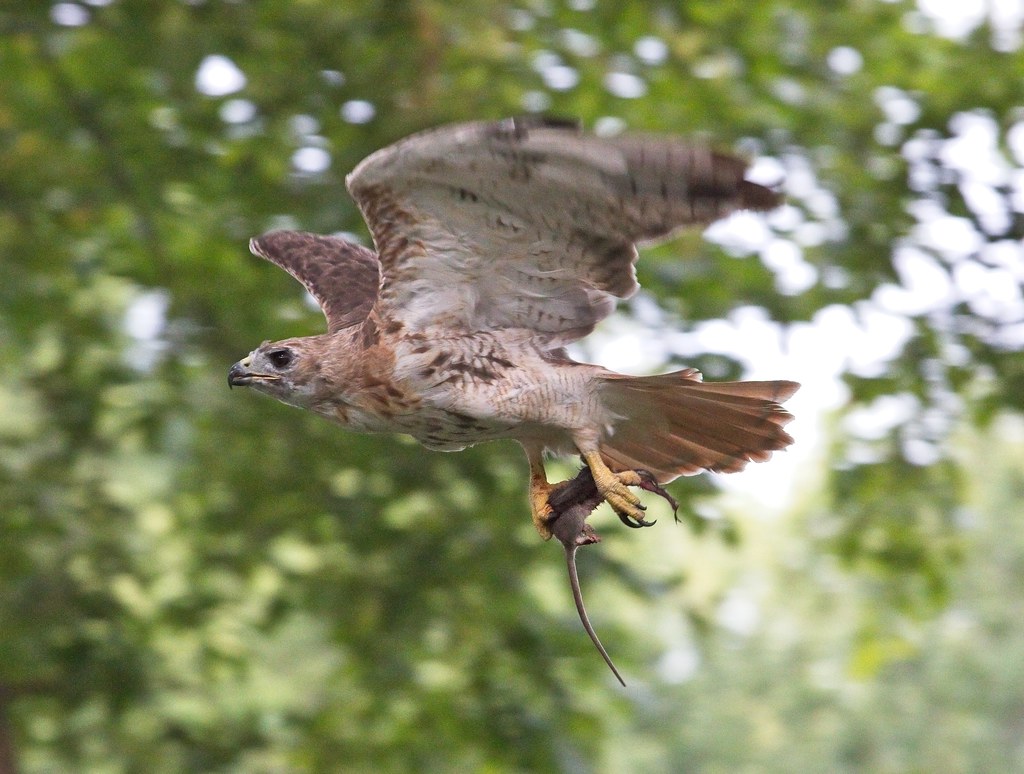 After taking the rat to a tree, Christo called a few times for Ten (or who ever was in the area) to come and pick up dinner.  No one answered, so he ate it himself.  I went to check the spot where Ten had been and she was no longer there, so she was either not interested or was eating leftovers somewhere else.  I always feel bad when no one answers Christo's dinner call as he works so hard to get the food.  In this case, though, he reaped the reward himself.