Sad update on Flatbush the hawk

I have received some heartbreaking news regarding Flatbush, the red-tailed hawk fledgling who was fostered by Christo and Dora this last summer.  He apparently suffered a fatal collision on August 15, which was likely caused by the effects of West Nile virus. 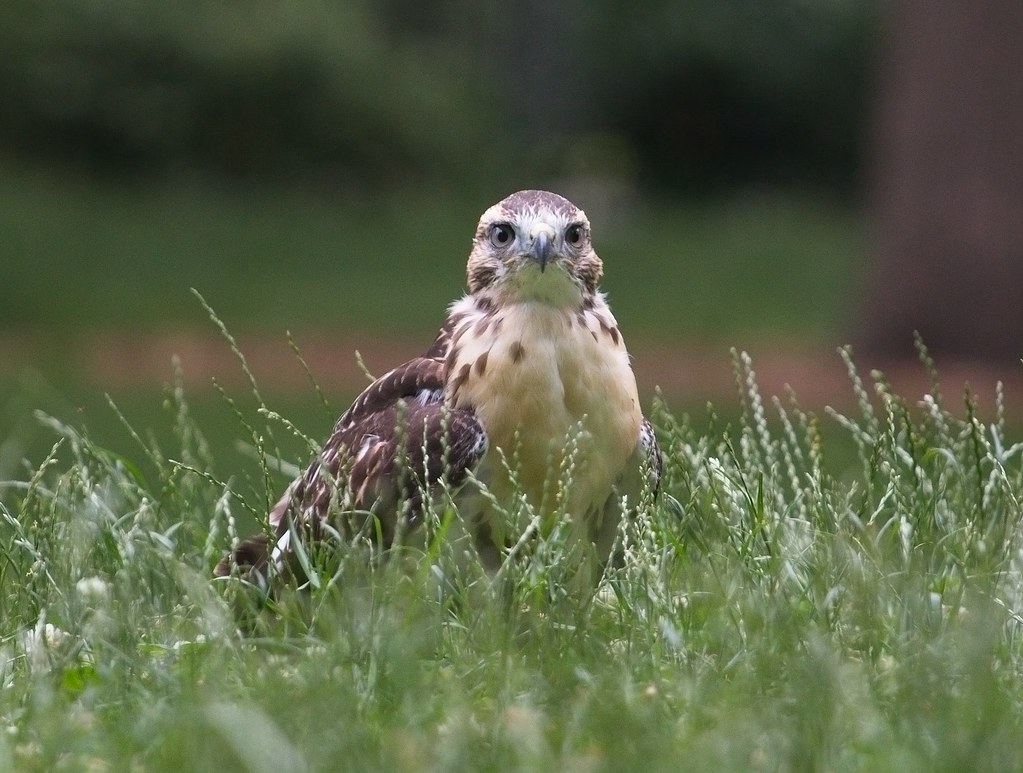 We last saw him in Tompkins Square on August 13.  He was then found two days later on a balcony at Avenue C & 10th Street and was reported to Audubon.  Lab work was done and he tested positive for West Nile.

West Nile virus is transmitted by infected mosquitoes that bite the bird.  Flatbush did not display any obvious signs of illness, but the virus does not always show itself, and it may have affected him very quickly.  According to Microbe Wiki, symptoms can include lack of coordination, lethargy, inability to fly and lack of awareness.  These things can all lead to a collision.  Even if he had displayed obvious symptoms, it's not likely anything could have been done for him.

I am grateful to have known Flatbush while he was with us.  Not only did he bring a lot of joy to the neighborhood, he enabled us to witness Christo and Dora take care of him as their own. That is something we would likely never see anywhere else and it just showed how incredible these hawks are.

If anyone finds a dead bird of any kind, please report it to Audubon via their D-Bird database. This is part of Project Safe Flight, which strives to make our environment as safe as possible for birds.