The two Tompkins Square red-tail nestlings are growing and changing fast.  They're finally getting big enough to see from the ground, but the placement of the nest is pretty well hidden, so getting photos is a challenge.  Below are pics from the last several days, in date-order.  It's hard to believe the chicks are just over three weeks old. 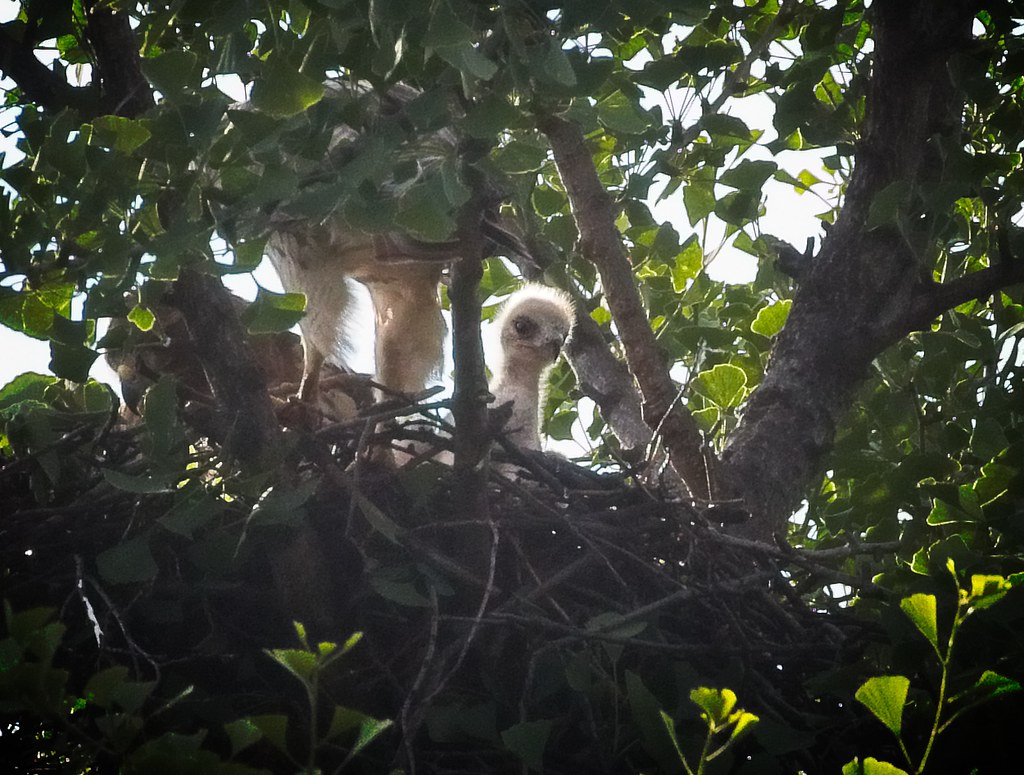 Dad Christo looks on as one nestling gazes out over the park. 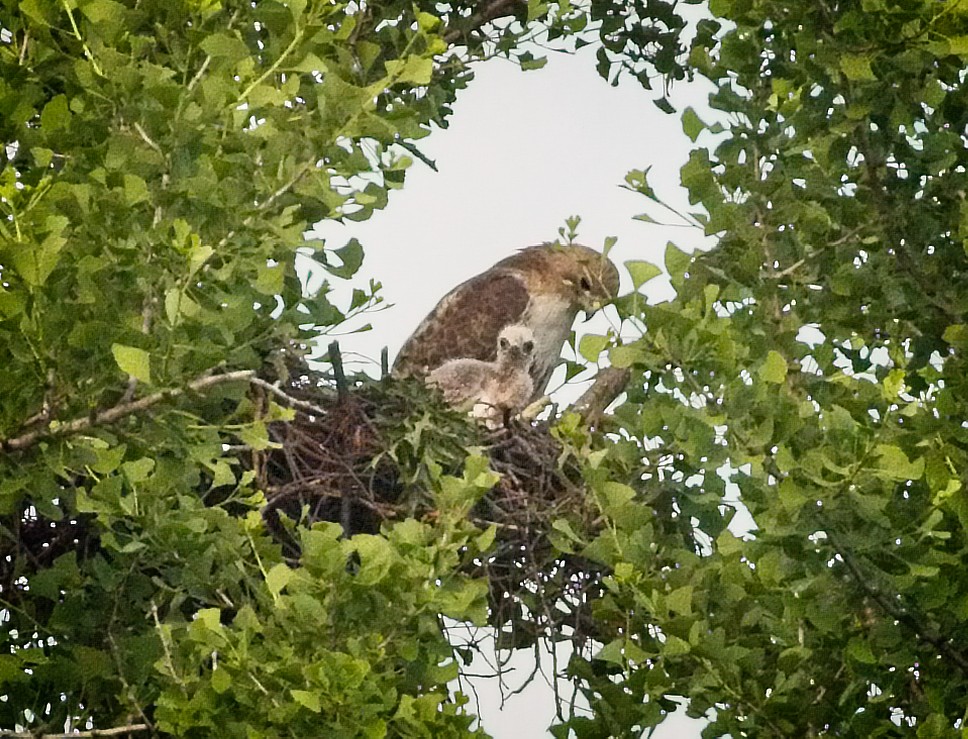 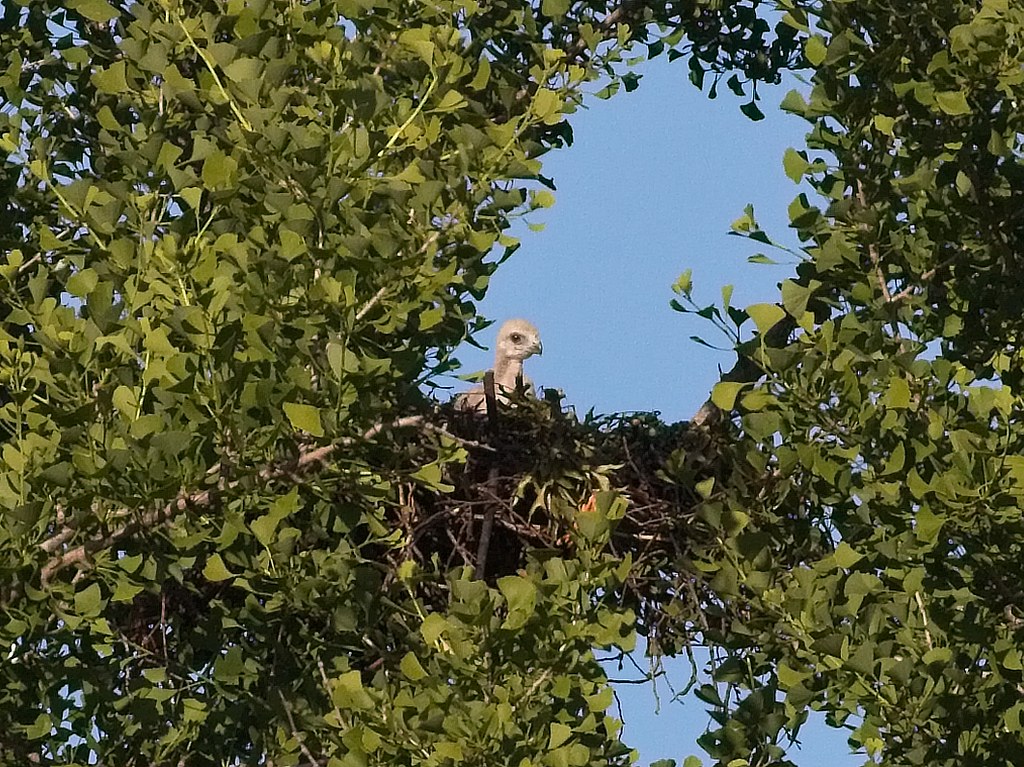 A wing-stretch reveals the formation of pin feathers. Look closely and note the second chick on the left, its face blocked by leaves. 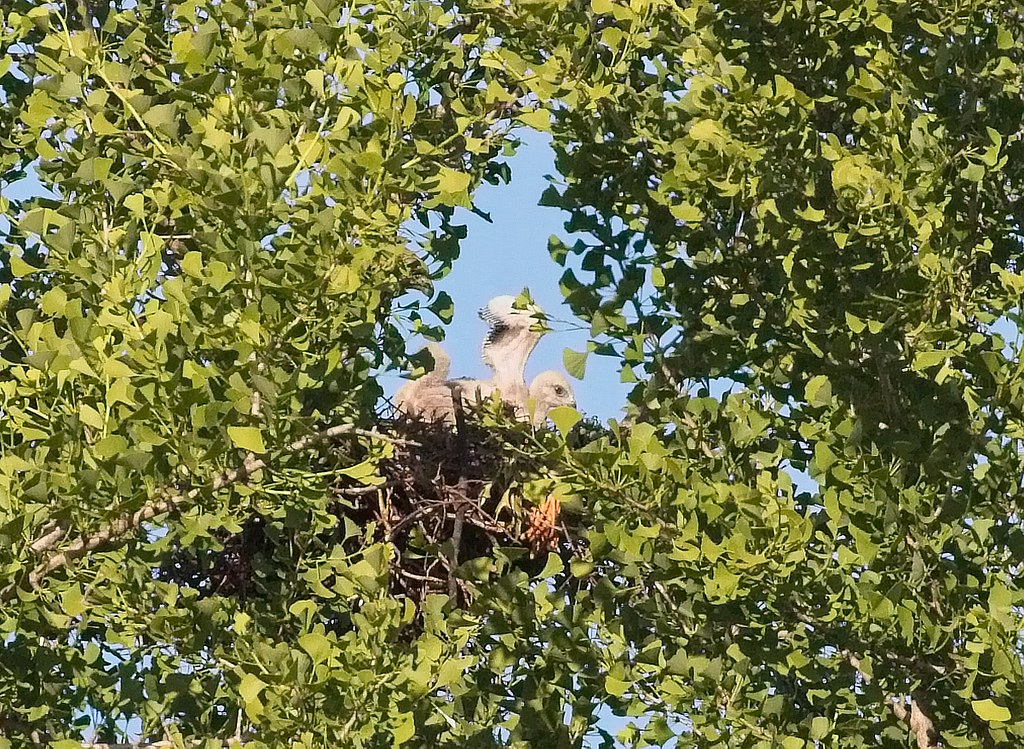 This chick already has an impressive wingspan. 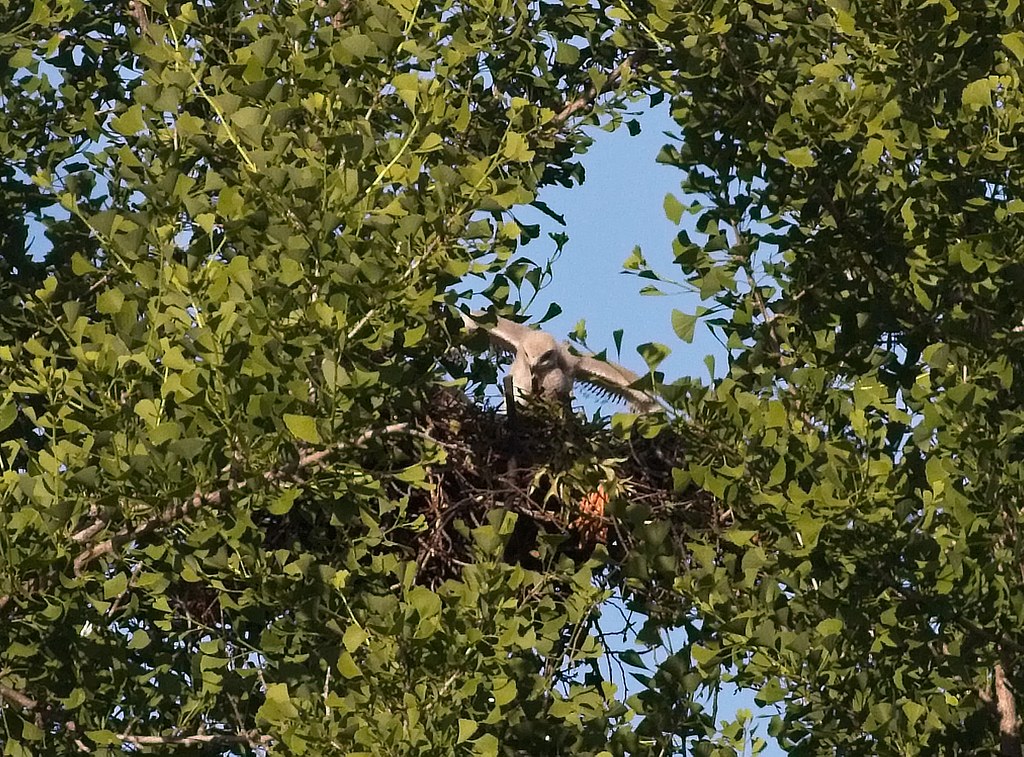 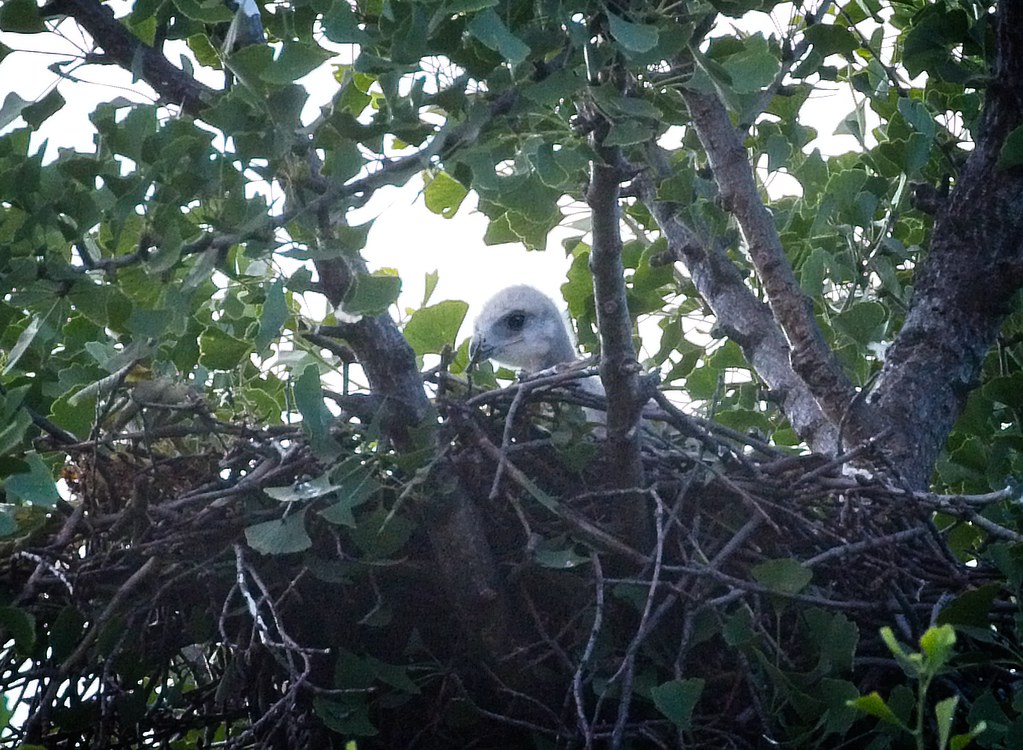 A view of the pin feathers from behind.  Note they are also starting to appear on the tail. 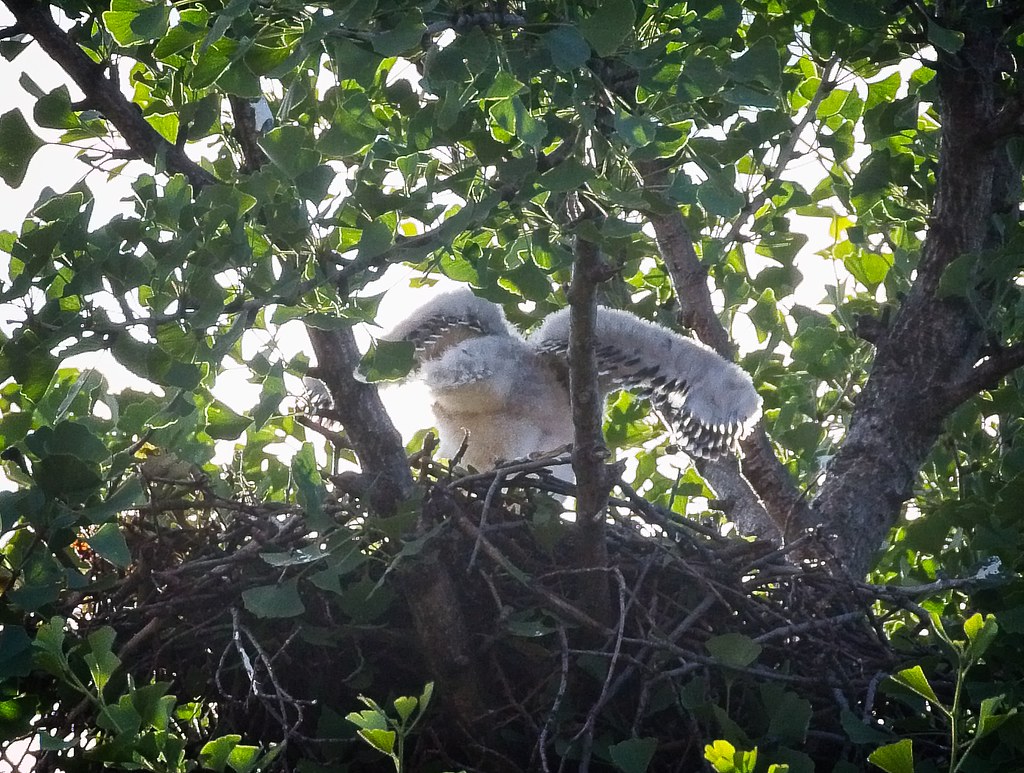 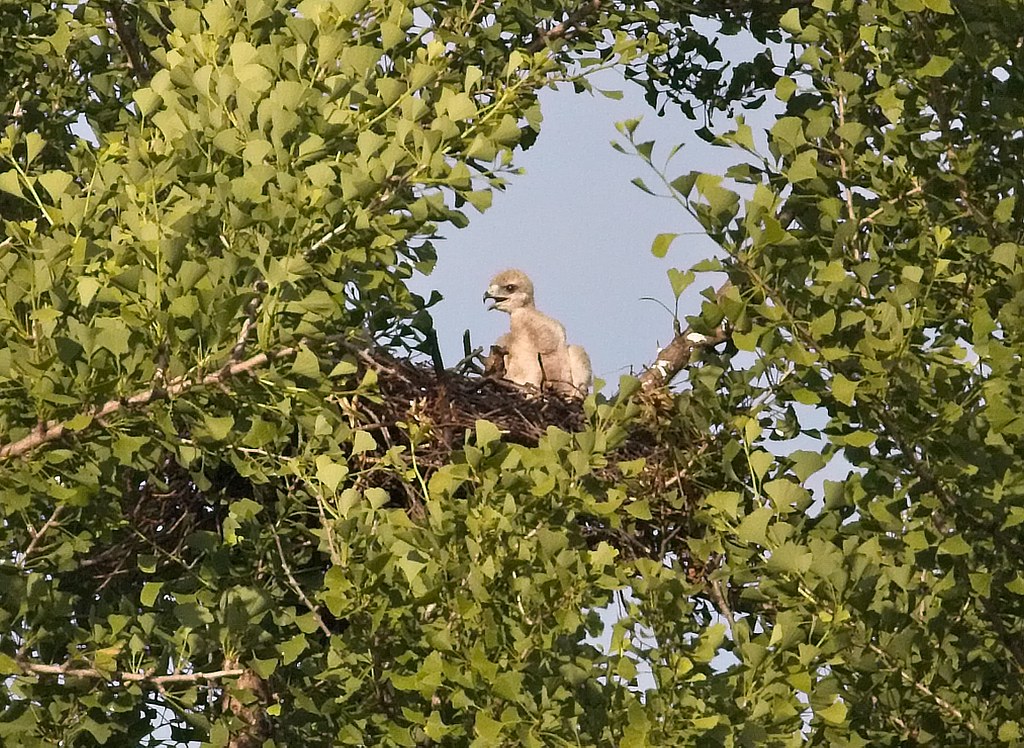 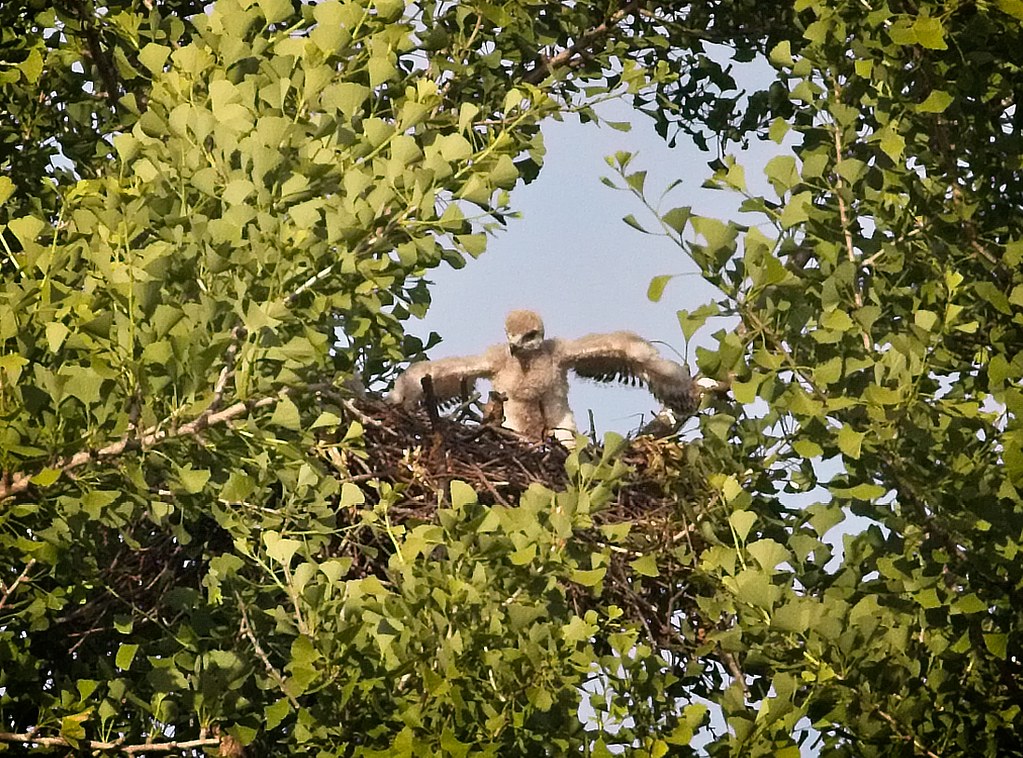 A lazy Sunday afternoon with mom Amelia in the background. 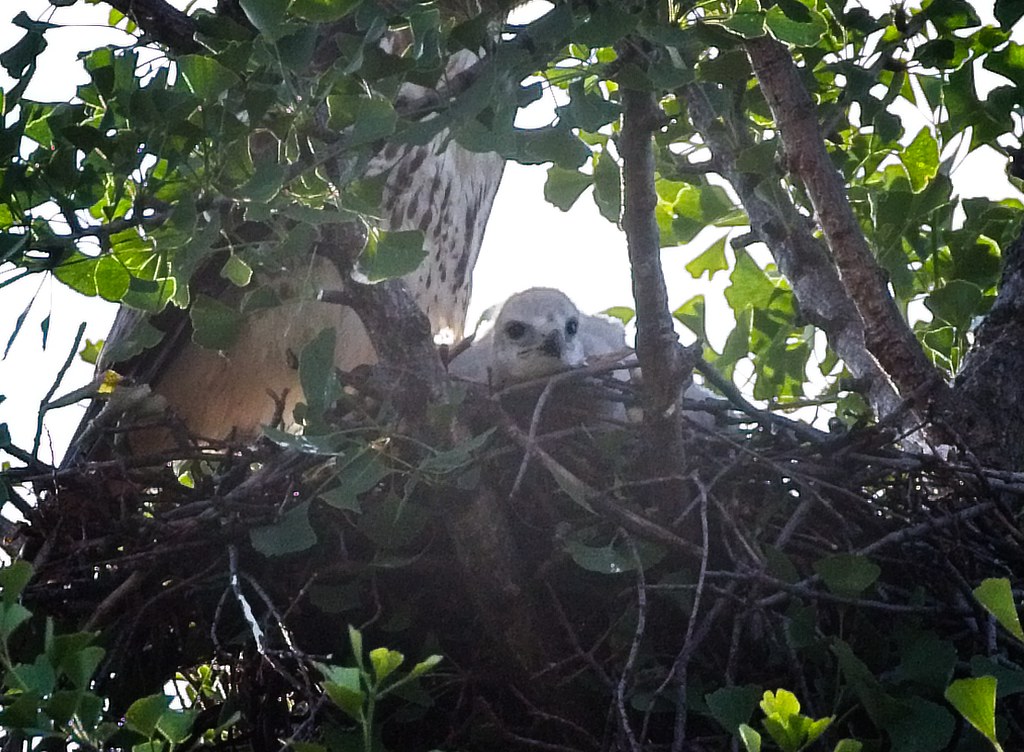 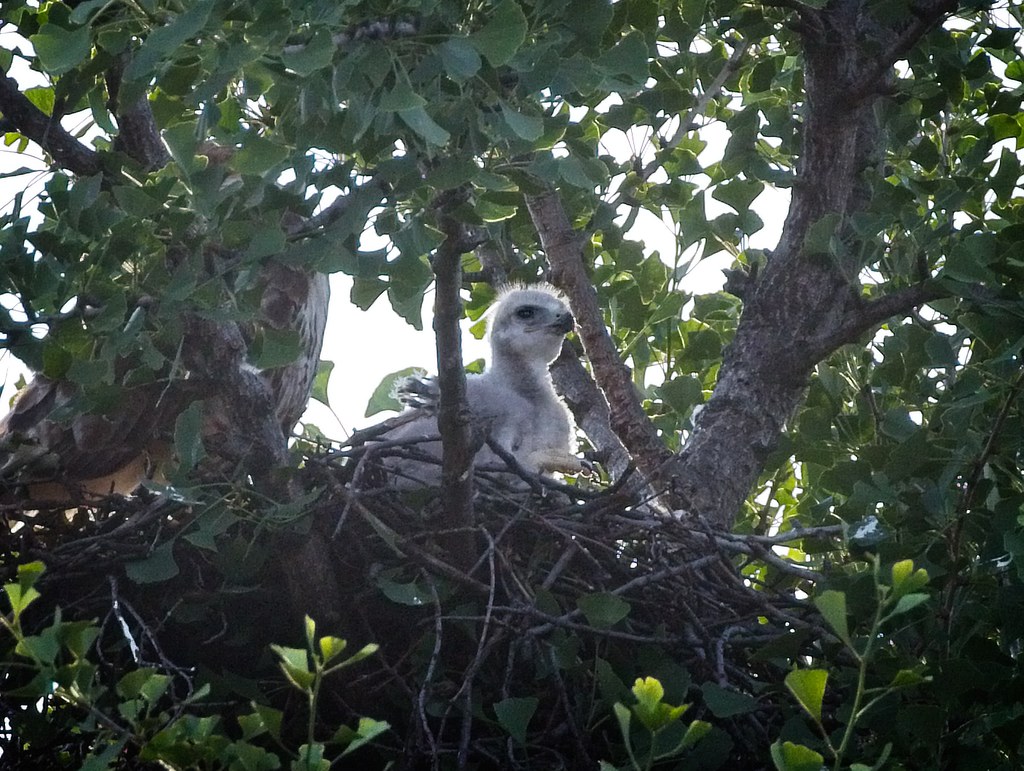 At last, BOTH chicks at once! 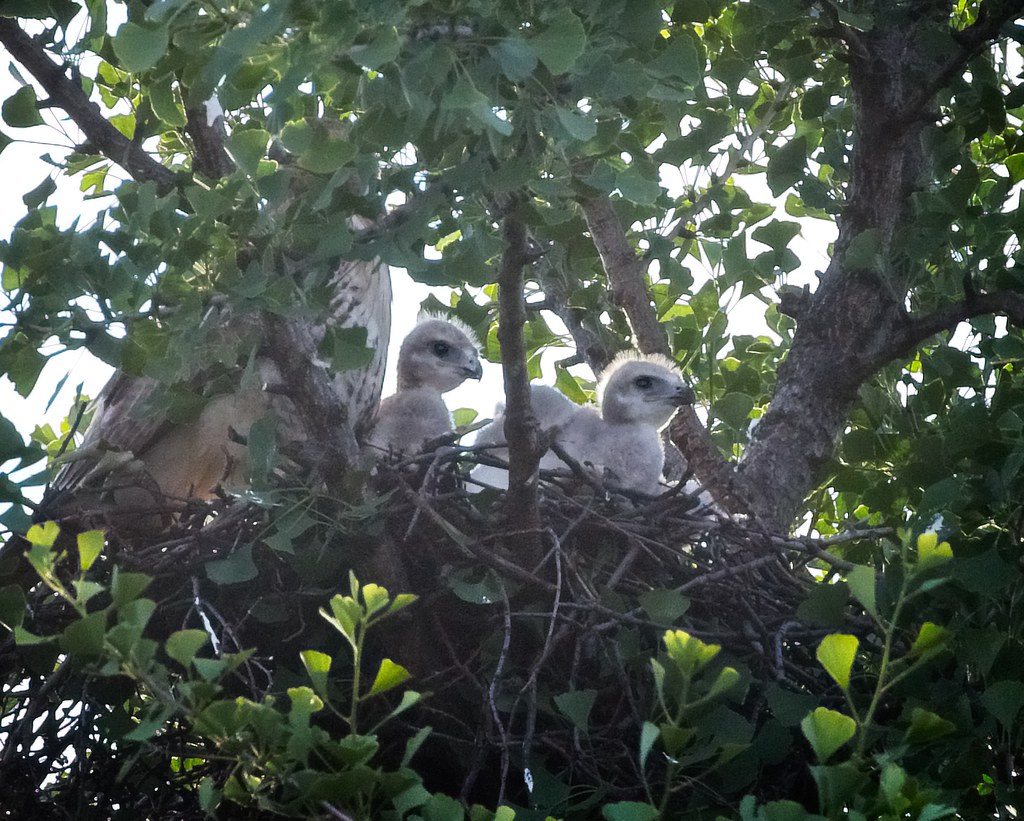 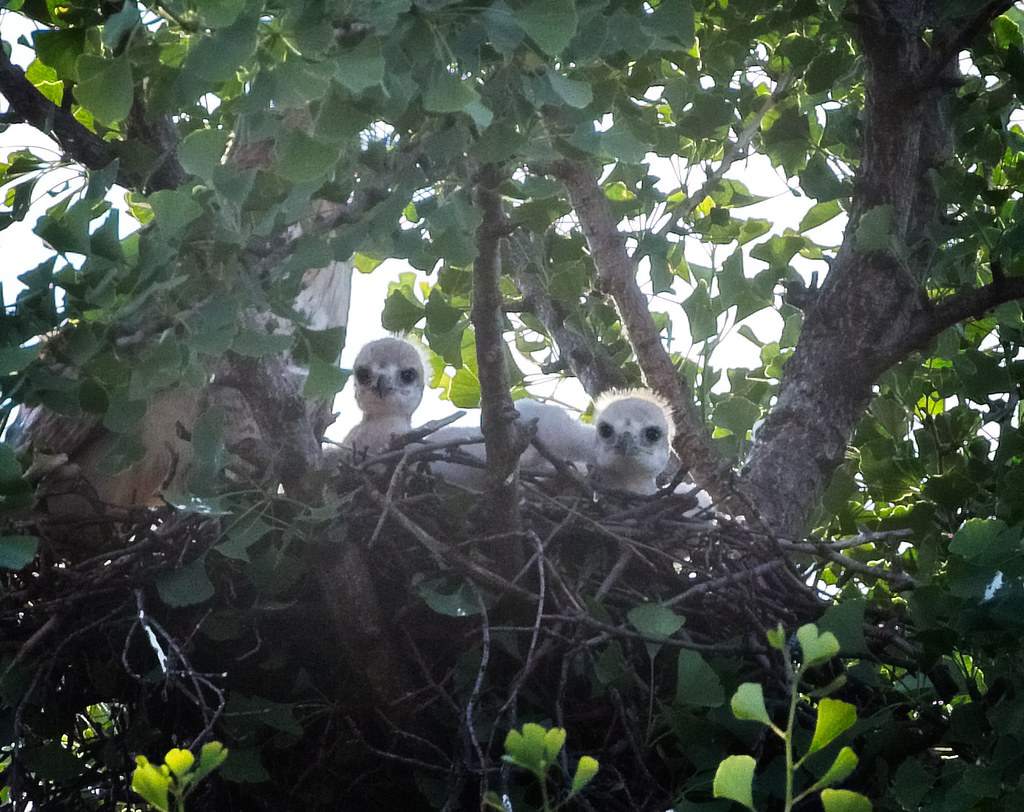 Meanwhile, Washington Square Park had its first fledge this last Saturday.  See Roger_Paw's blog for an account of its first day out and about, and there is video of the fledge from the NYU webcam here.

Urban Hawks was on the scene of the fledge and also has video of the moment it happened.

Check out the rest of his site for updates on the other Manhattan nest sites, some of which have experienced some drama this season.