It's been a week since we had our first glimpse of a chick in the Tompkins Square hawk nest, and two weeks since they had a hatch.  It looks like there are just two hatchlings this season.  The nest is really hard to see this year, but I did get to see one of the chicks pop up today.

I caught mom Amelia feeding one of the chicks late this afternoon. 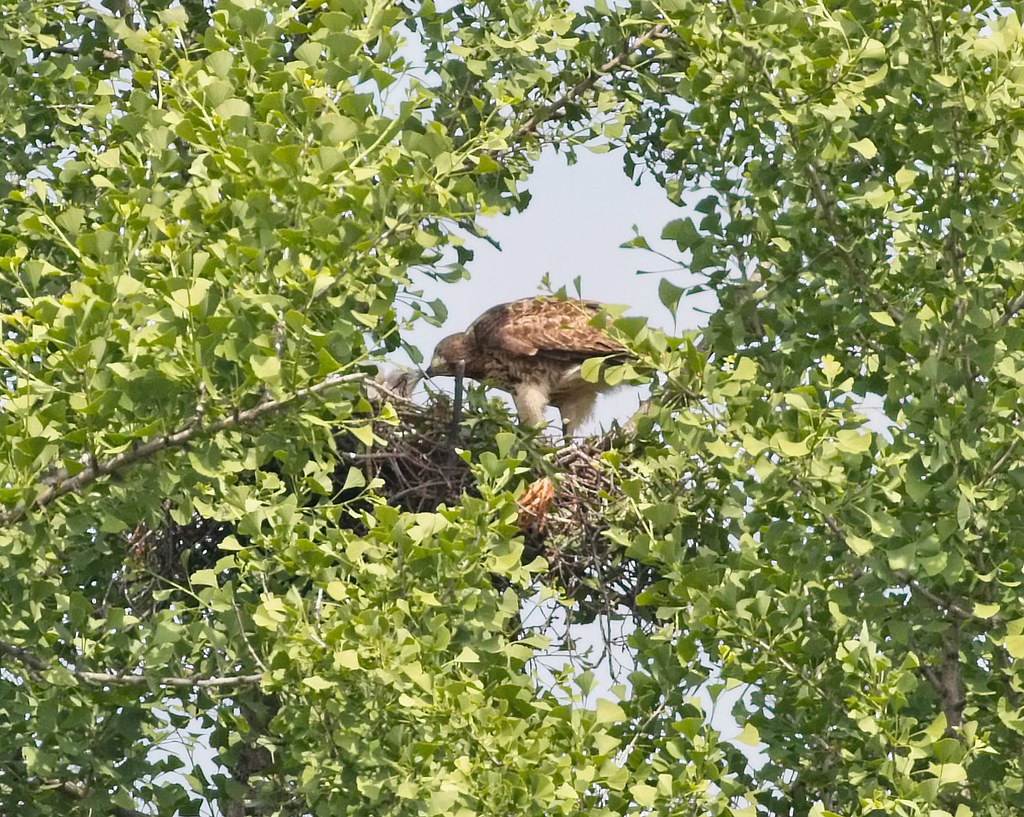 For a while, all I could see was the chick's head poking up above the rim of the nest. 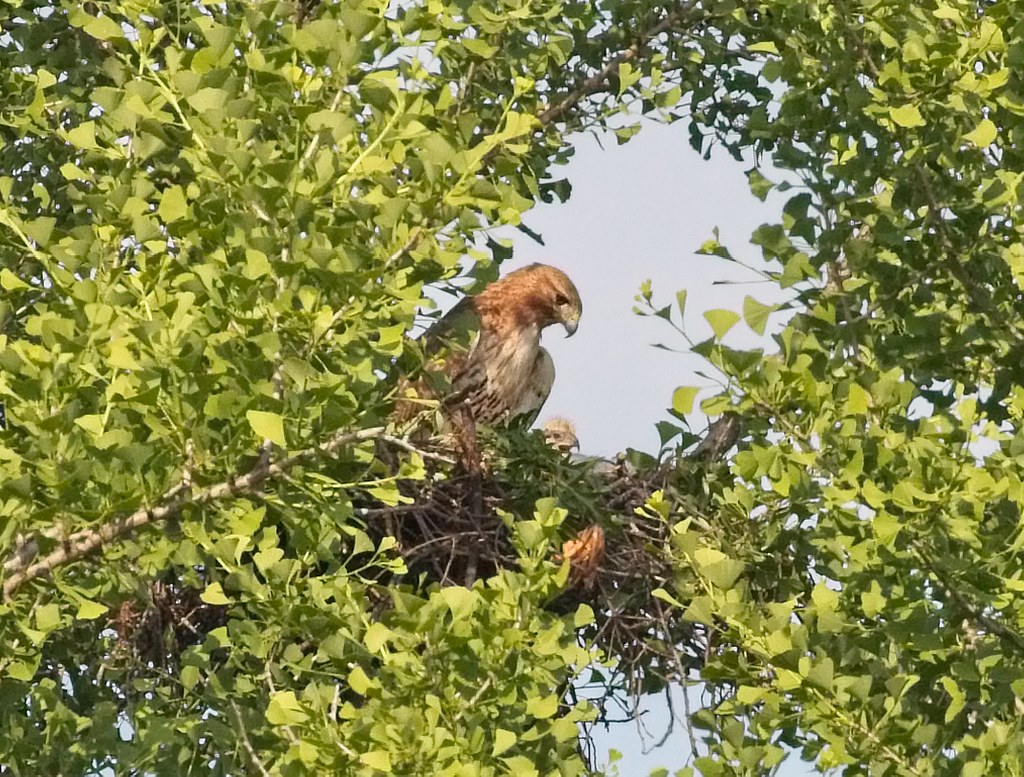 Then, suddenly, it popped up to reveal itself and a very full crop. 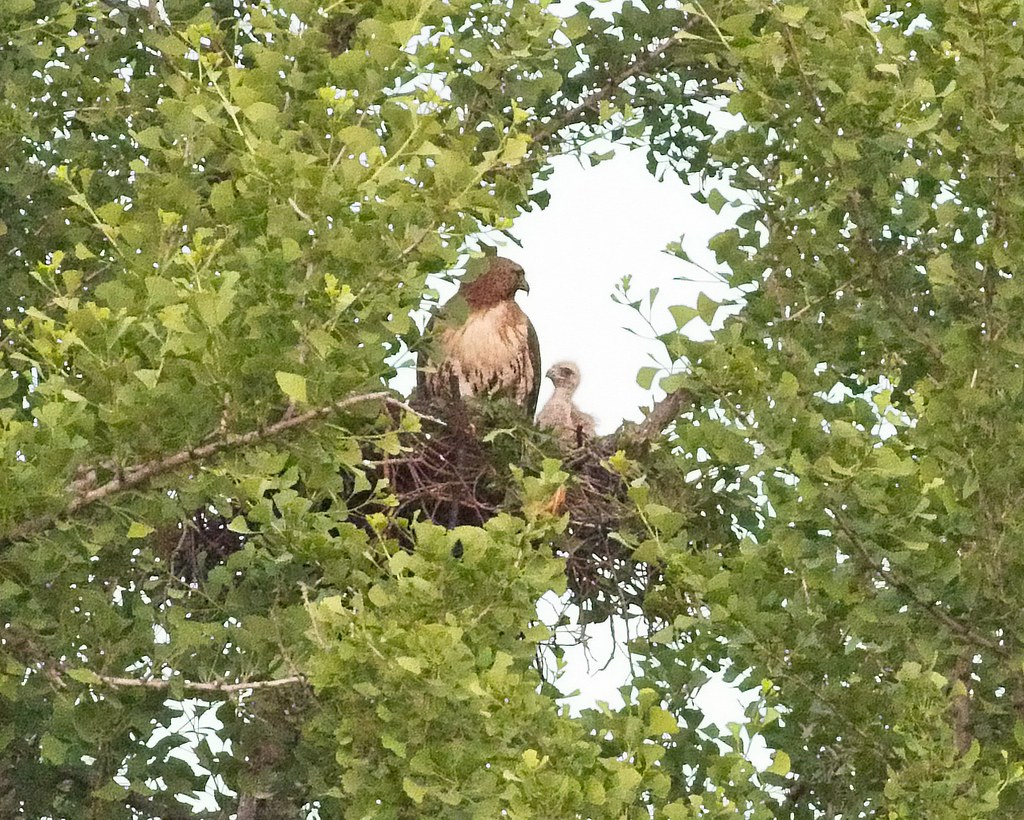 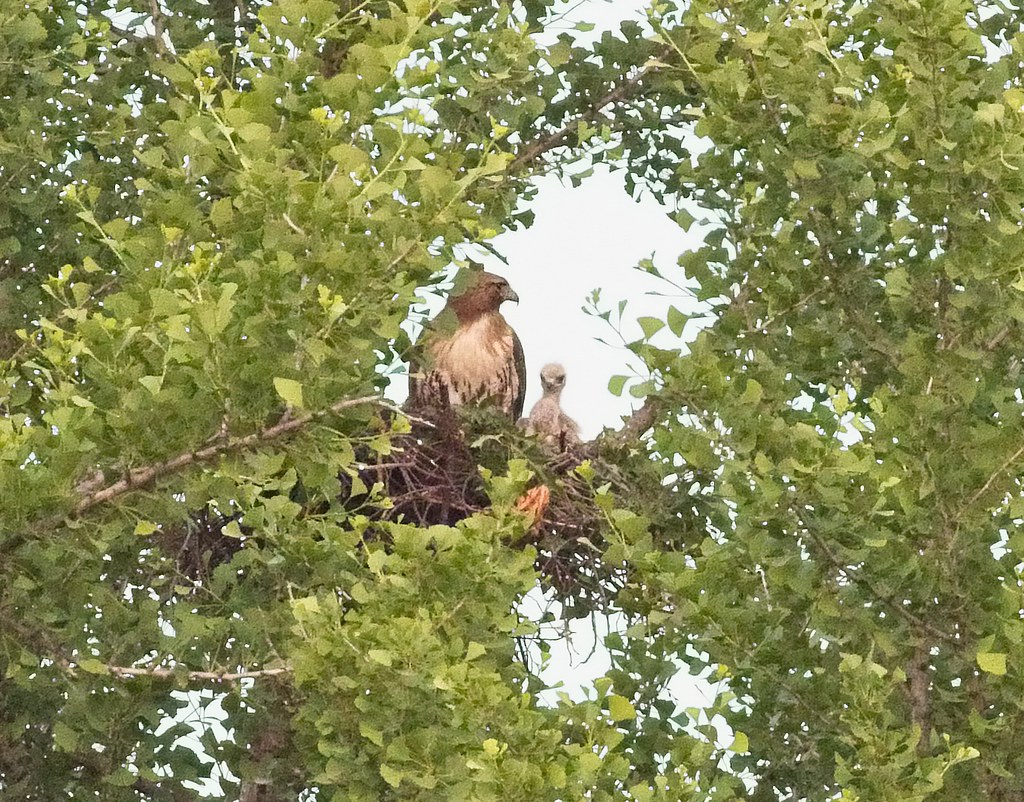 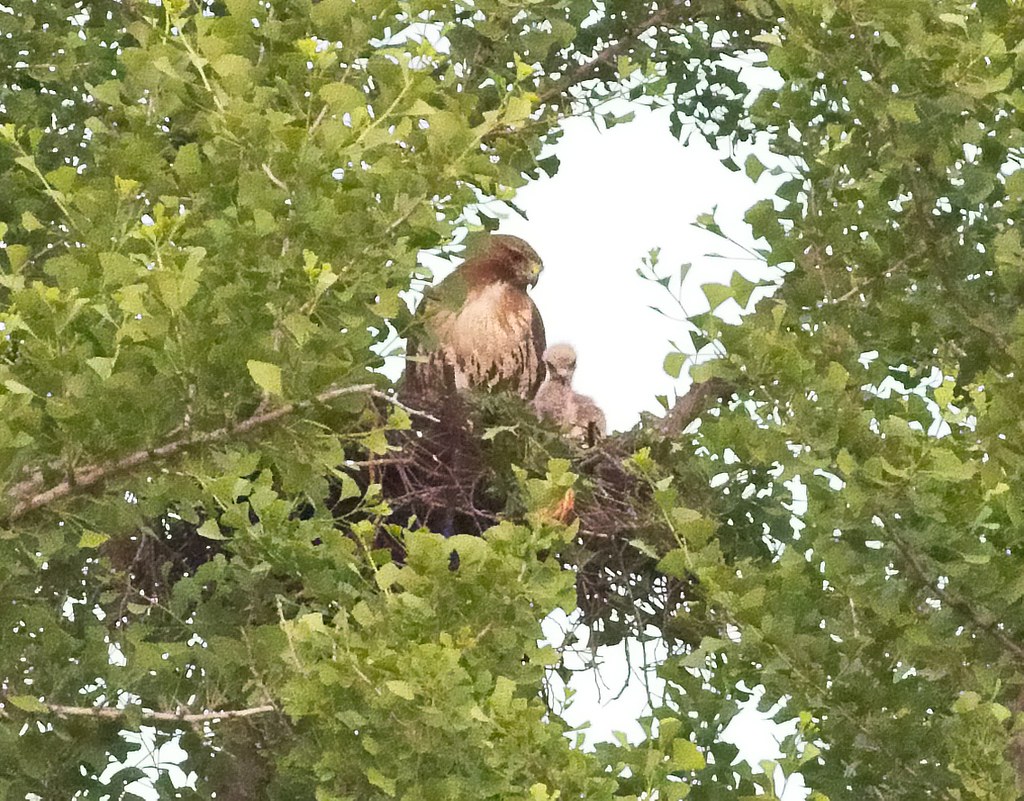 The above photos represent about three seconds out of five hours of hawk-watching, but it was worth the wait.

Amelia has been on the nest watching over the chicks most of the time, but she takes a break once in a while on the cross across the street at St Brigid's church.  I was able to get nice look at her there earlier this week. 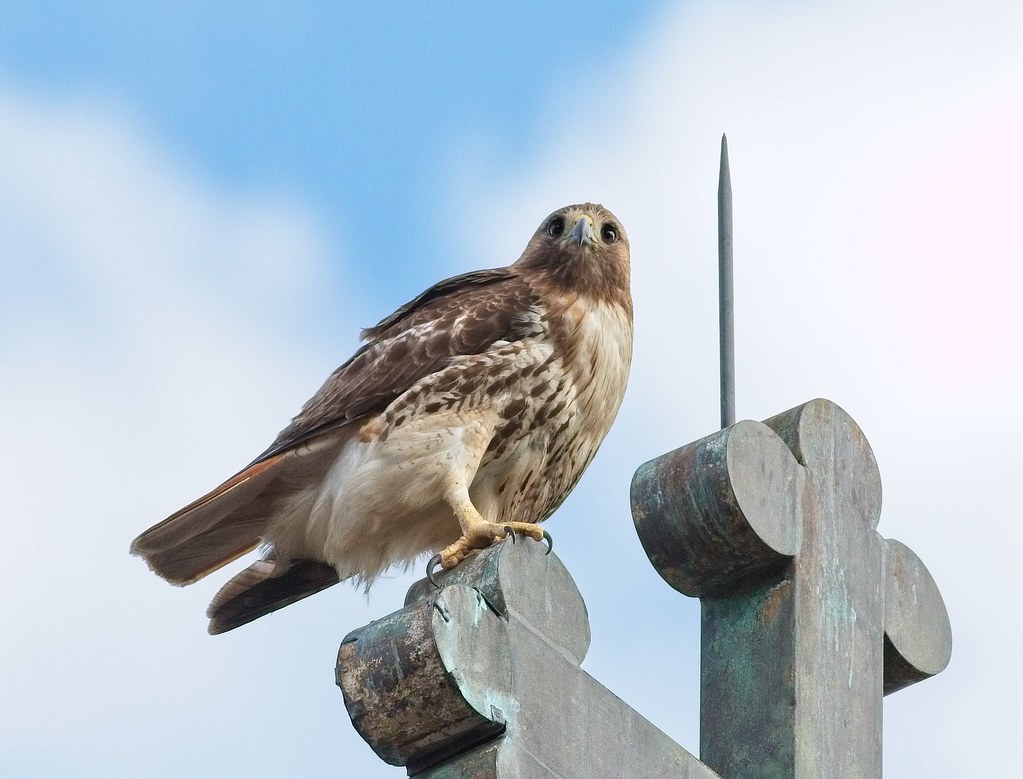 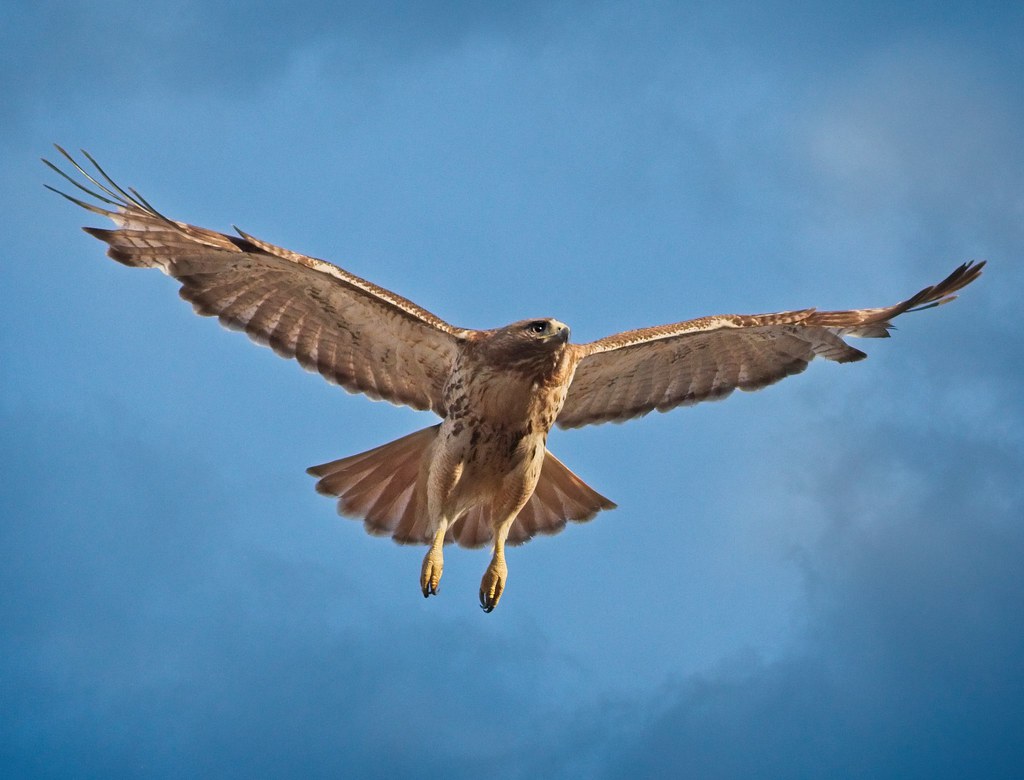 Note her light eye color.  This may be an indicator that she's relatively young. I have no idea of her history, so I don't know her age. 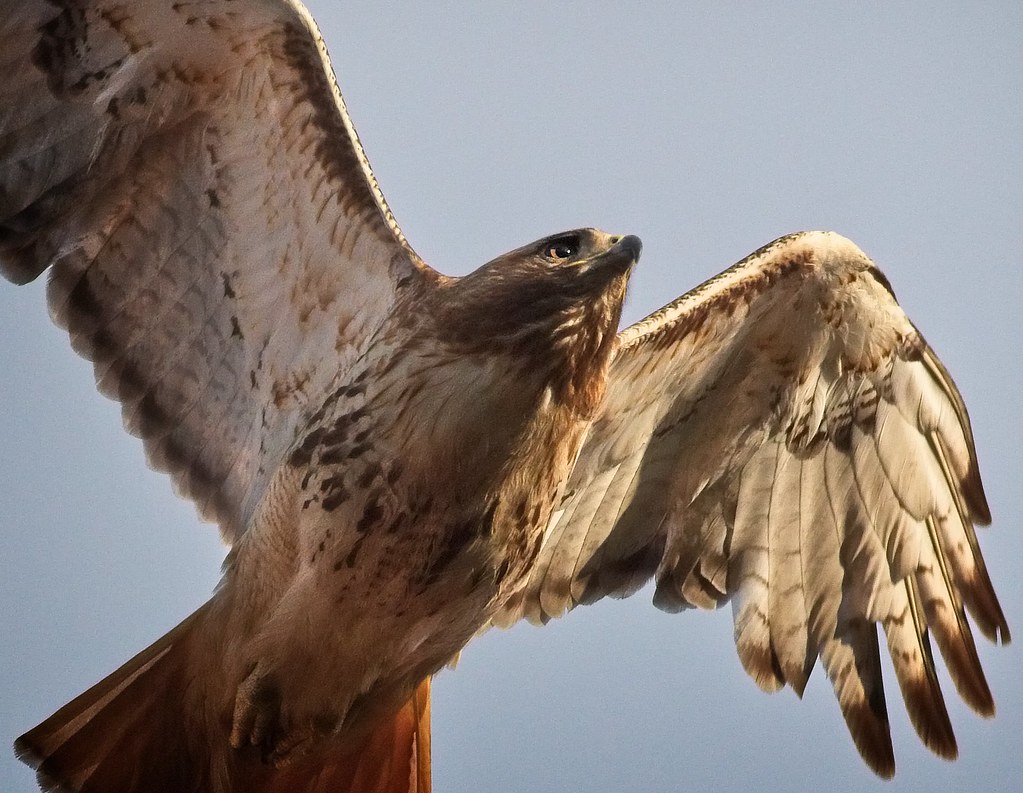 Meanwhile, Christo has been sticking close to home, but he's been hidden in the trees.  When he's not perched near the nest, he can be hard to find.  I caught up with him this week as he was hunting in the evening. 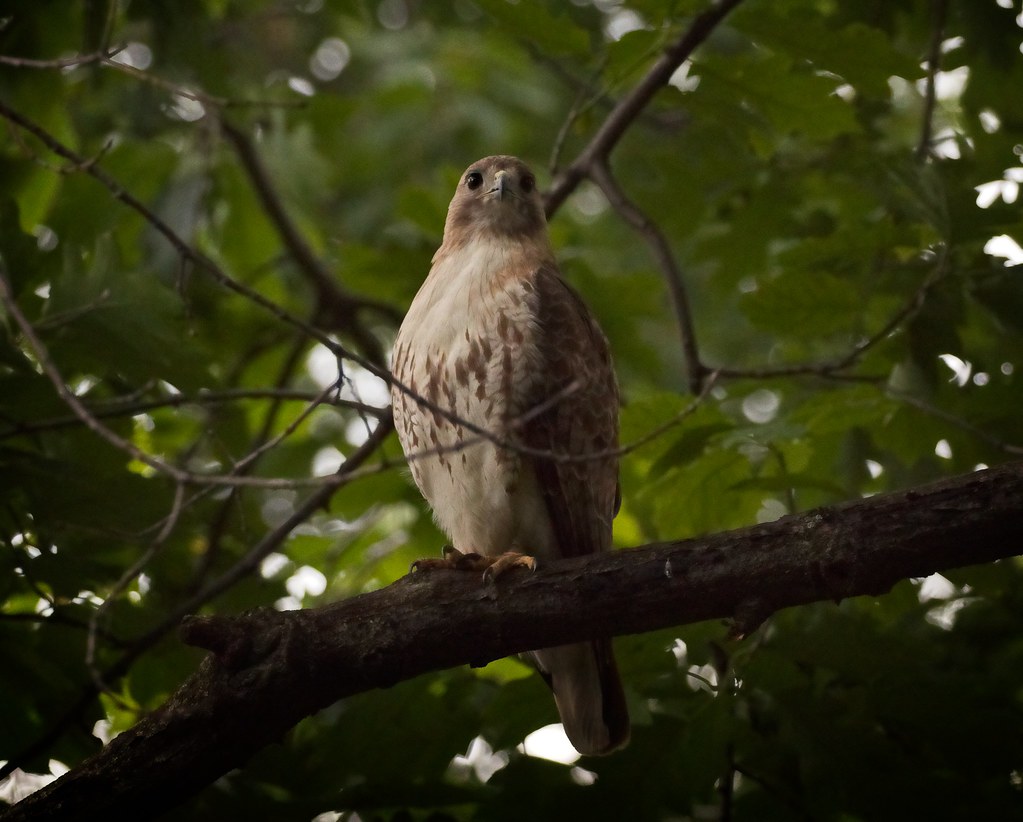 He caught a pigeon near Avenue A, plucked it and ate a bit of it before delivering it to his kids in the nest. 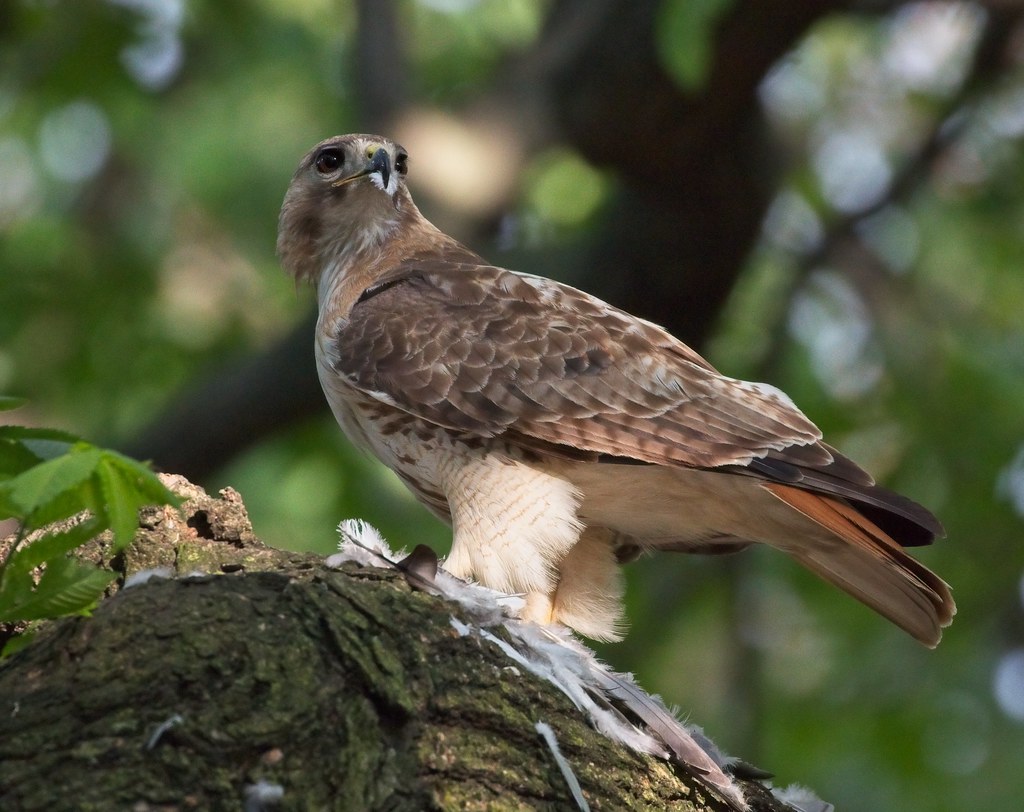 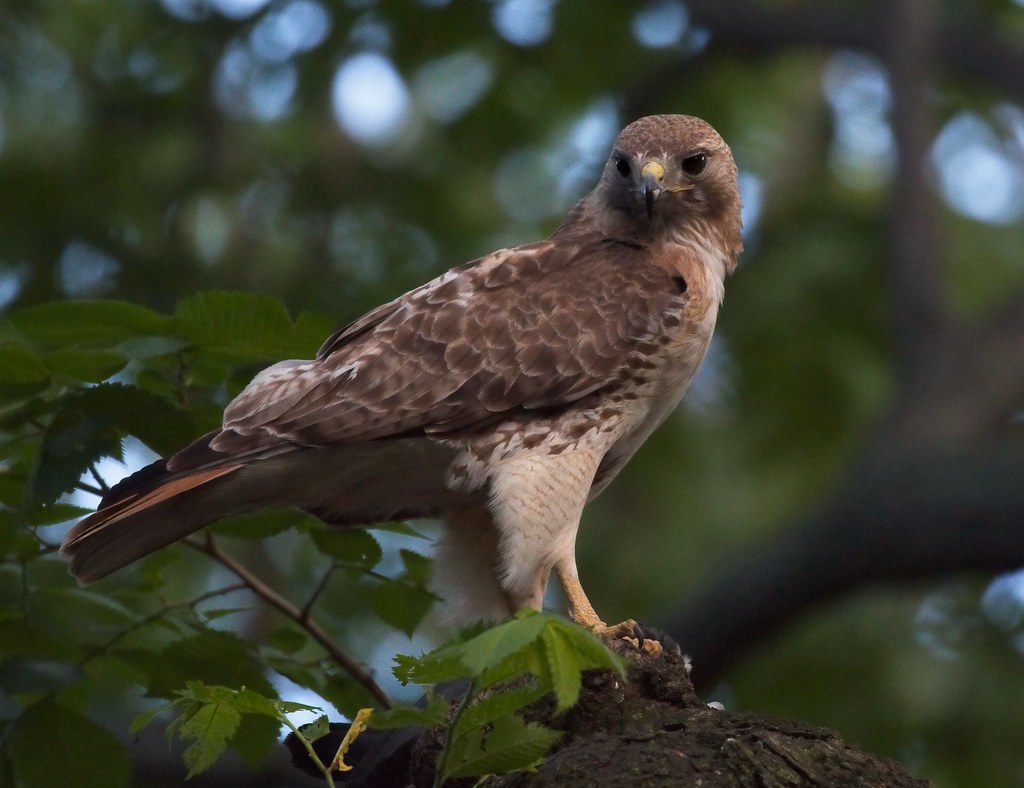 All seems well so far with this new hawk family.