Enjoying the antics of the Tompkins Square red-tail fledgling

The hot and sultry weather this week has not slowed down the Tompkins Square Park red-tail fledgling.  He's been extremely active, playing on the ground and catching prey.  His hunting skills are impressive, and he surprises me with something new each day. 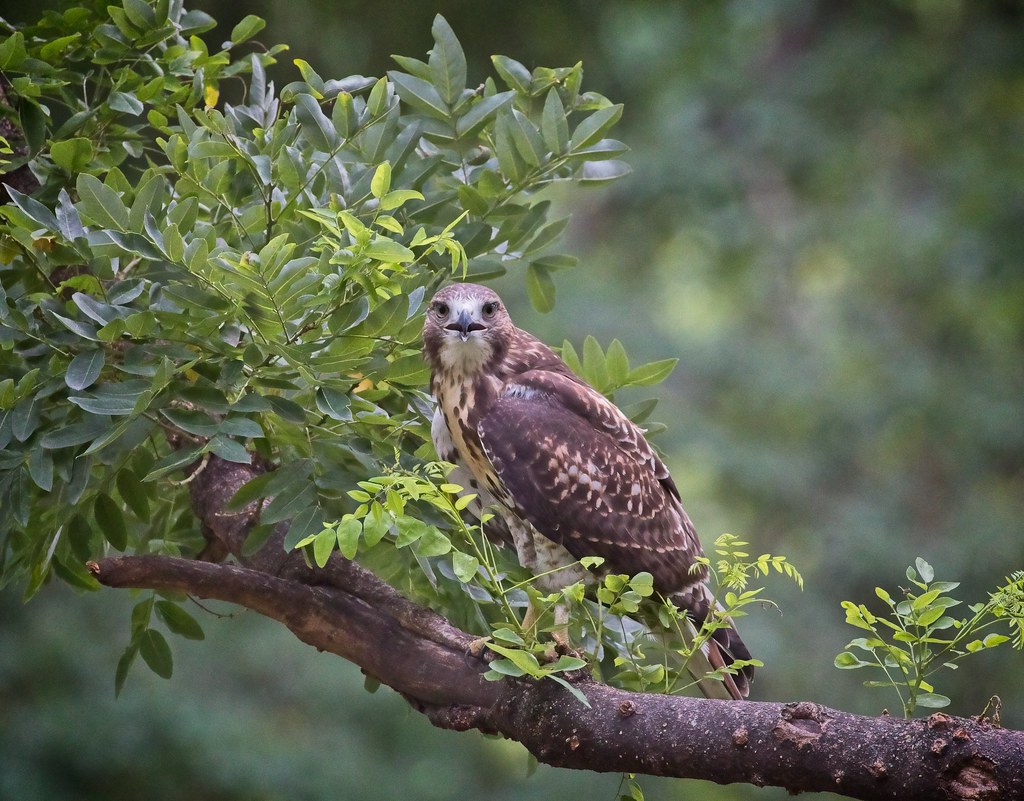 Just like a toddler, the fledgling hawk can turn anything into a toy.  Below, he plays with a piece of tissue paper. 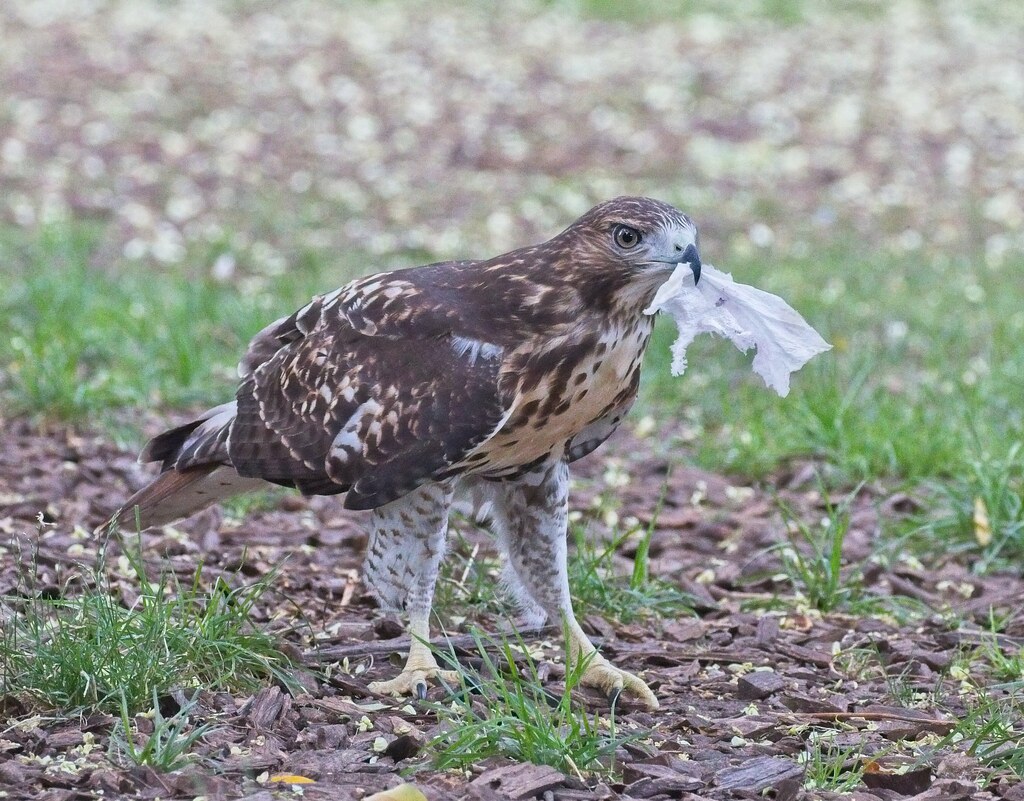 It's hard to make out in this photo, but the hawk is carrying a glass bottle in his talon. Be aware that any trash on the ground can end up in the talons/paws/claws of wildlife. 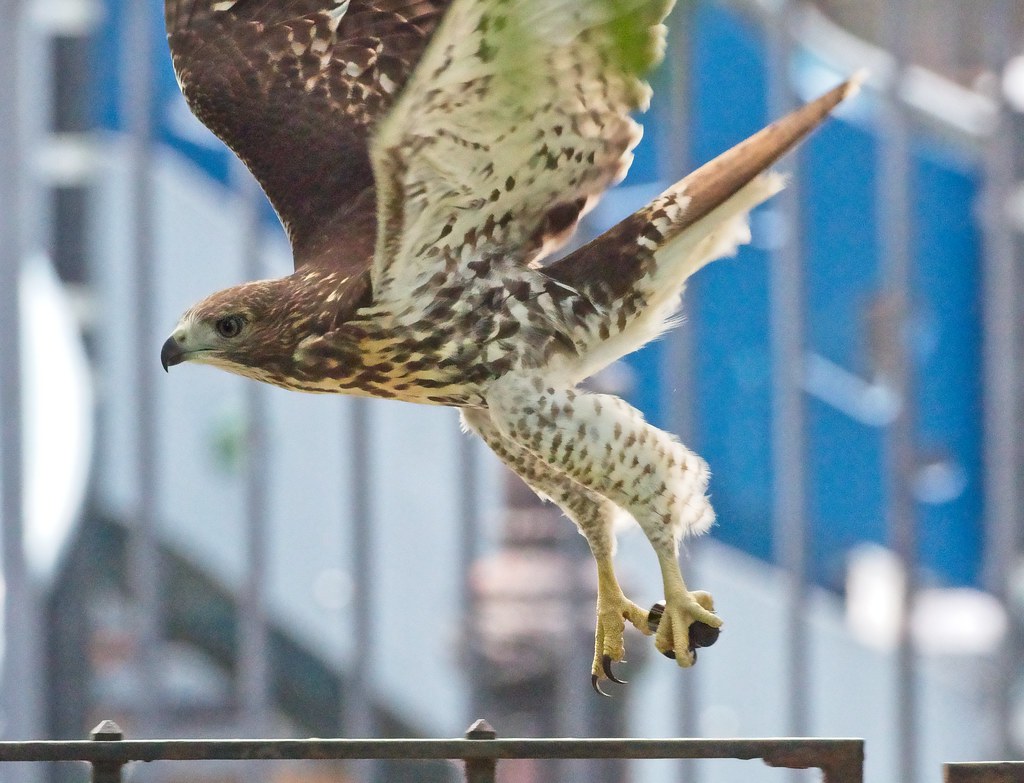 Although I have yet to see this young hawk soar above the trees, his hunting skills are incredible.  He's been doing really well catching mice, caught his first pigeon on July 31, and caught his first sparrow on August 1. He even dug up and ate a worm! 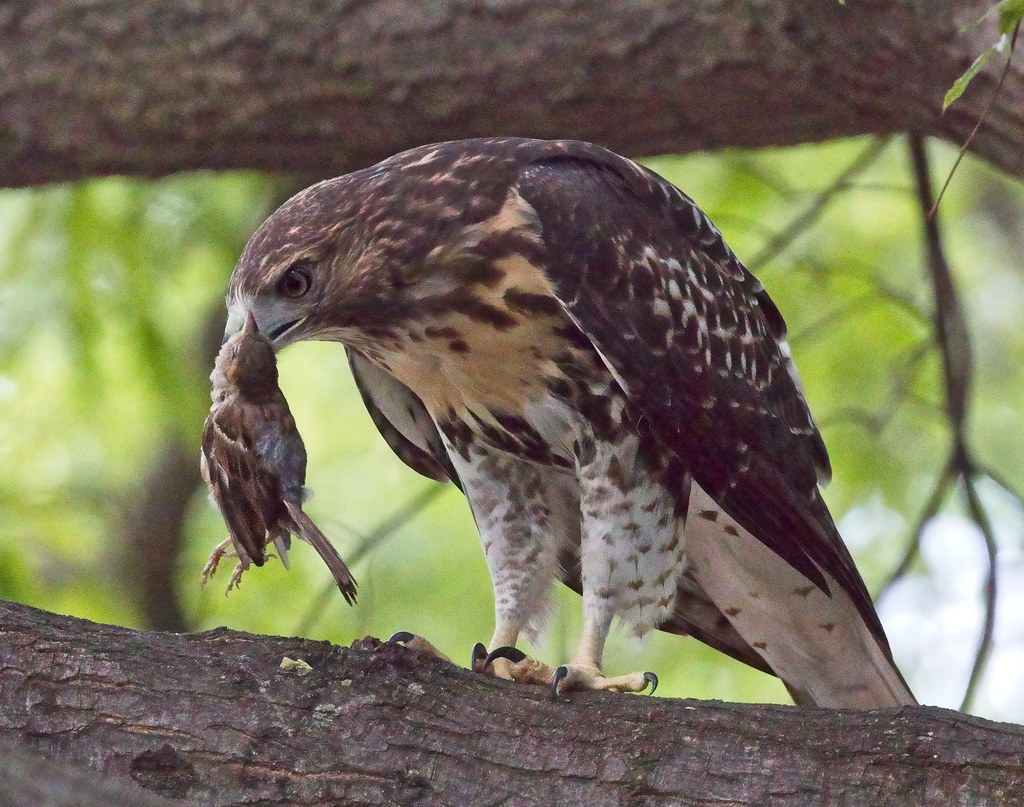 He followed that up by catching a cicada! 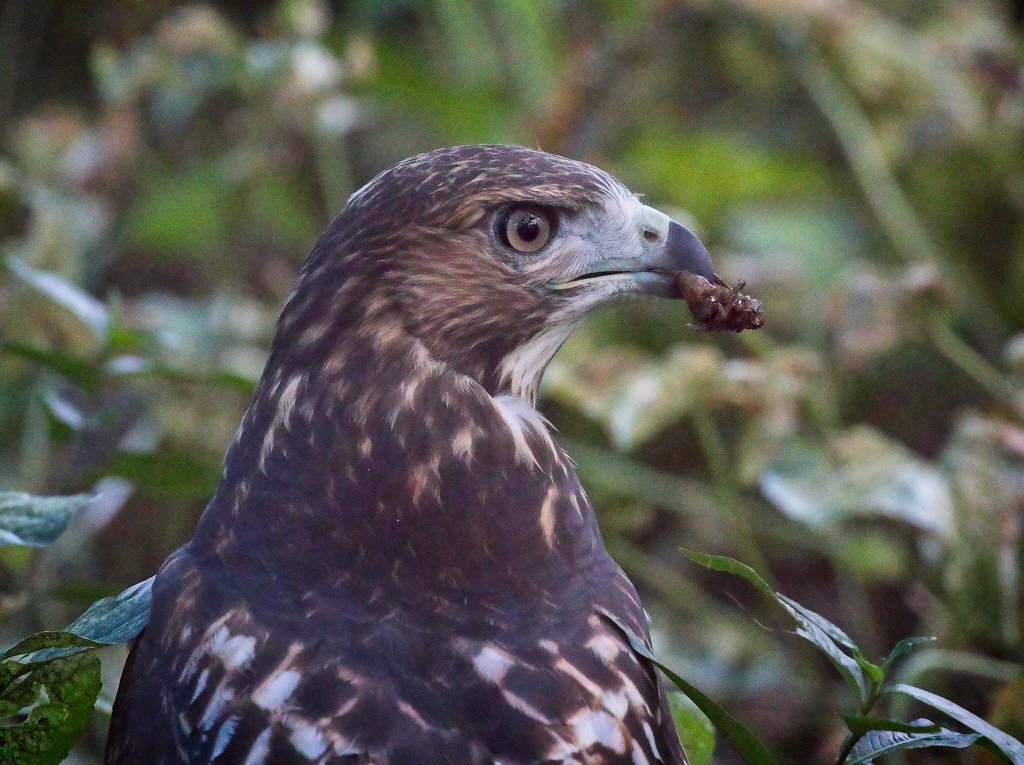 When live prey was not available, the fledgling scavenged an old pigeon wing from one of the planted areas.  Waste not, want not. 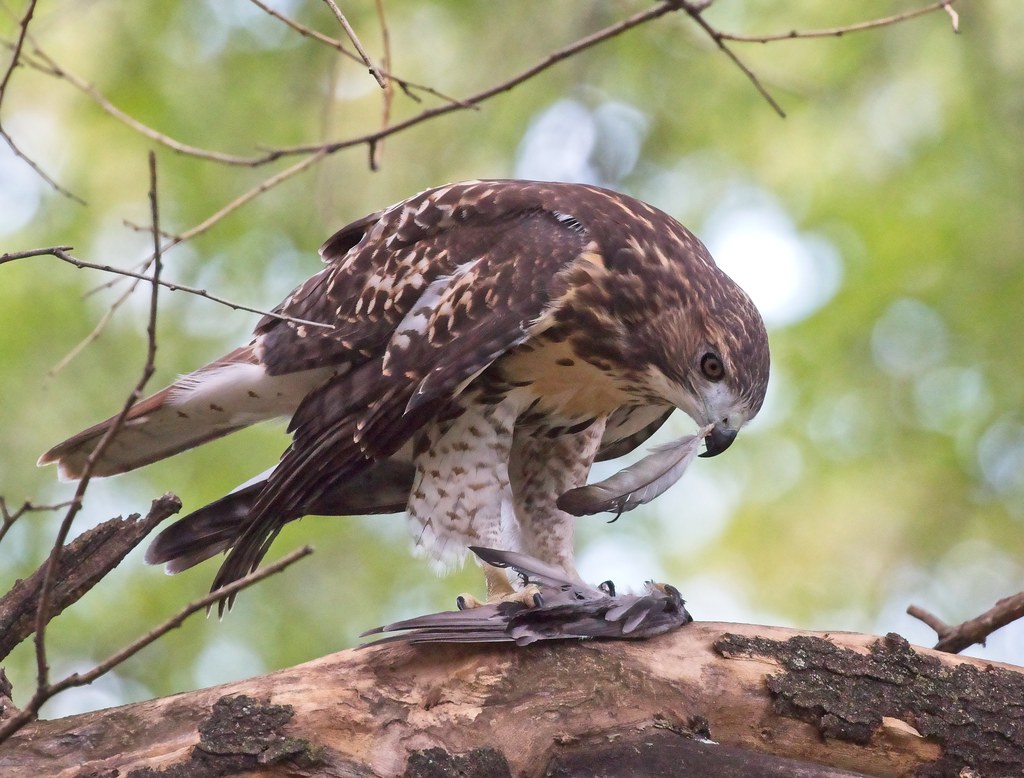 My favorite experiences with this hawk continue to be those where he surprises people with his presence.  He's been spending a lot of time low and on the ground as he hunts, which puts him down at our eye-level. 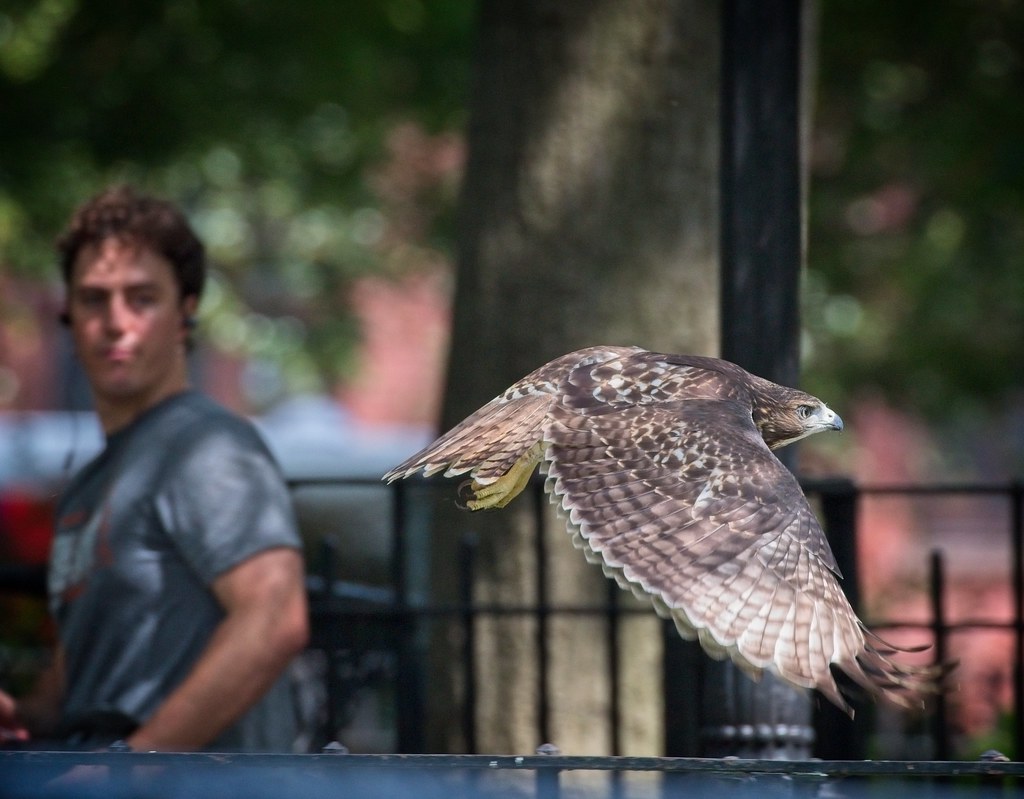 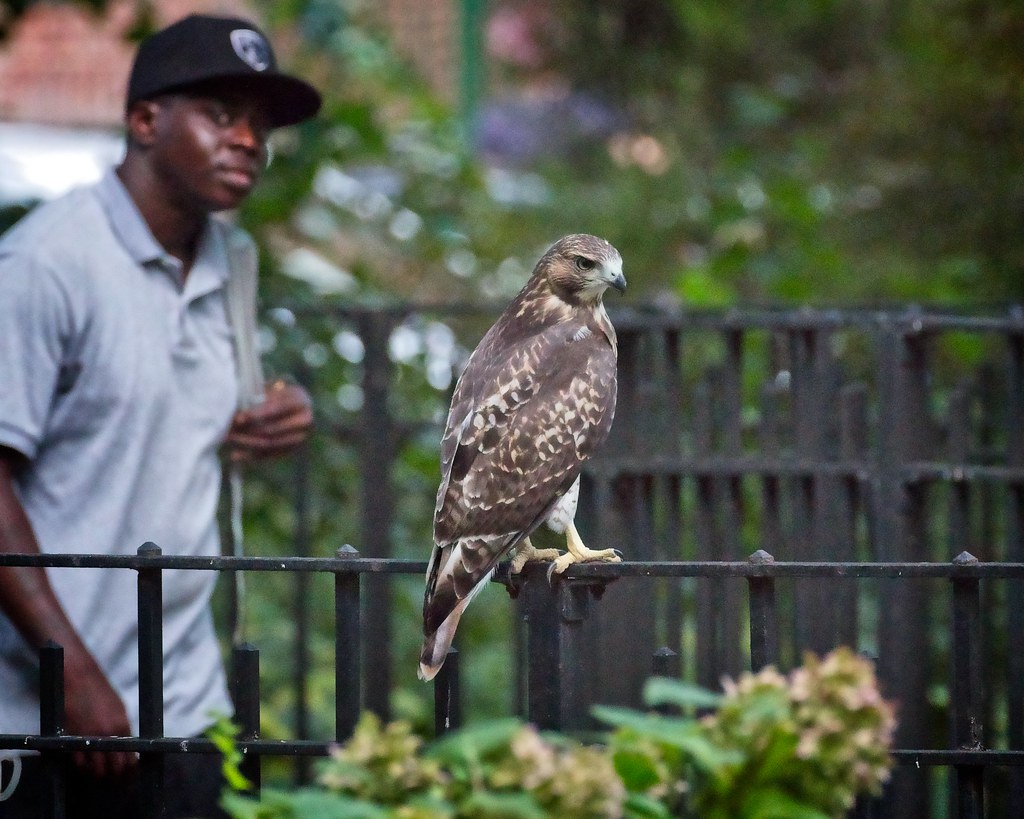 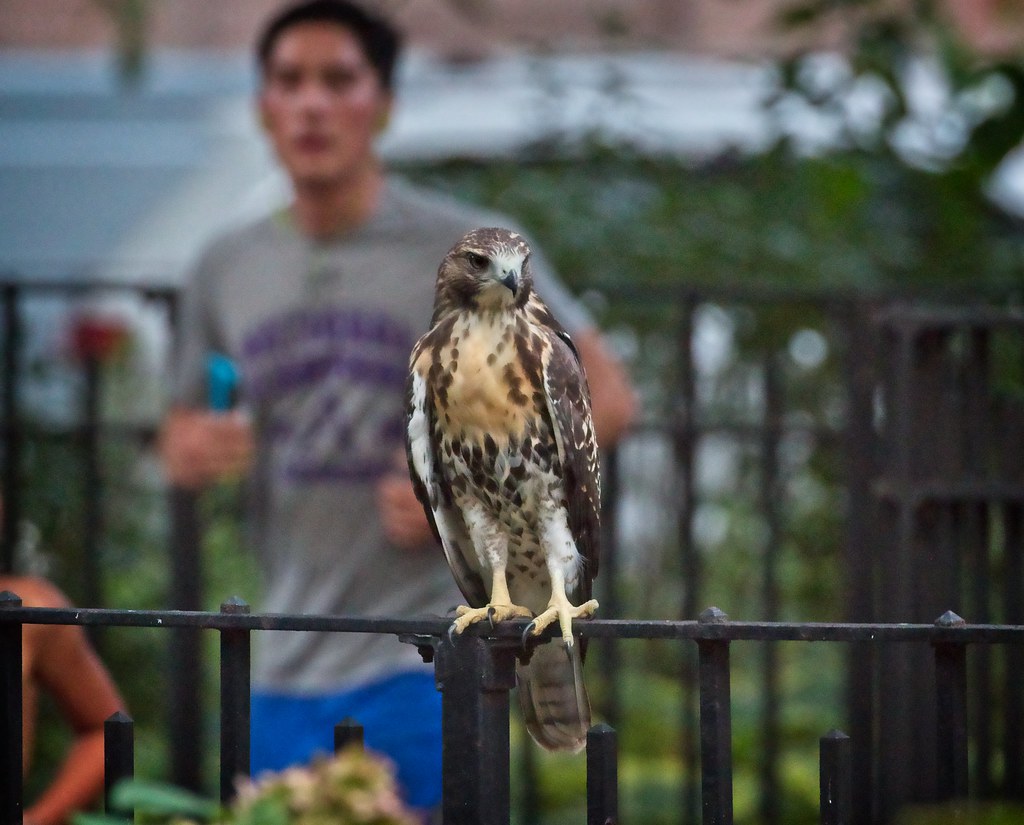 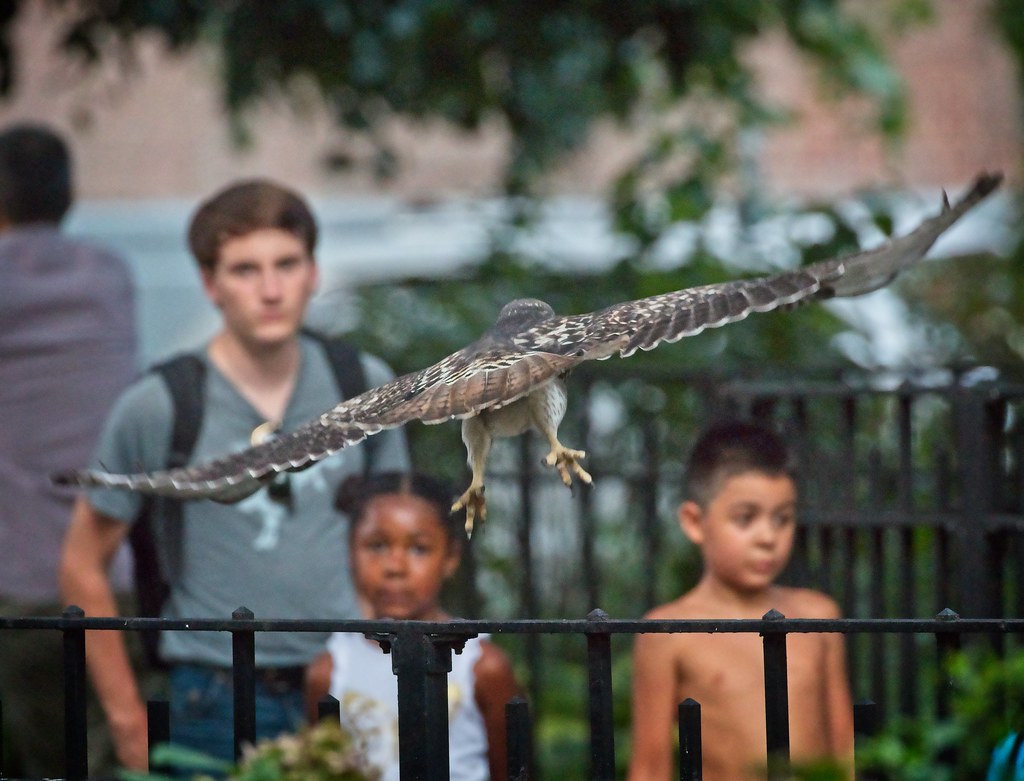 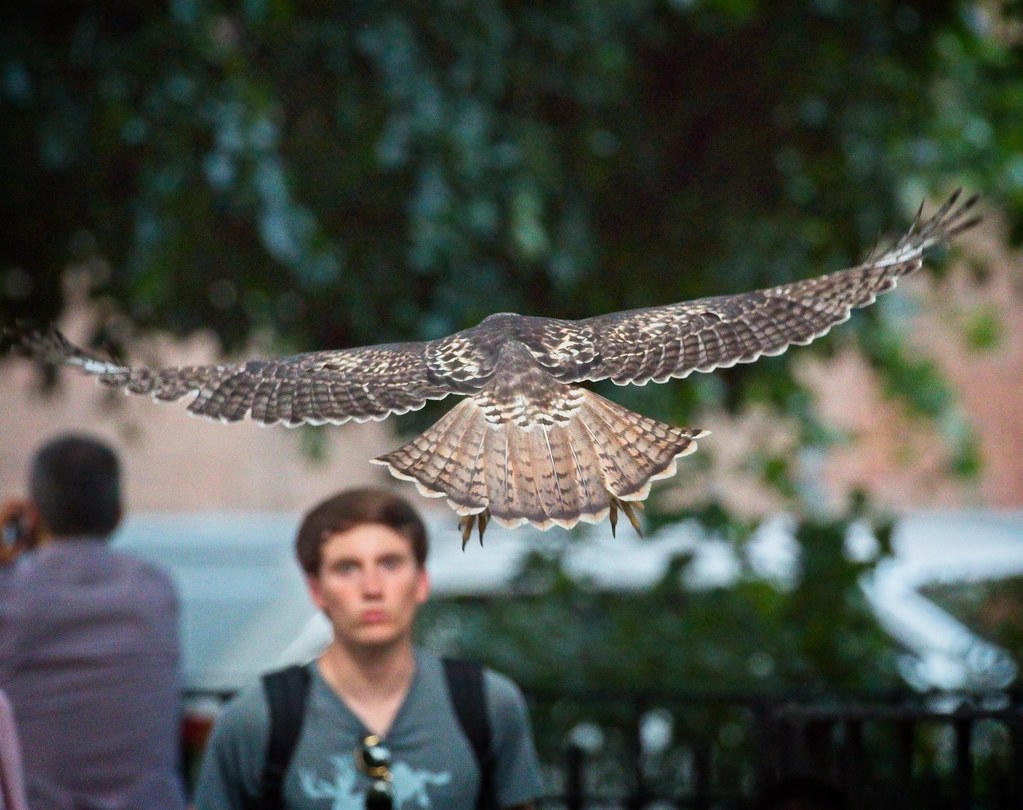 This fun time with the young hawk won't last long. As soon as he's able to fly and feed himself, he will venture off on his own to explore the world, so let's enjoy and admire him while we can.


Posted by Laura Goggin Photography at 11:47 AM