When the younger Tompkins Square red-tail chick fledged the nest and started hunting right away, I thought he'd be off and on his way in no time.  Thankfully, he's not only still with us, but he seems to be so comfortable in the park, it doesn't look like he has plans to leave any time soon. 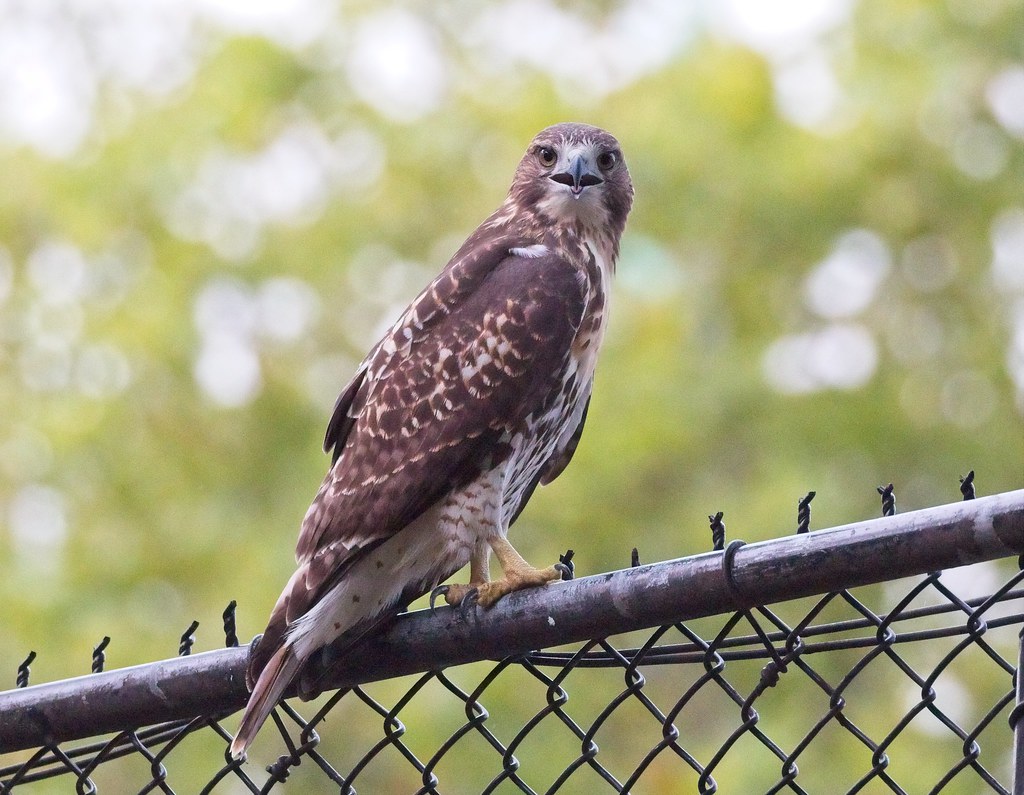 This hawk spends a lot of time on the ground chasing after prey in the bushes. He goes after squirrels (I've not seen him catch one yet), rats, mice and insects. It's normal for fledglings to run around and play on the ground, but this one has spent more time in the shrubbery than any of the previous Tompkins hawk kids. 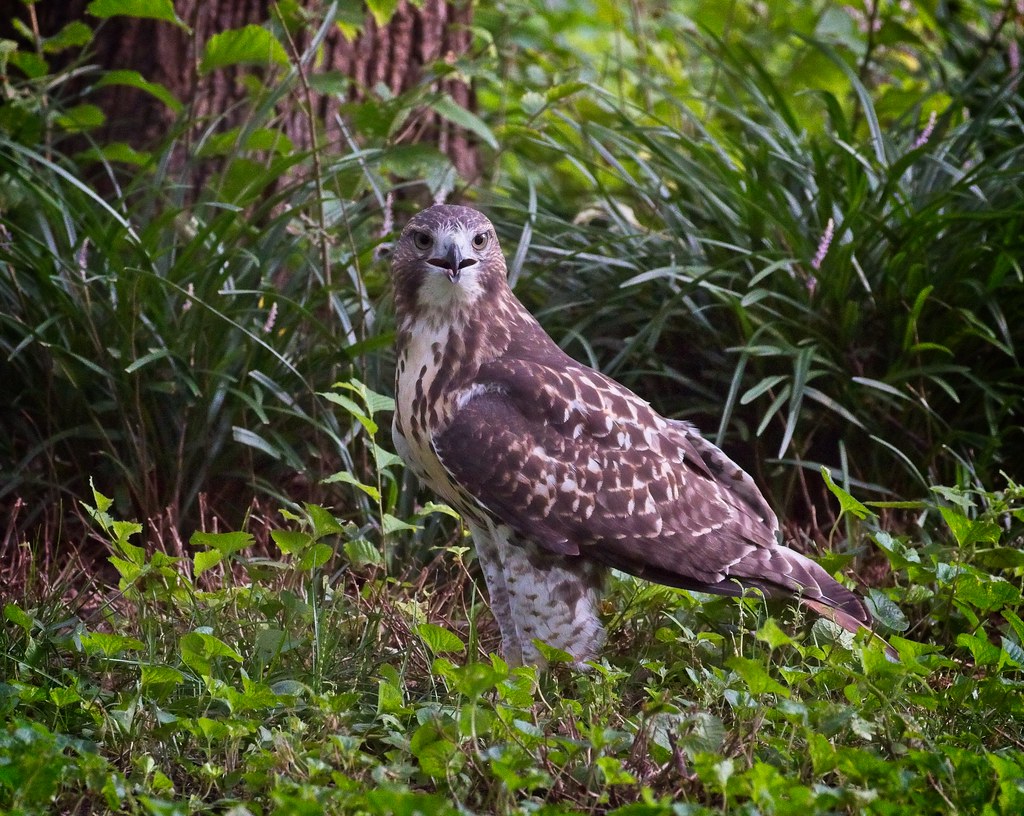 He's also making good use of all the fences in the park.  They serve to protect the areas where he hunts, and are also good perches from which to seek prey. 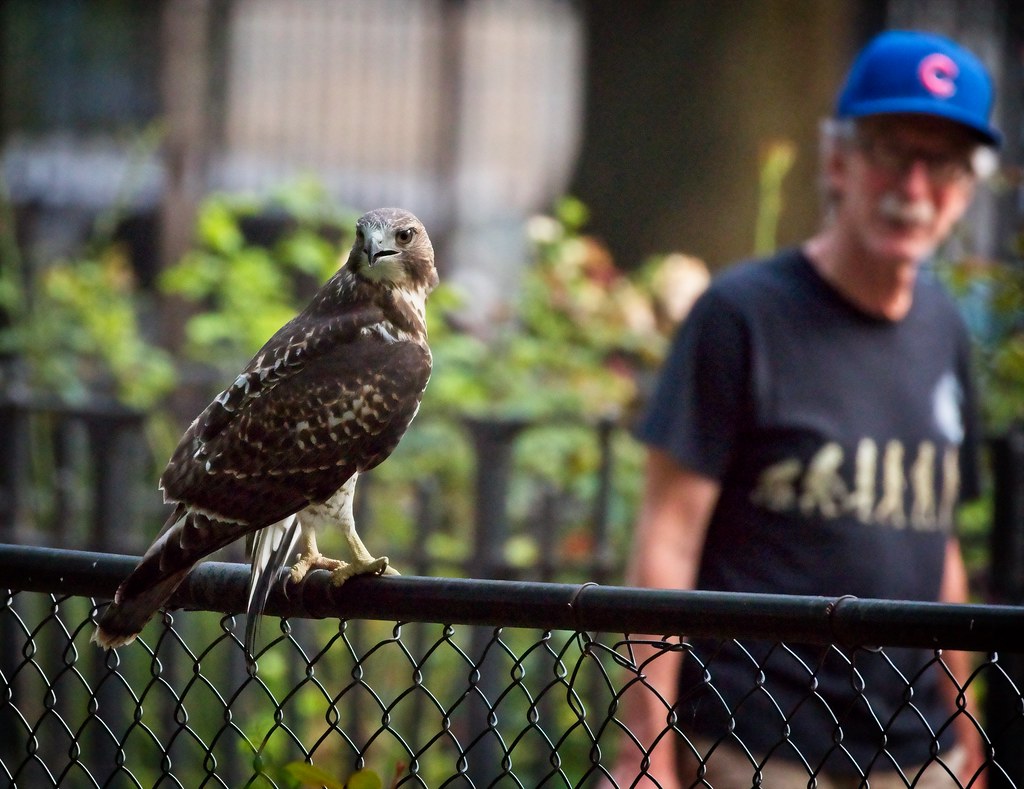 We also get a good look at him when he poses. 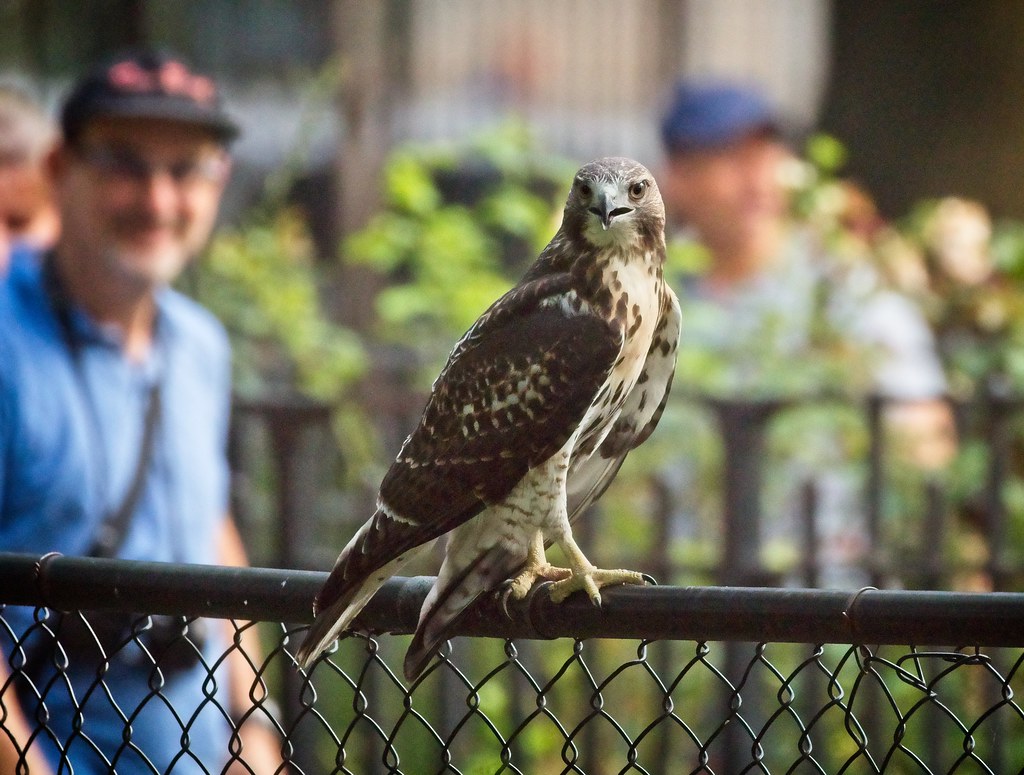 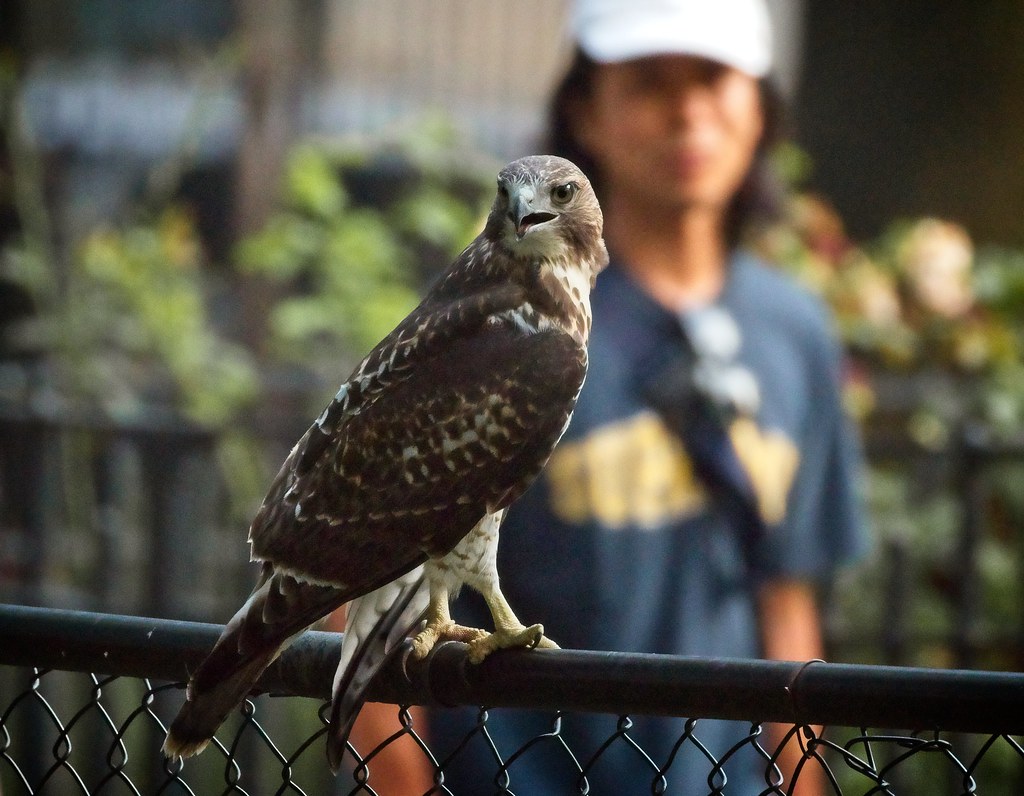 This hawk loves to fly low, giving people what I call "haircuts" or "close shaves" as he skims right over their heads. It can be unnerving, but he is not trying to hurt anyone. He's just perfecting his ability to sneak up on prey. His method reminds me more of Cooper's hawks, who quickly maneuver through trees and other obstacles to surprise their targets. 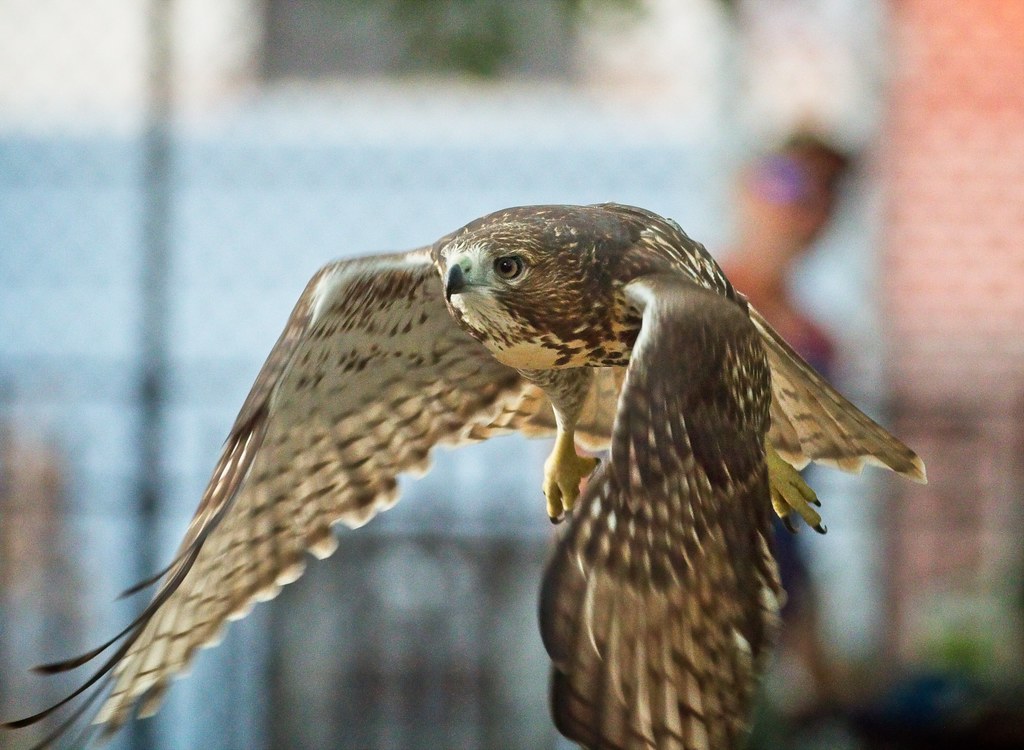 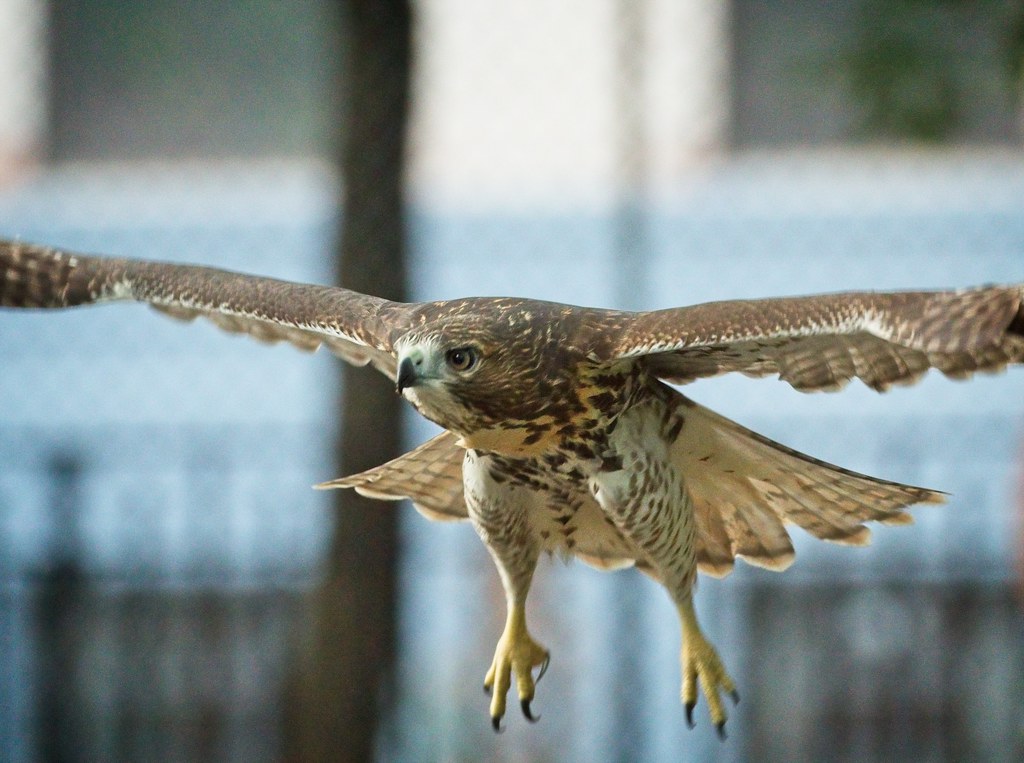 Friday evening, the hawk was very interested in squirrels and other rodents running around under the cover of a large bush.  A nearby bench provided the perfect close perch for him to study their moves. 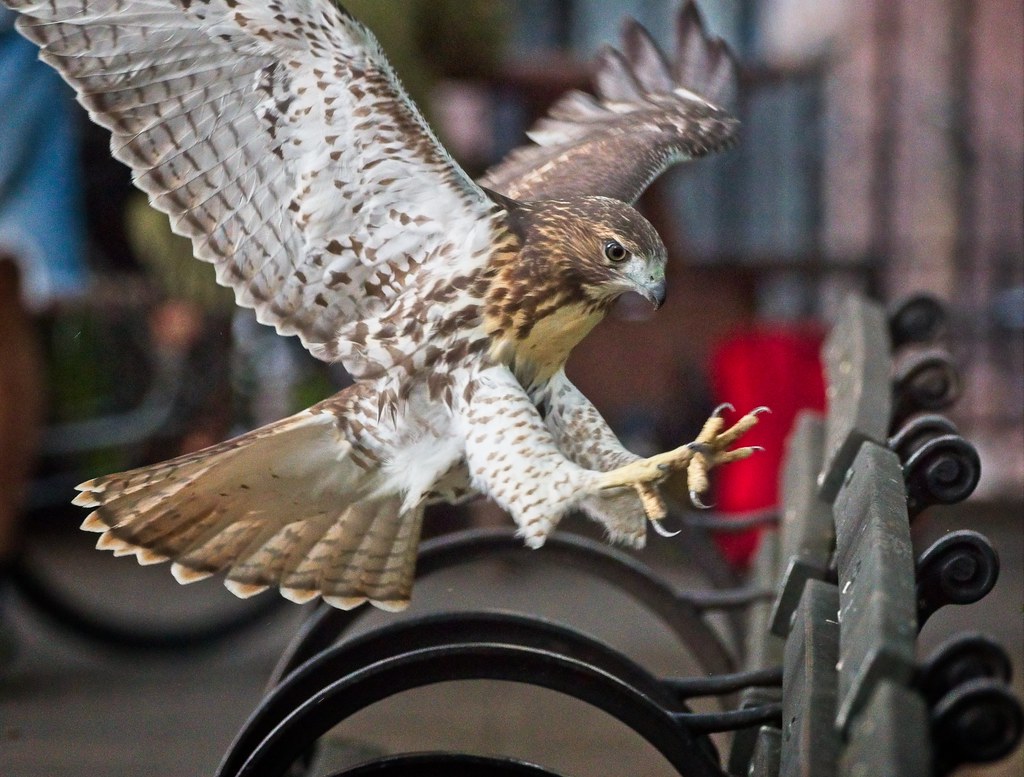 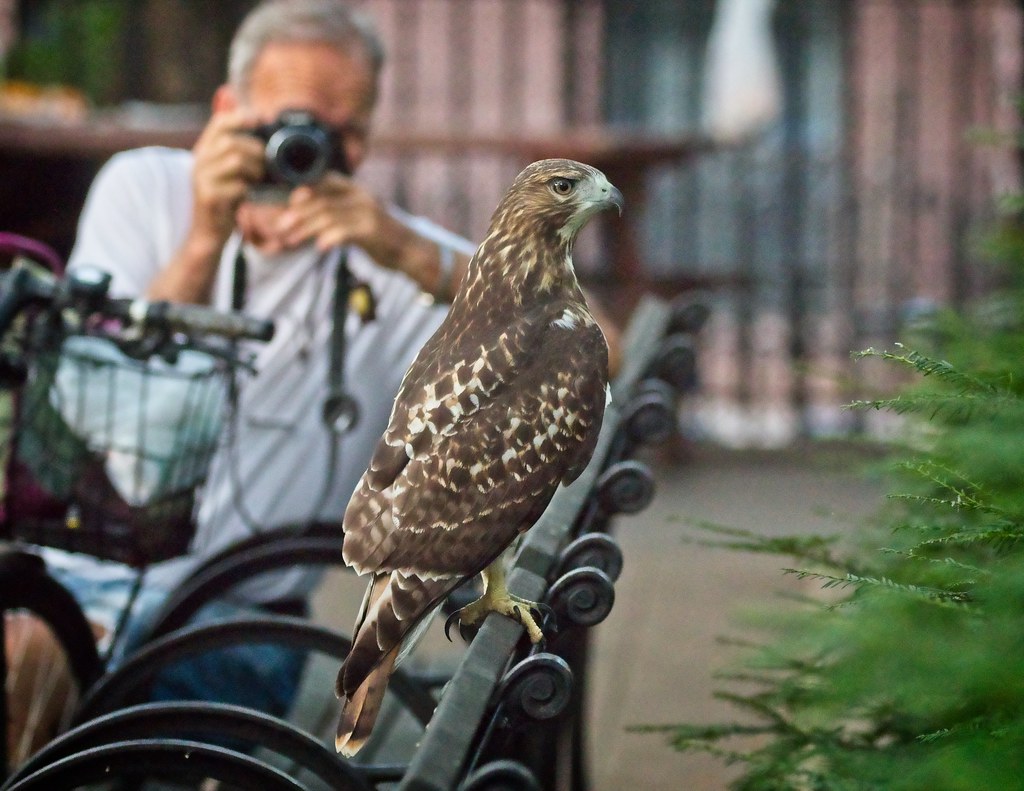 Urban Hawks has some nice video of the fledgling diving into the bushes and fumbling around for prey. I love to observe the hawks at this age when they are determined to catch food, but still act like goofy toddlers. 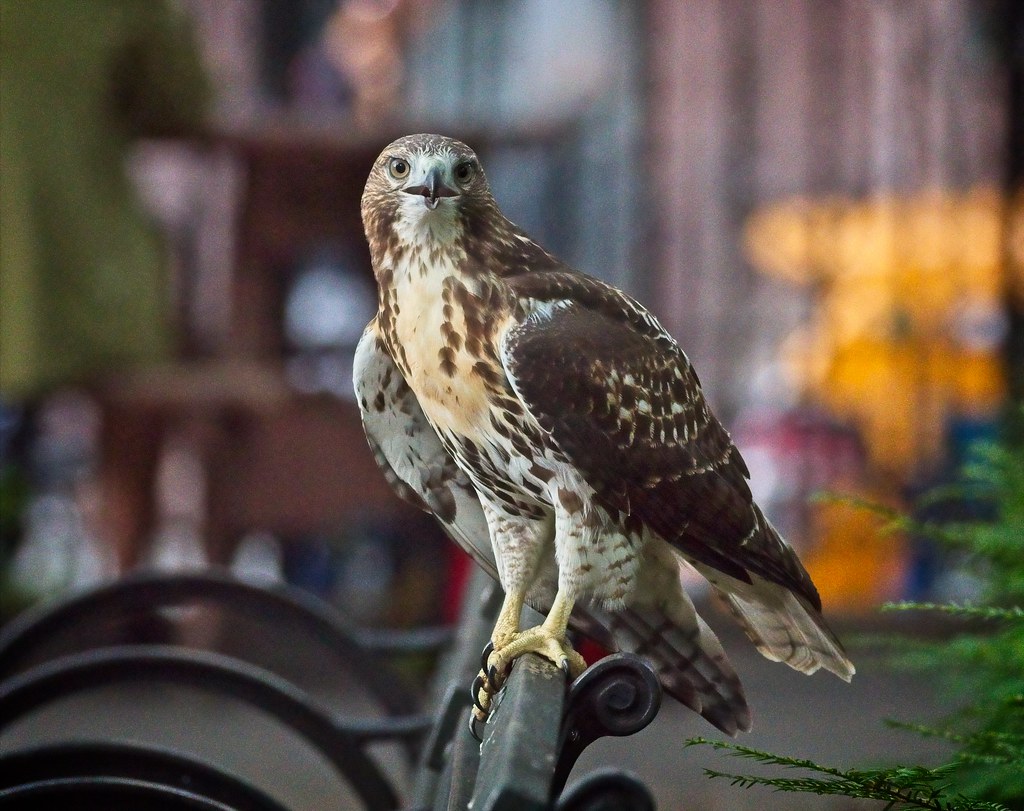 Being born here, this hawk has no fear of people, but he will need to learn some street smarts before venturing off into the world beyond the safety of the park. 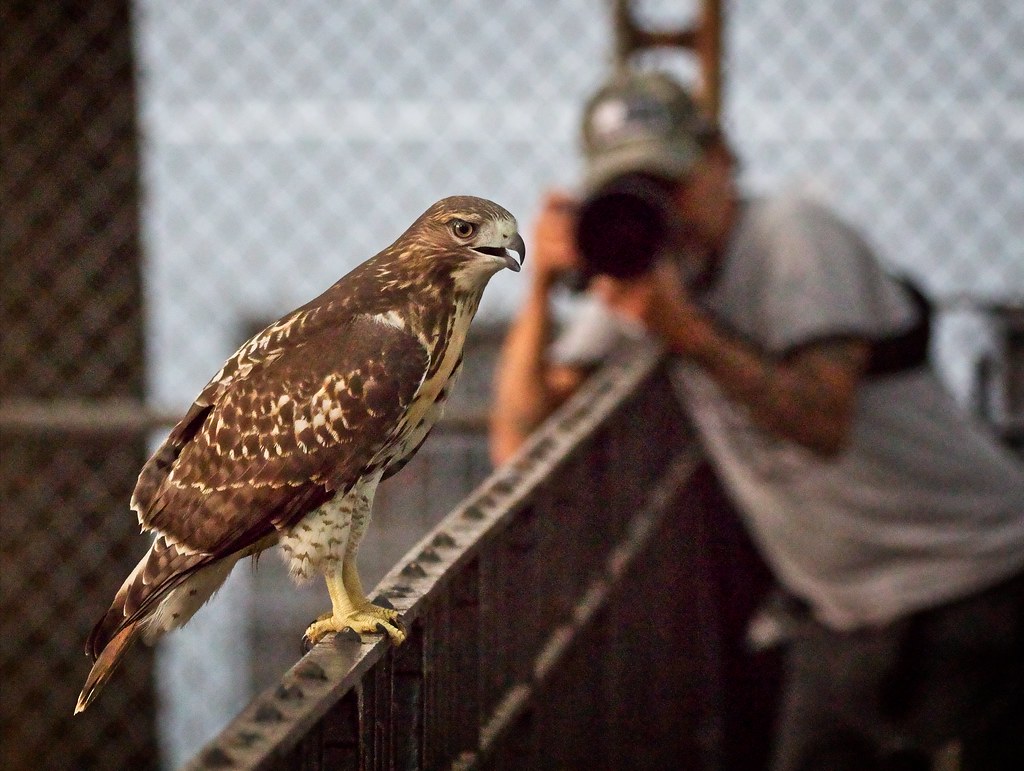 At the end of a long hot day, the fledgling took a bath in a puddle on the roof of the men's room.  This puddle has been used by previous fledglings, so it must be attractive to them.  I was hoping he'd play in the sprinklers, as we've seen hawks do before, but why settle for cool fresh water when you can soak in a warm fetid bathroom puddle? 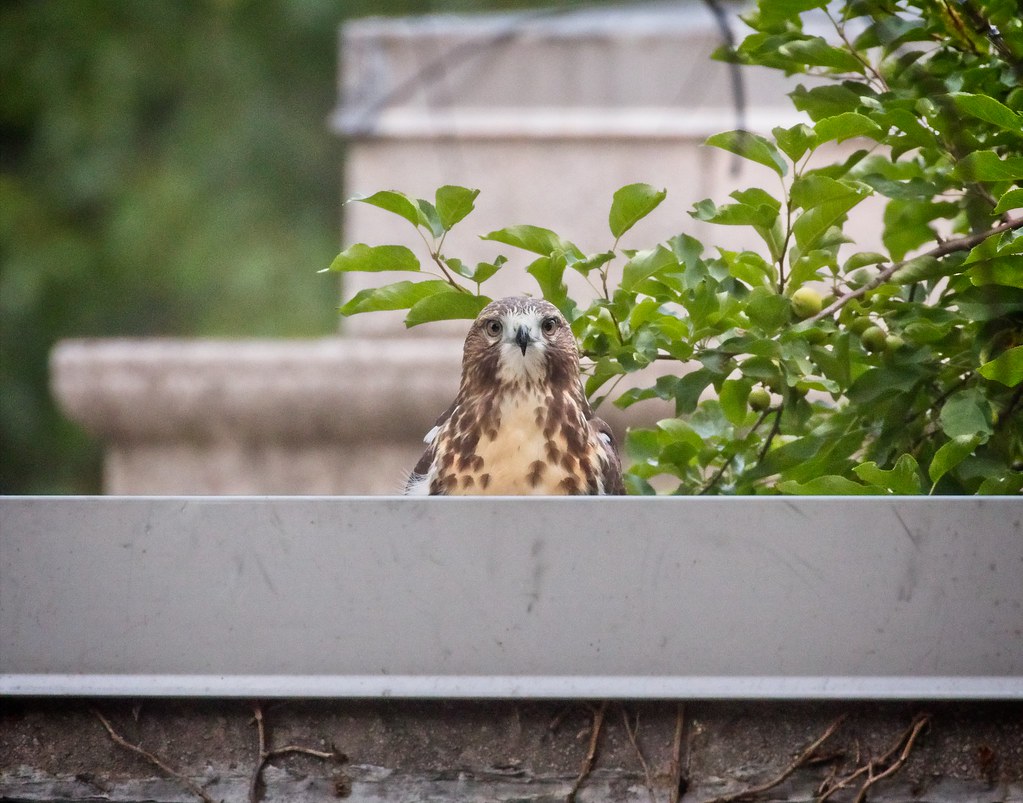 This fledgling is a real character who reminds me of his dad, Christo, during his first year in the neighborhood when he was so young, energetic and flamboyant.