Two chicks are confirmed for Tompkins Square Park red-tails, Christo and Amelia. Could there be a third? We'll have to wait and see.

Hatch was noted on April 20, although it's possible hatching could have started earlier. Since then, the parents have been observed feeding at the nest, but I have been unable to see any babies until today.

Below, Amelia feeds a bright red piece of something to a fuzzy white chick. 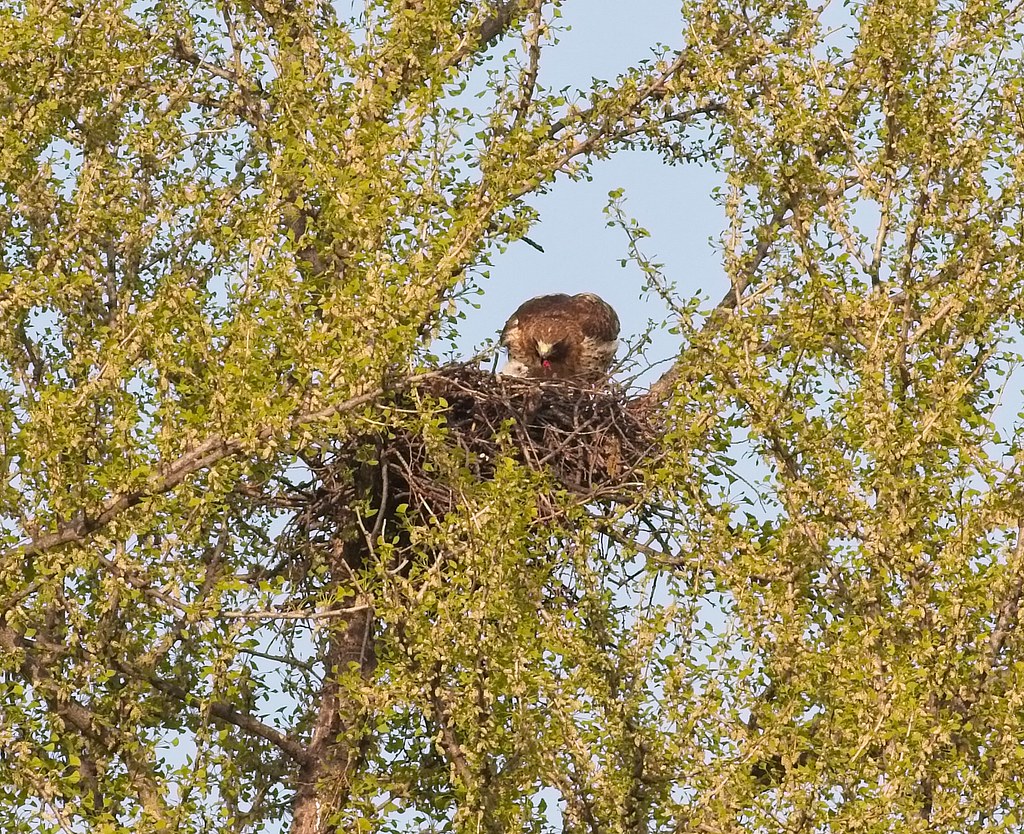 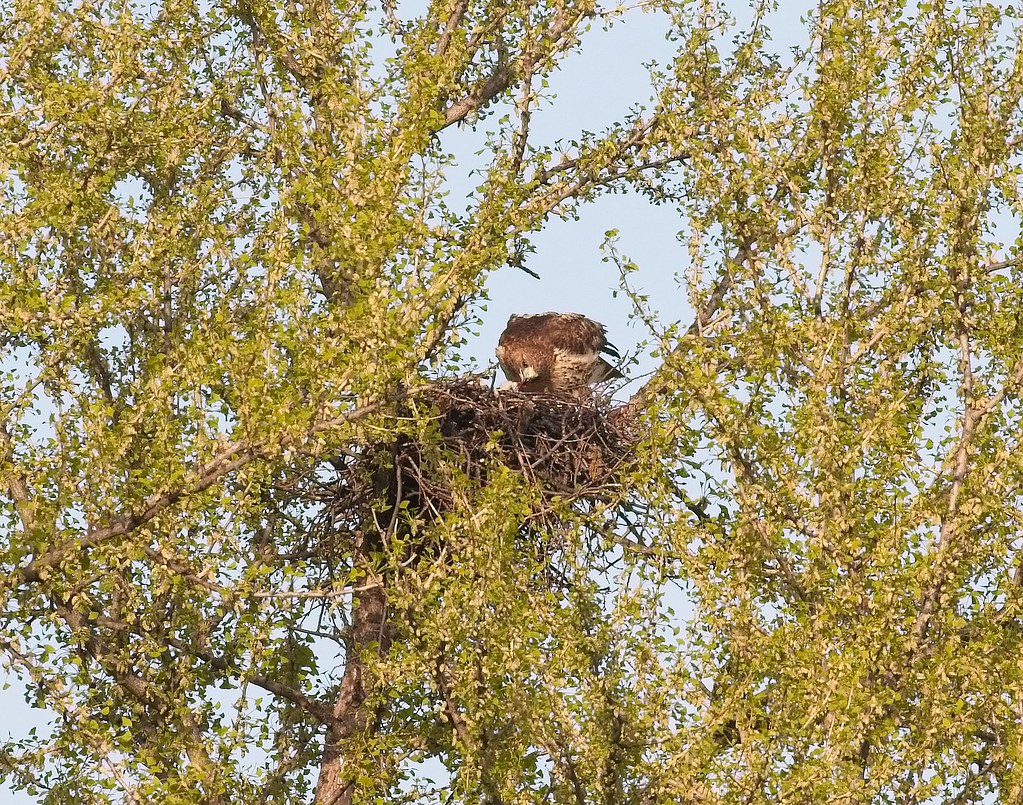 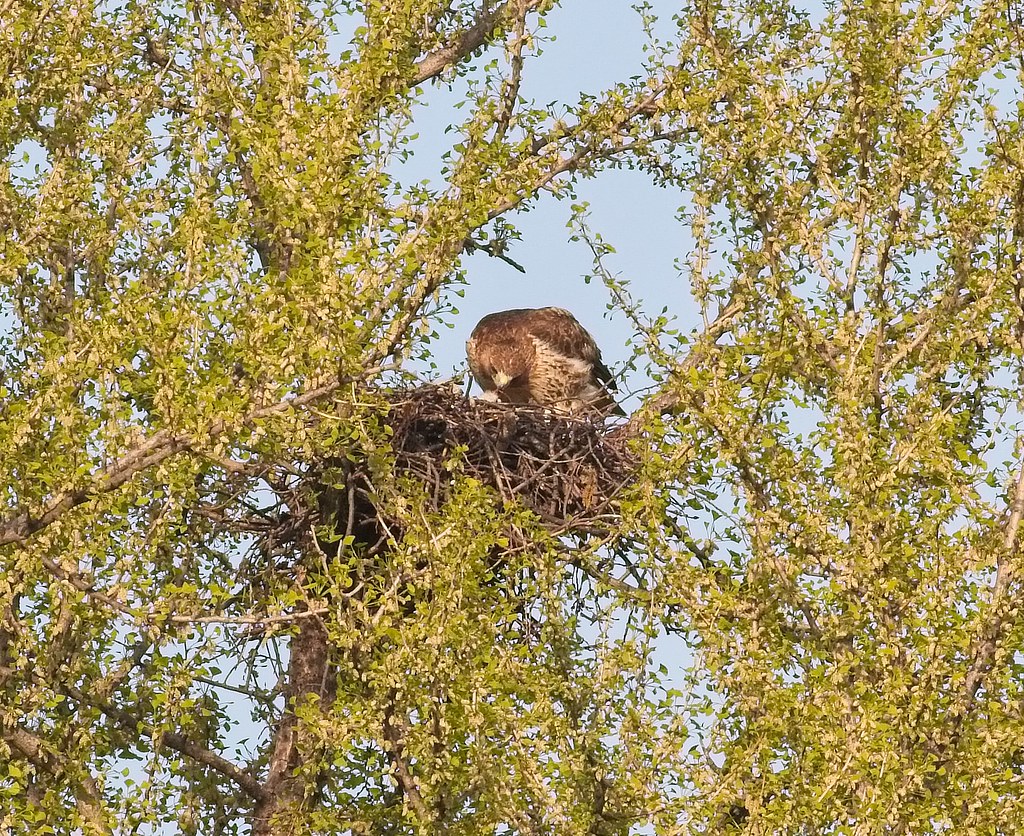 This nest is deeper than the one the hawks used last year, so it's been difficult to see what's going on up there. As the chicks grow and get curious, we should be able to get better views of them peering over the edge.

So far, all seems well for this hawk family.