Molt time for Christo and Amelia

As summer rolls on, the Tompkins Square red-tailed hawks continue to hang around the neighborhood. There hasn't been much activity since Christo and Amelia constructed the second nest in the park.

Monday afternoon, I found the pair relaxing atop the cross of Most Holy Redeemer church on E 3rd Street. 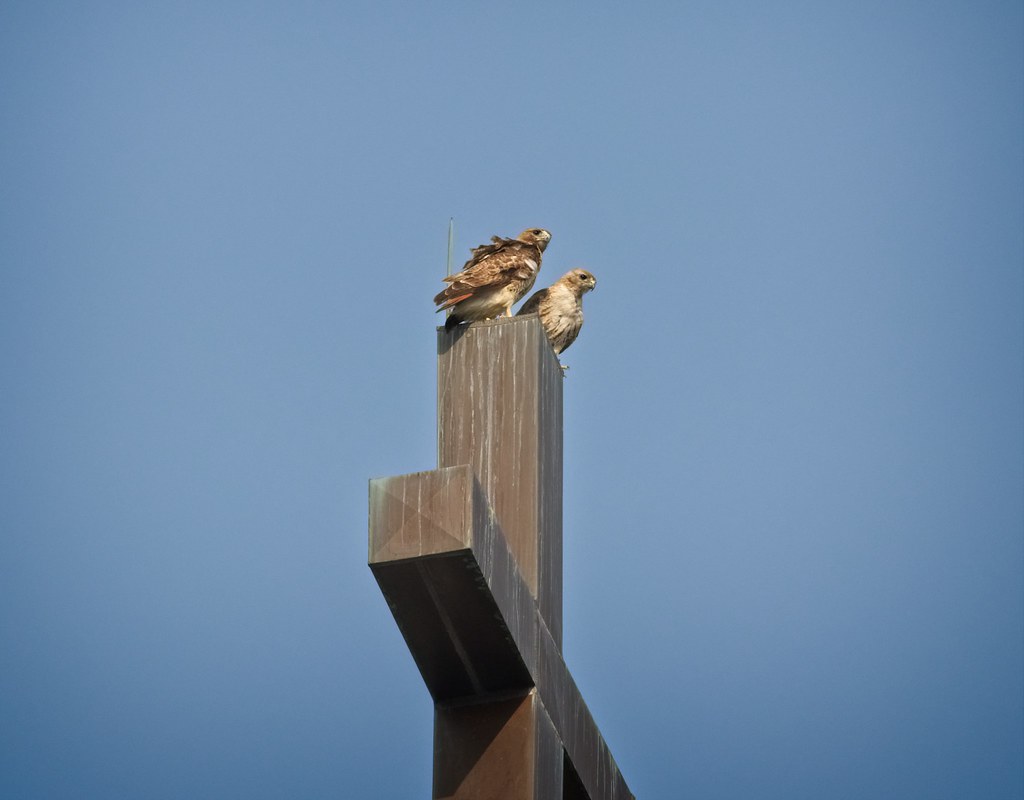 Amelia is on the left and Christo is on the right. You can really see the difference in their coloring. She is much darker. 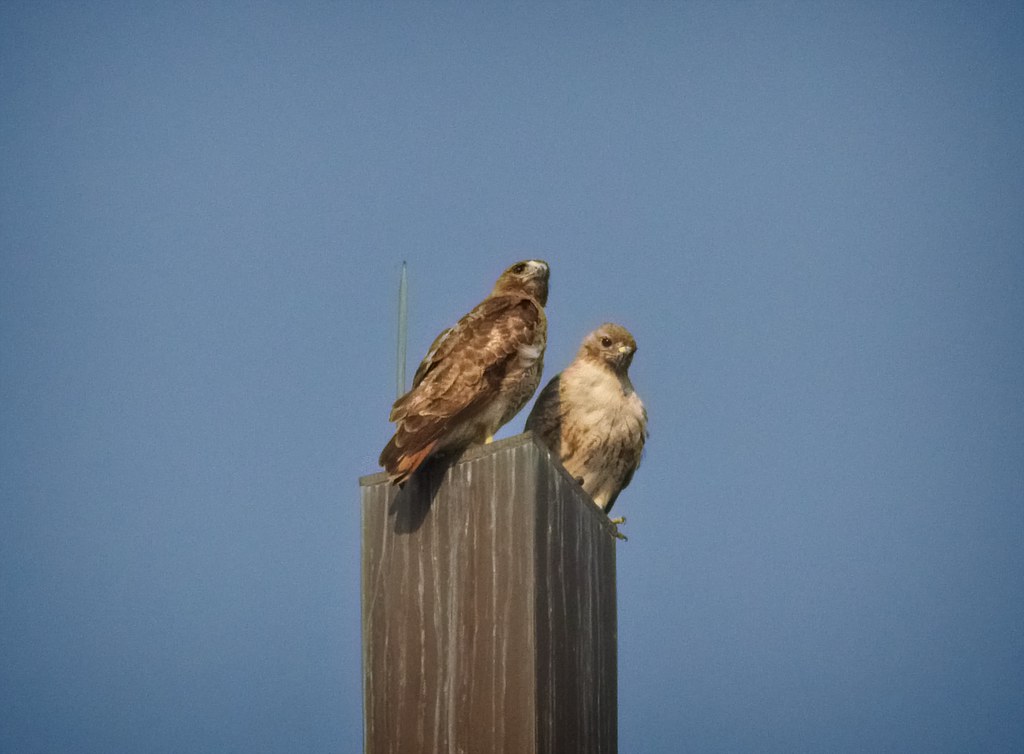 Christo is also beginning to molt, which makes him look especially pale. It's most evident around his eyes and on his head. 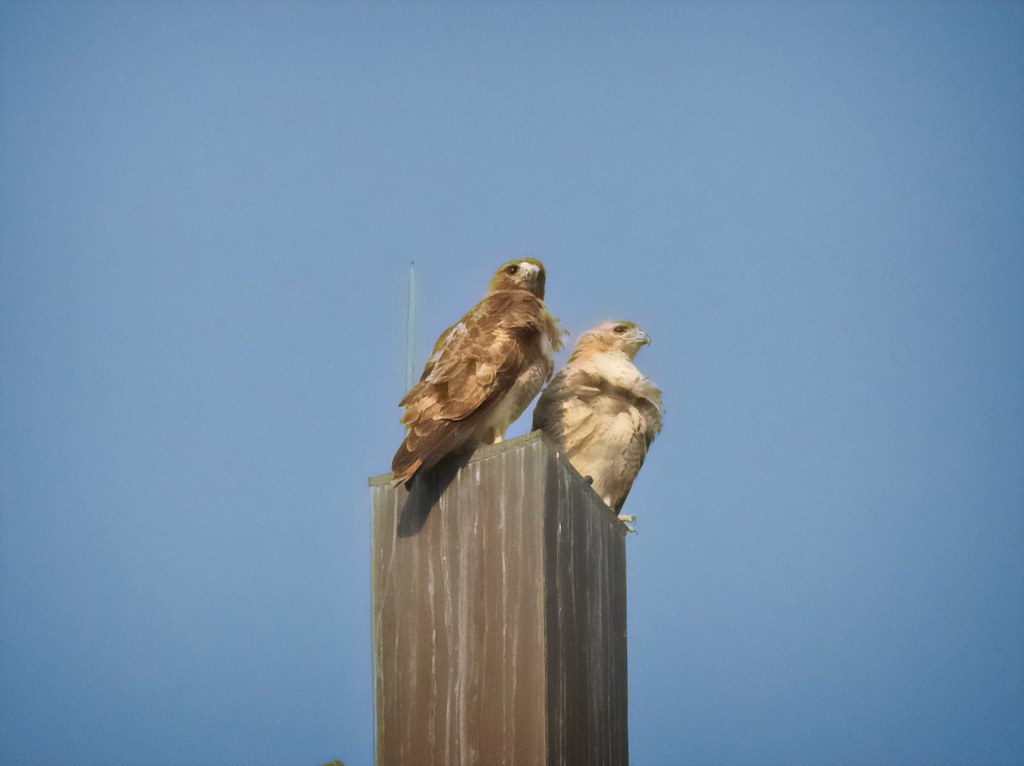 You can also see how much bigger Amelia is than Christo. In the photo below, Christo has disappeared behind Amelia, with only his toe visible sticking out to the right of her. 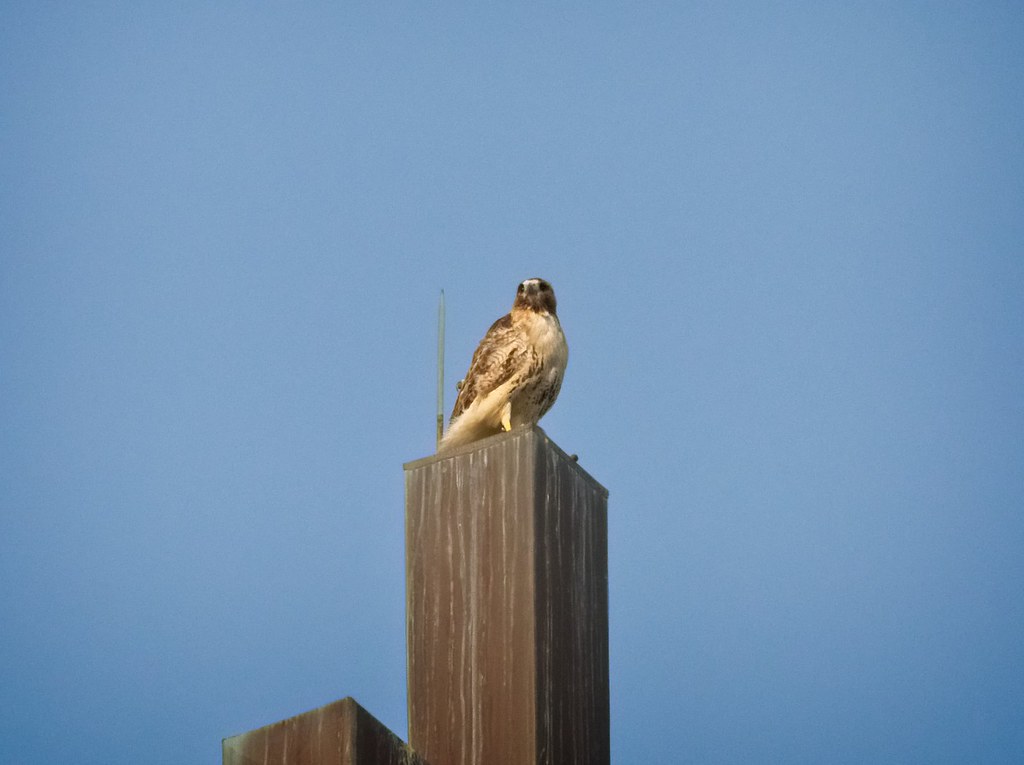 Amelia has been spending a lot of time perched on the church and I often find her in the shade of the dome. I imagine she gets a nice breeze up there. 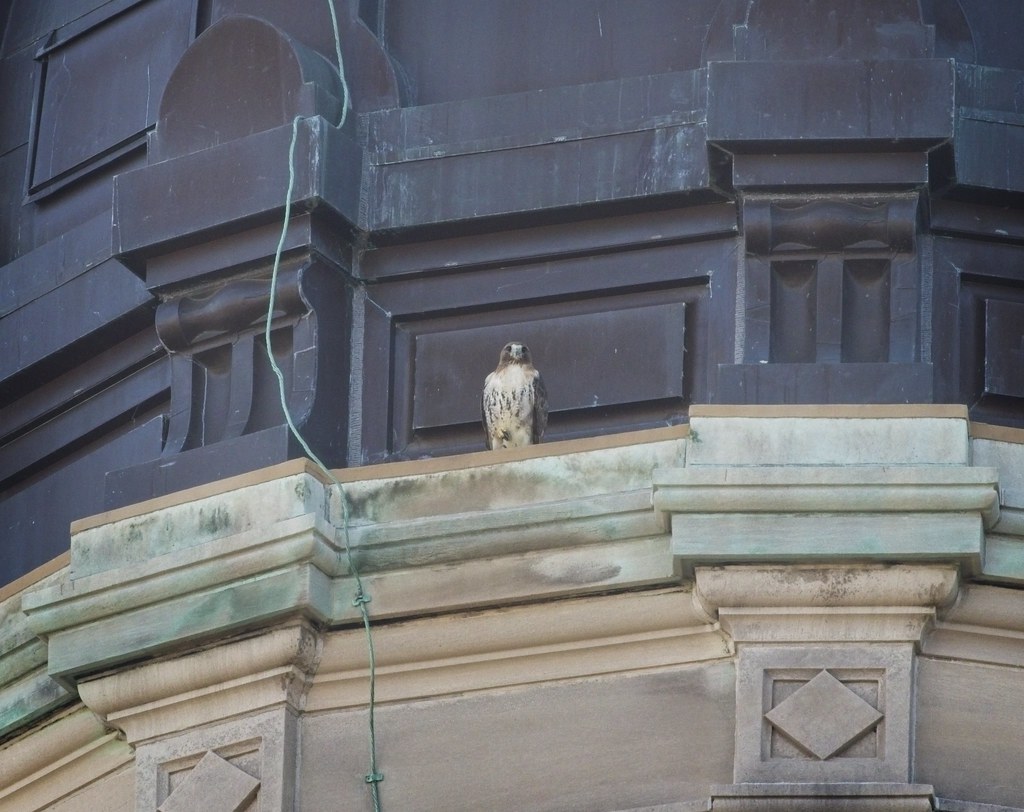 Later, as the sun started going down, Christo resettled on the cross of St Nicholas of Myra church at E 10th Street. 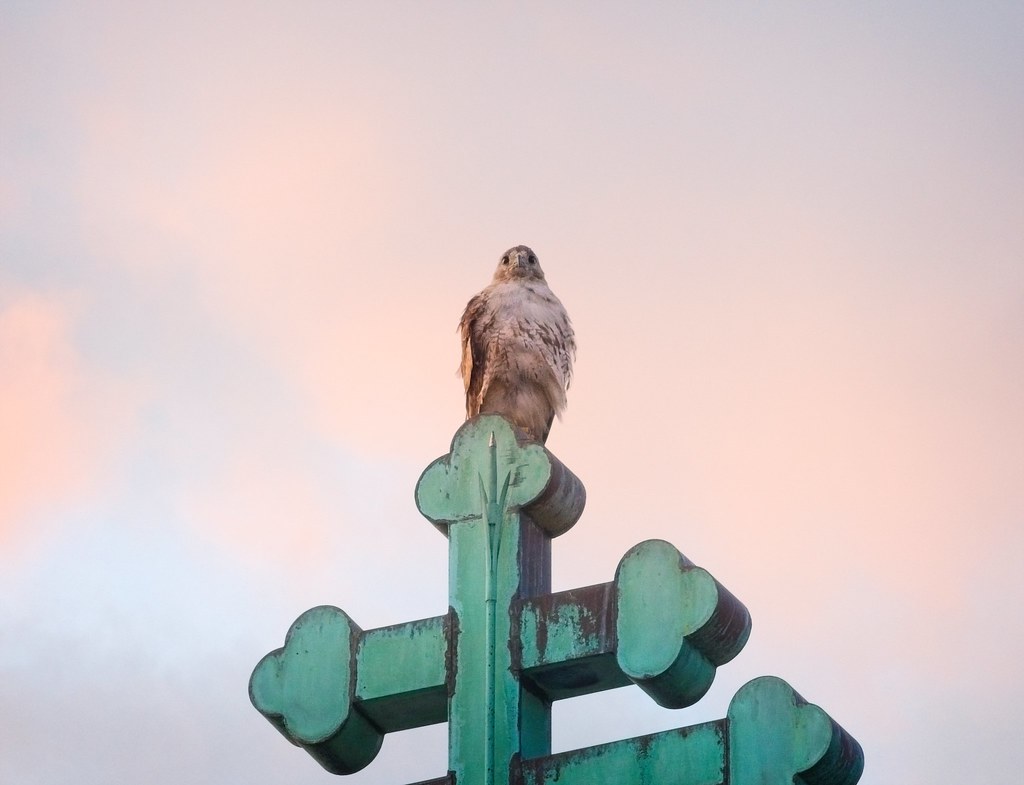 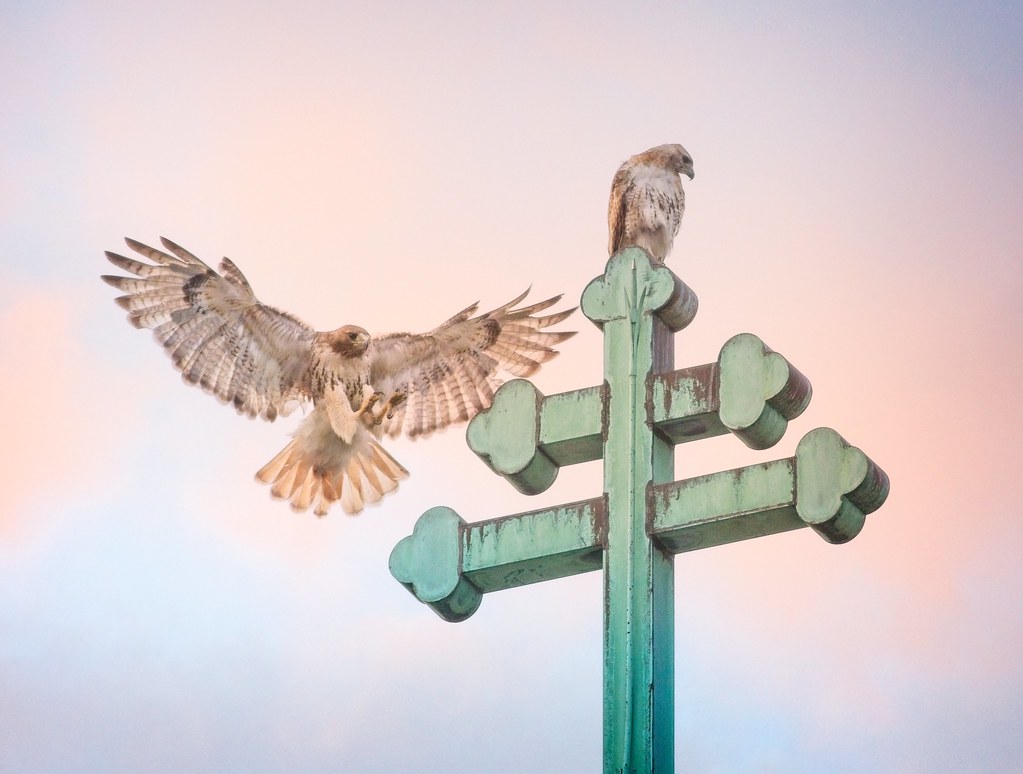 You can see by looking at Amelia's tail that she is in the process of molting. She has eight old tail feathers, two new ones growing in, and is missing two more. She also appears to have new feathers growing in on her wings. Her appearance doesn't seem to change as dramatically as Christo during molt time. 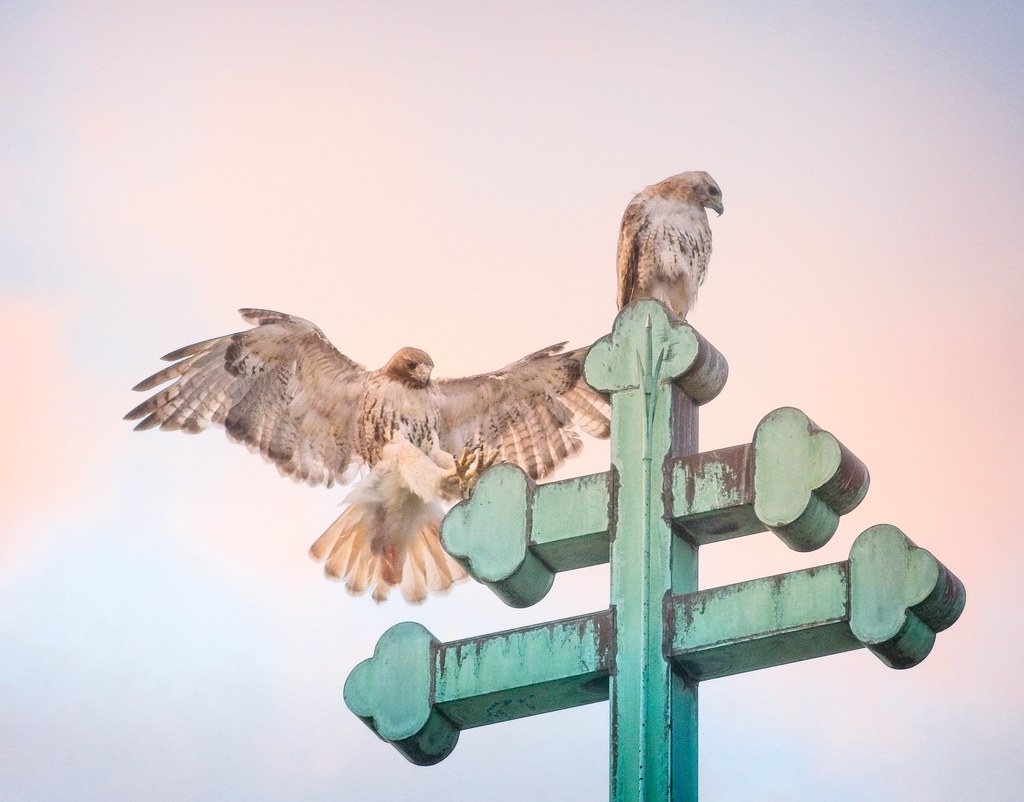 I spent almost three hours with the hawks as they watched the sun go down. At 9pm, Christo was still on the cross and Amelia flew over to the Village View complex on First Avenue, so I had to call it a day. 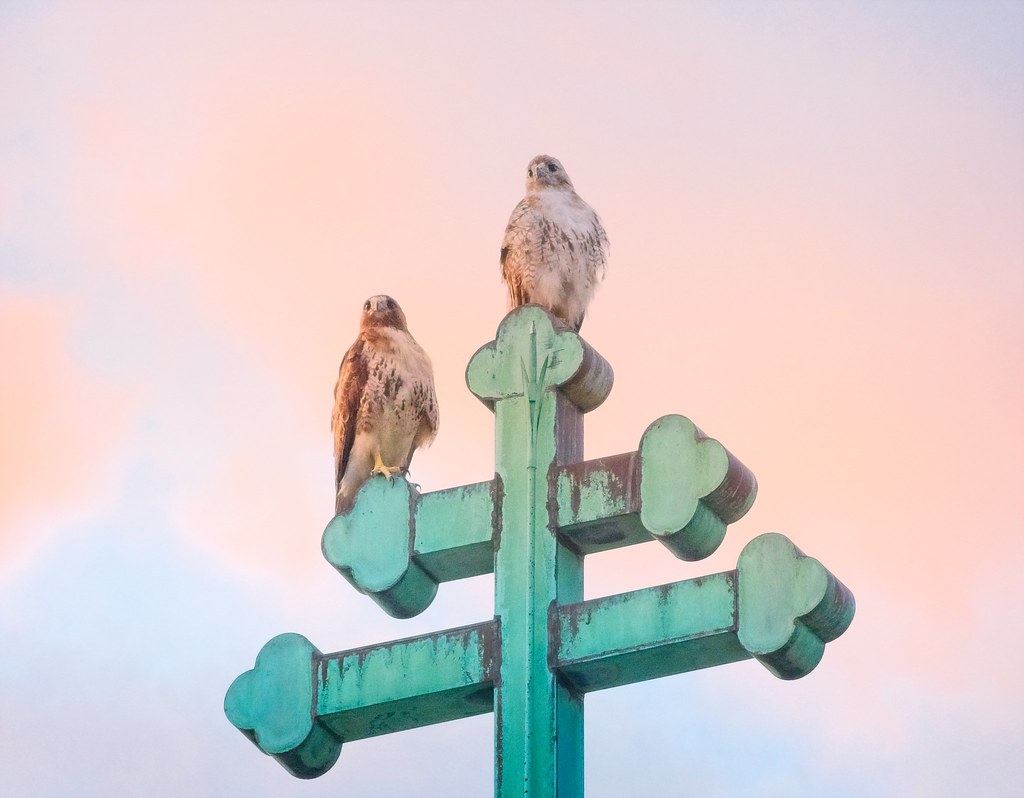