One of the young red-tailed hawks featured in the previous post put on a playful show on a recent evening in East River Park.

Just as the sun was setting, I happened to spot the hawk high in a tree. I believe it is the larger of the two who performed the earlier sky dance, but I didn't see the second hawk to make a comparison. 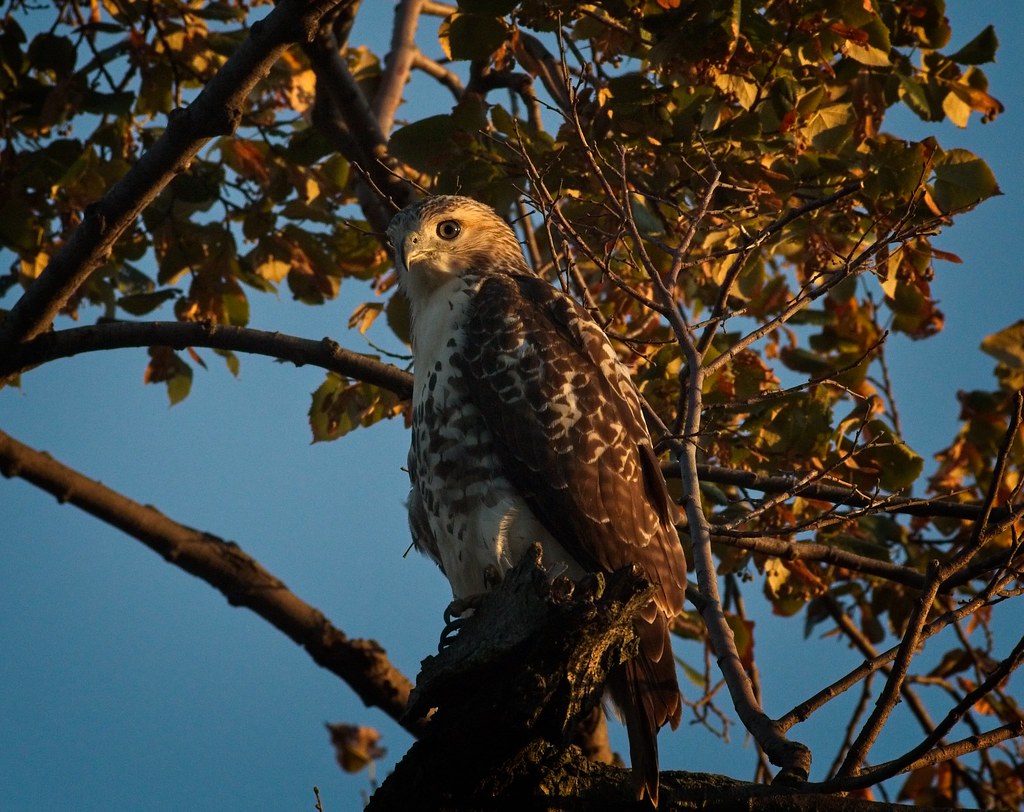 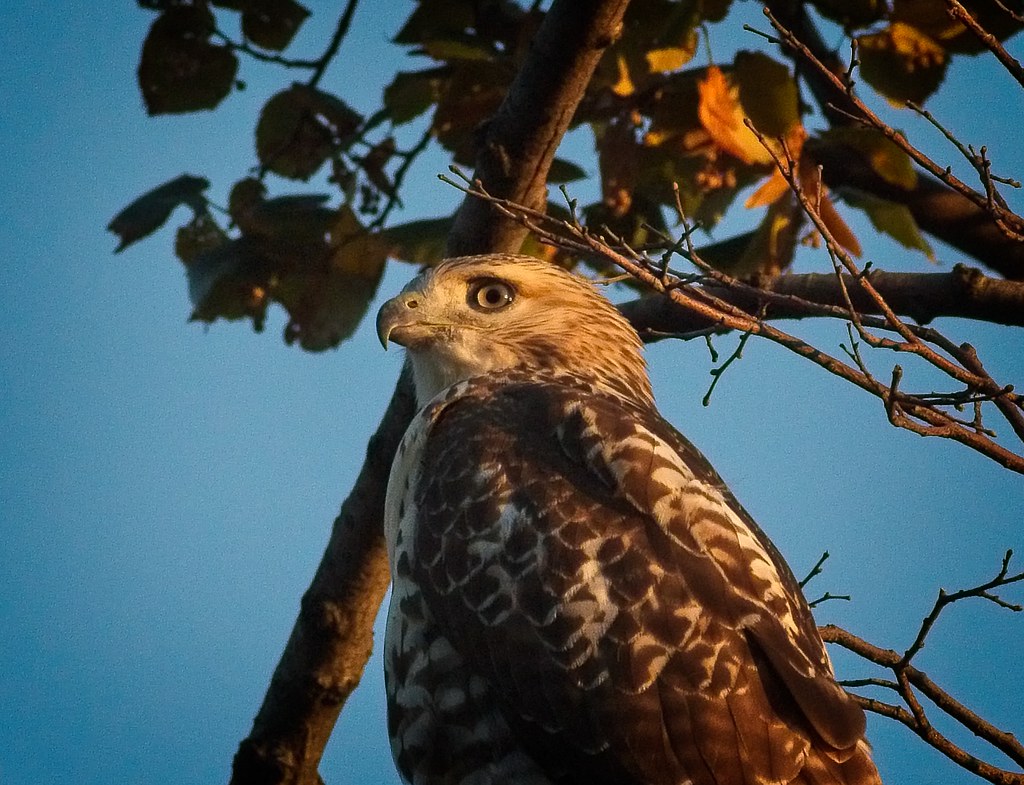 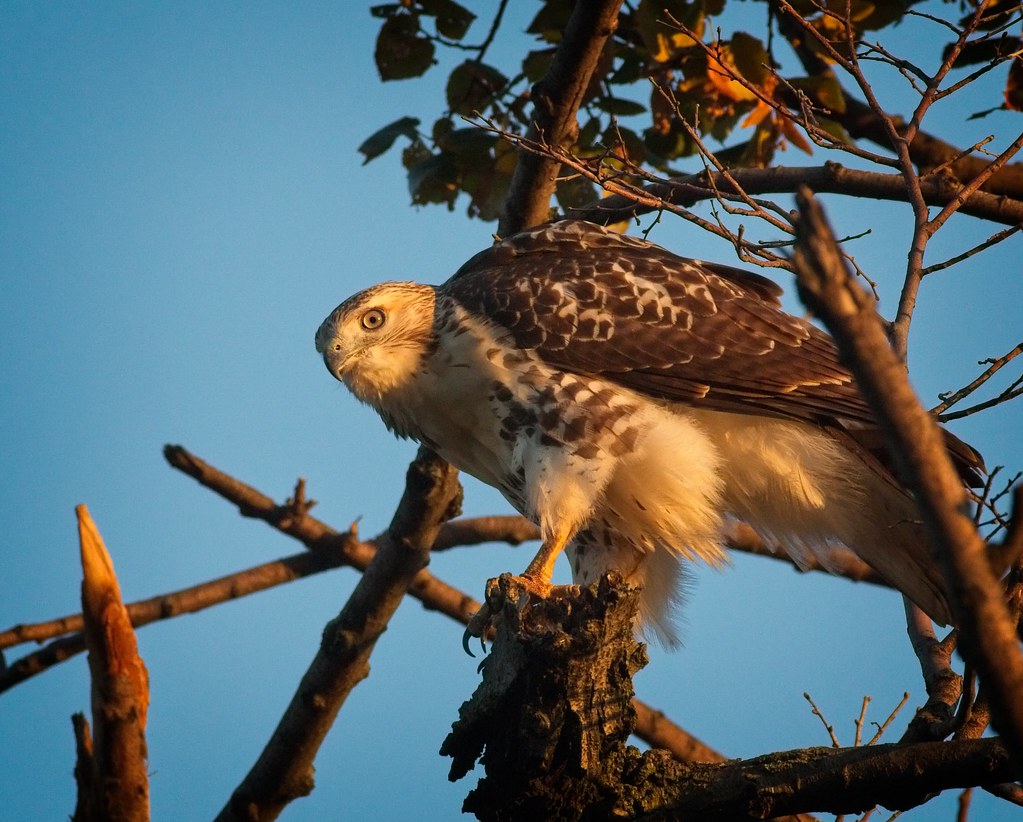 After the sun slipped behind buildings, the hawk flew to a pile of bark chips. 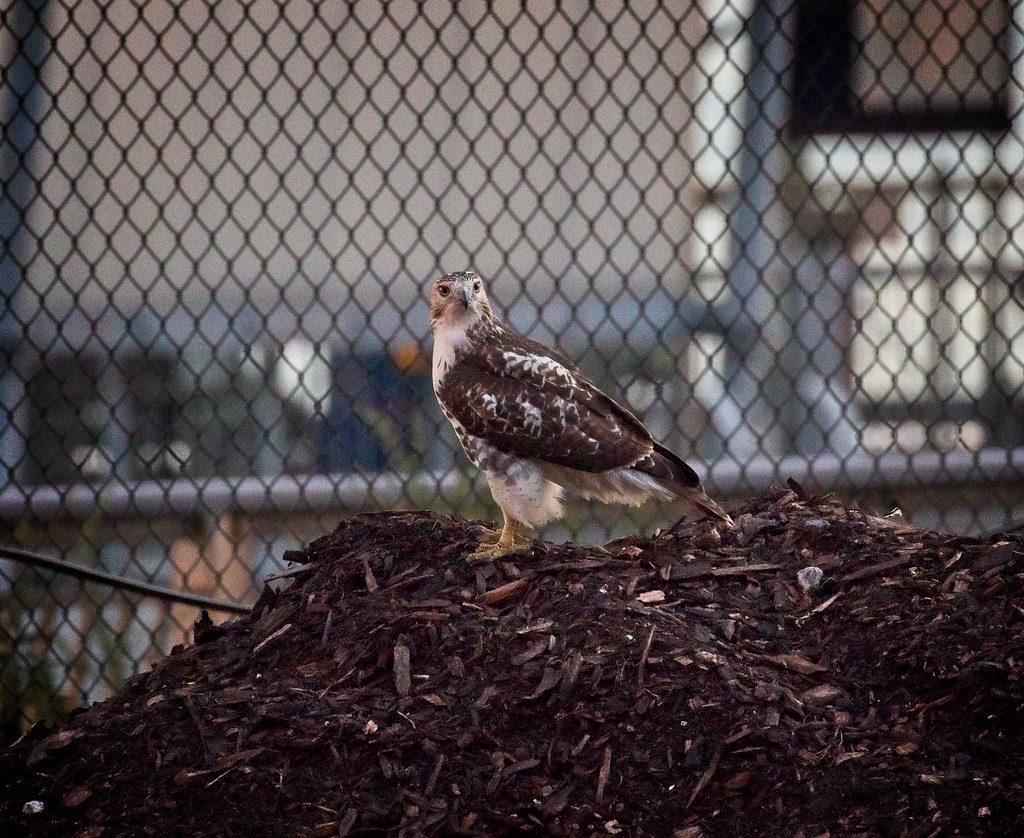 It ignored all the people in the area, and I thought it might be looking for rats. 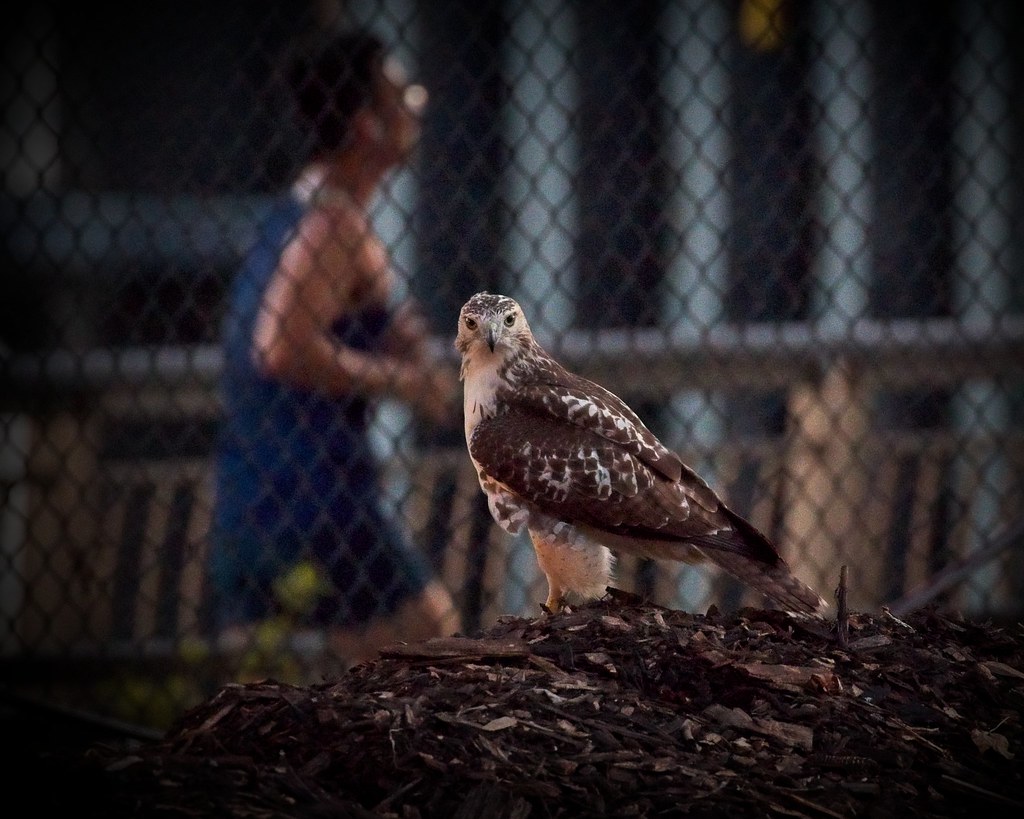 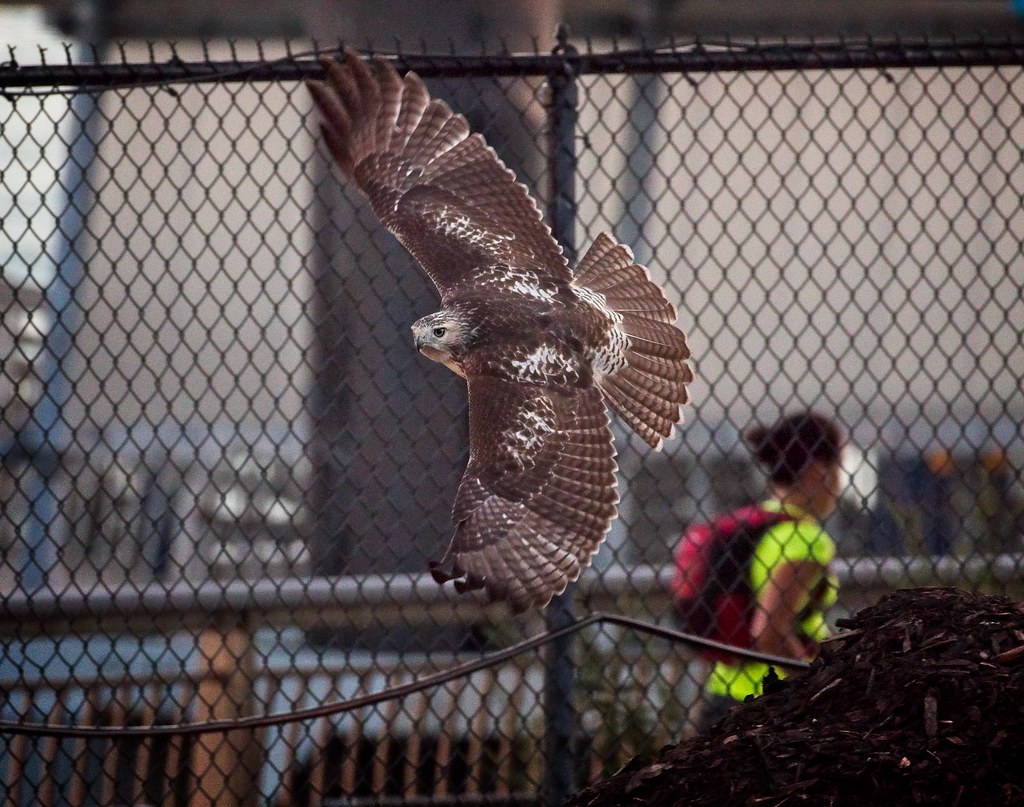 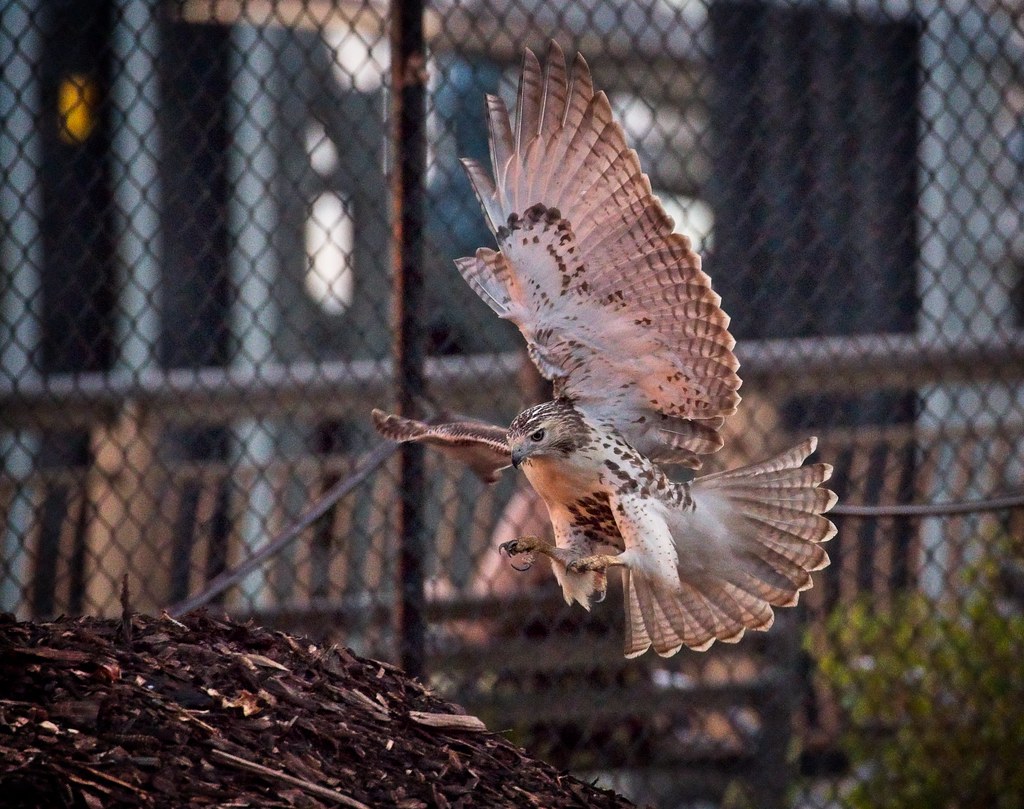 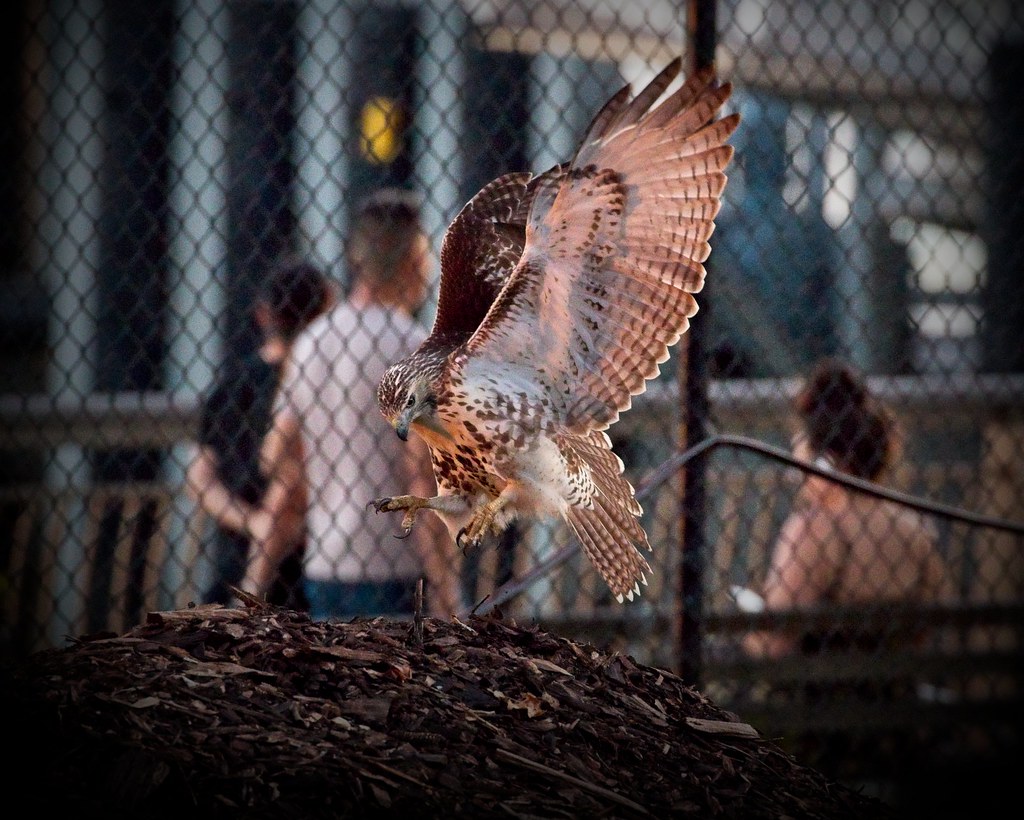 Instead, the hawk pounced on a chunk of wood and proceeded to play with it. 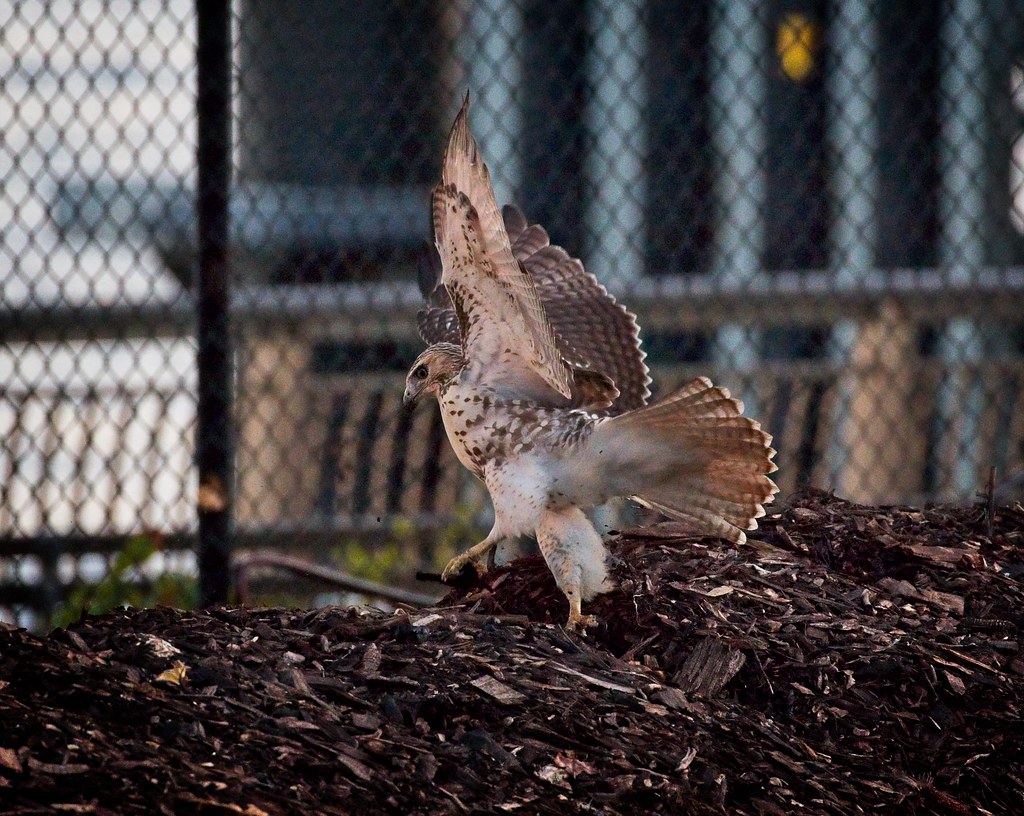 We've seen this many times before with young fledglings learning to catch prey. 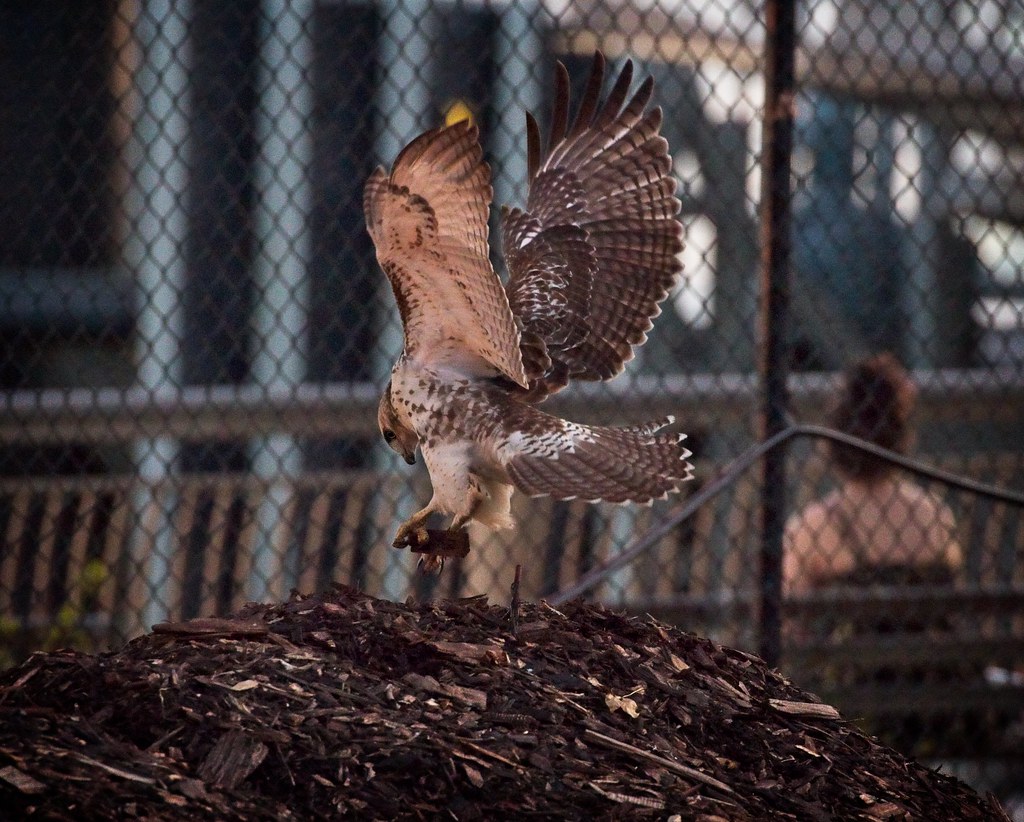 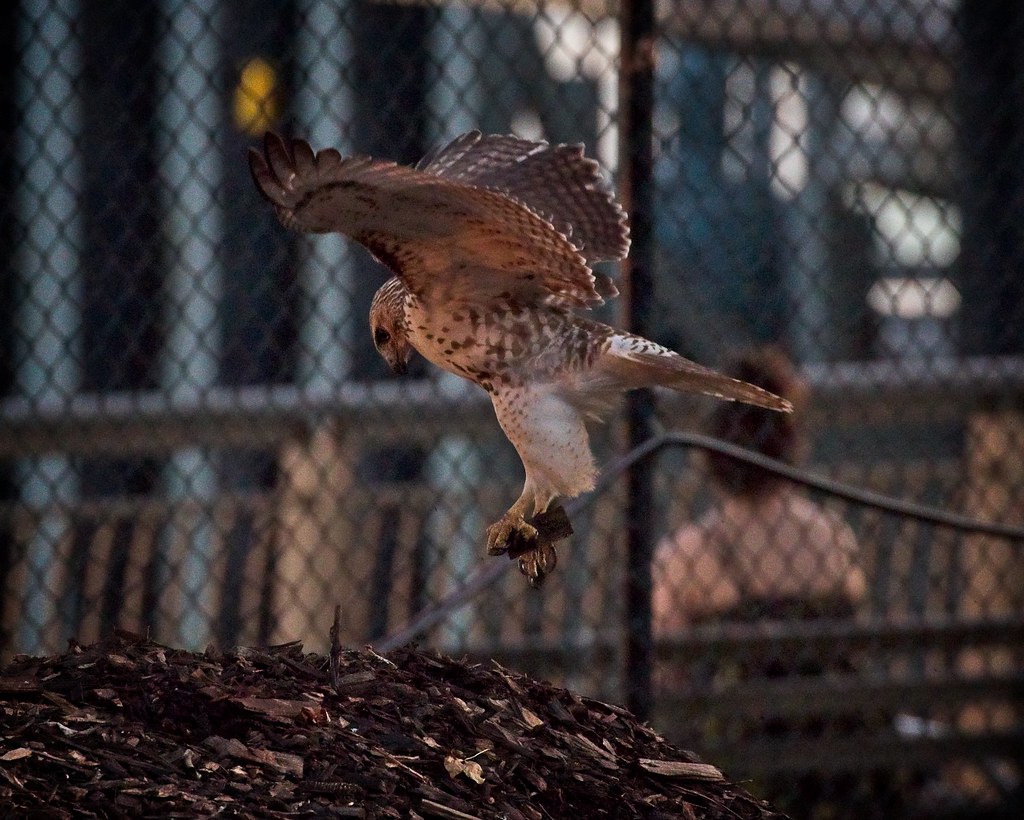 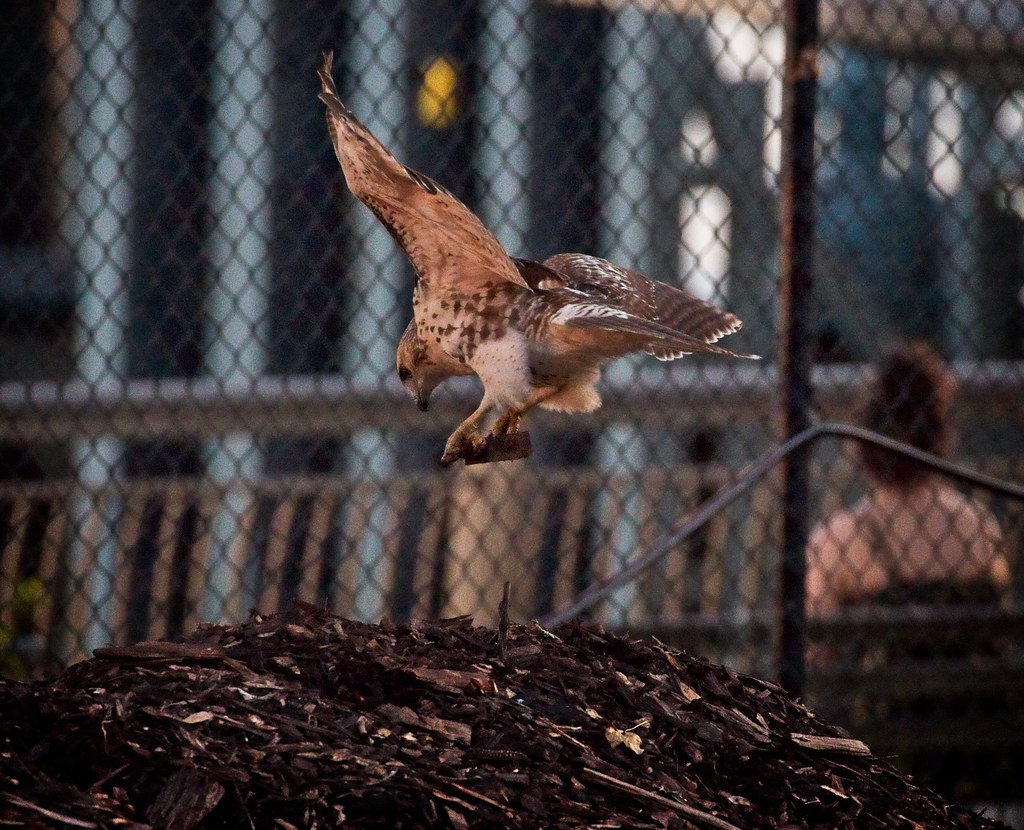 After about 20 minutes of rousing stick play, the hawk settled down on an antenna with One World Trade in the background. 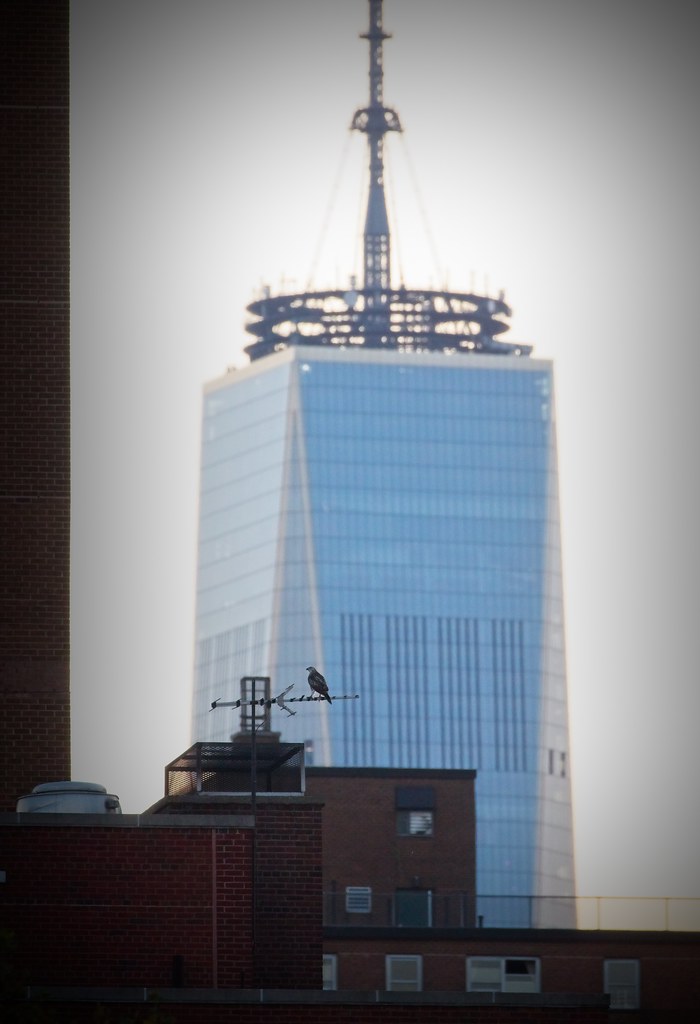 Dedicated to my father.
Posted by Laura Goggin Photography at 6:46 PM