We're already well into October and hawk activity is starting to ramp up in the city. With fall raptor migration underway, our local red-tails are being more vigilant, ready to defend their territories against any interlopers.

In the East Village, red-tails Christo and Amelia have been spending more time closer to home and Tompkins Square. I recently found Amelia perched in the park, catching the last rays of light. 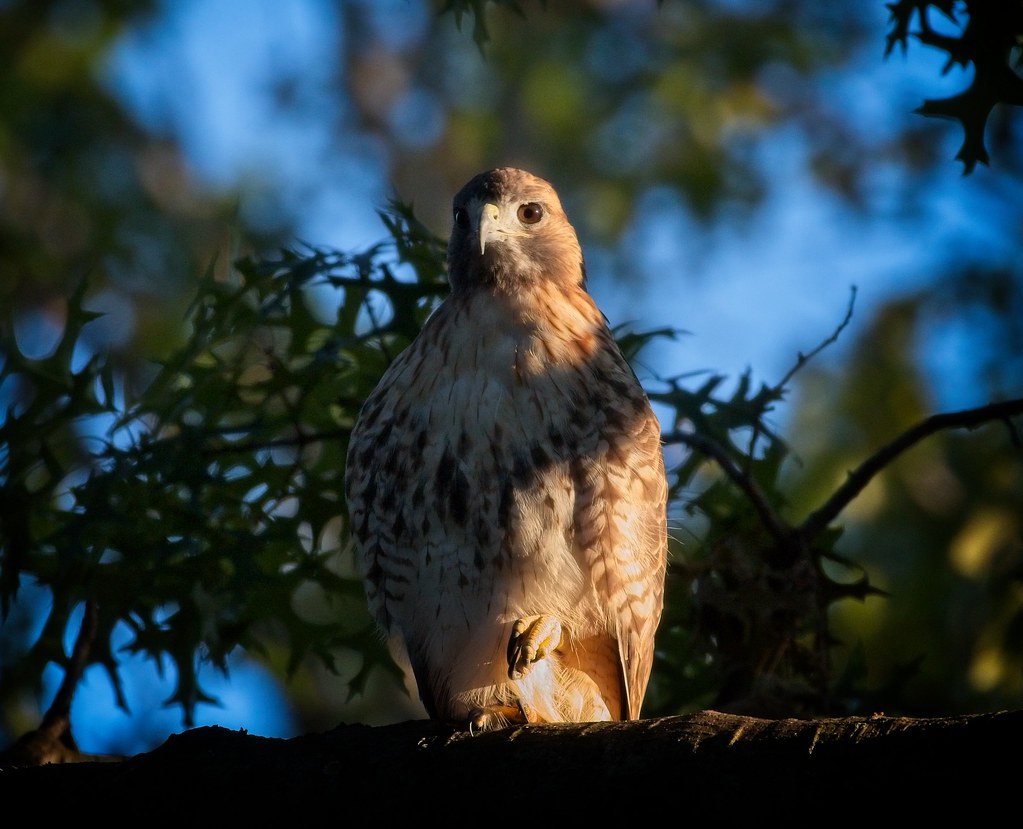 About ten seconds after I took the above photo, Amelia surprised me by diving over my head to catch a rat on the ground behind me. She flew it right past the faces of three girls on sitting on a bench, then into the trees where Christo suddenly appeared. The two of them flew off together with the rat, and I lost track of them in the dark. I was so caught off guard, I missed capturing the action with my camera!

Meanwhile, young red-tails have been seen in East River Park, which is a popular migration route each season. The hawk below was hunting around the Lower East Side Ecology Center near Grand Street. 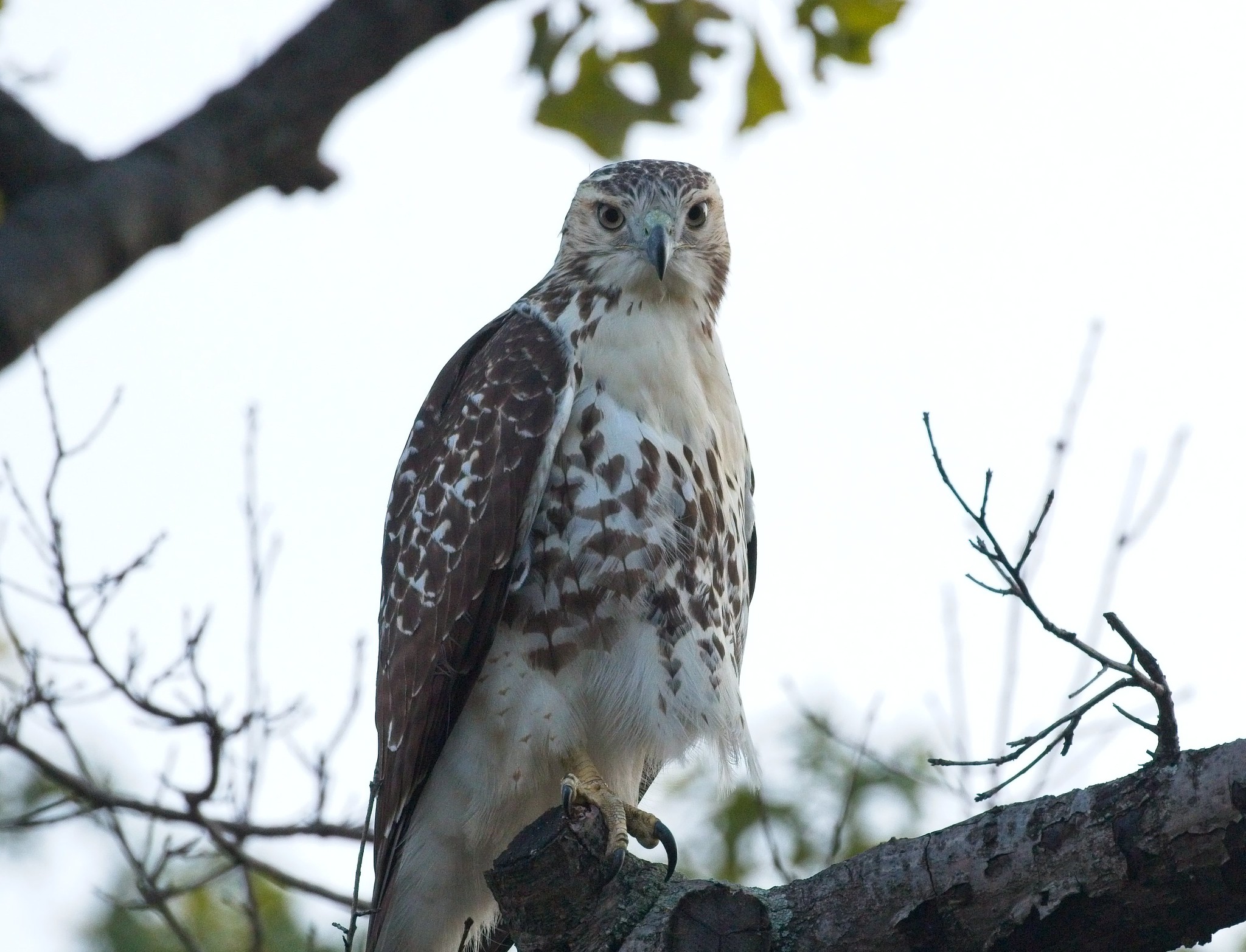 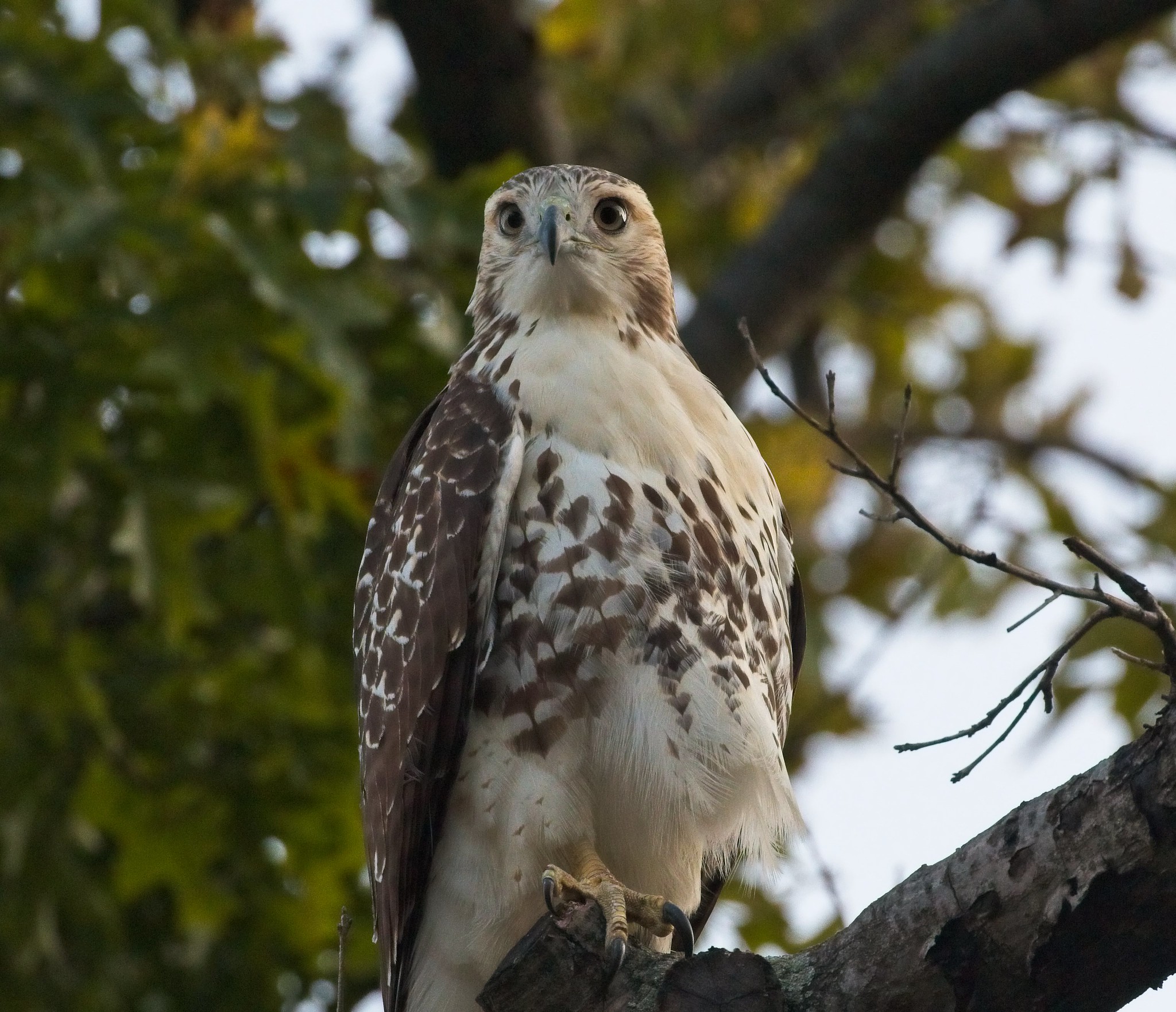 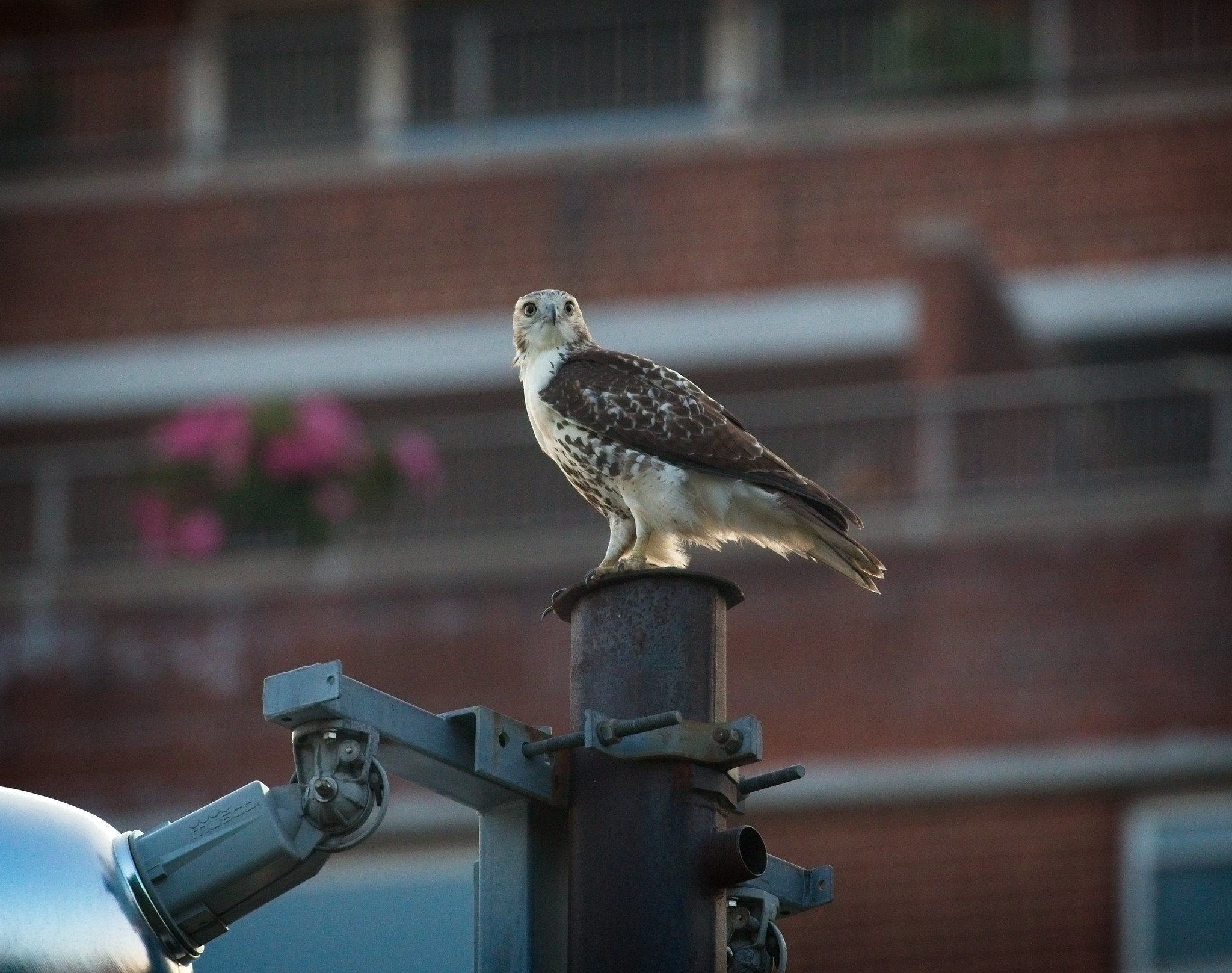 Last weekend, just after sunset, I came upon another young red-tail in Central Park at the Shakespeare Garden. 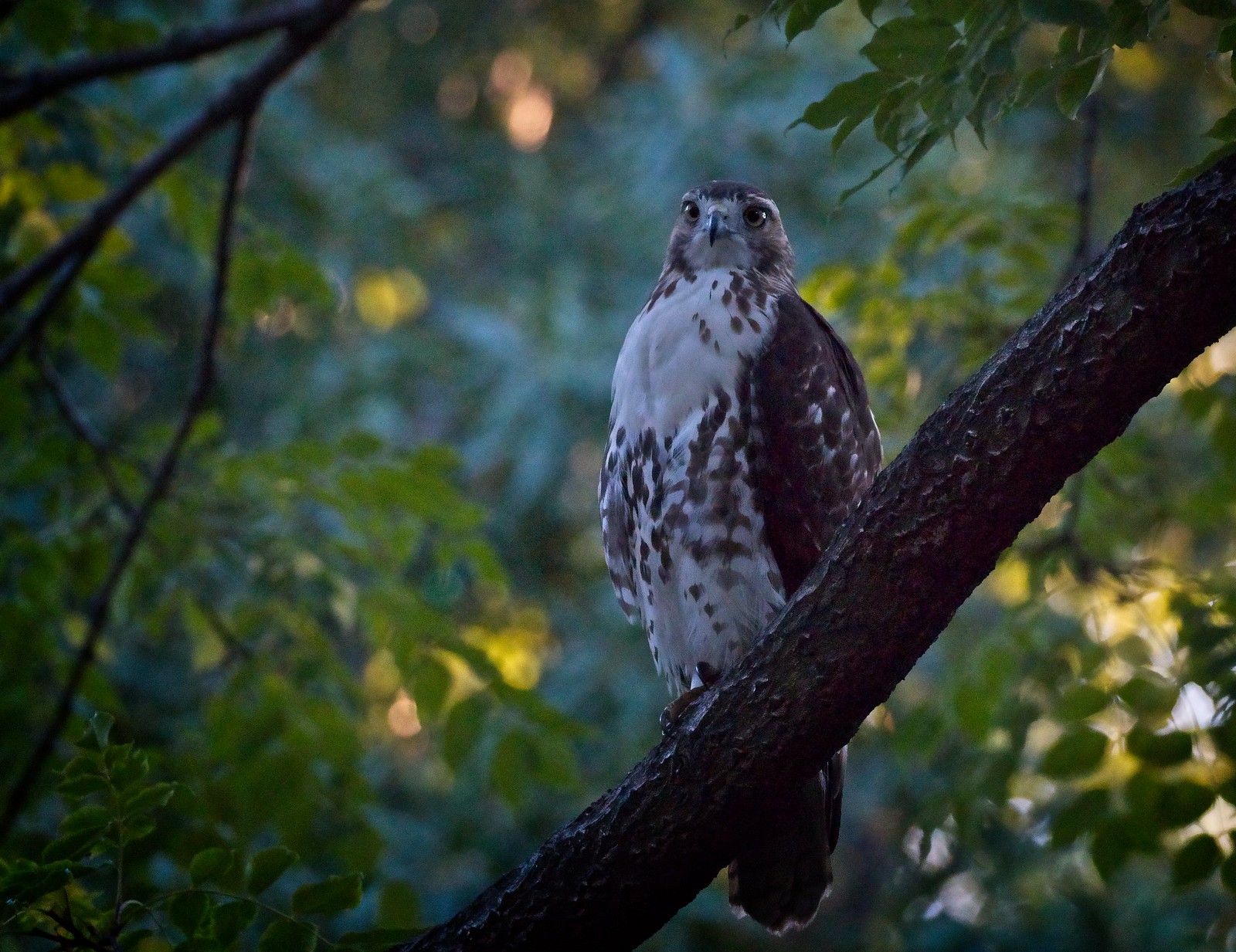 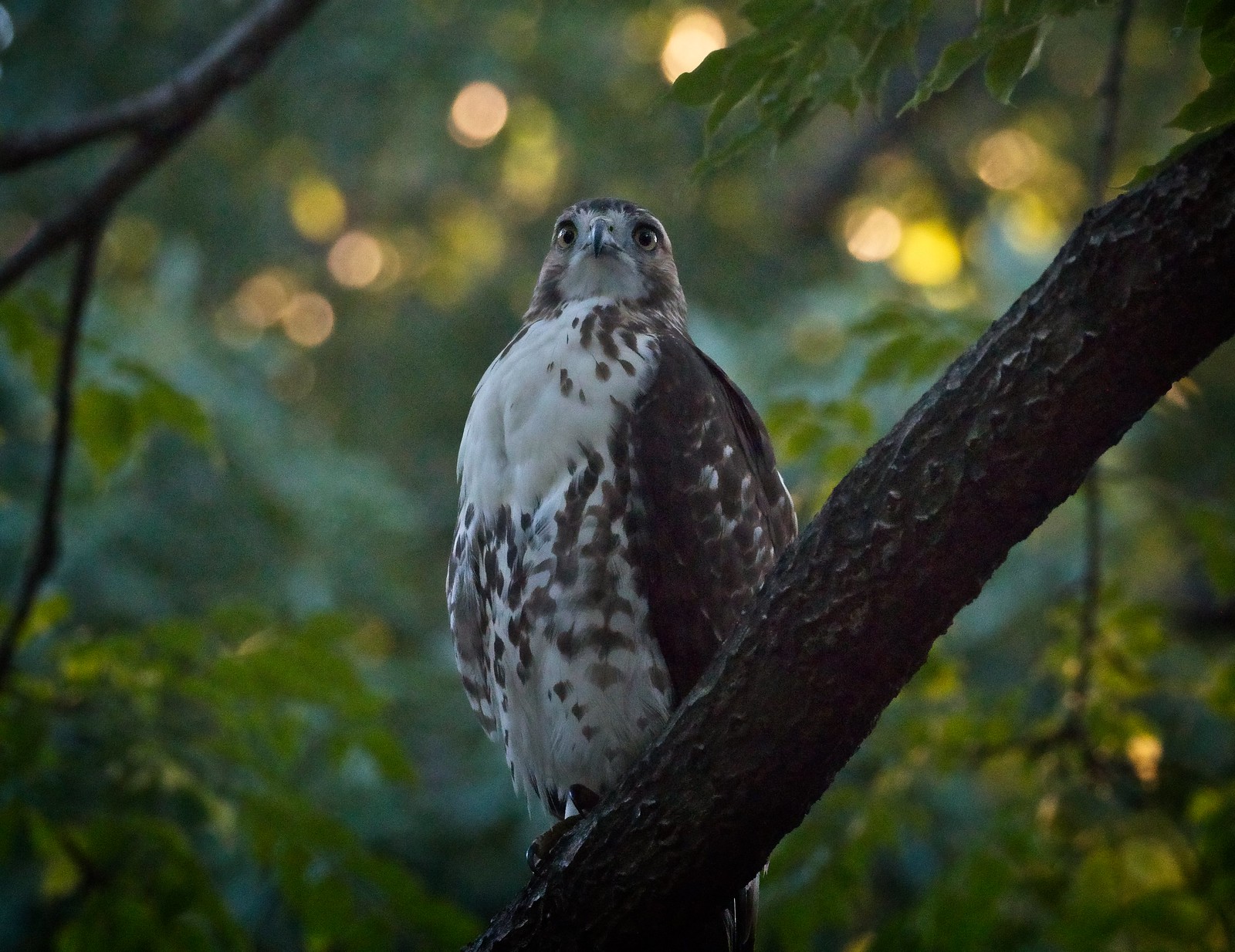 Central Park is home to the king of all NYC hawks, Pale Male. I spent a couple of hours with him on a recent sunny afternoon as he hung out in the Ramble. He really is distinctively beautiful. 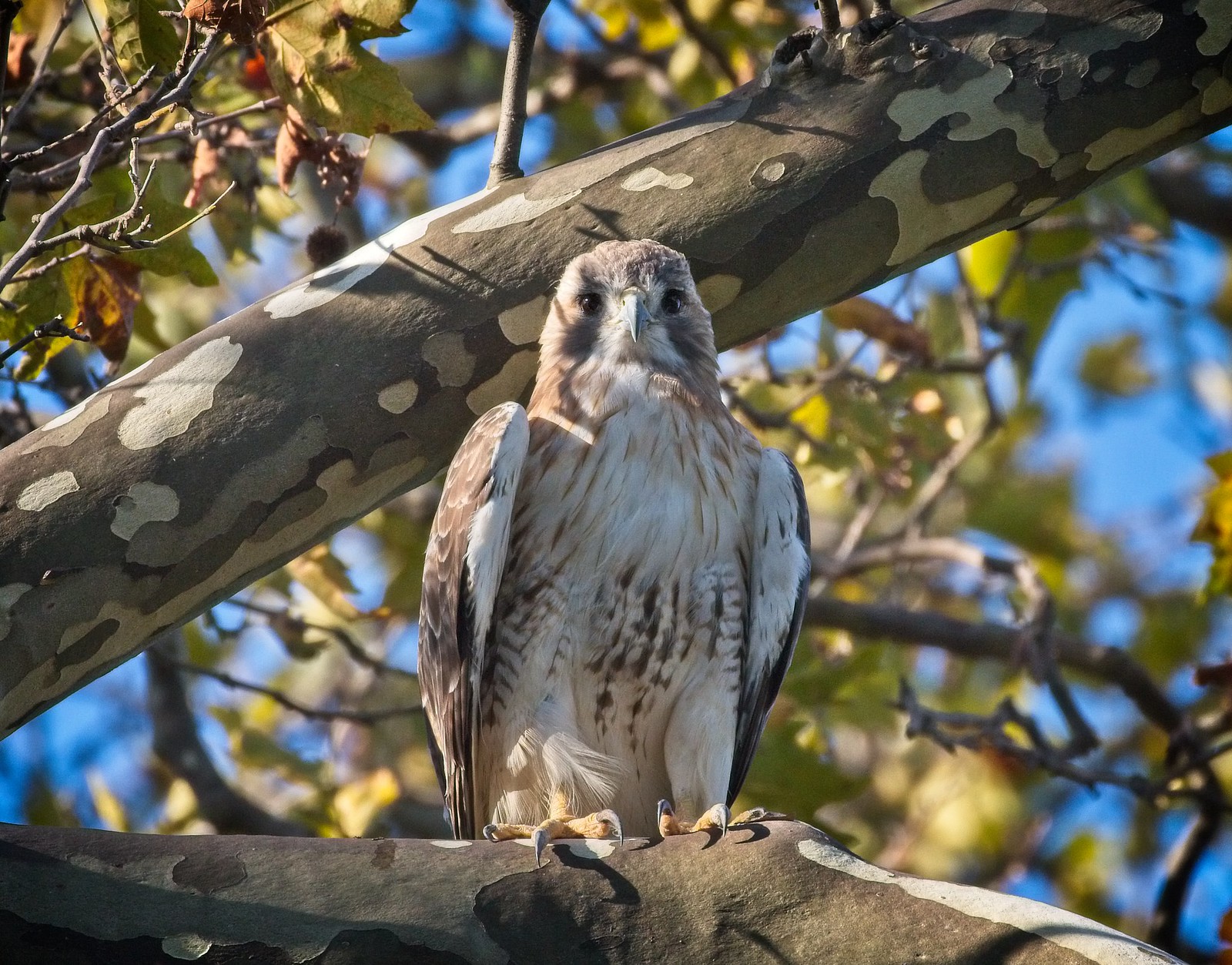 Pale Male has a commanding presence, and it was great to see passersby stop to admire him. Everyone who stopped to have a look walked away smiling. 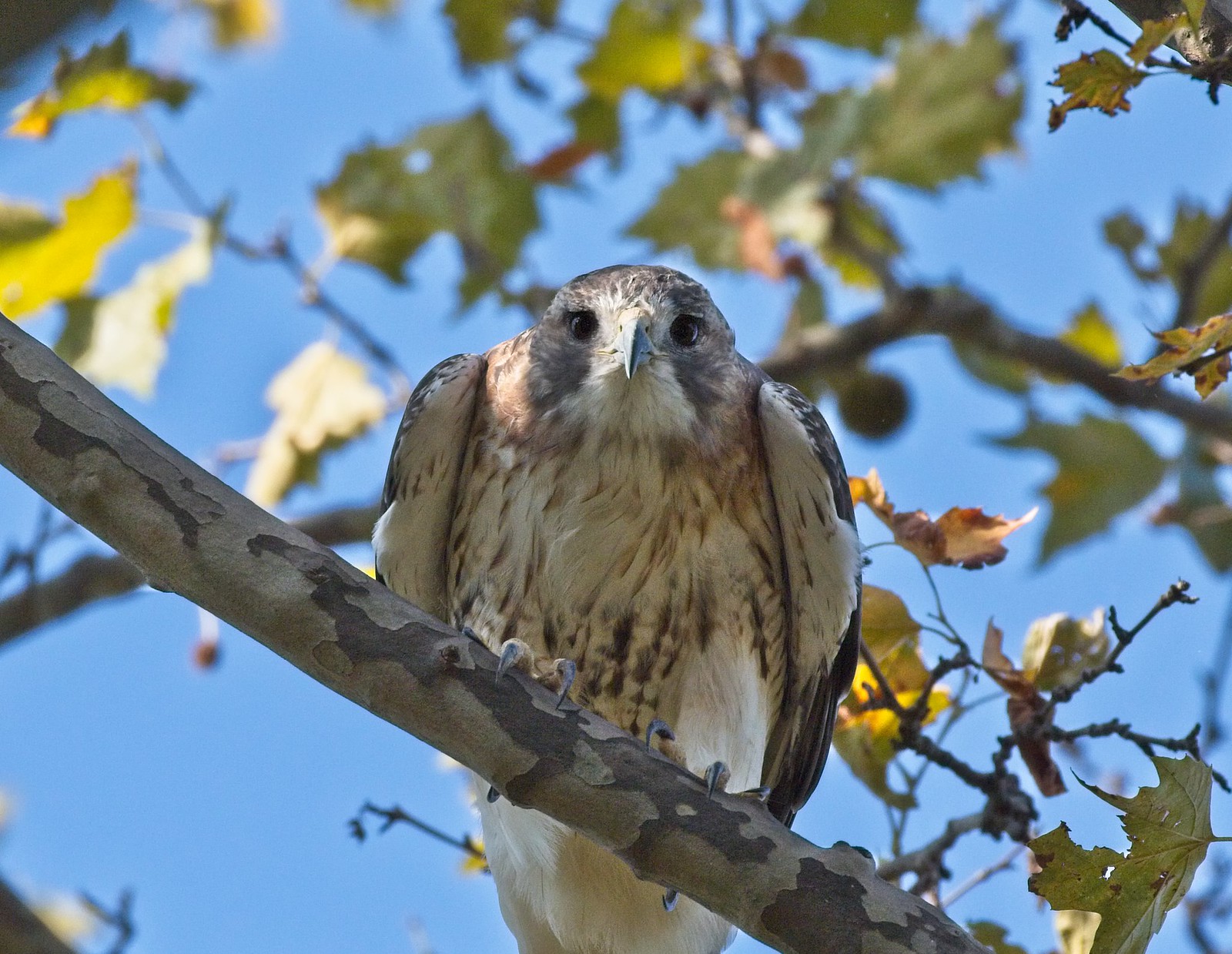 Although Pale Male rules the park, there are other hawks in living in his realm. The pair below were perched on a building along 59th Street at the south end of the park. I don't know much about this pair other than they've been around a while, but have not yet successfully nested. 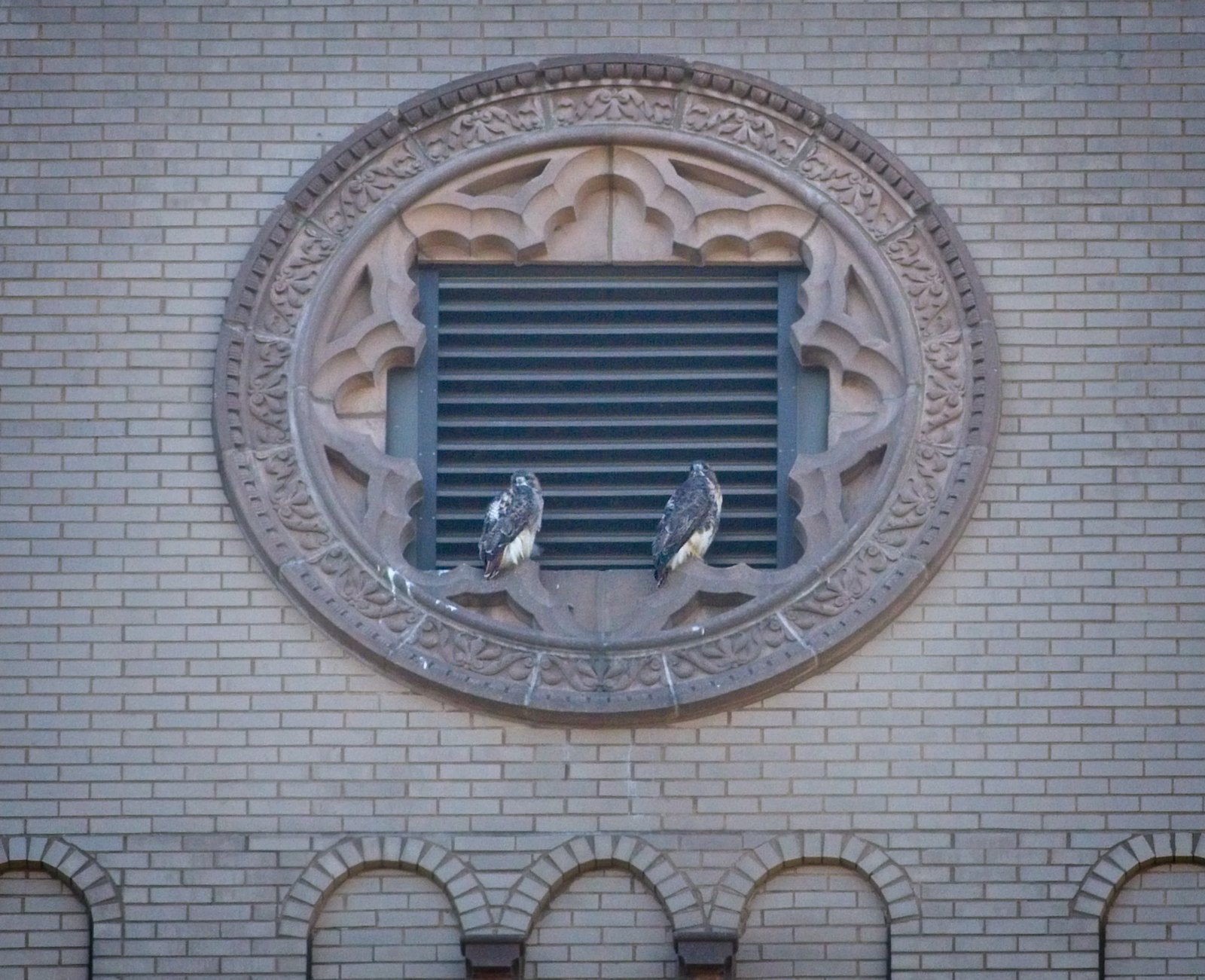 We should now start seeing hawks other than red-tails, such as this young Cooper's hawk, who was flying around Green-Wood Cemetery in Brooklyn. 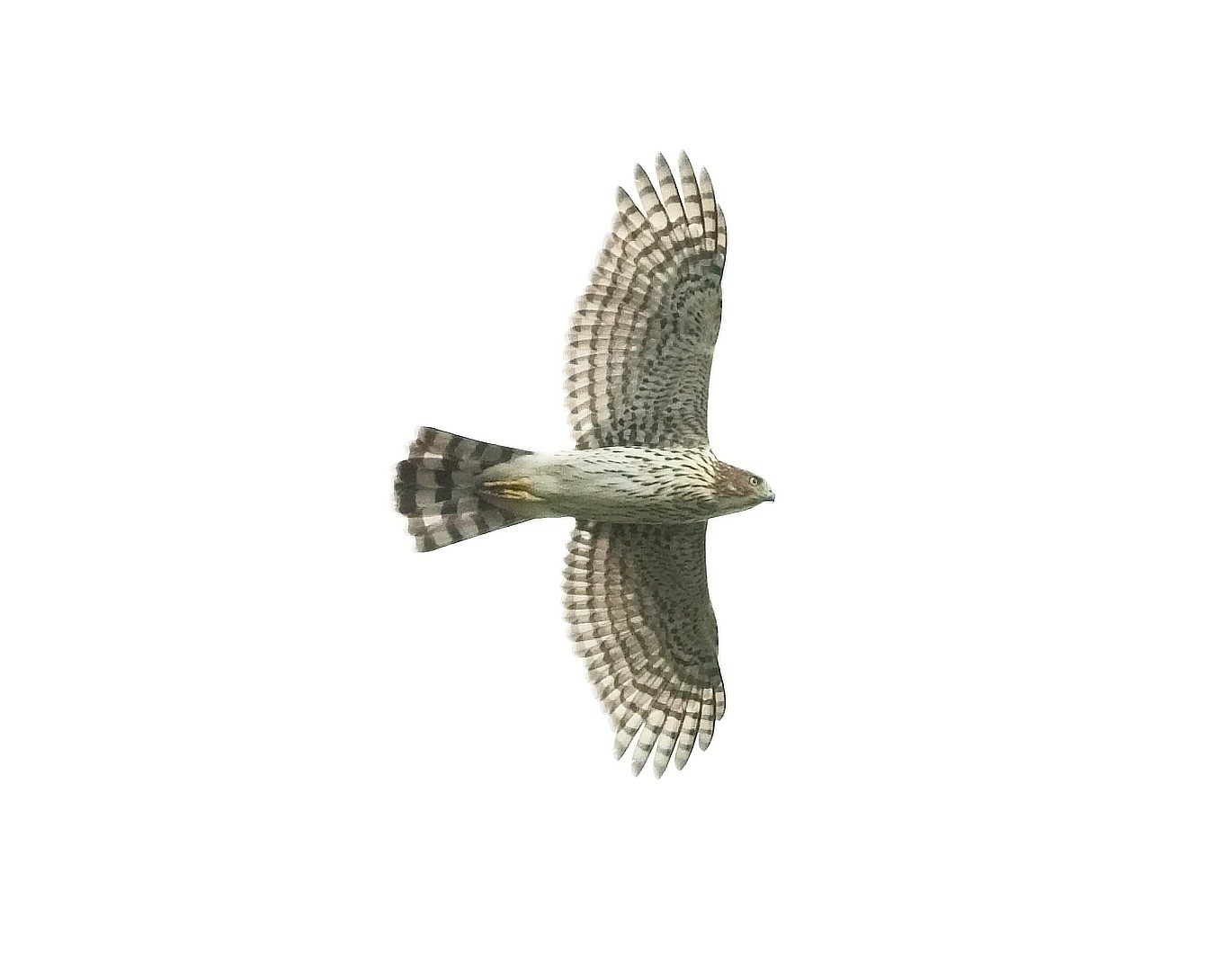 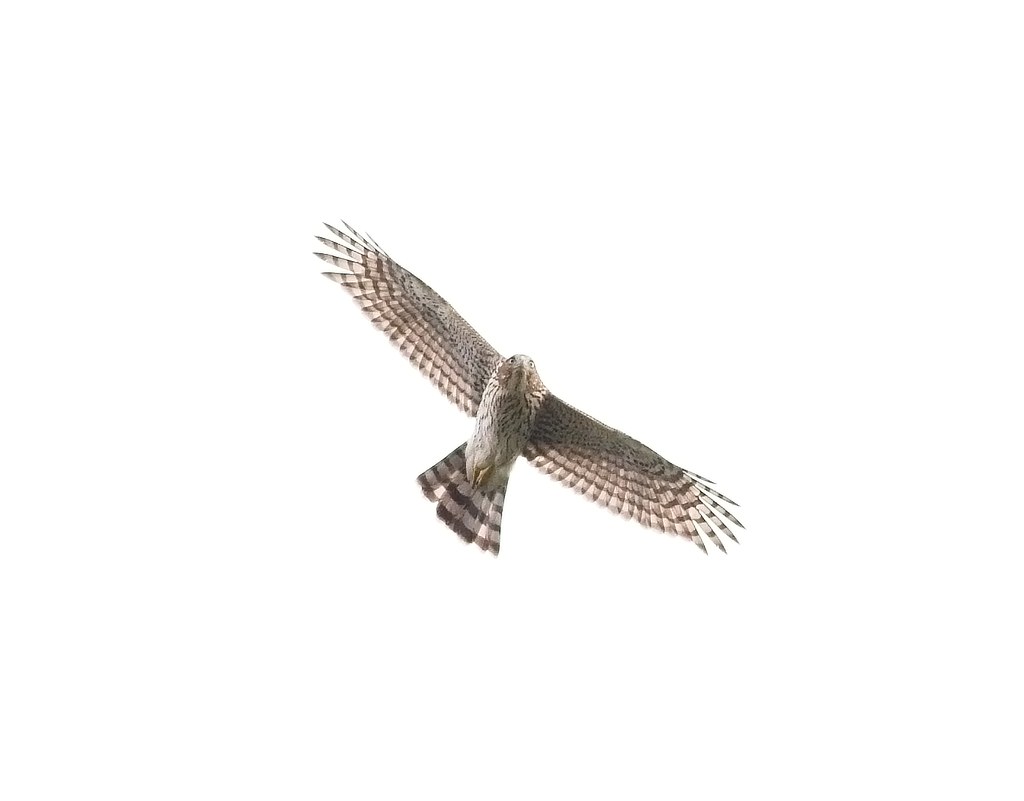 I always enjoy this time of year because it's a good opportunity to see raptors, especially now that the leaves are falling from the trees and the birds become more visible.
Posted by Laura Goggin Photography at 8:42 PM