Fall bird migration is underway, and a lot of interesting travelers have stopped over in the city on their way south.

On a recent visit to Central Park, I found this beautiful Red-Eyed Vireo stuffing itself with insects before continuing on its journey to South America. 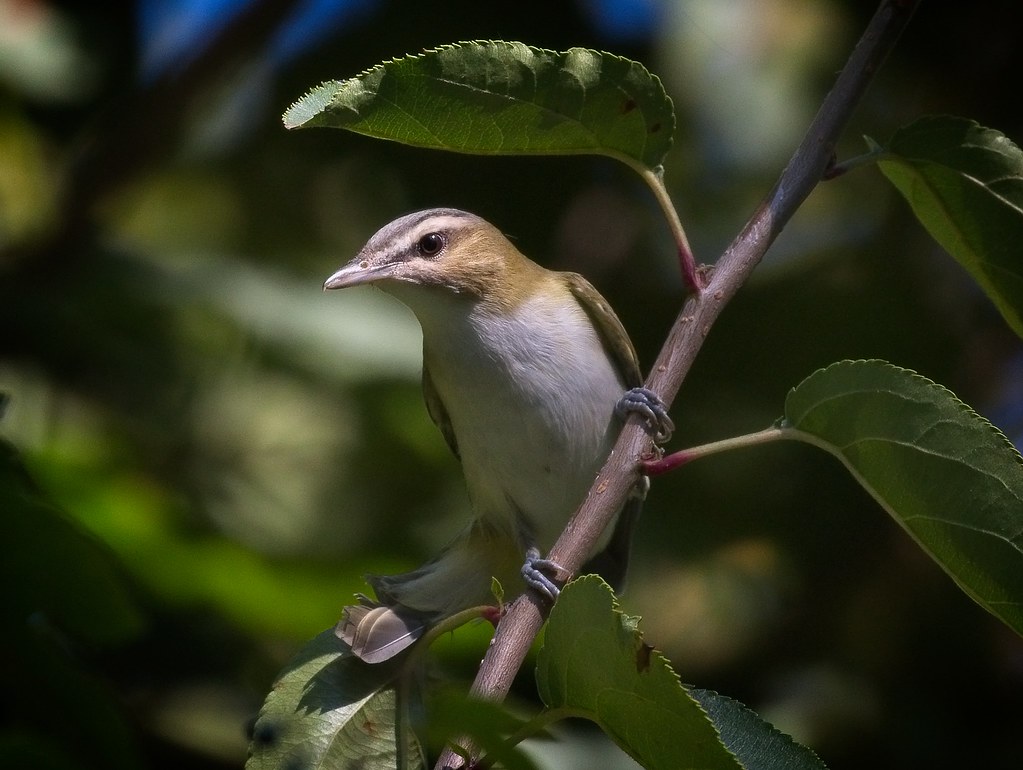 The Blue-Headed Vireo is one of my favorites, so I'm happy to have seen quite a few this season. The ones below were photographed on Governors Island and in Central Park. 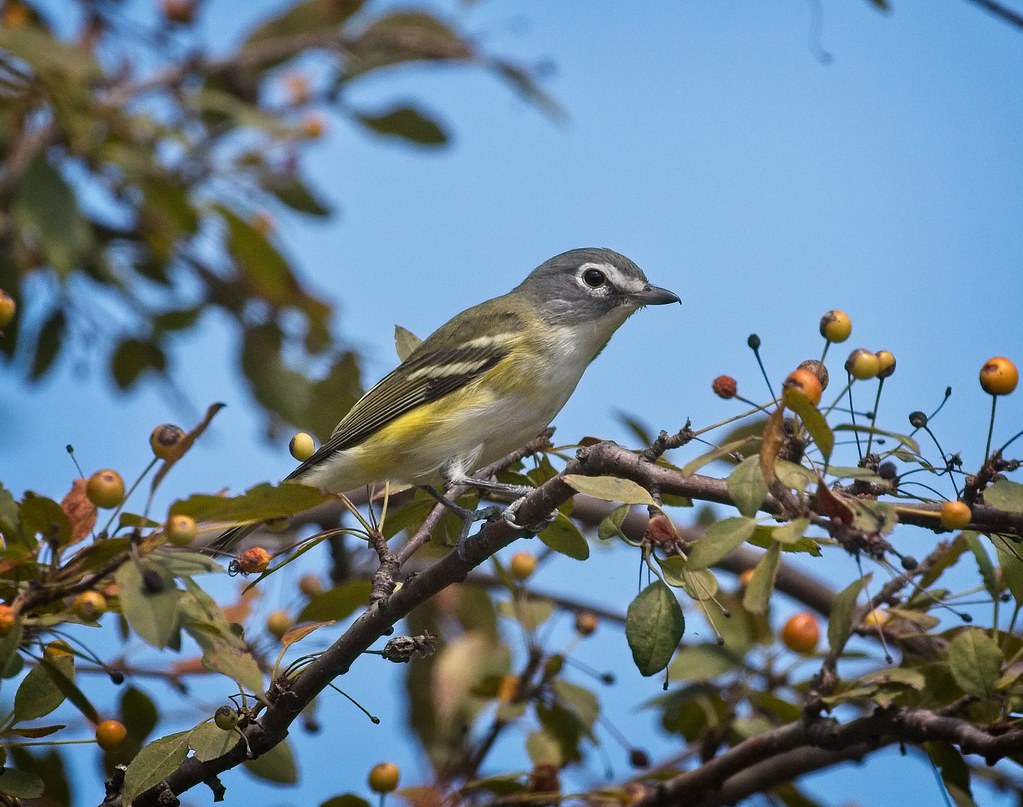 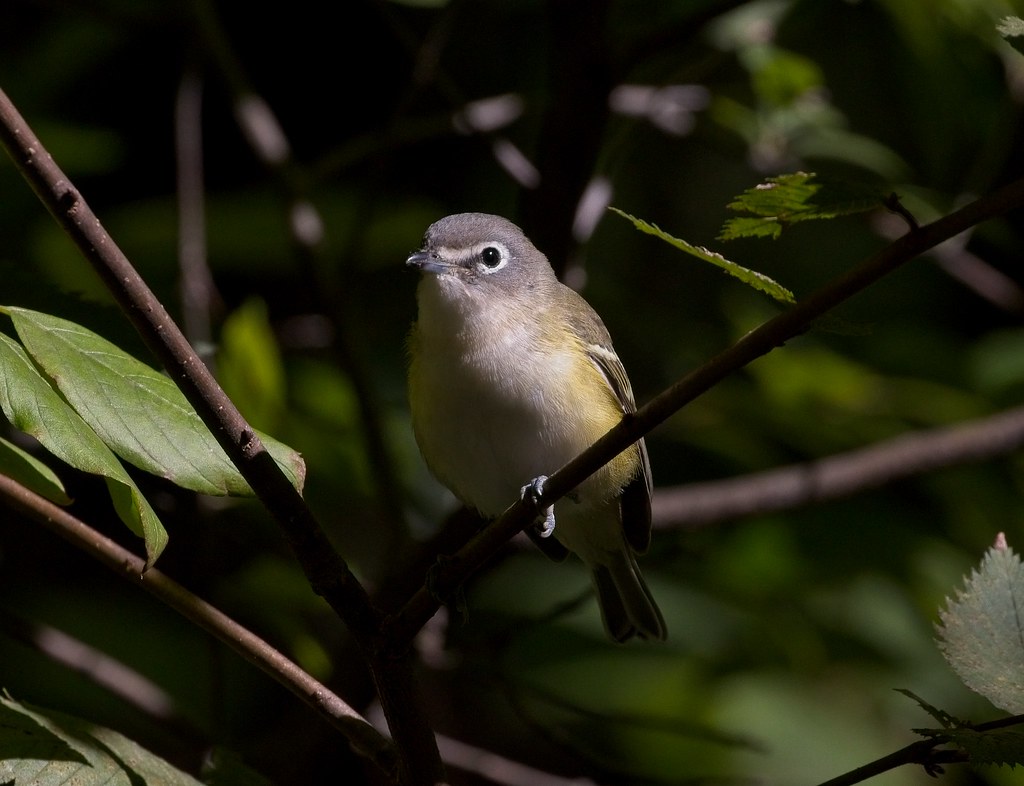 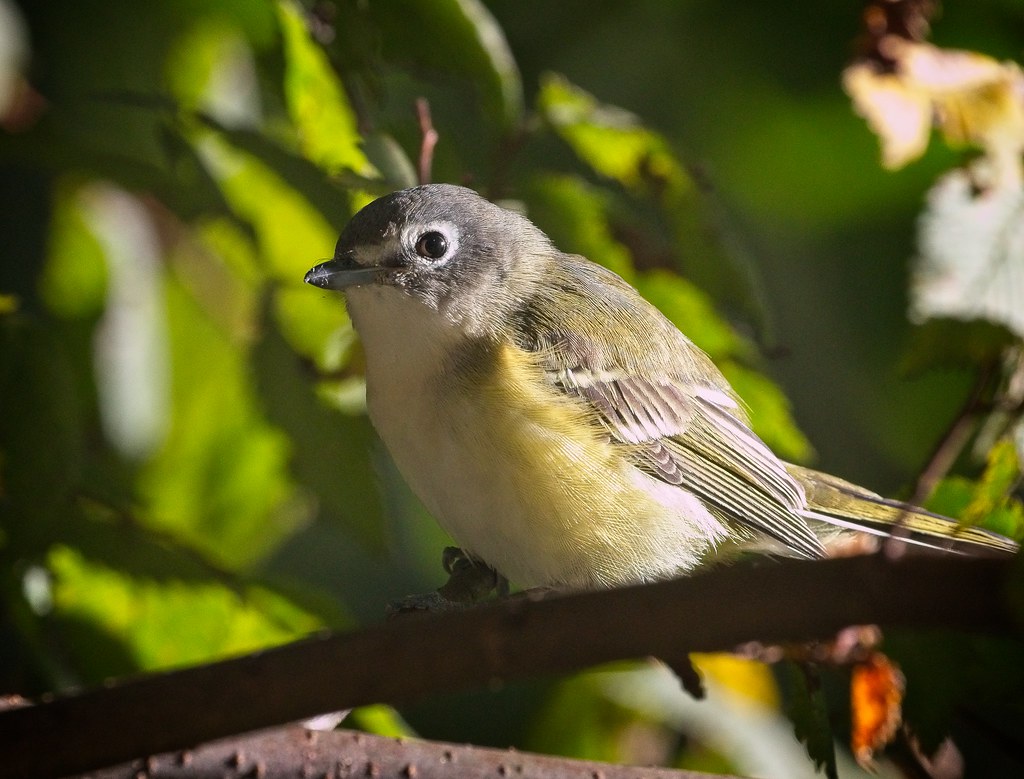 The blue head really stands out on this one. 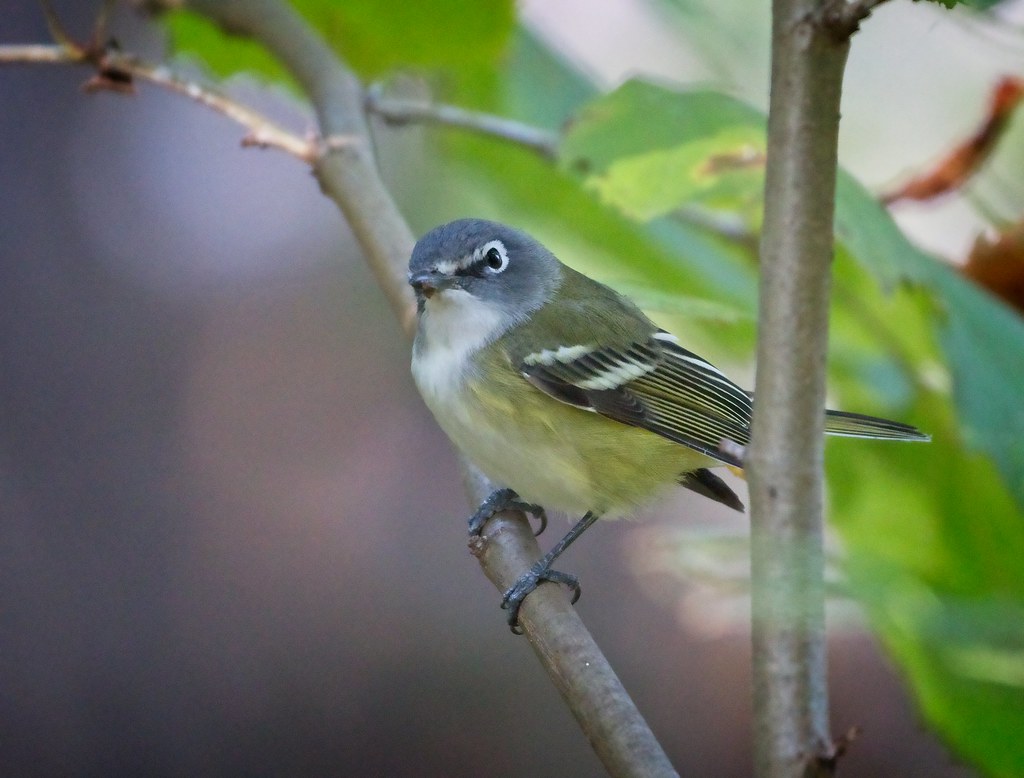 I've never understood how the Black-Throated Green Warbler got its name as it can be recognized by its bright yellow head, and doesn't have much green on it at all. Stunning nonetheless! 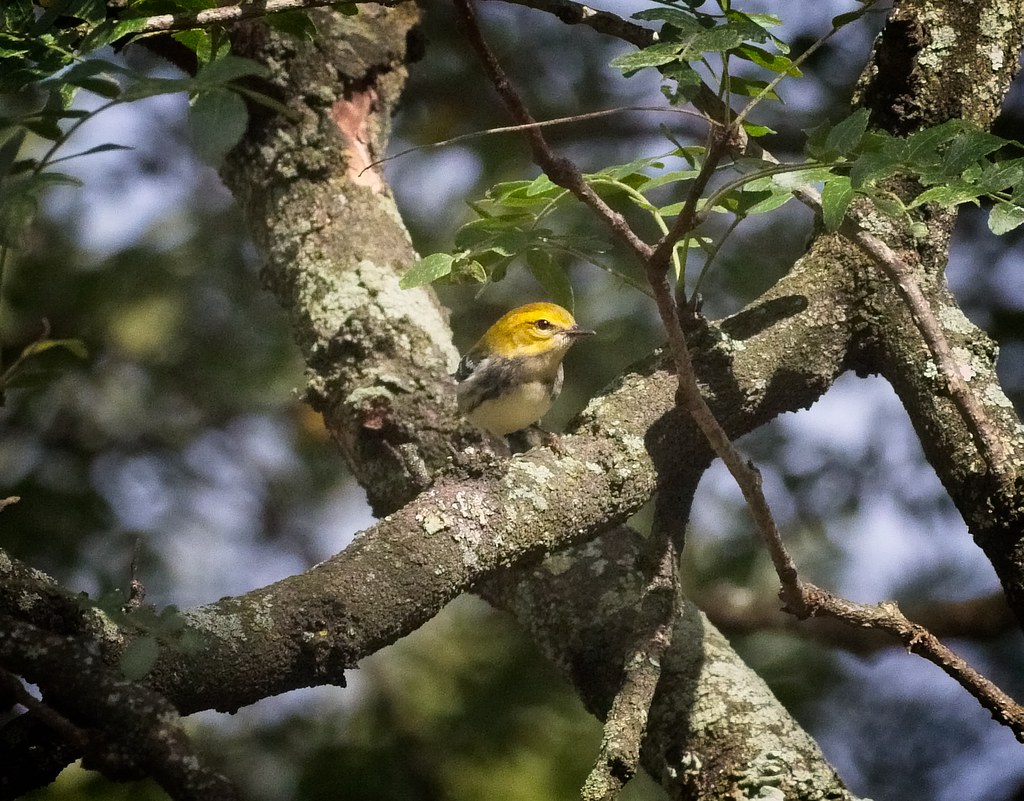 The two yellow Palm Warblers below were rambling around Central Park. They can usually be seen foraging on the ground in the grass or dirt, and aren't as shy as some other birds. I've probably seen more Palms than any other warbler this season. 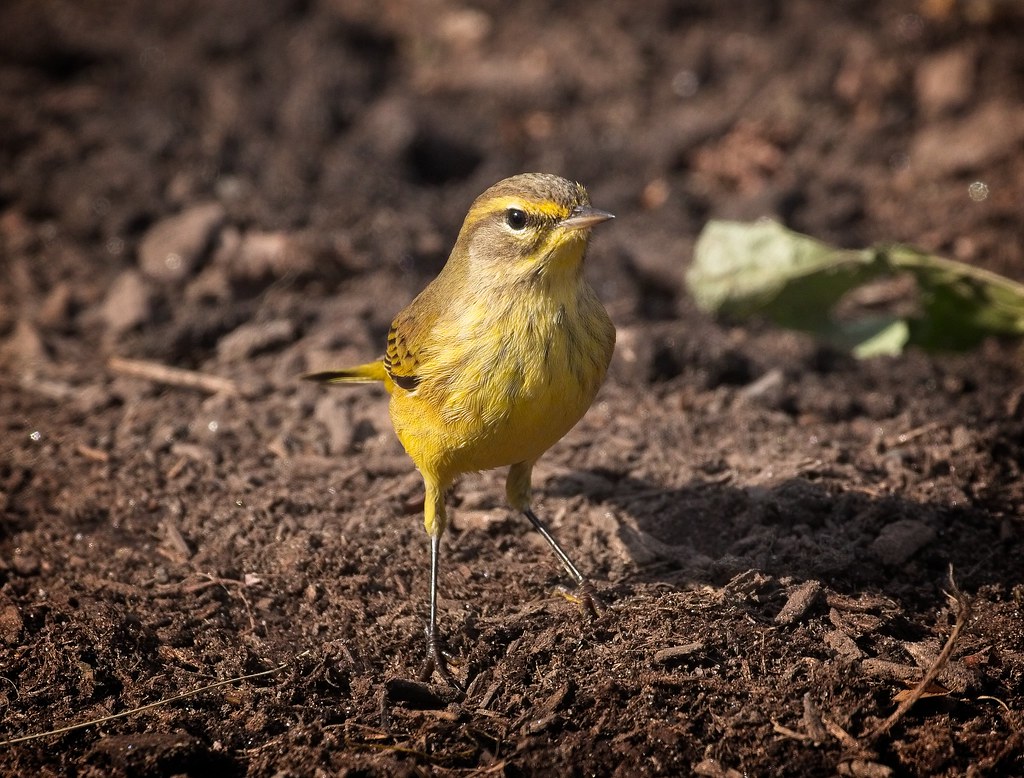 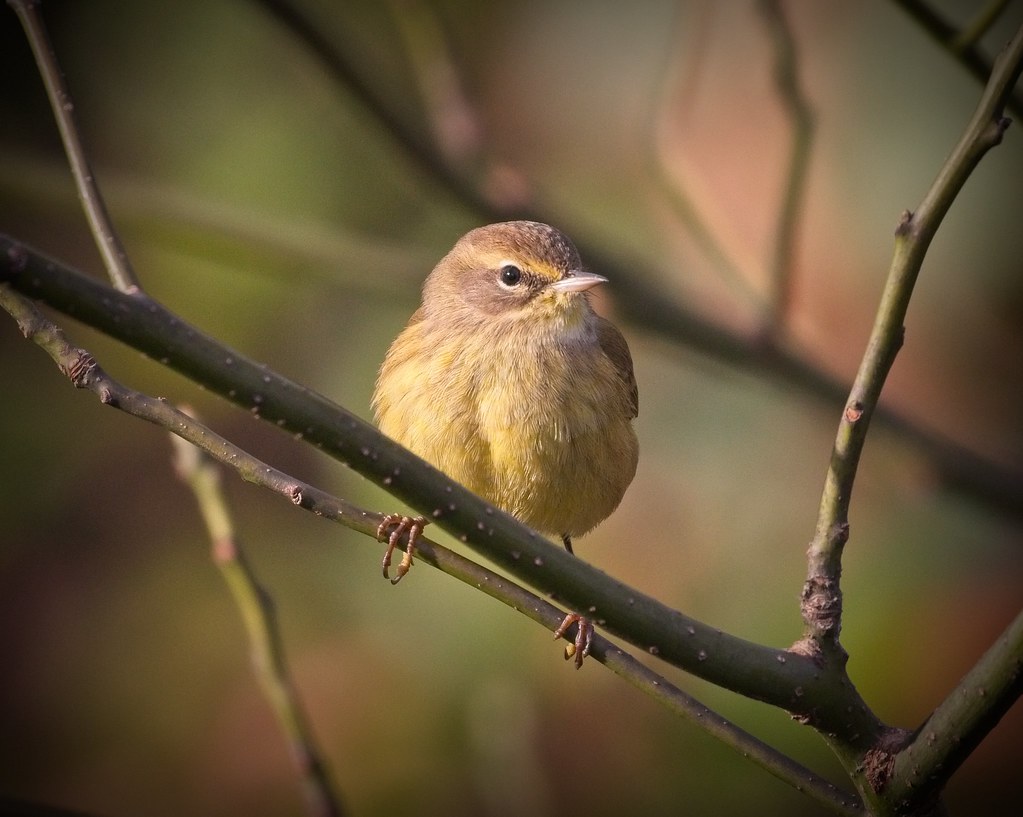 Bright blue male Indigo Buntings will usually draw a crowd of admirers, but the females can be overlooked as they appear drab in comparison. The one below shows off her bluish tail, but is otherwise a warm brown with subtle markings. I think she looks elegant. 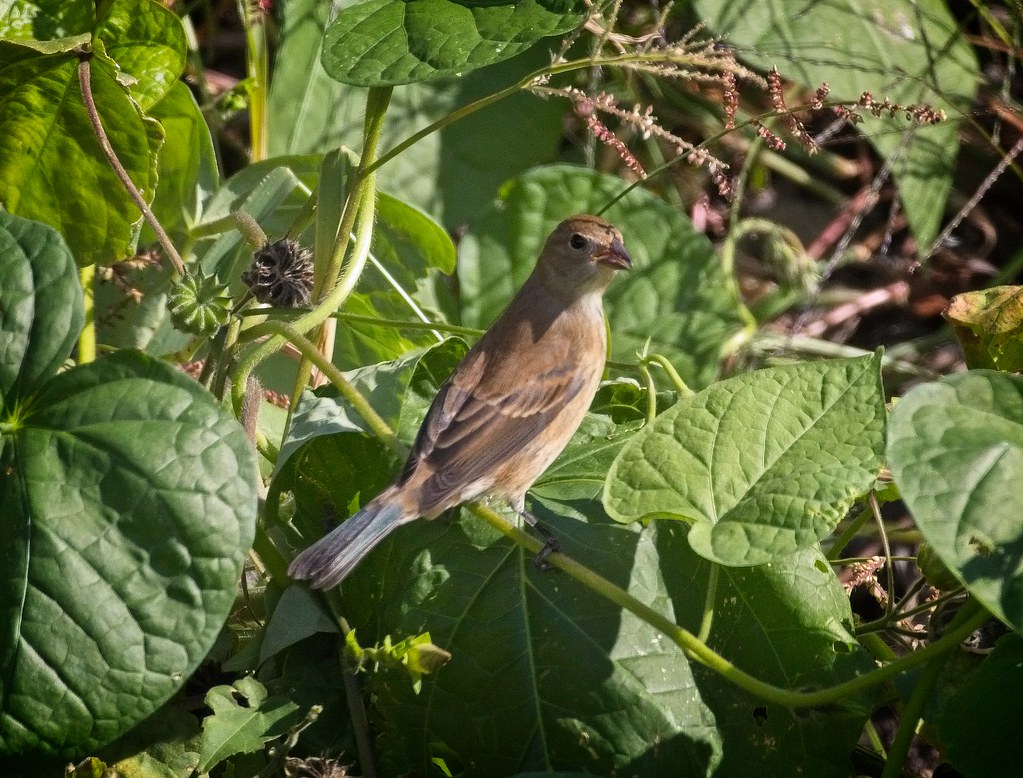 Another female bird who is not as flashy as her male counterpart is the House Finch. The one below does have a hint of red to her cocoa-colored coat, and I like the soft streaking on her sides. She may or may not be migrating as these birds can be found in the city all year. Interesting fact: House Finches came to be in NYC after being released from a pet store in 1940. 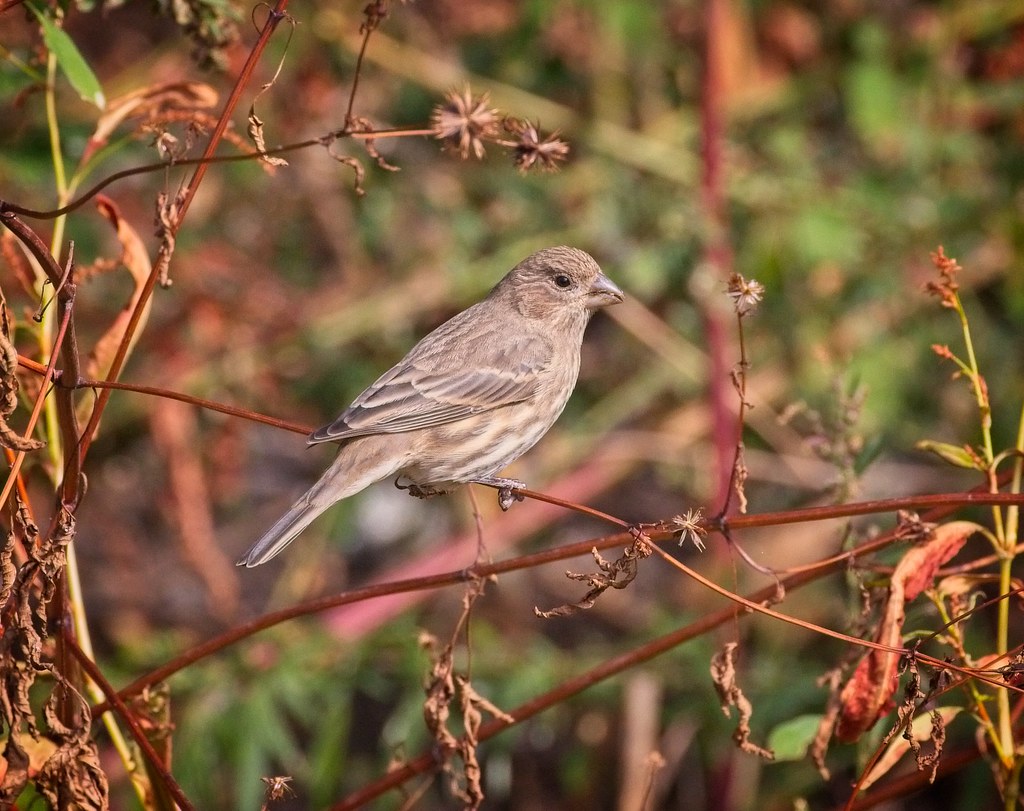 I've been excited to see a lot of wrens this fall season. They are tiny, fast-moving birds that dart around the underbrush like mice, but this Winter Wren paused in the sun in Central Park long enough for me to snap a single photo. In 2016, there was one in Tompkins Square Park that was much more cooperative. 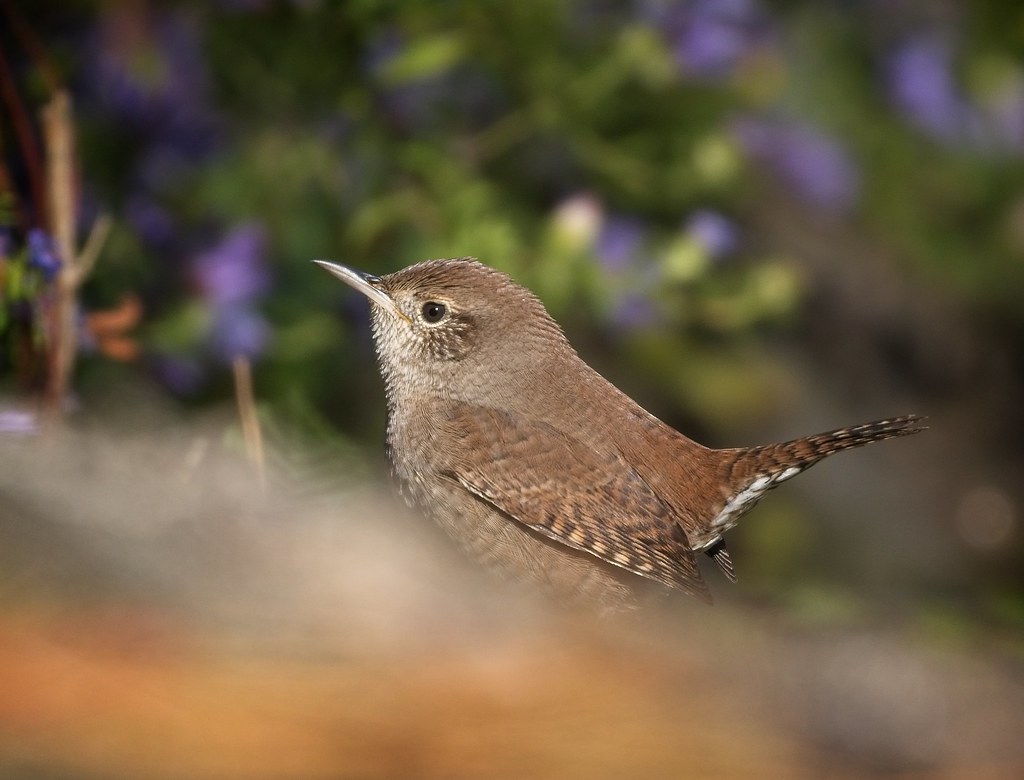 One of my goals this year has been to learn more about sparrows. Chipping Sparrows travel through the city in spring and fall, but I was also able to spend time with them over the summer in their nesting grounds in Connecticut. I've found the best way to tell sparrows apart in the field is by ear, and the Chipping Sparrow's call/song is one of the easiest sounds to learn. 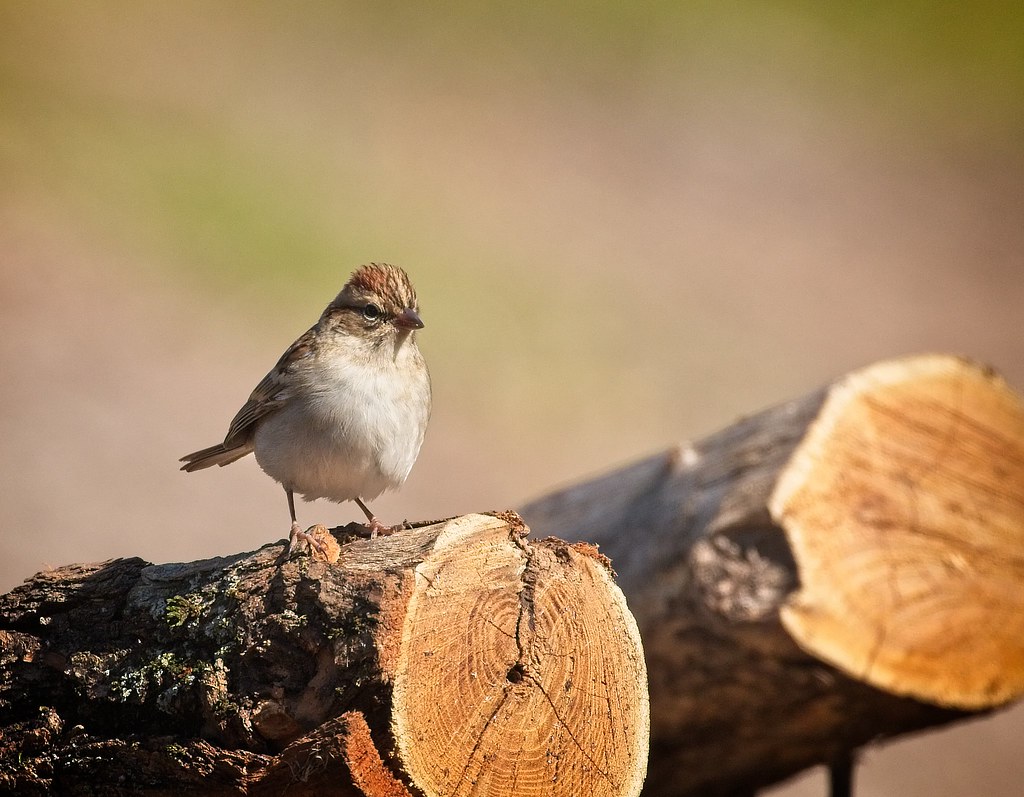 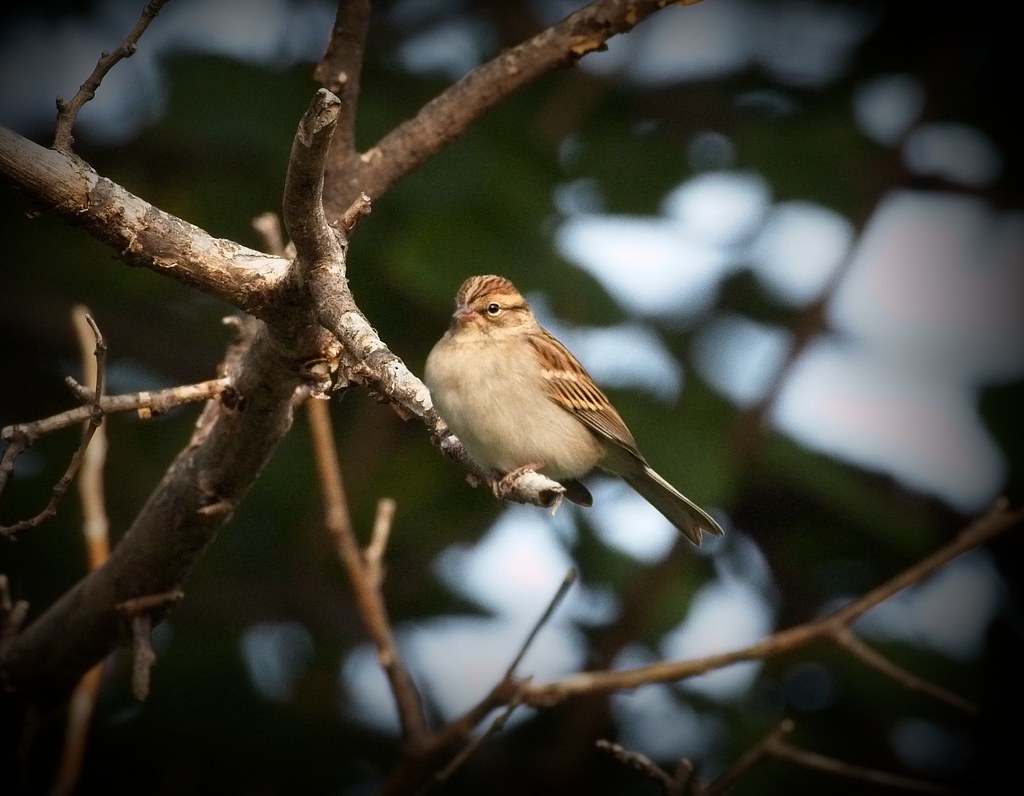 Another sparrow with a distinctive voice is the appropriately-named Song Sparrow. These birds nest on Governors Island in the summer, which is a great place to go and listen to them as they compete with Red-Winged Blackbirds for the Who-Can-Sing-Loudest Award. 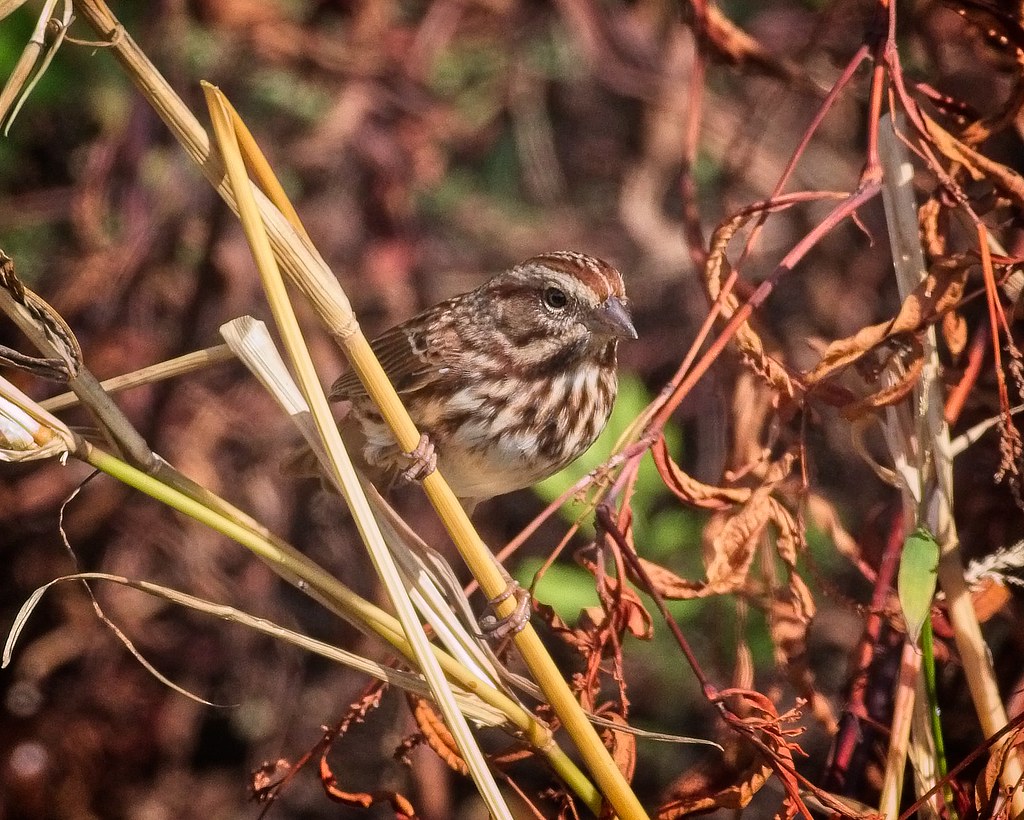 One of the tiniest and quickest moving birds is the Ruby-Crowned Kinglet. These guys always give me a challenge when trying to photograph them as they dart around non-stop. The one below is in the process of stretching upwards to snatch an insect out of the air. 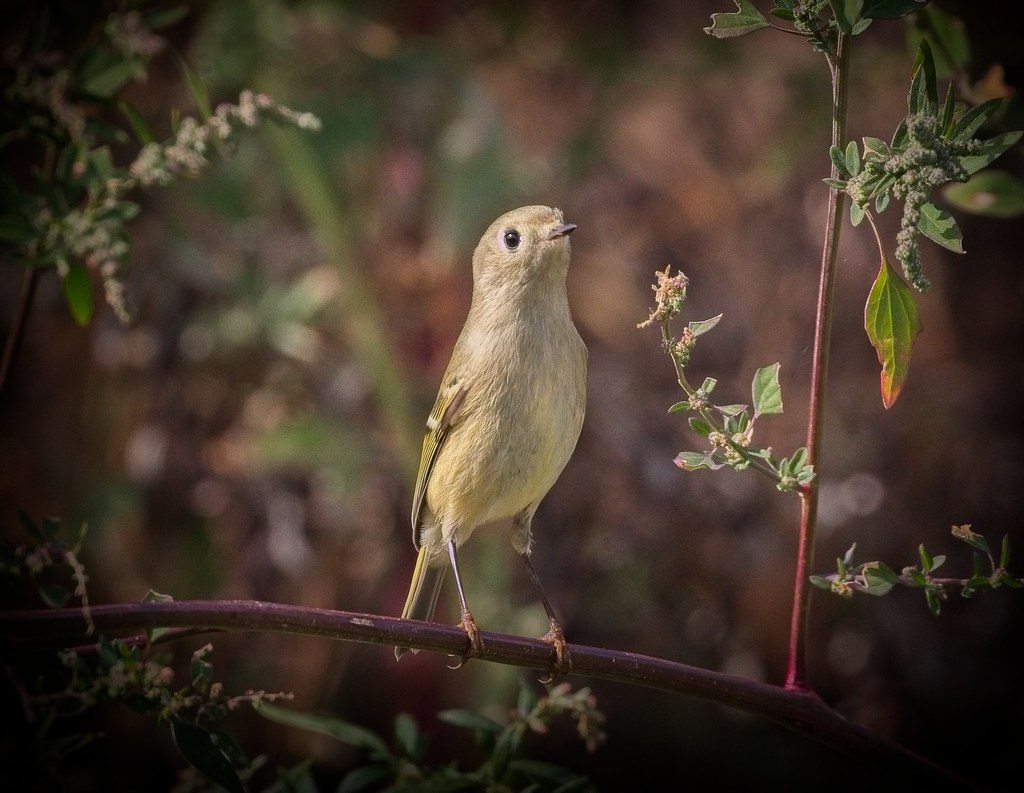 I had some luck recently seeing Common Nighthawks as they zipped around the sky at dusk. I've not been able to photograph one since 2014, when they appeared in Tompkins Square Park. I've seen them recently in Central Park, and the one below was flying around the Brooklyn Botanical Garden. They can be identified in flight by the white patches on their wings. 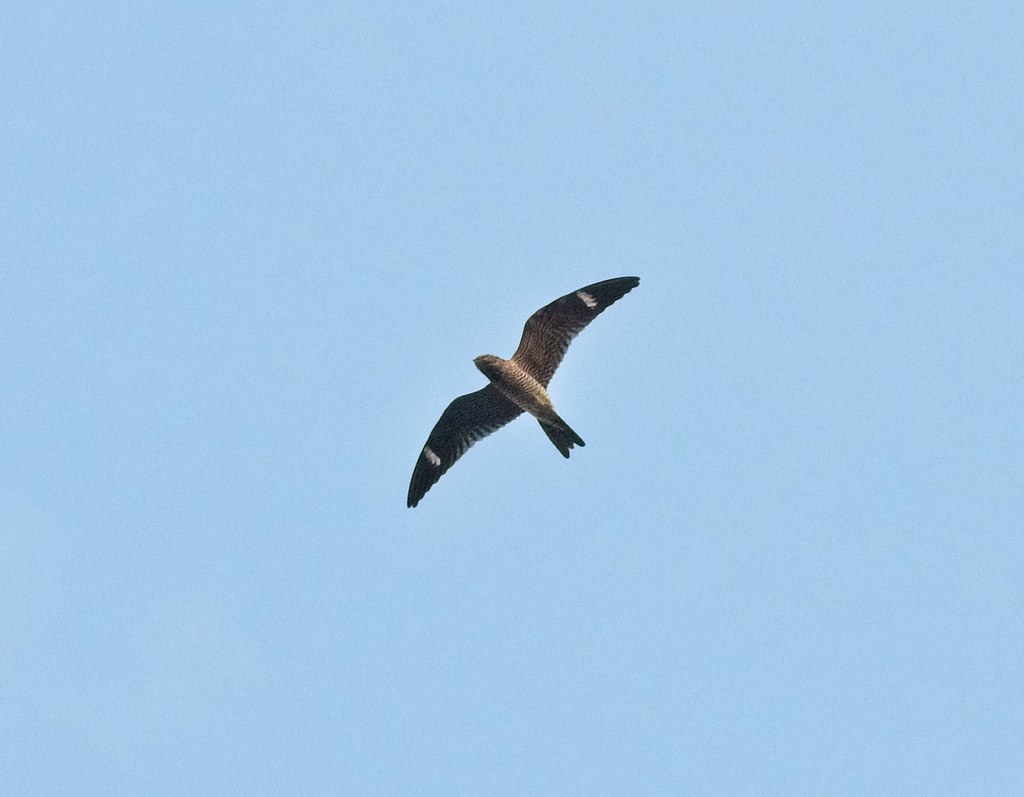 The city has seen some unusual visitors this fall, including this Virginia Rail, who hung out in Abingdon Square in the West Village for several days. I'd never seen one before, so this was a special catch for me. These birds are usually found in wetlands, so seeing one in a tiny city park was pretty cool. It was happily eating earthworms that were exposed by gardeners who were turning up the soil in preparation for planting flowers. 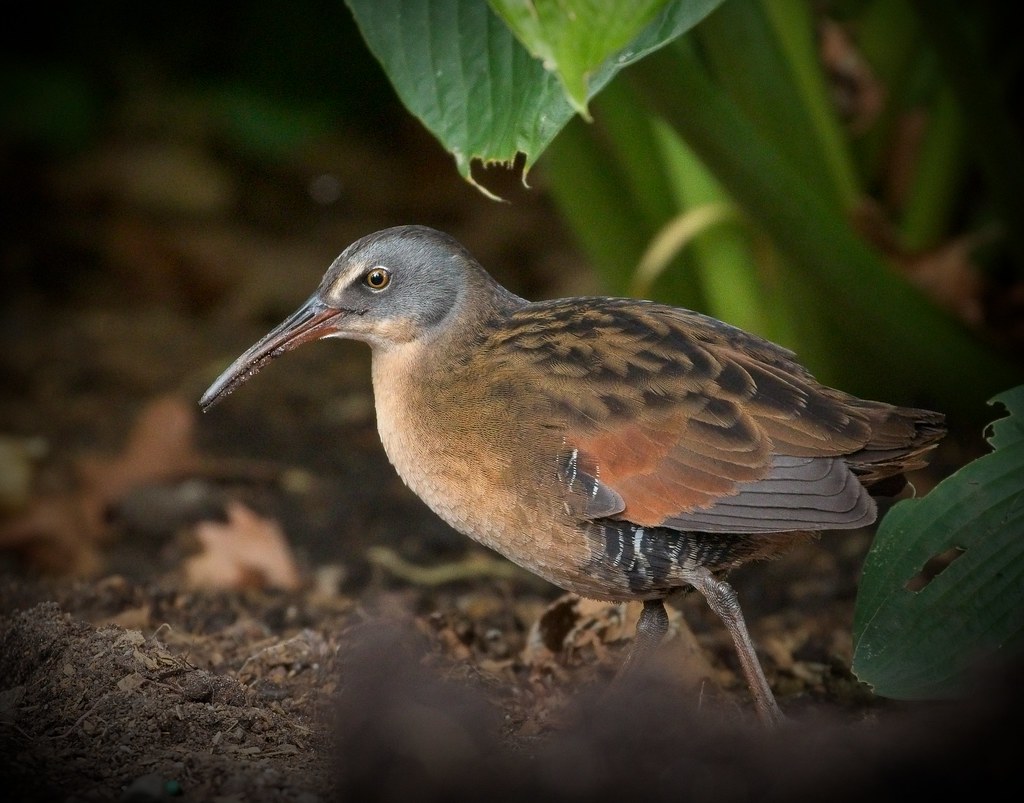 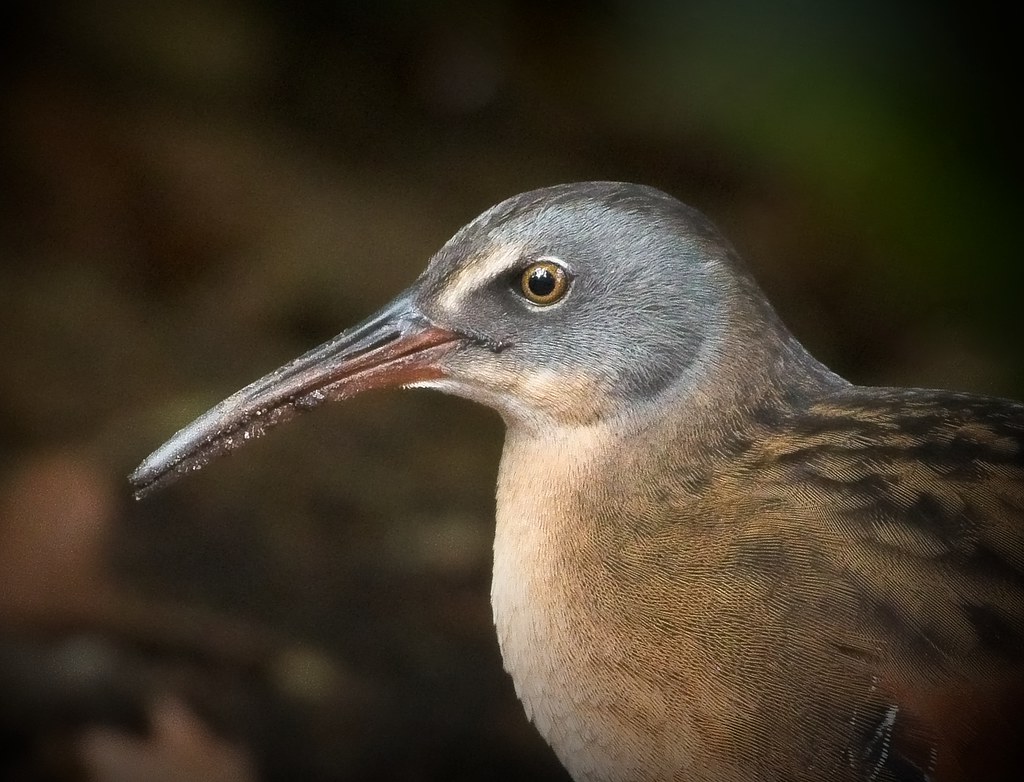 During the same time period, a Sora turned up in Madison Square Park. About the size of a European Starling, this small wetland bird was more difficult to spot. It hid in the bushes for long periods of time, then would run across open areas to get to another patch of dense vegetation. 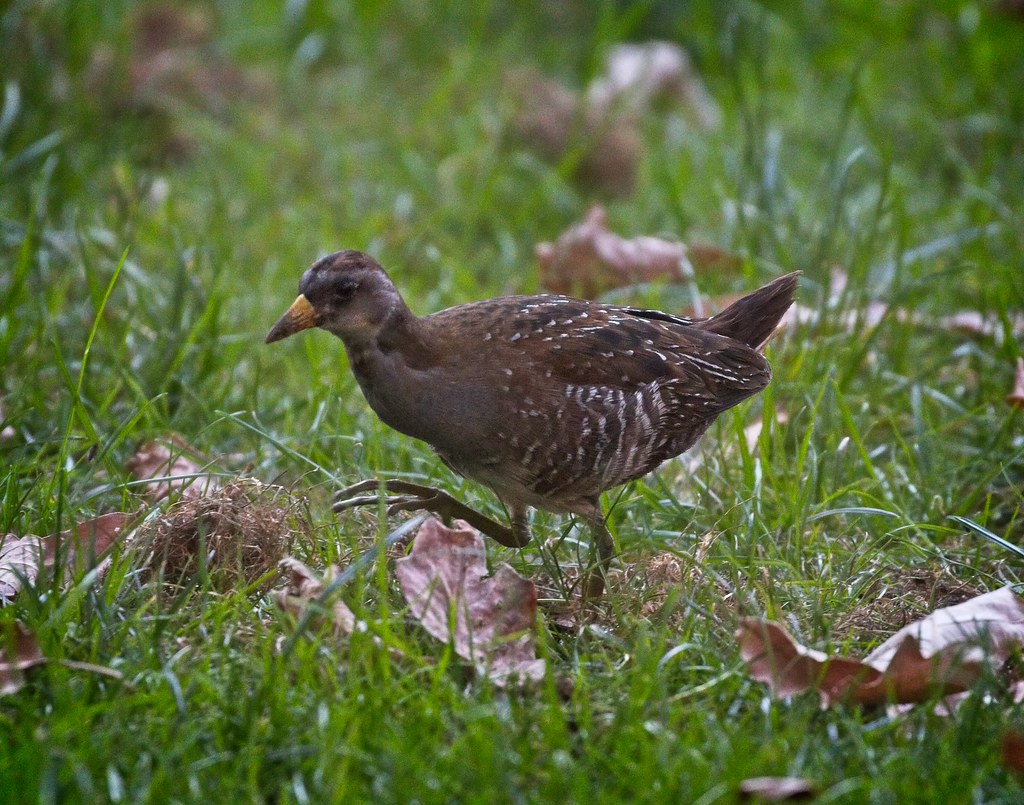 This unusual bird is not native, nor is it a migrant. It is a male Pin-Tailed Whydah, native to sub-Saharan Africa, and is likely an escaped/dumped pet. He was found hanging out in the northeastern part of Central Park. Check out his spectacular tail! 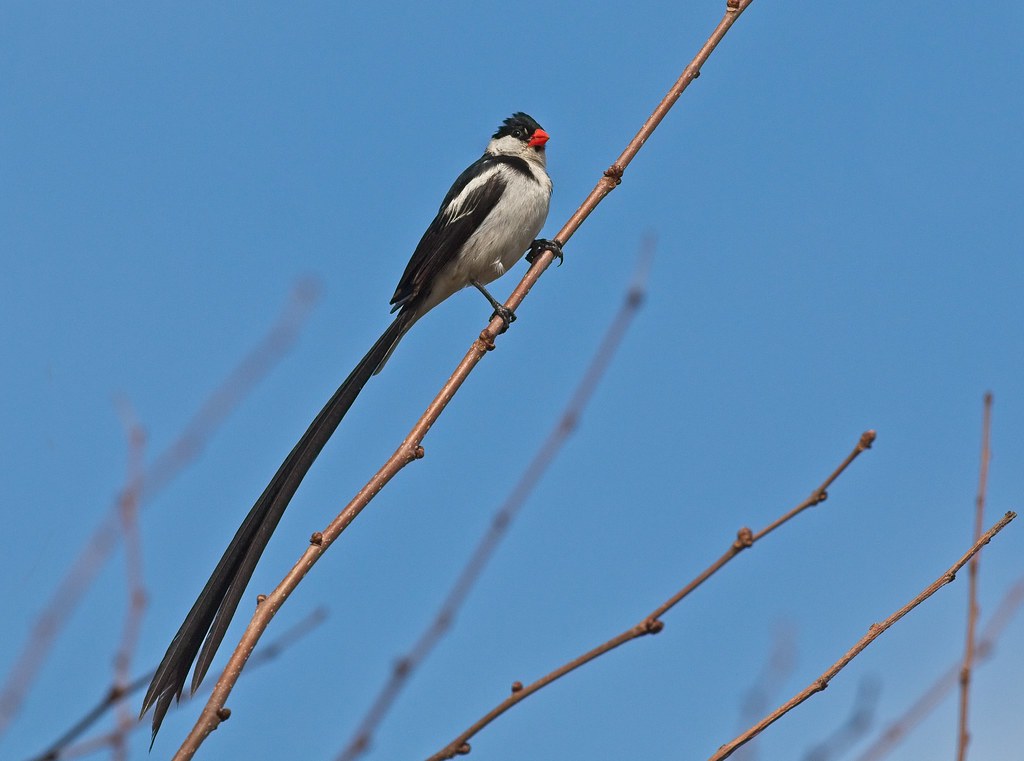 Although beautiful, the Whydah is an invasive species and a brood parasite. The New York Times (paywall) published an interesting article back in 2017 about how the bird is invading California after individuals have been released by pet owners.

The one in Central Park is a lone male, so won't likely cause any harm, but we've already seen one major bird invasion thanks to exotic species being introduced to Central Park. 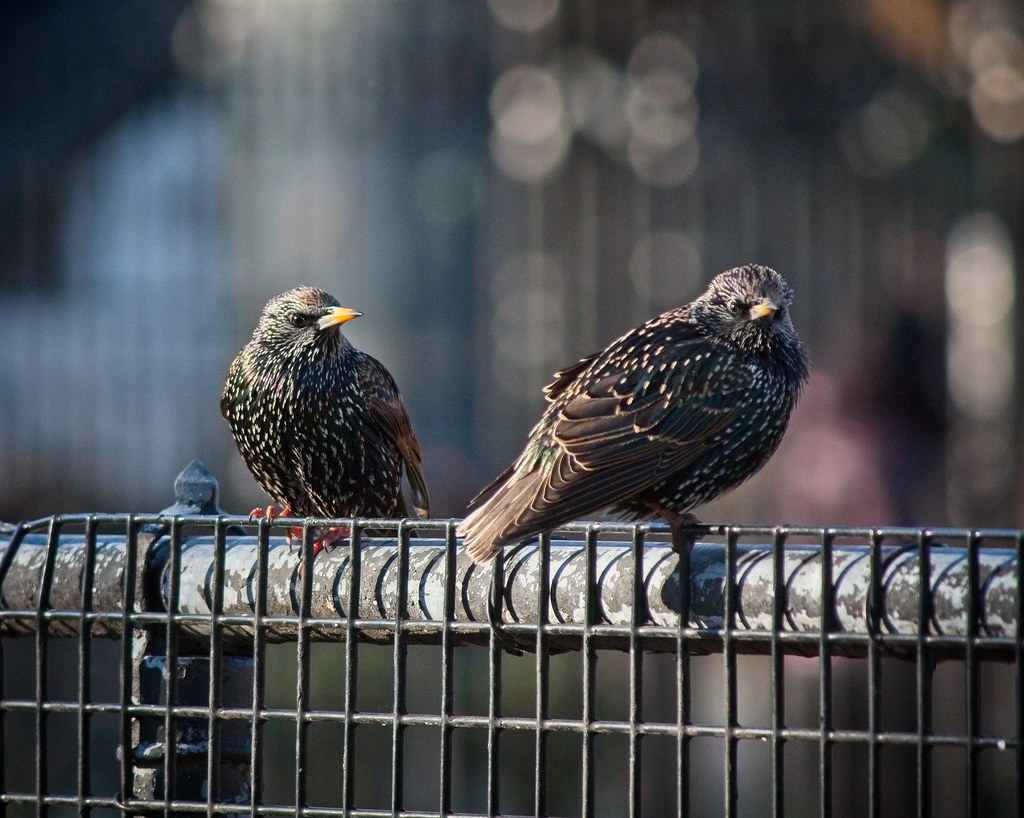