Checking in on Christo and Amelia

It's time to check in on East Village hawks, Christo and Amelia, and everything seems to be business as usual.

I recently found Amelia perched on the cross of St Nicholas of Myra at Avenue A & 10th Street at sunset. She had some red bits on her beak, indicating she'd just finished dinner. 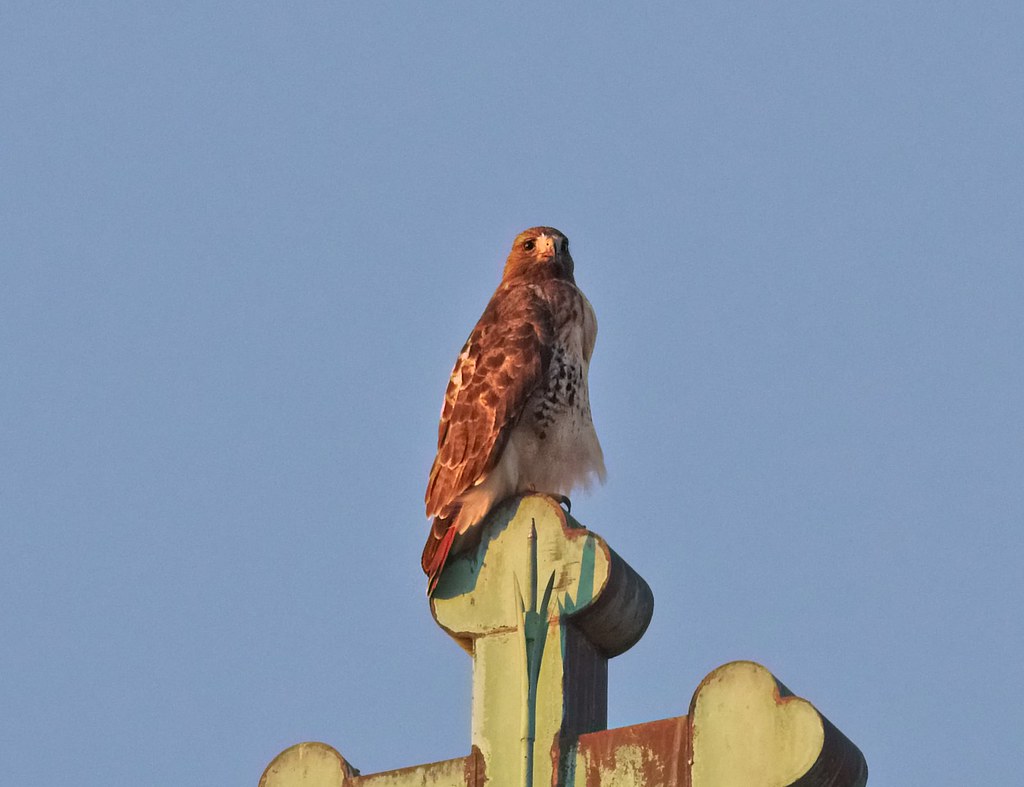 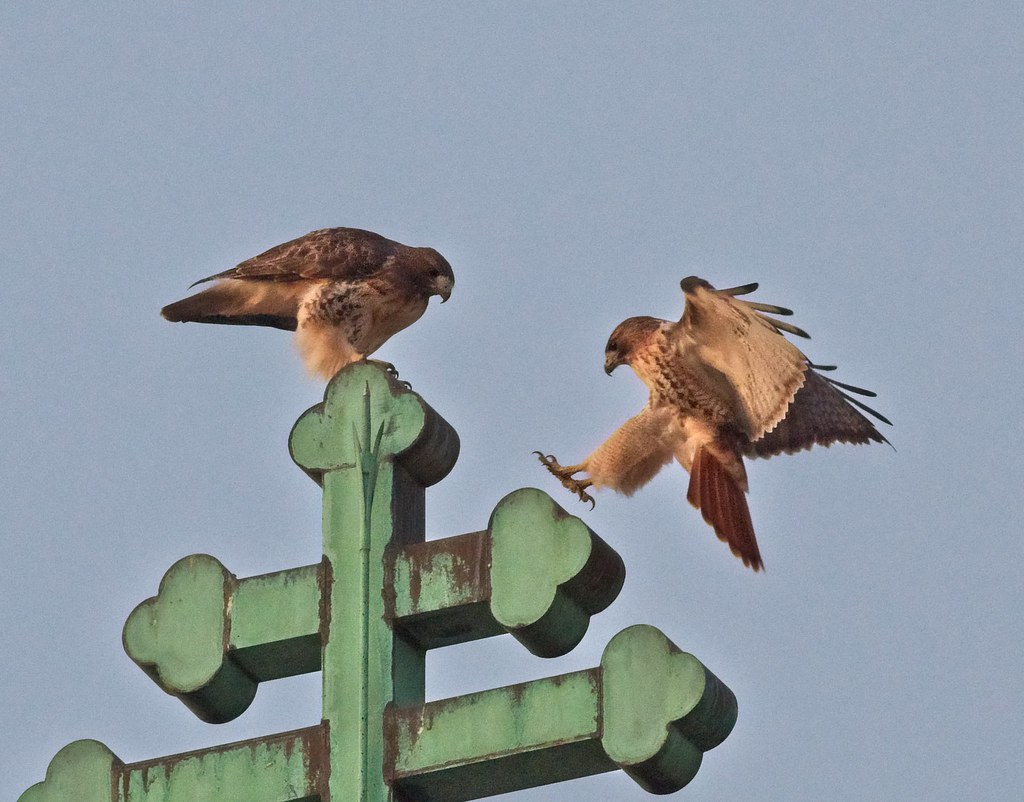 The pair stayed on the cross until the sun went down, and then flew off together towards Avenue B. 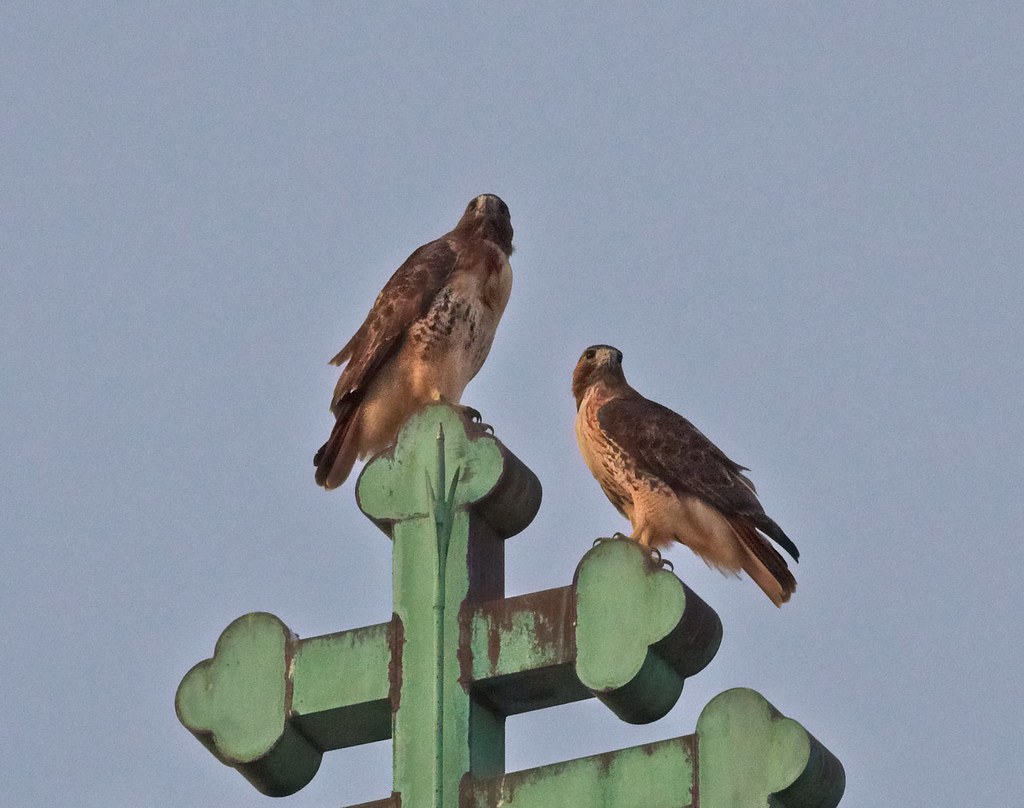 On another late evening, the pair hung out on top of the Christodora, soaking in the last bit of sun. I haven't seen them up there in a while, so this was a good sign. Maybe they're scoping out their next nest location. 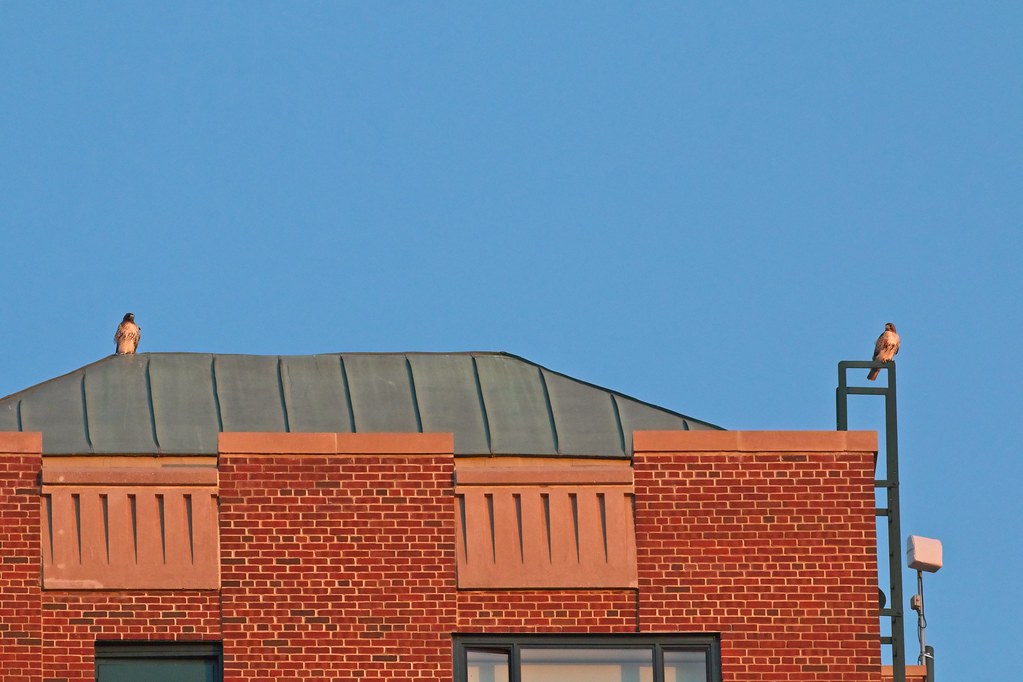 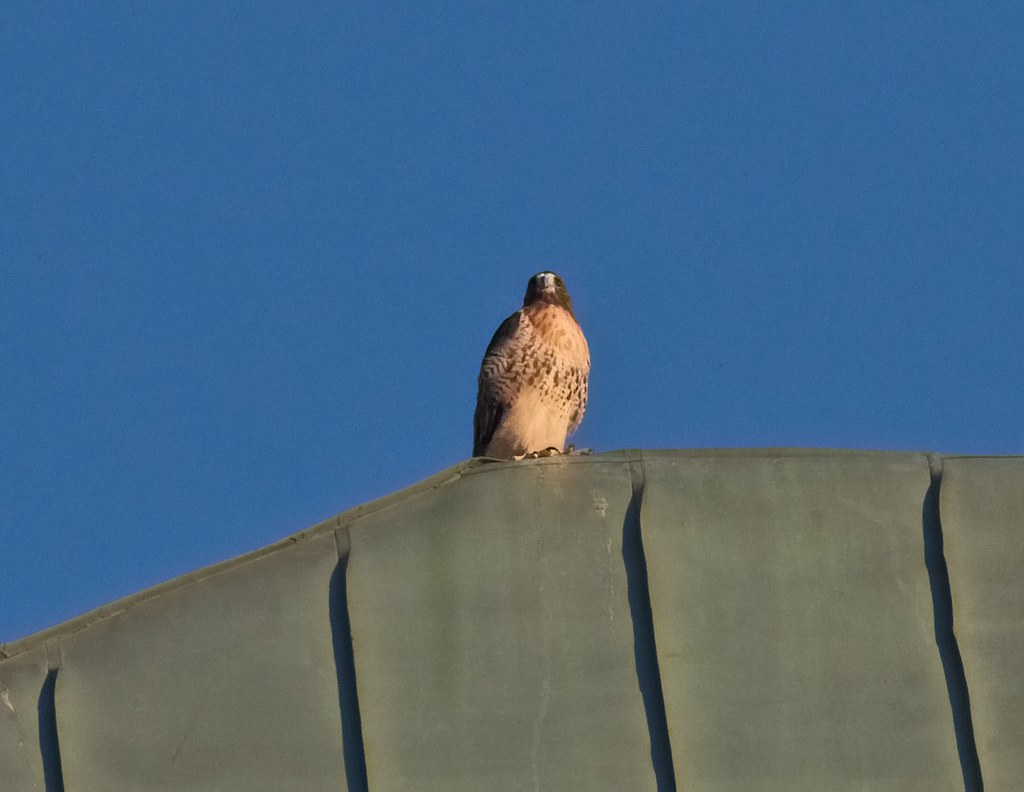 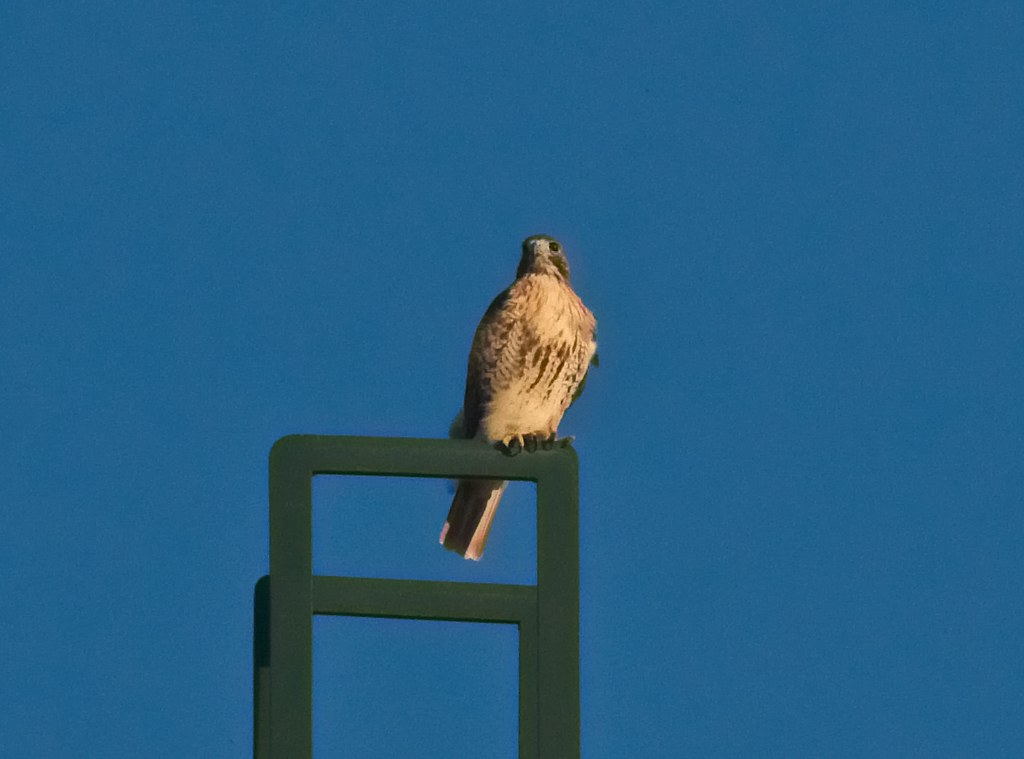 Early this last Saturday, I found the hawks relaxing on the east side of Tompkins Square. Amelia rested and preened in a tree. 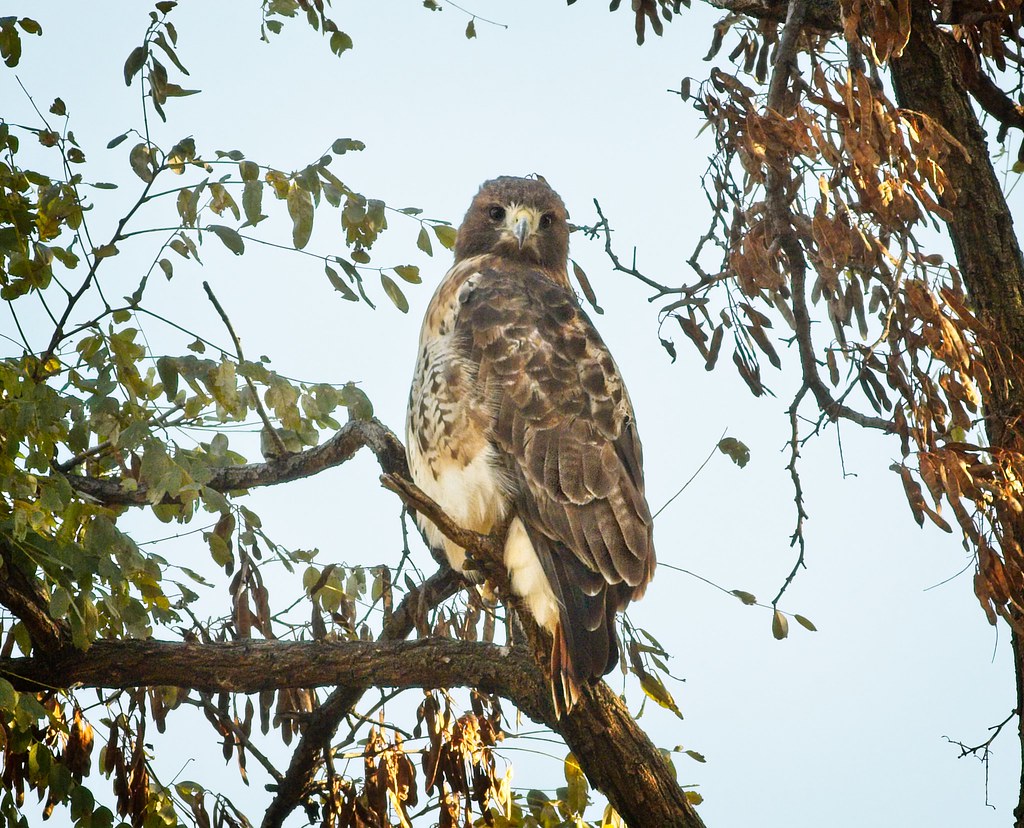 A short distance away, Christo chowed down on a rat. 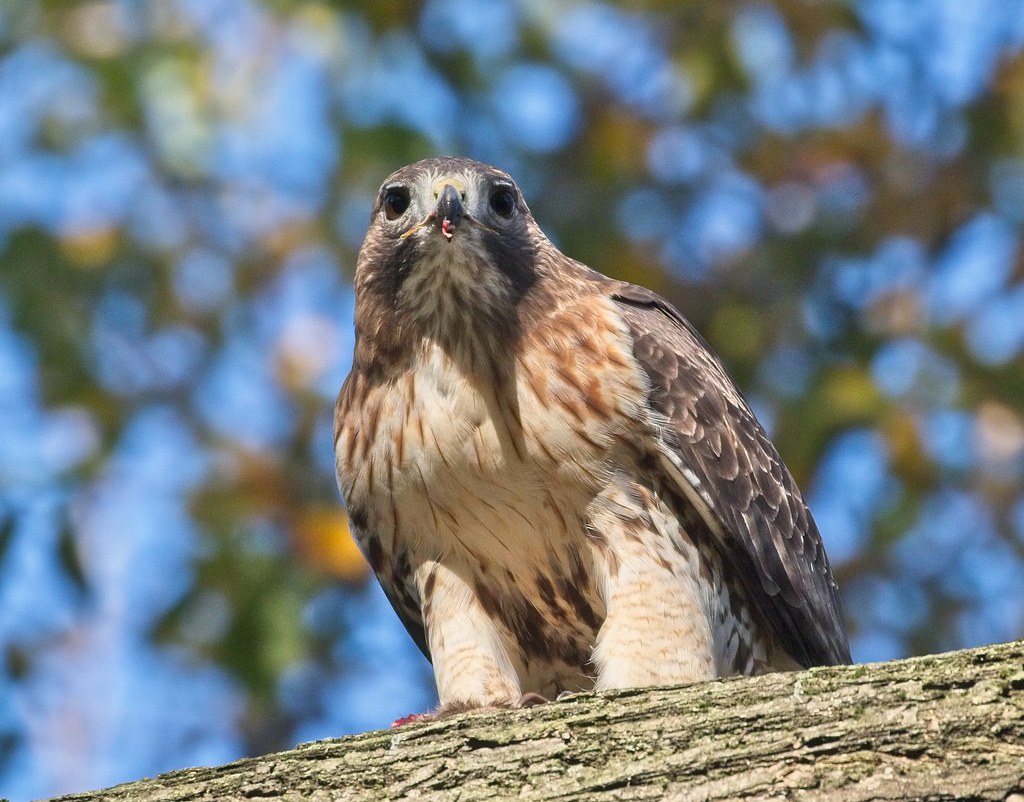 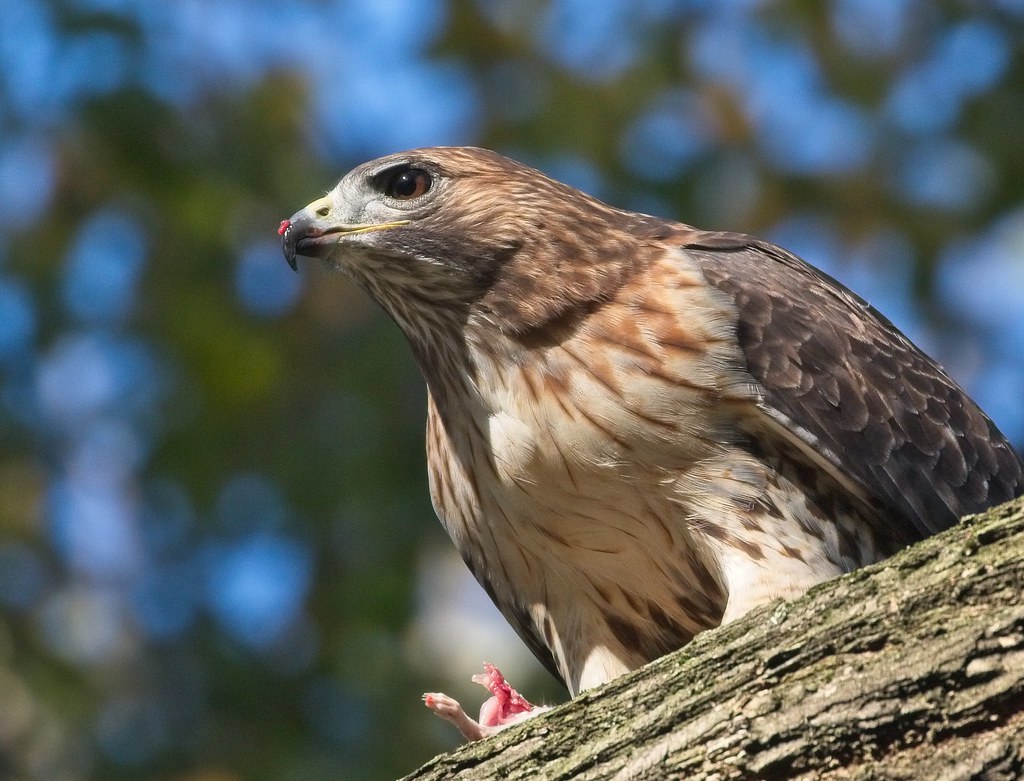 Brunch over, he cleaned his beak off on a branch. 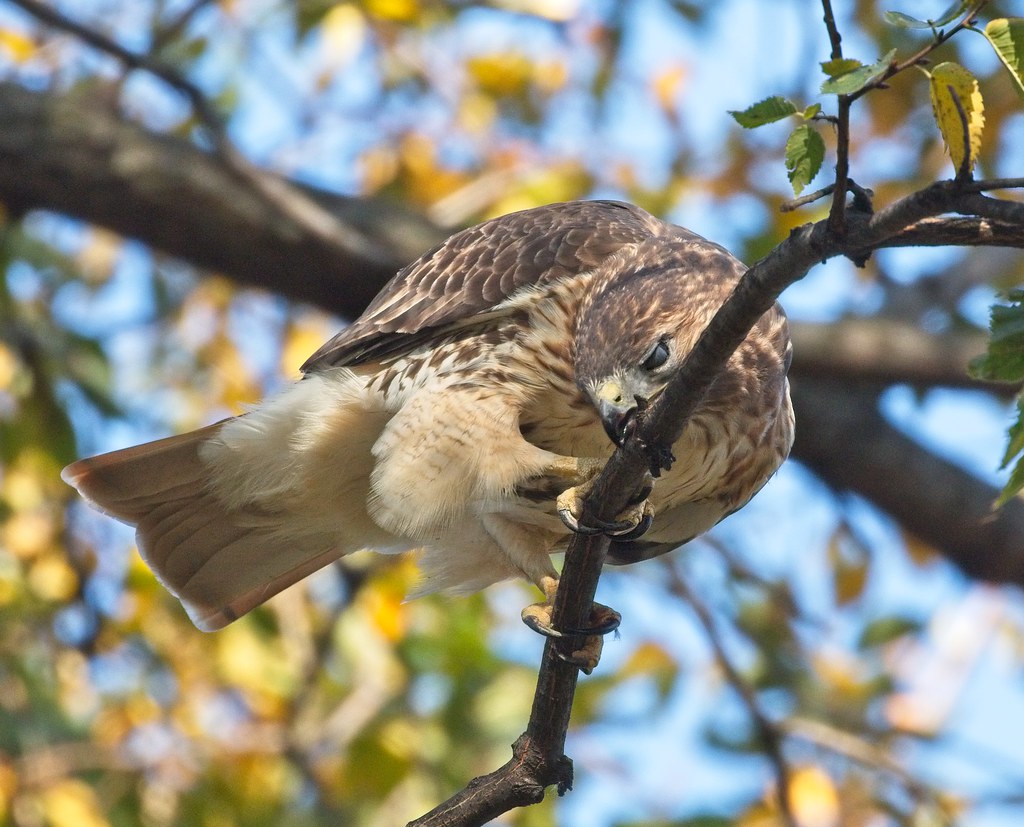 I've been seeing Christo hunting in the park at or after sunset, which is when the rats get active. Unfortunately for me, it's difficult to photograph him as the light fades away. 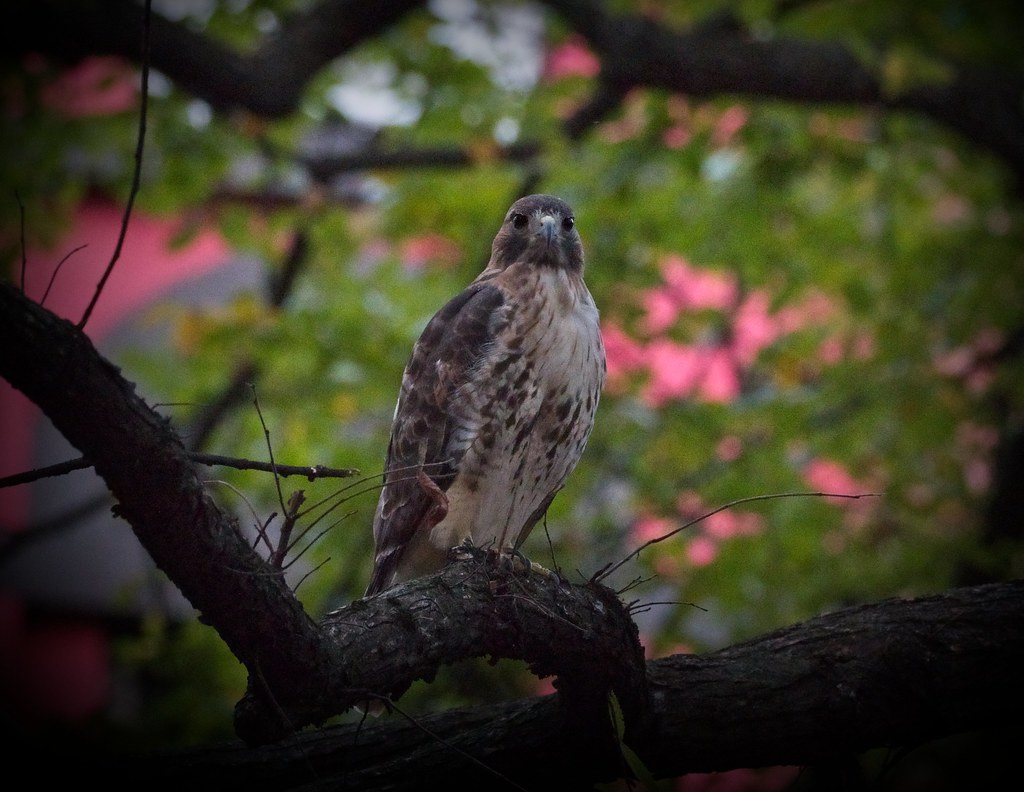 I was curious whether the recent re-opening of the SE quadrant of the park would change the hawks' routines or habits, but they seem to going about their lives as usual.

Bonus raptor: This female kestrel was having a productive afternoon hunting insects on Governors Island. This is the last week the island will be open to the public for the season, so get out there while you still can.